So many noes. So little time…

If your invite to the hottest catwalk show at London Fashion Week got lost in the post, not to worry, there’s still a whole heap of great things to see, hear and do over the next seven days.

From a powerful retrospective of the legendary British photographer Don McCullin at Tate Britain to an eclectic arts festival in Scarborough, it’s The Weekly EDIT. 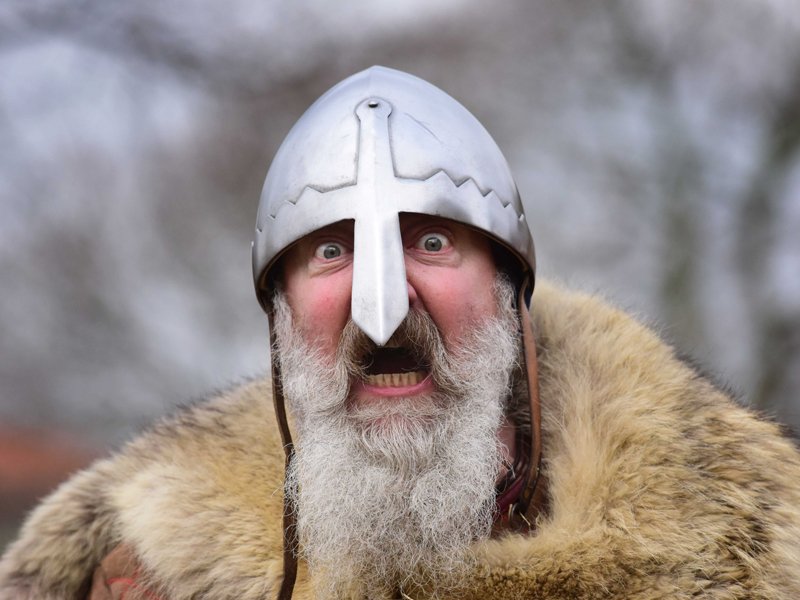 There’s an ever-enduring fascination with the horned Scandinavian raiders and pillagers, as seen in recent film and telly programmes, perhaps because due to their exploring they’re quite literally in our DNA.

York’s Norse heritage is celebrated with this fest every year where folk can delve into history with combat reenactments, talks from experts and workshops where you can channel your inner Viking, although hopefully without the bloodshed and destruction. 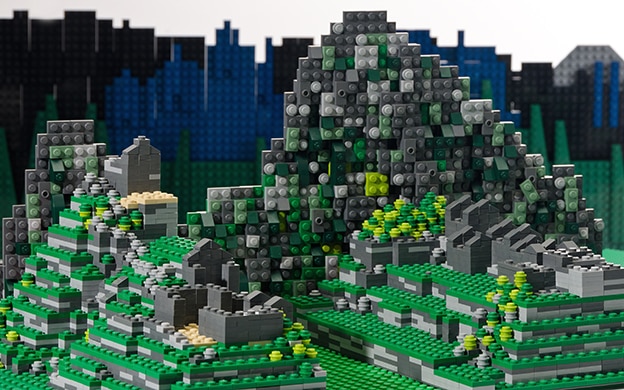 Lovers of Lego will want to head down to the Horniman Museum (no sniggering please) in Forest Hill, where they will find some of the ancient and natural wonders of the world made from the famous bricks.

Marvel at tiny versions of the Great Pyramid of Giza, the Great Barrier Reef and even the International Space Station made from thousands of Lego bits and pieces.

Thankfully there’s no miniature version of Trump’s proposed wall, for the moment at least.

Don McCullin at Tate Britain (till May 6th)

It features over 250 iconic photographs, many from conflicts like Vietnam and most recently Syria, along with domestic shots of working-class England, which are as harrowing as they are honest and will leave even the most hardened of those that visit with a lump in their throats. 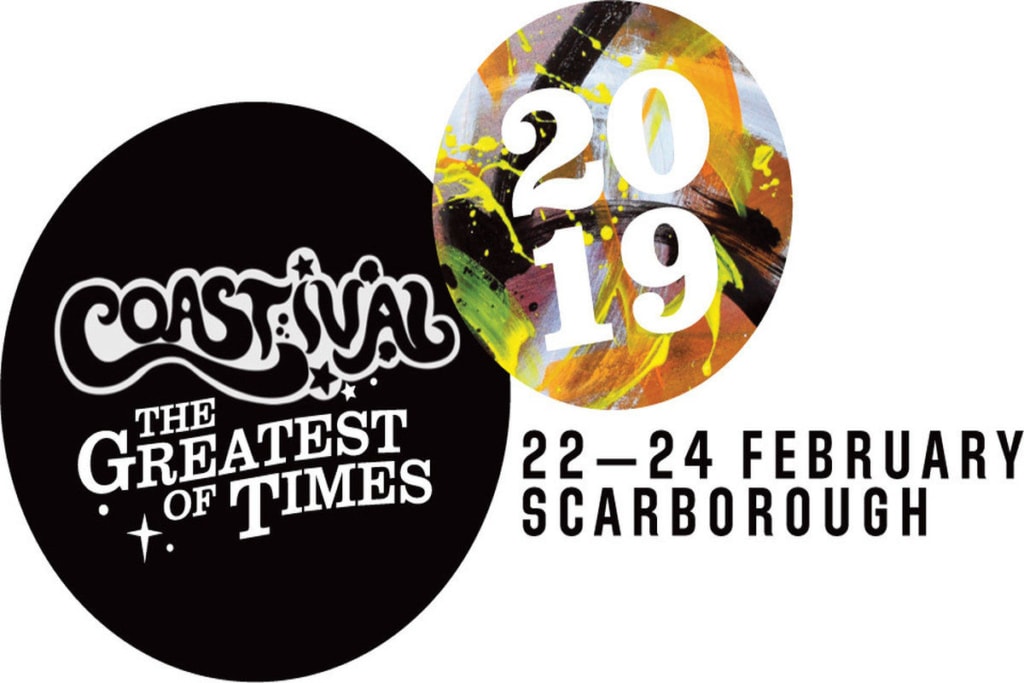 For its tenth anniversary, the Coastival Arts Festival returns to Scarborough with three days of events all across the East Coast resort from stage performances at the Grand Spa to those taking place in backstreet bars.

From immersive theatre to contemporary dance along with an eclectic mix of music and moving image, as ever it promises to be a happening not to be missed.

Peter Strickland’s deeply affecting film gets the stage treatment at the Donmar Warehouse in London.

The story follows a British sound designer in the 70s played by Tom Brooke who gets sent to Italy to add sound effects to a Giallo horror film.

Utilising soundscapes filled with imagined dread and tension this is one play you’ll listen to as intently as you watch.

Unforsaken Exhibition (21st till May 16th) 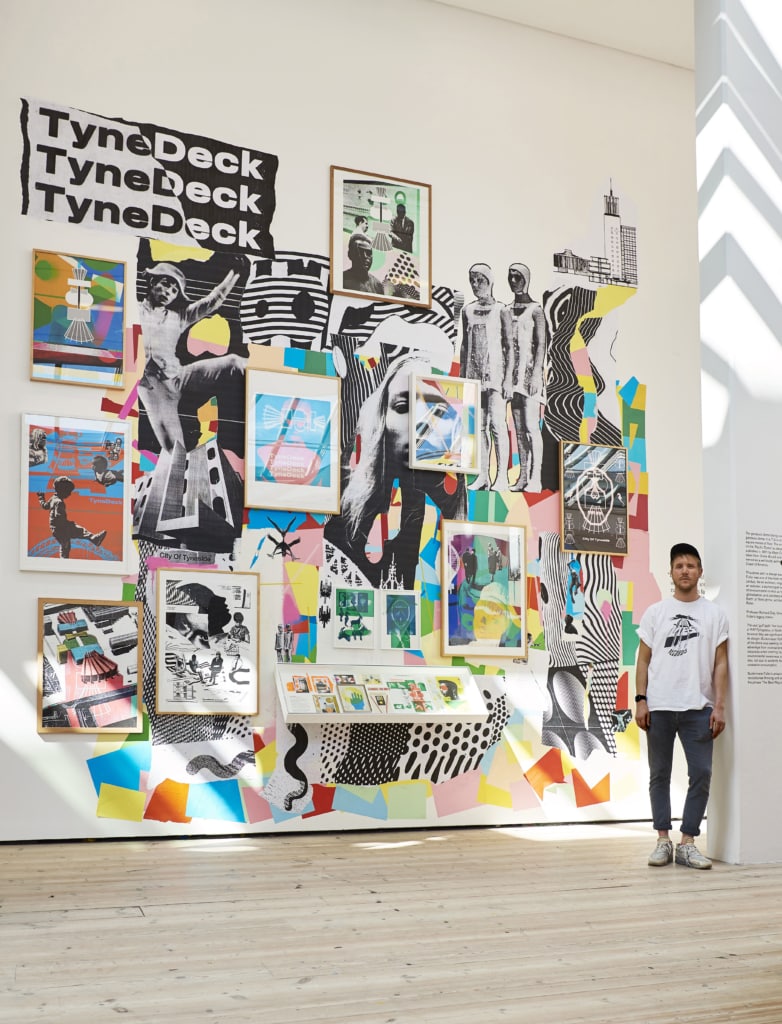 This free exhibition sees creatives Jimmy Turrell & Richard Turley take over The Book Club in Shoreditch with Unforsaken. The show seeks to find the beauty in old forgotten or discarded objects, exploring issues around loss, rebirth and salvation.

The exhibition comes in two phases. The first the large collage (above) filled with vintage book covers, framed magazine pages, screenprints and typography.

With phase two seeing Jimmy & Richard painting, collaging and drawing over the original pieces whilst also ripping into the original mural to reveal hidden meanings underneath. 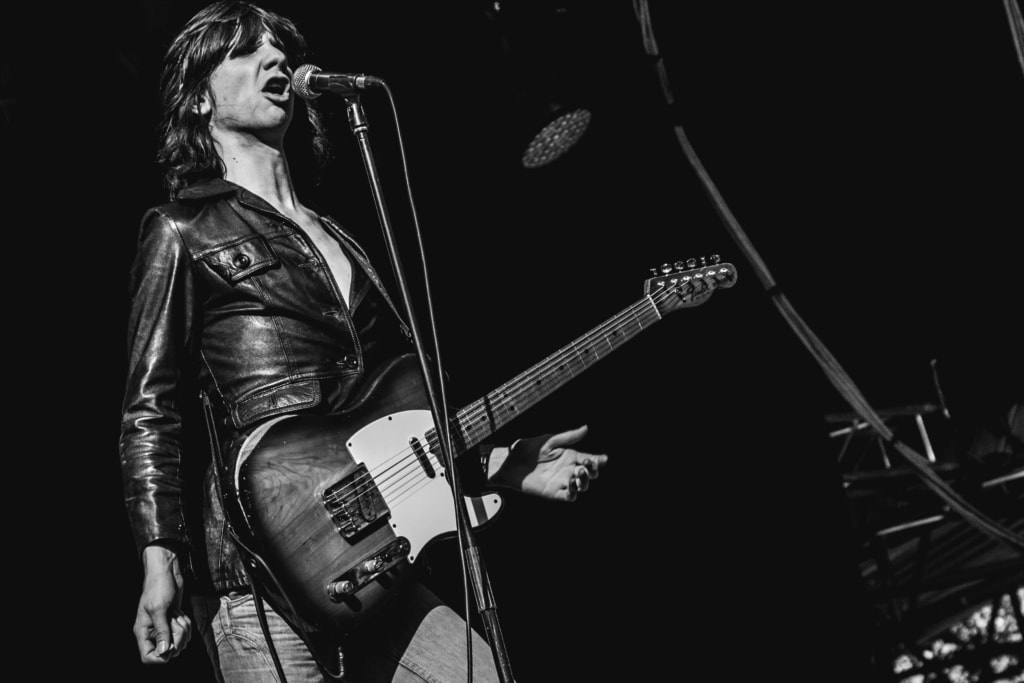 This rather interesting rock opera concept album focused on a human raised monkey named Shane going to school and the trials and tribulations the simian faced. Now that’s an idea we can firmly get behind.

Expect rich harmonies and shows tinged with madness. We’re all in. 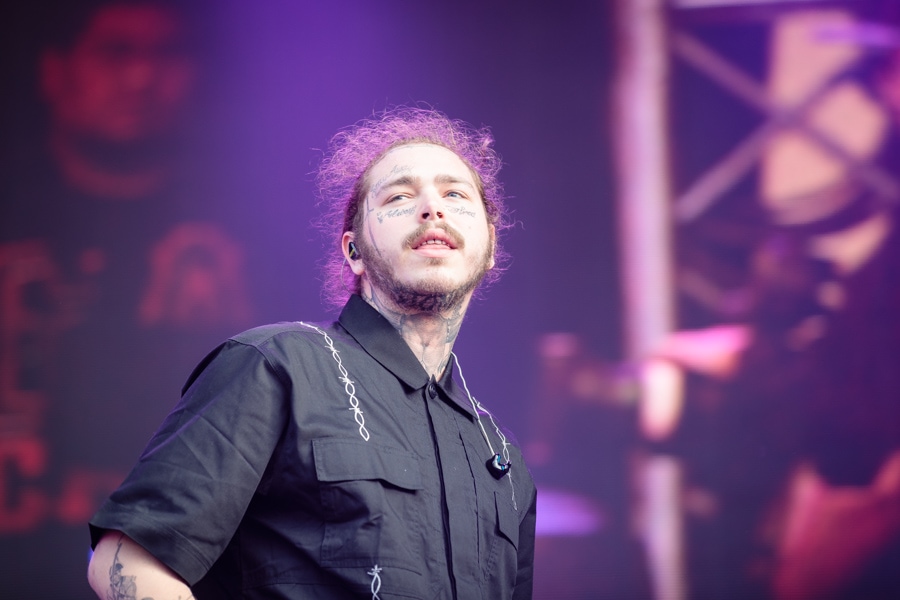 Texas rapper Post Malone is on his first touring visit to our shores and he’s already made a few waves by getting fined for smoking a cigarette on stage at his gig in Dublin on Valentine’s night, who said rock and roll was dead.

He’s in Manchester mid-week where he’ll be playing hits from his sophomore album, Beerbongs & Bentleys and on current form maybe even sipping a can of lager whilst doing so.

The UK’s biggest craft beer festival returns to the capital this week with a whopping 155 of the very best breweries taking part.

Hop heads from all over the country will be descending on the Truman Brewery in East London to sample the many delights on offer.

Live DJ sets from the likes of Groove Armada and Don Letts will soundtrack the drinking with top street food purveyors helping soak up the booze. 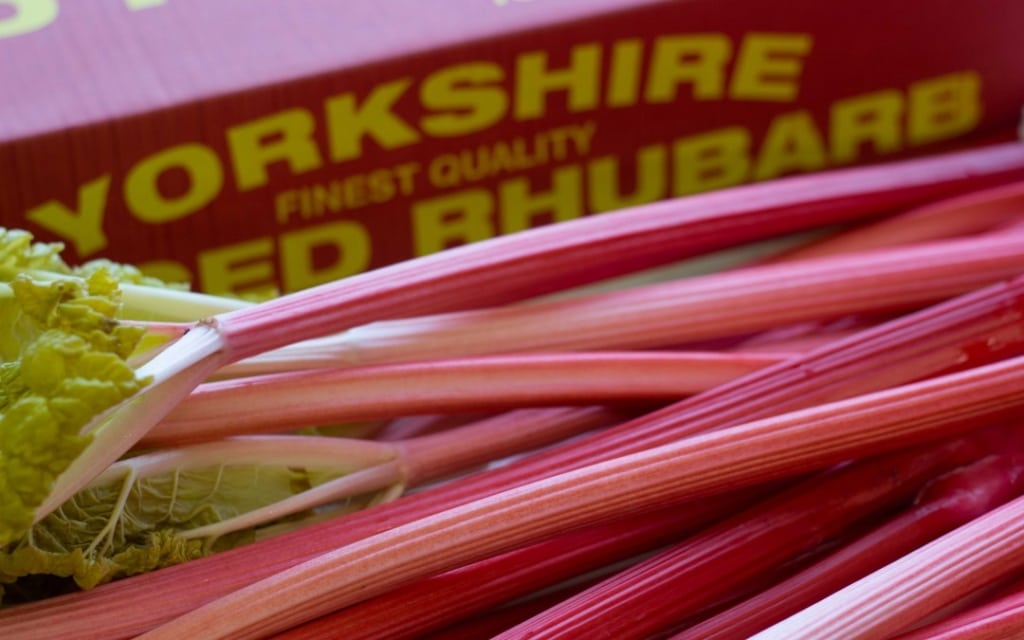 If this fruitiest of veg isn’t from the Yorkshire rhubarb triangle (no mysterious cases of disappearances yet), then it can’t be deemed Yorkshire Forced Rhubarb.

This foodie fest in Wakefield celebrates these stalks over three days with plenty of stalls, cooking demos and live entertainment. 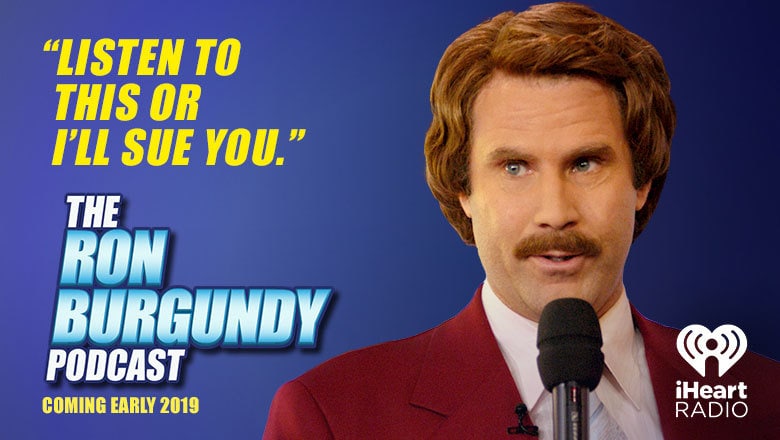 For those pining for more of Will Ferrell’s beloved anchorman Ron Burgandy, then rejoice as this brand new podcast from iHeartRadio brings Ron back for twelve hilarious, differently themed episodes. 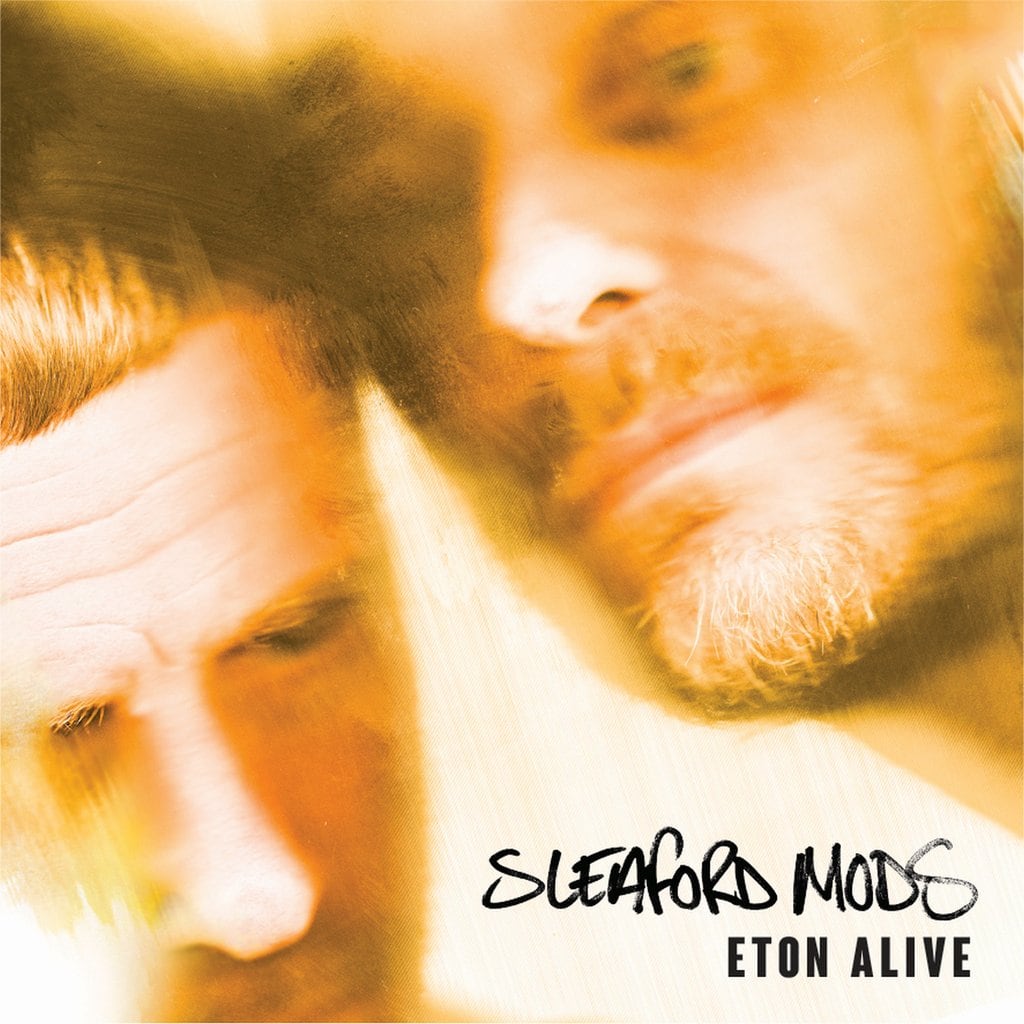 The award for album title pun of the year is already in the bag for the Sleaford Mods as they target the toffs running the country who all mysteriously attended the same school.

Jason and Andrew are still making music as politically charged as ever, with this fifth studio album recorded in their home town of Nottingham seeing them a little bit peeved at the state of the nation. Read our interview with the lads here. 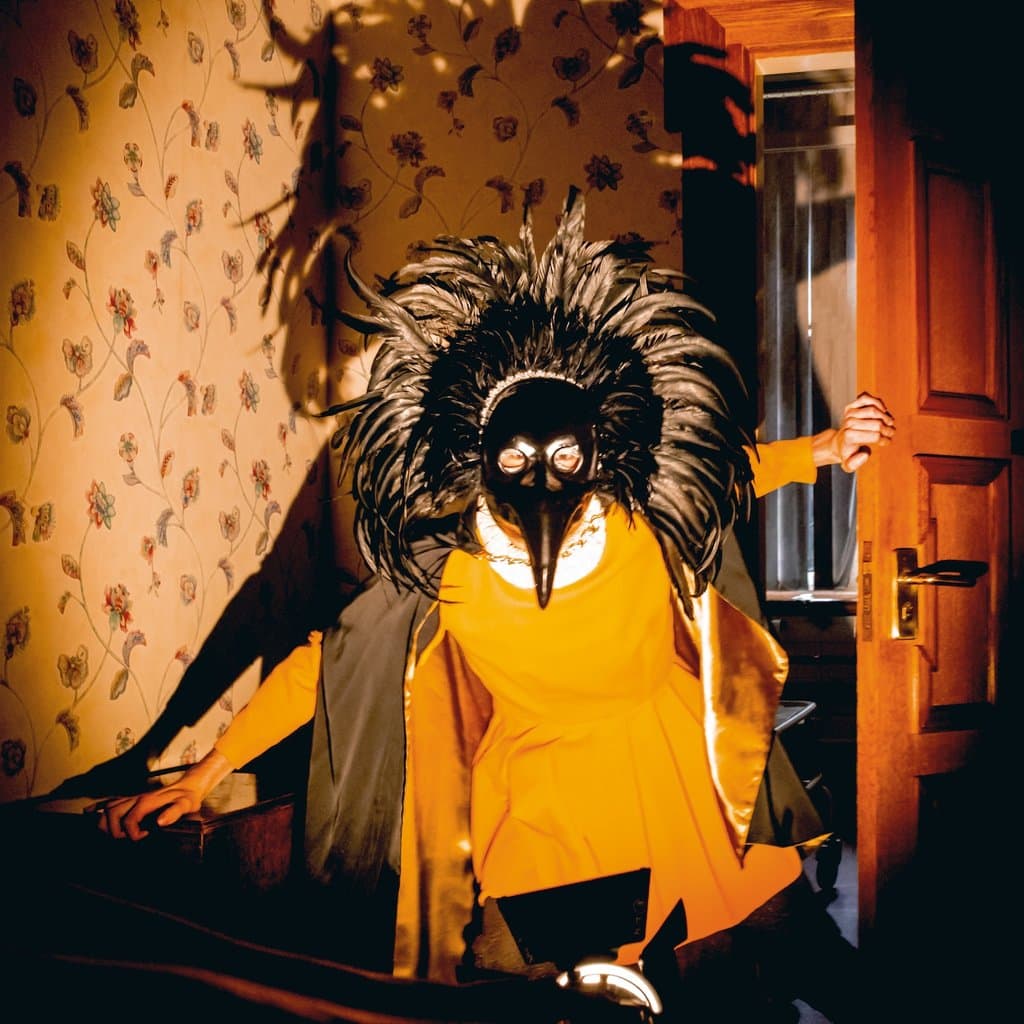 Another set of musical brothers here, this lot the Loveless boys from Derbyshire who make up two-thirds of garage rock outfit Drenge.

For their third album Strange Creatures, they’ve dialed their sound to darker. Opening track ‘Bonfire of the City Boys’ signals heavy is going to be a running theme, and tracks like the ‘The Dance’ are out and out frantic rock and roll.

But we also get synths, sax solos and a sense that there’s an experimental search going on to find their sweet spot. Expect more good things to come.

Second season for the Italian series inspired by the real-life events of the Mafia Capitale investigation, that looks at corruption and the criminal underworld in Rome and the Vatican City.

From the trailer, it looks like they’ll be even more revenge and power struggles between gangs, politicians and the clergy this time around.

If you enjoyed Gomorra you’ll want to try this.

The Brit Awards used to be must-watch telly, whether Chumbawamba were chucking their drinks over political top brass or Jarvis Cocker was waving his behind at the King of Pop.

These days it feels like a bit more of a corporate affair, but there are some good reasons to give it a view this year. One reason to tune in is to see MALESTROM alumni Sam Fender pick up his Brits critics’ choice award after killing it last year.

And if Aphex Twin by some miracle wins British Male Solo Artist we’ll be happy bunnies. 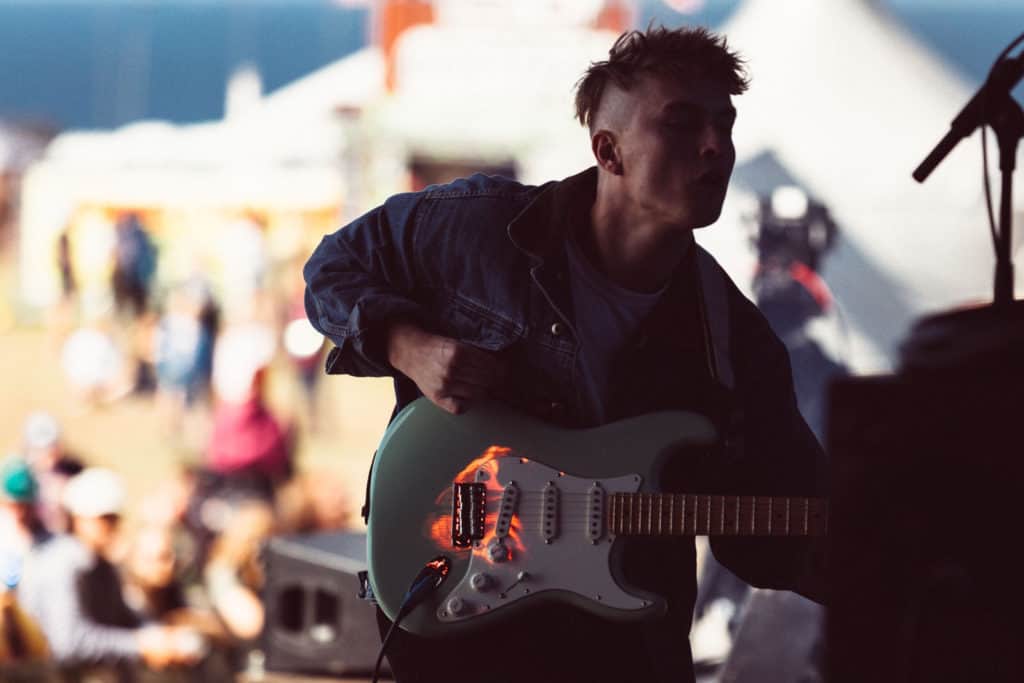 But when one gets terminal cancer, their close friendship turns into something of an emotional journey for both of them.

Despite the big elephant of mortality in the room throughout the film, the movie retains its humour, but then it’d be hard not to with Romano leading the way on great form.

Scream queen Jamie Lee Curtis returns to the legendary horror franchise reprising her role as Laurie Strode. And of course so does her stab happy nemesis, psychopath Michael Myers.

40 years after his first killing spree in Haddonfield he picks up where he left off, but can Laurie put an end to his ways? Slightly confusingly this is a direct sequel to the 1978 original, despite Halloween II coming out only a few years later.

Still, despite some slight suspension of disbelief needed, this is a worthy addition to the franchise. 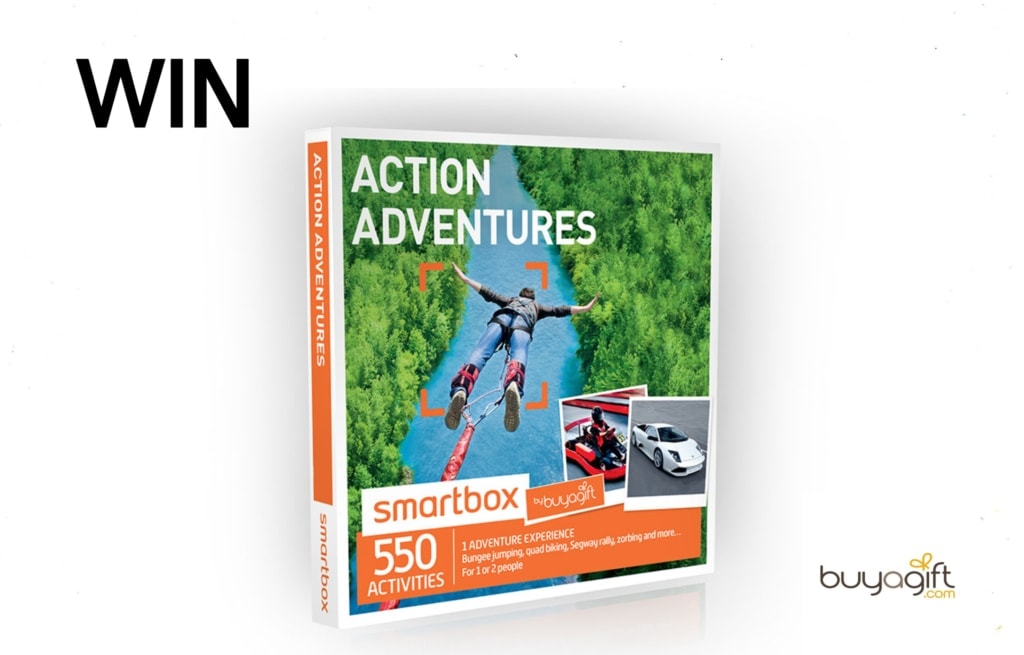 We have 2x Action Adventures Smartbox to give away courtesy of our friends at buyagift.

With the smartbox you get to choose from a selection of over 550 incredible experiences, including adventure days out, adrenaline thrills and driving days.

All you have to do to be in with a chance of winning one of these great prizes is head over to The MALESTROM HQ on Facebook & ‘SHARE’ the competition post & ‘LIKE’ the buyagift page.

With venues available UK wide and experiences from surfing to zorbing, scuba diving to indoor skydiving and supercar driving to JCB dumper racing, these experiences offer the ultimate adrenaline rush!