Team GB’s Prospects at the World Athletics Championships in Doha

It’s all go in the UK this mid-summer week in July. There’s a big yoga fest for the flexible amongst you, a chance to meet some huge names from entertainment at London Comic-Con and a special adult evening of LEGO fun at Edinburgh Zoo. Here’s the Weekly EDIT. 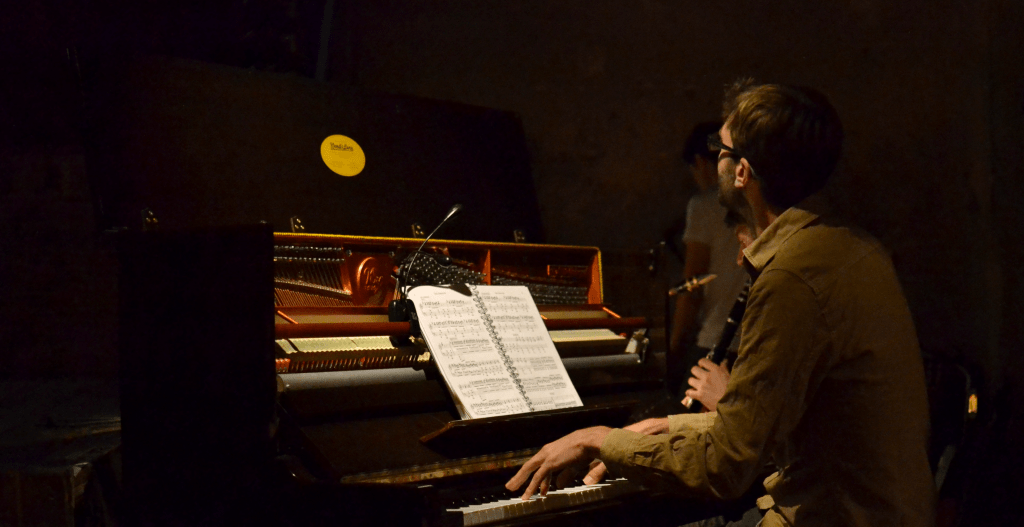 Experience silent film with live music at this event taking place in Brunel’s underground Grand Entrance Hall. There will be a special screening of 1926 British thriller Underground, with a live piano score by Tom Marlow of The Lucky Dog Picturehouse. 1920s fancy dress is encouraged and there’ll be cocktails served courtesy of the award-winning Midnight Apothecary from 5pm and street food available to mop up the booze. 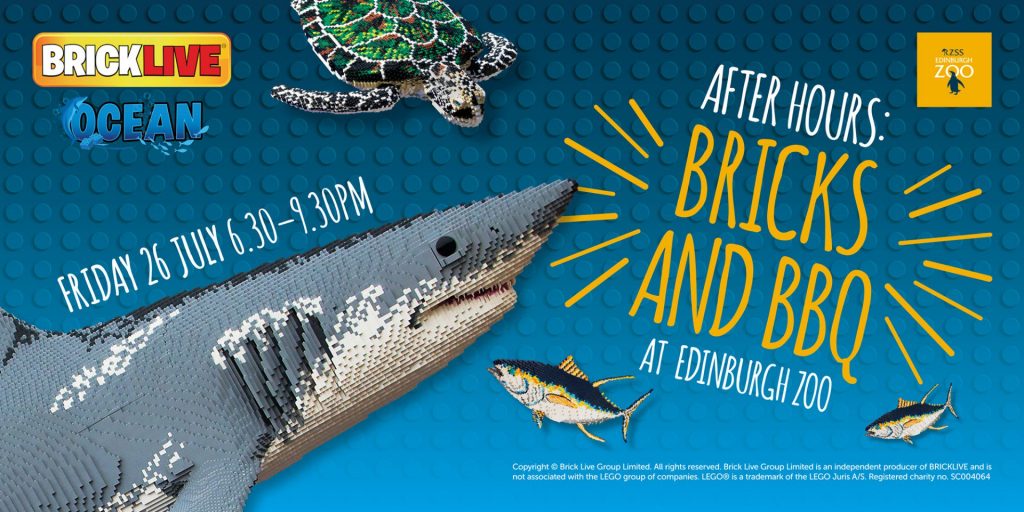 It’s after hours at Edinburgh Zoo on Friday with their gates being thrown open to adults only. Take a wander through the Zoo, enjoy a brew and grab a bite from the BBQ on the lawn. Relax to the sound of an acoustic set, take time to enjoy the BRICKLIVE Oceans exhibition and have a go at building your own LEGO® creation in the brick pit (minus kids!). 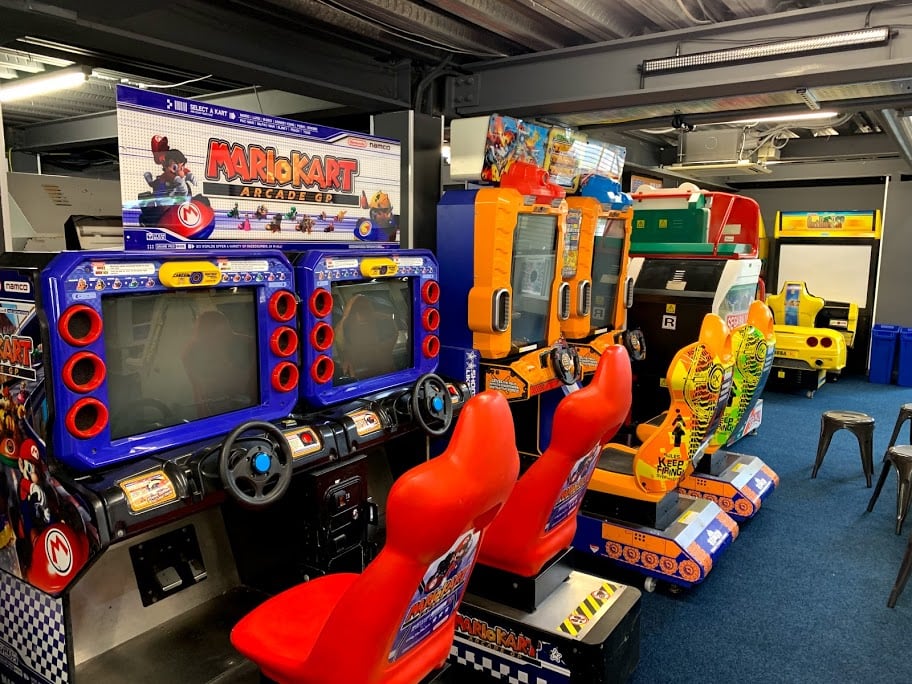 If you miss the feeling of excitement you got from walking into a gaming arcade as a kid, recreate it at the Game Republic Summer Arcade Party. This fantastic new Arcade Club near Headingley in Leeds boasts three floors of arcade games, PC/console titles and pinball to play including an official SEGA Zone, classic cabinets including Tapper, Donkey Kong, Star Wars and our favourite Mario Kart Arcade. Eat, drink, food and be very merry as you take on some classic games. 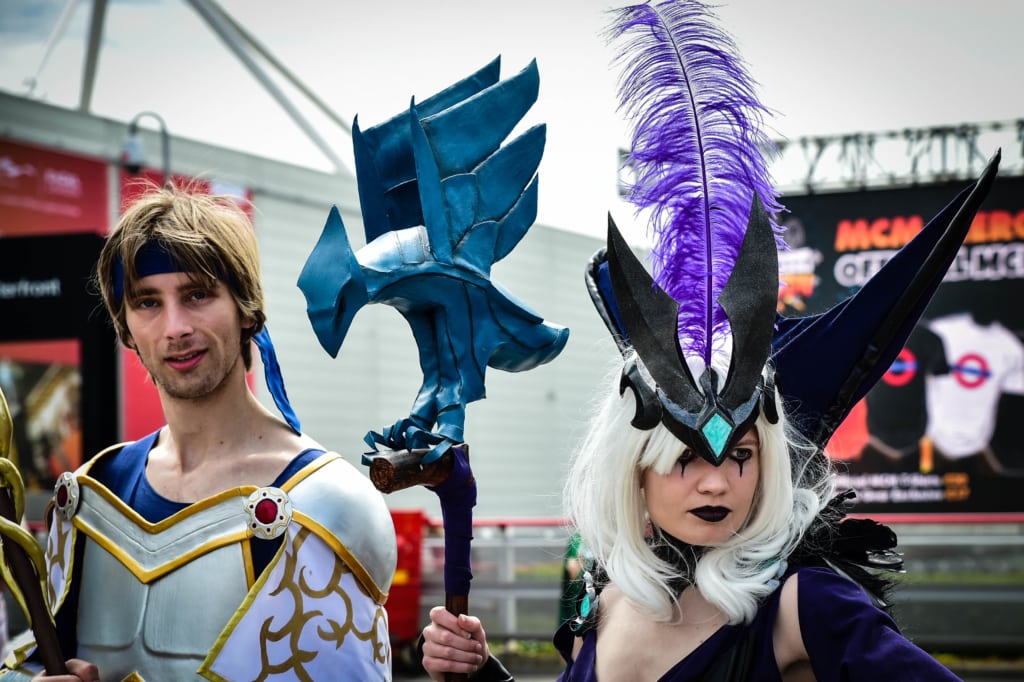 It’s a seriously star-studded affair at this year’s London Comic-Con. Over the three days, some of the huge names attending for Q&As and autograph sessions are Charlie Sheen, Aquaman himself Jason Momoa, Val Kilmer, Willian Shatner, the Cobra Kai lot from Karate Kid. The list literally goes on. Aside from that there will be hundreds of stalls full of merchandise to browse, a Cosplay Masquerade comp, a Star Wars zone and much more. 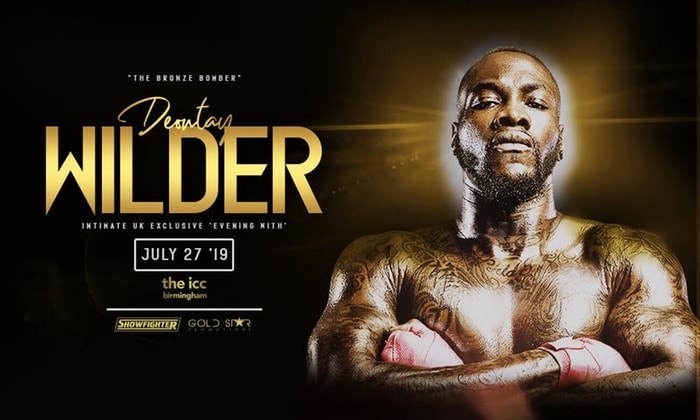 If you fancy getting up close and personal with the ‘Bronze Bomber’, the American boxing star who nearly ended Tyson Fury’s perfect record then here’s your chance. The tough-talking Yank will be interviewed on stage sharing anecdotes from his knockout career so far, which will definitely include some choice words about that controversial draw against The Gypsy King. 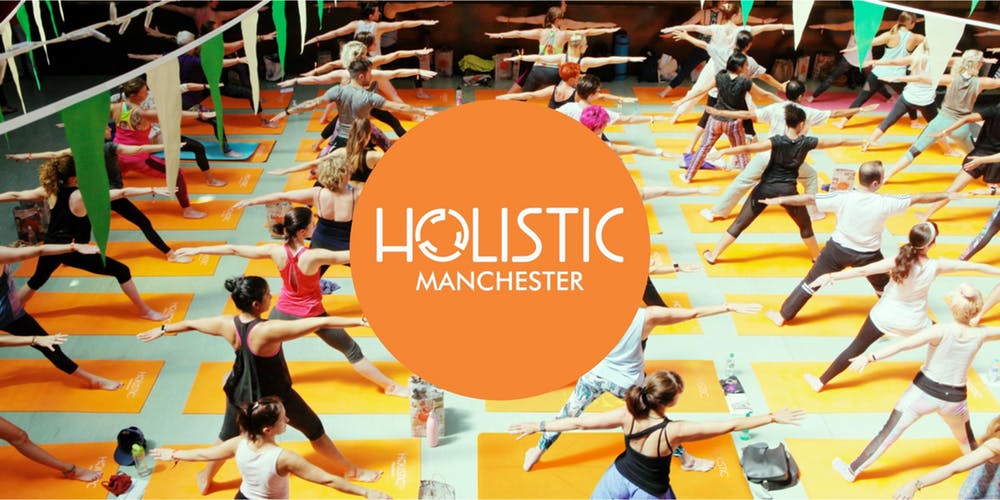 Yoga bunnies from all around the country will be heading to this weekend celebration of yoga, meditation, life, community and holistic living. Manchester Victoria Baths will be the holistic hub for this year’s International Festival of Yoga where you can explore numerous forms of the discipline such as the ancient Patanjali path, Iyengar yoga, Hatha Yoga, Kundalini, amongst many others. 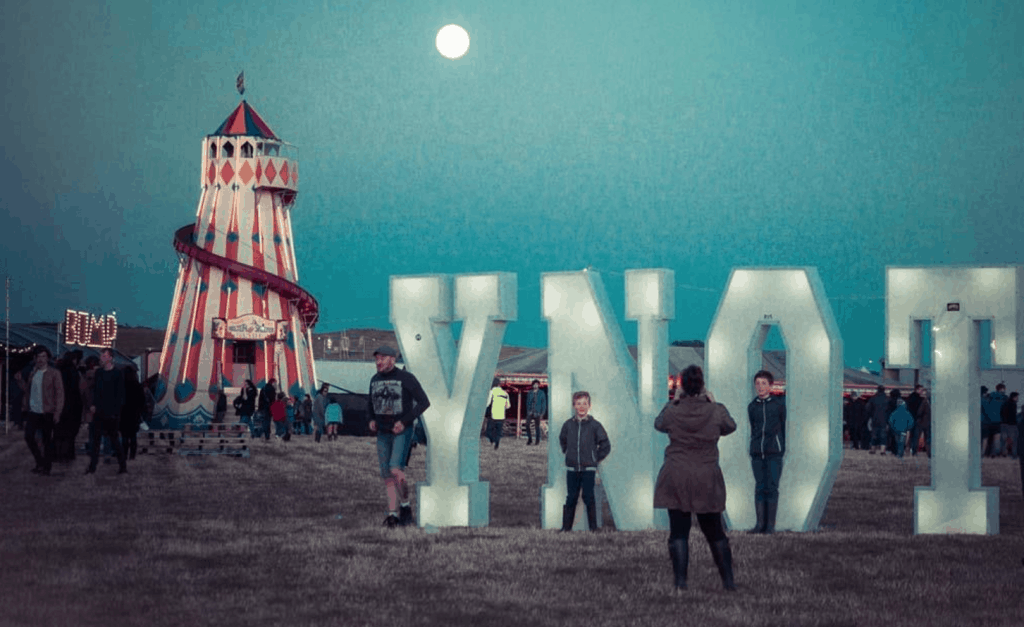 Back for its 14th-year, this indie fest set in the beautiful surroundings of the Derbyshire Peak District is the perfect antidote to all the city-based festivals taking place this year. Good vibes, good views and plenty of mid-summer music from the likes of Elbow, Foals, Wolf Alice, Echo and the Bunnymen & Mike Skinner. 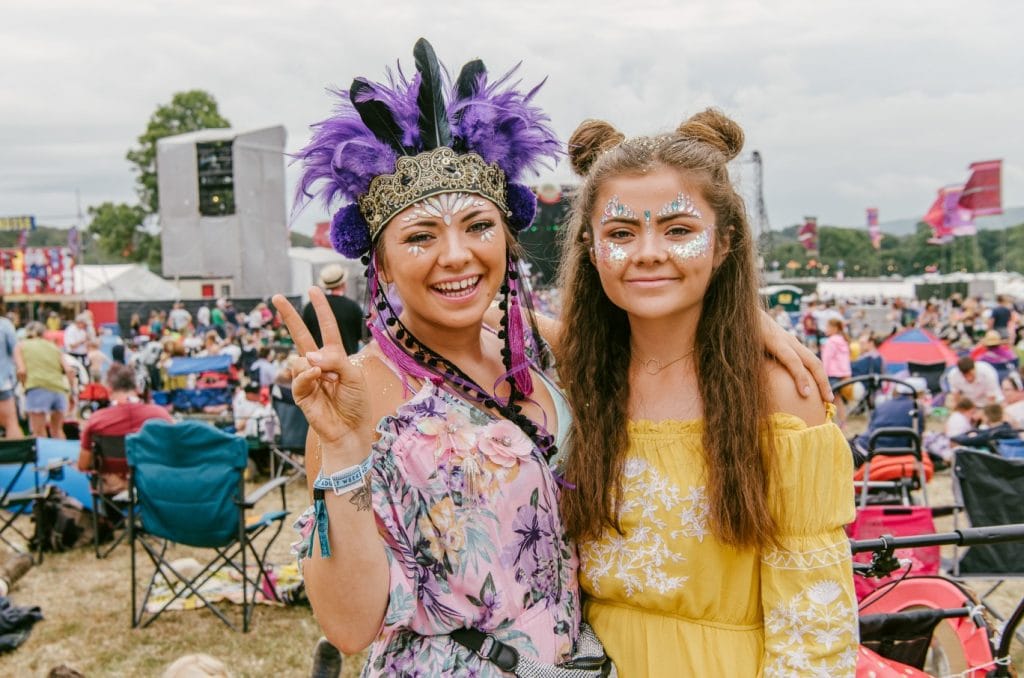 This family-friendly fest set in Dorset was cancelled due to bad weather last year, but the forecast says the show will go on this time. Some of the biggest names in music will be gracing the event, with Nile Rodgers & Chic set to get the crowds dancing along with sets from Jess Glynne and Lewis Capaldi. 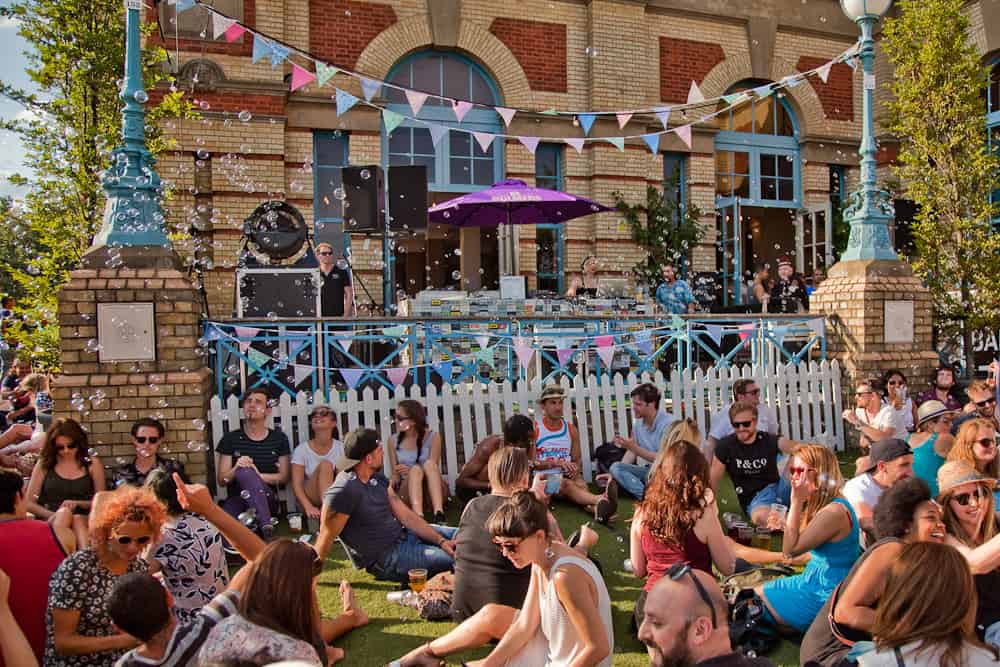 StrEATLife is back at Alexandra Palace, where the capitals best street food vendors, craft beer makers, and cocktail mixologists converge in one beautiful setting for a mouthwatering event that signals the height of summer. There’s something for everyone with vegan delights, the best in barbecuing and street food from every conceivable culture. Add in some great views of London and live music and you’ve got yourself two perfect days.
Edinburgh Food Festival (Edinburgh, till 28th) 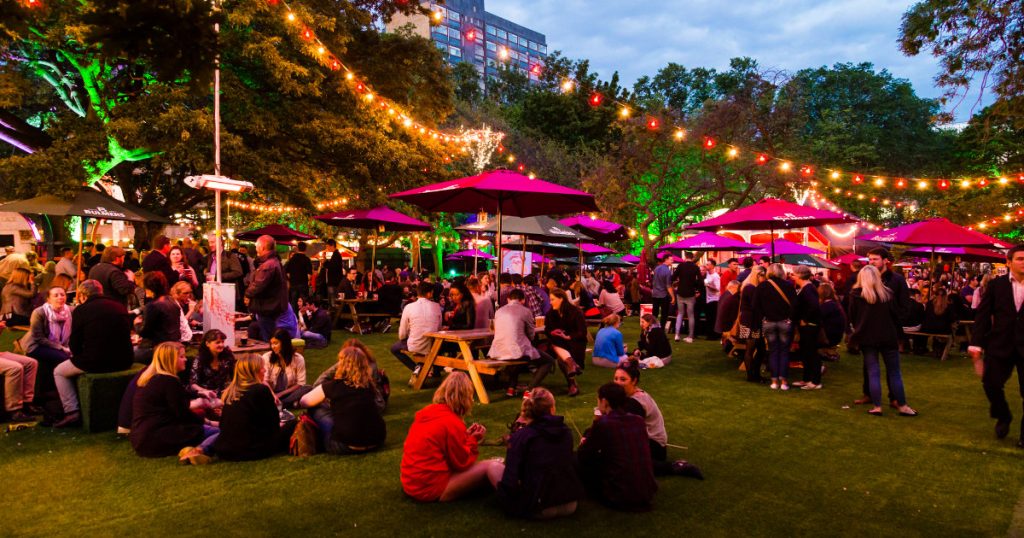 The fifth edition of the Edinburgh Food Festival kicked off in Assembly George Square Gardens over last weekend with the free event going on until Sunday. Here visitors will find a line-up of top-class chefs, food producers, street food stalls, free workshops – including ones from a kilted yoga star in Finlay Wilson.

This thoroughly entertaining podcast about acting hosted by Craig Parkinson (Line of Duty, Four Lions) sees our likable host sit down with a different guest each week to discuss the highs and sometimes extreme lows of becoming and being an actor. There are currently 101 episodes to work your way through with all offering something different, the main commonalities being they’re all worth listening to. The latest episode sees him in conversation with musician Joan As Police Woman. 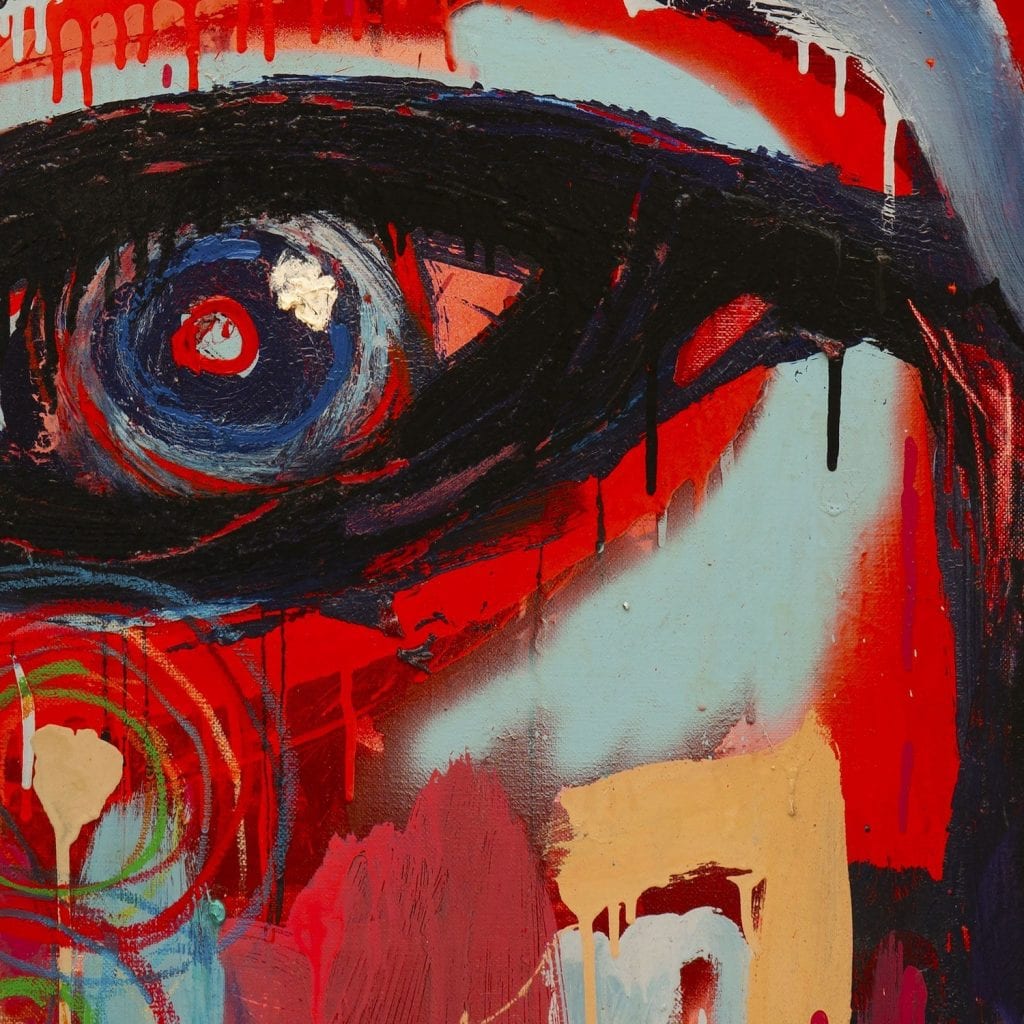 Icelandic indie quintet Of Monsters And Men made their much-anticipated return earlier this year with the new single ‘Alligator’, their first in four years, off their soon to be released third album Fever Dream. It marks a departure from the normal folky charm with elements of dance music and a more pop-rock than we’ve previously heard from the group. There’s a lot to like about the record with Bjork-alike lead singer Nanna Hilmarsdóttir’s vocals making for easy listening. 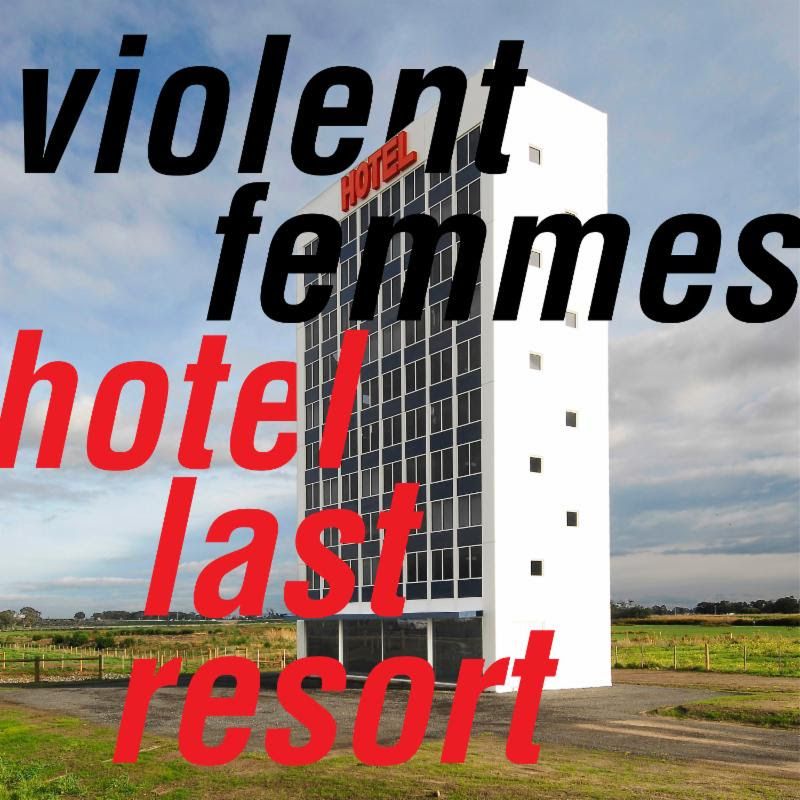 90s post-punk rockers the Violent Femmes return with their 10th record, following on from the band’s 2016 reunion album We Can Do Anything. It features all the buzzing bass and acoustic chord battering you’d hope for from the band who created one of the greatest songs ever in ‘Blister in the Sun.’ The album features an appearance from pro skateboarder Stefan Janoski, who takes over vocals from lead singer Gordon on a new version of ‘I’m Nothing’, from the group’s 1994 record, New Times.

It’s the final season of this groundbreaking women’s prison drama. But thankfully it’s not going out without a fight, with these set of episodes being just as watchable as we’ve seen previously. This time around the ladies of Litchfield come to terms with the fact that prison has changed them forever. Piper (Taylor Schilling) struggles with life on the outside, while life in Max, as corrupt and unjust as ever, goes on without her.

This Netflix documentary looks at the Cambridge Analytica data-mining scandal that saw 87 million Facebook accounts harvested without authorisation and used to create insight into the Trump campaign as well as Brexit. The doc features testimonies from experts and explores the story in fascinating detail.

There’s more than a few enlightening moments in this dramatic period tale. It follows two of the greatest inventors of the industrial age, Thomas Edison (Benedict Cumberbatch) and George Westinghouse (Michael Shannon), as they duke it out to determine whose electrical system will power the new century. Will it be Edison’s direct current design or Westinghouse risky alternating system? The film is bright enough, but hardly dazzling.

This entertaining thriller sees a young couple realise their dream of buying buy their perfect Californian home, which quickly turns into a nightmare after the mysterious widower Charlie (Dennis Quaid) who sold them the place begins to show up at the house and interfere in their daily lives. His erratic behaviour turns to obsession, and the couple find themselves caught up in a violent showdown that threatens everything. Worth watching to see Quaid in full-on psycho mode. 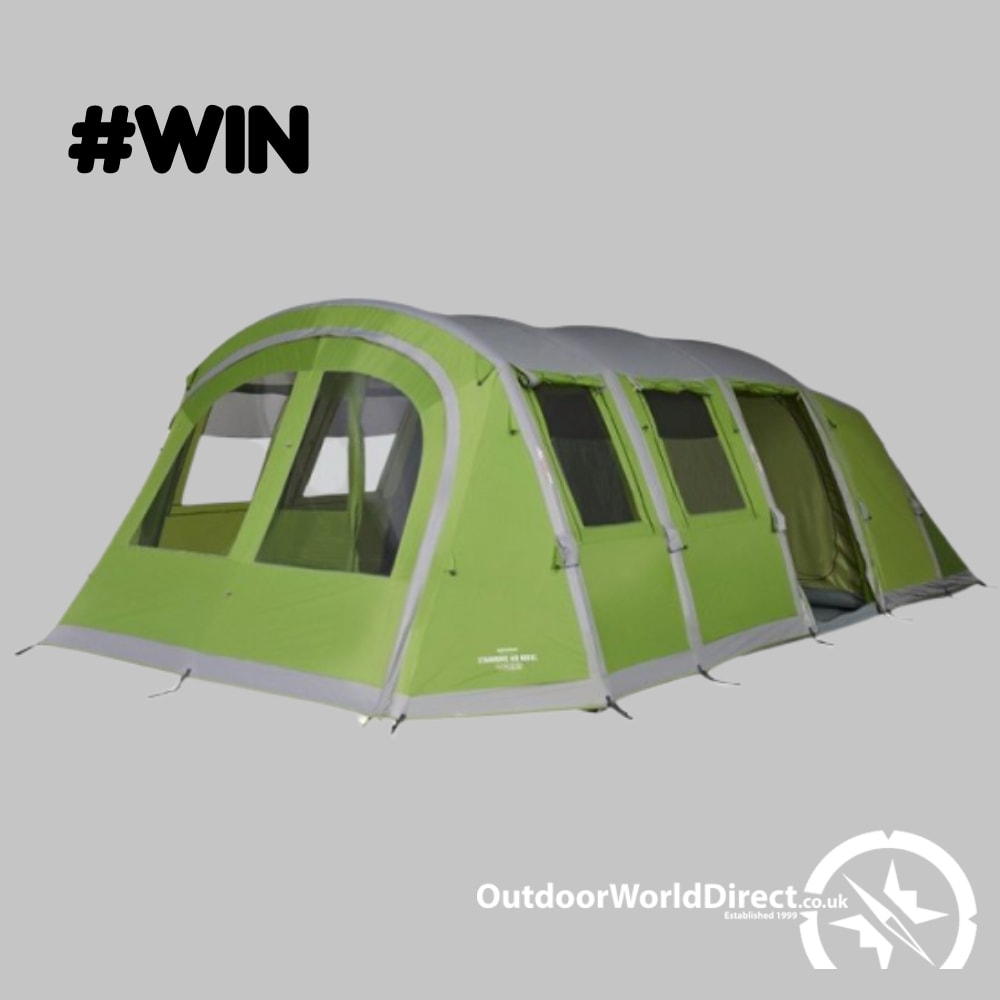 We’ve teamed up again with our good friends over at camping superstore Outdoor World Direct to offer the fantastic prize of this very desirable Vango tent, perfect for festivals and family camping trips.

The Vango Stargrove Poled 600XL tent offers a perfect tent for the first-time family campers, wanting plenty of space, a reliable tent and value for money.

The Stargrove 600XL offers a spacious, three-zone tent ideal for sleeping four to six people. It features a pre-attached awning, perfect for storage and socialising, with the tents huge Diamond Clear windows allowing you to take in the beautiful views around you.

Made of 70 Denier polyester fabric, and with a 3000mm hydrostatic head (waterproofing), this tent is more than capable of performing in the changeable weather conditions the UK often throws at us.

OutdoorWorldDirect are one of the leading outdoor companies in the UK with decades of experience in the outdoor industry. They stock the finest equipment from the leading brands in the market such as Lichfield, Salomon, Coleman and of course Vango.