So, June is upon us and summer proper has finally begun. Time to dust off those shorts and head out to one of the many great happenings over the next seven days. There’s a stack of festivals, an immersive treat for Bond fans and for the really brave a naked bike ride. Here’s the Weekly EDIT. 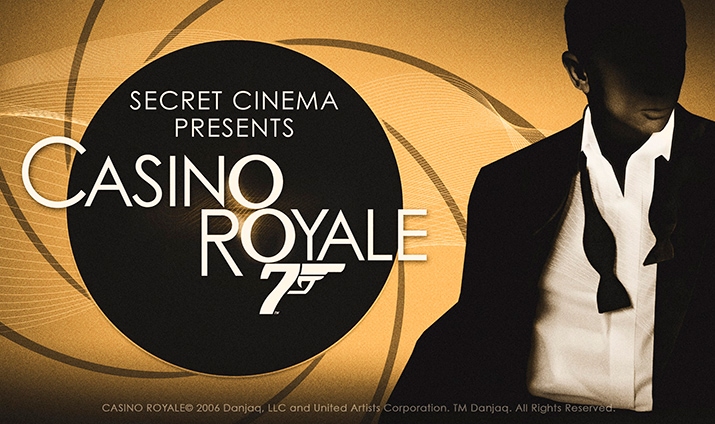 If you like your immersive cinema experience shaken not stirred then this latest offering from those clever Secret Cinema lot is for you. A London location has been transformed into the world of espionage and glamour that Daniel Craig found himself in during his 2006 Bond debut Casino Royale.

Audience members are recruited as part of ‘Operation Wild Card’, where they will join either Q Branch or M Branch. Before the big event guests will receive an alias, specific dress code and spy training before they enter 007’s deadly world. The stakes have never been higher.

LOOK Photo Biennial 2019 is a major seven-month programme of photography-based art and exhibitions being staged across the Liverpool area and Shanghai. The first chapter of the festival, ‘Transplant’, which opens on Thursday, looks at attempts to re-root the past into the present, and the friction between the two. The exhibition, curated by the excellent Open Eye Gallery, focuses on exchange with China. 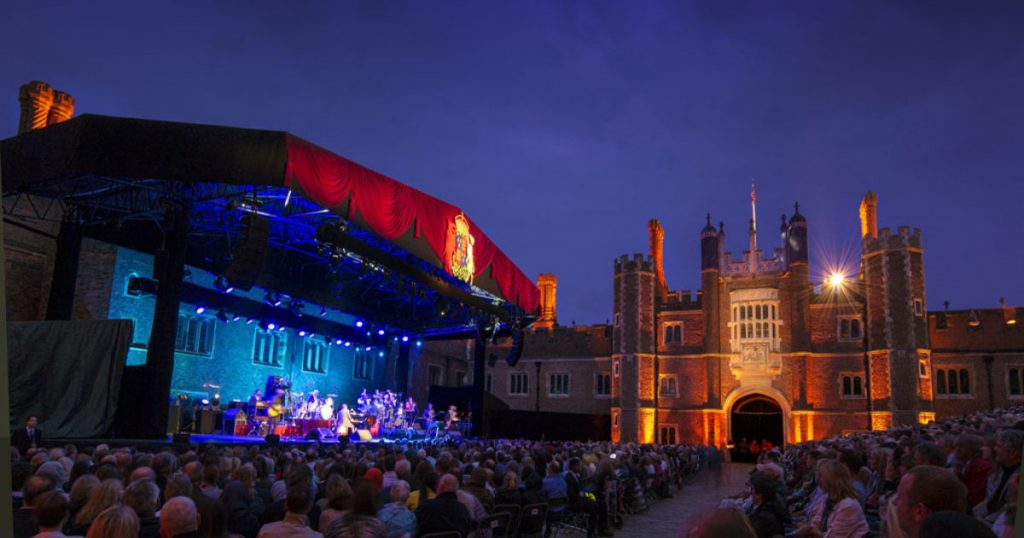 For a couple of weeks at the start of summer the historic grounds of Hampton Court Palace, once home to King Henry VIII, play host to a range of top music acts. This year, Tears For Fears, Jools Holland, Nile Rogers & Chic and Kylie Minogue will be among the stars wowing the crowds in this most unique location. The more well-heeled have the option to pre-order a food and drink hamper to enjoy during proceedings, and there are plenty of street food options available.

The abstract paintings of 85-year-old Guyana born artist Frank Bowling are getting a deserved retrospective at Tate Britain.
The exhibition spans his six-decade career and shows the vast range of mediums he’s worked in over the years. It showcases his major and also rarely seen works, with 59 paintings on view dating from 1962 to 2018. The show acts as a survey to his incredible achievements in the art world. 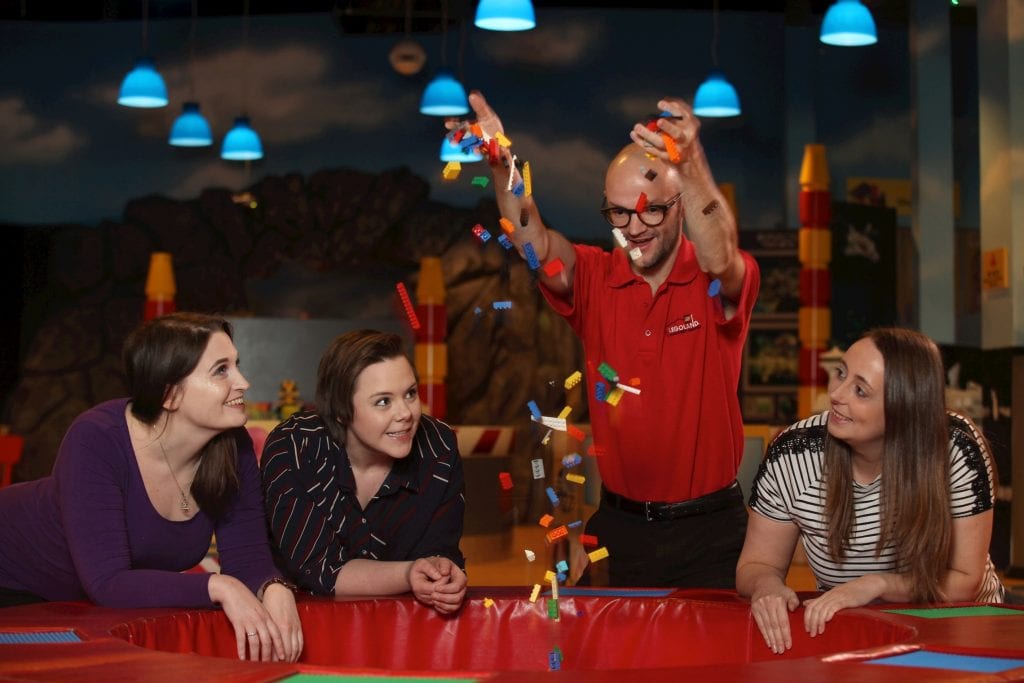 Why should kids have all the fun? Get the chance to take back those toys with an adult night at the Manchester LEGOLAND Discovery centre. Here you can make good use of their 2 million + bricks to build your very own LEGO Spaceship, or LEGO vehicle and put them through their paces. Go on rides, get advice and inspiration from Master Model Builders, head to the 4D cinema experience and generally unleash your inner child. 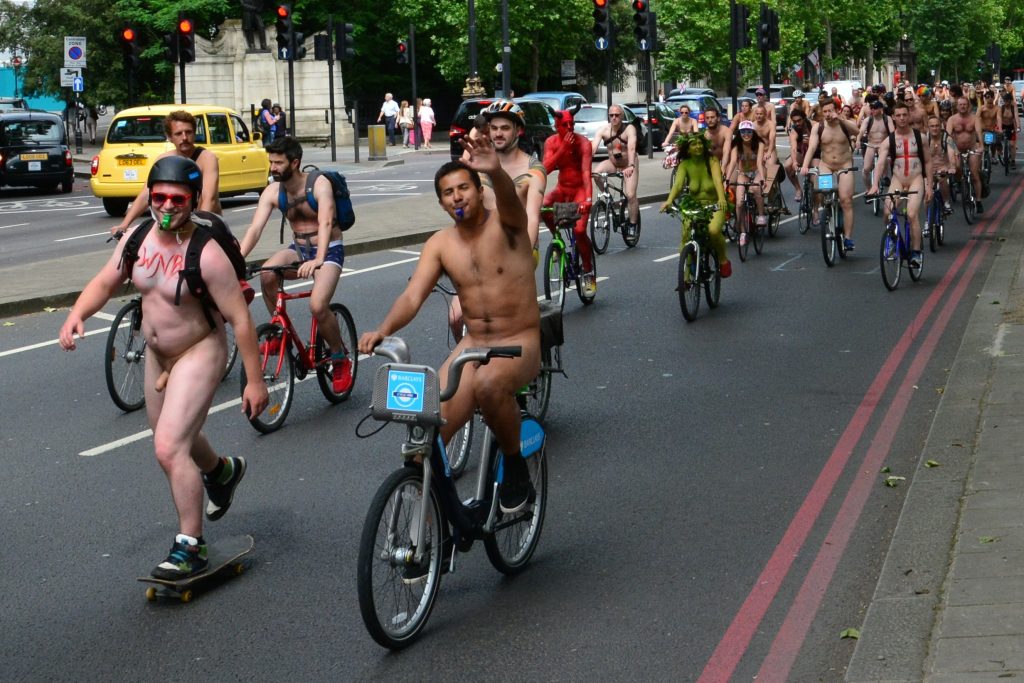 You wouldn’t think being naked and riding bikes would go so well together, but the World Naked Bike Ride has been shifting gears for 16 years. This annual jaunt is a protest against all the cars clogging up the roads and a celebration of the human body. It’s actually more like a party procession with body paint and fancy dress commonplace. Riders start from different points but all end up in Hyde Park. 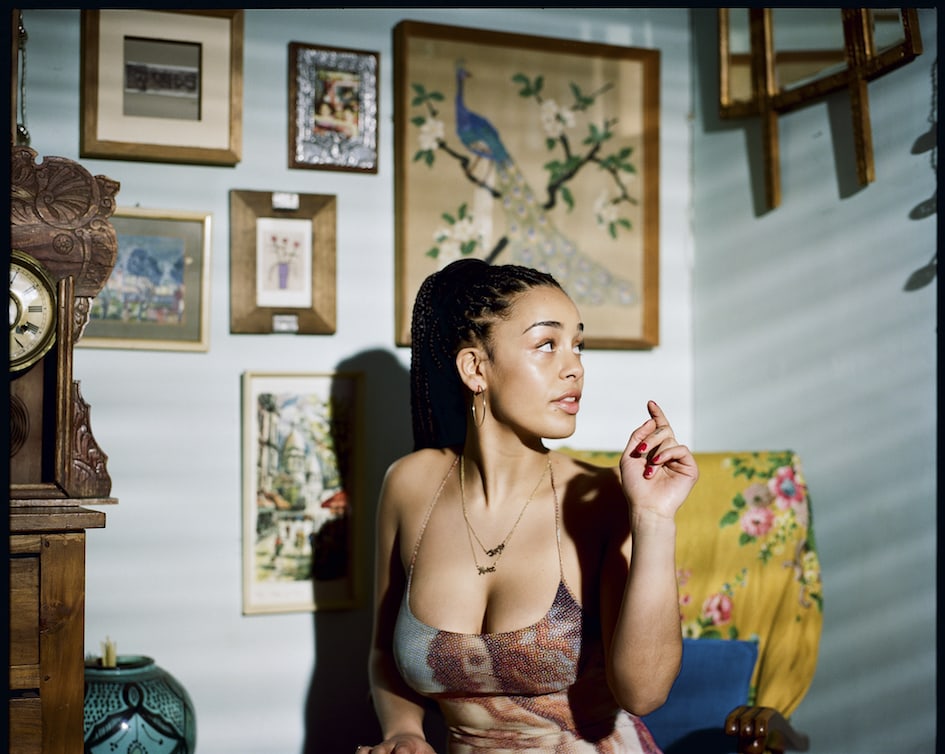 Another year, another location for London’s premier new music fest. The Drumsheds in Enfield with its 10 acres of outdoor space and four gigantic interlinking warehouses, is the place where revellers can party till 3am to the loudest festival sound system in the capital. This year’s line up features Deerhunter, Skepta and Jorja Smith (pictured). 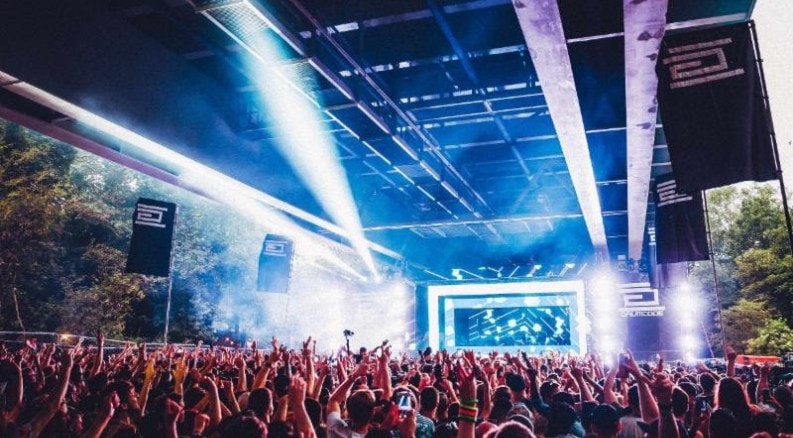 This two-day dance music event returns to Boston Manor Park with a line up to get you people moving. Five stages, one hosted by an anniversary celebrating Fabric XX, will be filled with the likes of Giles Peterson, Bicep, and Ricardo Villalobos, Daniel Avery and Ben UFO. The only place you can experience techno beneath the M40 motorway bridge. 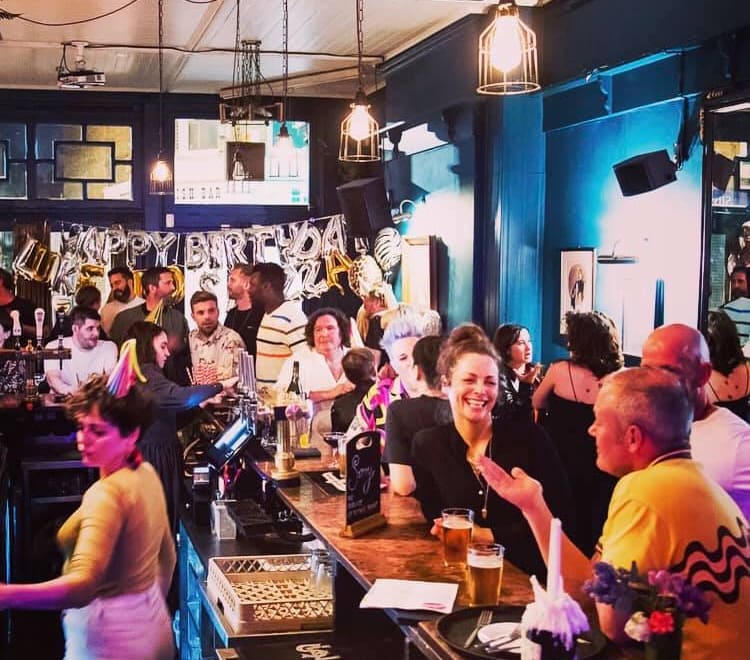 Fans of all things vegan and the music of the icon Prince are in for a treat this week. The Spread Eagle, London’s 100% vegan public house, are throwing a Birthday bash themed around the late great purple popstar. You can throw some shapes to his greatest hits while you chow down on Prince tacos and quaff some Raspberry Beret cocktails. Diamonds and Pearls optional. 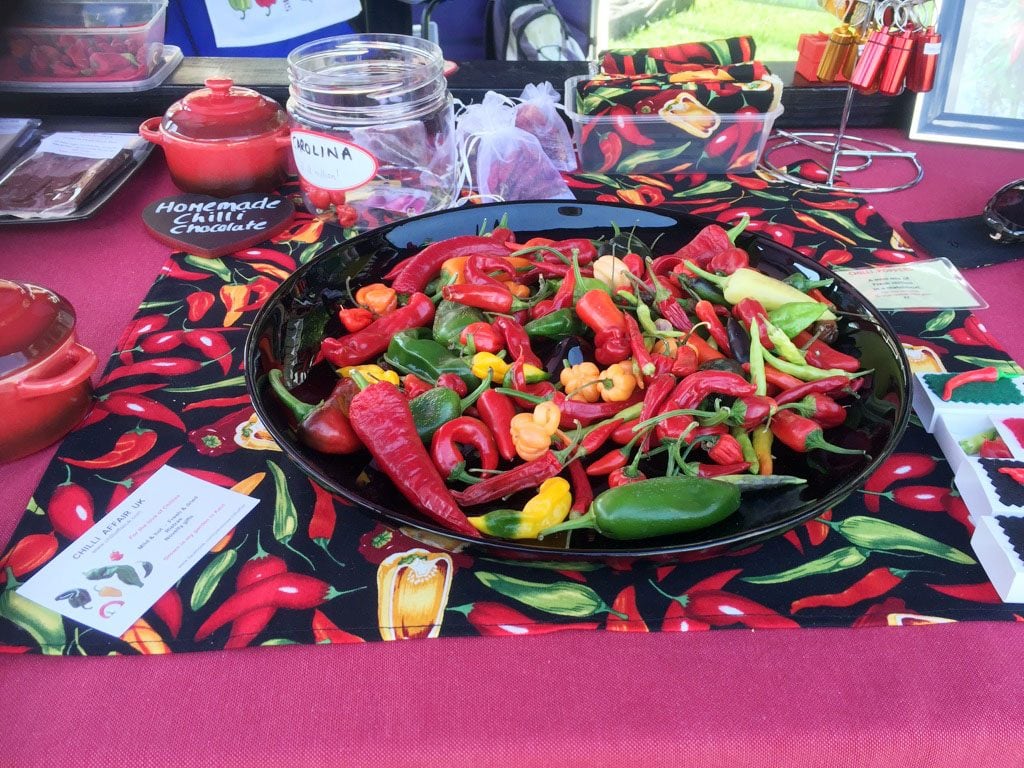 As you would expect from the name this event near Bournemouth focuses on the best in fromage and mouth burning chillis produced on these fair isles. As well as all that good stuff you’ll find cooking demonstrations, taste tents, a beer festival, street theatre, live music, crazy golf and lots more. 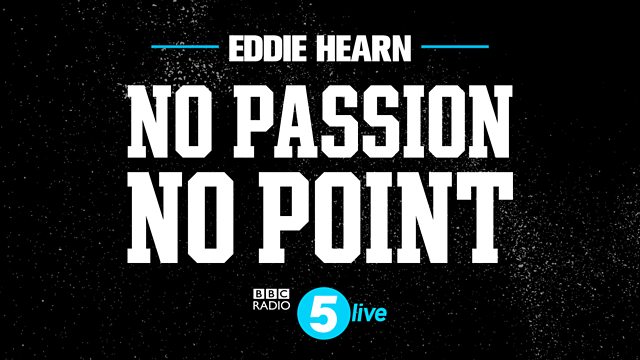 This new BBC Sounds podcast sees boxing promoter Eddie Hearn raise the question – How people stay at the top of their field when they no longer need to financially? It also examines the success stories, failures and mental approach adopted by huge names from sport, entertainment, business and politics. He’s already spoken to footballer Wayne Rooney, with former cyclist Sir Bradley Wiggins and boxer Anthony Joshua, among others who will be in discussion. 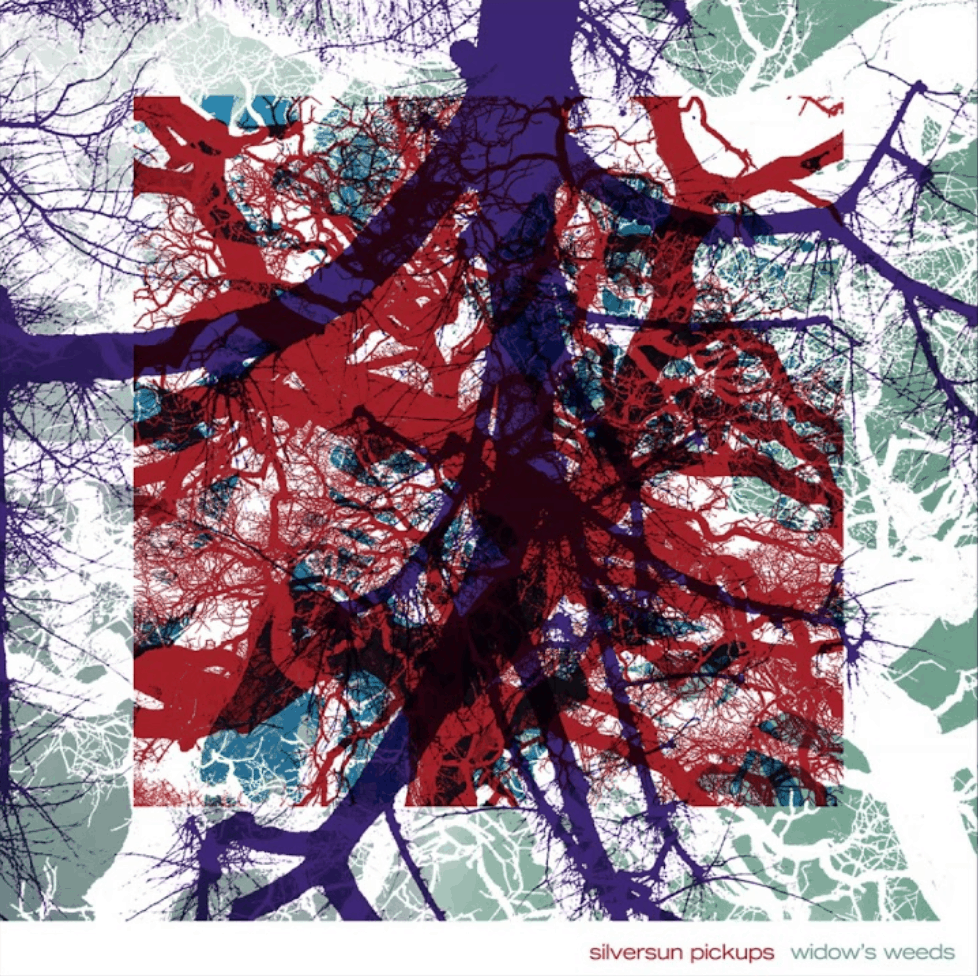 It’s been four long years since LA alt rockers Silversun Pickups dropped an album. Legendary producer Butch Vig who helped create Nirvana’s Nevermind oversaw this fifth effort which singer Brian Aubert said was “the first album where we were open”. The first single off it, ‘Freakazoid’, showed they’ve not lost any of their fizzing guitar riffs, and there’s a brooding darkness that plays out through the rest of the record. Old school grunge heads won’t be disappointed. 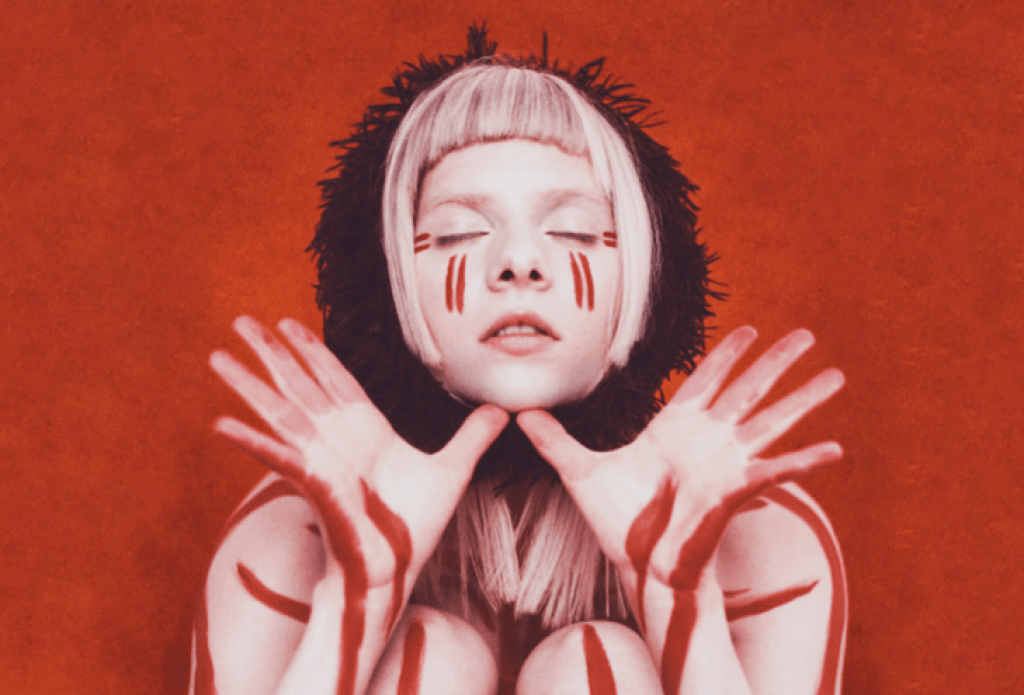 It’s third album time for the Norwegian pop star Aurora and this new effort, created over the course of one month, is distinctly more experimental. The themes are based around the ecological crisis and the “consequences of the rampant individualism so prevalent in society”. Sonically, the singer wanted this album to be more “explosive and noisy” than her previous releases, the booming chorus from single ‘The Seed’ suggests she’s succeeded.

After only just getting over the interactive fantasy horror that was Bandersnatch, a new Black Mirror series arrives on Netflix on Wednesday. This new run is only three episodes long, which is a slight disappointment, but hopefully the focus will have been on quality and all will be well worth your time. Miley Cyrus plays a purple-haired online pop star in one episode, and the others will include Irish actor Andrew Scott, Anthony Mackie (Avengers Endgame) and Yahya Abdul-Mateen (Aquaman).

Netflix has given Designated Survivor a reprieve, commissioning a third season after being cancelled after just two. The engrossing show sees Kiefer Sutherland play a lower-level cabinet member, Tom Kirkman, who after a devastating attack on the night of the State of the Union assumes the role of President. In the first two series, Kirkman battled terrorist and political threats and helped rebuild the country. This time around he’s faced with persuading the American public he’s still the man for the job.

In this latest installment of the never-ending X-Men saga, our mutant superheroes are threatened by one for their own in Jean Grey. During a rescue mission in space, Jean is nearly killed when she is hit by a mysterious cosmic force.

On her return home after the incident,she becomes ridiculously powerful and also unstable, (a great combo) and when she unleashes her full talents it’s up to the X-Men to unite and face off against her Dark Phoenix persona, and not to mention some aliens trying to rule the galaxy. All in a days work right?

Liam Gallagher: As It Was (Cinemas, 6th)

We all love a warts and all rockumentary, especially when the subject matter is as fascinating as Liam Gallagher. The film gives unprecedented on stage and backstage access as it charts Liam’s time from the final split of Oasis through to his successful headline tour for debut solo album ‘As You Were’ last year. In the film we also get some light shone on Liam’s dysfunctional relationship with Noel. Promises to be a gem. 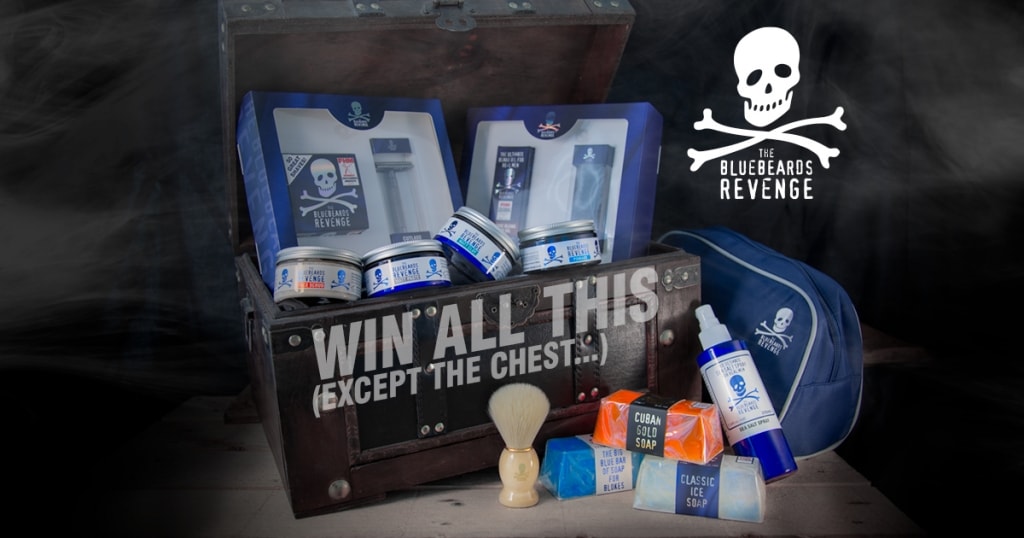 WIN a bundle of styling products worth £170 from The Bluebeards Revenge.

We’ve teamed up with barber-grade grooming brand The Bluebeards Revenge to offer you a complete set of styling essentials.

Unfortunately for you, the brand can’t part with its precious treasure chest, though!

To see all products from The Bluebeards Revenge visit: www.bluebeards-revenge.co.uk