There aren’t many things us Brits like more than a good old Bank Holiday Weekend, apart from a sunny one maybe. We can’t promise Le Soleil will make an appearance in these uncertain times in which we live, but rain or shine, from festivals to films, there’s plenty to enjoy throughout the week ahead. Here’s the Weekly EDIT.

The month of May signals that festival season has well and truly arrived. And one of the first significant shindigs is Sound City in Liverpool’s hipsterville Baltic Triangle. There are some treats at the top of the bill this year with Loyle Carner and Mabel supplying top tunes.

Local bands feature heavily, no bad thing given the rude health of the Mersey scene at the mo, and there will be plenty of craft beer and street food to keep all revellers fed and watered during the fest.

With the recent stormy weather fading into the distance, thoughts turn to hazier nights and the new staple of some outdoor cinema. The Rooftop Cinema Club do it about as well as anyone, with three excellent London venues in Peckham’s Bussey Building, Shoreditch’s Queen of Hoxton, and Roof East in Stratford.

There are some belters to enjoy from the getgo with a sing-a-long version of Bohemian Rhapsody followed up by Pulp Fiction and Raging Bull.

It’s your last chance to see the unique expressionist paintings and large scale installations of the Egyptian-Canadian, artist of Armenian origin, Anna Boghigulan. And what better location than Tate St Ives that is something of a work of art of itself.

For this show, Boghigulan explores the industrial past of Cornwall, largely through sizable papier-mache sculptures, and her artist notebooks. Finishes Bank Holiday Monday. 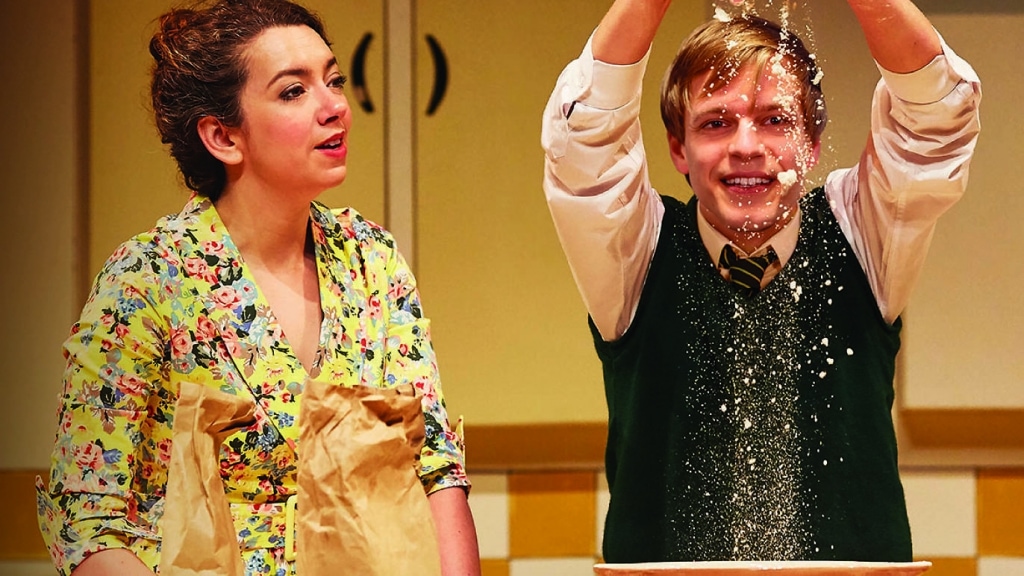 Starting today (Monday) at The Other Palace in London is the mouthwatering stage adaptation of food writer Nigel Slater’s acclaimed memoir. ‘Toast’ looks at Nigel’s troubled childhood growing up in the West Midlands.

Covering the loss of his Mum and strained relationship with his violent father, the play pulls no emotional punches and will leave you with plenty of lumps in your throat. It gives a fascinating insight into Nigel’s obsession with food, which began when baking jam tarts with his mother during those formative years. 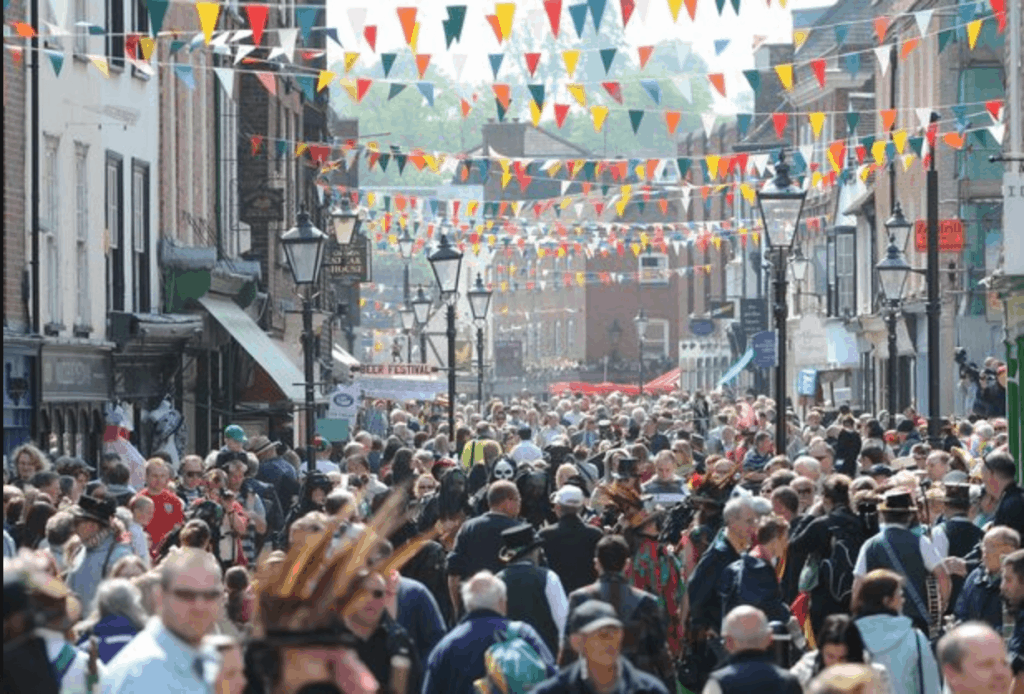 Once a 19th-century chimney sweeps annual holiday is today a buzzing local fair in the charming Kent town of Rochester. Here you can enjoy more Morris dancing than you can shake a stick at, tons of folk music, and stalls selling all kinds of interesting things in the castle grounds.

The highlight is the sweeps procession through the high street on Bank Holiday Monday (2.45), where you can see some budding Dick Van Dykes making a show of themselves, not to mention The Jack-in-the-Green, an 8ft walking bush!

A Simple Space at Underbelly Festival (Southbank, till May 5th) 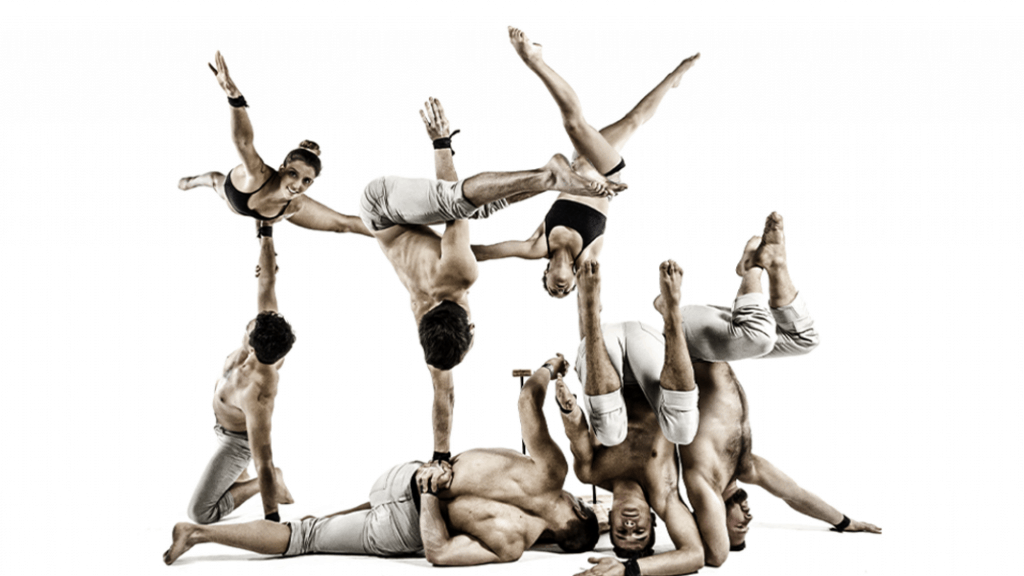 Aussie circus company Gravity & Other Myths have made a triumphant return to Underbelly Festival Southbank with their gravity-defying masterpiece A Simple Space, and there’s still time to catch it.

In this jaw-dropping spectacle of a show seven acrobats push their physical limits in a simultaneously frantic and delicate performance, all supported by driving live percussion. Expect seats to be firmly gripped if you head down to see them. 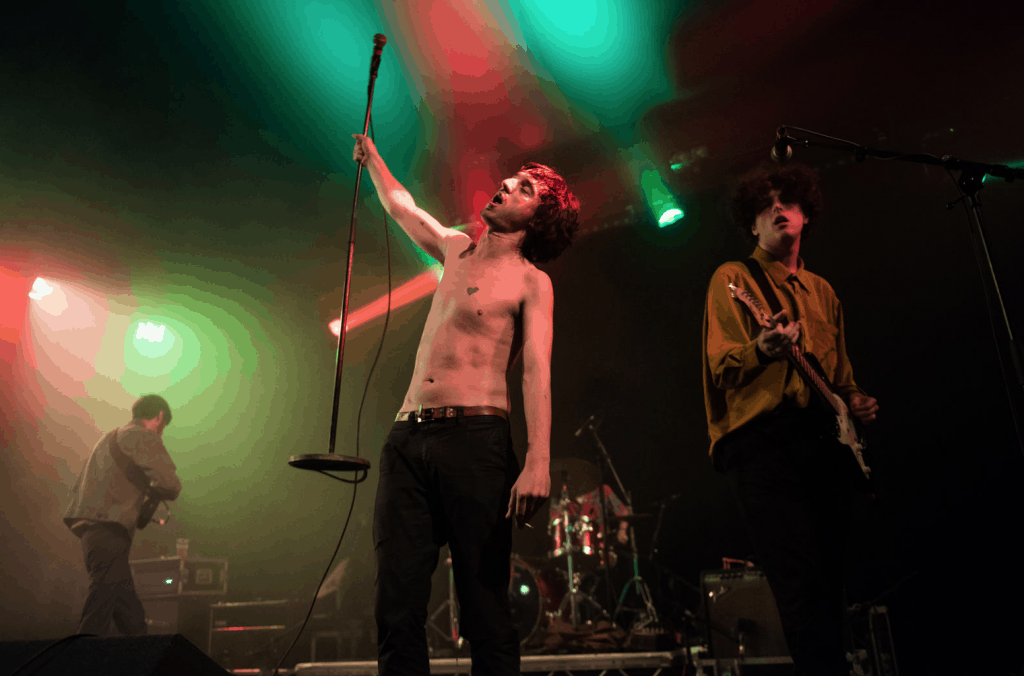 After the release of their rather impressive new album Serf’s Up, Fat White Family led by charismatic frontman Lias Saoudi, are in a good place.

With new songs packed with a poppy, yet political punch it’s worth getting down to one of their live shows, which never tend to disappoint in the chaotic stakes. Catch them in Southampton, Brighton and Bristol this week. 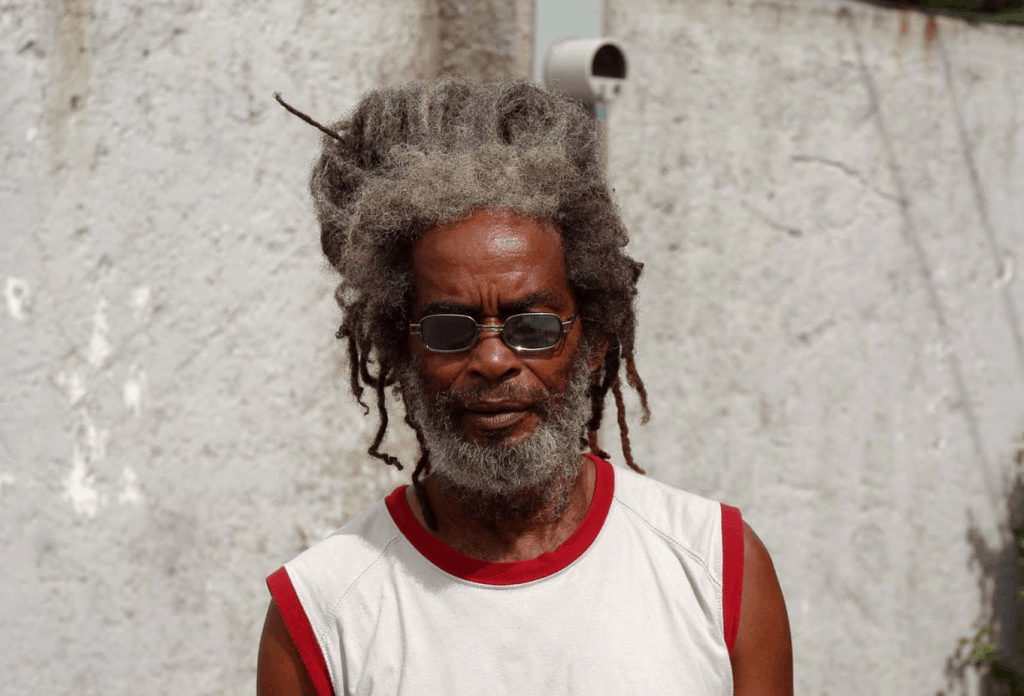 The legendary reggae artist responsible for the 1976 Lee Perry produced classic album War in Babylon, makes a rare visit to our shores to share his beautiful tunes and all-round good vibes.

In a career spanning fifty-five years, Romeo’s had plenty of hits, not least ‘Chase the Devil‘ which Jay-Z sampled and made the basis for The Prodigy’s ‘Out of Space’. He’s in Manchester on Thursday and Cardiff the following day. Not to be missed.

Las Mexicanas at Queen of Hoxton (2nd May – October) 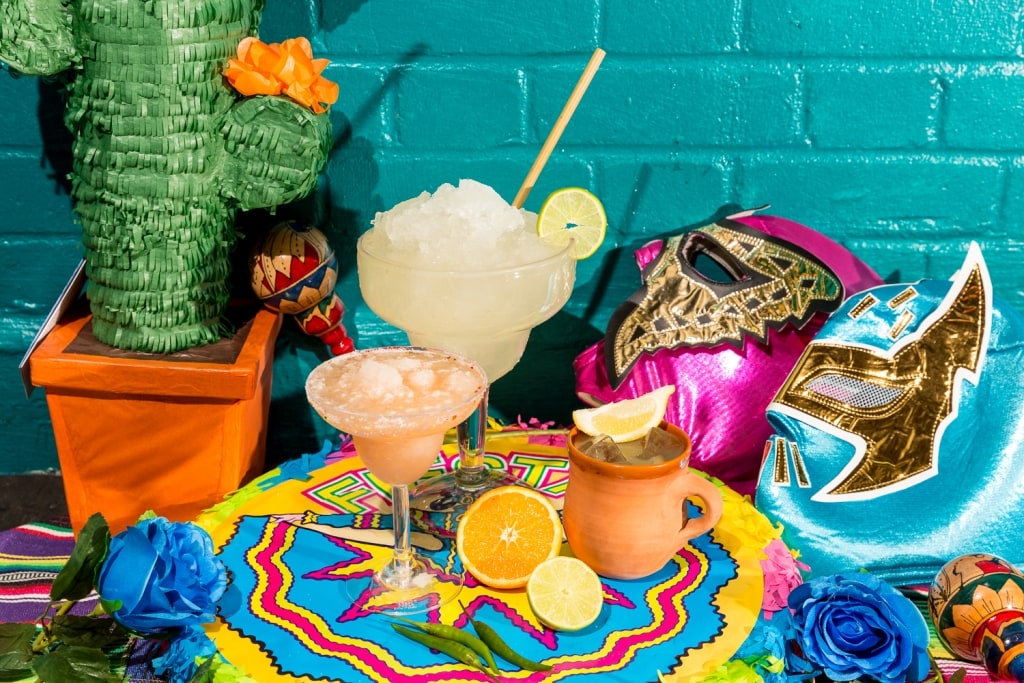 For the summer season, the ever wonderful Queen of Hoxton’s rooftop space has been transformed into the secret den of the Luchadores (lady wrestlers). Taking inspiration from the lively fiestas and vividly coloured sun-drenched streets back-streets of San Christabel in Mexico.

Here you can take in some delicious tacos and frozen tequilas and if you’re feeling brave get involved in some Mexican (arm) wrestling in their rooftop ring. What are you waiting for Ándale, Ándale! 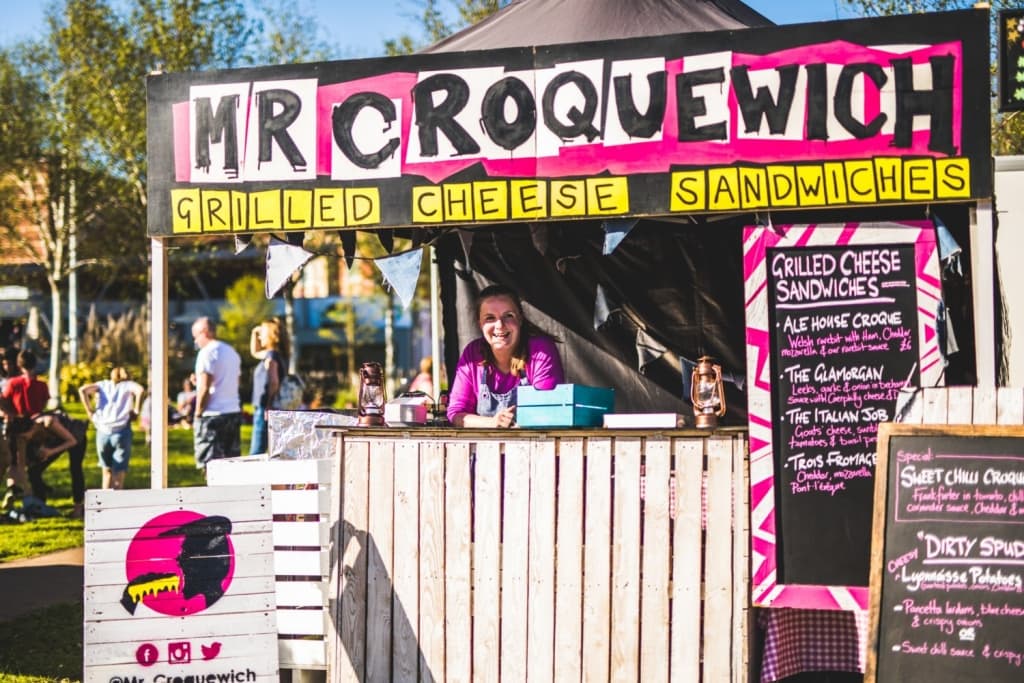 For a third year Museum Park, Swansea will be filled with all the joys of street food for a glorious bank holiday weekend.

From 12-10pm daily, visitors will be able to sample an outstanding range of different and flavoursome foods on offer, from chargrilled chicken souvlaki to tantalizing tacos, and spicy Malaysian Curry to crunchy, doughy churros. All washed down with a local Tenby Harbwr craft beer or a fresh zesty Mojito. We’re ready to eat. 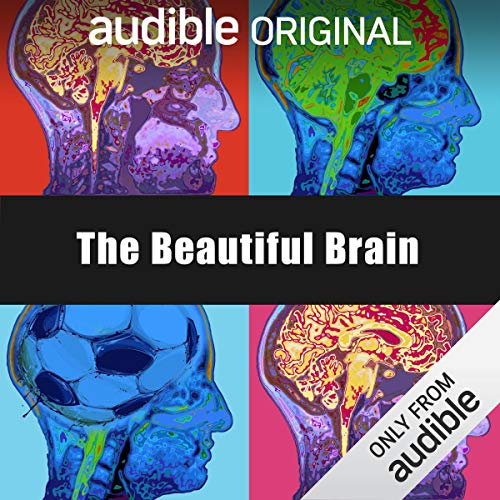 It tells the story of former West Brom star Jeff Astle who died of the condition, brought on by the repeated heading of the heavy footballs of his heyday. The podcast looks at the impact of CTE, with the help of experts and Astle’s family who provide heartbreaking commentary on what they went through.

Vampire Weekend – Father of the Bride (Columbia, May 3rd)

You tend to pretty know what you’re going to get from the ever-reliable Vampire Weekend. But this their first album in six years signals something of a reinvention from the indie rockers.

This mammoth 18-track record pushes the envelope further than previous efforts and is all the better for it. Most of the tracks are more hit than miss and we still can’t get their recent single Harmony Hall out of our heads.

Former Gallows frontman Frank Carter formed his band with the Rattlesnakes in 2015 and he hasn’t looked back since. Their third album is filled with much of the furious melancholy we’ve seen before, but still marks a definite step up in pedigree.

With the powerful recent single ‘Anxiety’, about Carter’s struggles with mental health, among a very solid LP, their UK tour on May 2nd is bound to be a sell-out.

It’s not hard to see the parallels with the brilliant BoJack Horseman, given that this new animated comedy comes from the same creators. Tiffany Haddish and Ali Wong provide the voices for two thirtysomething bird friends, one a cocky, care-free toucan, one an anxious, daydreaming songbird, who live together in the same apartment. Sounds like a recipe for an odd couple classic.

Will Ferrell exec-produces this pitch-black comedy centred around Jen (Christina Applegate), a widow who forms a friendship with free-spirit Judy (Linda Cardellini). Aside from being a bit of a live wire, it emerges Judy has something of the past, and it’s not long before the FBI come knocking.

Who’d have thought teen heartthrob Zac Efron would have been such a good fit to play notorious serial killer Ted Bundy? Here he gives his perfectly understated take of the role of handsome, American family man Bundy, who turned out to be one of the most sinister killers in history.

This fun, knockabout rom-com stars Seth Rogen as Fred Flarsky an unemployed journalist with self-destructive tendencies, who begins to court the affections of his former babysitter (Charlize Theron), despite the fact she is now running for president and is essentially one of the most powerful, not to mention unattainable women on Earth. 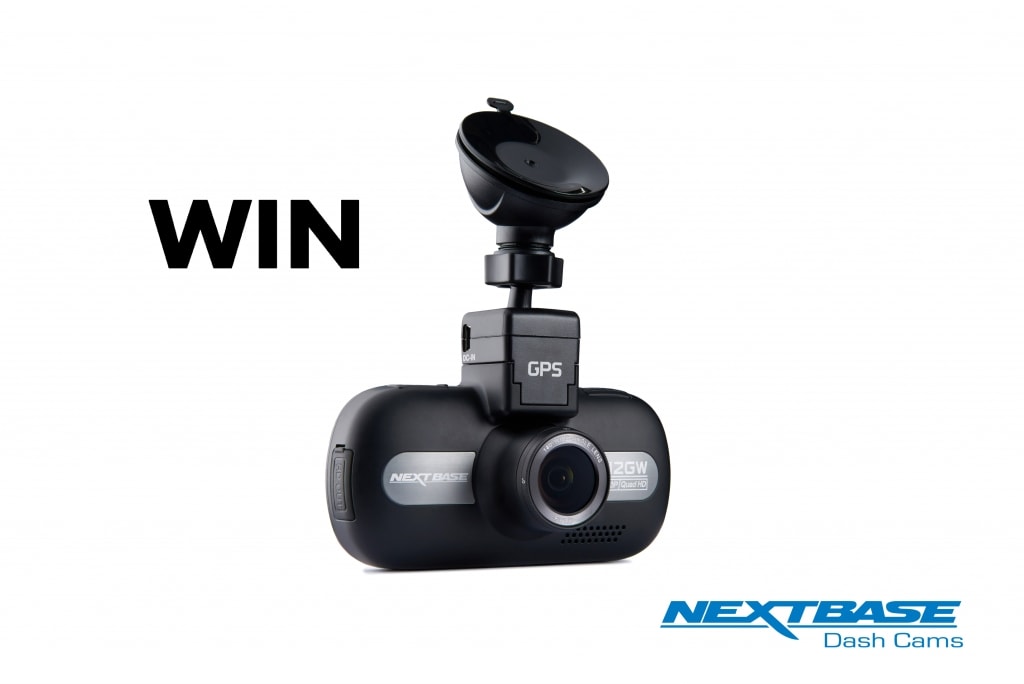 We’ve teamed up again with our friends over at Nextbase to offer one of their top of the range Dash cams.

Nextbase’s 512GW records in stunning 1440p QUAD HD, ensuring the footage is crystal clear, with the 140° ultra-wide viewing angle capturing the entire road ahead. The 512GW also features a Sony Exmor R Sensor, which is exclusive to Nextbase Dash Cams, and enhances the quality of the footage at night and in bright conditions.