A bumper week of events and happenings all over the UK this week. The ever spectacular Cirque du Soleil are heading to the O2 to wow with their new Toruk show, Major league Baseball pitches up in this country for the first time in history and there are BBQ and craft beer festivals to satisfy the hungriest and thirstiest. Here’s the Weekly EDIT.

Canadian photographer Jeff Wall brings his works to White Cube Mason’s Yard for an exhibition opening on Friday that showcases his new and recent large-format photographs. Wall’s images hold your attention and make you question exactly what’s going on within the frame almost unlike any others.

Wall calls his photographs, after Charles Baudelaire, ‘prose poems’, a description that emphasises how each picture should be experienced rather than used to illustrate a pre-determined idea or a specific narrative. 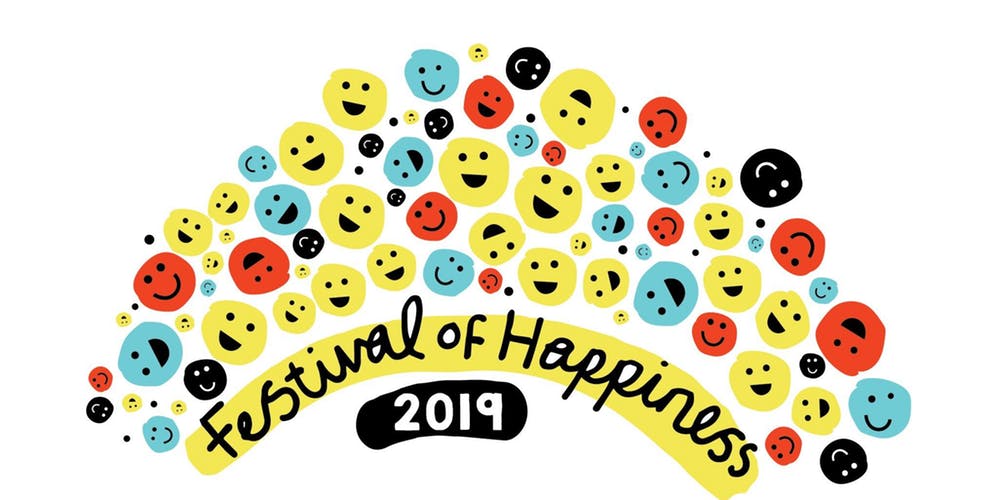 The UK’s second one-day Happiness Festival this year moves to Birmingham. The brainchild of Dr Andy Cope and Self Help comedian Shonette, the event is for anyone wanting to be happier or who is already happy and wants to spread the message of positivity further.

So if you are in Birmingham on Saturday prepare for that frown to be turned upside down. The fest is raising funds for Spreading the Happiness charity which feeds families in poverty in the school holidays and provides food hampers to homeless shelters.

We all know by now Cirque du Soleil put on some of the most breathtaking shows you can experience. Their new one taking place at the O2 this week, Toruk – The First Flight, might just be the company’s most spectacular.

It’s inspired by James Cameron’s 2009 film Avatar, acting as a prequel to the movie, set thousands of years before humans arrived to discover the distant moon Pandora. With incredible acrobatics, puppetry and stagecraft set against amazing visuals and a rousing score, this is one to head to. 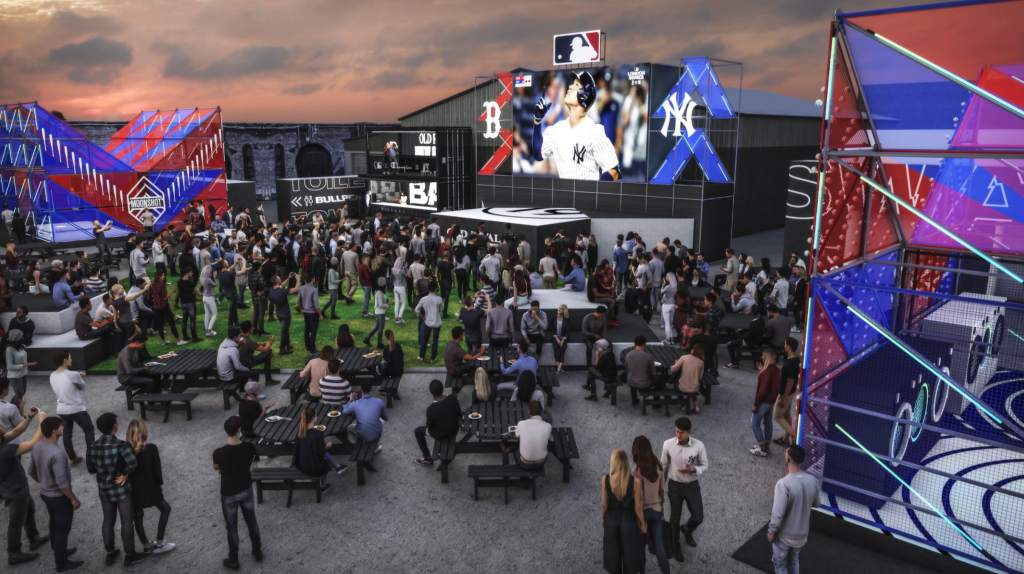 For the first time in history, Major League Baseball is heading to our shores, pitching up at West Ham’s London Stadium. And one of sports biggest rivalries will be the focus with the New York Yankees and the Boston Red Sox facing off against each other in two regular season MLB games. 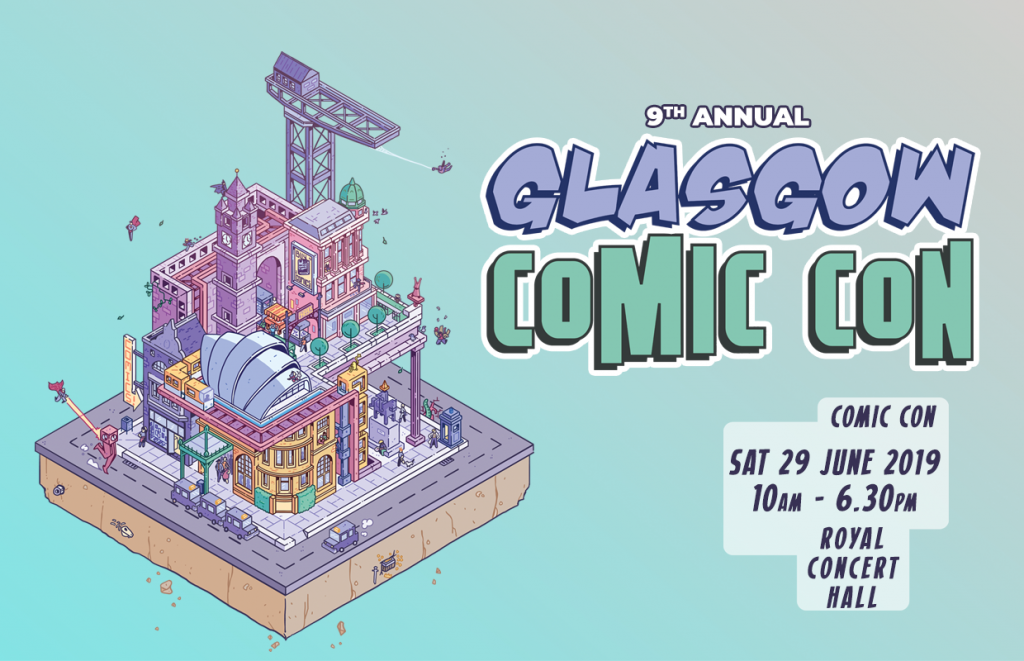 Glasgow Comic Con returns for its ninth year, with some of the biggest names in comics gathering in the city. More than 150 exhibitors will be on hand and you’ll have the chance to meet comic creators from across the globe, enjoy panels from your favourite artists and writers and see some cracking cosplayer.

Big name guests include Chip Zdarsky, writer and artist on Spier-Man and Daredevil comics and Frank Quitely, artist on All Star Superman. 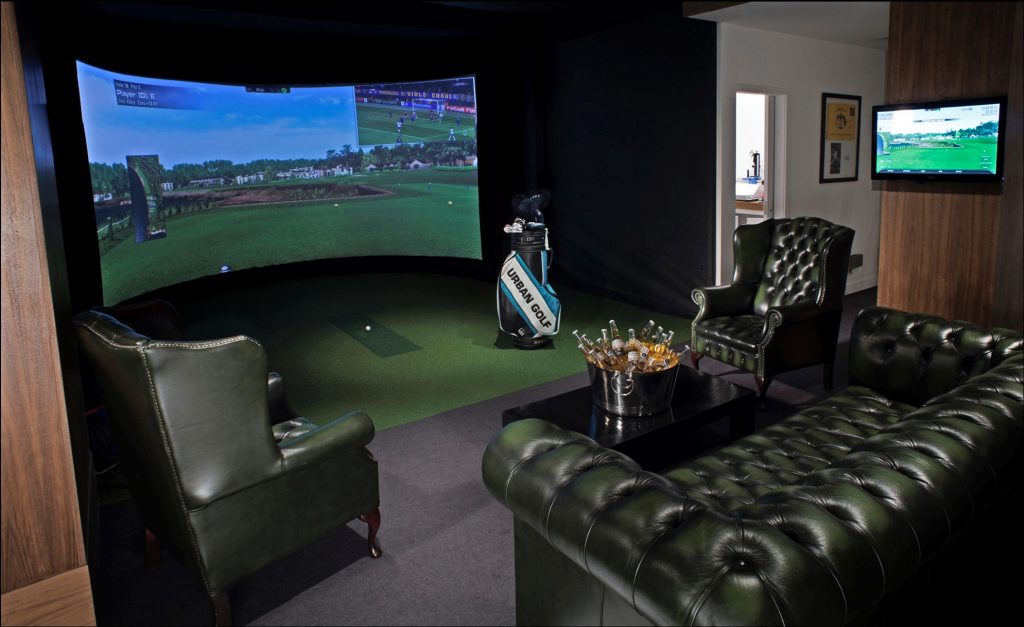 The Wild Thing himself, golfer John Daly, is over in Blighty and is heading to Urban Golf on Wednesday for what promises to be an eye-opening Q & A. Having lived life to the full Daly has plenty of incredible stories to tell and you’re invited to ask him absolutely anything.

The Q&A session takes place from 8-9pm and before and after you can take on any of 60 courses on Urban Golf’s rather awesome simulators. And with John knocking about, as you’d expect, there’ll be plenty of craft beers, cocktails & food on the go. For packages please contact ed.neal@urbangolf.co.uk.

To mark their 25th anniversary, Opera Gallery in London has opened its doors to a new exhibition American Icons, a vibrant recreation of the 1980s New York street culture, with works by world-renowned artists of the 20th century including Keith Haring, Jean-Michel Basquiat, Andy Warhol, and Alexander Calder.

Artist and activist Keith Haring is at the forefront of the show, who, alongside his close friends and fellow artists, collaborated to shock and amaze people all over the world with their accessible yet hard-hitting subjects and animated colourful artworks that explored the political chaos of this era. 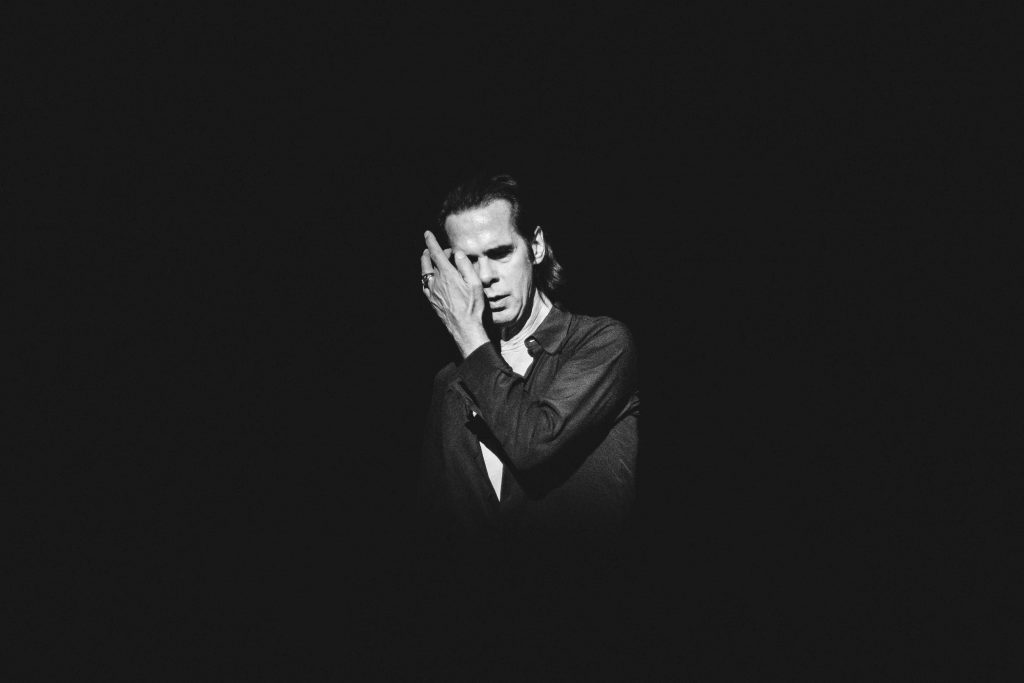 A unique opportunity here to get to know the man behind the music with Nick Cave in conversation in front of a live audience. But it’s not all tales from his life in the industry, he’ll also be playing hits from his incredible back catalogue.

Recent reviews suggest a genuinely engaging evening with Aussie Cave answering all questions put to him with depth and humour. But you wouldn’t expect anything else really would you? 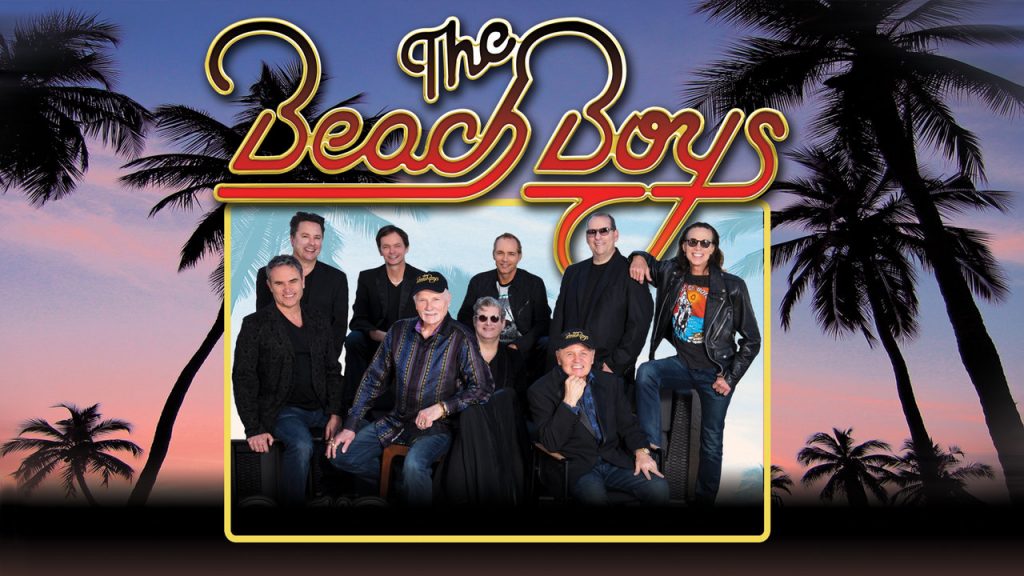 So, the only original member of the legendary group here is Mike Love, along with sort of original Bruce Johnston who joined the band in 1965 when Brian Wilson left, but the sublime harmonies and songs that everyone knows the words to remain.

For two nights at the iconic Royal Albert Hall The Beach Boys will be belting out their greatest hits, evoking sun, sand and surf. A hit of nostalgia that will likely leave you going home with a smile on your face. 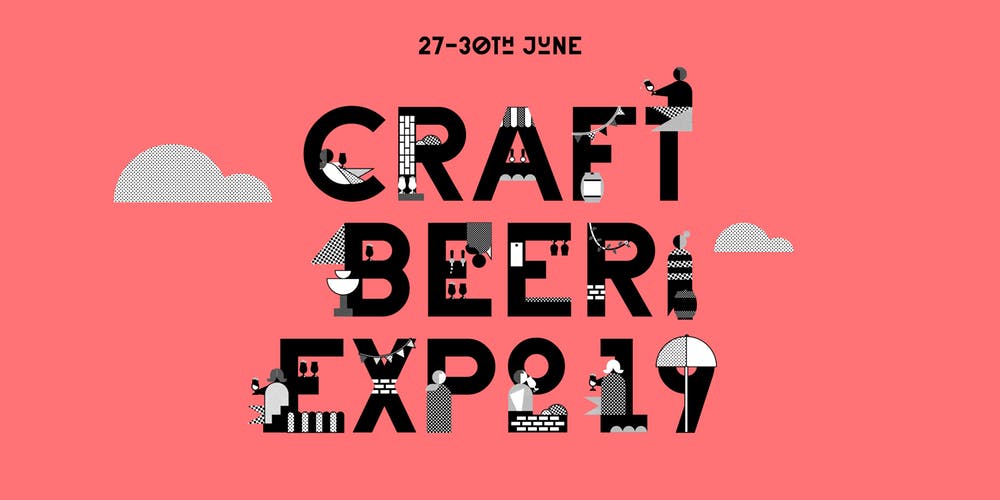 If you love your craft beer the rather lovely space of Liverpool’s Invisible Wind Factory is the place to head this weekend. Featuring a new breed of ground-breaking and innovative breweries from the UK, Europe and beyond, 300 beers will be on both keg and cask, spread across 20+ bars and over 100 beer taps.

Along with the booze, there’s a top street food menu and live-music programme. 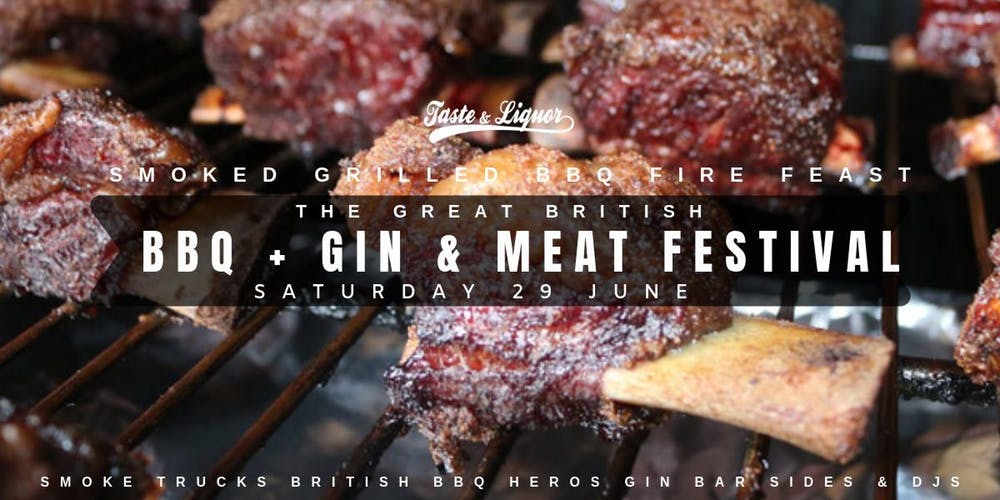 Like meat? Like gin? You’re going to love the fest going down in Digbeth, Birmingham on Saturday. Taste and Liquor are bringing back two of their fantastic food and drink festivals showcasing the best of Birmingham’s street food and independent bars.

The festival celebrates local BBQ heroes and pitmasters, with some of the best British flame grilling traders serving the tastiest dishes for carnivorous fans. Alongside the grub there’s the UK’s first cocktail bar and meadery, retro games and DJs spinning tunes.

Against the Rules with Michael Lewis (Pushkin Industries, Out Now) 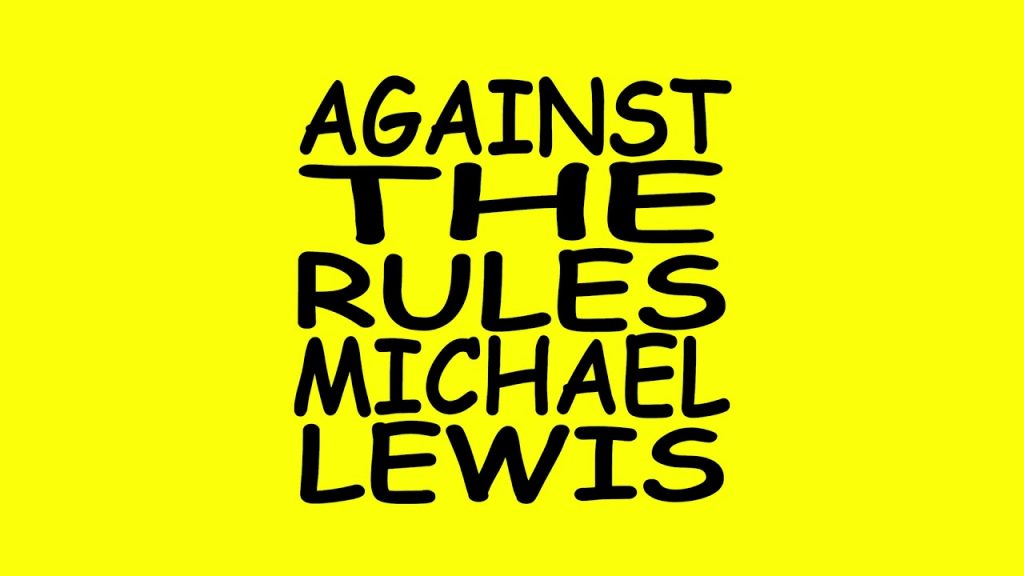 This seven-part podcast from the US journalist behind Moneyball and The Big Short, Michael Lewis, examines the modern idea of fairness, sparked by Lewis’s observation that sports referees are some of the most detested people in sport.

Each episode focusses on a different profession, each one in a way acting as a ref, so the likes of financial regulators, experts on language usage and fine-art authenticators. A topic that could be a bit dull is made thoroughly entertaining through Lewis’ smart storytelling and sardonic presenting style.

Musical forces of nature Black Midi unleash their experimental brand of brilliance on the unsuspecting public with their unpronounceable debut album Schlagenheim. The four piece’s dynamic energy shines through on the record, along with the noise, which is considerable, that at times can sound chaotic, but chiefly heralds excitement when you realise these Brit School alumni are bringing something genuinely fresh to the table.

Take a listen to their rather wonderful single Talking Heads and stop to marvel at some pretty exceptional drumming. 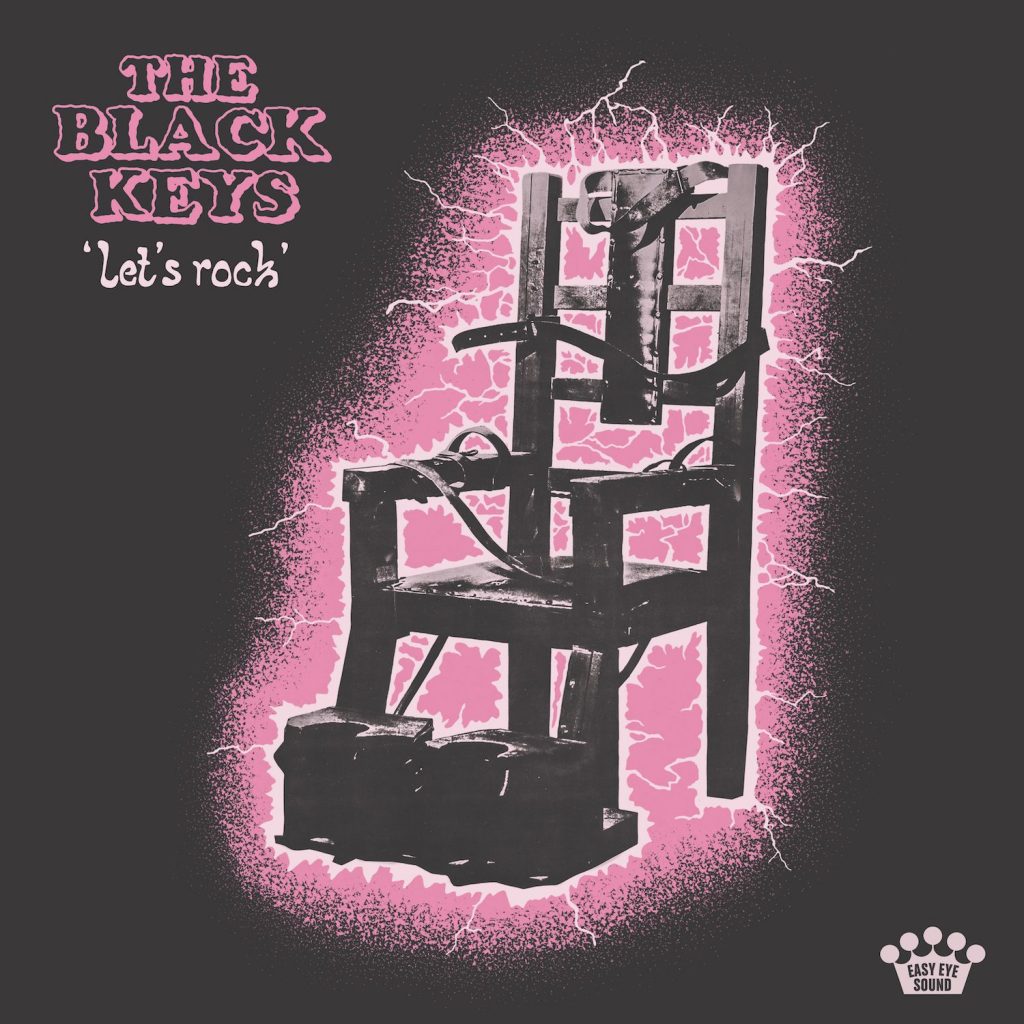 Blues rockers The Black Keys return with their ninth studio album, Let’s Rock, after an extended break. You’d expect some darkness seeing the record is named after the last words of a man executed in the electric chair, but what you get here is a change of direction from the duo with a sound closer to yacht rock than their accustomed blues licks.

That’s not to say there aren’t things to like here such as recent single Lo/Hi, a fizzing highway stomp.

This new eight-episode Amazon Prime show is based on a comic book that sees a CIA operative, Bill Butcher (Karl Urban), lead a group of nefarious humans known as “The Boys”. The gang are tasked with serving as law enforcers who have to keep the all powerful superheroes of their world in line by any means necessary. And that means fighting dirty!

The Boys has been adapted for television by Seth Rogen and Evan Goldberg, who also helped to develop Prime series, Preacher. The trailer is NSFW to say the least.

The most beloved performing arts festival in the world returns to Worthy Farm after a fallow year last year with a rather eclectic lineup. BBC’s channels with covering lots of the action, notably headliners Stormzy, The Killers and The Cure and all the goodness from the other stages such as Tame Impala, Kamasi Washington and Christine and the Queens.

Some guilty pleasures are out there also, with Janet Jackson playing and Kylie in the Sunday legends spot looking set to spin us all around. 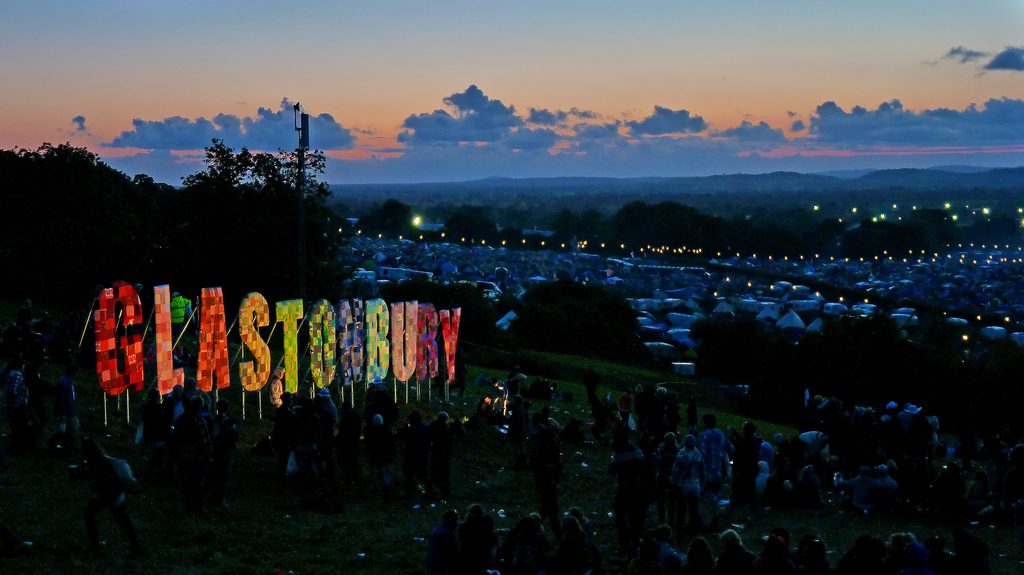 This new Sky1 show is based on a martial arts TV series apparently pitched by Bruce Lee in the 70s that the star’s widow says was stolen by the studio and made into the David Carradine vehicle Kung Fu.

The premise here is of a Chinese master  (Andrew Koji) on the search for his sister in the midst of San Francisco’s violent Chinatown in the late 1800s. There’s less fighting than you might expect, but when it does kick off it feels very authentic here with kung fu and wing chun used to devastating effect.

Danny Boyle’s lighthearted comedy, written by Richard Curtis follows struggling musician Jack Malik (Himesh Patel) who dreams of fame and fortune but seems as far away as ever from realising his dream.

Until that is, an accident sees him awaken in a sort of parallel universe where The Beatles never existed, at least not in anyone’s mind but Jacks. What would you do with a headful of classics and an unwitting world at your disposal?

Mads Mikkelson stars in this compelling survival movie as a man left stranded in the Arctic after an airplane crash. He must make the crucial decision whether to remain in the relative safety of his makeshift camp or to embark on a deadly trek through the unknown in hopes of making it out alive.

Tense with a great lead performance, Arctic is worth watching for the stunning cinematography alone.