It’s all go across the UK, there’s free festivals, music and food, plus the Pride Parade will be brightening up the capital’s streets. And if you don’t fancy going out Stranger Things is back on the box, and for all your holidaymakers we’ve got a fitness App to get that beach body ready. Here’s the Weekly EDIT. 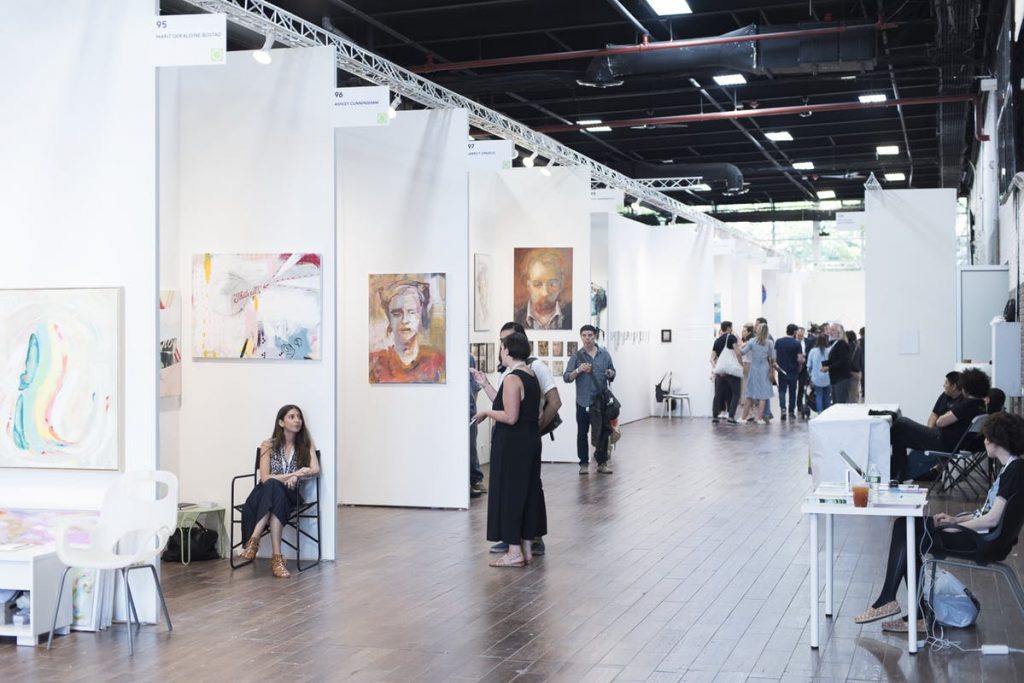 The Other Art Fair is the leading artist fair for discovering emerging talent. Here more than 100 of them will be presenting their work to sell directly to art buyers.

This year there will be a special exhibition to coincide with the 50th anniversary of the Apollo 11 Moon landing in July 1969 curated by Ben Moore, where 12 leading artists including Anish Kapoor will each transform an astronaut helmet into a work of art. Everything will be on display at The Crossing, King’s Cross. 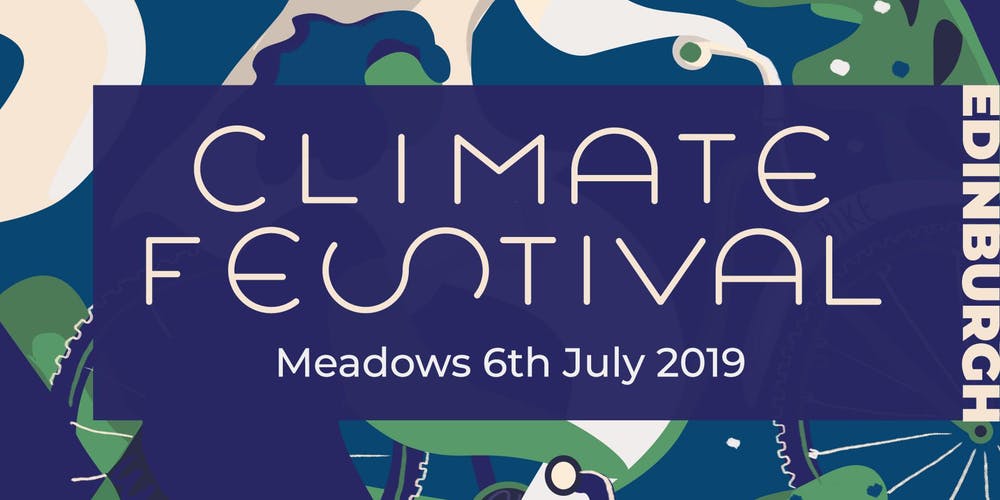 This new eco-festival in the Scottish capital aims at celebrating and inspiring climate action. This free event will feature guest speakers on subjects around the themes of low carbon food, travel, energy and zero waste.

The main stage will also host live music and dance and there will be market and food stalls peddling sustainable goods and a host of activities. As a bonus you can take your bike down for free cycle repairs and even have your clothes repaired for free. 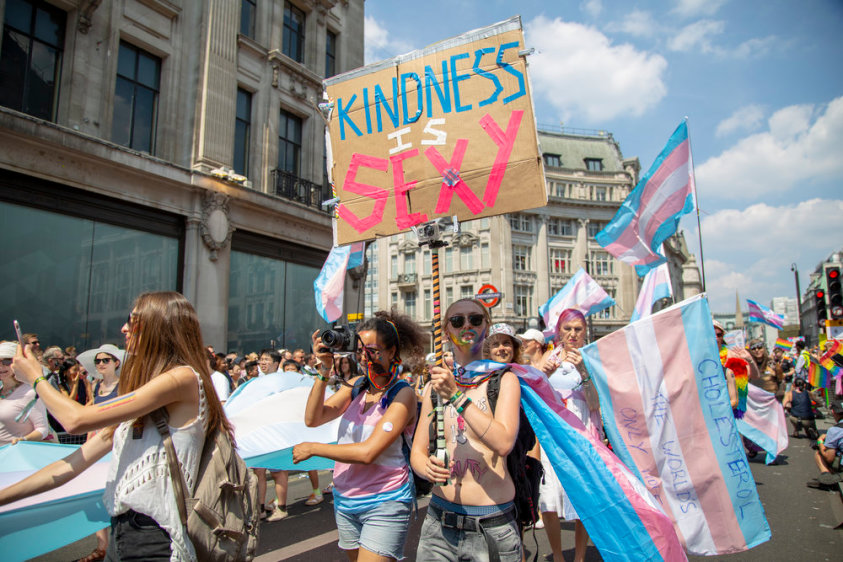 Saturday sees the annual Pride parade hit London in what is the capital’s biggest LGBT+ celebration.

Festivities get underway at 12pm from Portland Place with more than 300 floats moving along to Oxford Street and other central hotspots before finishing at Whitehall around 5.30.

With a host of music, dancing and general revelry there won’t be a dull moment along the packed route. 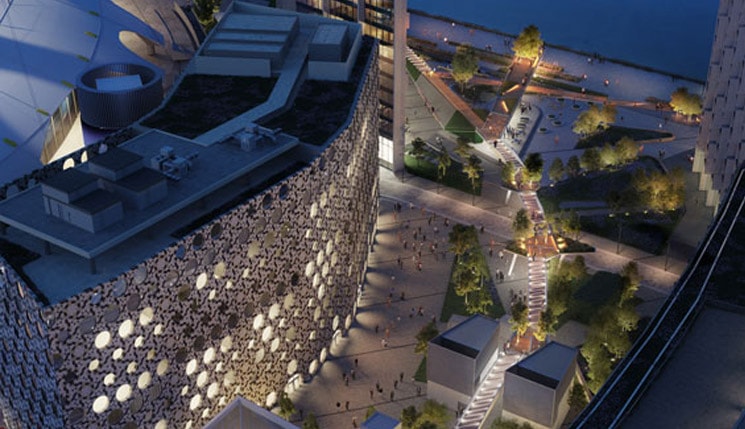 There’s music from the likes of Gaz Coombes & Laura Mvula, art, including GERONIMO’s large-scale water droplet installation, food galore, film screenings and wellness sessions. Promises to be the most fun you can have for free. 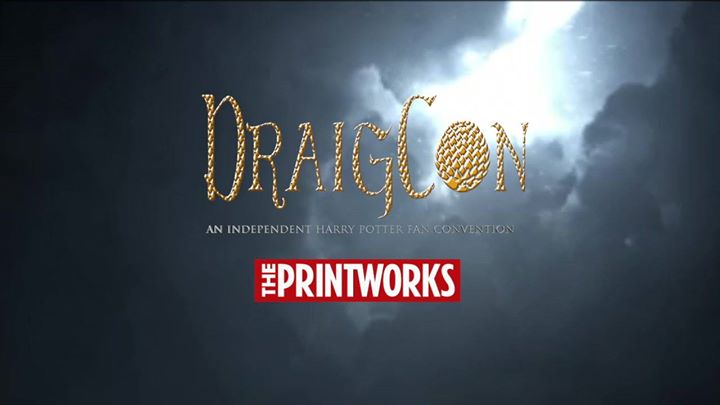 Fans of Harry Potter will be descending on The Printworks in Manchester over the weekend for a spectacular Harry Potter fan convention.

Over 20,000 fans pitched up last year with more expected this time around to enjoy the best wizardry attractions, sideshows, a Magical Market, wild and fantastical animals, plus Q&A sessions with actors from the films, such as Chris Rankin (Percy Weasley) and James Payton (Frank Longbottom. Not one for Muggles. 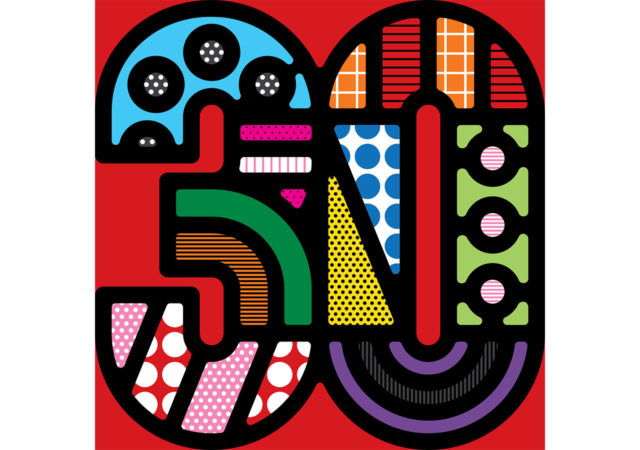 This year marks 30 years since the Design Museum originally opened its doors in a converted banana warehouse in Shad Thames.

Celebrate this major milestone this Friday with a free evening of live music from DJs and live horns and vocals powered by a Unit 137 sound system explore displays of commemorative graphic icons and archival objects and take part in a Friday Night Sketch led by illustrator Nicolas Burrows. 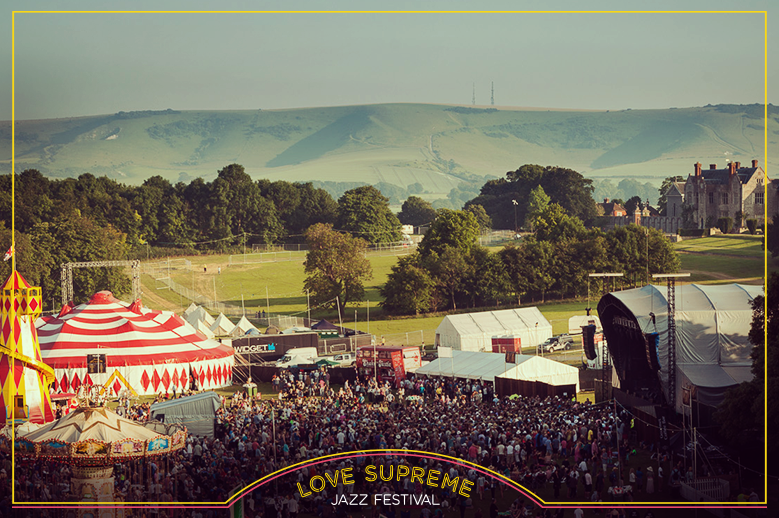 Close to Brighton in the spectacular Sussex countryside is the setting for the jazz and soul spectacular that is the Love Supreme Festival. It’s an intimate fest known for attracting big hitters from the world of music.

This year’s standouts look to be the legendary soul singer Gladys Knight performing on Saturday night.

With Sunday’s headliner being the never punctual Lauren Hill. Perhaps most excitingly, Van Morrison will be playing a 50th-anniversary orchestral performance of his seminal Astral Weeks album. 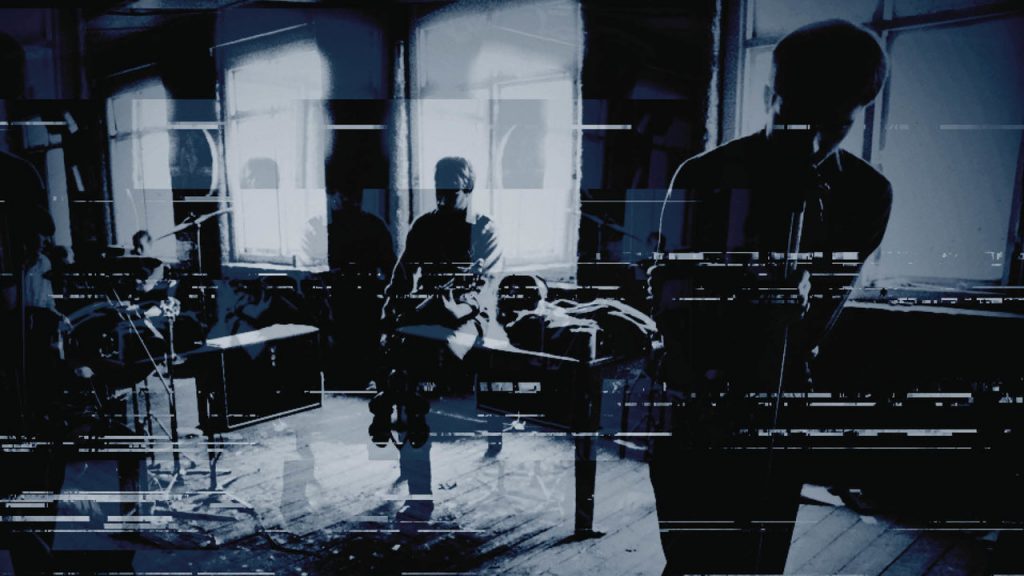 Joy Division’s legendary bassist Peter Hook is set to revisit the band’s post-punk repertoire with Manchester Camerata for a special date at the Royal Albert Hall.

Joy Division Orchestrated sets the group’s famous works in an immersive show curated by Hook using a full orchestra to pay homage to the band. Expect to hear all of the band’s landmark tracks such as Love Will Tear Us Apart, Disorder, She’s Lost Control and many more. 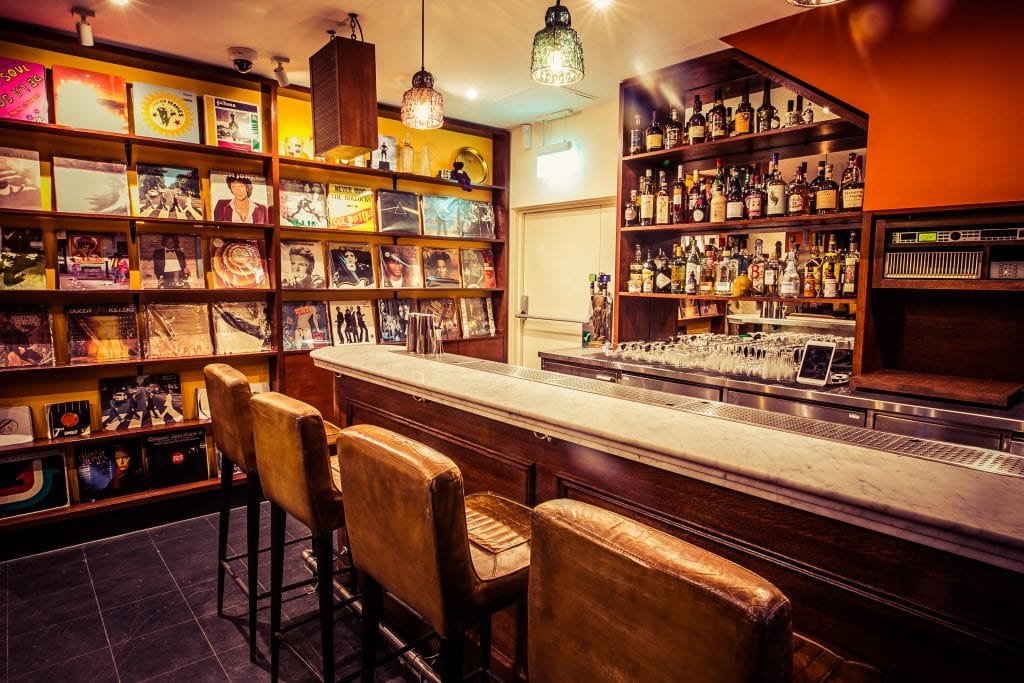 If you’re looking for somewhere to keep the party going after taking in the dulcet tones of the legendary Stevie Wonder following his Barclaycard British Summertime gig in Hyde Park on Saturday, then the perfect setting is Neighbourhood cocktail bar FAM.

This eclectic Central London space is hosting an after-party where you can enjoy a bespoke range of cocktails and more Stevie Wonder hits. 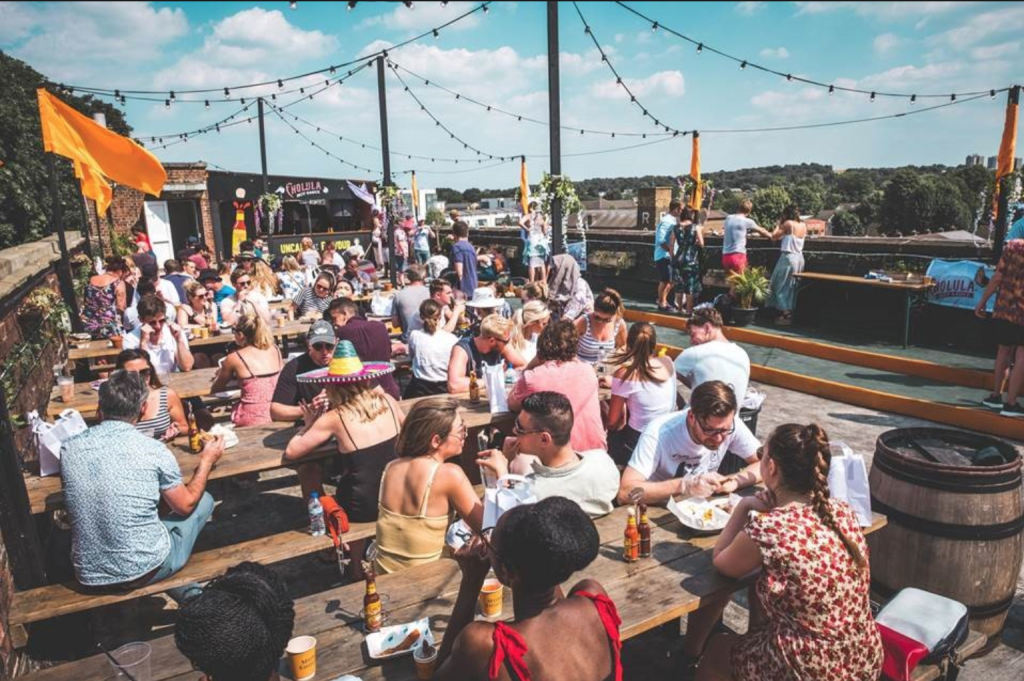 If you feel like chicken tonight, or more accurately this weekend the Bussey rooftop beer garden is the place to be for the Wingjam chicken wing festival.

Featuring 15 of the UK’s best restaurants and street wing sellers you can try over 30 varieties like Hot, BBQ, Buffalo and Vegan wings. There will also be an array of challenges, some incredible new hot sauces and a DJ stage pumping out tunes all day.

App of the Week 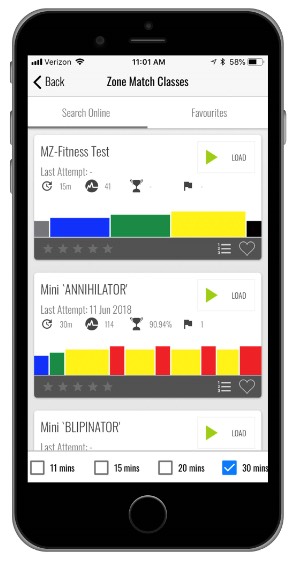 If you’re looking to get that beach body ready, or just want to squeeze some more exercise into your weekly plan, then this neat new app should give you a boost in the fitness stakes.

The MZ-Fitness Test is an innovative feature designed to help you accurately monitor your heart rate, calories and time exercising that convert into Myzone Effort Points (MEPs), with a focus on rewarding effort rather than fitness.

Once you have performed more than one MZ-Fitness Test, you start to accumulate data, shown as a % result that illustrates your performance levels changing. Hopefully in the right direction! With the Myzone MZ-3 monitor you can find your peak cardio, aerobic and fat burning zones, set personal challenges, monthly goals and interact through the App with friends.

The Next Episode (BBC Sounds, Out Now) 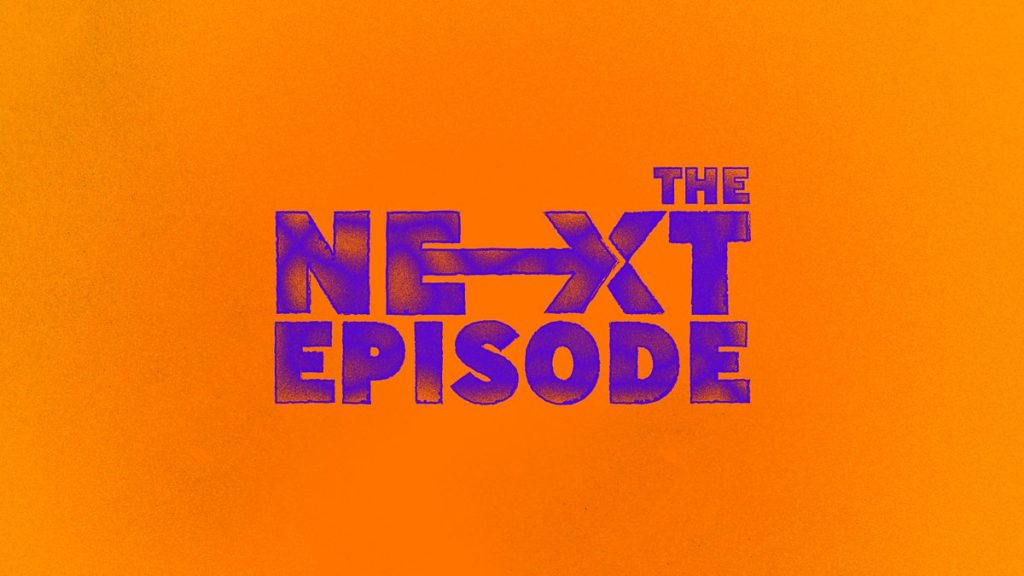 Recently they’ve also put the spotlight on sexual abuse in the music industry, mental health and the dark web. 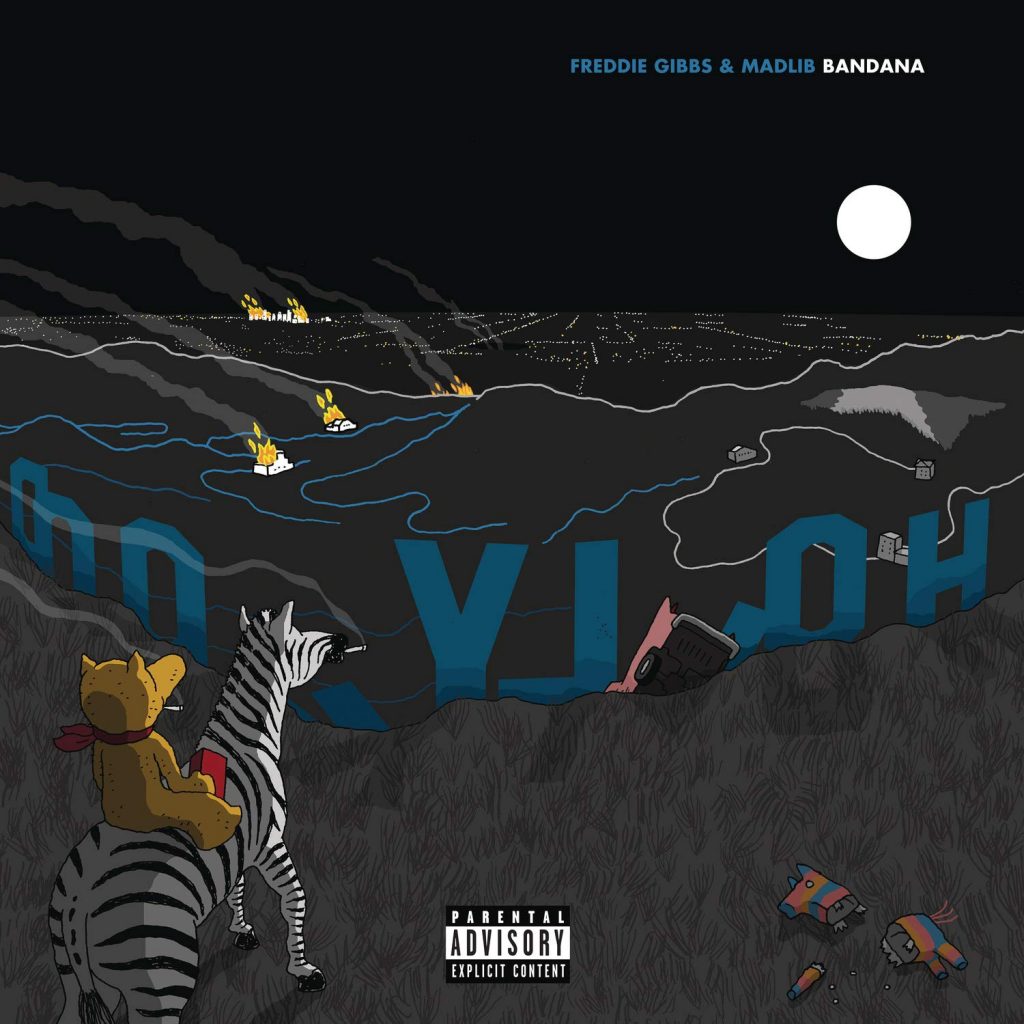 The supergroup of rapper Freddie Gibbs and LA super-producer Madlib reunite once again after last combining five years ago on the rather brilliant Piñata.

The Appleseed Cast – The Fleeting Light of Impermanence (Graveface Records, Out Now) 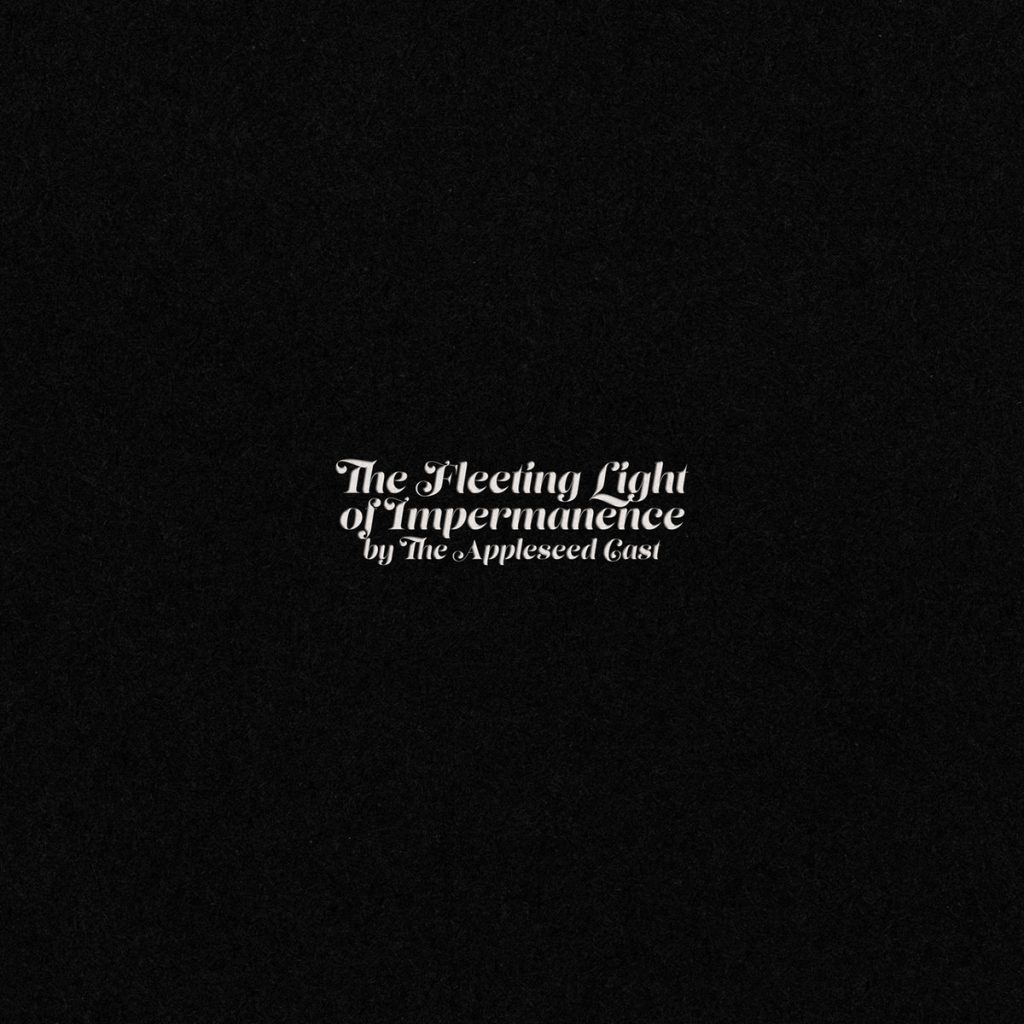 Kansas based indie rockers The Appleseed Cast have been around for what seems like forever and if you haven’t heard them they’re a band well worth investing some time in.

Their new record, the first since 2013 is some of their best work to date with slick guitar play, crashing keyboards and heavy drum sounds providing a winning formula. Check out this live version of single Chaotic Waves from the bearded bunch and drift away on its melodic journey.

It’s been a very long year and a half since one of our fave shows has been off our screens, but thankfully in time for the 4th of July celebrations in the States, we can celebrate with the return of Stranger Things.

Things kick off this time around with the leadup to Independence Day, 1985, in Hawkins, Indiana, where our favourite crew of kids – Eleven, Will, Mike and all are again forced to face yet more evil from another dimension. Expect more heavy doses of nostalgia and Invasion of the Bodysnatchers vibes.

This rather lavish six-part Netflix series tells the tumultuous tale of the rise and fall of the Romanov dynasty as part documentary featuring historians talking about the social revolution that swept Russia and part dramatisation of events.

The latter element sees Ben Cartwright in one of the key roles, playing the infamous historical figure of Rasputin.

Following on from the earth-shattering Avengers: End Game, this new Spider-Man film sees our hero Peter Parker aka Spidey, again played by Tom Holland, going on a summer vacation to Europe.

Hoping to have some time off from being a superhero, but soon finds himself drafted in by Nick Fury (Samuel L. Jackson) to help fight a dangerous threat named the Elementals. To defeat these villains, Peter is forced to team up with Mysterio. But can he be trusted?

From the makers of the most terrifying film of last year (in our opinion at least), Hereditary, this folk horror set at a summer festival in a remote Swedish village sees a young American couple and their friends head to the gathering looking for fun.

If only life was that simple, as the fun and frolics take an inevitable sinister twist. Not a patch on director Ari Aster’s debut, but still enough creepy moments to keep most scare fans satisfied.

In Fabric (Cinemas, Out Now)

This offbeat, surreal, Lynchian horror comedy is set centred around a killer dress (you read that right) as it wreaks havoc on all who wear it. Cult fandom surely awaits.

We were fans of Eli Roth’s Clown, and while In Fabric looks somewhat more amusing, we’re expecting similar levels of weird. Definitely one for lovers of the underground B-movie horror vibe. A celebration of style with a large dose of comedic substance. 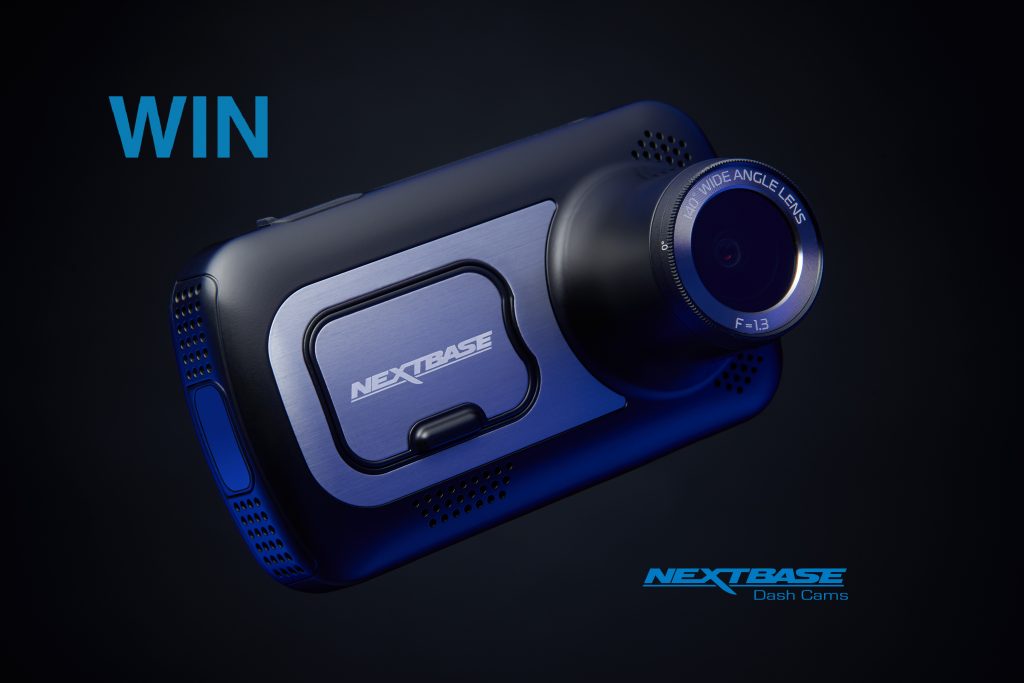 We’ve teamed up again with our friends over at Nextbase UK to offer one of their new top of the range Dash Cams.

Currently, the most popular tech consumer product, Dash Cams out-sell Sat Navs and are the most popular in-car gadget available today. Nextbase, the UK’s leading manufacturer of Dash Cams, recently launched its Series 2 range, which has upgraded on its award-winning tech and image quality.

At the higher end of the range is the 522GW, which records in stunning 1440p HD, ensuring the footage is crystal clear. The 522GW has a higher GPS accuracy, contains Bluetooth connectivity and Wi-fi video-sharing features, and with the 140° ultra-wide viewing angle, this Dash Cam captures the entire road ahead.