There are some marvelous events to head down to this week in mid-May. As usual, there’s a little bit of something for everyone with festivals for fitness freaks and lovers of funk and soul, the chance to see a meticulously detailed model of the moon and even a village fete in a city! Here’s a bumper edition of The Weekly EDIT. 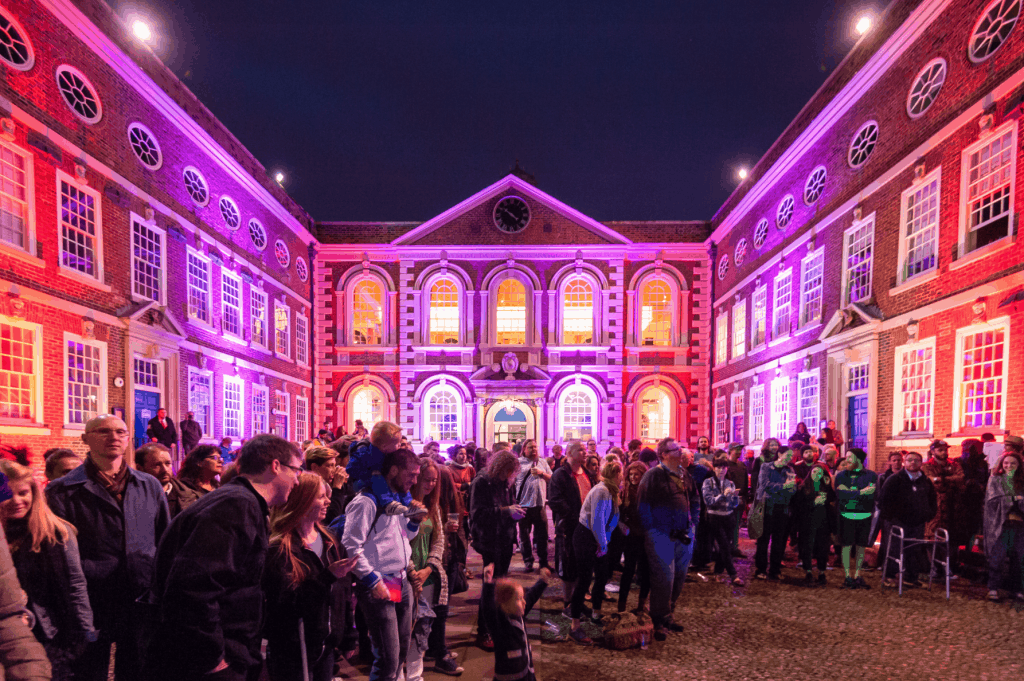 LightNight Liverpool, the city’s one-night arts festival, returns for its tenth year with seven new commissions from artists alongside 100+ free events at venues and unusual spaces in every corner of the city.

This year’s programme based on the theme of ritual will see exciting goings-on like the underground of Moorfields train station being transformed into an immersive sound and light installation, an all-singing, all-dancing Bombay wedding ritual and an audio-visual shrine dedicated to Donna Summer. Sounds mad, but brilliant.

From Friday at the National History Museum, you can visit the touring installation artwork by UK artist Luke Jerram, Museum of the Moon. The work has been touring the globe since 2016, lighting up spaces from Bilbao to Beijing.

This six-metre model features meticulously detailed NASA imagery of the lunar surface, ambient moonlight and an evolving soundscape. It will be at the Museum in time for the fiftieth anniversary of the Apollo 11 Moon landing, accompanied by an exciting programme of events for space enthusiasts of all ages. 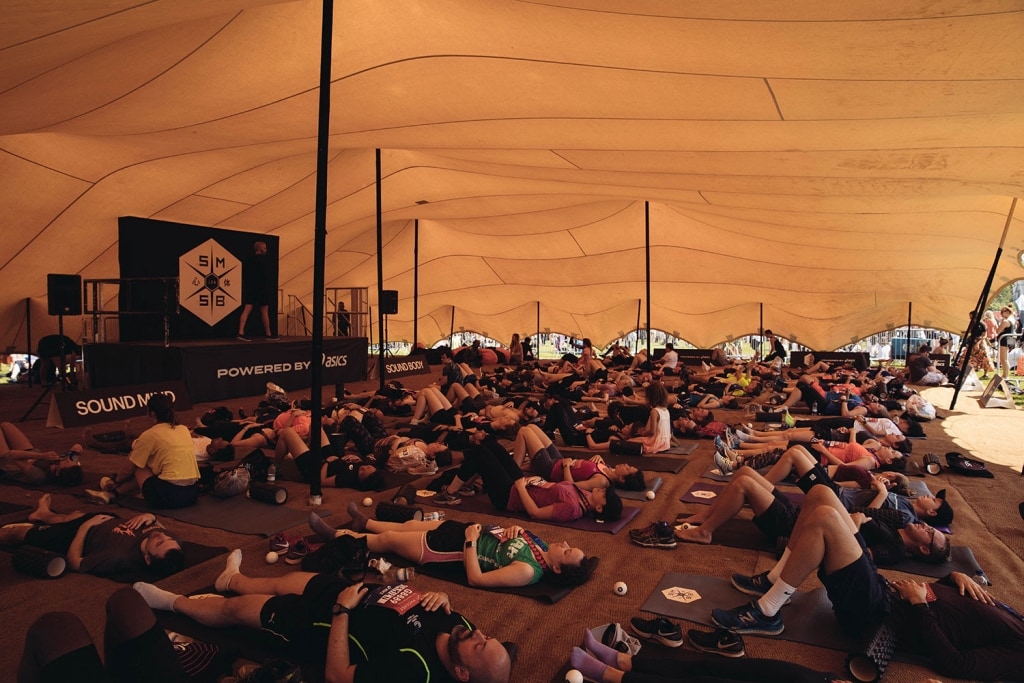 If you fancy getting your sweat on in public alongside 60,000 people then the Hackney Festival of Fitness is the perfect destination for you. There’s something for all fitness freaks on the hallowed marshes with 72 curated activities as varied as a Ministry of Sound workout, Yoga with a live orchestra, Paddle Boarding and even choreographed spinning. The weekend’s action culminates with the Hackney Half marathon on Sunday.

It’s not all ice creams and sandcastles down Margate beach this Saturday, but instead, it plays host to one of the toughest one-mile races on the planet. The Red Bull Quicksand sees 750 competitors battle it out over the sandy obstacle course with a knockout format, seeing runners progress through heats and semi-finals to reach the grand final. Let’s hope they seas the day. 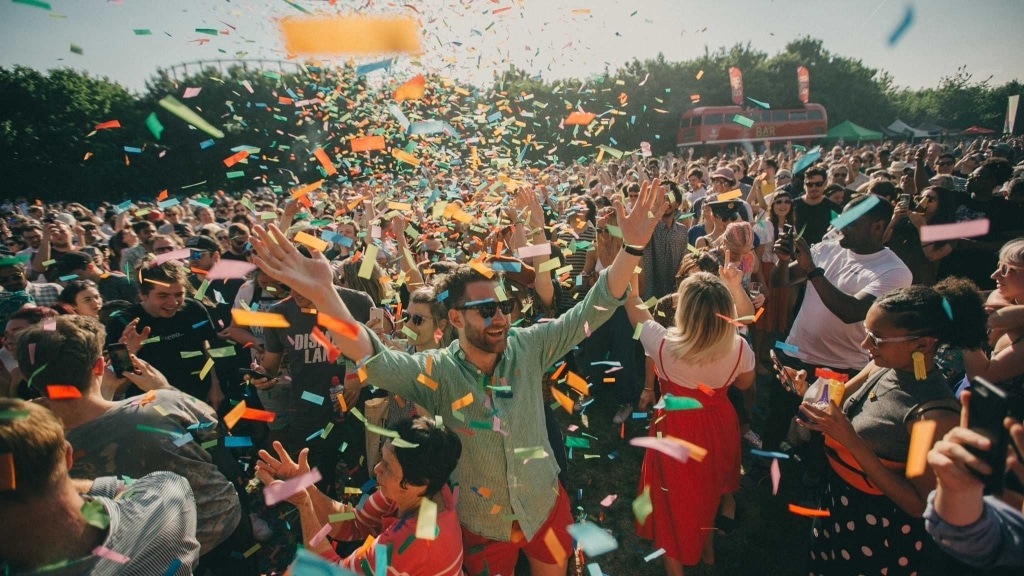 As regular readers of The Weekly EDIT will know we love us a good old free festival, step forward The Urban Village Fete,
founded by designer Wayne Hemingway. It pitches up near the O2 on Sunday from 11am – 7pm, for a full day of music from the like of DJ Gilles Peterson and Kinetika Bloco, talks, workshops, dance, comedy, craft, street food and plenty more besides. Oh, and did we mention it was free?

This month sees the fifth annual Photo London fair at Somerset House, a place to encounter the most innovative emerging artists in photography, to see new work by established masters and encounter rare vintage pieces. Here the world’s leading photographers, curators, exhibitors, dealers and the public come together to celebrate all aspects of the medium. Along with special exhibitions, installations, and a Talks Programme, each edition of the Fair also sees a number of Awards announced, headlined by the Photo London Master of Photography Award. 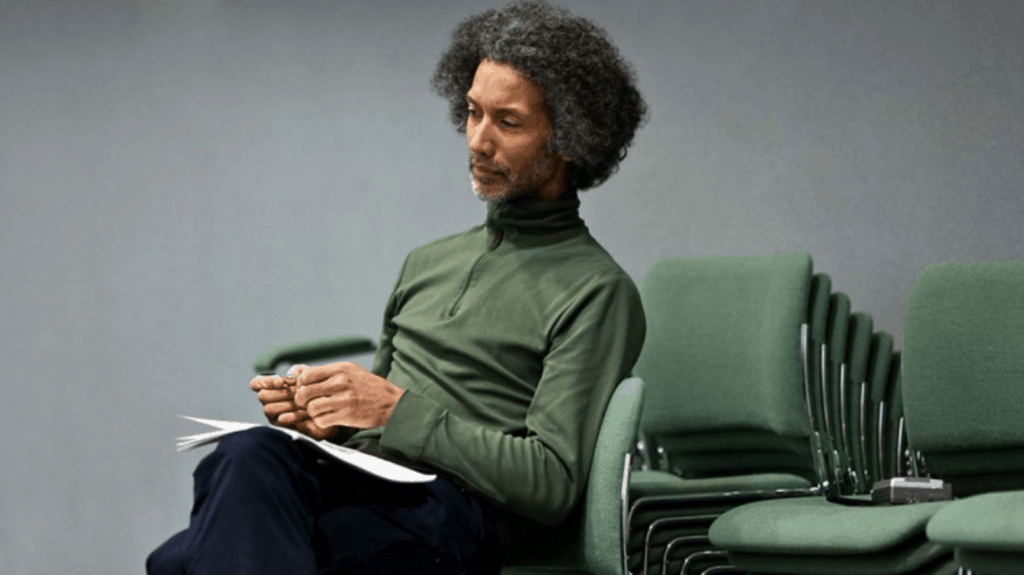 As we wrote last week it’s Brighton Festival time, with all the cultural goodness it brings. One of the most interesting events this week is a conversation with founder of UK hip hop label Big Dada, Will Ashon.

As a fan of Wu-Tang Clan’s 1993 debut album Enter the Wu-Tang (36 Chambers), last year he released an eclectic tribute to the record, Chamber Music: About the Wu-Tang (in 36 Pieces), which covers everything from the urban geography of New York to the history of jazz. He’ll be chatting about it with veteran music journo Kevin Le Gendre. 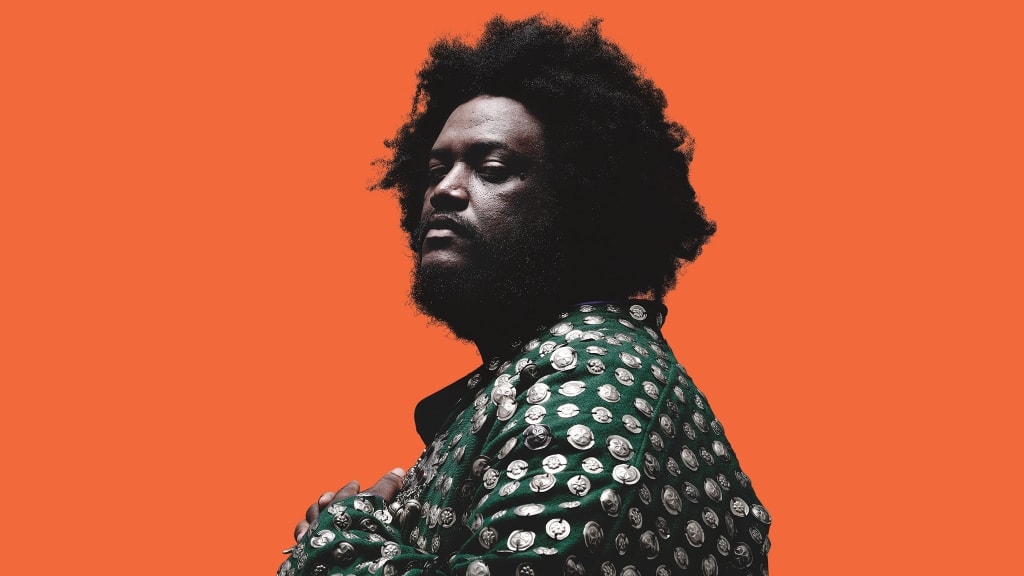 Now in its third year, this three-day party of all things soul and funky is back to deliver the very best of Neo-Soul, Hip Hop Beats and choice cuts from the UK’s flourishing Jazz scene. The lineup includes jazz maverick Kamasi Washington, DJ sets from the likes of Craig Charles and Huey Morgan, with The Pharcyde on hand to dole out some genius 90s hip-hop. This year the Weekender moves to a brand new location on Brighton Beach, with different music venues and food & drink stalls.

It’s a veritable who’s who of modern day indie at Leeds’ Brudenell Social Club on the weekend. Now in its fifth year, Gold Sounds Festival returns bringing you some of the finest new alternative music acts with 25+ artists playing across two stages, over two days.

Don’t miss the likes of Fat White Family (pictured) riding a wave of positive reviews from their recent album Serfs up!, Doncaster punk trio The Blinders and the forces of nature that are Pigs x7. 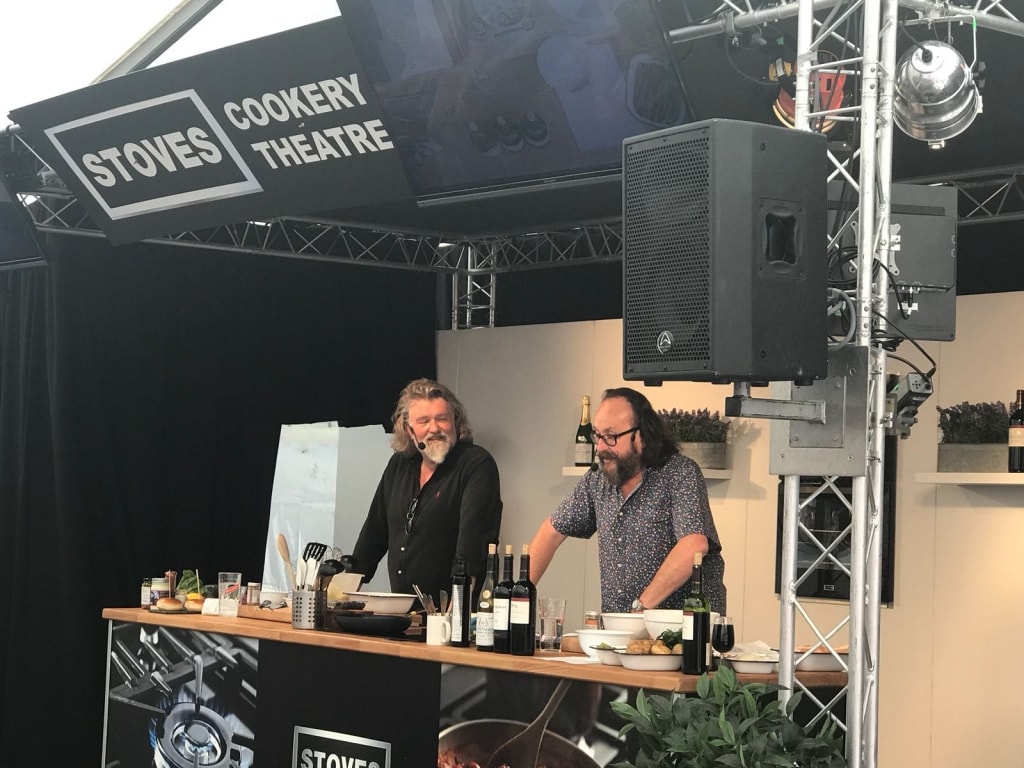 Staying in South Yorkshire, Delicious Doncaster is one of the biggest food fests the county has to offer, with a three-day culinary extravaganza unfolding, featuring scrumptious street food and drinks, chef demos, challenges and entertainment.

The highlight looks to be the on-stage lessons from Sunday Brunch host Simon Rimmer and Bake Off winner Candice Brown, with all produce used in the cooking demos locally sourced from Doncaster’s very own award-winning market. 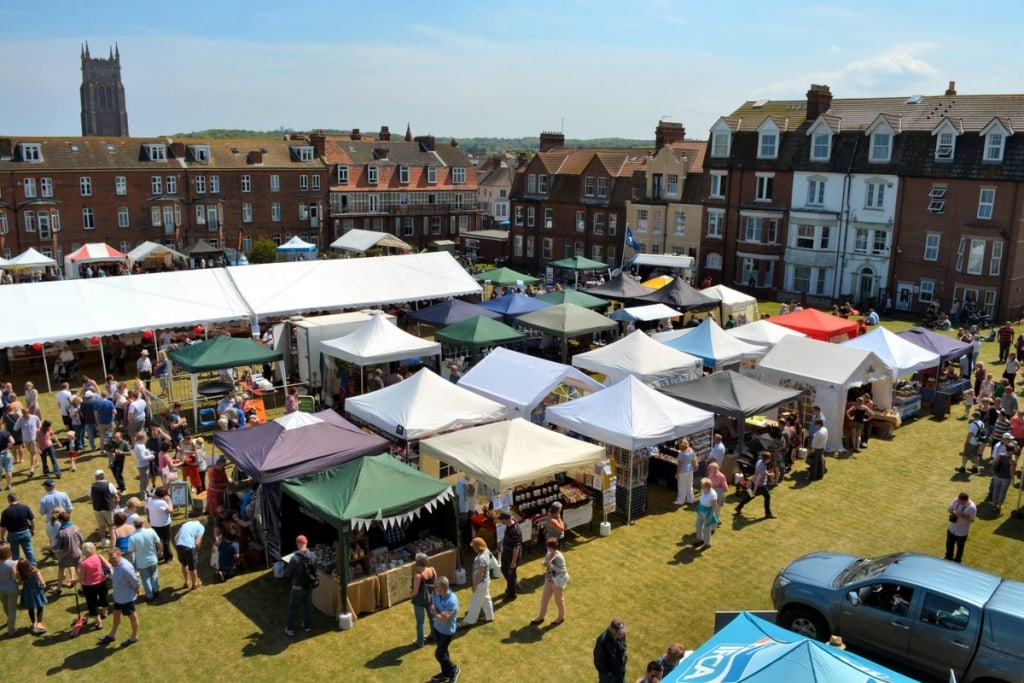 It’s the time of year when two north Norfolk seaside towns put local rivalry aside and get together to celebrate seafood specialties with a weekend of food and events. The 10th annual festival will be held in Cromer’s Evington Gardens with 50+ food and drink stalls, entertainment, cookery and crab dressing demonstrations.

Don’t miss the crab lucky dip on Saturday and the Cromer crab sandwich competition on Sunday. And remember to share any of the food you buy, you wouldn’t want to be thought of as shellfish now would you? 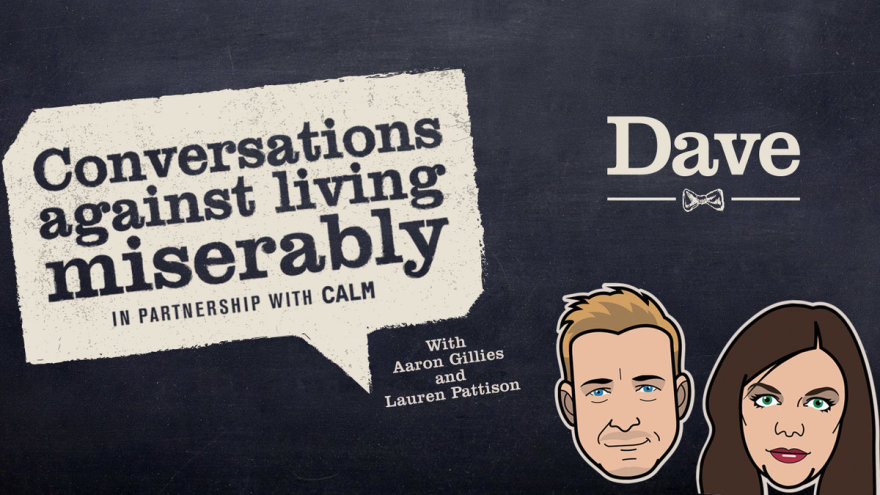 In time for Mental Health Awareness Week that begins today, UKTV Channel Dave has launched Conversations Against Living Miserably, a podcast hosted by Aaron Gillies and Lauren Pattison, that sees comedians talking candidly about their mental health. Upcoming episodes will see funny folk such as Jamie Demetriou and Darren Harriot chat about their issues and the funny little things that get them through life.

Episode one (out now), sees Zoe Lyons talk about appreciating the small stuff and her fear of glass furniture! Funny and thought-provoking at the same time, it’s a welcome addition to the podcast universe at a pertinent time. 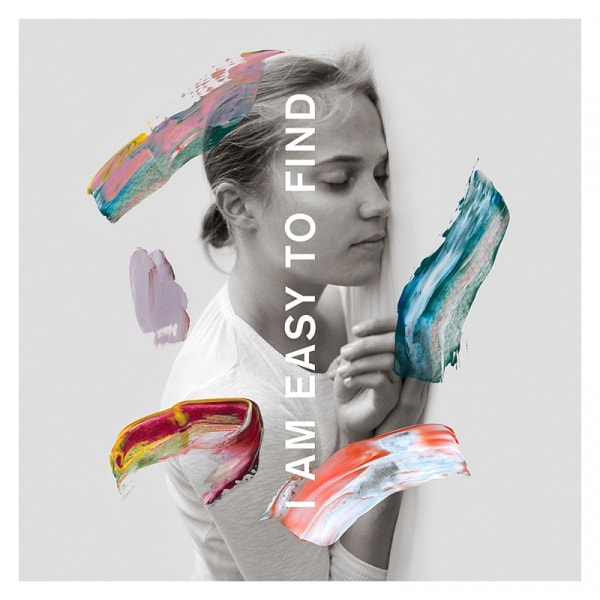 The eighth studio album from Ohio’s finest The National is something of a departure for the band. It’s a more collaborative effort with former Bowie bassist Gail Ann Dorsey, Sharon Van Etten, This Is The Kit’s Kate Stables and Lisa Hannigan among the artists pitching up and adding significantly to their respective tracks.

But don’t be too concerned, the world weary lyrics we know and love are still present, it’s just all on a slightly grander scale. Helped in part that the album also has an accompanying conceptual film starring Alicia Vikander, created by indie film-maker Mike Mills who says the movie and album are about “playfully hostile siblings that love to steal from each other”. Listen to the single Light Years and get ready for The National to dominate this year’s festival scene. 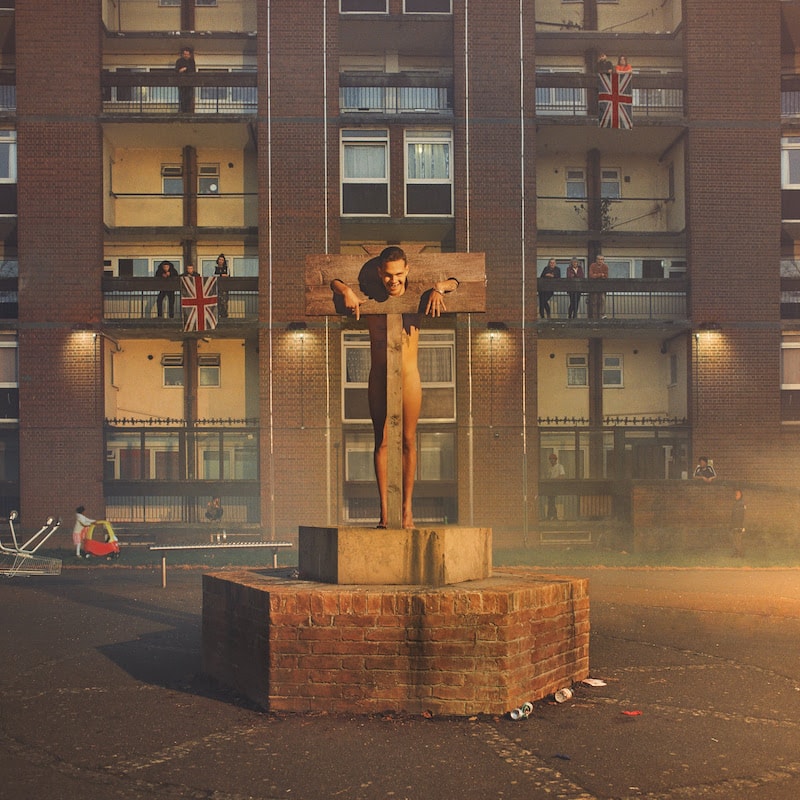 The future sound of British hip-hop has arrived in the form of Slowthai and his new album is pitched perfectly for the turbulent Brexit era we live in. Slowthai, real name Tyrone Frampton, is a 24-year-old rapper from Northampton who has burst onto to scene with his unique sound and playful, pointed lyrics that from one blistering breath to another might be bigging up the likes of EastEnders’ Phil Mitchell, then calling The Queen the ‘C’ word.

Brilliant singles like the frantic ‘Doorman‘ and ‘Peace of Mind’, which looks at estate life, signal that this is one musician who demands to be heard. With great songs like this, Slowthai has the chance to be the voice of a generation for the UK, and a much needed one at that. 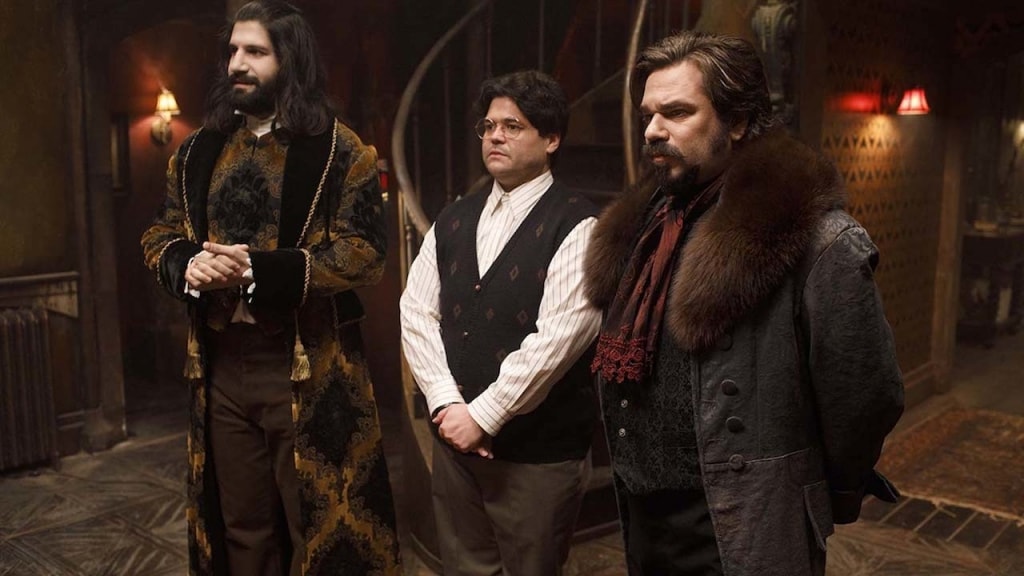 This delightfully silly ten-part TV spin-off from the very funny 2014 mockumentary film of the same title, follows the lives of a group of vampires in New York. The cast includes Brit funnymen Matt Berry and Kayvan Novak as centuries-old vampires, with Harvey Guillen as their human servant.

We watch the group of mismatched housemates as they deal with many of the mundane day-to-day issues we all face, but with the benefit of supernatural powers at their disposal. The series is a joy, no huge surprise with Flight of the Conchords’ Jemaine Clement at the helm. Expect some A-list cameos later in the season. Watch the trailer HERE. 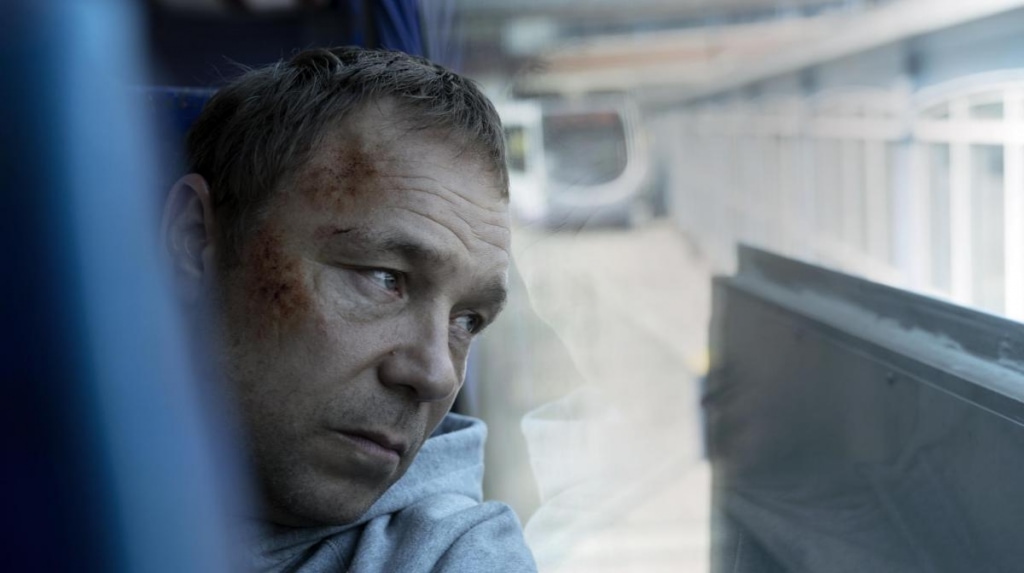 When Shane Meadows writes and directs anything we watch it. Here for this visceral four-part drama Meadows has again teamed up with his This is England actor Stephen Graham where he stars as Joseph, a lost soul attempting to confront childhood trauma and piece his life back together.

The Virtues is based on the director’s own repressed childhood memories of sexual abuse. Instead of confronting the perpetrators, he put all his creative energy into making the series. All the elements are there for  a deeply emotional, compelling and likely award-winning show. Watch the trailer HERE. 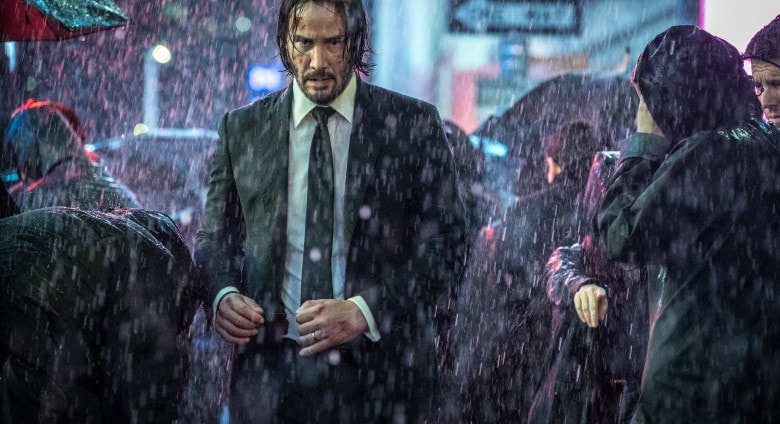 After a disappointing follow up to the brilliant first film in this series following the fortunes of formerly retired hitman John Wick, we’re happy to announce that Keanu Reeves’ deadly dog lover is back to world-beating form.

Following on from the second movie JW remains on the run after killing a member of the international assassin’s guild. With a cool $14 million price tag on his head, he finds himself the target of hit men and women everywhere. Luckily he’s up to the job of taking bad guys down – and in some style. Watch the trailer HERE. 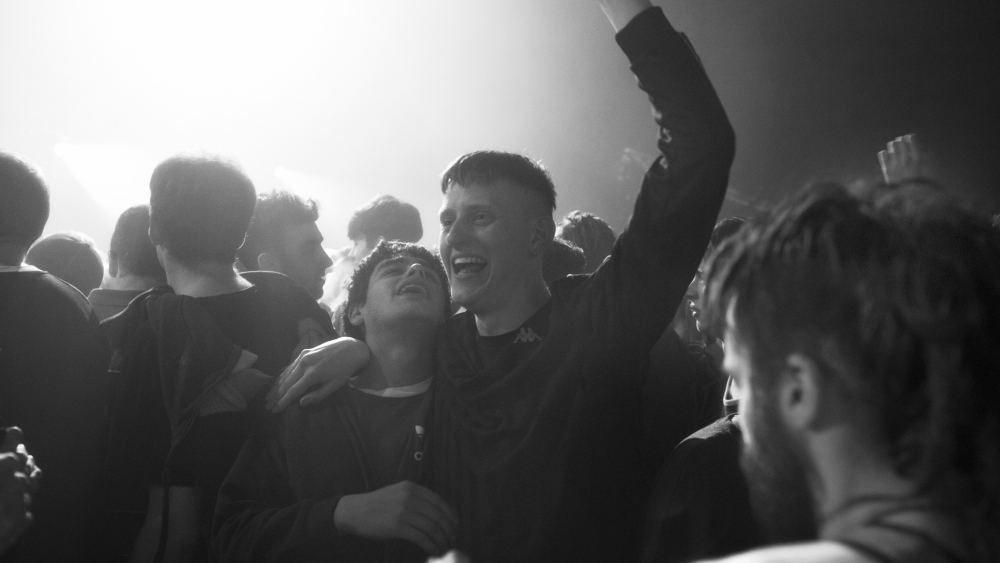 Brian Welsh’s enjoyable film takes place in the rave scene in 1994 and follows two loyal fifteen-year-old mates Johnno and Spanner. Johnno’s mother disapproves of his friendship with livewire Spanner due to his reputation as the town tearaway.

Spanner and his friends end up taking Johnno to a (very authentic feeling) illegal rave held in protest of the UK banning all free parties and they begin the night of their young lives. Watch the trailer HERE. 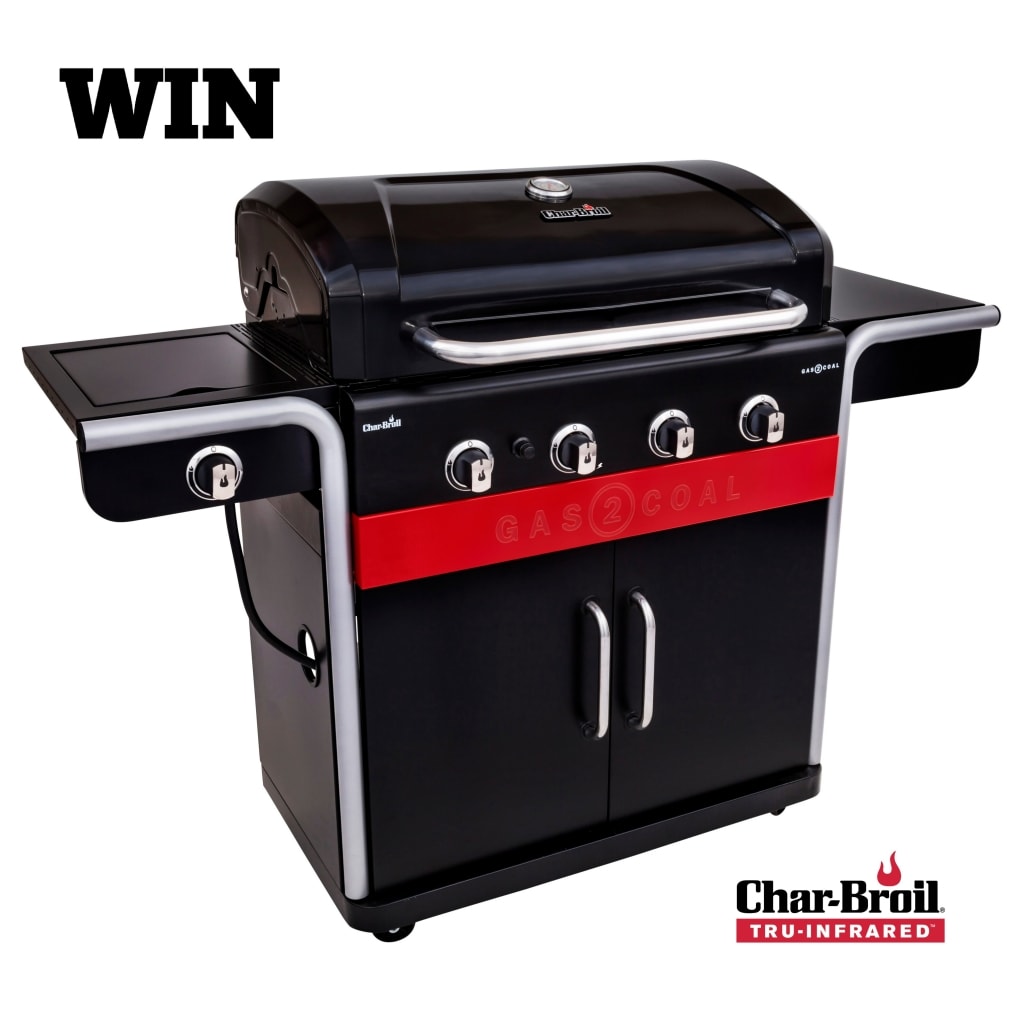 We’ve teamed up with America’s #1 gas grill brand Char-Broil® as they launch an all-star line-up of BBQ models for 2019, all of which combine cutting-edge innovation, top performance and fantastic design.

One of the stars of their new range is the 4 burner Gas2Coal hybrid BBQ featuring Char-Broil’s innovative TRU-Infrared cooking technology to give 50% juicier results and even distribution of heat without flare-ups. Why choose between gas or charcoal when this grill can do both?