After a stormy couple of weeks, we could all do with a little bit of calm in our lives right now. Luckily there’s some great exhibitions and events going on this week to provide a bit of much-needed solace from the elements, whether it be casting your eyes over some gorgeous vintage cars or quaffing cocktails in celebration of National Margarita Day. You know the drill, it’s The Weekly EDIT. 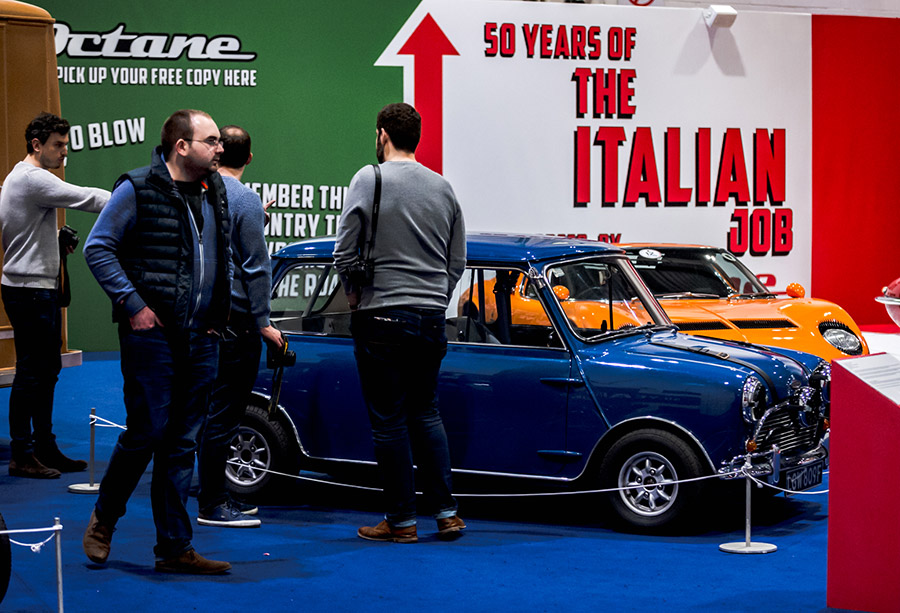 The sixth edition of the London Classic Car Show takes place at Olympia London for the first time this year. The location may have changed, but what hasn’t is the dazzling array of over 500 classic cars on display. Collectors and enthusiasts can peruse and purchase some rather lovely vintage models for sale. A new feature this time around is Car Stories, which celebrates six of the world’s most iconic and interesting cars, all with an incredible story to tell, from the 1987 Rothmans Porsche 962C to Sir Stirling Moss’s Maserati 250F.

Steve McQueen’s new Tate Modern exhibition is his first major show in the UK for 20 years and it displays exactly why he’s risen in prominence to become one of the country’s greatest living visual artists. Being primarily a filmmaker many of the works here are movies, from Static (2009), which shows close-ups of the Statue of Liberty filmed from a helicopter after the 9/11 attacks, to Charlotte (2004), a surreal short where McQueen pokes actor Charlotte Rampling in the eye. It’s a powerful and unique show that will linger in the mind long after you visit. 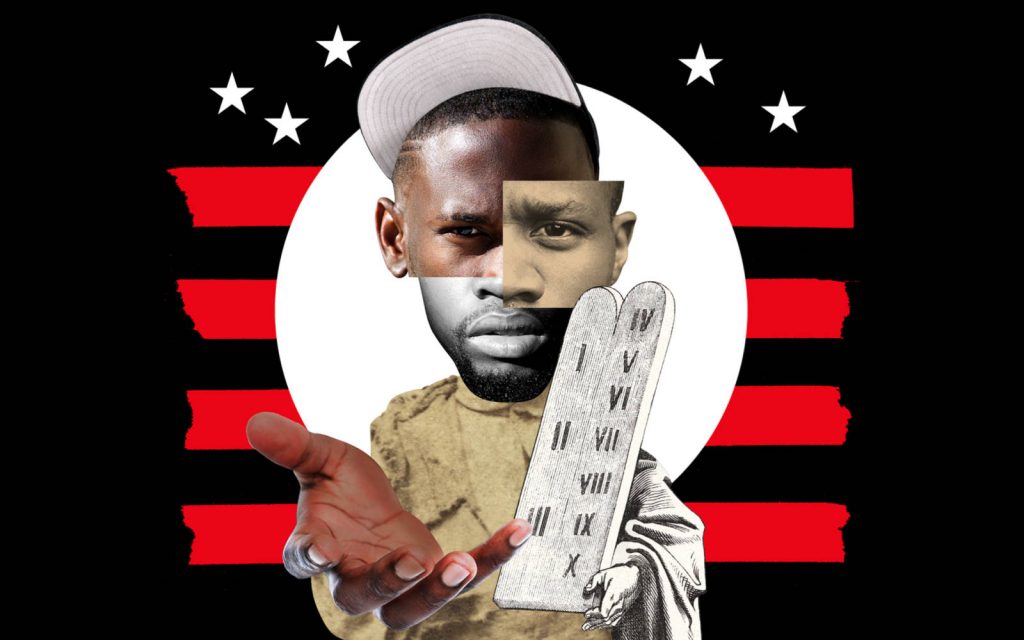 This politically charged play from African-American playwright Antoinette Nwadu looks at the experiences of black men in a world that refuses to see them. It’s all loosely based on Waiting for Godot, the biblical Exodus and stories ripped from the daily headlines. Paapa Essiedu and Gershwyn Eustache Jr. star as two men trying to rise above racism and not get shot by the police.

This new show at London’s Box Galleries, Shaken, Not Stirred, celebrates the past, present and future of the James Bond franchise’s influence on 20th and 21st-century art. It includes a curation of photographs, illustrations, screen prints and silkscreen paintings by some of the most iconic artists of our time. The blockbuster exhibition will be an immersive Bond experience comprising a series of new and archival works from Terry O’Neill, Simon Claridge, Douglas Kirkland and many more. 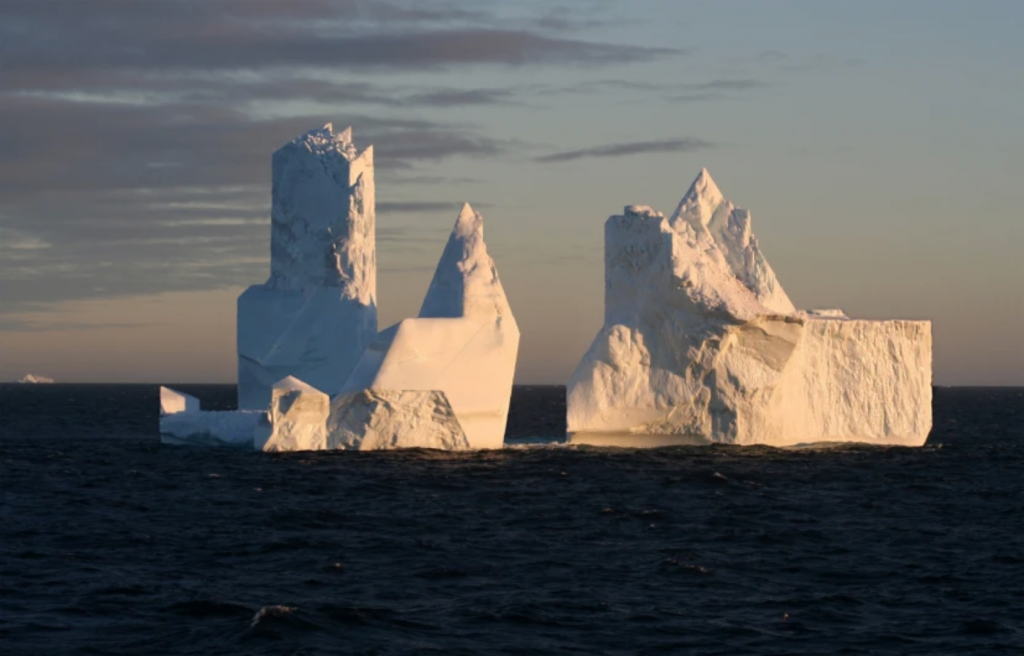 This exhibition in Eltham came about after the Gerald Moore Gallery sent an open call to artists for work that explores issues around the Environmental Crisis we face. Out of 324 artists from around the world, 50 were shortlisted to exhibit, with the works ranging from sculpture, photography, installation, video, painting and performance on subjects such as climate change, deforestation and air quality. Alongside the show there will be a series of talks, performances and workshops. 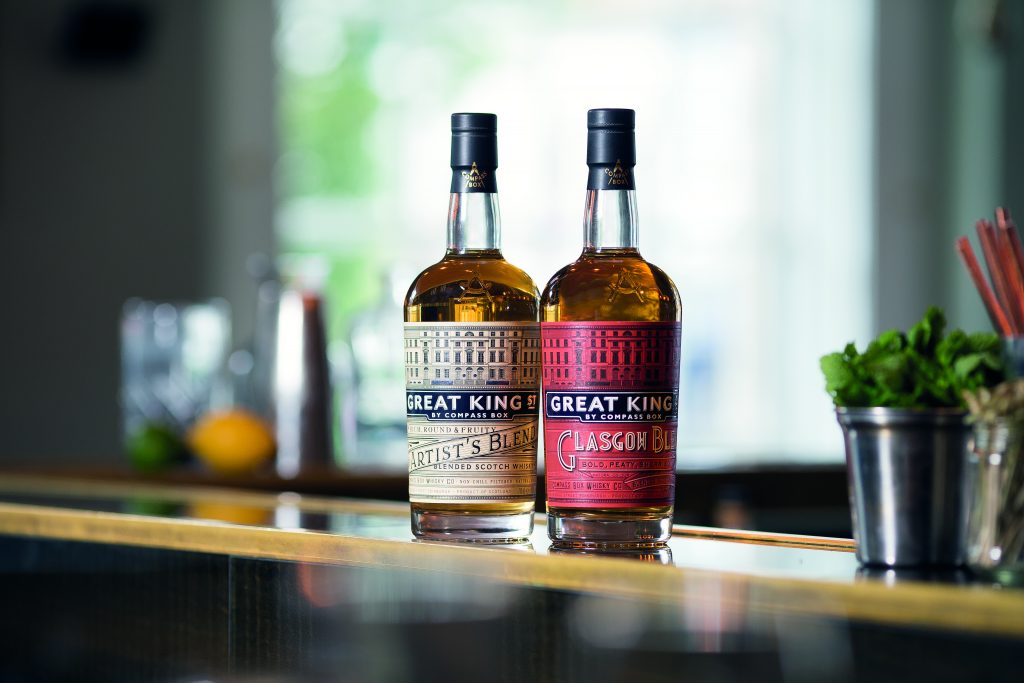 This year, indie bottler and blender Compass Box Whisky turns 20 and to celebrate, they’ve teamed up with Shoreditch bar and restaurant, Bull In A China Shop, for some special events. One of which is taking place on Thursday, where from 6.45pm-8.30pm, you’ll have the chance to try some of their finest drams paired with chocolate and cheese. Simple and delicious. Make sure you get your tickets in advance. 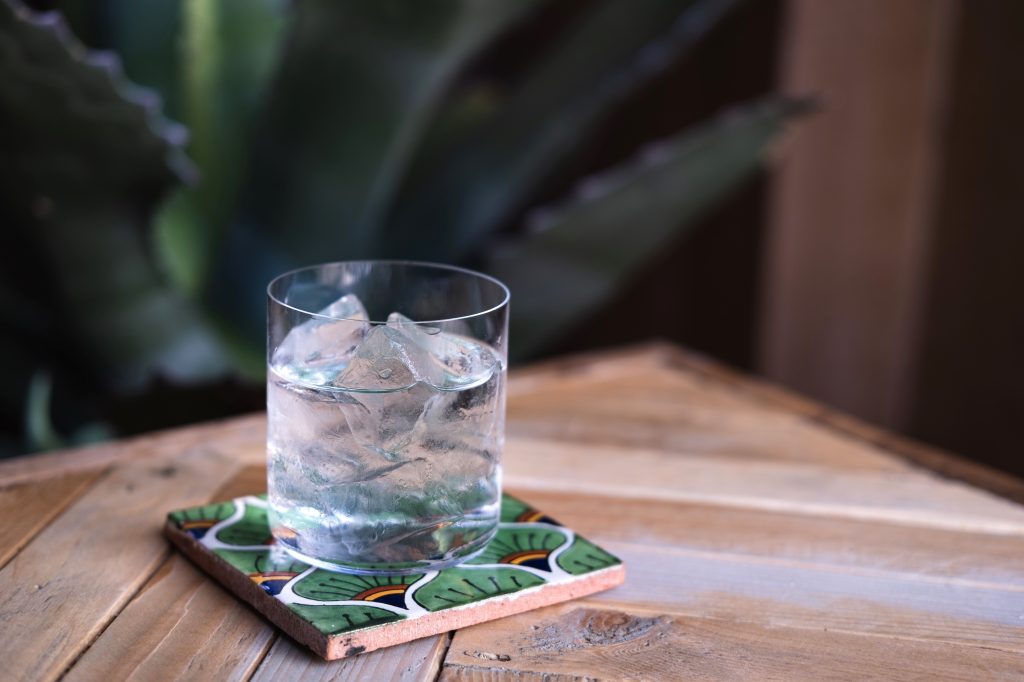 Dalston based agavaria, Hacha will be officially launching its three new variations of its award-winning cocktail, the Mirror Margarita, this week in celebration of National Margarita Day. On Saturday, from 5pm – 11pm, guests can enjoy a tasting flight of all five Mirror Margaritas as well as some tasty tacos. Each new innovative variation, which will be available for five weeks only, have been invented by the bar’s co-founder Deano Moncrieffe, with delights including the ‘Largarita’ made using a white beer reduction and the ‘Barrel Aged’ made using aged Bulleit Rye Bourbon. 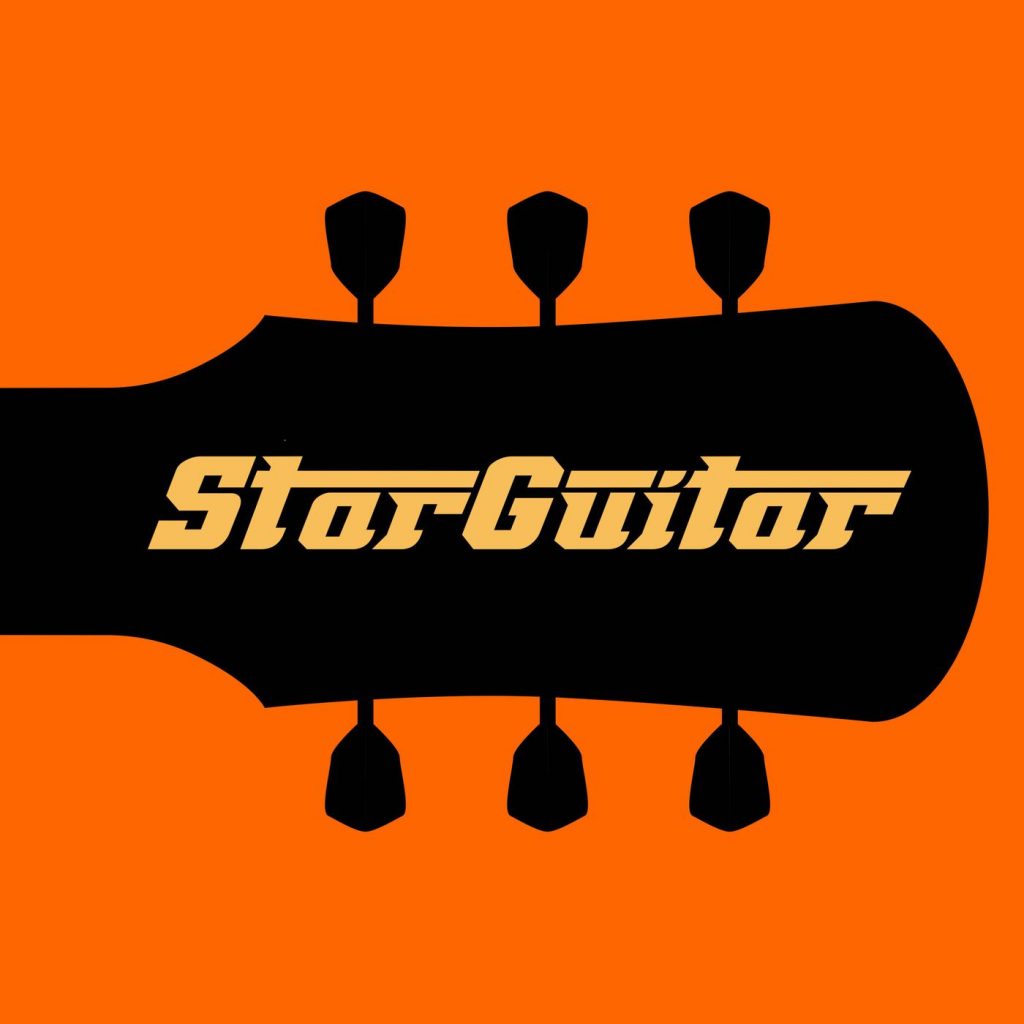 This new podcast from music journo Andy Welch delves into the relationship between musician and their trusty guitars. The cast features interviews with the likes of Wilco Johnson, Everything But the Girl’s Ben Watt and Marika Hackman as they talk about their own axes and the story of how they actually came to play the instrument in the first place. 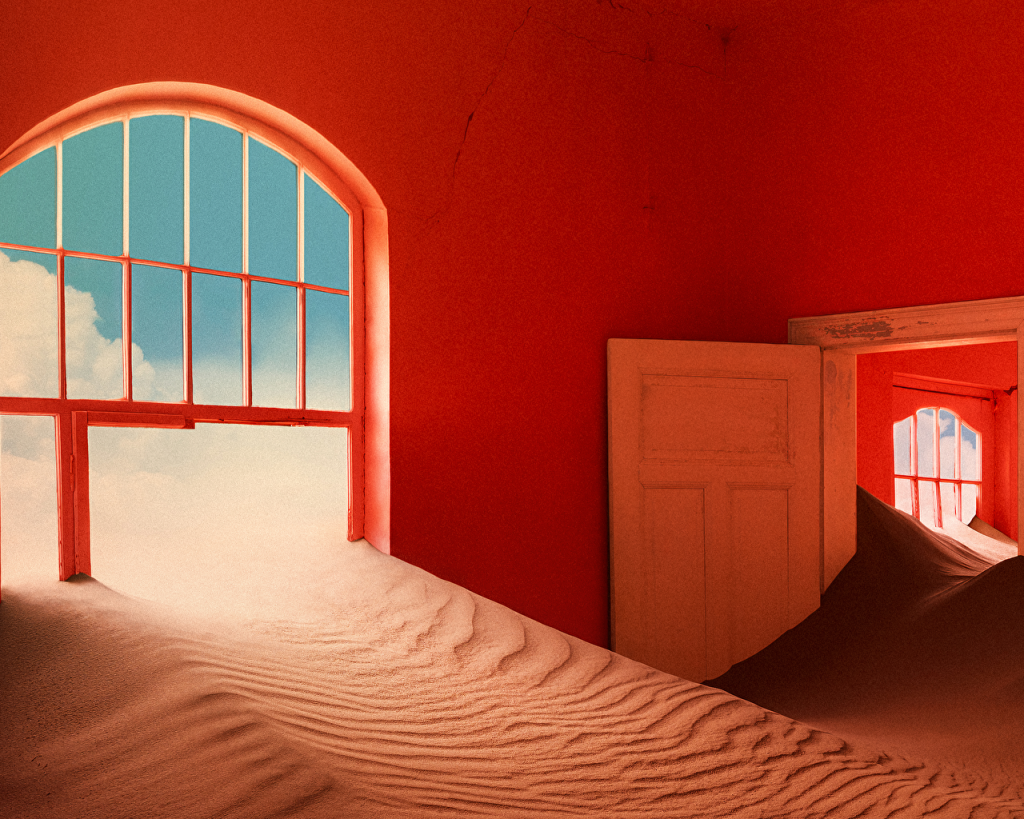 In the five years since Tame Impala’s last album, the Aussie psych-rockers (or to be more accurate the one-man band who is Kevin Parker) have become huge business with headline slots at the biggest festivals in the world. The Slow Rush signals the next step in the Tame Impala musical evolution, from guitar driven tracks to a poppier disco aesthetic. And we’re glad to report it’s pretty brilliant. Feat on single ‘Lost in Yesterday’ HERE.

This left of field drama series from Amazon, starring big-screen legend Al Pacino in his first major ‘TV’ work, follows a group of Nazi hunters in 70s New York who set out to uncover the war criminals hiding in plain sight in the US following the WWII. It’s loosely based on the actions of some real-life Holocaust survivors and Nazi Hunters who sought revenge, although the conspiracy to set up a Fourth Reich in the States, the premise for this series, we’ll assume is fictional. Jordan Peele takes on Exec Producer duties.

British director Michael Winterbottom reunites with Steve Coogan for this sharp satire that takes aim at the stupidity of the super rich. Coogan plays fictional high-street fashion mogul Sir Richard “Gready” McCreagle (who may or may not be based on Topshop supremo Philip Green), as he prepares for an overblown, gaudy 60th birthday party on the island of Mykonos. Asa Butterfield, Isla Fisher and comedian David Mitchell also star.

This new Takashi Miike movie deals with themes of drug addiction and Triad gangs, so not what springs to mind when you think romance. But that makes First Love such a unique watch. It follows young boxer Leo as he meets and falls for Monica, a call girl and addict who has become involved in a drug-smuggling scheme. Over one crazy night in Tokyo, the pair are pursued by a corrupt cop, a yakuza and a female assassin sent by the Chinese triads. Something of a genre mash-up triumph.