Plenty of treats to be had this week with Halloween turning up on our doorsteps on Thursday. There’s a couple of top new exhibitions, some fast-paced rugby action to get us in the mood for Sunday’s World Cup Final. And if its scares that you’re after then why not take in one of the many spooky screenings or visit the UK’s number one Halloween attraction. You’ve been warned! Here’s your Weekly EDIT. 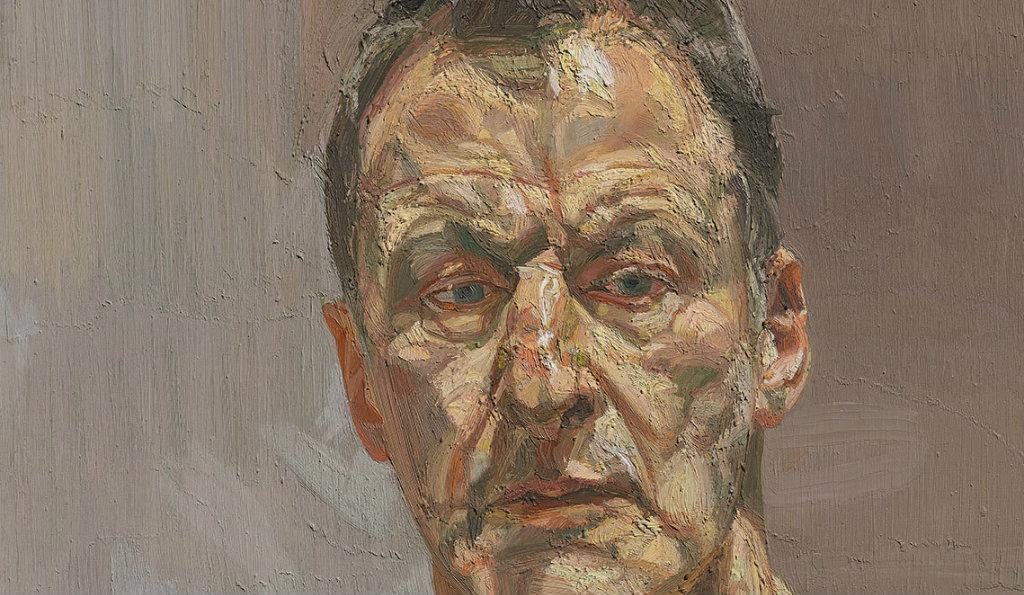 For the first time, more than 50 of the late artist Lucian Freud’s self-portraits go on display in one exhibition at the Royal Academy. Spanning seven decades of Freud’s work, beginning in 1939, here you’ll see first hand the evolution of the style of his paintings, prints and drawings. Unflinching and often painted in the nude, Freud’s self-portraits are a choice reminder of what an artist he was. 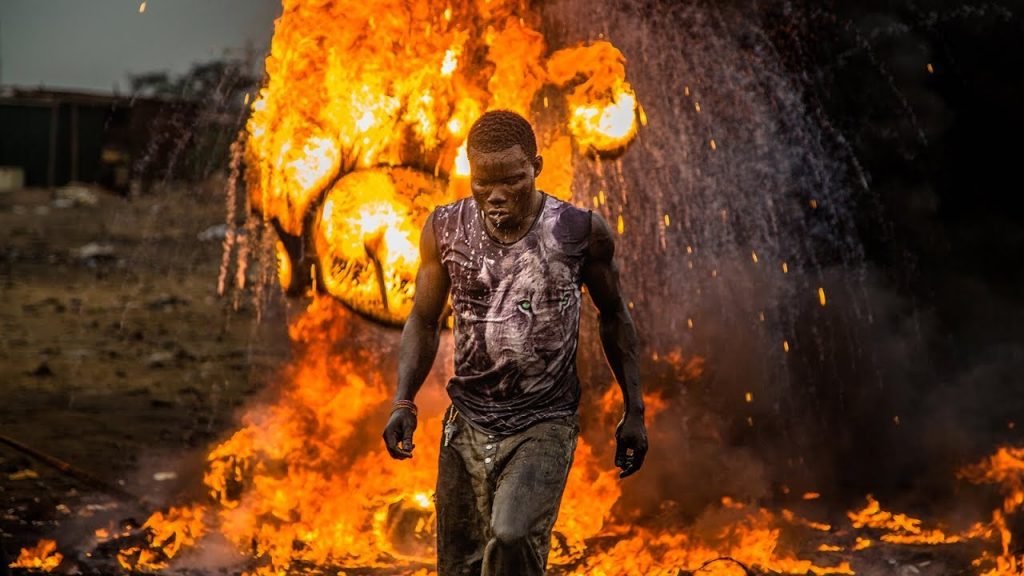 This annual nationwide festival aims to bring environmentally themed films to audiences all across the UK. Among the movies being screened are, The Green Lie from Austria about corporation’s “green products“ being nothing more than a sales strategy, rather than actually helping to save the planet and Welcome to Sodom about Accra in Ghana, proven to be one of most poisonous places in the world, and the likely final destination for your broken electrical devices. Promises to be an eye-opening fest as ever.

Like new sporting innovations such as The Hundred in cricket, this new international rugby tournament has ruffled a few purist feathers, but regardless looks to be a promising watch. Rugby X is rugby in its simplest form, there’s a smaller pitch, less players and simplified rules. Also unlike any rugby match before the action here takes place inside London’s O2, where there’ll be 5-aside male and female teams competing over one day to be crowned champs. 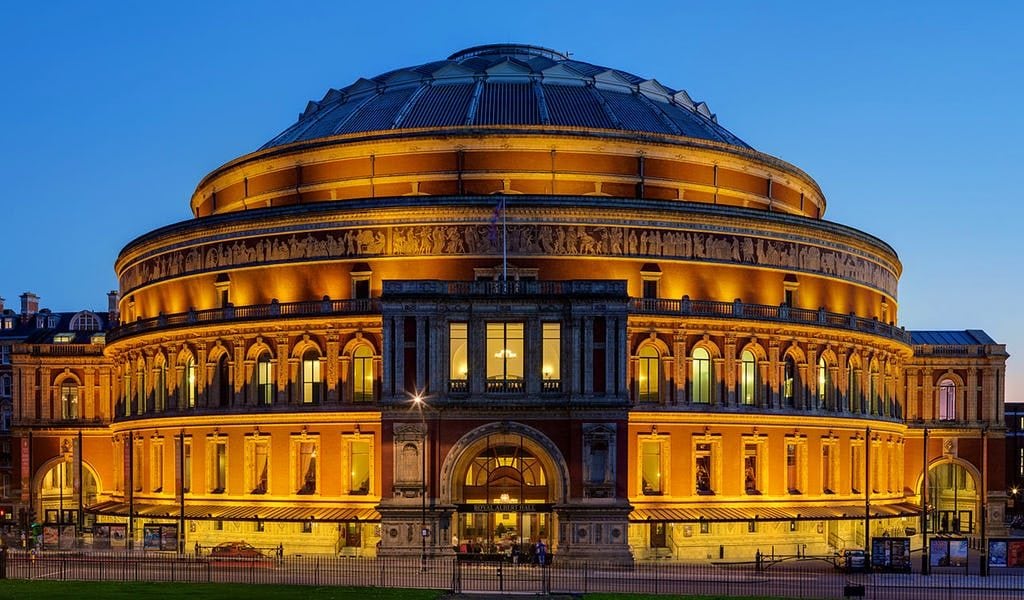 This Wednesday the Royal Albert Hall will become the world’s biggest jazz club for this gala charity event celebrating the 60th anniversary of Ronnie Scott’s. Some of the world’s greatest jazz artists will be performing on the night from Kurt Elling to Courtney Pine, Imelda May to Van Morrison. There’s even a Hendrix tribute from Violinist Nigel Kennedy, Hendrix having played his last ever gig at Scott’s. There’s also a great exhibition on at The Barbican and accompanying book in Ronnie Scott’s 1959-1969: Photographs by Freddy Warren.

This touring exhibition from the Southbank Centre that’s just pitched up in Port Sunlight, showcases 35 of the influential French artist’s lithographic prints. These striking, colourful paper cut-outs such as The Snail (pictured) and the Blue Nudes, which Matisse produced in his last four years when confined to his bed, were originally derided by critics at the time, but now represent some of his most iconic work. 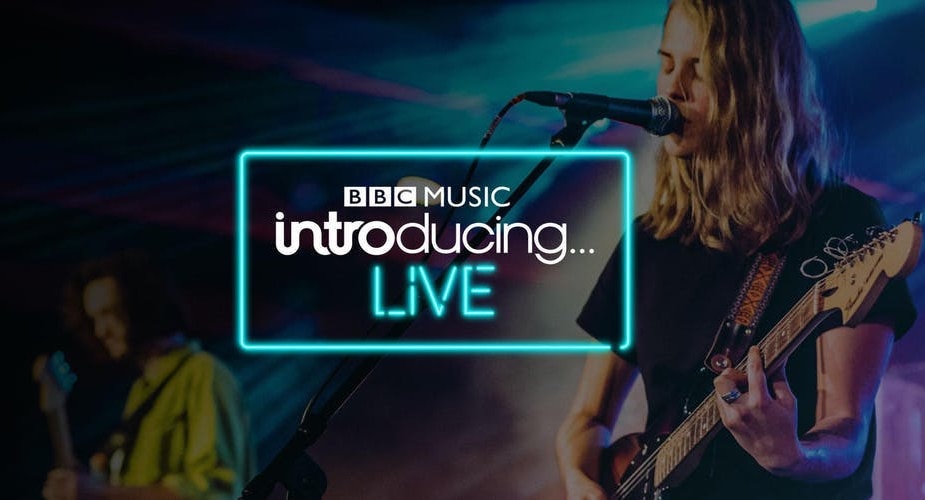 This event at London’s Tobacco Dock is held to support the next generation of industry leaders, artists and creatives. Anyone trying to break into the music industry, or in the early stage of their career. Over three days they’ll be talks, panel discussions, performances and masterclasses from musicians, DJs and presenters already working for the BBC. Highlights include Emily Eavis chatting with Radio 2’s Jo Whiley about Glasto’s 50th next year and a headline Catfish and the Bottlemen gig. 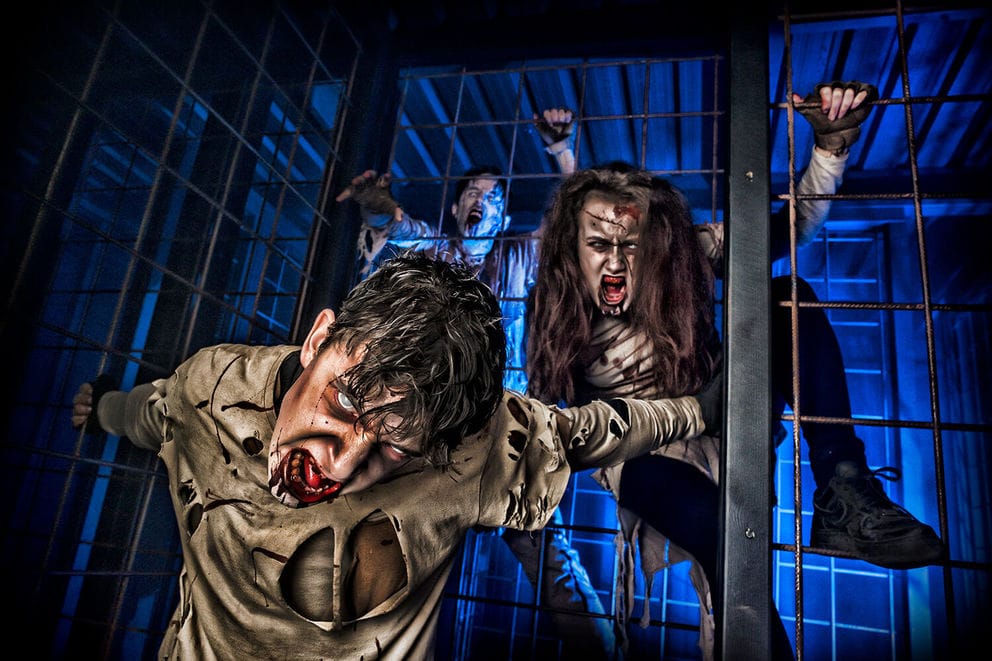 If you’re looking for some high octane horror to get you going this All Hallows Eve, then look no further than Tully’s Scream Park in Crawley, the UK’s number 1 Halloween attraction. There are ten terrifying haunts to take on if you dare, with Twisted Clowns, a jail filled with crazed inmates and a witches coven among the live experiences ready to scare you silly. And even when you aren’t within the mazes themselves, you’re still not safe from wandering ghouls, so you’ll need to keep your wits about you here. The park is open till midnight and for those who don’t want to face the horror of the journey home, there’s also a hotel package available. 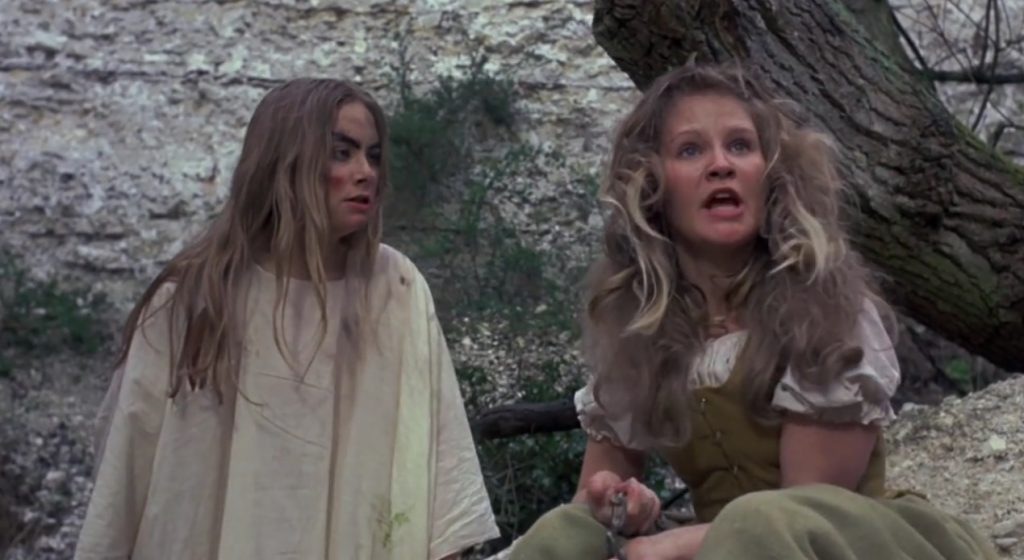 There’s a whole heap of Halloween screenings taking place around the UK this week as you’d expect, but for sake of brevity we’ve picked just one… and it’s a goody. The Zodiac Film Club’s first screening at The Curtain in East London is Piers Haggard’s 1971 folk horror, The Blood on Satan’s Claw.

This genuinely chilling little number about the children of a picturesque village being transformed into a terrifying cult of devil worshippers will be improved even further with spooky cocktails by Cinzano and after dark Tarot readings with Mystic Jordon Britton. Get your tickets if you dare. 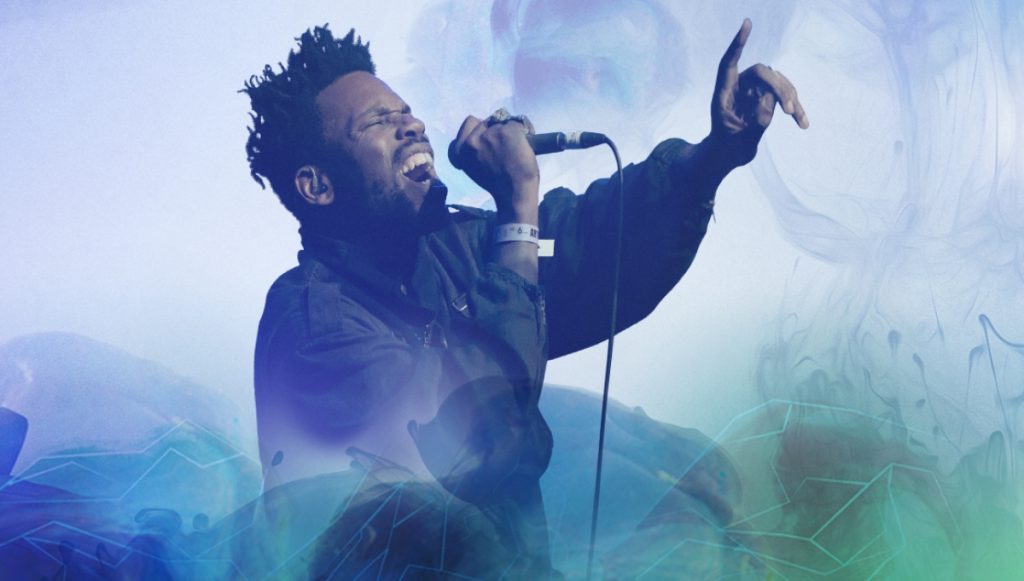 Headlining the Roundhouse Rising Festival is British artist Gaika, who’ll be bringing his unique blend of Grime, Dancehall and R&B to the famous Camden venue, along with a ten-piece jazz ensemble led by composer Jason Yarde. Added to the music we’re promised an ‘audio-visual spectacular’, that aims to ‘send out a message of hope for the future from Britain’s next generation’. Here’s hoping. 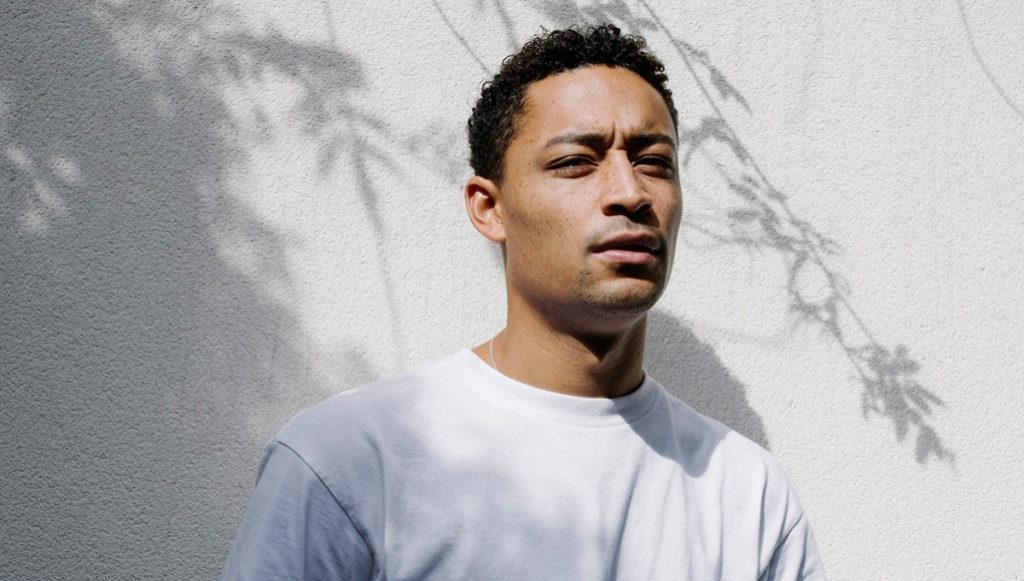 Brit Loyle Carner’s second album, Not Waving But Drowning, that came out earlier this year, was further evidence that this man is far more than just a rapper with a razor-sharp flow, he’s a storyteller, a poet and a bloody massive talent. Currently on the road, you can catch him in Glasgow, Newcastle, Leeds, and Liverpool this week. 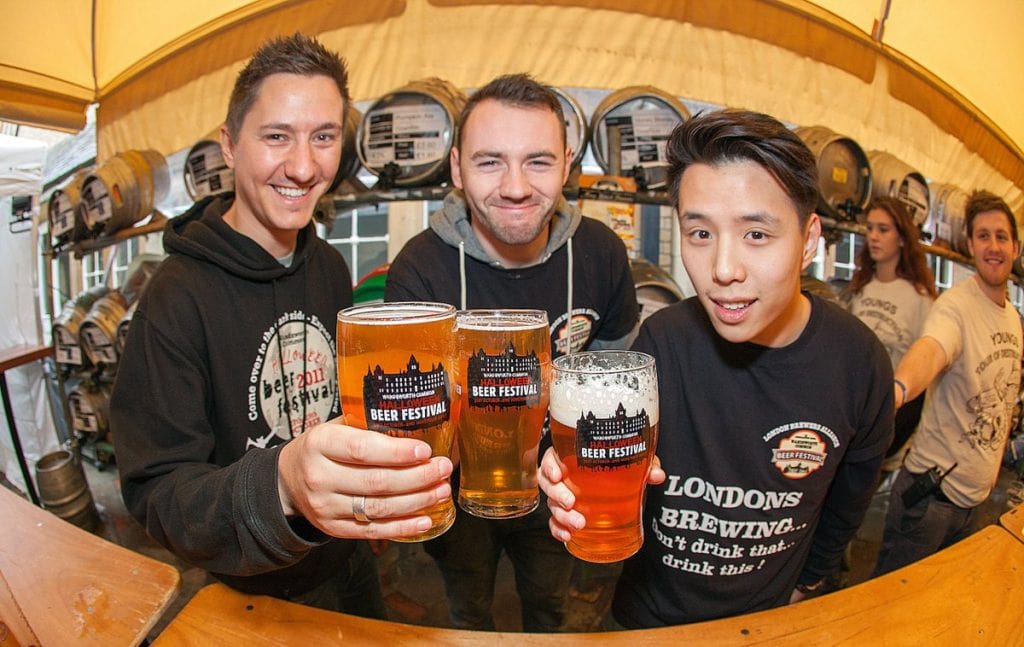 With this being a Halloween beer festival it’s very fitting that the location for this particular booze-up is the spooky gothic-looking Royal Victoria Patriotic Building in Wandsworth. Here revellers will be able to choose more than 100 beers and 50 traditional and fruit ciders. Entry costs a fiver, or if you fancy heading down on preview night, for £35, you can fill your boots with all of the beer and cider you can drink included in the ticket price. 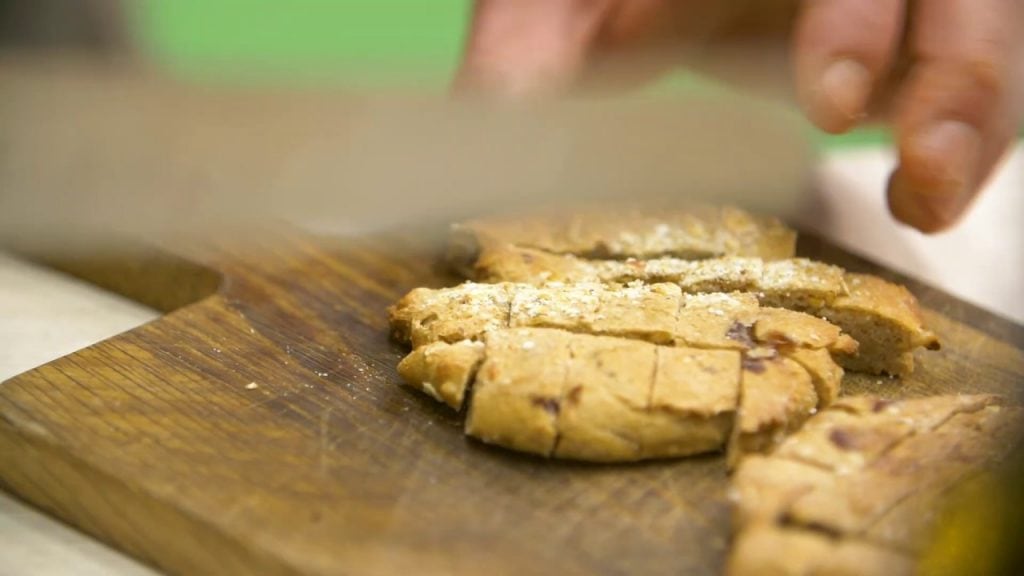 With humans becoming far more likely than ever before to develop allergies,respiratory conditions and intolerances, it’s no wonder there’s also never been more freefrom products than right now. In Liverpool this week, thousands of these products will be available to try and buy for anyone suffering from conditions, or those just looking to live ‘free from’ gluten, wheat, eggs, nuts or dairy. Here you’ll also find cooking classes, seminars, expert advice, skin consultations, live music and more. 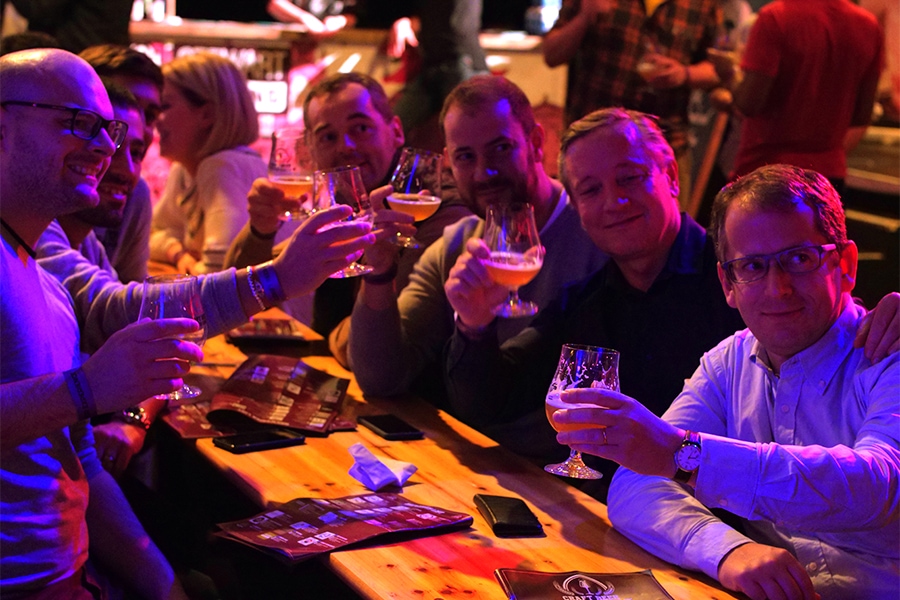 There’s a treat in store for ale lovers in the Scottish capital this week as Edinburgh’s Assembly Roxy will host a big old craft beer showcase with three floors dedicated to different barrels of booze. Boasting the likes of local legends Tempest Brewing Co, Cross Borders, as well as Scottish superstars Six Degrees North and 71 Brewing, this year’s event promises to be even bigger and better than last year. Add in street food vendors, masterclasses and live entertainment and your good to go.

The Edge of Sleep (Apple Podcasts, Out now) 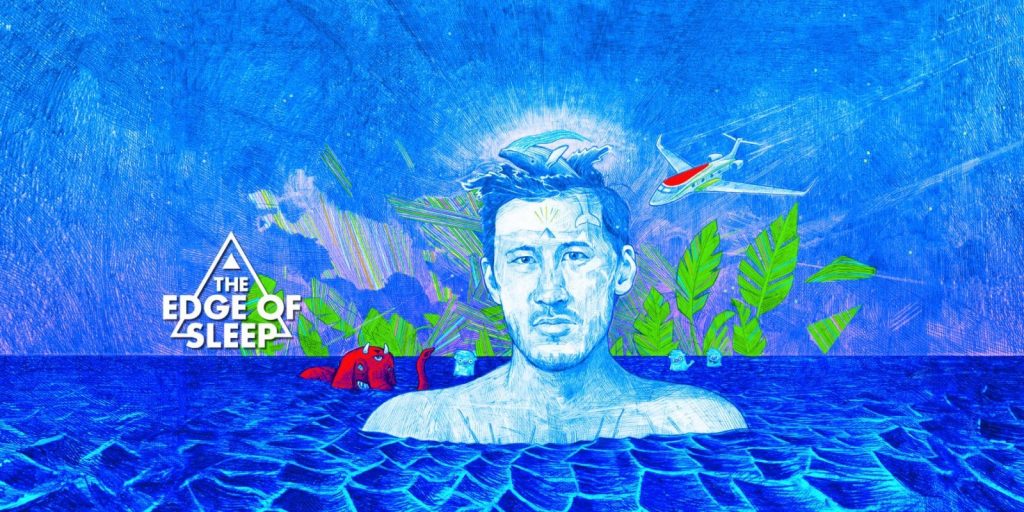 This suspense filled horror-drama stars YouTube host Markiplier (Mark Fischbach) as security guard Dave, who returns home one morning to discover that everyone who slept the previous night is dead! He and a few other survivors band together to try to stay alive as long as possible in a race against time as they grow more tired and force themselves to stay awake. But exactly what has happened to the world? Why has sleep become a death sentence? When the truth is uncovered it is almost impossible to believe… 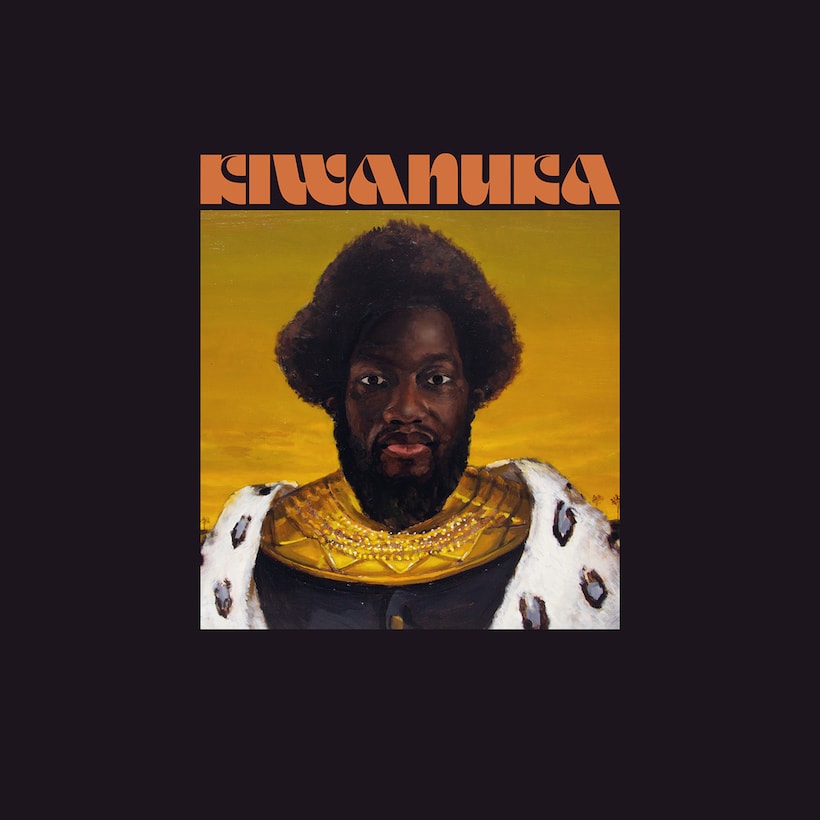 It’s third album time for the smooth UK soul singer Michael Kiwanuka and it’s, without doubt, his best yet. The 32-year-old singer-songwriter has teamed with super producers Danger Mouse and Inflo to create a seriously accomplished piece of work that shifts effortlessly between telling powerful political messages with tracks like ‘Hero’, inspired by Black Panther activist Fred Hampton, and funking it up with single ‘Money‘. Buy a signed copy of KIWANUKA HERE.

Jeff Goldblum – I Shouldn’t Be Telling You This (DECCA, 1st November) 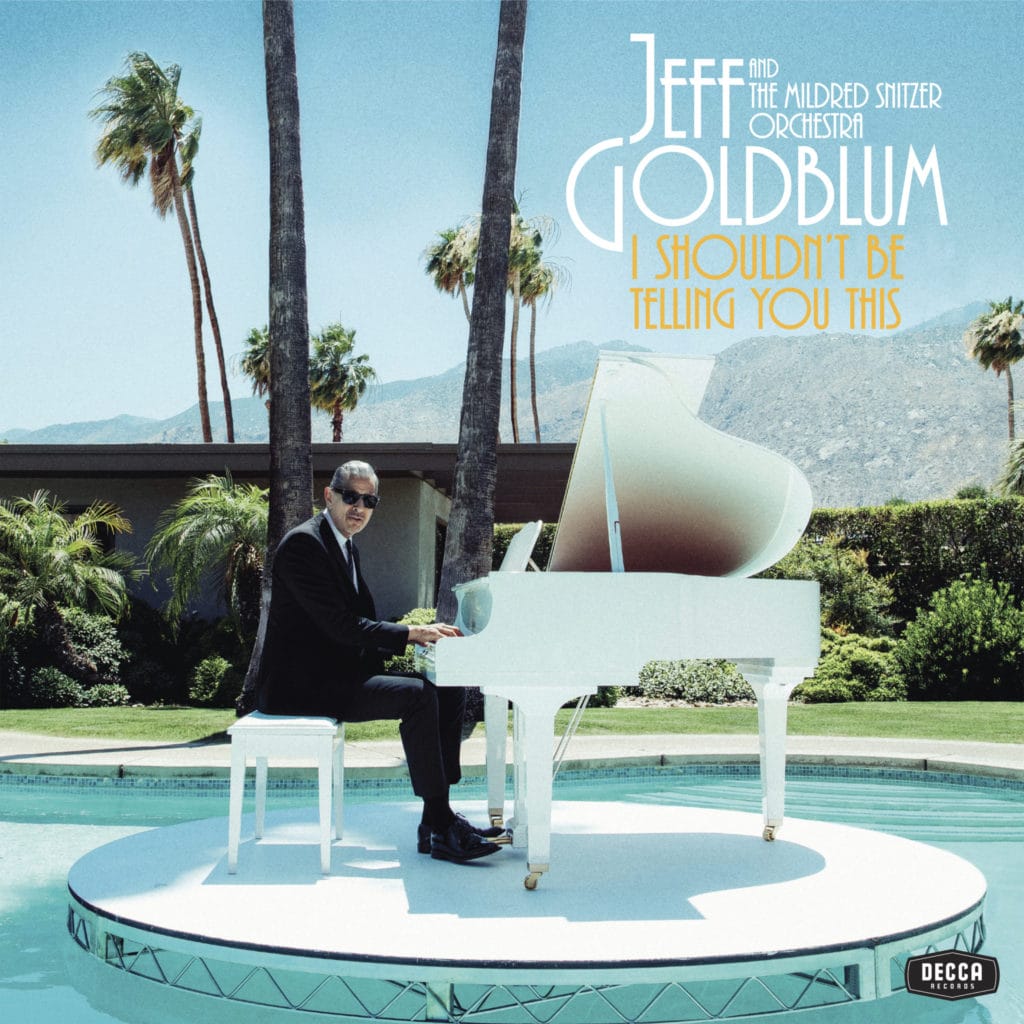 For all these years one of our favourite actors Jeff Goldblum was hiding some serious skills up his sleeve as a very talented jazz musician. Here for his second album, along with The Mildred Snitzer Orchestra, the Jurassic Park star has recruited some famous friends to lend their vocal talents to the record. Single ‘Four On Six’/’Broken English’ features a silky contribution from English singer Anna Calvi, with other tracks featuring the likes of Sharon Van Etten, and perhaps the one that’ll get most tongues wagging, a team up with Miley Cyrus on the song The Thrill is Gone.

This big-budget collaboration between the BBC and HBO, takes on Philip Pullman’s hugely successful fantasy book trilogy, with hopes of superseding the 2007 film adaptation starring Daniel Craig and Nicole Kidman.

This 8-part first season will cover the events of his first novel Northern Lights, with the story following Lyra, a young orphan girl living with the tutors at Jordan College, Oxford. Set in an alternative world where humans have animal companions called dæmons which are essentially external physical manifestations of a person’s ‘inner-self’, Lyra embarks on a fantastical journey after discovering a secret involving her Uncle, Lord Asriel and some missing children. Expect magic and mayhem as Lyra runs into witches, warring Polar Bears and all manner weird and wonderful beings.

The World According to Putin (Channel 4, 30th) 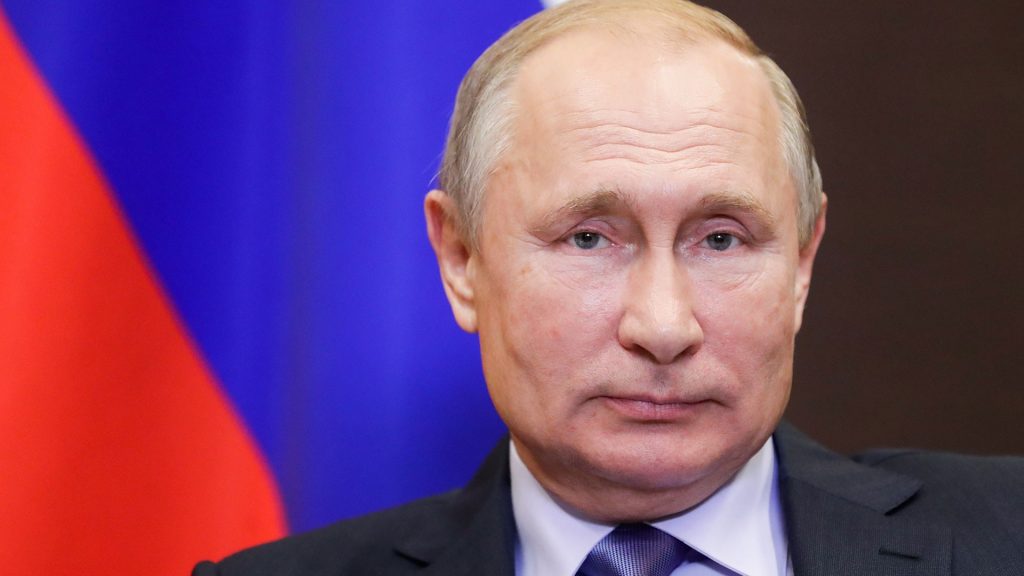 This documentary gives us a unique window into President Vladimir Putin’s Russia via the country’s state TV. We get to see how this contentious world leader is portrayed to his people through this most powerful medium, i.e. shirtless horse riding, martial arts powerhouse. Worth watching if only to feel better that it’s not just our country’s leader that’s a bit of a delusional chap who doesn’t always choose his words carefully.

It was only a matter of time before they turned Stephen King’s 2013 novel, that serves as a sequel to The Shining, into a film, but who would be brave/foolish enough to step into Kubrick’s shoes to direct a follow up to arguably the finest horror ever made? The answer is Mike Flanagan, best known for overseeing terrifying Netflix series, The Haunting of Hill House.

Here Ewan McGregor takes on the role of a grown-up Danny Torrance (now Dan), who is battling alcoholism as he struggles to cope with the childhood trauma he suffered from the events at the Overlook Hotel. His life is further disturbed when he’s sought out by teen Abra, who shares his gift of the ‘shine’ and needs help in tackling a cult who feed off their powers.

This historical epic is set to be one of the biggest Netflix releases of the year. The King puts a modern twist on Shakespeare’s Henry IV & Henry V, with the story following Timothée Chalamet’s young Prince Hal, who is reluctantly forced into the role of sovereign, becoming Henry V against his will after his brother’s death. Can he put aside his pacifist nature to take on his new responsibilities of a king? You’ll have to watch for yourselves to find out. Look out for a show-stealing turn from Robert Pattinson as the new king’s unhinged French enemy. 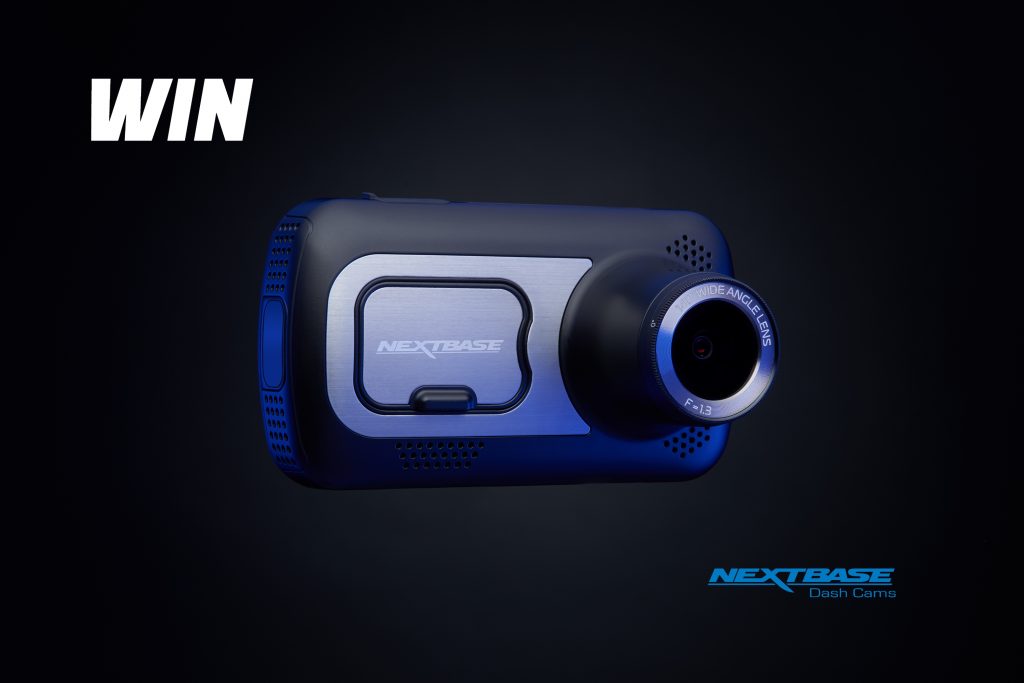 We’ve teamed up again with our friends over at Nextbase to offer one of their new range of high-end Dash Cams.

The 522GW, records in stunning 1440p HD, ensuring the footage is crystal clear. The 522GW has a higher GPS accuracy, contains Bluetooth connectivity and Wi-fi video-sharing features, and with the 140° ultra-wide viewing angle, this Dash Cam captures the entire road ahead.

Amongst many industry awards, Nextbase’s Dash Cams are fully endorsed by the AA. The 522GW will ensure you’re in safe hands when you take to the road.