So, December is finally here along with arctic-esque temperatures that have left some of us praying for a very early spring even though it’s not technically winter yet. But don’t let a bit of chill stop you from wrapping up and heading out to one of the many great events taking place this week across the UK. There’s plenty of festive-themed happenings, from a Santa run to a Gingerbread city. Add in exhibitions, a sci-fi convention and all the best new films, TV & music and what have you got? Well, The Weekly EDIT of course. 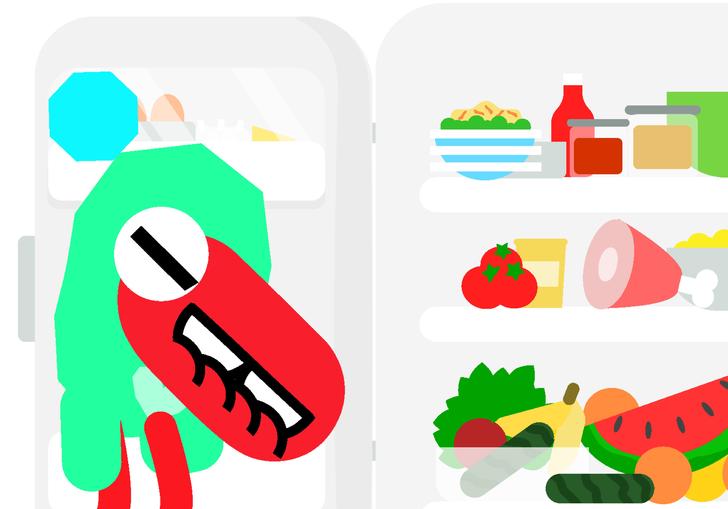 This annual 10-day Festival proves that animation ain’t just for kids, showcasing a range of entertaining and provocative current films from all around the world. 85 films will be screened from every style and genre, with highlights including two acclaimed features from this year’s festival circuit, Away and On-Gaku: Our Sound. Festival guests include Swedish stop-motion veteran Niki Lindroth von Bahr and Hungarian director Flora Anna Buda. 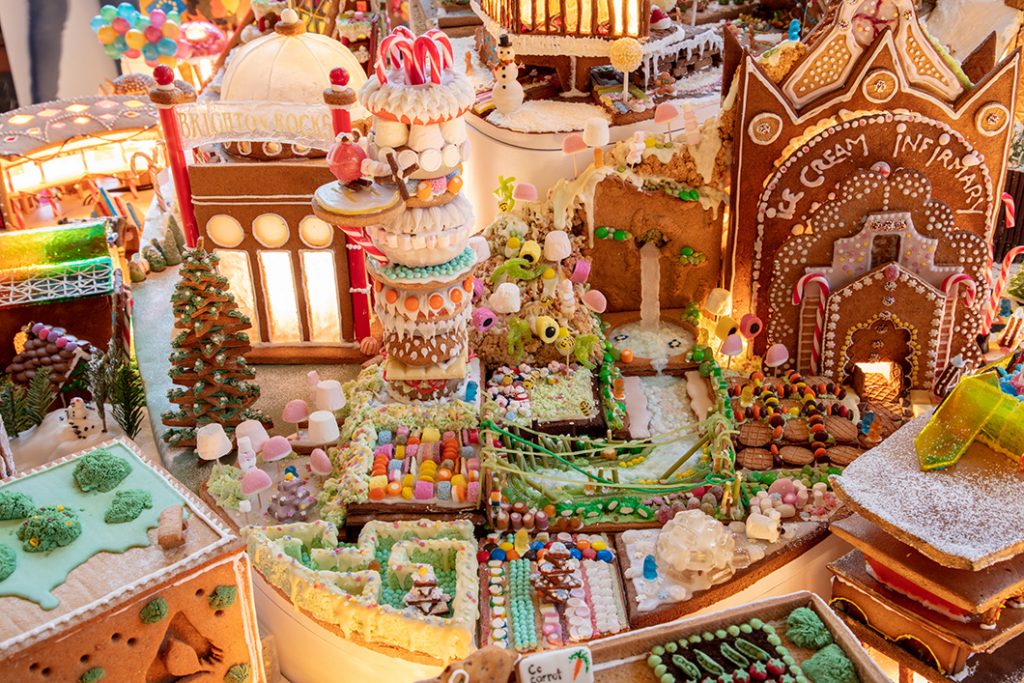 If you ever wondered what over 100 architects, engineers and designers could create if let loose with a load of gingerbread (is that a thought that goes through anyone’s head?)? Well wonder no more as this new exhibition coming to Somerset House from The Museum of Architecture gives you the answer. Gingerbread City sees said experts crafting a futuristic city exploring imaginative new ways of moving around our densely populated cities, made entirely of the sweet stuff. It promises to make fascinating viewing, and who hasn’t fancied eating their city before? Just us then. Fair enough. 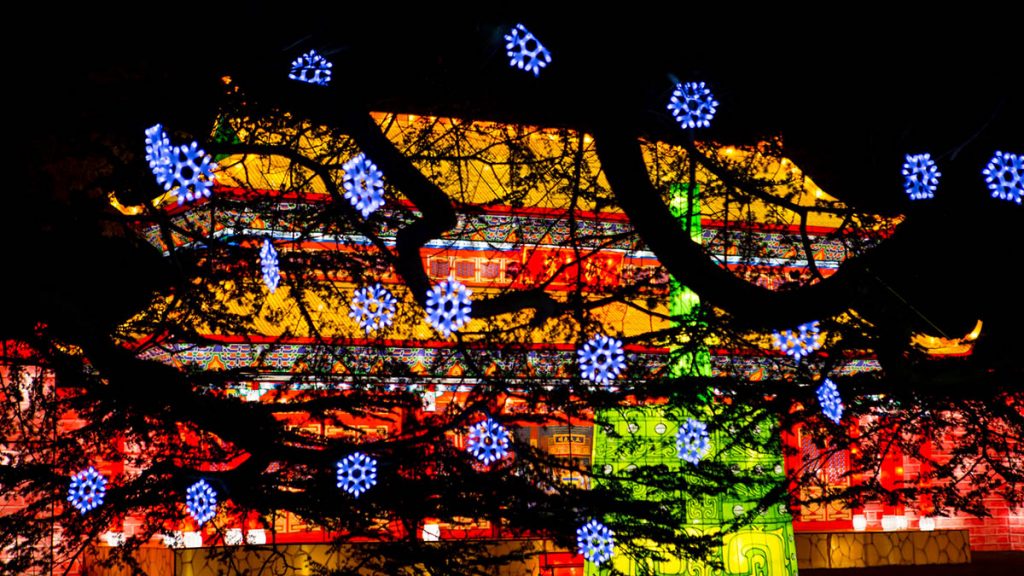 There’s a lantern and light festival at Manchester’s Heaton Park that you won’t want to miss. This magical place is packed with interactive and immersive art installations designed by critically acclaimed Ava Moradi. He’s used lasers and multimedia displays that utilise water in an incredible way to create mind-blowing effects. Along with the lights you’ll find live entertainment, with acrobatic performances, musicians, family rides and plenty of food and drink. 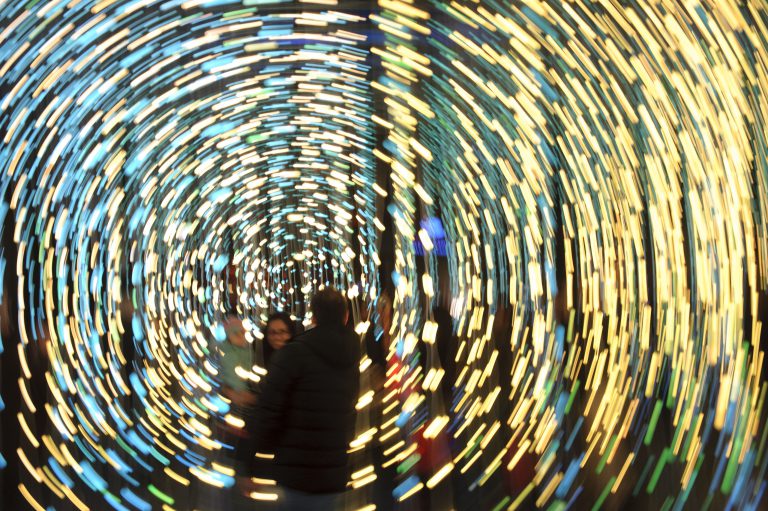 While we’re talking about spectacular light shows in Manchester, the annual Lightwaves Festival returns to Salford Quays to showcase some illuminating digital art. For ten days these free installations by local, national and international artists will be encouraging visitors to play with and enjoy the art. Not least with ‘Wave-Field’, a playground of light-up musical seesaws that will sit by the waterfront, which transform with light and sound when sat on. The perfect excuse to act like a kid again.

There’s a first European solo exhibition heading to the capital showing off the unique work of L.A. artist Matthew Grabelsky. He’s known for creating hyperrealistic paintings with a bit of a difference. The subjects he paints are part animal, part human, pictured in everyday situations. This series, ‘Passengers’, is inspired by New York’s subway and looks at our self-imposed captivity within society and how we isolate ourselves from one another. A sentiment anyone who travels to work on the tube can associate with. 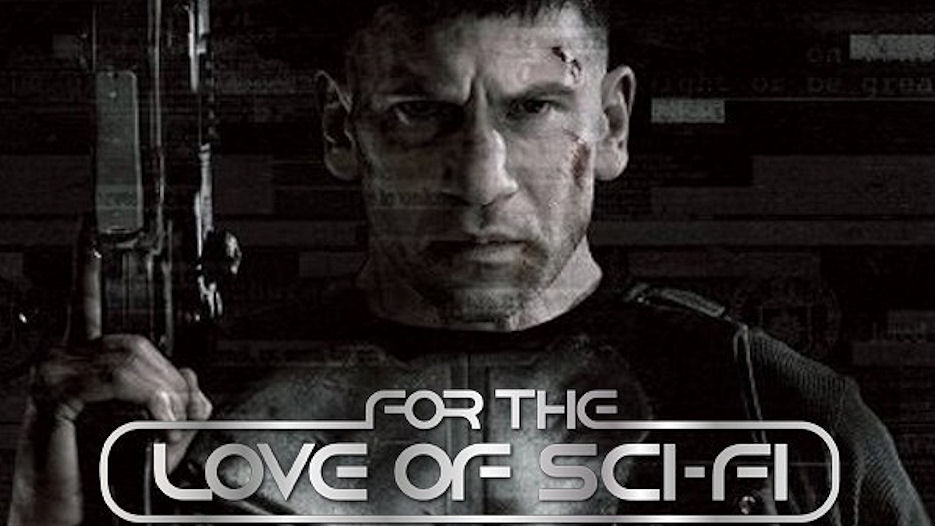 This Sci-Fi fan convention returns for its fifth year with some big old guests pitching up. Visitors can hang out with action legend Dolph Lundgren, original Hellboy Ron Perlman, Lethal Weapon star Danny Glover and plenty of other names from both big and small screens. There’ll also be a selection of amazing props on show from a full-sized T-70 X-Wing Fighter from Star Wars, a Stranger Things wall and the ED-209 from the original Robocop movie! Come quietly or there will be… trouble. 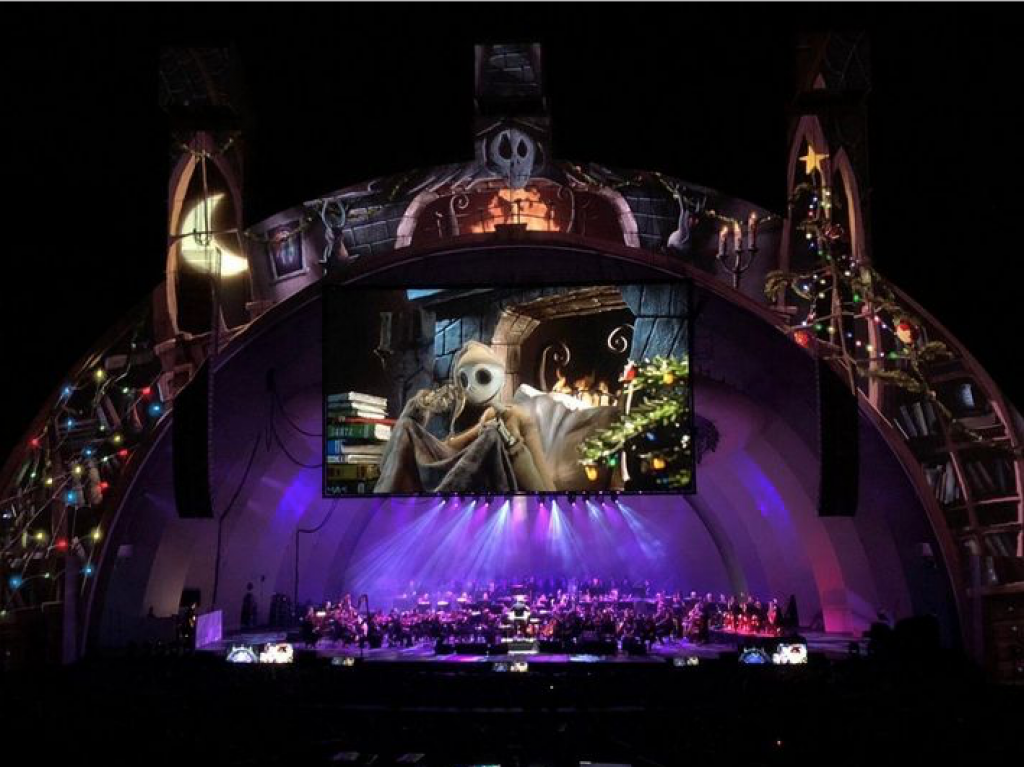 Multiple award-winning composer, songwriter and reigning Pumpkin King, Danny Elfman is bringing Disney’s timeless classic, Tim Burton’s The Nightmare Before Christmas to life for two very special Wembley shows this week as part of the movie’s 25th anniversary celebrations. Elfman will be performing his iconic role of Jack Skellington, joined by other original cast members Catherine O’Hara as Sally, and Ken Page as the voice of Oogie Boogie, all backed by a full orchestral accompaniment by The  London Philharmonic.

Fans of fancy dress and running will be in their element this weekend as London Santa Dash brings those two joyful things together within Brockwell Park. This charity 5 & 10k will see a whole host of Santas, and perhaps even the odd reindeer take part in this great annual event with all money raised going to Great Ormond Street Children’s Hospital.

We’re proud to have brought Aussie punks Amyl and the Sniffers to your attention with our interview with the band back in April. They’re living up to their ‘ones to watch’ tag having made waves with their debut album and recently grabbing a star-making spot on Jules Holland’s Later. They’re renowned for their raucous, energy-filled shows which you can experience for yourselves when they pitch up in Glasgow, Birmingham and London this week. 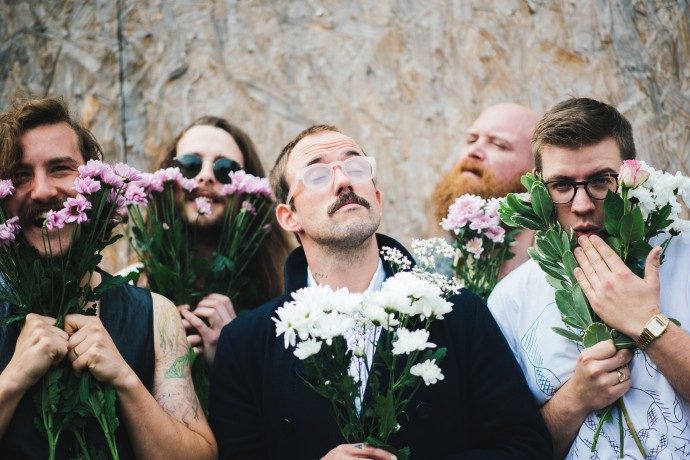 The Bristol band, who released their brilliant second album ‘Joy as an Act of Resistance‘ last year are out on tour around the UK. The post-punkers rarely fail to disappoint on stage and will be whipping crowds into frenzies with tracks like Danny Nedelko and the brilliant ‘Samaritans‘. They’re in Manchester, Leeds and then head to London on Saturday for a huge show at Alexandra Palace. 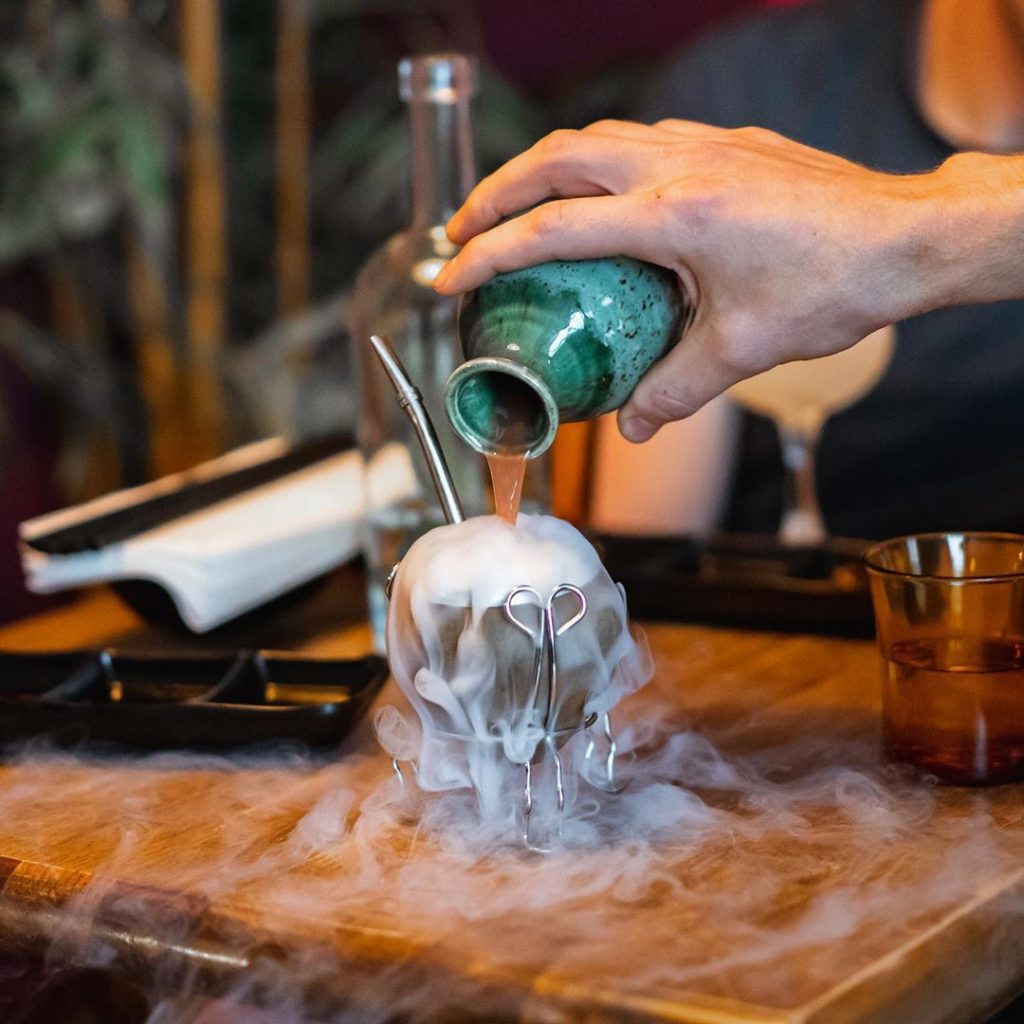 If you’re in the market for a seriously unique drink then you might want to check out Opium. This 1920’s Shanghai themed cocktail bar and Dim Sum parlour, hidden away in London’s Chinatown is a place you won’t forget in a hurry. The haunt is split across two floors and home to the 3 oriental themed bars, with each bar having their own signature cocktail menu.

The cocktails are as good as they are theatrical, and when you see how some of them are served you’ll know that’s high praise. We heartily recommend a ‘Professor’ and the pineapple rum based ‘Explorer’. We’ll leave the surprise of how any of the drinks arrive at your table, but the picture above will give an inkling. Add in some tasty dim sum with plenty of different delicious dumplings to tuck into and you have yourself a great night out. 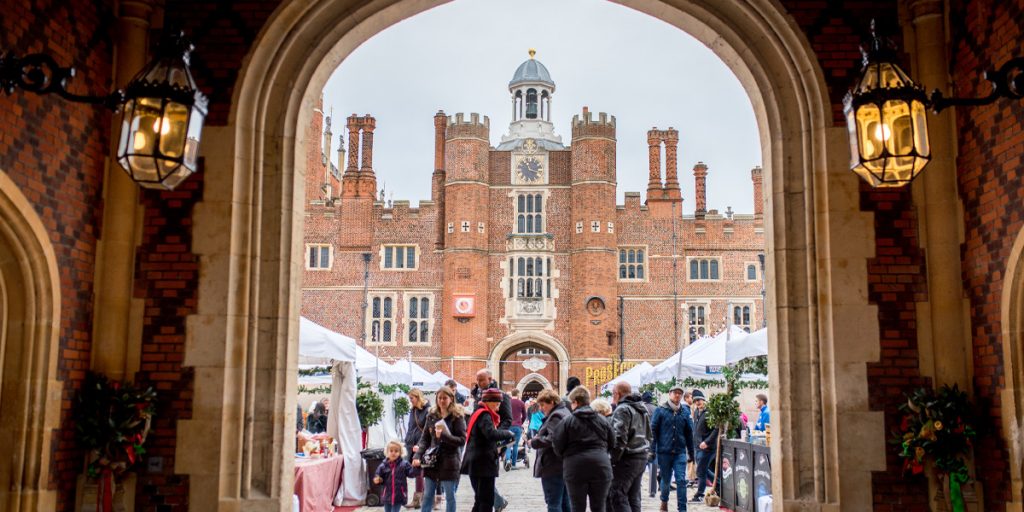 Hampton Court Palace courtyards will be transformed into a food-lover’s Christmas wonderland from Friday. 120 hand-picked artisan producers will be on hand offering everything from Christmas pudding to sausages. Chefs and experts will also be on hand giving live cookery demos in The Kitchen, with Michel Roux Jr and Alex Hollywood among the names. With sing-along Christmas classics playing on the Bandstand while you tuck into delicious street food with warming festive drinks, it’s a proper festive feast. 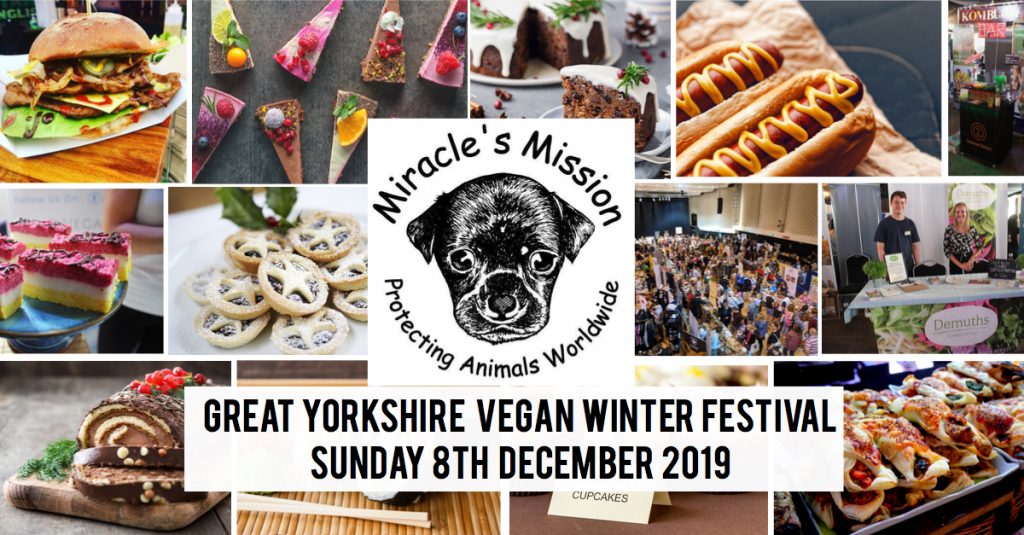 It’s vegan winter heaven for those in Leeds this weekend. This food fest held at Leeds Town Hall on Sunday will see 100+ fantastic stalls offering a wide variety of vegan produce, including cakes and chocolate, hot takeaway food, make up, clothing, pet treats and cheese for your purchase. There’ll also be informative talks all day and exciting cookery demos.

The Sun King (Audible, Out now) 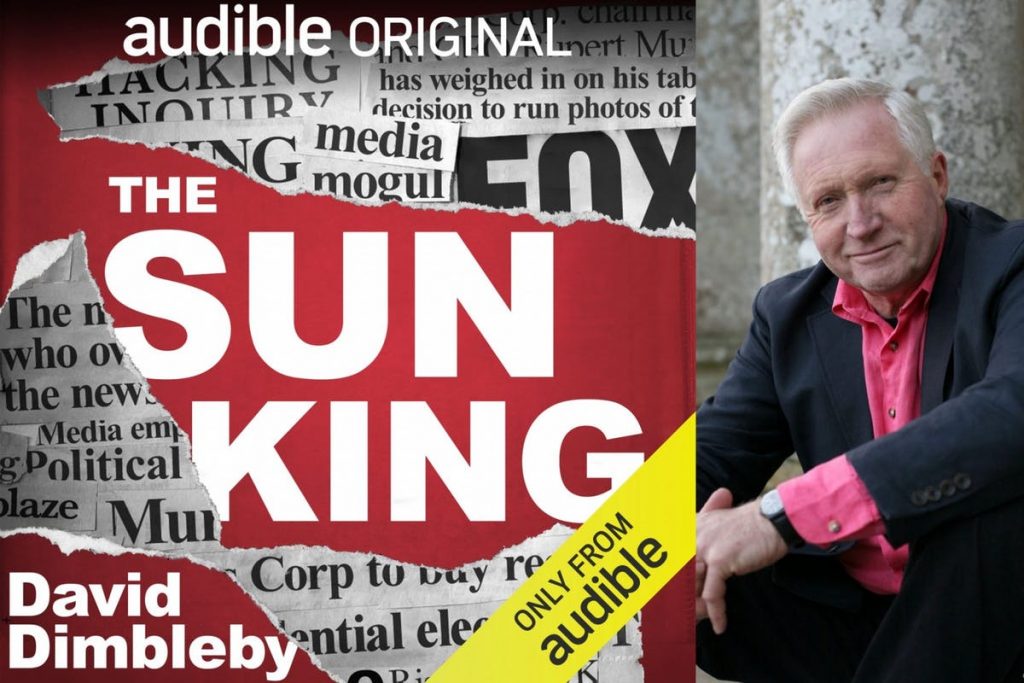 He may be 81, but former Question Time host David Dimbleby shows there’s life in the old dog yet with this new 6-part podcast all about the career of media mogul Rupert Murdoch. The series charts Murdoch’s rise from a young Australian newspaper exec arriving in London in 1968 to take over The News of the World, up to the present day where we find him as the all-powerful octogenarian ruler of the media. Along the way, Dimbleby attempts to discover exactly who old Rupe really is? 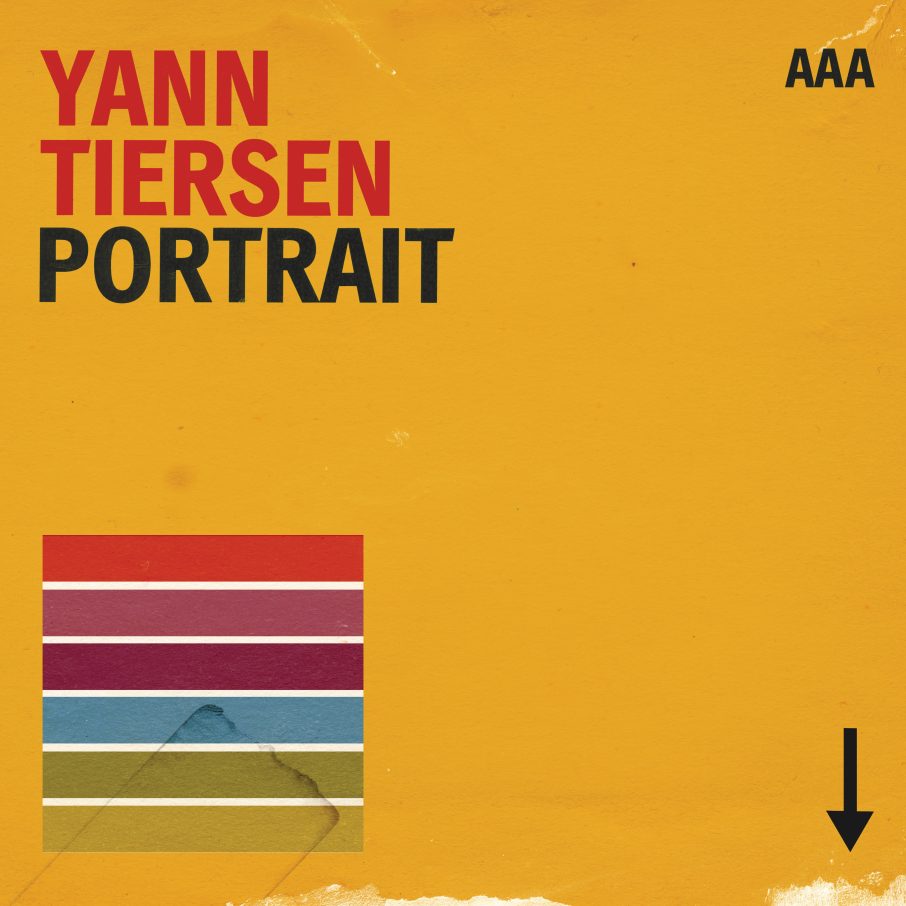 After the release of his album ‘All’ earlier this year, French composer Yann Tiersen is back with a 25-track collection of tracks from across his career, all reinterpreted alongside a cast of new collaborators, as well as three new ones. Gruff Rhys, Sunn O)))’s Stephen O’Malley, Blonde Redhead & John Grant are among the artists to lend Tiersen a musical hand with generally great results. 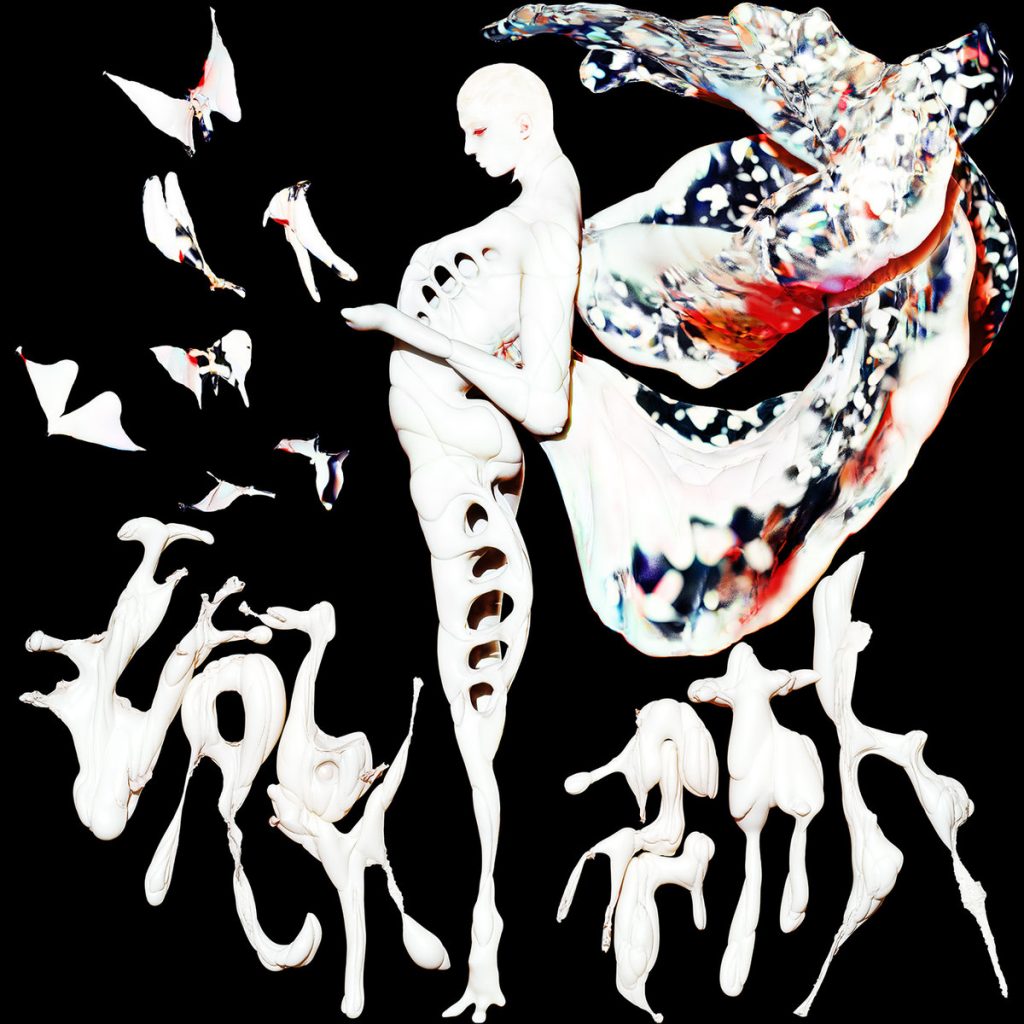 Jesse Kanda is best known as a striking visual artist who’s worked with the likes of Björk and FKA twigs. More recently he’s been showcasing his own musical talents under the name Doon Kanda. The bizarre beauty of his art has seeped over into his dreamlike debut album Labyrinth. It’s wonky and some tracks are wonderful, but not everyone will get with the experimental nature of this one. Fans of Kanda’s art will be glad to know the record comes with an accompanying full size 10-page picture book.

There are high hopes for this new Netflix horror series based on the comic books by authors Jonathan Maberry and Alan Robinson. The post-apocalyptic offering stars blood-sucking veteran Ian Somerhalder (The Vampire Diaries) as a doctor trying to stop a vampire epidemic after an unknown virus starts turning civies into nosferatu looking nightmares. Cue a big battle for survival as humans and creatures of the night face off.

The globe’s fascination with true crime continues apace and continuing to capitalise on the trend Netflix has delivered another docuseries on the subject. The Confession Killer focuses on Henry Lee Lucas, who during the early ’80s confessed to almost 600 murders, seemingly bringing closure to unsolved cases and grieving families. Although things weren’t quite as straightforward as they might have seemed, as recent investigations and DNA testing revealed, in actual fact, there’s hardly any evidence to place Lucas at many of the crimes. The plot thickens.

This 50s set film noir mystery sees Edward Norton play a lonely detective with Tourette Syndrome, who’s investigating the murder of his boss and mentor and father figure friend Frank (Bruce Willis). Armed only with a few clues and his obsessive mind, Lionel unravels closely guarded secrets that hold the fate of New York in the balance. It’s far from a perfect film but the individual performances make it worthy of a watch.

The script for this semi-autobiographical indie flick was written by Shia LaBeouf while he was in rehab. He plays a version of his father while both Noah Jupe and Lucas Hedges play his actor son Ortis, as a young man and as an adult, based on Shia’s early adult years. It shows Ortis’ rise to screen stardom and subsequent adult crash-landing into rehab and recovery. It’s beautifully directed and feels authentic and these days you can’t ask for much more than that. 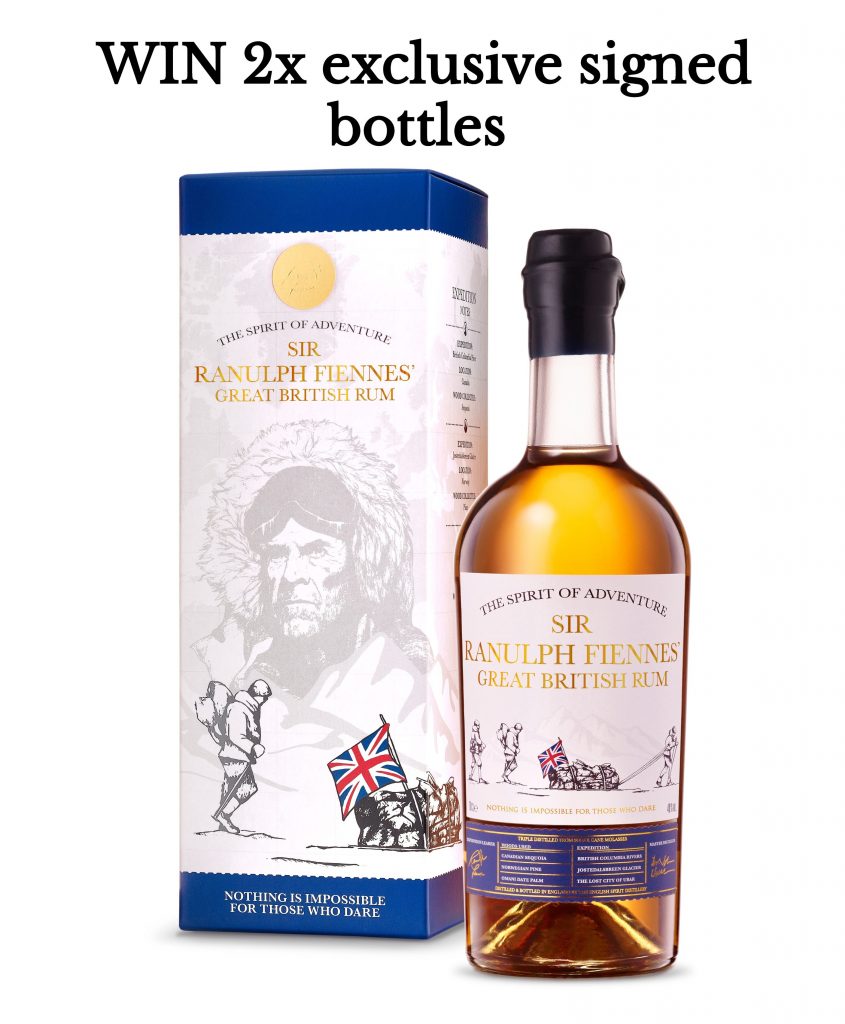 We’ve teamed up with the legendary British explorer, Sir Ranulph Fiennes, to offer you lucky readers the chance to win one of two exclusive bottles of his new premium rum signed by the great man himself.