These Stylish Home Accessories will Transform Your Living Space

If you’re anything like us and are desperately clinging on to the dying embers of Summer while refusing to accept the word Autumn exists for the time being, then we salute you.

And we’ve got some top events to get you out and about this week. Not least the most colourful of fun runs in Manchester, a classic car show with some of the most desirable motors you’ll ever see and a star-studded comedy festival. It’s the Weekly EDIT. 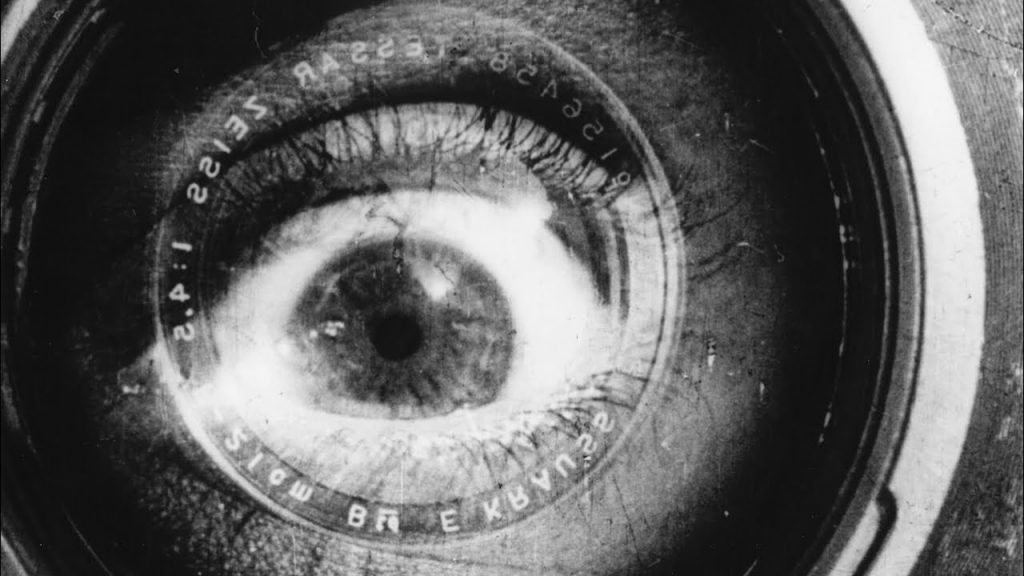 If you’re looking for a unique cinematic experience then this event at the deconsecrated Old Street Church of St Luke’s could be for you. The Cabinet of Living Cinema are celebrating the 90th anniversary of the 1929 classic silent film The Man With A Movie Camera, with a score being performed by musicians to bring the film to life.

The film documents city life in Russia told through a dazzling mix of imagery and experimental film techniques. Tickets cost £15, with all profits going to charity The Sustainability Institute. 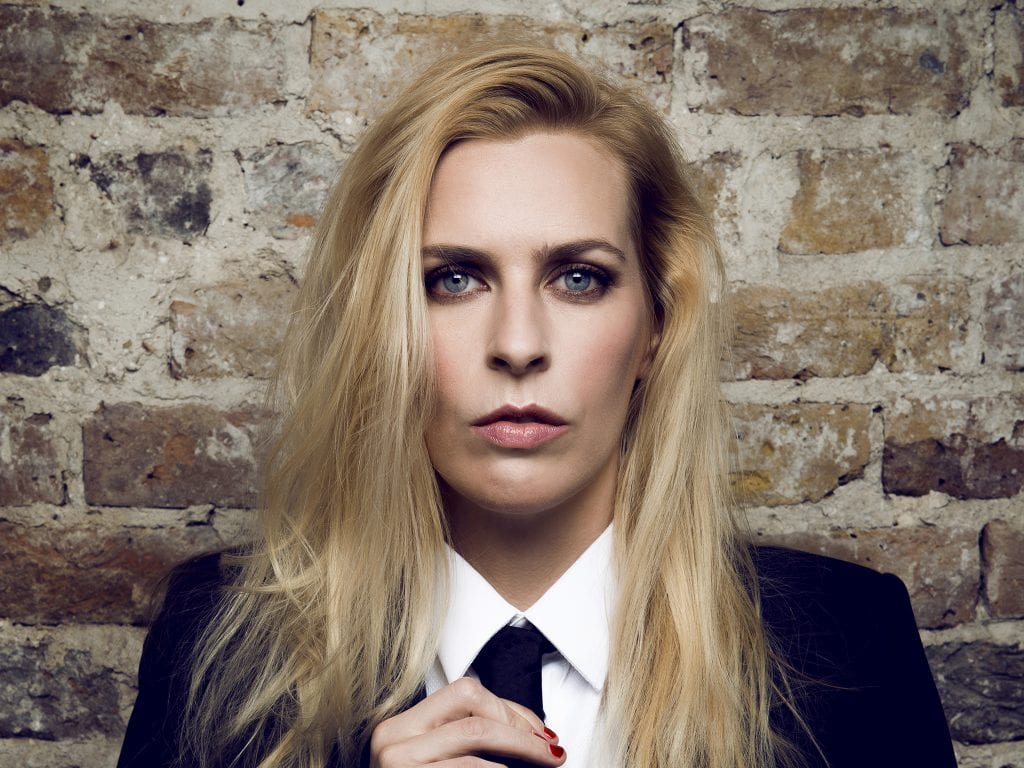 If you’re in need of your funny bones tickled the best place in the country to be is The Greenwich Comedy Festival with a ridiculously stacked line up of talent. Taking to the stage in the Big Top are the likes of Josh Widdicombe, Sara Pascoe (pictured), Stewart Lee, Reginald D Hunter and a whole load more of magnificent mirth givers. 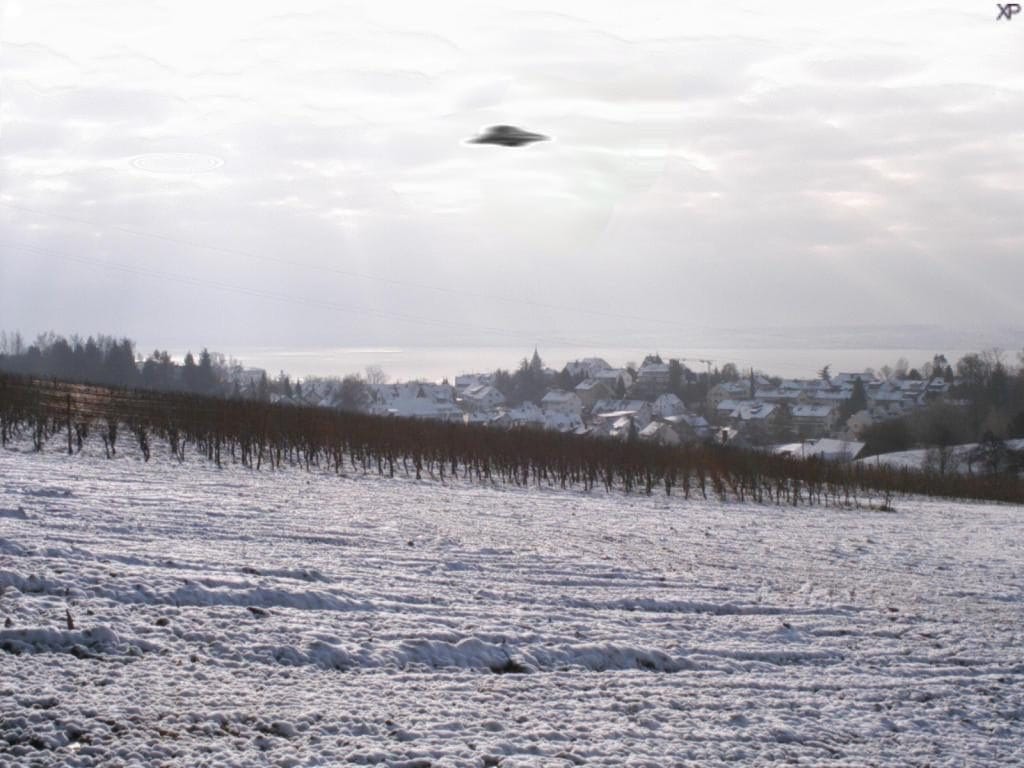 As fans of the slightly weirder side of life, we couldn’t help have our interest piqued when we heard about this two-day event at the University of Bath.

Seriously Strange is a weekend filled with top speakers in the field of otherworldly phenomena who are coming together to discuss everything from ghosts to vampires, poltergeist to UFOs. The debates will involve audience participation so visitors can put their own opinions across on the strangest of subject matter. 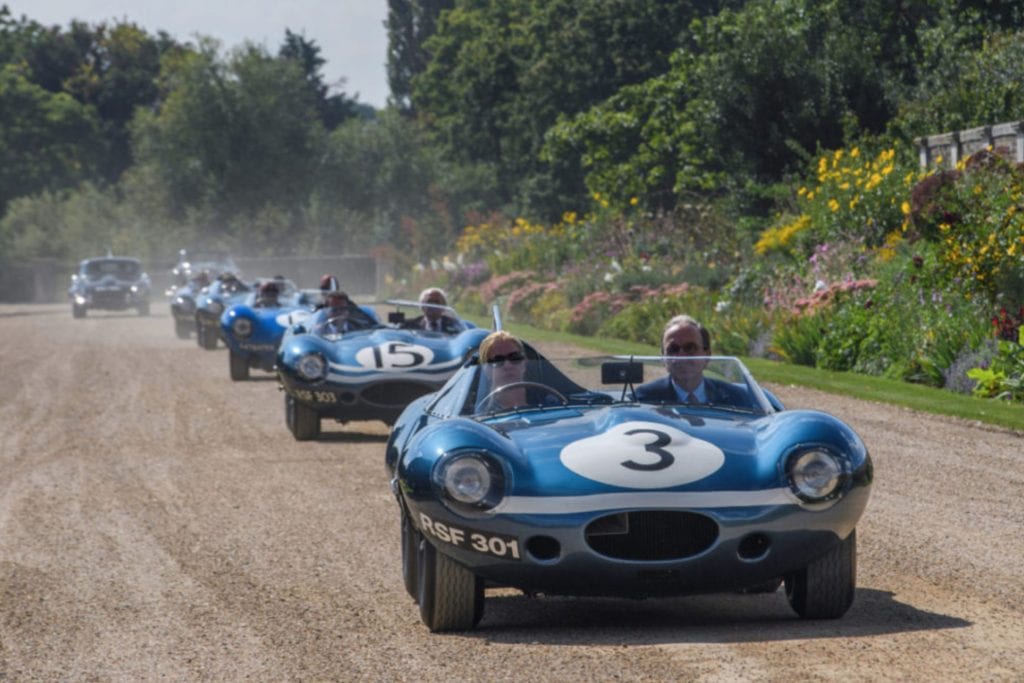 Classic car fans will be flocking to Hampton Court Palace this weekend for The Concours of Elegance, a chance to spend time with some of the most desirable motors ever made.

From five of the rarest Aston Martins ever built, such as the 1985 V8 Vantage to two of the most beautiful race-winning Ferraris of the 1950s – the 1955 Ferrari 500 Mondial and 1956 290MM. There’s something for every petrolhead in this salubrious setting. 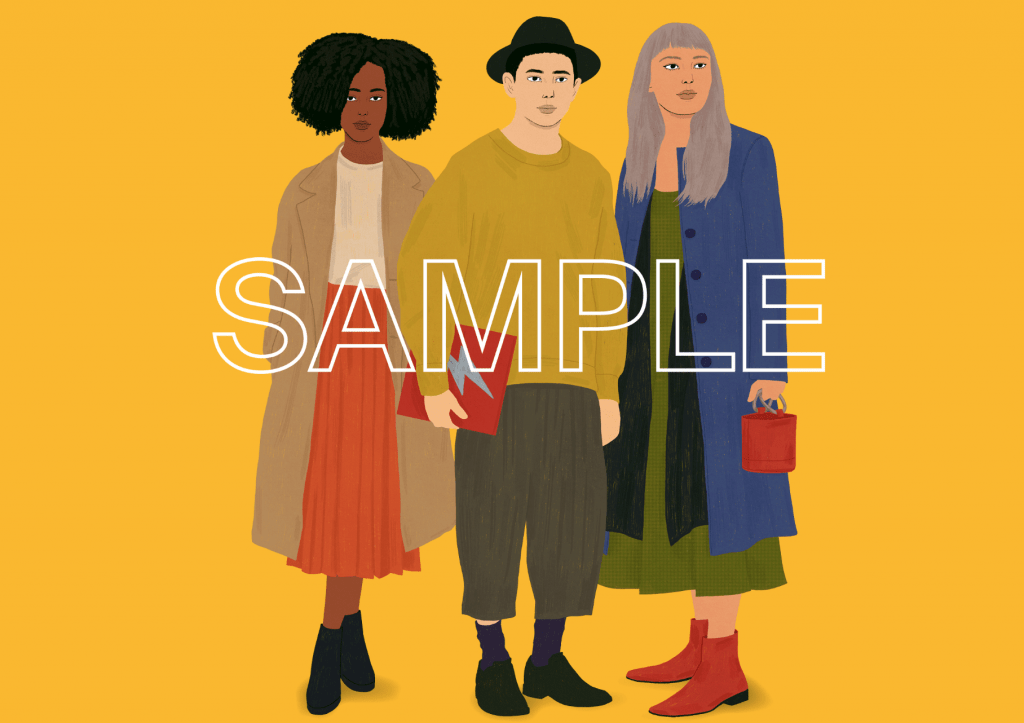 SAMPLE Autumn is a pop-up market on Greenwich Peninsula bringing together fashion, homeware and craft by emerging design talent. Curated by design duo Wayne and Gerardine of HemingwayDesign and iconic 90s brand Red or Dead, the market is home to independent makers of London – as well as seasonal food, up-and-coming DJs and street trucks to grab a bite or glass from. 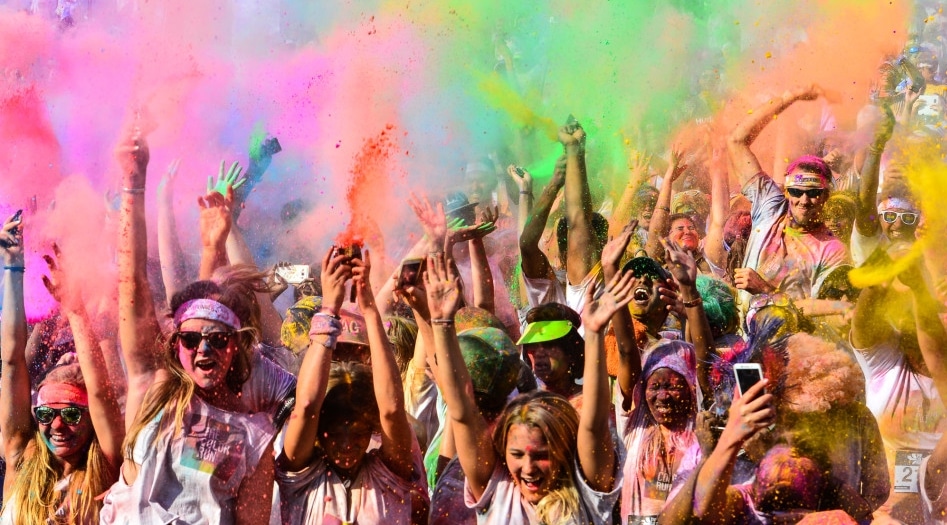 Northerners know Manchester can be a rather grey city, so thank the lord for The Colour Run, the most fun you can have over 5k. The fun run has been a global phenomenon with the non-timed event inviting competitors to run, jump, skip or hop along the route while pelting each other with psychedelic powder bombs at each km landmark along the way.

Once runners cross the line they’ll be welcomed by DJ’s and MC’s for a party bursting with colour. 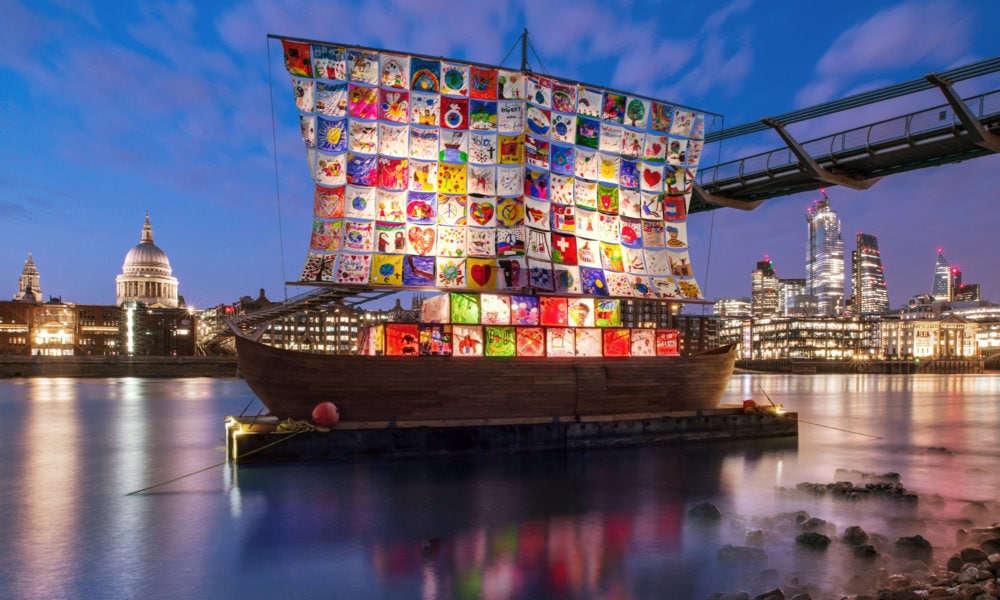 There’s an impressive sight anchoring up near the Tate Modern this week in the shape of The Ship of Tolerance. It’s an international art project created by artists Ilya and Emilia Kabakov. The 60-foot long, hand-crafted wooden ship is dedicated to connecting and inspiring young people from different cultures through the universal language of art.

For its presentation in London, the silk panels that make up the sails of The Ship of Tolerance have been painted by children from forty London primary schools and from refugee centres in the UK & Calais. 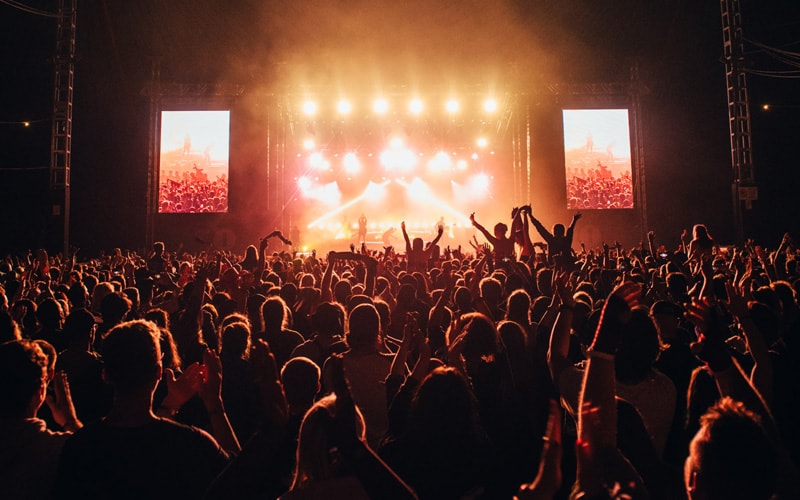 This new tented concert series down in West London’s Gunnersbury Park is three days of curated gigs with a mix of genres that aims to blur the line between festivals and concerts. Friday sees Doves and Echo & the Bunnymen take to the stage with The Specials headlining on Saturday. Sunday goes all rock with Jimmy Eat World and You Me at Six closing festivities. 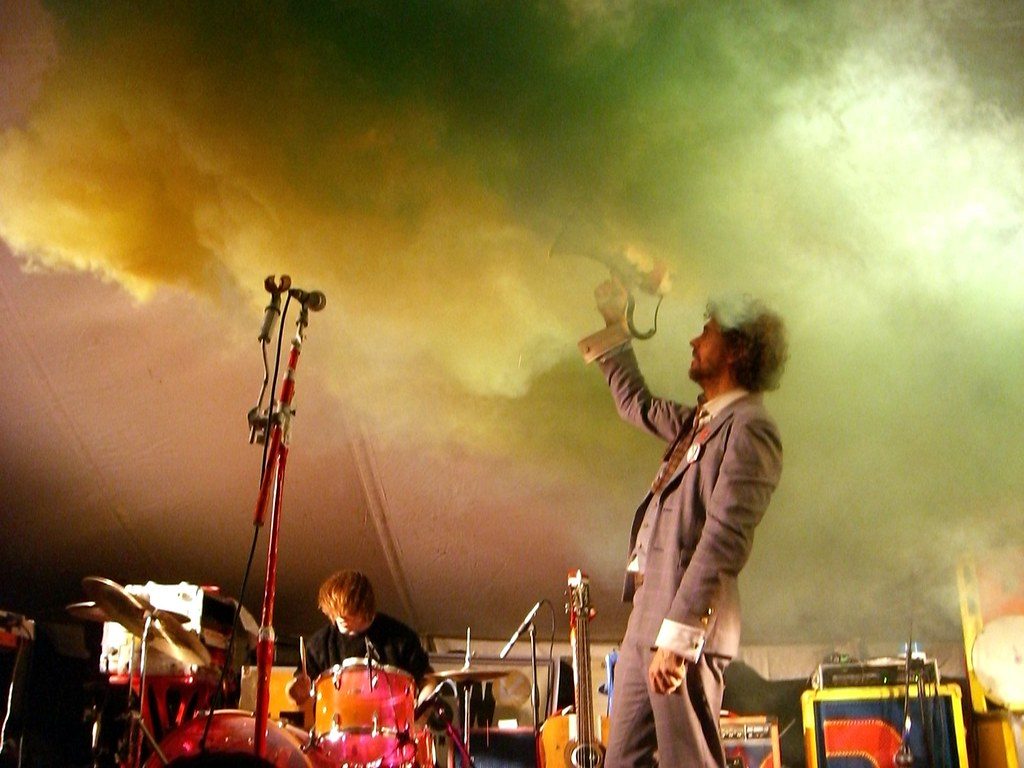 The living carnival that are The Flaming Lips, led as ever by freaky frontman Wayne Coyne continue on. Having released their 15th album, King’s Mouth, the band are out on the road peddling their heady mix of bonkers and brilliance.

And these gigs are being talked about as some of their most spectacular yet, not least the eye-popping visuals. Catch them in Edinburgh, Manchester & Brixton this week. 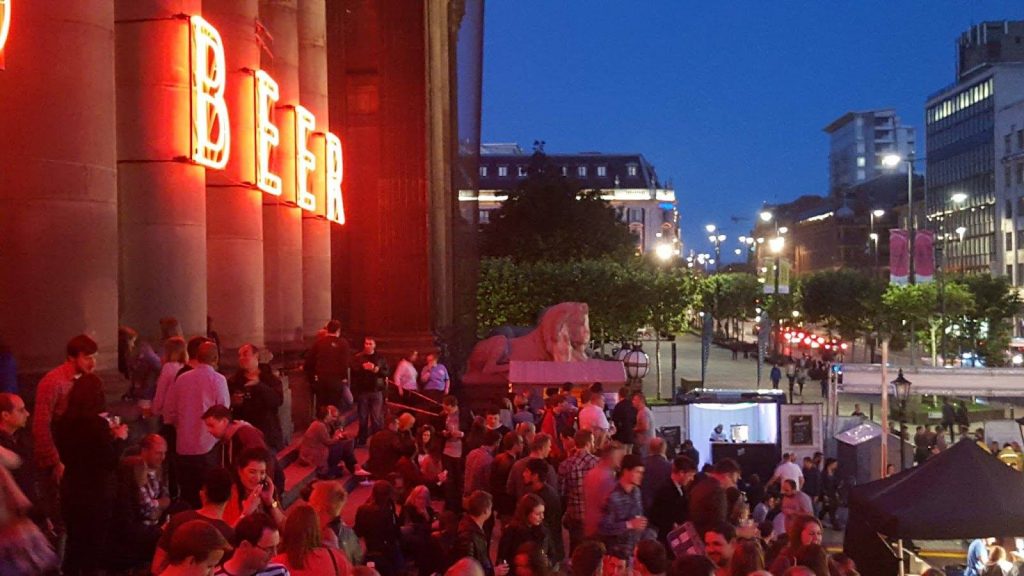 It’s a huge celebration of craft beer in Leeds this week with their International Beer festival returning for its 8th year. The four-day fest situated in the heart of the city boasts around 50 top brewers from these shores and overseas. Add into that a street food market to soak up the booze and live music across three stages and you’ve got yourself a happening. 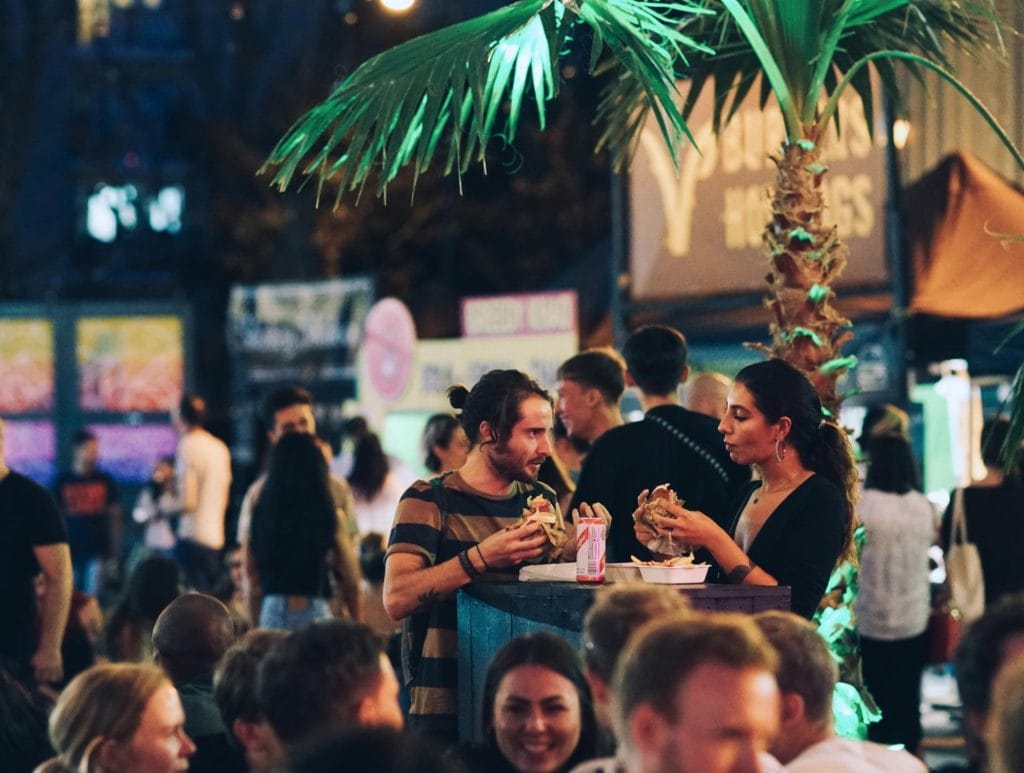 The continued popularity of East London’s Vegan Nights is signaled this week as they celebrate their 2nd Birthday. Expect the perfect plant-based party with the finest curated line-up of food stalls and vegan booze. It’s the ideal place for those who follow the lifestyle and those who are curious about it to meet eat and dance the night away to DJs bringing their A-game to the festivities.

The Hang with Gregory Porter (Acast, Out now)

Jazz sensation Gregory Porter is known for his dulcet singing tones, but for the moment he’s shifting into the podcast world, using that smooth voice for a ten-part series that sees him interview fascinating figures from the world of music. 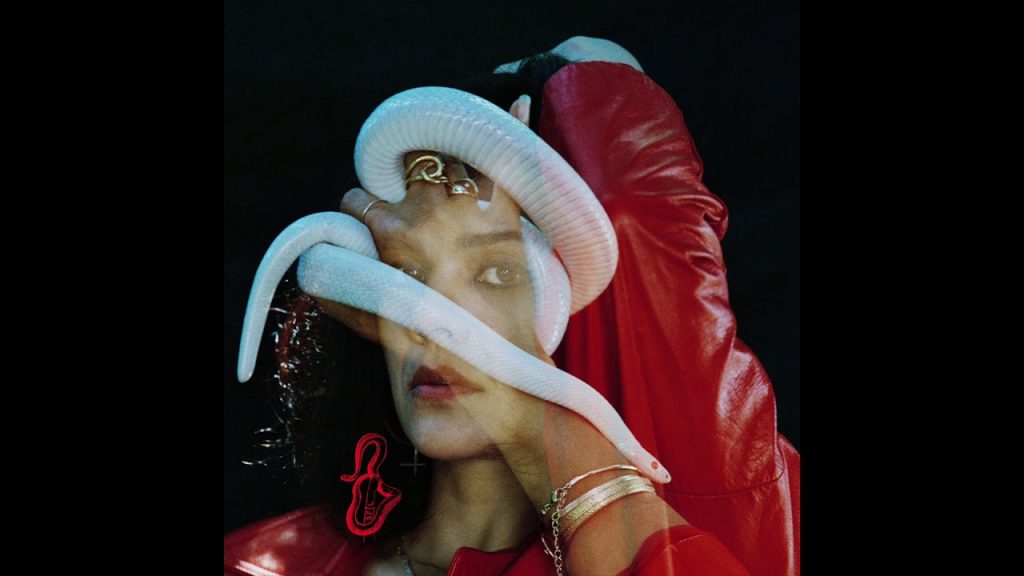 The brilliant Natasha Khan aka Bat For Lashes returns with this most cinematic of albums which was heralded by first single Jasmine, like an 80s synth dream that wouldn’t be out of place in a John Carpenter film back in the day.

In fact, the dreamy quality flows throughout Lost Girls. Khan describes the ten-track album as, “full of romance,” and paying “homage to Los Angeles where the album was recorded, to being a kid in the ’80s, to films that touched and changed her life.”

Sacha Baron Cohen goes all serious on us as he stars in this new Netflix espionage series based on a true story. He plays former Mossad agent, Eli Cohen, who successfully went undercover in Syria in the early 1960s.

We follow Cohen as he gets close to ambitious military leaders and their rich friends so he can the inside info on Syria’s biggest anti-Israel secret initiatives. But his infiltration puts huge pressure on the man and his family, with cracks soon beginning to show.

The band biopic is all the rage these days. Be it Bohemian Rhapsody or Rocketman, there has been a recent obsession in telling these musical stories. The latest, set to drop on streaming platform Hulu (available in the UK) tells the tale of the rise of the Wu-Tang Clan in a realistic memoir crafted by the brains behind the group The RZA.

In the series, he’s deftly played by Ashton Sanders (Moonlight), as he and his fellow rappers battle their way from a crime-filled 90s New York to worldwide musical success.

After the success of 2017’s Stephen King adaptation, the sequel sees the children of the Loser’s Club all grown up and facing an intense battle against that rather evil clown Pennywise.

Legend has it that evil revisits the town of Derry every 27 years which is why the friends are teaming up again to counter the evil killer clown. Jessica Chastain, James McAvoy & Bill Hader are among the stars taking on the monstrosity. Rather them than us.

Rapid Response is a fast-paced documentary that tells the story of medical and safety professionals who refused to accept the high mortality rate among American race car drivers, fundamentally altering the history of motorsports.

It focuses on medical student and racing fan Stephen Olvey who didn’t think the accidents and fatalities, commonplace in racing were acceptable and sought to change to sport from the most dangerous to one of the safest. 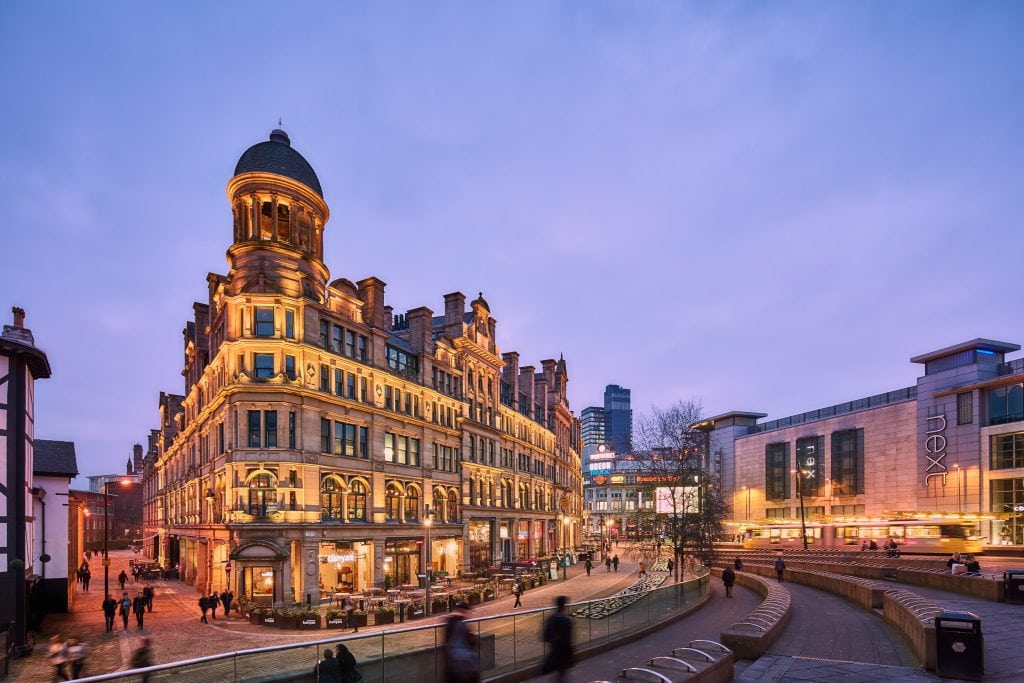 Who doesn’t love a weekend away? Whether you’re looking for a weekend away with the boys or you want to treat the love of your life to a relaxing city-break, we’ve got it covered. We’ve teamed up with aparthotel brand Roomzzz to offer a two-night stay in one of their locations.

If you combine an up-market hotel with a modern, state of the art apartment, and add to that more security, all the luxuries you’d expect in a high-end hotel, all within spacious, airy living areas and a kitchen, then that’s Roomzzz.

For a full list of Roomzzz locations please visit:  www.roomzzz.com