The Race of His Life: Sprinter James Ellington Talks About His Incredible Comeback From Injury

There’s loads to do around the UK this week in mid-August. From a festival for dessert lovers, a chance to look around the hallowed grounds of Abbey Road Studios and more festivals than you can shake a stick at. Here’s The Weekly EDIT.

The world-famous Abbey Road Studios is throwing open its doors for a series of exclusive talks in Studio Two on the past, present and future of the iconic recording studio.

For the princely sum of £125 you’ll be able to hear extraordinary stories about the world’s first purpose-built recording studio, from the patenting of stereo to the invention of recording techniques used across the globe today.

There will also be tours of the legendary Studio Two Echo Chamber and Control Room. 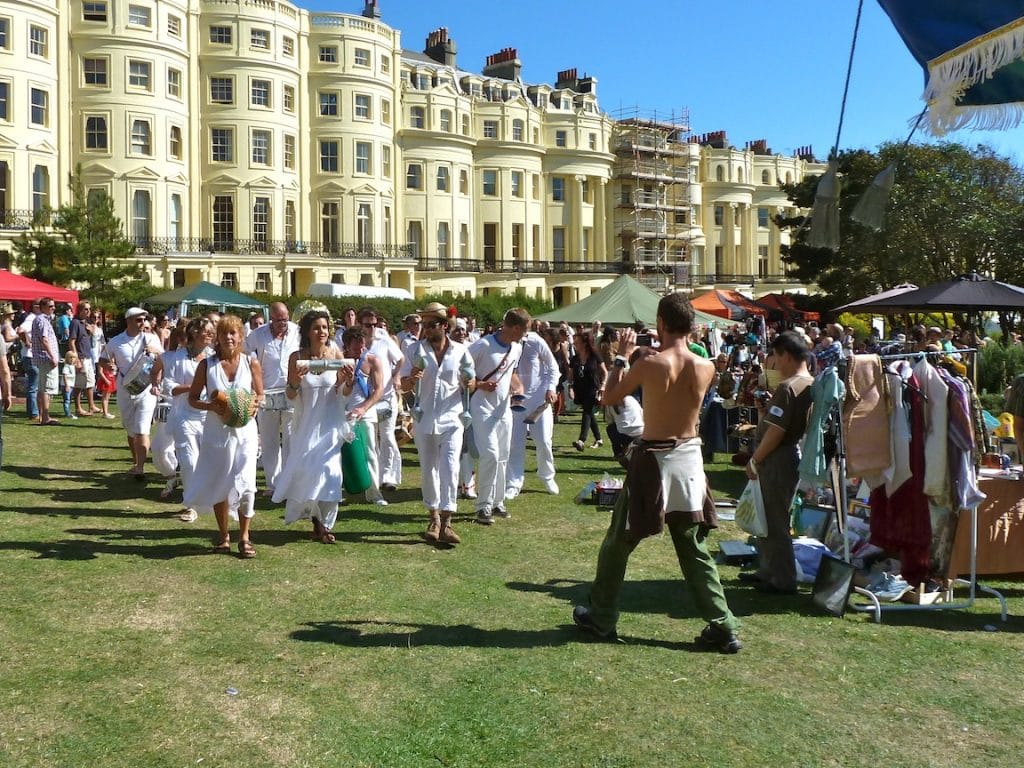 Only a stone’s throw from the beach down in Hove is the Brunswick Festival, for all you folks heading down for a late summer weekend at the seaside.

Live music, food stalls, a beer tent and the usual artists and antiquarian’s selling their wares. Well worth a visit and it’s completely free.

A genuinely awesome summer party takes place at the north shore troubadour in Liverpool, as some of the leading genre-defining DJ’s and musicians from reggae, soca and calypso collide. 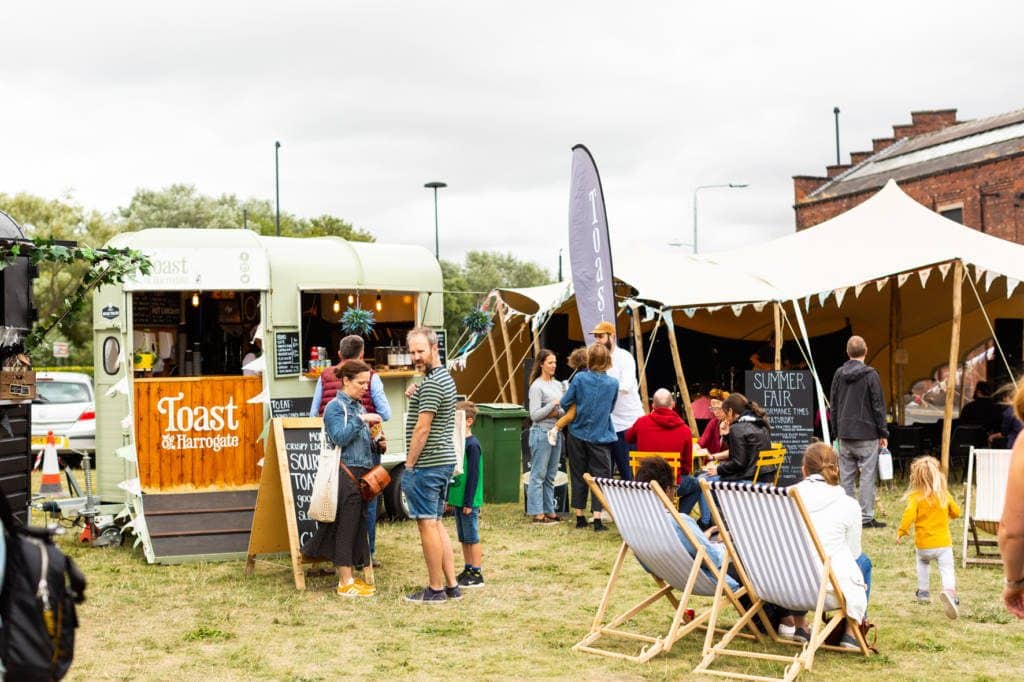 The Hepworth Wakefield’s Summer Fair returns this August with something for all the family.

Treat yourself at the craft and food market full of exciting independent makers, join in with outdoor workshops, enjoy some tasty street food, freshly brewed coffee and local ale.

There’s also dance and music performances, from artists and groups based in Wakefield and the region. 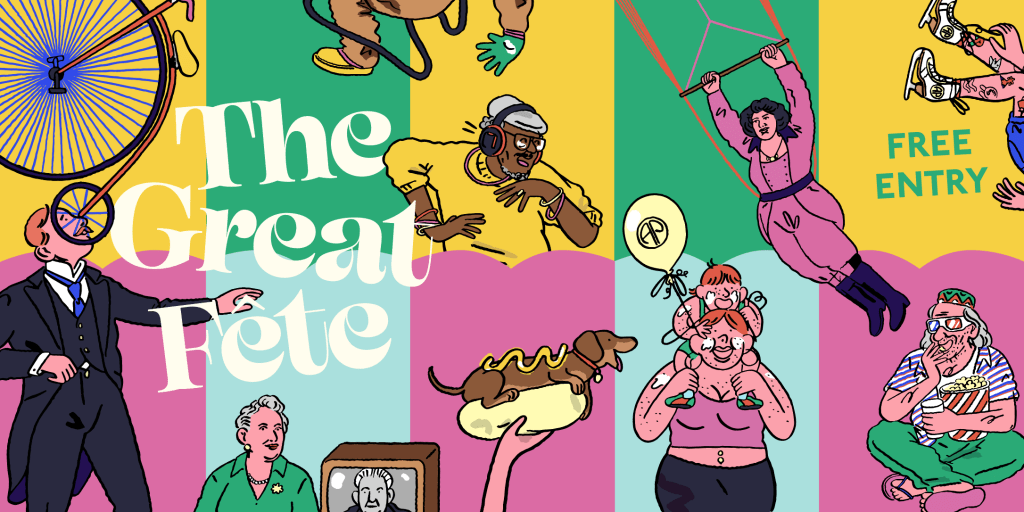 Do you know what we here at The MALESTROM like more than a summer festival? Well, a free summer festival of course and that’s exactly what’s taking place at Alexandra Palace this weekend.

At The Great Fête, there’ll be the promise of music (DJ Yoda), entertainment, wellbeing, education, and performance.

There’s a Silent Disco in the woods and a screening of Blade Runner. With the fête tying in with the final StrEATlife foodie fest of the summer they’ll also be plenty of top street food and very few reasons not to head down there on Saturday. 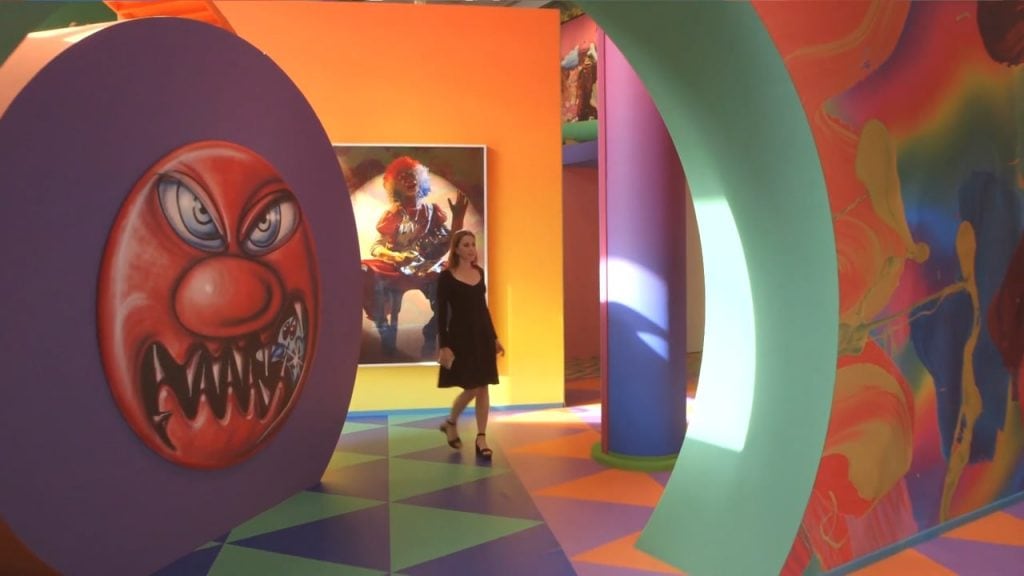 An Immersive exhibition from Gary Card, the renowned artist famous for his work with Nike, Balenciaga and Comme des Garçons, plus designing album covers for musicians such as Lady Gaga, is on now in Mayfair auctioneers Phillips Gallery.

It’s a big colourful art maze for visitors to navigate with some rather ghoulish creations filling the space.

Highlights include a video by artist collective Smack depicting Eden, Paradise and Hell and a pickle man wearing a hat by Card himself. Careful, this show could spin your head right out. 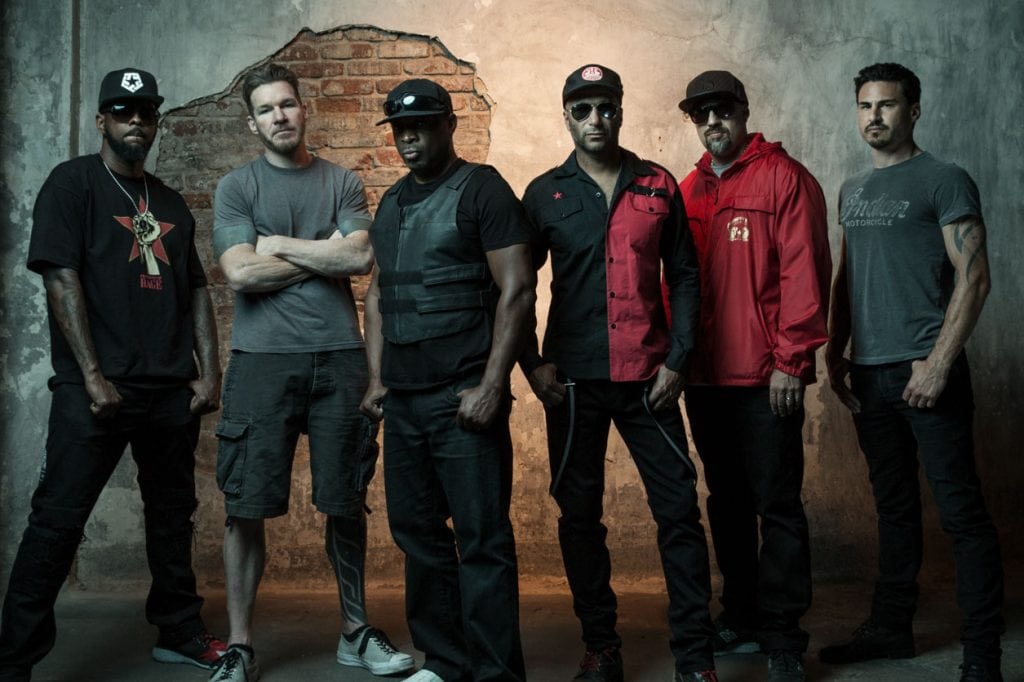 The rap-rock supergroup comprising of Tom Morello (Rage Against the Machine), Chuck D (Public Enemy) & B-Real (Cyprus Hill) are back over on our shores with their brand of angry protest song.

All too prescient in the times in which we dwell. Catch them at the O2 Shepherds Bush and the Manchester Academy this week. 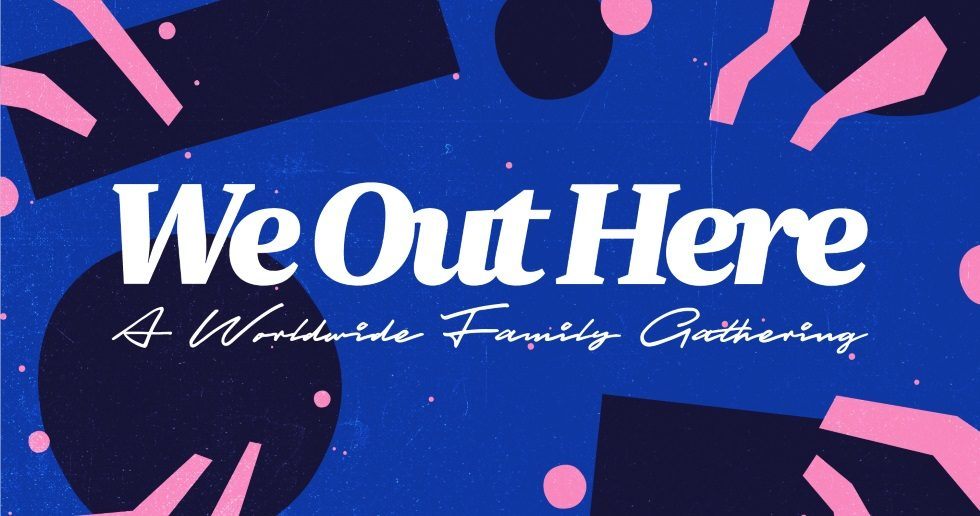 This new fest is the brainchild of 6 Music DJ Gilles Peterson, so there’s no surprise it’s al about fusion, with jazz, hip-hop, soul and more converging here.

There will also be a film fest showing music documentaries about British subculture and the Rough Trade tent will host album signings and Q&As during the festival. Should be a very interesting few days. 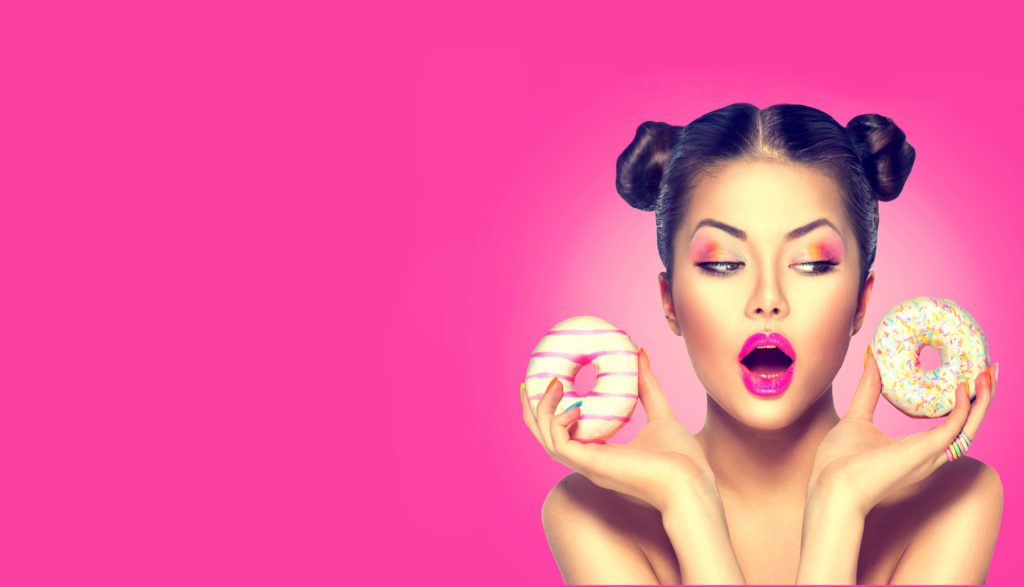 If sweet treats are your thing then head on down to the London Desert Festival and eat your way around the four immersive zones: chocolate, patisserie, frozen treats and vegan.

Sampling and savouring the best in experimental  – like Willy Wonka’s factory for adults, this is the kind of indulgent event that’ll leave you with some serious pangs of guilt. 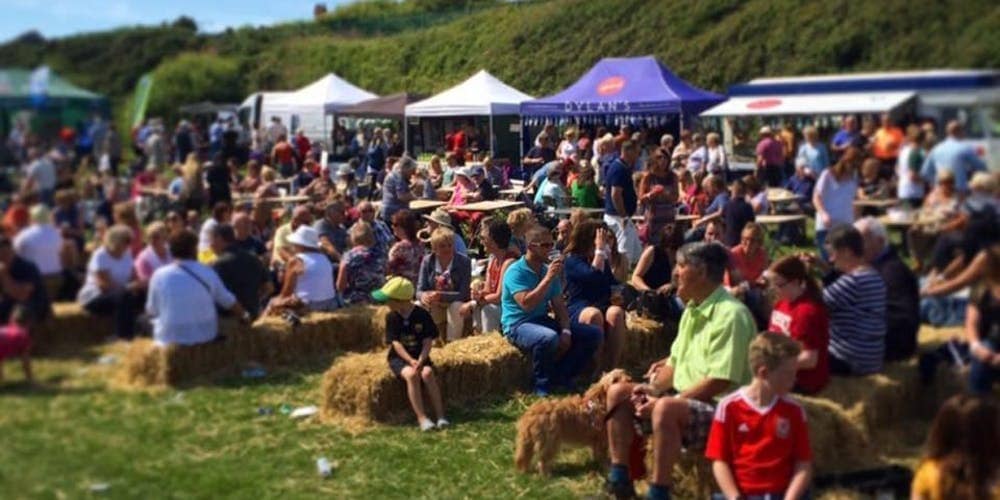 The village of Benllech on the Isle of Anglesey is playing host to The Movable Feast North Wales, a big celebration of food and drink from the region.

Check out top local produce, feast from the food stalls and grab a cold one from the local breweries on hand. There’s also craft stalls to peruse, live music and entertainment – that’s Saturday sorted. 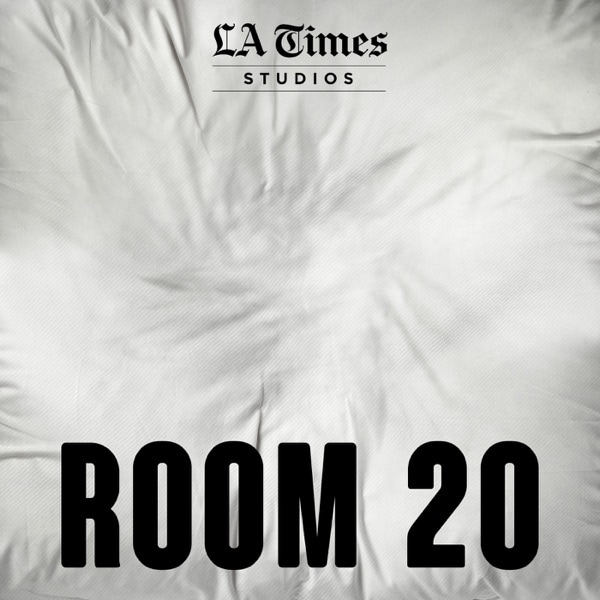 In this new podcast investigative reporter Joanne Faryon quits her job so she can focus on uncovering the story of “Sixty-Six Garage”, an unconscious male patient left unidentified in a hospital bed for 15 years.

For two years Faryon threw herself into the case, delving into Garage’s history, his family, and the cause of his accident.

The podcast is a twisty-turny journey packed with surprises as she looks to answer the question as to whether Garage had been conscious the entire time? 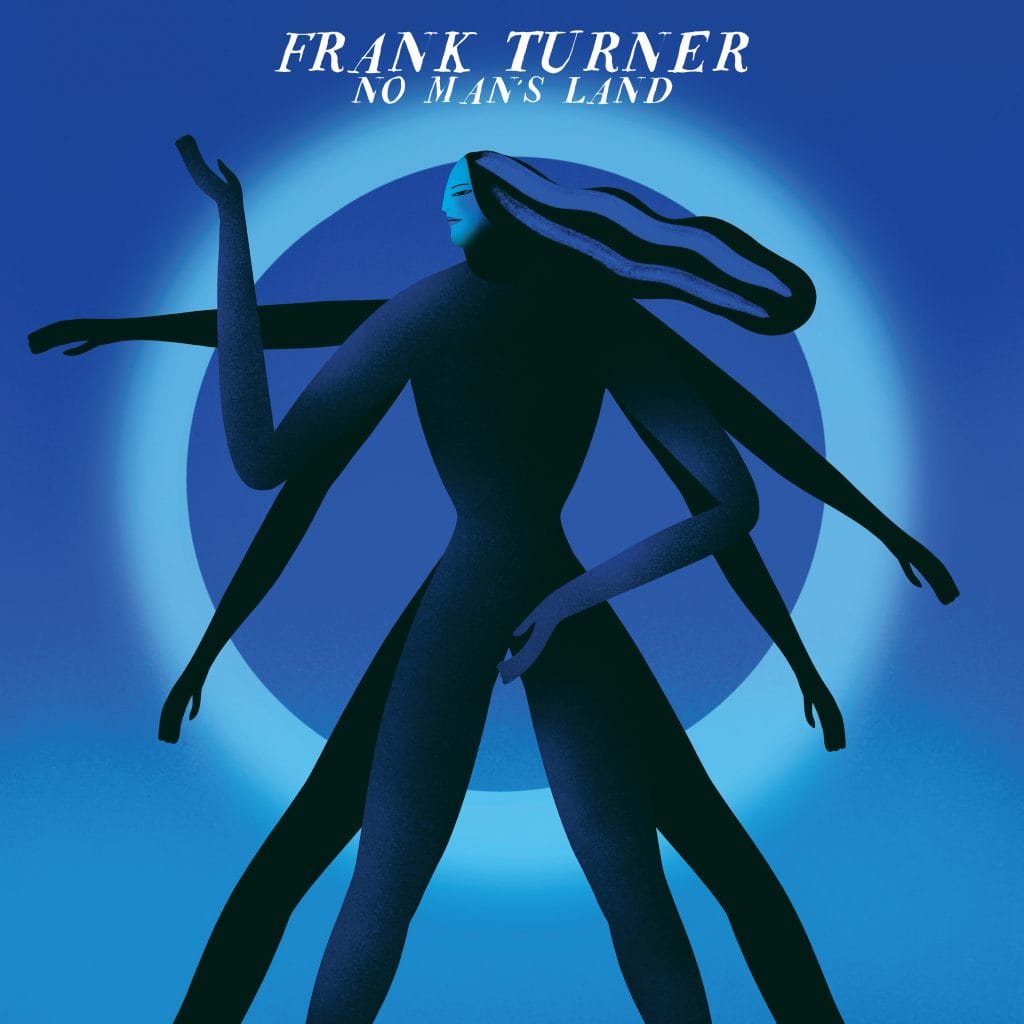 It’s all about girl power for singer/songwriter Frank Turner’s eighth album ‘No Man’s Land’. The record is dedicated to telling the fascinating stories of women throughout history whose incredible lives have been overlooked by their gender.

From Sister Rosetta Tharpe (one of the most important and influential musicians in American History) to Byzantine princess Kassiani and even Nannie Doss, a serial killer from the Deep South who plucked her victims from lonely hearts pages.

The cast who feature on the 13-track LP are all fascinating source material. The album also has an accompanying podcast series, ‘Tales From No Man’s Land‘. Take a listen to ‘Sister Rosetta’ HERE. 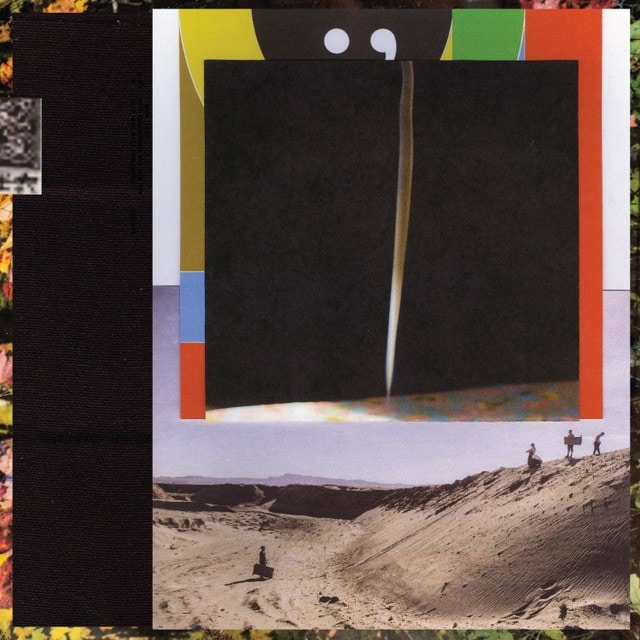 This fourth Bon Iver album wasn’t even meant to be out until August 30th, but it was snuck out digitally a few weeks before schedule. We’re not complaining as luckily Bon Iver don’t really make bad records, in fact, their usually pretty wonderful.

Helped in large part by the vocals of Justin Vernon, who here lays himself bare, not relying on autotuning to pour out emotion-filled tracks. The guest collaborators aren’t too shabby as well, including James Blake, Bruce Hornsby & Jenn Wasner of Wye Oak.

It’s been a long two years since the rather unique Mindhunter first hit Netflix and here it’s making a welcome return to our screens.

For season 2, you can expect a time jump after season 1 as the show continues looking into the FBI’s special agents exploring the psychology behind prolific murderers. The focus here is the Atlantic murders between 1979 and 1981.

After the Woodstock 5oth-anniversary fest was cancelled last month before it even kicked off, this doc showing on BBC Four this week is the closest people will get to the legendary three-day event.

Here the focus is firmly on the revelers themselves, rather than the musicians.

It was a throng (or around 400k to be more accurate) of people who made their way to a New York dairy farm in the summer of 1969 armed with good vibes and looking for a good time, who in turn ended up defining a generation.

Once Upon A Time In Hollywood (Cinemas, 14th)

It feels like we’ve been talking about Tarantino’s new picture centred around the Manson murders in 60s LA forever.

Here Leo DiCaprio & Brad Pitt star as a faded actor and his stunt double out to make a name for themselves against the backdrop of the brutal killings taking place in the city.

There’s a lot to be excited about here, not least the cast list that reads like a who’s who with Al Pacino, Margot Robbie & Kurt Russell just some of the outstanding talent on show. 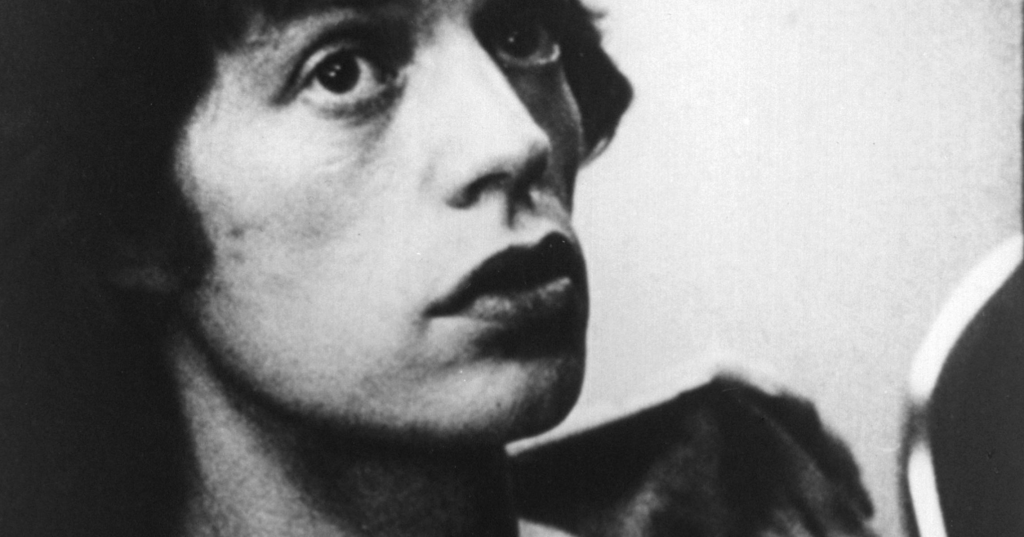 The Barbican is hosting a special screening of Robert Frank’s legendary unreleased documentary chronicling The Rolling Stones American Tour 1972 in support of their album Exile on Main St.

Described by filmmaker Jim Jarmusch as “definitely one of the best movies about rock and roll I’ve ever seen”, C***sucker Blues features some great music and some great performances, including a dazzling joint appearance with Stevie Wonder on ‘Uptight’ and ‘Satisfaction’.

As well as in concert, Frank shot the band between shows – backstage, in hotel rooms and in transit, capturing the seedier moments of life on tour. 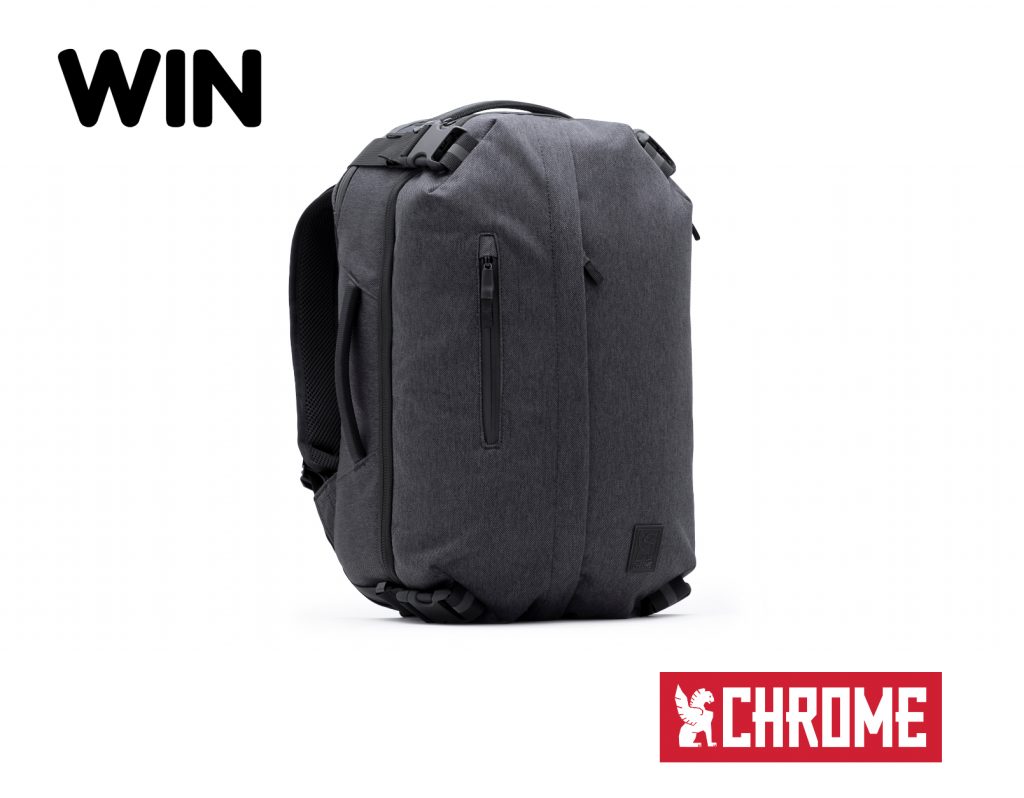 WIN a top of the range Chrome Industries ‘Summoner’ bag worth £170.

We’ve teamed up with our friends over at Chrome Industries to offer one of their amazing bags. The Summoner is part of Chrome’s SS19 Modal Collection.

It’s a half shell hero with a distinctively stylish, aesthetic offering robust protection for travel and urban adventures. It boasts a capacity of 32 Litres, with a side zip opening to two roomy separate organiser compartments and a top-to-bottom front zipper allowing convenient access into the spacious full front compartment.

It also features a dedicated laptop pocket, multiple quick-access pockets and is designed with shoulder-yoke backpack straps for extra carrying power and a unique compression strap system to keep all your kit secure and able to be stowed neatly into the overhead locker on a flight, the Summoner really is the travellers best friend.