Where are the Most Expensive Places to Eat and Drink Around the World?

It’s a bumper edition of our EDIT this week, as next Monday we’ll be focussing on the best alternative Christmas telly and movies to watch over the Xmas break. Here, as ever, we’ve sourced the finest events and happenings taking place up and down the UK to fill your hearts with cheer and stomachs with beer. There’s a big charity comedy gig, exhibitions aplenty as well as a healthy dose of festive fun. It’s The Weekly EDIT.

This free art and photography exhibition fittingly held at Depot in Manchester, which is fast becoming the new home of UK rave, tracks the history and influence of rave culture in Britain. It takes visitors from the days of Acid House and The Hacienda, right through to the movements and collectives that are keeping that legacy alive for generations to come, featuring a wide array of photographs, video and sculpture. But you’ll have to get in quick as it’s only on until Wednesday. 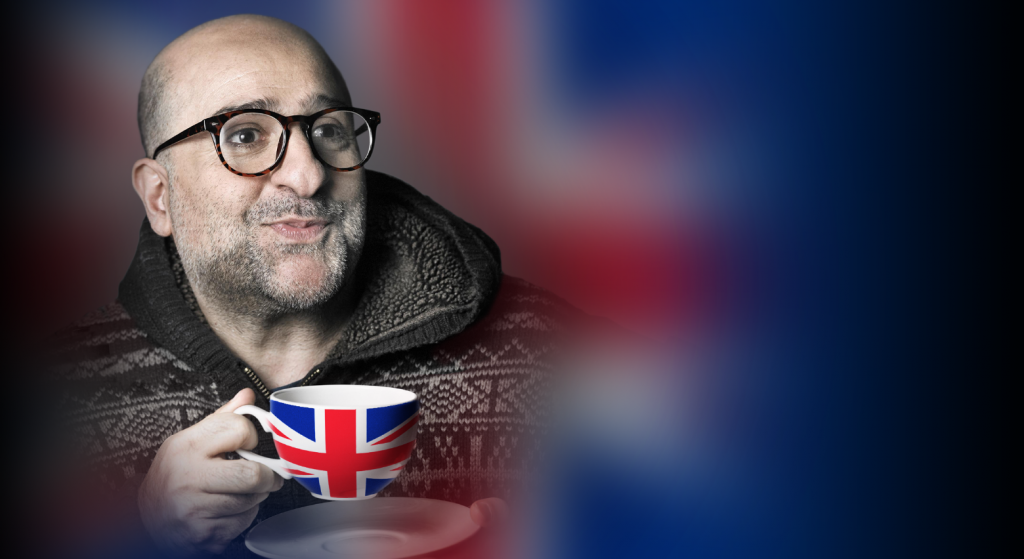 Polka kids theatre in Wimbledon are throwing this Big Charity Comedy Night at Battersea Arts Centre to raise money to help secure their future and continue inspiring the 100,000 children and their families who visit them every year. The night is hosted by their patron, comedian Omid Djalili, who’ll be bringing with him names like Michael McIntyre, Dominic Holland, Tez Ilyas, Holly Morgan and others to tickle some funny bones and bring in some dosh for this one-off charity fundraiser. 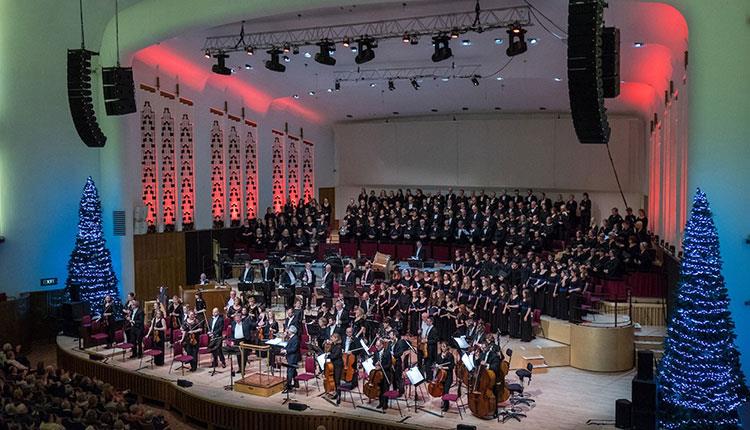 The annual Spirit of Christmas concerts at Liverpool’s glorious Philharmonic Hall has become a tradition in the city. Those attending can expect a selection of Yuletide music, with classic carols and Christmas cheer from conductor Ian Tracey, their choirs and special guest, superstar violinist Pavel Šporcl. Classic FM’s John Suchet is on hosting duties. 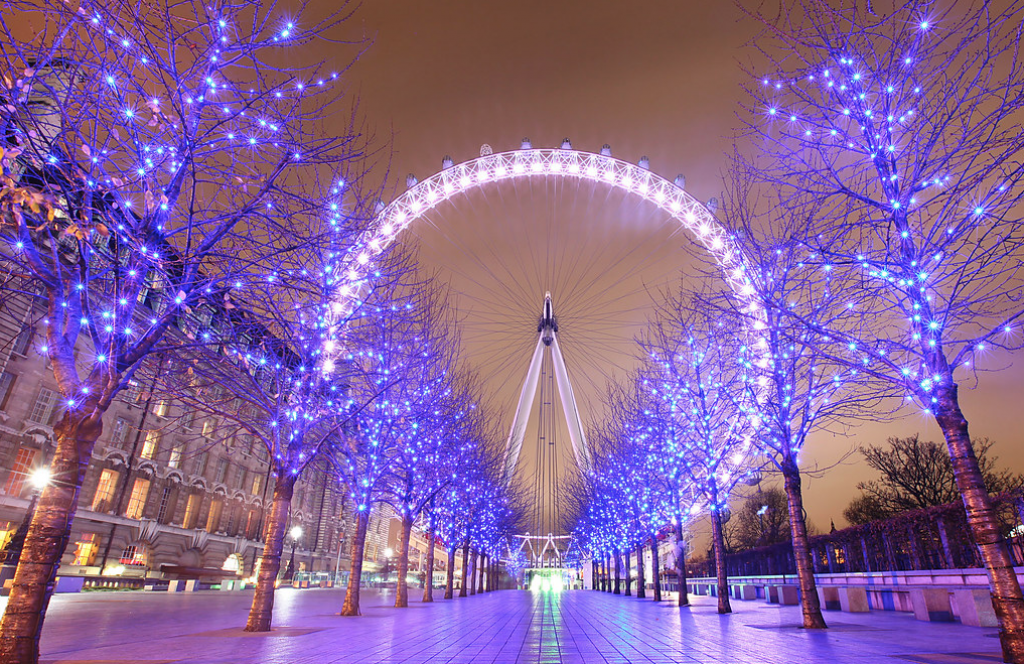 If you’ve got a sweet tooth and a head for heights then we’ve got one happening in the Capital you might be interested in. A trip on the London Eye has long been a great experience, but for two days this week, it’s got an upgrade thanks to Hotel Chocolat who are hosting 30-minute chocolate tasting sessions 135m in the air. For £35 visitors get to sample Christmas themed chocolates while sipping on a glass of Prosecco. Which sounds alright to us.

White Cube is currently playing host to ‘In Formation’, a striking new Antony Gormley exhibition of his cast iron work that questions to what extent we are the product of our environment, and to what extent we are makers of it. It features some massive works on the ground floor, some weighing 700 kilos. With the lower gallery housing nine new blockworks, called ‘Aggregates’. And all of it is rather impressive. 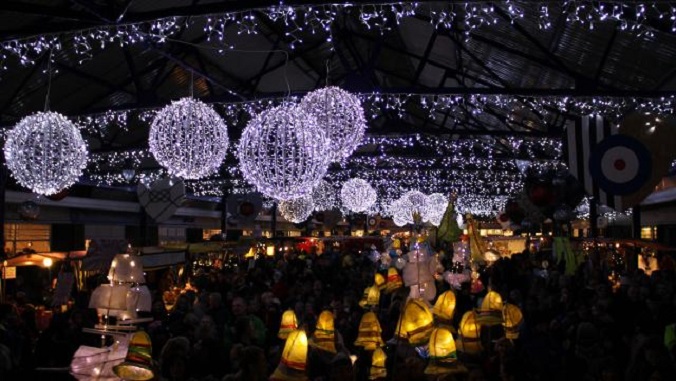 If you fancy some late-night Christmas shopping then there’s a couple of choice dates for the diary here. This Wednesday and next, Greenwich Market is hosting a festive shopping extravaganza where you can browse gifts from tons of talented makers and designers and find the perfect crafty present. Add in some live music, mulled wine and mouth-watering street food and it’s more like a party than a trip to the shops.

The Clash: Westway to the World (BFI Southbank, 14th) 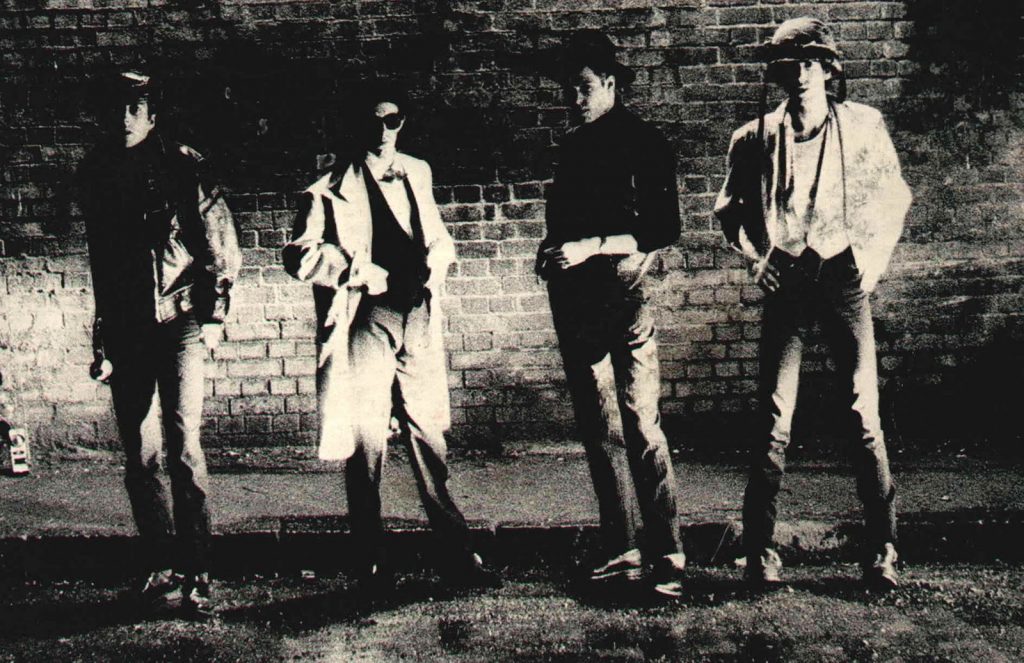 In celebration of the anniversary of The Clash’s era-defining album, London Calling, which was originally released on 14 December 1979, BFI Southbank are hosting a special screening of Don Letts’ documentary Westway to the World. The film will be followed by a discussion with band members Mick Jones, Paul Simonon and Topper Headon as well as Don Letts, who’ll be spinning tunes at the after-party. 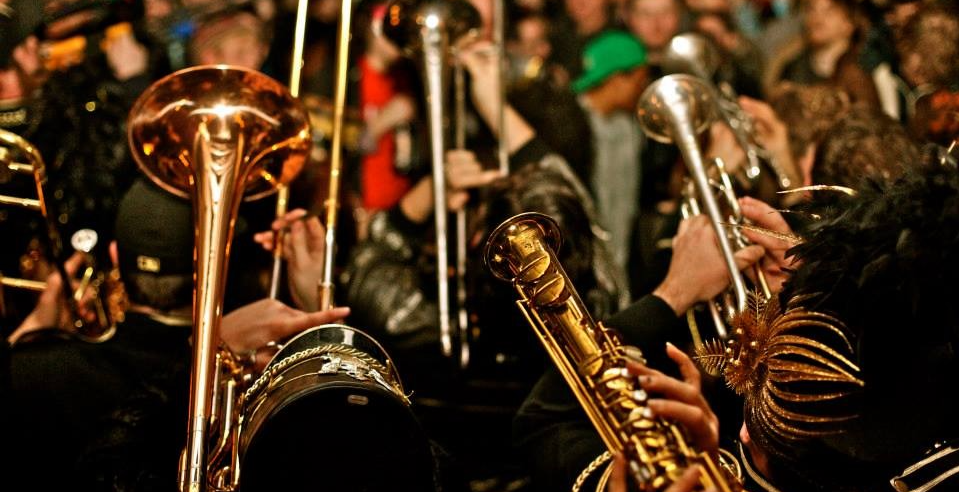 New Orleans style Mardi Gras is coming to Brixton with this special event. Channeling the city’s musical spirit this party at The Blues Kitchen will be serving up New Orleans-inspired food, classic cocktails and a host of brass bands like Atlantic Soul Orchestra, who’ll be bringing some non-stop funk, soul and pop anthems with a brilliantly brassy twist. The fun kicks off at 9pm. 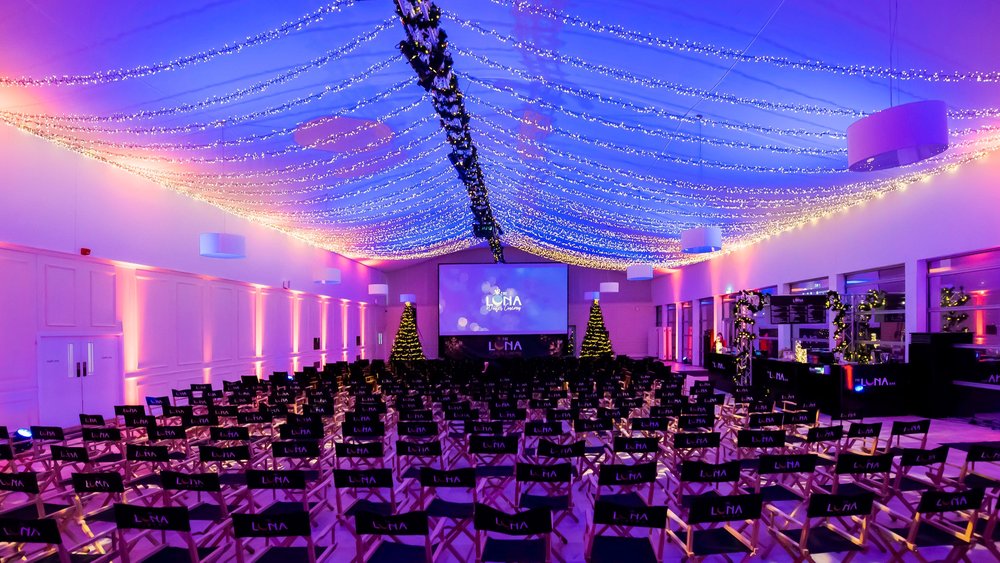 The Luna Cinema have gone all festive for the holiday season. At the rather lovely locations of Kensington Palace and Liverpool’s St Georges Hall, visitors will be able to take in some Christmas classics such as Home Alone, Elf, It’s A Wonderful Life, The Holiday and more. Mulled wine, mince pies, hot chocolate and a full bar, make for the perfect Christmas movie treat. 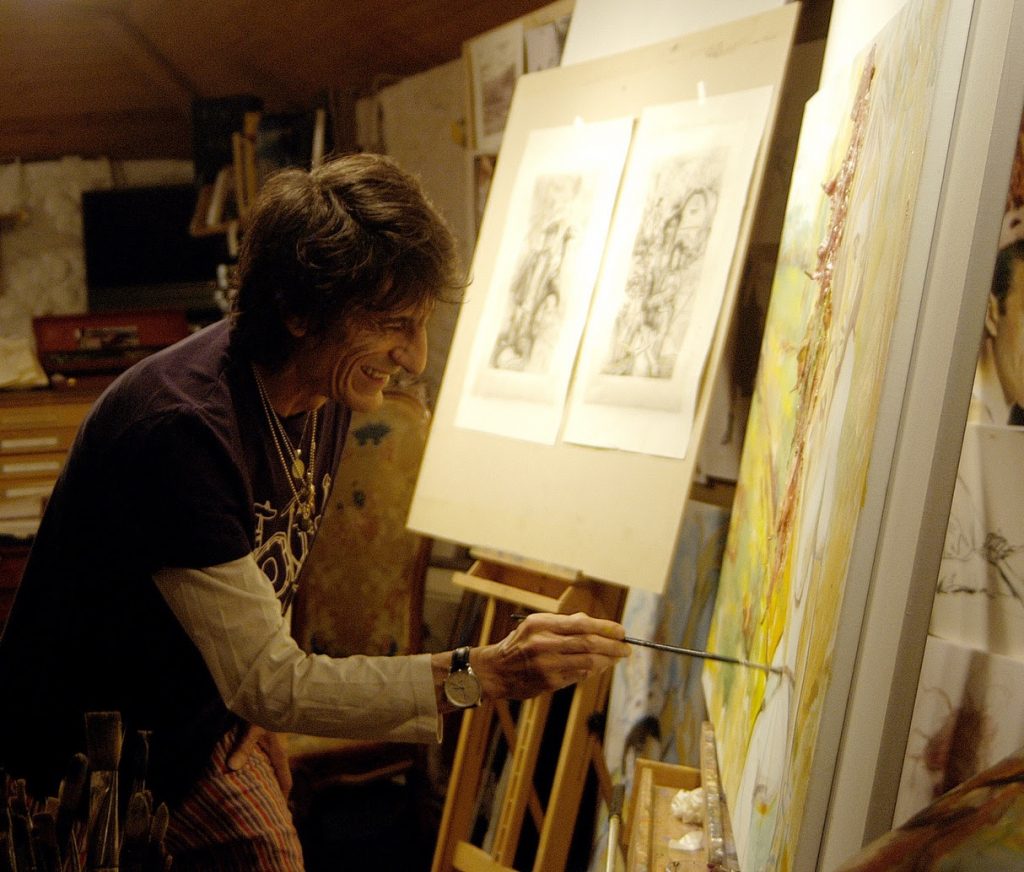 Aside from being an incredible guitarist for one of the greatest bands of all time, Rolling Stones member Ronnie Wood is also a critically acclaimed artist. This pop-up exhibition, The Ronnie Wood Collection, will offer visitors the chance to see some of Ronnie’s best loved paintings, many of which are inspired by his musical influences, as well as unseen new works such as a series of hand-painted Fender guitars and limited edition signed, numbered prints. Rock and roll. 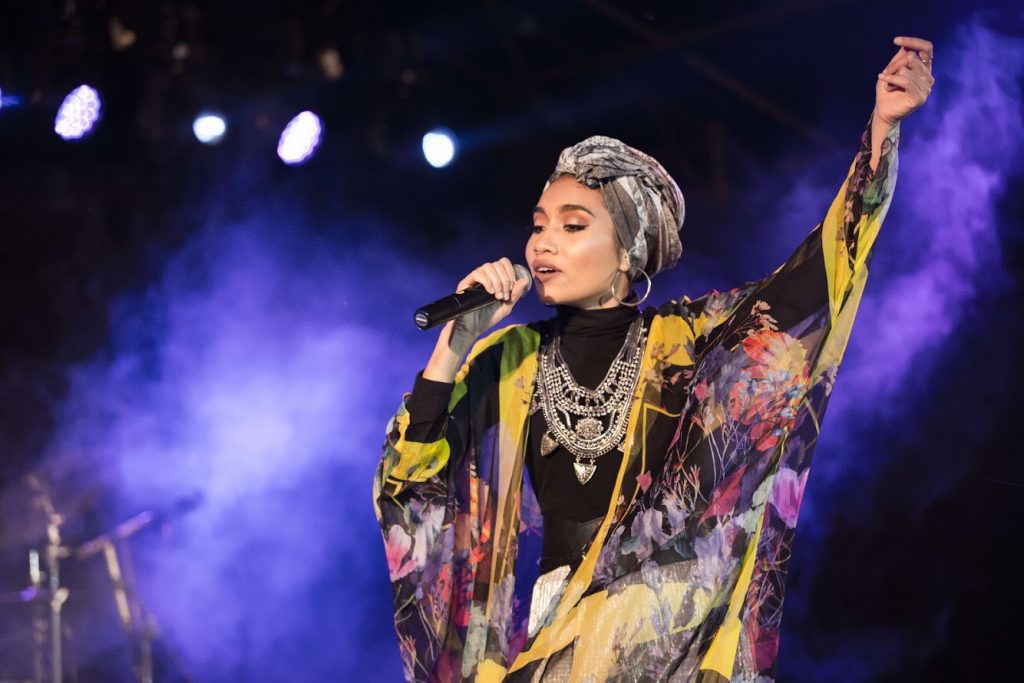 Malaysian R&B singer Yuna is arguably writing the best songs of her career at the moment, proven by her ‘Rouge’ album from this year which featured collaborations with not inconsiderable talents like Tyler the Creator and Little Simz. Boasting a voice that could make Sade jealous, with empowering lyrics to boot, Yuna’s music demands a listen. Catch Yuna for her last UK date in Brixton this week before she heads off on a US tour in January. 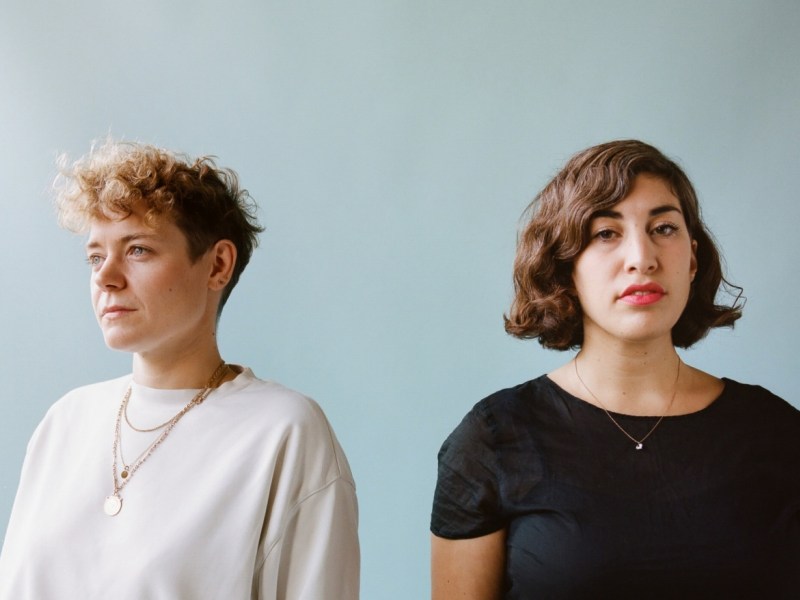 Brighton indie-poppers Peggy Sue are a band who were always worth catching live. After a four year break, the duo of Katy Young and Rosa Slade are back, with a new album of 90s garage rock inspired tunes to be released soon. Check them out at a one-off gig at SET in East London this Thursday. 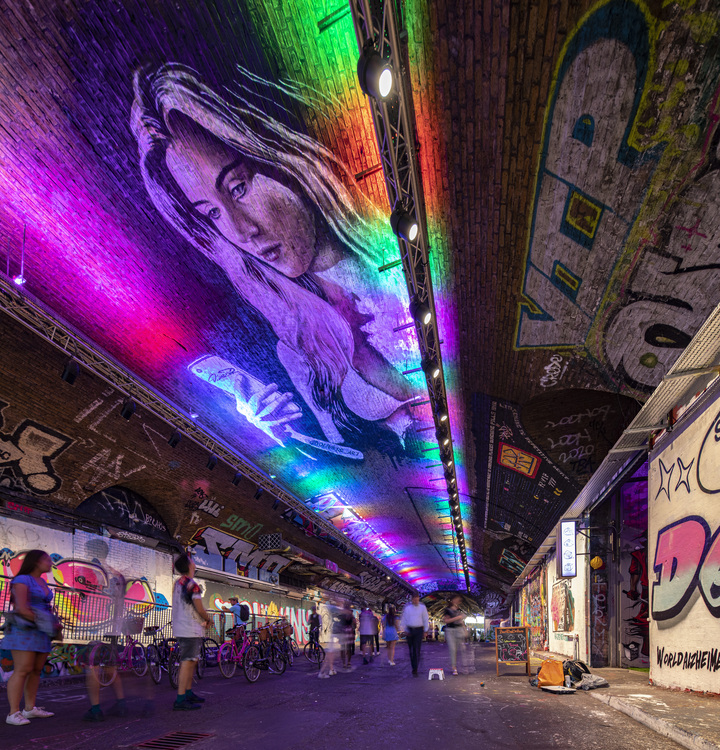 Big Hug Brewing, FMLY Agency and Taps and Tents have come together to launch Hobo House, a pop-up taproom that will raise money for rough sleepers and those less fortunate this Christmas. From Monday for four days South London’s 26 Leake Street, underneath Waterloo Station will host events filled with craft beer, street food and the world’s best DJs. Indie rock legends Foals and Friendly Fires will be performing along with Daniel Avery, Simian Mobile Disco and many more, all of them playing for free. 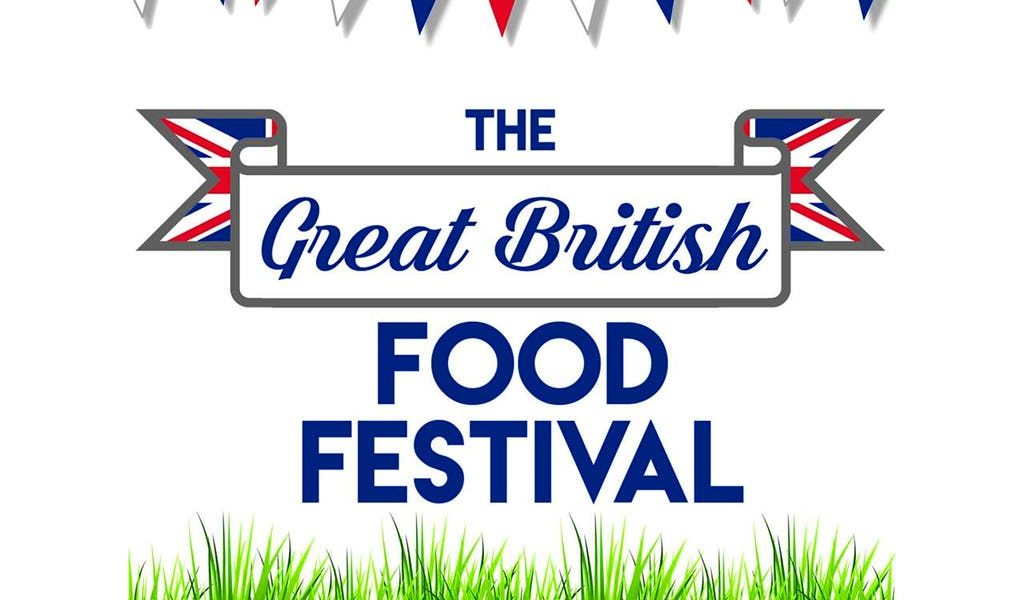 It’s foodie heaven in Lancashire this weekend as the impressive looking Stonyhurst College hosts this fest filled with mouth-watering produce. 70 stalls will be dishing out food and drink along with thirst-quenching bars and a chef demos stage with live music to keep everyone entertained. And if you fancy walking off the grub you can have a mooch around the college grounds or tour the rooms of the historic building. 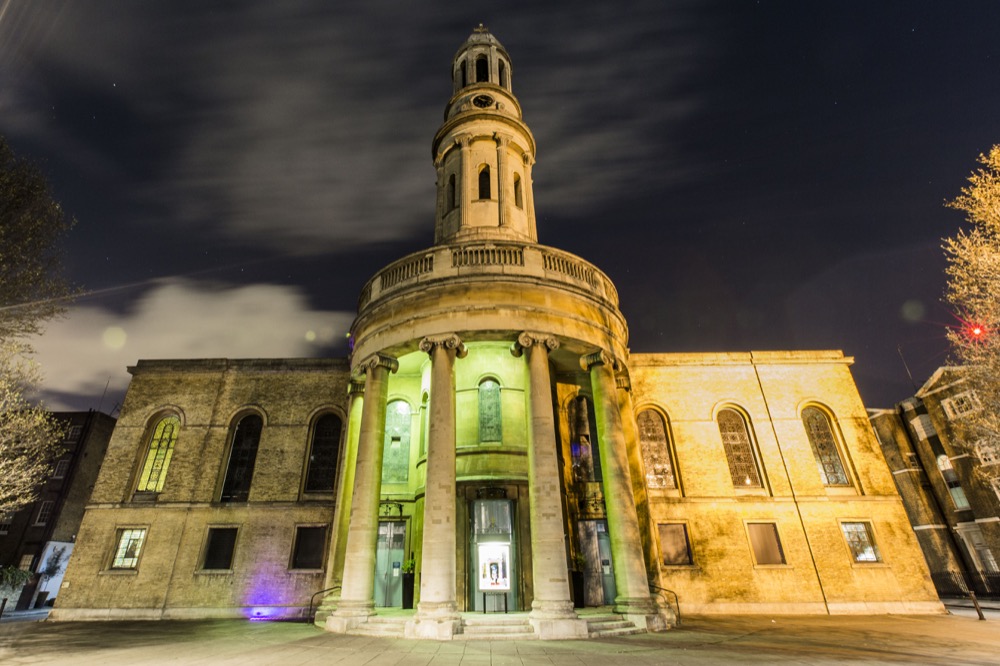 If you’re looking for some festive fizz then you might want to get yourself down to the prosecco festival being held in the rather lovely St Marys church in Marylebone. Inside you’ll find bars loaded with the UK’s widest selection of fizz available by the glass, along with a handpicked selection of world gins and Christmas cocktails. Along with Italian street food and a live band to get revellers up dancing it should be a rather bubbly evening.

Catch and Kill (Spotify, Out now) 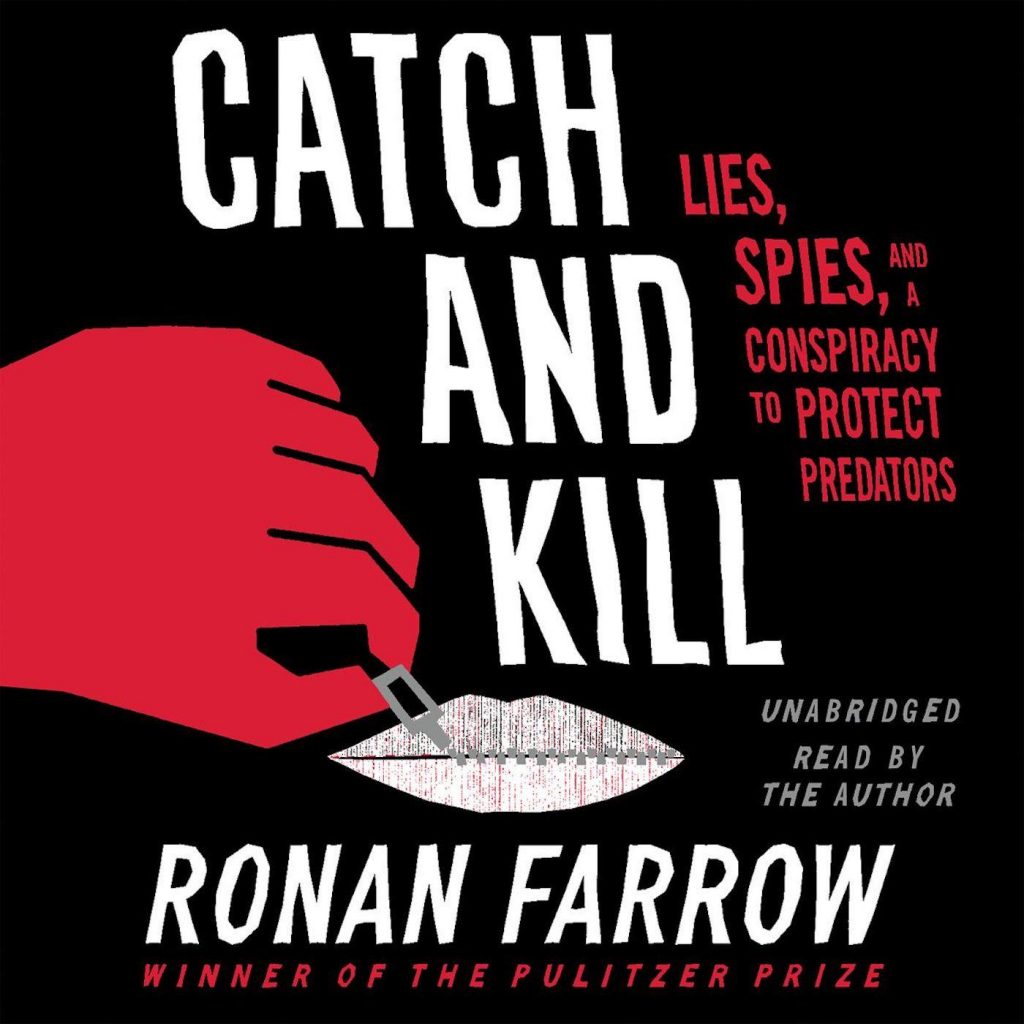 For the past two years, Pulitzer-prize winning journalist Ronan Farrow has been breaking one of the biggest stories in a generation: The abuses of Harvey Weinstein and the efforts to keep them underwraps. This new podcast based on his book of the same name goes through the details of his groundbreaking investigation into the alleged sexual misconduct highlighting the sources who helped him bring the scandal to light and interviews with women who came forward with their own stories of abuse. A vital if not uneasy listen. 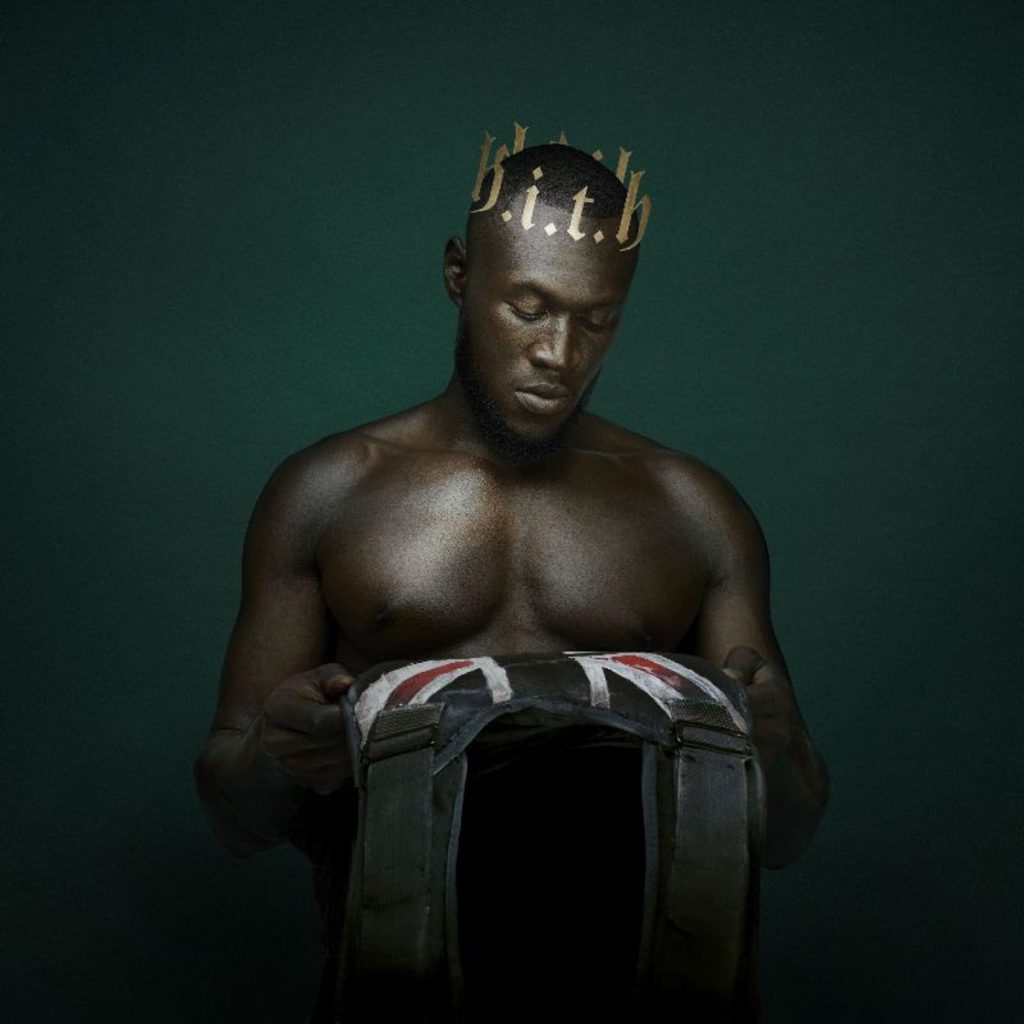 At this year’s Glastonbury, adorned in his Banksy made stab vest, UK rapper Stormzy gave a career-defining headline performance that only helped grow his army of fans and cement his place as the king of grime. It’s clear from the cover of his long awaited 2nd album, Heavy is the Head, he thinks so as well. It features the huge singles ‘Vossi Bop’ and ‘Crown’, with collaborations from the likes Aitch, Headie One and ginger wizard Ed Sheeran on track ‘Own It‘. 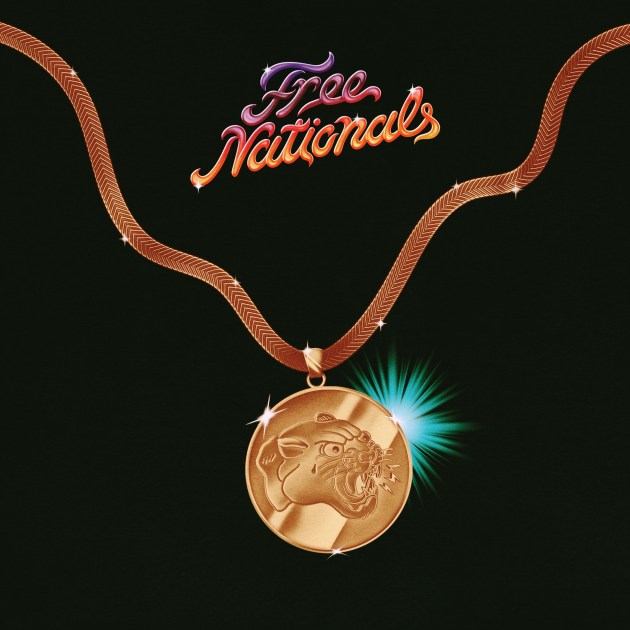 Anderson .Paak’s funktastic live band the Free Nationals are a force to be reckoned with even without the charismatic frontman. This self-titled released represents their long-teased debut and includes collabs with Kali Uchis and the late Mac Miller on the track ‘Time’ and Daniel Caesar and Unknown Mortal Orchestra on ‘Beauty & Essex’, which may or may not be a tribute to a certain ITV2 reality show. Check out the single Shibuya feat the Internet’s Syd.

Syfi cancelled epic space opera The Expanse in May 2018. Luckily for fans, Amazon have picked up the pieces spending some serious cash on this fourth season. Here the crew of the spaceship Rocinante are tasked with exploring new planets beyond Earth’s ring. They soon stumble upon an ancient alien civilisation wreaking havoc seemingly from beyond the grave on the planet Ilus. A sumptuous, special effects-filled cautionary tale on colonisation and the plundering of natural resources. 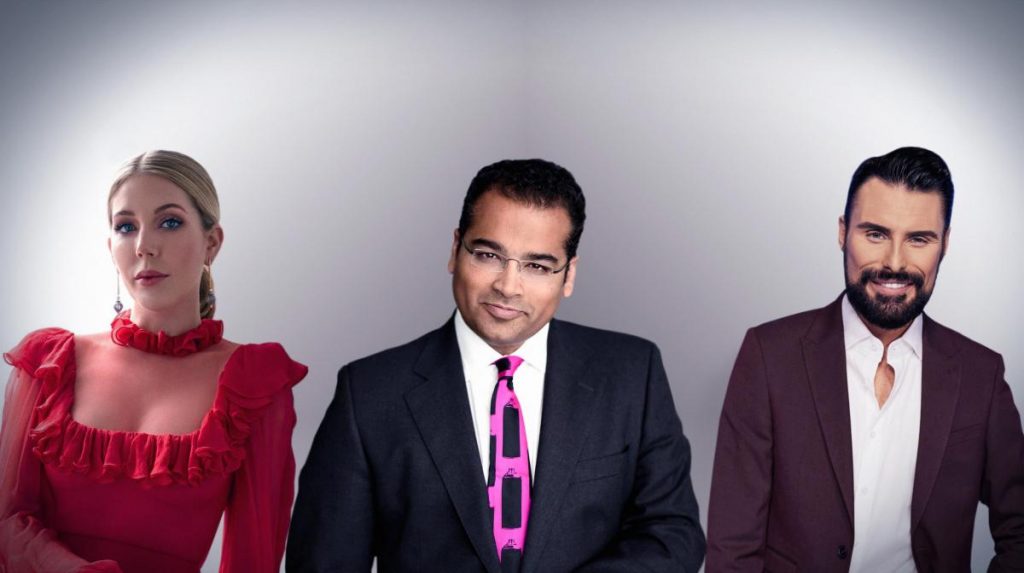 Elections nights can be long drawn out dull affairs for viewers, so thankfully Channel 4 are again providing us with a welcome alternative. Hosts Krishnan Guru-Murthy, Rylan Clark-Neal, Katherine Ryan and Judge Rinder will be on hand to guide you through all the results on Thursday night, bringing some much-needed humour to the ridiculous circus that is British politics.

If you want huge action setpieces you call director Michael Bay (Transformers), which is just what Netflix have done, throwing a cool $150m budget at him to create this high octane movie. It follows six individuals, led by Ryan Reynolds, who after faking their deaths form a crack vigilante squad to take down a brutal dictator. It’s flash and actually quite funny with enough huge explosions to satisfy anyone who craves pyrotechnics with their plot.

We’re not saying the movie business is out of ideas, but this is the second time low budget 70s slasher Black Christmas has been remade. Set in an American College over Xmas the film sees a group of sorority sisters, including Imogen Poots, stalked by a man in a black mask who starts offing women on the campus. But it turns out this group of ladies aren’t ones to play the victim, as they fight back against the killer with a violent burst of girl power.

Jumanji: The Next Level (Cinemas, 13th)

Anyone who’s seen the 2017 hit Jumanji: Welcome to the Jungle, will know that perhaps surprisingly it was one of the most entertaining and indeed funny movies of that year. Here the original gang return in The Next Level, which takes place a few years after the events the first movie. After the crew re-enter the Jumanji game to rescue one of their own, they discover that nothing is as they expect with whole new perils to face. There’s even more body-swapping fun this time around with Danny DeVito and Danny Glover joining the cast. The main source of laughs here being The Rock channeling DeVito & Kevin Hart going full Glover.