The Lowdown on Life as a Monster Croc Wrangler

The nights may be drawing in, but that’s no excuse to not continue heading out, especially with the usual array of great events to visit this week. There’s art aplenty with Manchester’s annual Art Fair and new shows from Damien Hirst and Brian Parker along with a horror film fest and a great 10k for our fitter readers. Added into that the best new music & movies being released and what have you got? Well, The Weekly EDIT of course. 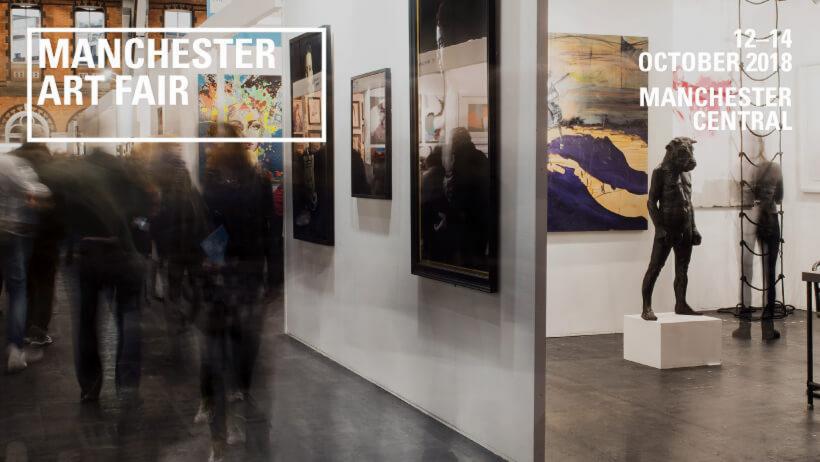 Founded in 2008, Manchester Art Fair is one of the UK’s most ambitious art fairs, selling hundreds of pieces of modern & contemporary paintings, sculpture, photography and editioned prints from a selection of UK and international galleries and artists.

Running alongside the fair is The Manchester Contemporary, which showcases the strength of the UK’s regional artists and galleries alongside key international presentations that can only be seen in Manchester.

Brian Parker’s colourful work will be on display at Pall Mall’s Royal Arcade Gallery this week, as the Essex-based artist, inspired by his time working with David Hockney in Bradford in the 60s, brings his own minimalist collection from ten years of painting into public view.

His solo show, titled, The Journey So Far…It’s all about me, will showcase his vibrant, colourful works that focus on subjects such as dancers, everyday scenes and places. Parker’s aim is to leave the viewer “with a feeling of satisfaction”. Job done we’d say. 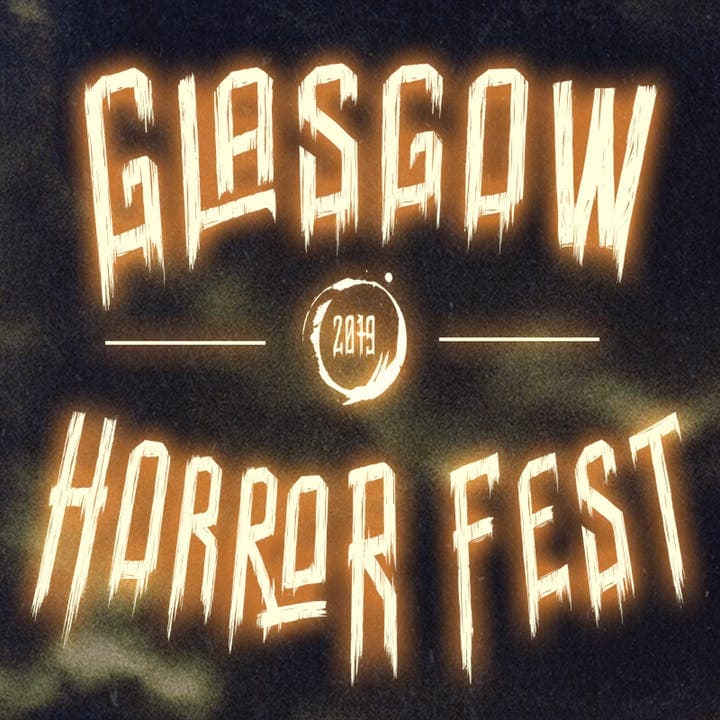 Glasgow Horror Fest is back for Halloween Season 2019 with a packed day of scary film screenings in the heart of the city. Blackfriars Bar’s appropriately spooky basement will play host to a selection of some of the best standout indie horror movies from around the world.

Highlights include 2016’s Cruel Summer which manages to make camping scary and The Black Gloves with an owl-headed monster at its dark heart. Along with other frightening features and shocking shorts it should be an evening to remember. 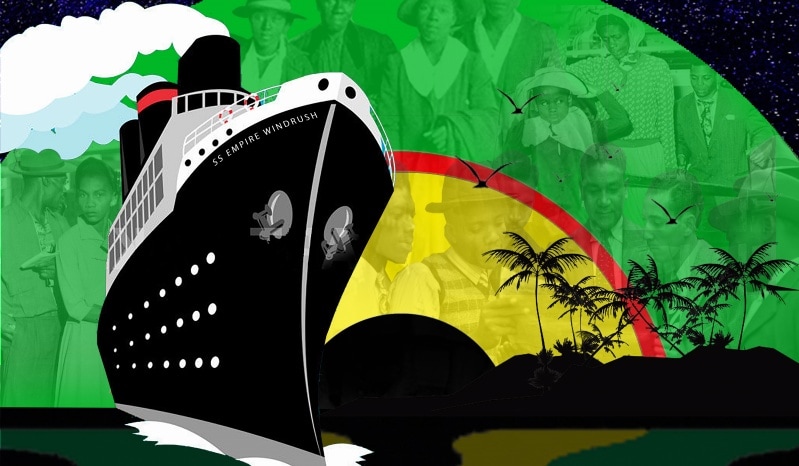 The play Rush arriving at the Playhouse Theatre in Liverpool this week is a journey through the story of reggae music, tracing the history and evolution of the sound through the sixties and seventies before arriving on these shores with the Windrush generation.

The first-ever Chelsea History Festival will bring the past to life in one of London’s most ancient districts over five fascinating days. The festival’s co-founders – the National Army Museum, Royal Hospital Chelsea and Chelsea Physic Garden – host a packed programme of talks, workshops, guided walks, music and family fun.

Join world-class speakers, authors, historians and performers as you step into the stories that shape our world.

White Cube will be exhibiting the new work by the former bad boy of British art, Damien Hirst at Mason’s Yard. It’s his first major show in London for seven years, featuring large-scale works from the recent series of concentric paintings.

Returning to one of his most well-known motifs – the butterfly – the artist’s new paintings take their inspiration from the mandala: highly patterned religious images that represent the cosmos or universe in Hindu, Buddhist, Jain or Shinto traditions. 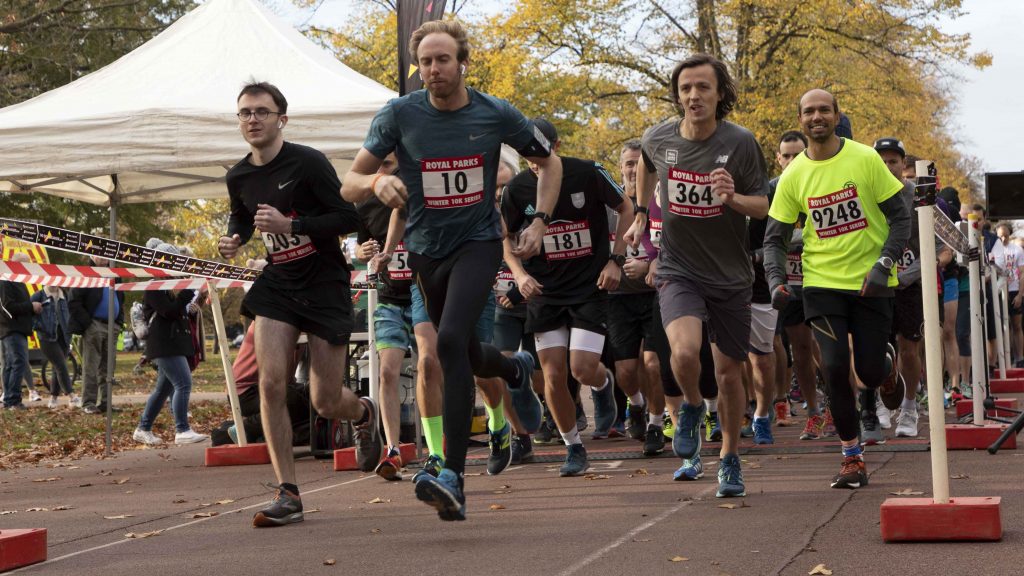 If pounding the pavement is your thing then you might want to get involved in this event taking place in East London’s Victoria Park this Sunday. This 10k course with its wide, flat pavements, is a place renowned for personal bests. And with the promise of testing yourself against some top amateur racers, you can see exactly what level you’re at.

All entrants get a unique souvenir medal and a goody bag to help get yourself refuelled and replenished. Which you can also do at one of the nice local pubs in the area once you cross the finish line. 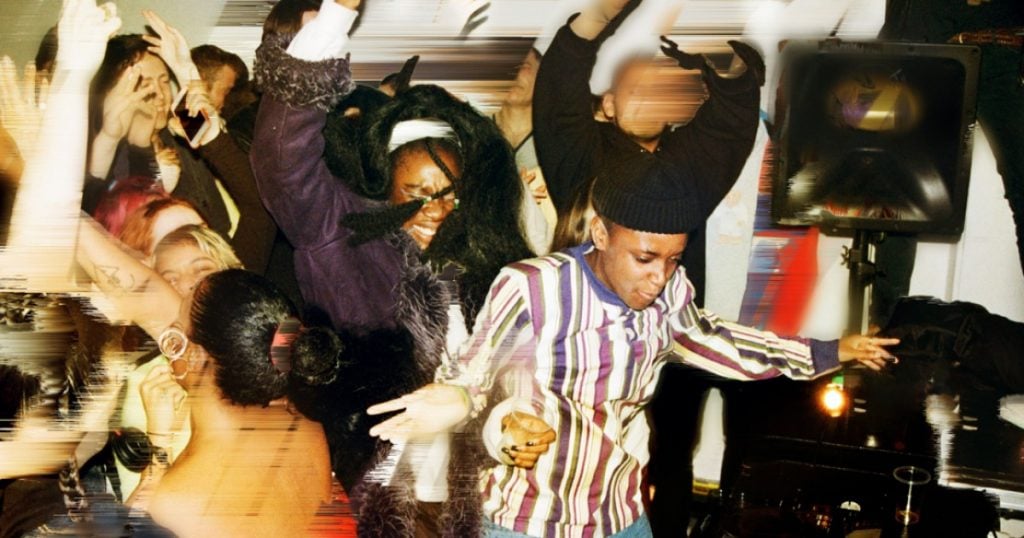 Live music broadcaster Boiler Room is getting into the festival game with four days of gigs and sets in Peckham’s Copeland Park, with each day dedicated to a different genre – jazz, hip hop, bass and club all on the musical menu.

And the spotlight is firmly on next-generation emerging artists here rather than your standard headliners, so you can say you saw them first. Highlights look to include Greentea Peng, Obongjayar and Amy Becker. 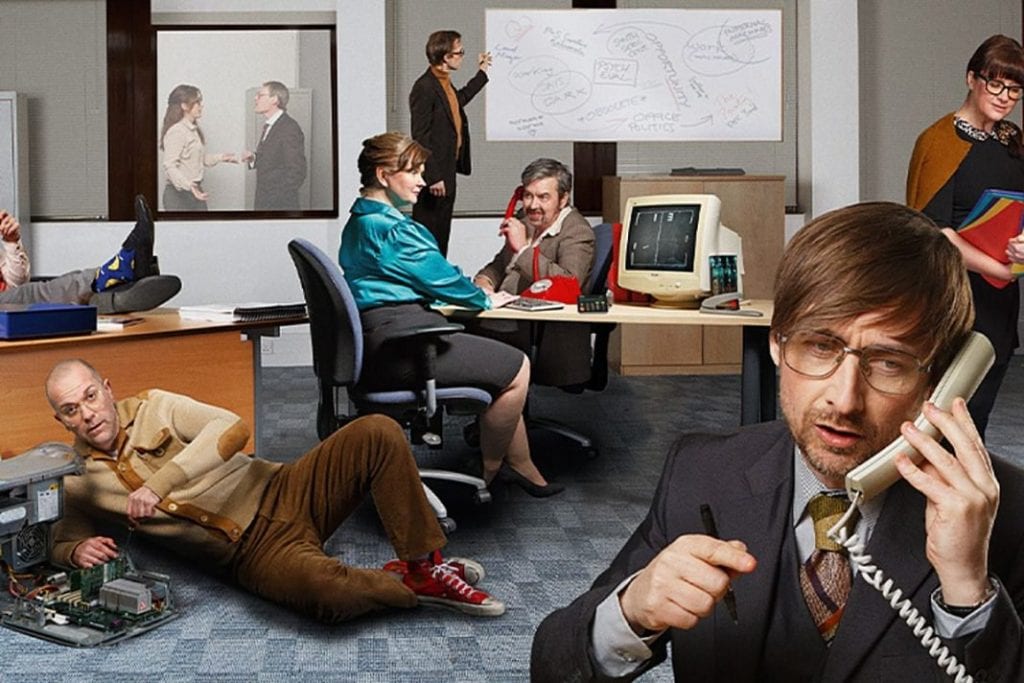 Divine Comedy’s frontman Neil Hannon has been writing accomplished indie-pop songs for decades now. The group’s most recent album, Office Politics, further showed his relentless inventiveness, taking aim at our working lives and the ‘infernal machines’ that often make them an absolute misery.

Currently on the road, you can catch the band live in Glasgow, Birmingham & Oxford this week. 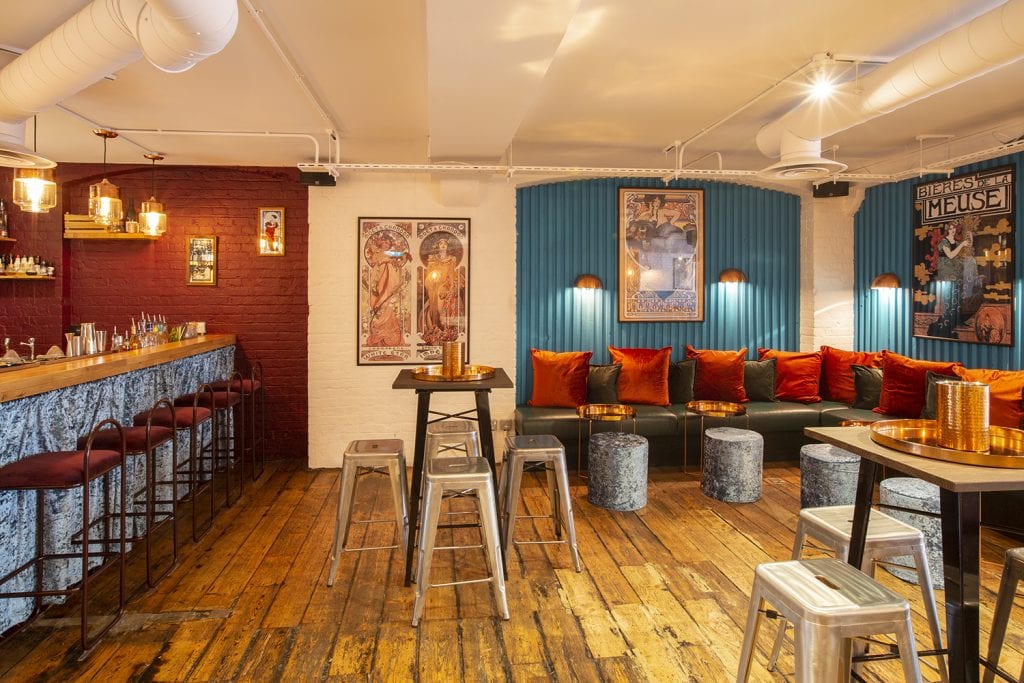 Situated on the first floor of French restaurant Monsieur Le Duck in Farringdon, this new art nouveau style bar is styled on an early 20th-century Parisian boudoir.  With its weathered wooden floors and plush cushions, it’s the perfect environment to kick back with some of the decadent cocktails on the menu and listen to the sounds of French jazz.

We recommend trying ‘The Smoking Jacket’ a heady mix of mezcal tequila and smoked black tea liqueur. The bar is open to the public Wednesday to Friday with the rest of the week reserved for bookings. 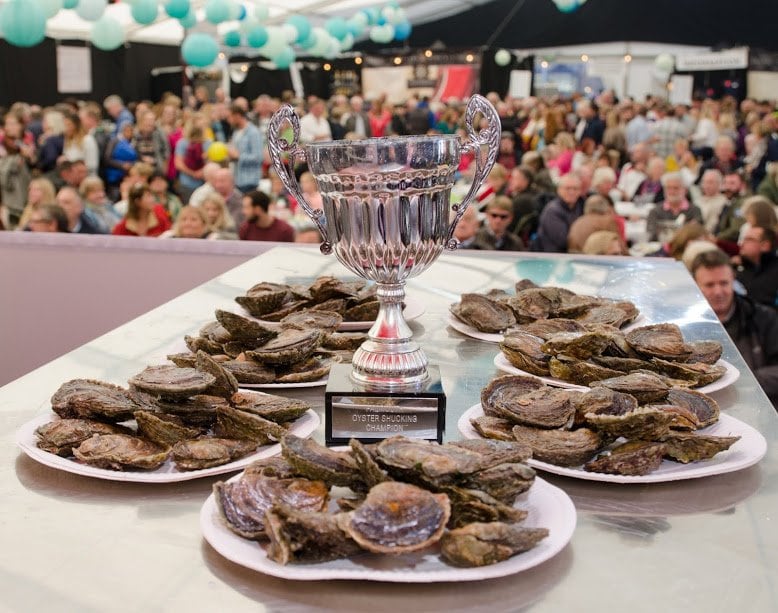 It’s been going strong for 23 years and this Cornish celebration of oysters returns bigger and better than ever. The annual festivities mark the start of the oyster dredging season, and champion the native Fal Oyster and the diversity of Cornish seafood, with four days of feasting.

You’ll find daily cooking demos by top chefs, live music (we’re talking sea shanties) and arts & craft stalls. Oh, and they’ll be plentiful oyster and seafood bars so you can get your fill of fishy treats. 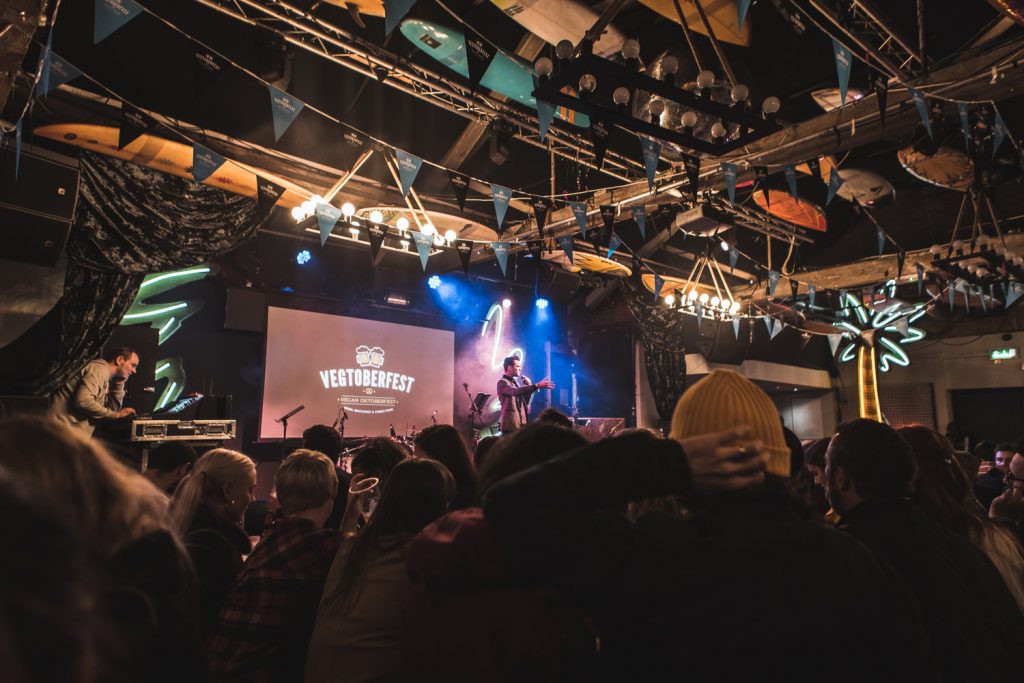 The UK’s first vegan Oktoberfest celebration was launched in October 2018 with a raucous sold-out show at Camden’s Fest venue. This pioneering plant-based extravaganza is returning with two festivals for 2019 this Saturday (12th) and Saturday 19th October. 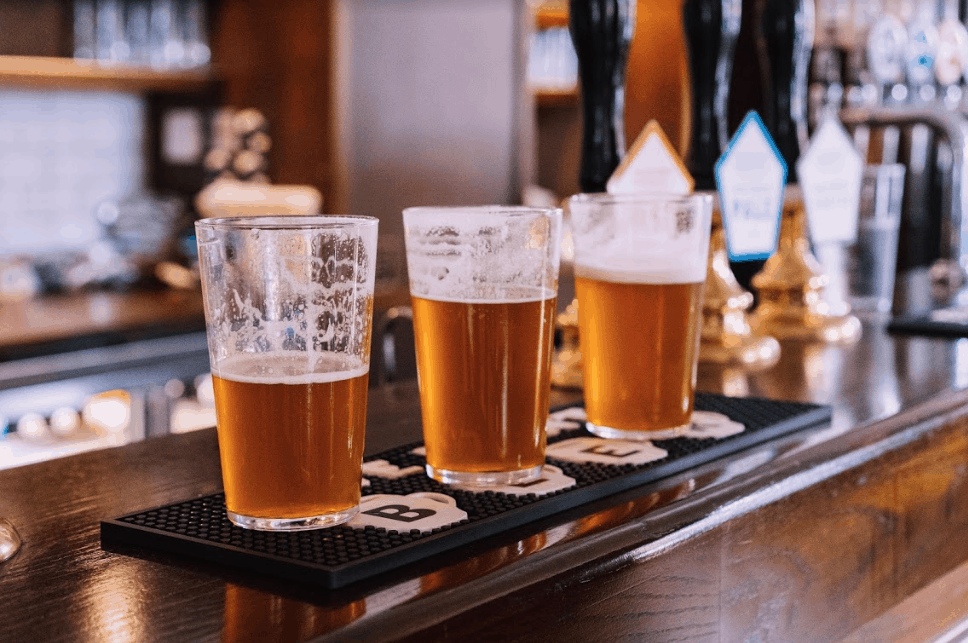 Following the success of last year’s festival, historic East London boozer The Pembury Tavern in Hackney will once again be celebrating green hopped beers this week. Only available at this time of year during harvest season, green hop beers use the fresh, undried and unprocessed hops picked from the bines of the hop fields. Straight from field to brew in a matter of hours, it’s the ultimate seasonal beer.

As well as showcasing green hopped beers from brewers across the country, including The Kernel and Ramsgate Brewery, The Pembury Tavern will also launch this year’s Green Hop Series from The Five Points Brewing Company. And after all that booze you’ll be in need of some of their delicious pizza to mop it up. 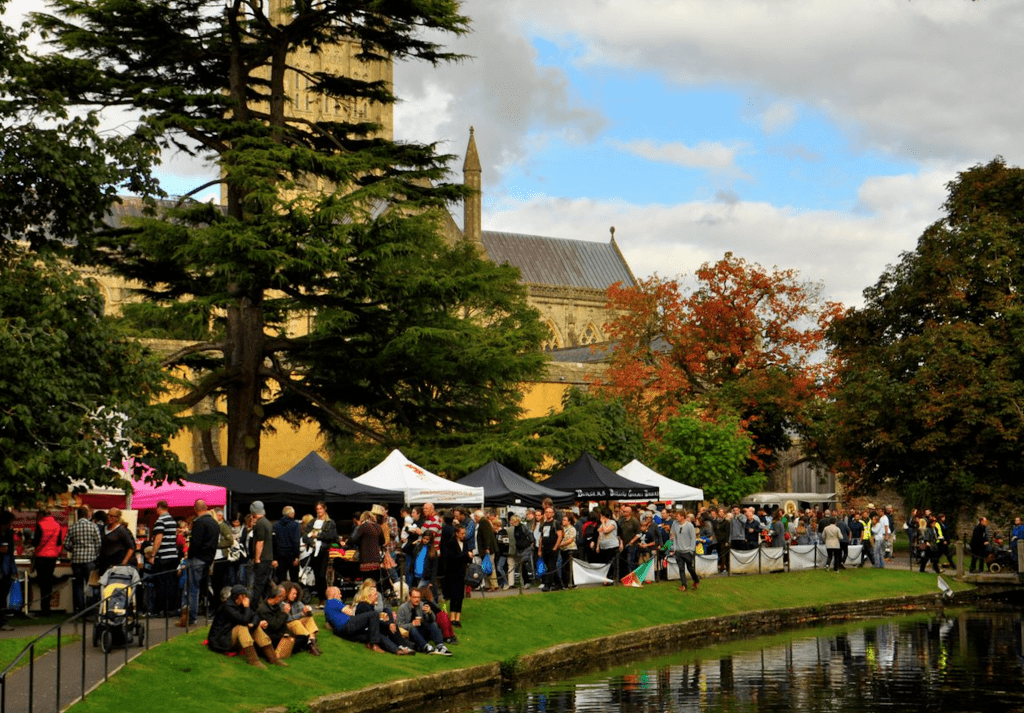 Wells, England’s smallest city may be petite, but the surrounding Somerset area is filled with the finest farm produce, so there’s likely to be some big appetites about. Which is exactly what visitors to Wells Food Festival will need with over 150 artisan producers and street food stalls on hand serving up some top grub.

From chilli jams and cheese to fermented food and fudge there’s something for everyone here. And with it being this neck of the woods you won’t need to take too many steps to find some sublime cider. 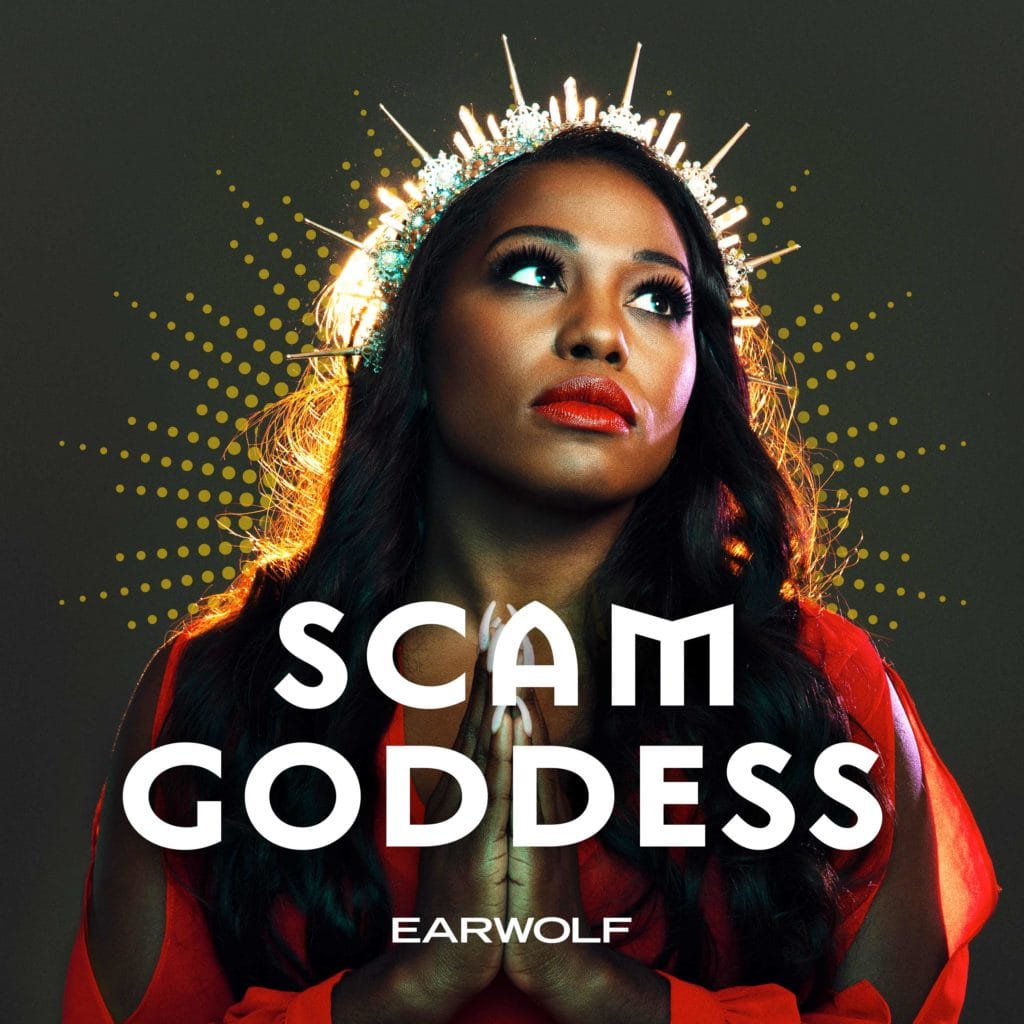 In a twist on the saturated true crime genre, this new podcast sees Laci Mosley (aka Scam Goddess) break down some of the world’s oldest and most popular scams (ie non-murder crime) in lighthearted fashion with special guests, who are usually comedians.

Together they cover their own personal scams, and cast the net wider looking at a muti-million dollar McDonalds Monopoly scheme, a historic hoodwink, and plenty more stories of outrageous fraud. 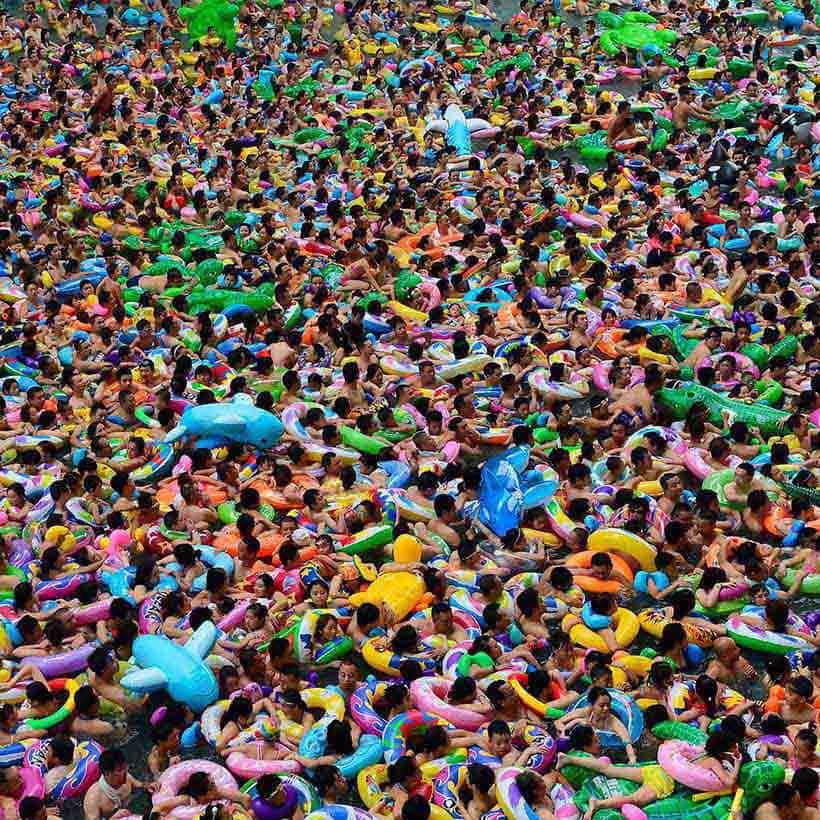 It’s eighth album time for Guy Garvey’s Elbow and you won’t be surprised to hear that the festival stalwarts are as consistently brilliant as ever. The major difference here is a shift in tone. Truly uplifting tracks from previous times like ‘One Day Like This’, have been sidelined, replaced by a slightly angrier vibe, signalled with ‘White Noise White Heat’ which Guy wrote in the wake of the Grenfell Tower disaster.

It’s certainly an album that echoes the bleak times in which we reside. Garvey describes the LP as, “an angry, old blue lament which finds its salvation in family, friends, the band and new life.” Listen to the brilliant single ‘Empires’ HERE. 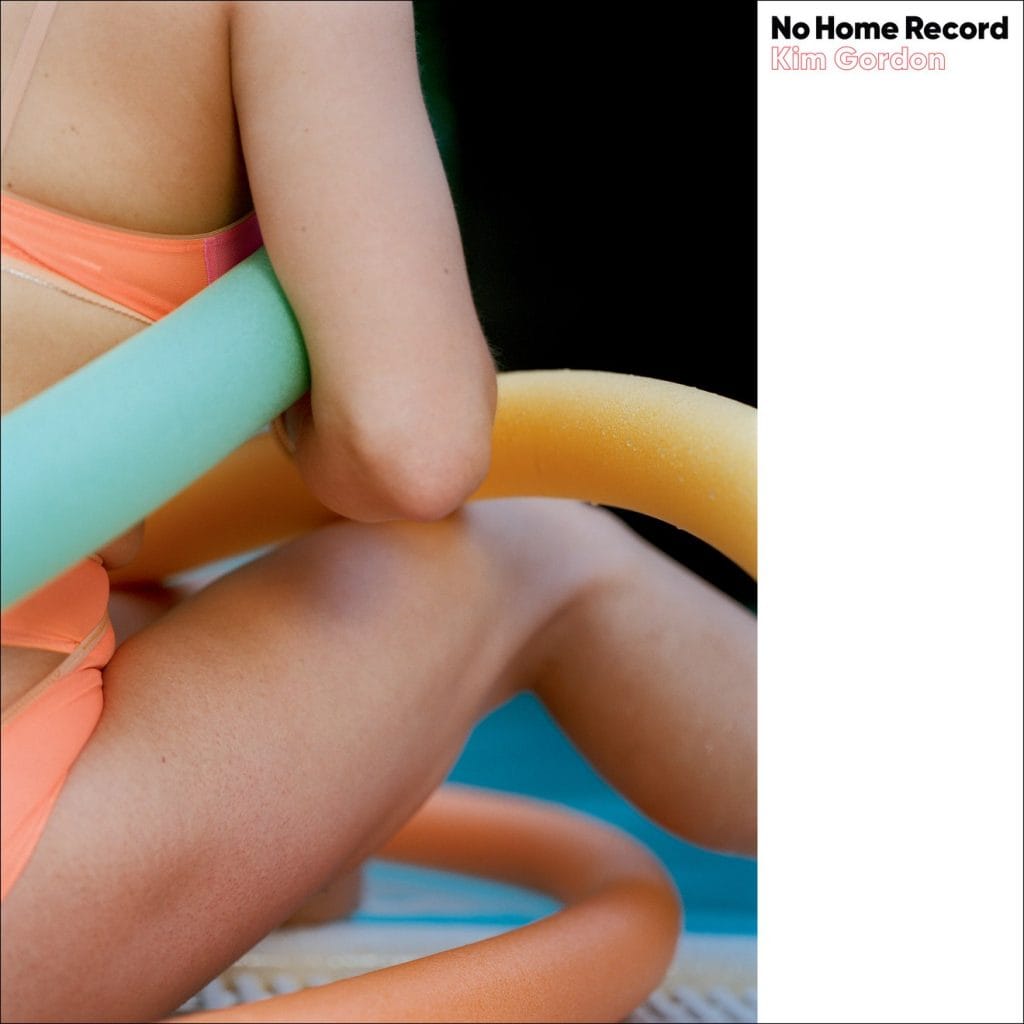 Following Sonic Youth splitting in 2011 after her messy divorce from hubby and the band’s frontman Thurston Moore, all-round musical icon Kim Gordon is now about to release her very first solo album. And fans of the group’s sonic artistry won’t be disappointed here.

There’s off-kilter trip-hoppy beats, poetry and screeching guitars, with tracks ‘Murdered Out’ and ‘Air BnB’ hitting home particularly hard. Gordon may be 66, but she can still rock with the best of them.

Why We Hate (Discovery Channel, 13th) 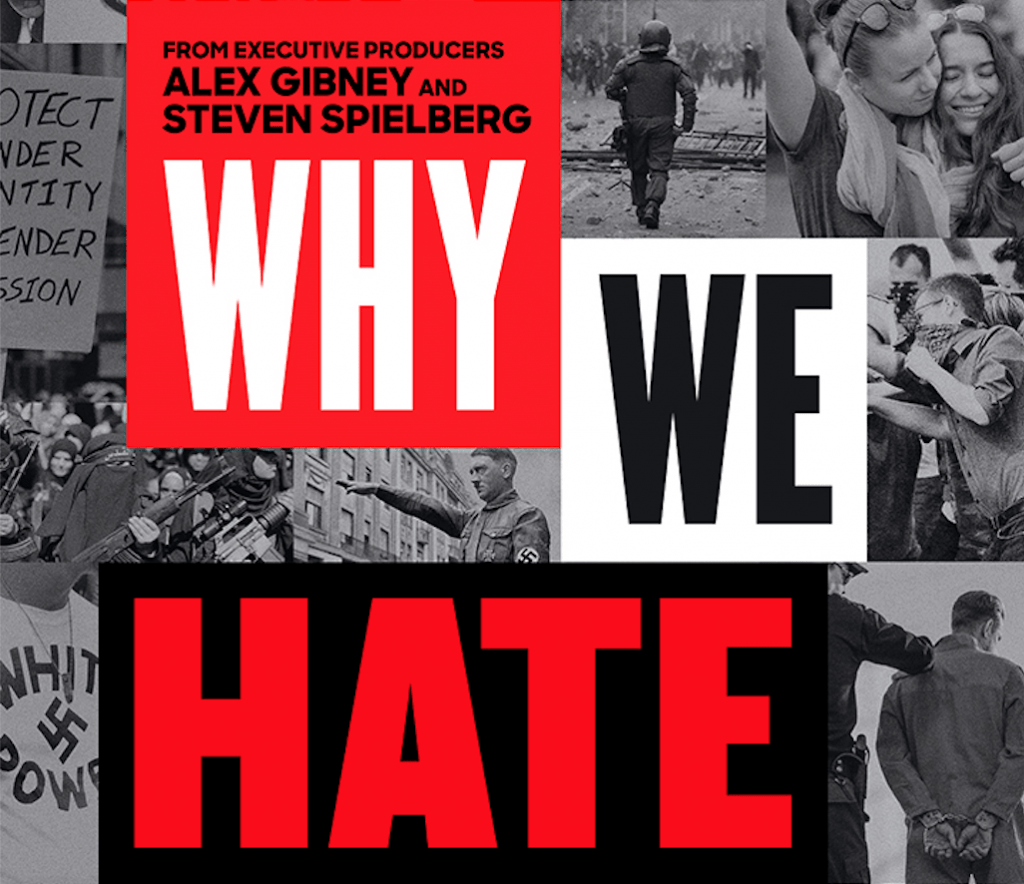 Documentarian Alex Gibney and filmmaking legend Steven Spielberg produce this fascinating new six-part show on the Discovery Channel that explores one of humanity’s most primal and destructive emotions – hate. It’s a pertinent time to put a magnifying glass on the subject with the rise of far-right groups and other nefarious hateful organisations on the rise across the world.

Speaking about the show Spielberg told Variety, “If we understand why we act the way we do, we can change the way we act. That is what we are uniquely capable of as human beings.” Fingers crossed people take note.

This week sees the first four auditions episodes drop with the following weeks seeing the contenders whittled down to a worthy winner. The show also features an all-star cast of guests which includes Snoop Dog and DJ Khaled.

The Day Shall Come (Cinemas, 11th)

It’s been nine years since Today’s the Day legend Chris Morris brought us hilarity from homegrown jihadis in Four Lions and now the writer and director, inspired by real events, is taking on the ineptitude of FBI operatives.

In particular here, Agent Kendra Glac (Anna Kendrick), who’s attempting to create and prevent terror attacks in order to give the impression the good guys have saved the day. She targets an impoverished preacher who brings hope to the Miami projects in the hope of manipulating him into a criminal by fueling his revolutionary dreams.

Breaking Bad fans rejoice as Netflix are delivering us a new slice of the show’s universe with this new movie written and directed by creator Vince Gilligan. This nail-biting thriller sees Aaron Paul return to the role of Jesse and follows the events after BB’s finale, post his escape from captivity, with Jesse on the run, having to come to terms with his past in order to make a future for himself. We cannot wait.

Ang Lee directs this innovative action-thriller that stars Will Smith as Henry Brogan, an elite assassin, who is suddenly targeted and pursued by a mysterious young operative that can seemingly predict his every move. It turns out the man trying to bump him off is actually a cloned version of himself, who’s younger and faster! Mary Elizabeth Winstead, Clive Owen and Benedict Wong also star. 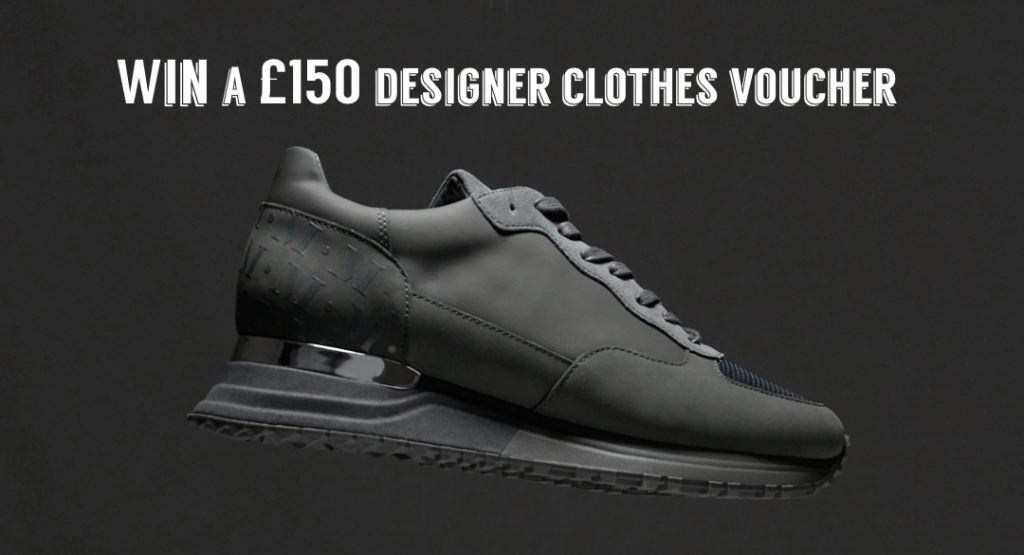 WIN a £150 e-wallet to spend on designer clothing with Psyche!

We’re giving you lot the chance to win a £150 e-wallet to spend on clothing and accessories at award-winning designer retailer Psyche — just in time to refresh your wardrobe for Autumn!

The brand stocks a huge range of designer clothing and accessories from hundreds of top labels, including Kenzo, Hugo BOSS, Barbour and Paul Smith. So, whether you’re after a new coat to see you through the winter in style, or want to update your weekend wardrobe with some designer trainers, they’re sure to have just what you’re after.

To learn more about Psyche, and to check out their full collection of designer clothing, visit: https://psyche.co.uk/