Breathing Your Way to a Healthier Mind

Today marks the start of Mental Health Awareness Week with the focus very much on the role stress plays in our increasingly disjointed and fast paced lifestyles. Research has suggested that up to two thirds of the population will suffer a mental health problem at some stage in their life and at the heart of the issue is the overwhelming pressure of our day-to-day responsibilities.

Men in particular have suffered silently for too long and with the shocking statistics relating to male suicide, it being the leading cause of death to men under 50, there has never been a more pertinent time to take preventative action.

As per information released by the Office for National Statistics in December 2017, of the 5,965 suicides recorded in 2016, 4,508 were male and further information relates that in particular, it is men in their 30s, 40s and 50s, from lower socio-economic groups. In fact suicide accounts for more deaths than road traffic accidents, particularly in people under the age of 35.

It is vital that more is done to not only raise awareness but also put in motion a thorough methodology by which we as a nation can begin to change these worrying statistics. One group actively looking to break down the barriers and tackle this taboo subject are The Lions Barber Collective. A charitable organisation set up by a group of internationally renowned Barbers who have come together with one goal to help raise awareness for the prevention of suicide. Their aim is to get more and more men talking about their feelings in order to help overcome the traditional stigma of speaking about mental health issues and suicide. 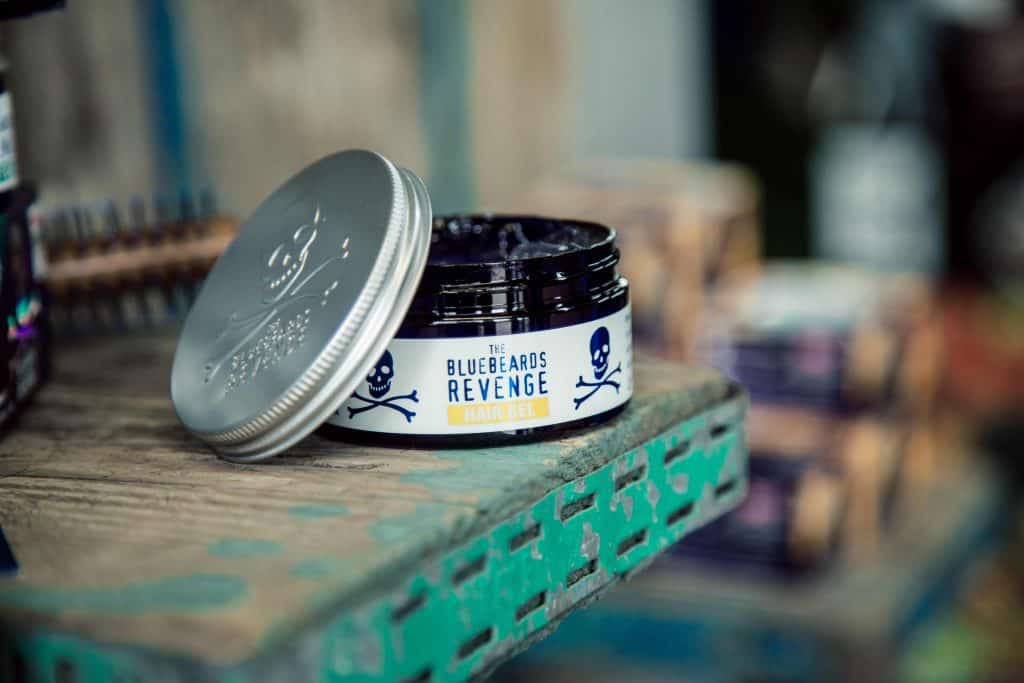 “The inside of our cartons have been branded with life-saving information from The Lions Barber Collective and world-renowned suicide prevention charity Samaritans. Upon opening the carton, men are presented with the vital information they need to actively improve their mental health: whether that’s how to become an official member of The Lions Barber Collective, or where to find the right support to help them improve their lives and fight back against the stigma that surrounds mental ill health in men.” 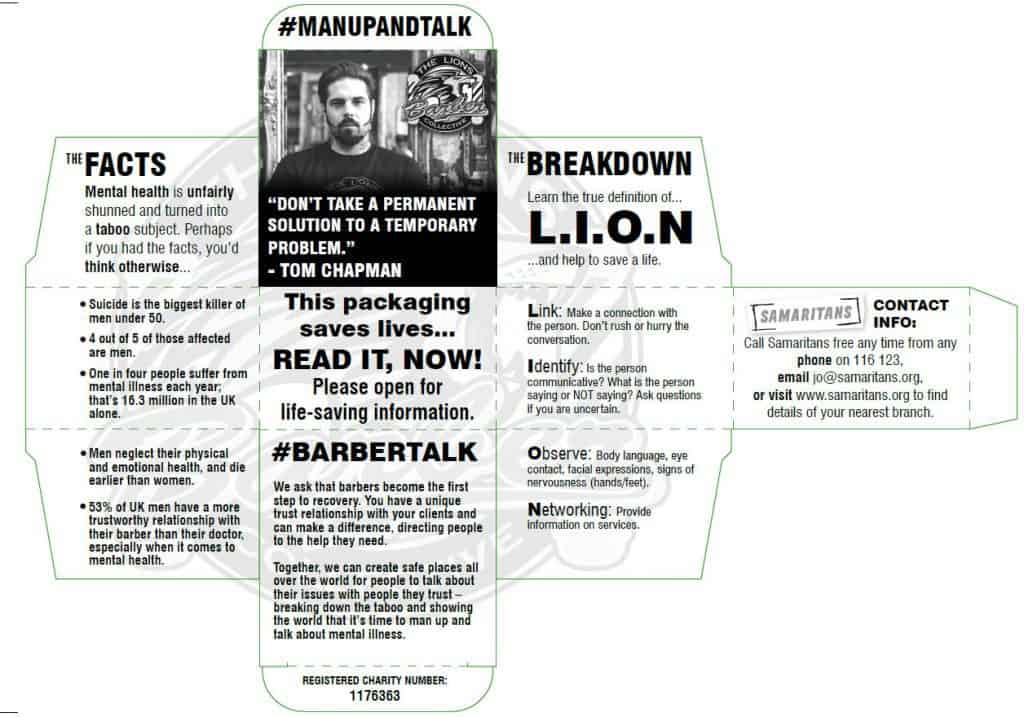 On the product itself founder of The Lions Barber Collective and award-winning hairstylist Tom Chapman who himself was heavily involved in the development of the product said,

“Collaborating with our friends at The Bluebeards Revenge in any way is a privilege. But to have the chance to develop a product that actively helps to support our work, while educating men in the styling possibilities that hair gels provide, is phenomenal.”

Mental Health Awareness Week is the perfect time to open about any issues that you’re struggling with in your life or to become more educated on spotting the signs in others so you can help them. There’s plenty of wonderful charities working on the front line. Getting your hands on some stylish hair gel is one way to support this cause, but there’s lots of ways to get involved so you too can raise awareness. You’ll find lots of information in the links below.

For anyone effected by any of these issues you can find support and help at www.samaritans.org and www.mind.org.uk

For more about The Lions Barber Collective visit them HERE. And to buy The Bluebeards Revenge Hair Gel click HERE