Ah the great British boozer, with a history dating back over 2,000 years when the invading Roman army set up taberna’s to quench their thirsty troops, it’s little wonder that with such a storied history many establishments have experienced activity of the paranormal kind.

Yes, spooky sightings and ancient drinking holes go hand in hand, from ghostly apparitions by the fireplace to demonic figures roaming the cellar, tales of sinister spectres lurking in the shadows are as common as a pint of brown ale in these fair isles.

And for us here at The MALESTROM our favourite new pastime might just have to be a night out in one of the many haunted pubs lurking in the historical towns and villages of this green and pleasant land. Here’s our guide to the most haunted pubs in the UK…

Sitting high up in the midst of the rugged land of Bodmin Moor is the dark destination of Jamaica Inn. Built as a coaching inn in 1750, the building was notorious for its association with smuggling and became famous in later years as the setting for Daphne du Maurier’s 1936 novel Jamaica Inn.

If the place wasn’t bad enough with smugglers knocking about and in more recent years sightings of a very large wild cat, or rather the beast of Bodmin Moor, the inn is chiefly known for the spooky goings-on there.

Ghosts here include an evil highwayman who sports a three-cornered hat, known to wander through locked doors. Then there’s the murdered young smuggler who paces around the courtyard in the middle of the night and a disturbed young mother with her child who inhabits the mirror in room five, yes we said mirror. You probably won’t be styling your hair looking into that. 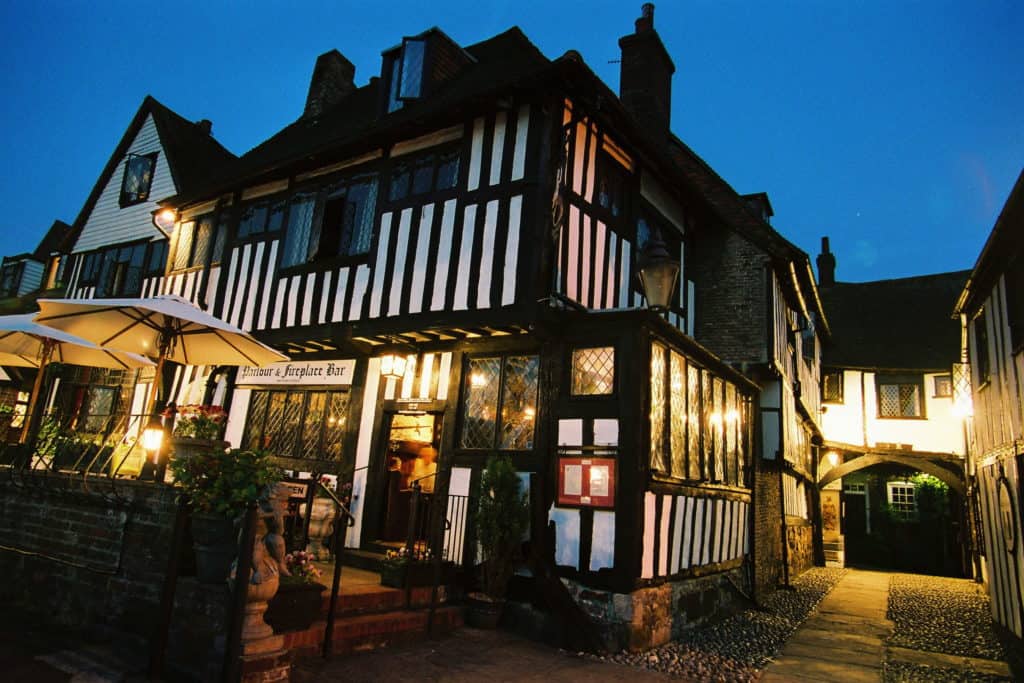 The Mermaid in has some age to it, parts of the pub, such as medieval cellars date back to 1170. The inn as it is now was rebuilt after being burned down in the great French raid in 1340. Between 1730 & 1740 the inn was used by the Hawkhurst smugglers gang, notorious for their ruthlessness.

Some of the dead smugglers are said to haunt The Mermaid, and it seems they’re far from the only ones. From accounts, there are at least two ladies in white roam the inn, in room one a lady sits in the chair by the fireplace.

Room 16 was host to a duel one evening, with one of the participants being killed, you can guess the rest. In another room, an old man in dated attire has been seen by visitors sitting on the end of the bed and another man walks through the bathroom wall in ‘The Fleur de Lys’ room.

The pub even has an ‘unlucky’ chair in the dining room, carved to look like the devil. The chair from the 17th century apparently used to belong to a witches’ coven and is cursed! Just the place for a relaxing break. 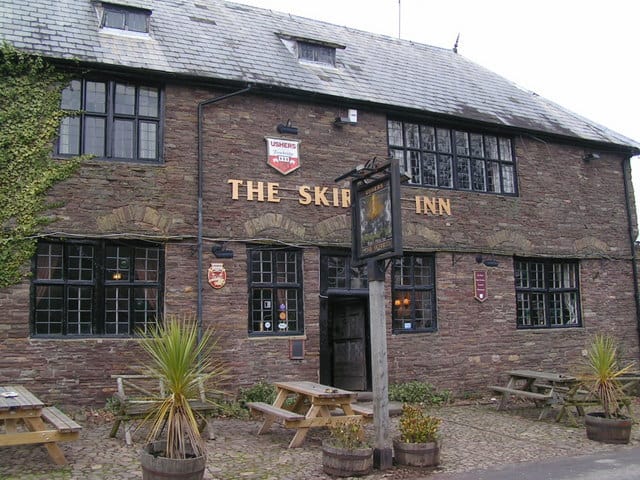 The Skirrid Mountain Inn in the county of Monmouthshire is the oldest and likely the most haunted pubs in Wales, and as ever with these more aged establishments, it comes with plenty of ghostly tales.

There are your usual stories of objects flying around and strange noises, but the really spooky thing about this place is that prisoners were treated to a nice overnight stay here… which turned out to be their last, as the first floor of the inn doubled as a Courtroom and place of execution. Around 180 people are said to have been hung here from an oak beam over the staircase, where markings of the rope can still be seen.

Past pub visitors have reported feeling a noose tightening around their neck in the place those were killed. The block where lifeless bodies were laid can still be seen today. Customers have reported sighting the Hanging Judge, who walks the upper floors of the inn looking for people to condemn to death.

Other spooks include John Crowther, a sheep rustler, sentenced to death there has been seen in the property. A white lady who haunts the patch and the friendly spirit of Father Henry Vaughn, a local clergyman. 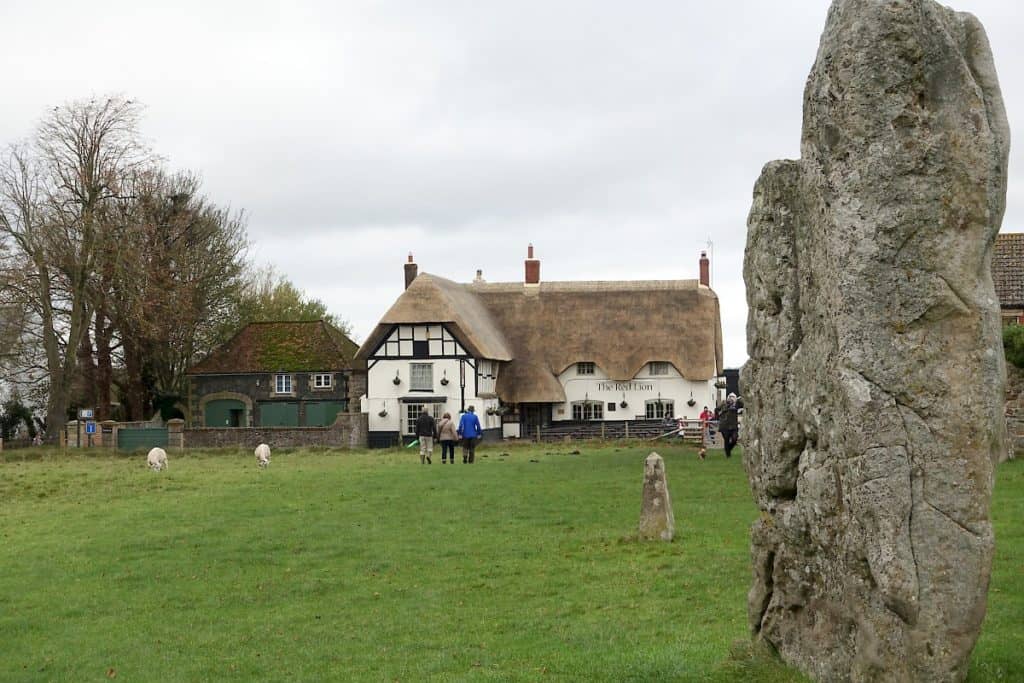 One of the most interesting things about the Red Lion Inn in Avebury is that it’s completely surrounded by an ancient stone circle. It was built in the 1600s, trading as a coaching inn since 1802, and over the years there have been hundreds of ghostly accounts.

The pub’s most famous ghost is Florrie. During the English Civil War, Florrie’s husband returned home to find her in the arms of another man and promptly slit her throat and threw her down a well (still found by the pub). She has haunted the pub since her death and is said to have a penchant for men with beards. Hipsters beware!

Then there’s the ghost of two children said to haunt the Avenue bedroom, they’re also joined by their mother who sits writing at a table, ignoring their cries. Lastly, a phantom carriage, drawn by ghostly horses, is said to clatter across the cobbled courtyard when a close relative of the current landlord of the inn is about to die. Spooky! 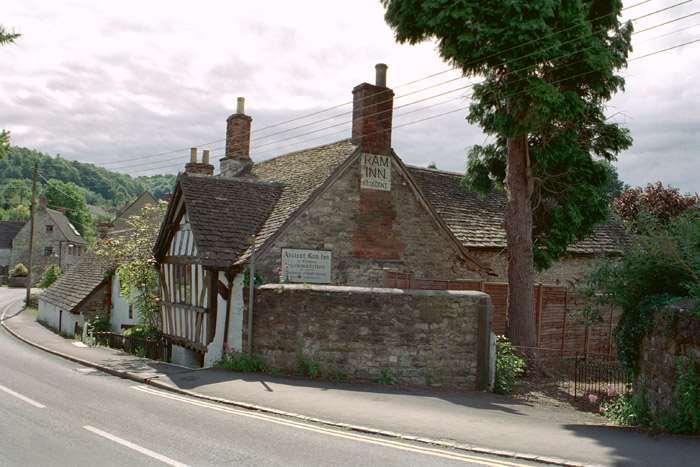 Renowned the world over as one of the most haunted pubs going The Ram Inn has plenty of tales to tell from inside its old warped walls. Built in 1145 the inn is a former priest’s residence, used as a keeping house for slaves and workers who helped construct the St. Mary Church which owned the inn.

The land where the inn is built is on the intersection of two Ley Lines, which are said to be powerful sources of spiritual energy. The energy is thought to feed the dark forces that reside within the building. Of those is a witch said to have been burned at the stake in the 1500s who resides in “The Witches Room” where she stayed before being killed.

A previous landlord talked about one demonic force that grabbed him by the arm and dragged him across his bedroom on the first night he stayed there, notice the word ‘previous’. He found evidence of satanism and child sacrifice with skeletal remains of children under the inn’s staircase.

Other reported ghosts include a rather unpleasant monk who haunts the room named “The Bishop’s Inn”, a Centurian who can pass through walls and a demonic presence that likes to join guests in their beds. With an ancient Pagan burial ground residing in the location over 5,000 years ago, its little wonder so much strange activity has been reported here. 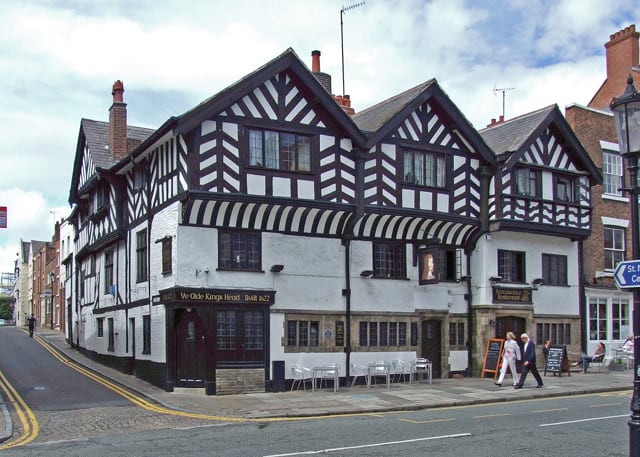 The Ye Olde Kings Head was built back in 1622, on foundations dating back to the early 1200’s. Steeped in history the building is even made up of timber recovered from one of Admiral Lord Nelsons sunken ships. Among the most haunted inns in the country, the pub is said to have an unlucky 13 resident spirits.

One particular ghoul is said to be a ghostly child that haunts the building, and many visitors have reported seeing a phantom figure wandering around in search of something.

Poltergeist activity has also been reported in the building with knives being launched at chefs. A little tip, if you want a quiet night don’t book rooms four or six, they’re meant to get a bit lively when darkness falls with a man in black reported to stand watching you as you (try and) sleep. 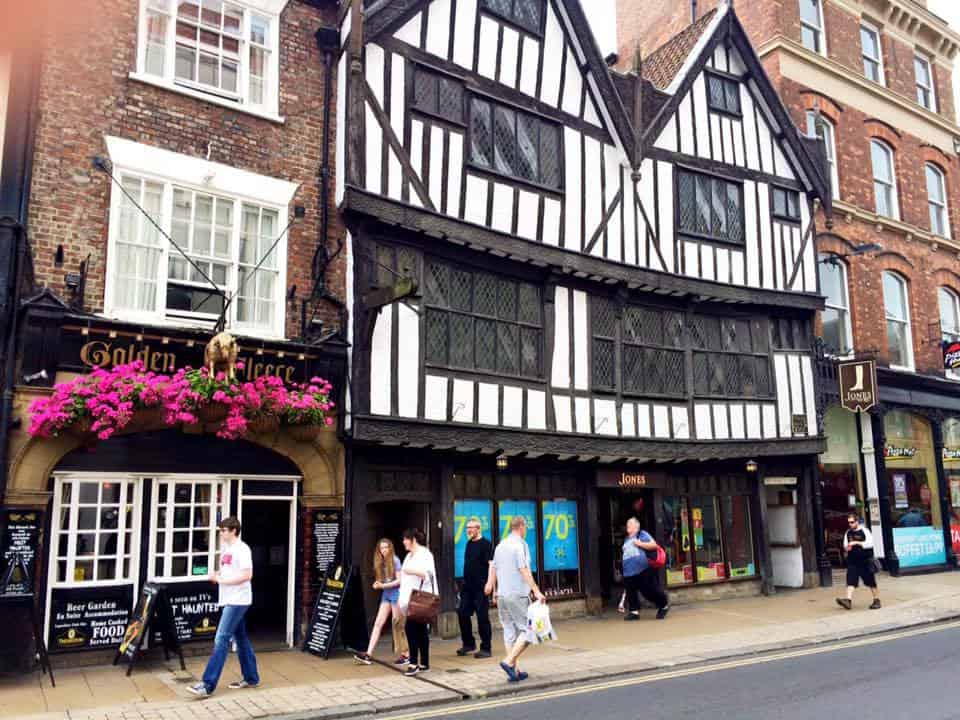 Dating back to 1503 The Golden Fleece in York has plenty of history and also plenty of ghosts. There are thought to be fifteen spectres that hang about this public house and hotel. Top billing goes to Lady Alice Peckett, wife of John Peckett, who used to be the mayor of York and former owner of the Fleece.

Guests have reported seeing Lady P wandering around the corridors, moving furniture around and walking up and down staircases in the wee hours. Another of the ghosts is a Canadian airman who fell to his death from one of the upper windows of the hotel in 1945.

Visitors to room four of the hotel have seen him there dressed in full uniform. Other ghosts include One-Eyed Jack, a man often seen wearing a 17th-century red coat, carrying a pistol, in the bottom bar of the pub. There’s also a grumpy old man who joins him (it sounds a bit like our local).

A more tragic figure is a young boy from the Victorian era who was trampled to death by horses who is regularly seen in the top bar. Roman soldiers have also been seen in the cellar of the hotel, which is where dead criminals used to be stored as a temporary measure until their relatives came to identify them.