Meet the Band: The Trials of Cato

So we come to end of what’s regarded as the most depressing month of the year, with painful words like Dry January soon to be a distant memory. Why not celebrate that end to abstinence by heading down to some of the great events going on in and around the UK this week. From a couple of great exhibitions to a late-night hanging out with dinosaurs and even a weekender of Beethoven music. Strap yourselves in, it’s The Weekly EDIT.

If you can’t wait for the forthcoming fourth and (sheds tear) probably final series of Stranger Things, then a different way to get a fix of the show is to head down to the latest offering from Secret Cinema. They’ve created an immersive Hawkins like world for visitors to experience, where dressed in full 80s garb you can wander around meeting some very familiar looking faces with secrets emerging through the night building to an immense climax.

The Refuge Manchester are hosting this new exhibition in collaboration with British Culture Archive to kick start their cultural programming in 2020. The People’s City showcases the everyday life of close-knit towns and communities – taking inspiration from music, fashion, politics and everything in-between. It also captures what made Britain one of the world’s most culturally diverse countries from the 1960s onwards with exclusive images from photographers like Peter Walsh, Richard Davis and Rob Bremner. It’s a show of all things fungus in this new exhibition at Somerset House. Work from over 40 artists and musicians will celebrate all aspects of mushrooms, inspired by their practical uses and spiritual and psychedelic possibilities as well as the fact shrooms are such strange, yet amazing otherworldly things. 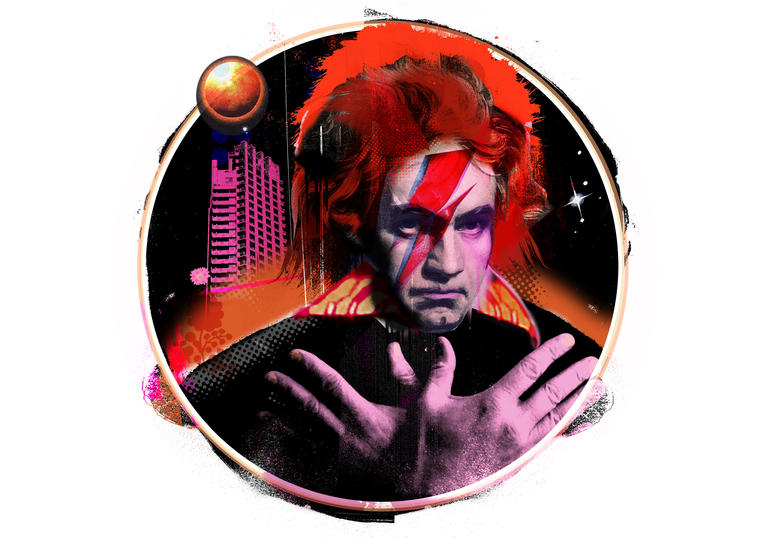 With 2020 marking the 250th birthday of Ludwig van Beethoven, what better way to celebrate the milestone than this weekender at Barbican. It’s a two-day exploration of the many sides of the great composer, with highlights including performances of all nine of his symphonies in 6 concerts across the weekend, each of them introduced by John Suchet. Actor and Beethoven aficionado Simon Callow reading extracts from Beethoven’s intensely passionate letters, and violinist Daniel Sepec playing Beethoven’s own violin. 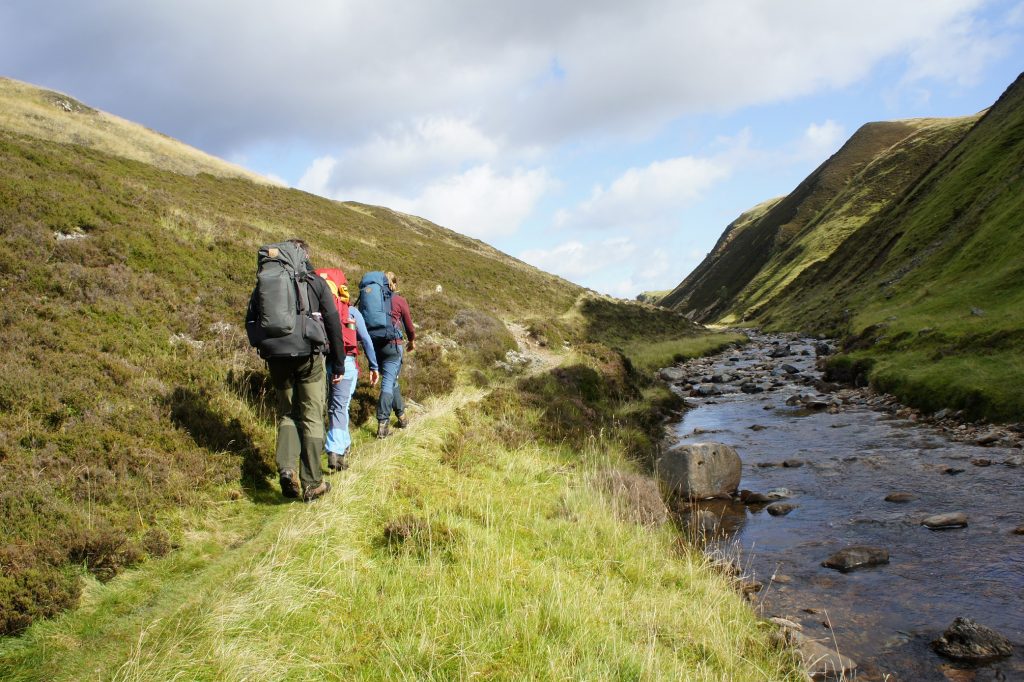 Here at The MALESTROM we’re not in the habit of getting too far ahead of ourselves, but as this event involves a combo of one of our fave outdoor brands and pursuits, we thought we’d give you an early heads up. The first-ever Fjallraven Classic UK is heading to Scotland’s gorgeous, Cairngorms National Park, for a gathering of outdoor enthusiasts. The event’s 60km trekking route through dense woodlands and iconic mountains gives participants the chance to live simply, walking at your own pace and reconnecting with nature. And for anyone in need of a helping hand, experts will be dotted along the route to aid with advice and food. Tickets are on sale now.

Learn about the element of surprise in genius director Stanley Kubrick’s films, in a free lecture this week, where you’ll also find a small exhibition of objects from Dr. Strangelove to 2001: A Space Odyssey and Eyes Wide Shut London. Expert Carl Grinter talks about the film design, production and reception of Kubrick’s vast back catalogue of work. 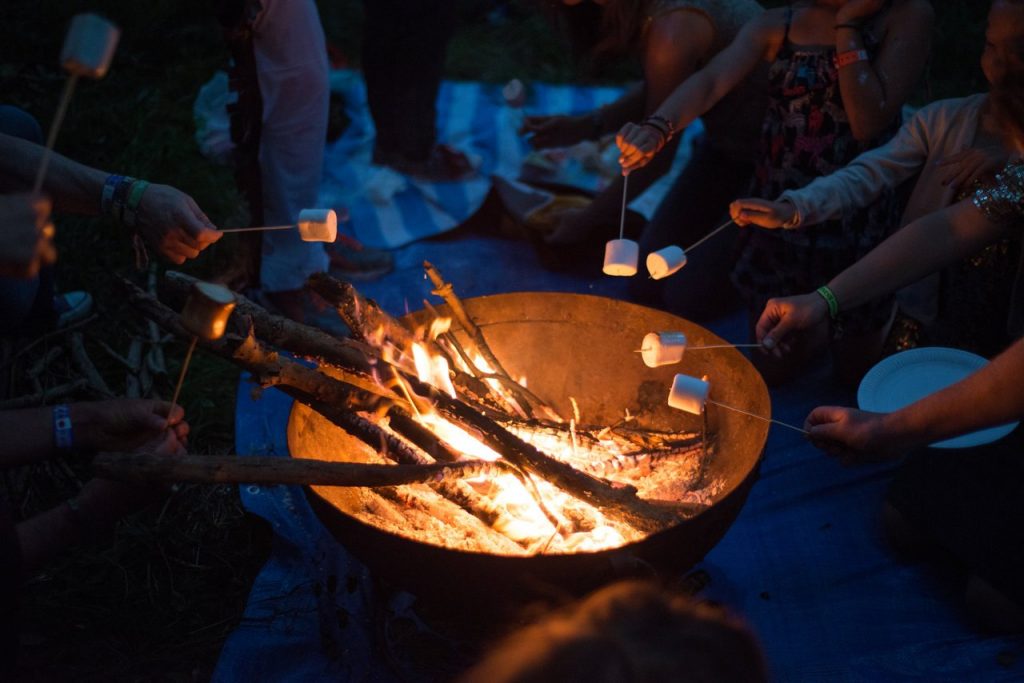 The rather lovely Round Chapel in Hackney is hosting a night of screenings, showing 6 of the very best short adventure films going such as Icelandic surf movie The Accord. As well as watching the films, visitors will be able to enjoy campfires and free marshmallows outside the chapel and keep warm with a couple of Talisker whisky hot toddies and hot meat, vege & vegan food to buy. 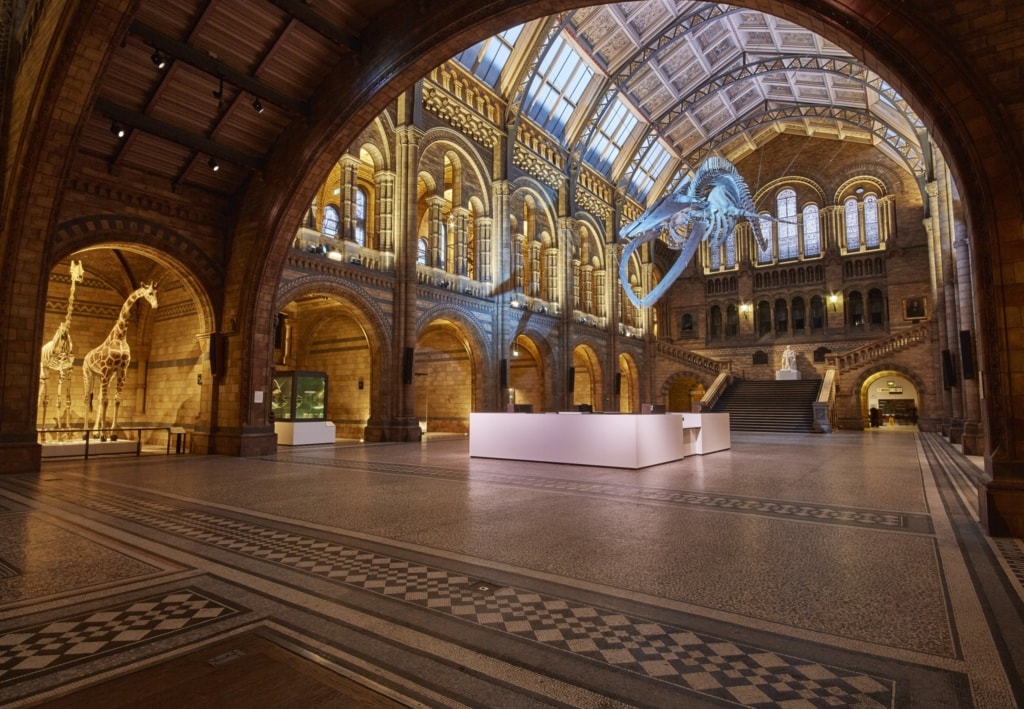 There’s a late-night special this Friday at the Natural History Museum, with the theme being the ever-popular dinosaurs. At this free event you can chat with top scientists about how dinosaurs lived and find out about the creature research going on at the museum. Aside from this, there will be activities, science demos and most importantly a bar. Over 50 traders will be on hand at this Central London fair, where you can restock your wardrobe with a choice from vintage stock spanning over 100 years of fashion from the Victorian era through to the 1990s. Here you’ll find a treasure trove of clothes, jewellery and accessories with one-off special pieces and designer labels for much less. We all know Mike Skinner as the man behind the musical phenomenon of The Streets. Having now retired the moniker of The Streets, the only way to catch the man himself is during one of his rare genre-bending DJ sets. And his show in Margate will be well worth catching, with an eclectic selection of tunes being spun from screwed down house to old skool hip hop via drum and bass bangers, peppered with his own refixes and classic tracks. The no-nonsense country star turned the genre on its head with his recent fourth album, Sound & Fury. A major departure for the Kentucky native, although still retaining his distinctive vocal twang, we got a hard rock sound mixed with electronica and even an accompanying Netflix anime film. Simpson will definitely be worth catching live when he pitches up in Kentish Town on Tuesday with other dates in Manchester and Glasgow this week, and at each of which he’ll be ably supported by MALESTROM interviewee Tyler Childers. This nighttime Caribbean food market in Brixton should bring some much needed good vibes this Thursday. From 5 to 11 pm, seven chefs will be cooking up some of the best Caribbean flavours from old and new. Expect smokey jerk meals, vegan options and selections of tasty island dishes from some of the best chefs around town. DJs will be on hand all evening, spinning tunes from reggae to Soca. There’s a massive celebration of Veganuary, this Thursday encouraging people to go vegan beyond the month of January. Vegan Nights is the destination to socialize and explore the best in plant-based snackery with a great food selection. And once you’ve had your fill of the food you can party down to a selection of DJs playing the very best in reggae, roots, bashment, grime, house and party classics. This Expo at London’s Olympia will see 12,000 visitors enjoying 150 stalls where they will get vegan offerings and 100 expert talks about fitness, sustainable living, and a plant-based lifestyle. Speakers at the Expo include vegan strongman Patrik Baboumian, who starred in Netflix documentary The Gamechangers. There will also be cookery theatres and tasting areas so you can try out the best in food and drink. 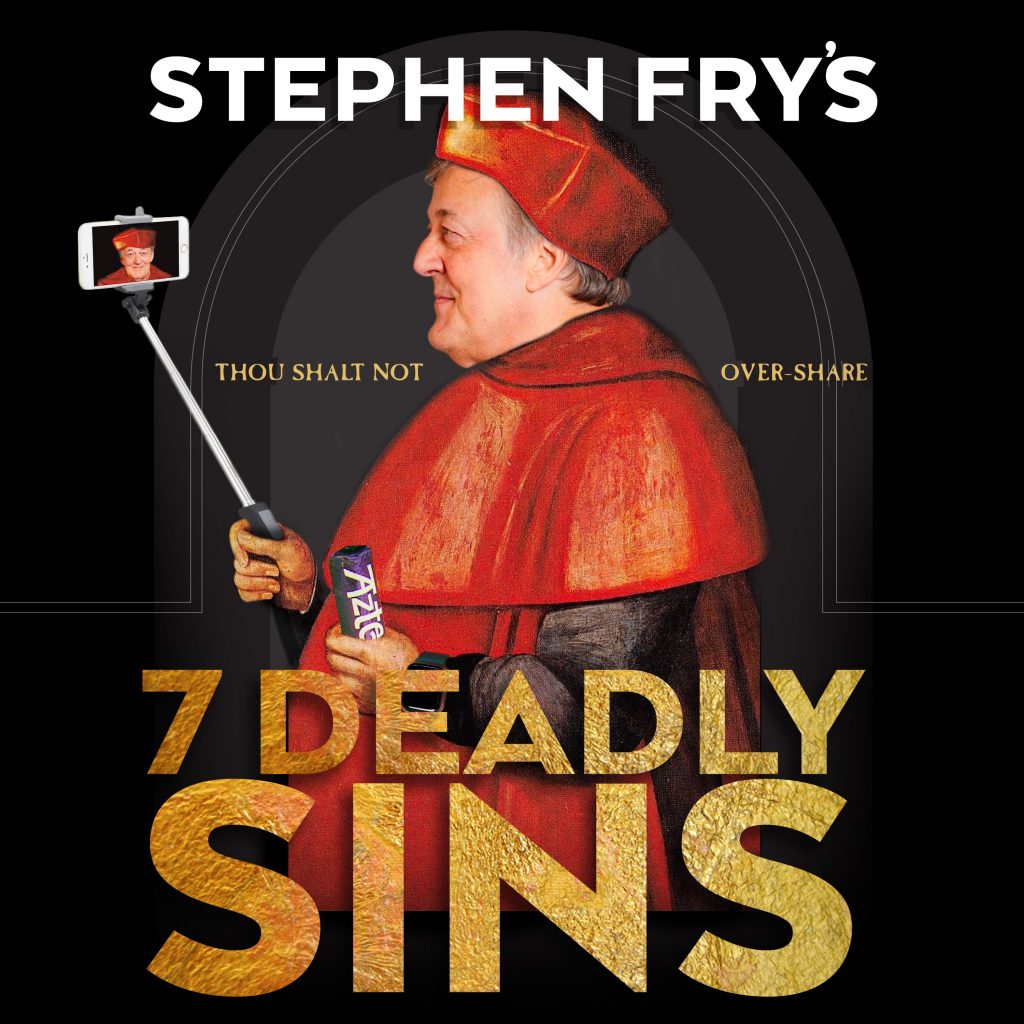 Steven Fry’s new podcast promises to “poke, prod, pry and provoke” at each one of the Seven Sins in an attempt to understand them better. As you’d expect with Fry’s work it’s fun and fascinating with the Brit proving once again he’s a great storyteller. The first sin he lays bare is Pride, which from the content of this cast looks like it may well be in for a fall. Ben Watt has been making great music across four decades now, from his early folky solo work with Robert Wyatt, to his time as co-lyricist in the best-selling Everything But the Girl with Tracey Thorn. This fourth solo LP is sonically adventurous and lyrically detailed. Storm Damage acts as a personal journey through Watt’s anxiety, personal anguish and political anger and is well worth spending some time with.

Squarepusher – Be Up A Hello (Warp Records, 31st) After a 5 year hiatus, genre-spanning British electronic musician is back with his long awaited album Be Up A Hello. Unsurprisingly, given the producer’s past form, this record breaks rules and pushes boundaries, he manages to make seriously complex music that doesn’t disappoint. Listen to the recent single ‘Nervelevers‘ and prepare to have your brain melted with its skittish beats and rumbling bass.

So this is it. It’s all over. The final part of the final series of Netflix’s smash hit series Bojack Horseman arrives on Friday. It’s been quite a ride for anyone following the ups and downs (mainly downs) of this alcoholic TV star horse. Here we find BoJack settled in his new life teaching acting at Wesleyan University, but when a reporter starts digging into the circumstances surrounding Sarah Lynn’s death, his life is again thrust into chaos.

Larry David makes his return to our screens for Season 10 of Curb Your Enthusiasm, three years on from the last series where we saw his Salman Rushdie musical Fatwa! get torn to pieces. You can expect all the usual antics and mishaps along with a returning cast of characters including Cheryl Hines, Ted Danson, Jeff Garlin and Richard Lewis and the welcome celebrity cameo of Jon Hamm.

This powerful love story sees a couple (Daniel Kaluuya & Jodie Turner-Smith) on a forgettable date who are pulled over by police for a traffic infringement. The situation quickly escalates, with sudden and tragic results, when the man kills the police officer in self-defense. Terrified the pair are forced to go on the run, with the couple unwittingly become a symbol of trauma, terror, grief and pain for people across the country.

This psychological horror helmed by the director of The Witch, Robert Eggers, got deserved stellar reviews at Cannes last year marking the movie out as a genuine must-see. The plot sees two lighthouse keepers, played by Robert Pattinson and Willem Dafoe, drink and talk and slowly go mad in the solitude of a lighthouse that clearly possesses some dark secrets. It’s all filmed in black and white with a script that sticks directly to the period it’s set in, oh and it’s overbearingly creepy and packed full of dread. Be afraid, be very afraid. 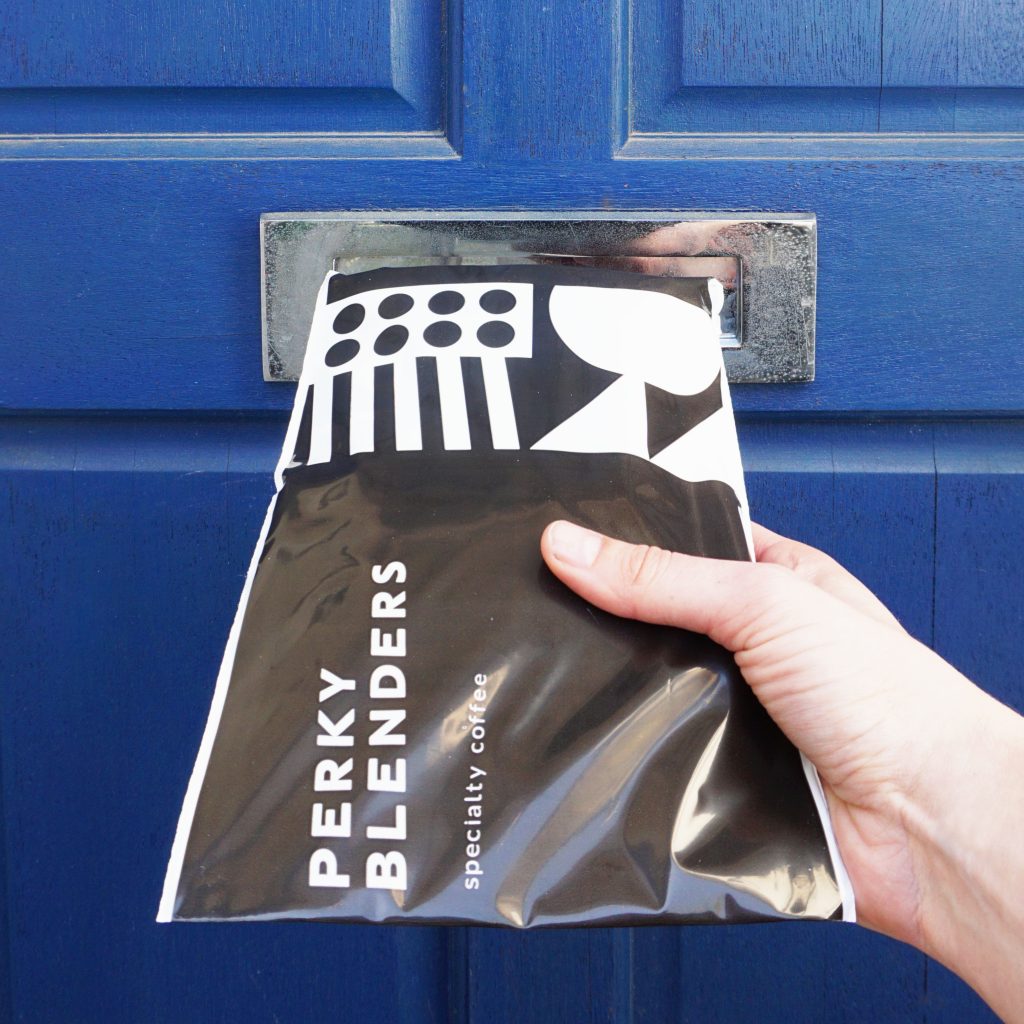 WIN a 6-month subscription to the Perky Blenders coffee club and an Aeropress Gift set!

We’ve teamed up with our friends over at Perky Blenders to offer this great prize for coffee lovers that includes an Aeropress Gift Set including specialty coffee + a 6-month subscription to their Blend of the Month service, where you’ll receive a different blend every month for 6 months.

Perky Blenders is everyone’s favourite, family-friendly coffee roaster. Thanks to their all-encompassing online shop you can find a brilliant range of brew methods, cleverly curated coffee and simple to use gift subscriptions.

Delivered locally by bicycle or by post anywhere in the world; for you, a loved one or your office. All their packaging is excellently eco so you’re safe in the knowledge that you’re doing your bit for the planet.

To find out more about Perky Blenders visit their website: https://perkyblenders.com/