With the World Cup just a distant memory and as another weekend comes hurtling into view, many of you might be left wondering where the hell this year has gone? Well dust yourself down, there’s no time to ponder and for those that aren’t lucky enough to be North of the border watching some stunning links Golf at Carnoustie, fear not, there is as you’ll have no doubt now become accustomed, a ton of stuff going on across the land over the next few days. It’s The Weekend EDIT…

Rift Theatre Present: A Night at the Circus 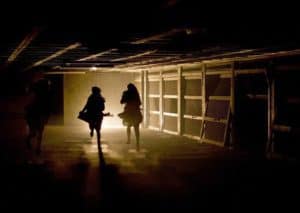 The dilapidated underground vaults of the Grade II listed Alexandra Palace have been reimagined for a brand new event taking place this summer. Brought to you by theatre impresarios RIFT in partnership with the fabulous Kaleidoscope Festival, the dungeon-like hallways will play host to an immersive experience that is sure to be a jaw-dropping adventure. Very few details have understandably been leaked but if the thought of becoming an extra in Oberon Studio’s fledgling production: “Pyramus & Thisbe” in the depths of North London’s iconic Victorian venue float your boat then book a ticket post haste. 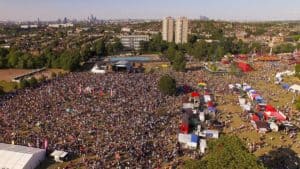 Ahh, there’s nothing quite like the Lambeth Country Show which is remarkably in its 44th year. Yes, everyone’s favourite South London chill out spot, Brockwell Park will once again be the setting for this fun-filled two-day extravaganza. Saturday’s lineup will be an eclectic mix of afro-beat, funk, and soul while Sunday’s soundtrack will be led by reggae super group Three The Hard Way. There’ll be the usual plethora of fantastic food from South London’s finest artisan’s and the biggest water slide in the UK to cool off on in the heat. Let’s just hope the two metre wall surrounding the park doesn’t dampen what’s always an energetic and friendly atmosphere. 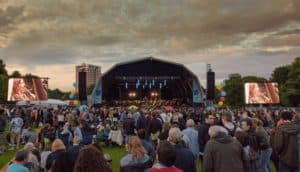 This Saturday and Sunday will see the return of the Liverpool International Music Festival to Sefton Park. As ever there’s a bit of something for everyone from your household names like Basement Jaxx, Wiley and Example as well as some top emerging talent. Haçienda Classiçal are one lot not to be missed, taking the tunes from the legendary nightclub and re-working them with the help of a full orchestra and choir. With tickets priced at an incredible £5, there’s nowhere in the country this weekend where you’ll get more bang for your buck. 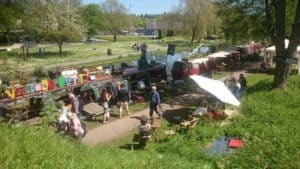 If you’re in a bohemian kind of mood then you might well be in the market for this rather splendid floating market in East London’s Mile End on Sunday. A number of barges are moored up for you to browse some vintage wares, or sip on a pint of craft cider while listening to some free music drift into your ears. It’s all about the atmosphere here and if the weather permits as it has been it’s a fine place for some al fresco drinking and to soak in an un-forced festival vibe. 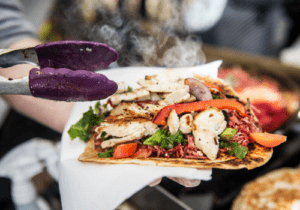 Camden is the setting for this most contemporary of concepts, a festival dedicated to all those who struggle with the now dreaded gluten. Among the many treasures on offer, there’ll be wonderful crusty breads, bagels, vegan waffles, cupcakes, savoury samosas, a wide range of condiments and a whole host of other delicious treats. This gluten-free zone can be found just off Chalk Farm Road in the heart of Camden Market. Head down on Saturday or Sunday the fun begins at 11 am and runs till 7 pm. 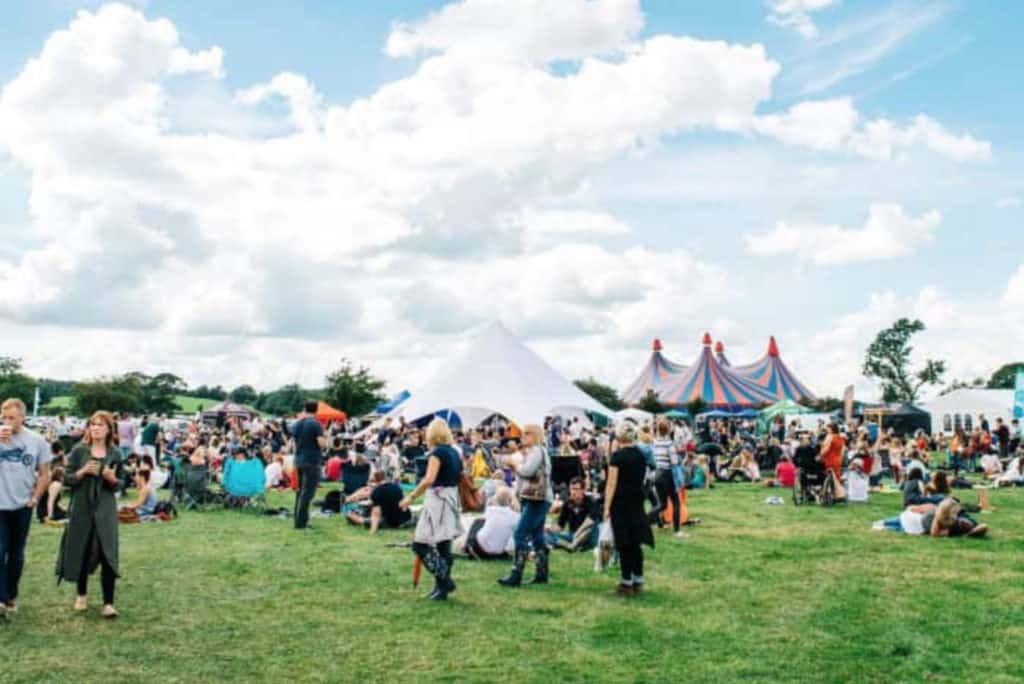 The delightful setting of the Yorkshire Dales is the place to be for foodies and all lovers of craft produce this weekend. This festival is offering the very best street food and drink in the UK. They’ll be demos from top chefs like James Martin, live music and a selection of hands-on workshops. A vintage fun fair will keep kid’s entertained and for families who just don’t want to leave there’s the option to camp on the site so you don’t miss any of this foodie fun.

Fancy staying in this weekend? Maybe the wallet hasn’t quite recovered from it’s World Cup hangover? If so then look no further than BBC iPlayer where with the help of unassuming filmmaker Louis Theroux a truly worthwhile collaboration has taken place. Yes, Louis has curated a series of the most influential and impacting documentaries that reside within the BBC’s enormous archive. And there is some great viewing to be had in what is a wide-ranging all-encompassing selection. Available on BBC iPlayer now – check out what’s on below…