When a work of art sells at auction for the record-breaking figure of $110.5 (£85) million you know the painter of said work is probably a bit of a big deal. The painting, “Untitled 1982”, sold in May this year at Sotheby’s was by the late American artist Jean-Michel Basquiat (1960­-1988).

Today at the Barbican in London the first large scale exhibition of his work in the UK ‘Basquiat: Boom for Real’ will go on display. Basquiat’s rise and ultimately fall after his tragic heroin overdose death was rapid. He went from a homeless graffiti artist to global art star in a matter of years and is now widely regarded as a major player in the landscape of 20th-century art.

It was 1978 when he caught the art world’s eye. He and classmate Al Diaz teamed up to spray their poetic graffiti statements (some may want to call them scrawls) across New York under the name SAMO© (shorthand for ‘same old, same old shit’).

In his brief time, Basquiat collaborated with artists like Andy Warhol and Keith Haring. He starred in the film New York Beat with Blondie’s Debbie Harry (whom he sold his first painting to), produced a hip hop record in 1983 ‘Beat Bop’, with K-Rob and Rammellzee and dated Madonna. His work has inspired the likes of street artist Banksy and rapper JayZ.

The Basquiat at the Barbican exhibition brings together a selection of more than 100 works from international museums and private collections. The exhibition starts with a reconstruction of Basquiat’s first exhibited work, made for Diego Cortez’s watershed group show New York / New Wave at P.S.1 in February 1981. 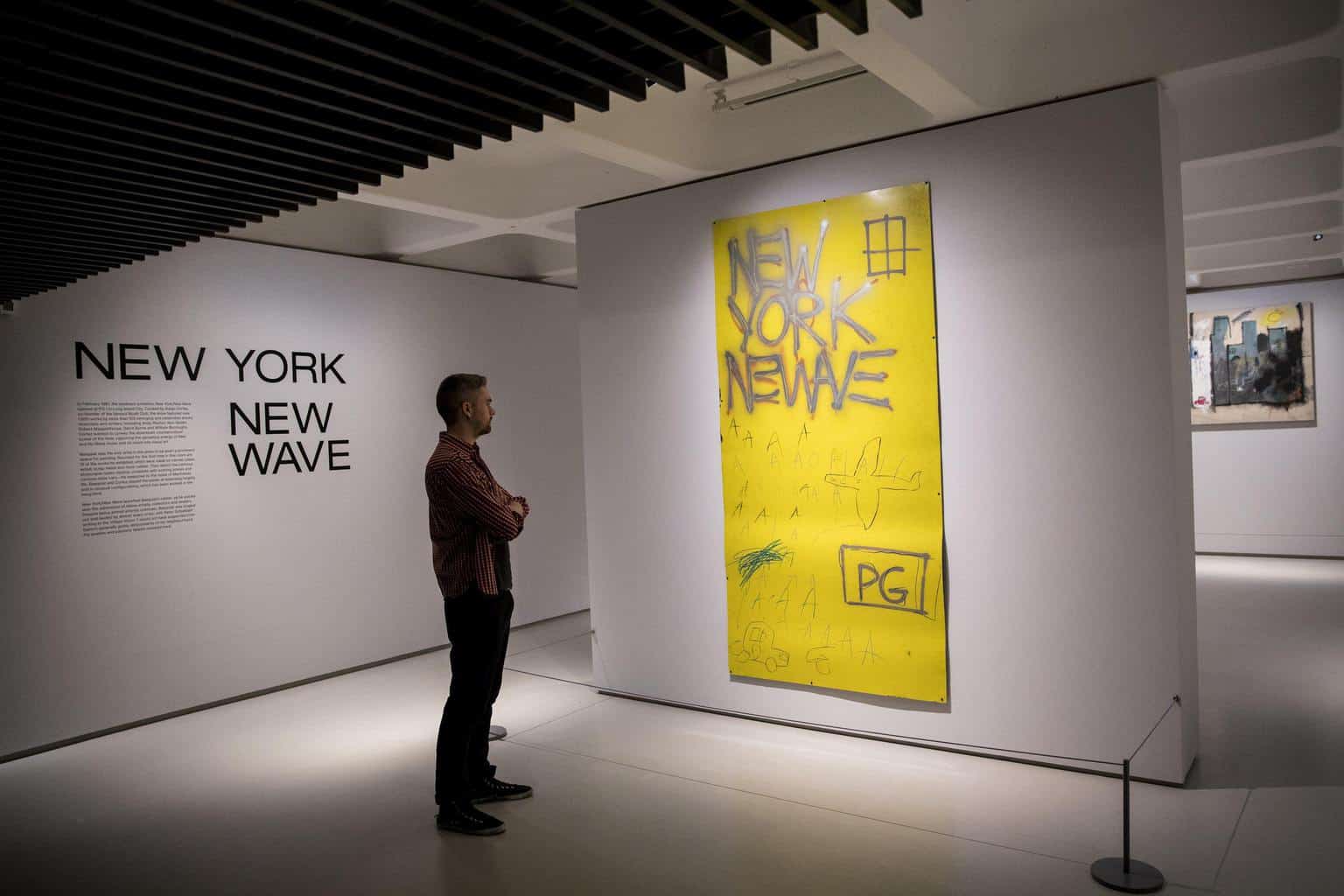 Downstairs in the exhibit, there are paintings and drawings showcasing the way Basquiat sampled DJ style from interesting and diverse sources like bebop jazz and anatomical drawings.

Style over substance? Many would argue so, Basquiat certainly wasn’t shy of publicity. But what people can’t argue with is the genuine raw emotion poured into much of his work, which screams energy and rage.

“We are truly thrilled to be staging the first show on Basquiat in the UK in over 20 years. The creative brilliance and emotive power of Basquiat continues to have a huge impact and influence. This is a rare opportunity for visitors to see a body of some of his most famous and also little known works in one place, and to see those works in the context of the New York scene of the 1980s.”

With his death at 27 in 1988, he joined the infamous ’27 club,’ the same age great artists like Kurt Cobain, Jimi Hendrix and Amy Winehouse’s lives were claimed. Basquiat like them certainly burned brightly and this exhibition is a timely testament to the man’s unique palette of artistic endeavours.

The exhibition runs at the Barbican Art Gallery until 28th January 2018.