Welcome to the new world disorder. Where Alice in Wonderland’s no fantasy and Monty Python work in the Ministry of Sensible Walks.

Europe is laughing at us, and no wonder.

Approaching two years since the referendum no one who voted for (or against) Brexit knows what it means.

Oh really? And god means god. Ask any Christian. Or Muslim. Or Hindu. Or horse-worshipper. Or Satanist.

How many of us back in June 2016 knew the difference between the single market and the customs union? Between the Norway option and World Trade Organisation rules? Between the European Commission and the European Council? Or what Brexit might mean across the Irish Sea.

And did anyone give any of it any thought?

Our media and politicians are as polarized as the people, and the language ever more inflammatory.

No point debating the issue. The other camp’s stuffed with traitors. Or pillocks. Or both.

Political parties were always loose confederations of warring tribes. But this makes Passchendaele look like a Quaker peace gathering. Both Tory and to an extent Labour.

Easy to blame Theresa May for the mess we’re in. Easy but only partly right. Forget her backbenchers, the cabinet’s on manoeuvres. Ministers making up government policy as they go along.

Oh well, that’s what they do, you might say. Except it’s not what they do. At least wasn’t.

If the Chancellor swivelled in a televised speech and mooned at the cameras he could be in a spot of bother. Likewise, if Bojo were caught having it off with a dachshund. Short of that, pretty much anything goes.

No surprise then that negotiations with the EU 27 make watching the paint dry seem an exhilarating experience. How many angels can dance on the end of a needle? Depends what you mean by angel. Or needle. Or dancing. Constructive ambiguity is stretching the English language to breaking point. Words without meaning. Words without end.

Spare a thought for the British commentariat. These guys write stuff because they’re paid to, whether there’s a story or not. The analogies, protestations and metaphors become ever more fanciful. Poetic almost, sometimes. It’s open season for saying anything other than the truth. That the readers’ time would be better spent feeding the cat.

This is not to be horrid to one’s colleagues, more to sympathise. Their job is to interpret. But analysing a vacuum is mission impossible.

Be a laugh, really, if the deadlines weren’t so real and the stakes so high. What if the economy tanks? What if tanks return to Belfast? What if Britain’s government and governance, and the UK’s unity, get caught in the crossfire? Or we simply end up as Johnny no-mates?

The language across the channel is certainly getting frostier, and you’d no more trust Trump than a baby with a crocodile. Don’t expect China’s strongman to turn soft and cuddly on us either, and even the Irish are fed up with us.

Chances are we’ll muddle through. Somehow. But all bets are off.

Of course everyone wants to know the endgame. Afraid my answer chimes with that of every sane columnist in Fleet Street. Buggered if I know. 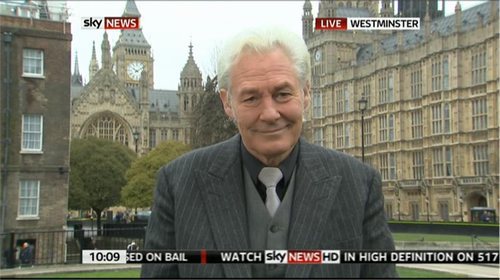