Hands up all those crinkly enough – like me – to remember John Major’s colourful description of his cabinet’s anti-Maastricht rebels.

They were the advance guard, laying the ground for today’s big battalions determined to force through the hardest possible Brexit. No to the single market. No to the customs union. And no worries about Ireland. All sacrificed on the altar of no free movement of peoples and no Brussels-inspired regulation.

And the cost, if there is one, to the British economy? A price worth paying, stupid.

A brief reminder. The Maastricht Treaty, signed in 1992, paved the way for the Eurozone and closer political ties between members of the newly created European Union. John Major saw off his foes by securing opt-outs, notably of the single currency.

The grey man stepped out of character when he said to Michael Brunson, the then political editor of ITN: “Think where most of this poison is coming from. From the dispossessed and the never-possessed. We don’t want three more of the bastards out there.”

He hadn’t spotted he was still miked up and… the rest is history.

Scroll forward to three years ago. The then PM David Cameron tried to see off the UKIP threat at the forthcoming general election by promising a referendum on Brexit.

He thought there’d be another coalition, meaning he’d be able to renege on his pledge on the grounds the Lib Dems would veto it. An update on the old song, once sung at a TUC conference by Labour PM Jim Callaghan: “My wife won’t let me”.

For all his mockery of Margaret Thatcher, Callaghan went on to lose in 1979. Most inconveniently for David Cameron, he went on to win in 2015.

“All political careers end in failure,” Enoch Powell once said. Widely reviled though he is, he was sometimes spot-on.

Think of poor Dave now in his dear little caravan struggling to write his memoirs. And Theresa May’s government, two years after fractionally over half the voters opted to leave the EU, struggling even to make a start on how to set about it.

Discreet, consensual cabinet government has given way to ministers slugging it out in a modern equivalent of the Roman Coliseum, and punters who can be arsed to answer pollsters’ questions floundering with contradictory opinions.

The latest BMG survey suggests remainers now enjoy a seven-point lead over leavers. Against that, those who say we should now just get on with getting out outnumber those who disagree by a staggering 30 percent.

Make sense of that? As impossible as figuring out how long May will remain in office. Or even (trivial, surely, by comparison) what Brexit will mean for the rest of us.

But in the short term one thing seems clear. The huffing and puffing by the Tory remainer rebels in the Commons will not blow the house down.

The Lords roared like lions over the EU Withdrawal Bill. Fifteen major defeats for the government. Fifteen hand grenades for Ken Clarke, Dominic Grieve and other remainers to lob at May.

But, after a few tweaks and a lot of arm-twisting, MP’s trooped through the lobbies like lambs.

There’s still plenty of snarling about dodgy deals, double-crossings and bad faith. But so what? The Lords’ amendments were flushed round the U-bend of history.

Of course the rebels will carry on gnashing their teeth, but they’re not built of the same stuff as the bastards. Never mind the numbers, they don’t have the cojones to plunge in the dagger.

European planemaker Airbus and BMW are the latest big companies to threaten UK jobs in the event of no-deal Brexit. A howl of rage? Or a considered reading of the runes?

Either way, it smacks of two fingers to remainer rebel leaders on the green benches.

In the words of another old song: ’The grand old Duke of York, he had ten thousand men. He marched them up to the top of the hill .. and he marched them down again.’

And yet another pretty ditty might describe the post-Brexit regime. ‘A hard reign (sic) is gonna fall.’ 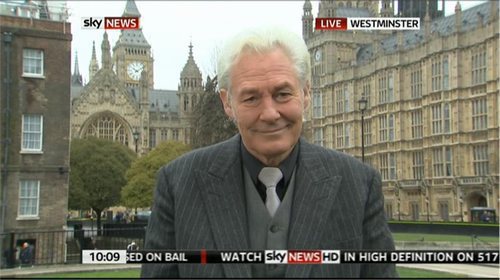