Everyone knows about the Big Smoke’s tourist traps like Buckingham Palace, the forever turning London Eye and the exchange student packed Trafalgar Square, but if you start to scratch its overpriced exterior and delve a little deeper, the city’s secrets start to emerge.

In fact you might be surprised to learn that places you may walk past everyday, for those that reside in London, have serious history, sometimes dark, sometimes fascinating and even just downright bizarre. That being the case The MALESTROM brings to you five of London’s hidden secrets … 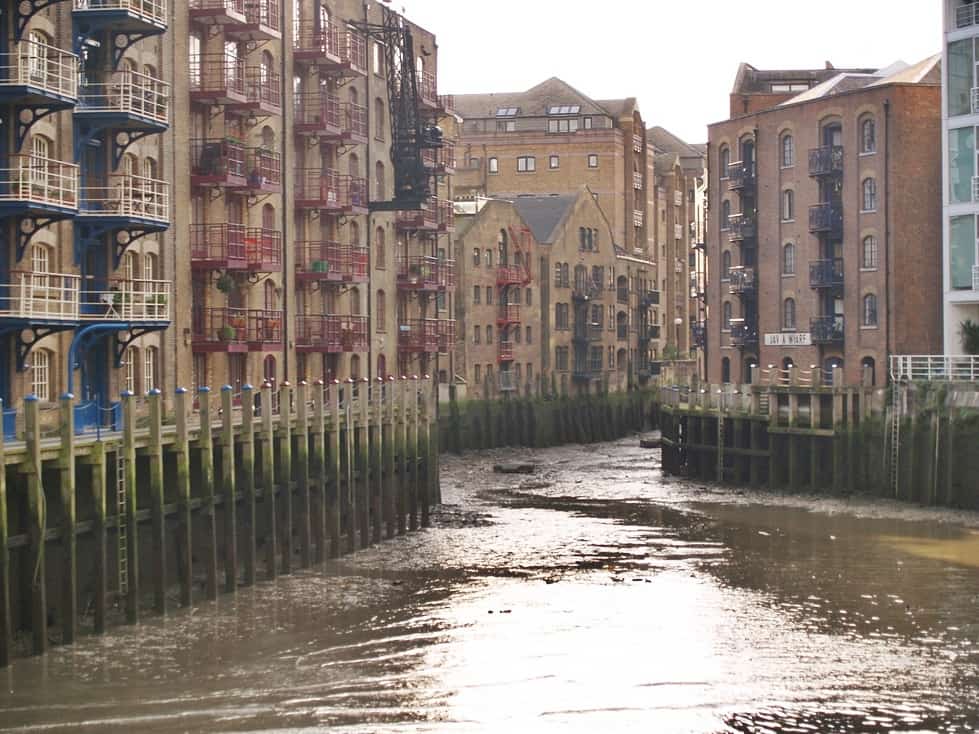 A stones throw from Tower Bridge is Saint Saviour’s Dock, also known as Jacob’s Island. A dark, foreboding creek that’s the mouth to one of many Thames tributaries, the river Neckinger. But it was also the home to Charles Dickens’ most notorious and vicious character, Bill Sikes from Oliver Twist.

If you cast your memory back to the end of any of the various Oliver films, when Sikes drags Oliver over the roof tops of a Victorian creek as the baying crowds hunt them below, you’ll realise that it is Saint Saviour’s Dock and that today it still pretty much looks the same as when Dickens’ described it as ‘the filthiest and strangest localities hidden in London’. If you stand at the edge of it and stare down the creek, you can actually feel the malevolence to this day.

The inhabitants of Saint Saviour’s Dock were known as the most depraved of Victorian London, packed with criminals, prostitutes, thieves, feral children and squalor. When ships used to dock in front of Tower Bridge, the inhabitants of Saint Saviour’s Dock would row out in silence at night, slice the necks of the ship’s watchman and steal whatever they could.

The problem became so great that the Victorian authorities took to hanging the inhabitants over the mouth of the river Neckinger for everyone who lived on Jacob’s island to see, and hence the noose that they hung around their necks came to be known as the ‘neckerchief,’ the name we still use for a scarf.

The steps where Nancy, Bill Sike’s prostitute girlfriend betrays him to help save Oliver are still there too. They’re on the south side of London Bridge on the west and they remain known as ‘Nancy’s Steps’. Shortly after the betrayal, Sikes brutally murdered her in the home they shared in Saint Saviour’s, not on the steps for which they have become known in mythology.

2. ONE FOR THE ROAD – The saying, the pub and the meaning.

The most notorious prison in London was ‘The Clink’, housing the worst prisoners in the south bank of the Thames, right next to London Bridge. It was the place of incarcerating the most dangerous inmates from the 12th century until around 1780, thieves, beggars, rapists, murderers and child killers, not a pleasant bunch!

When the prisoners were put on a horse drawn cart to be taken for hanging at Tyburn gallows, which is now Marble Arch, they were led up through the Rookeries (which is now Seven Dials in Covent Garden), to the pub next to Saint Giles’ Church, just behind Denmark Street at the top of Charing Cross Road. 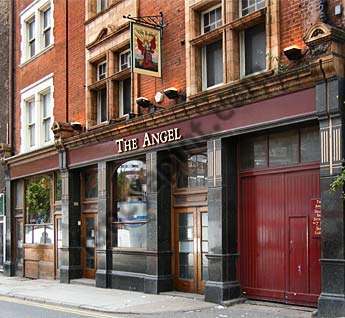 When they reached the pub which is thought to be in the very place that the pub The Angel is today, they were give ‘One for the road’, meaning their last drop of alcohol before they were to be hanged. When they’d finished they get ‘Back on the Wagon’, a place that meant they would be permanently free of alcohol from that point on, which gave rise to the second saying about not drinking. The road in question that you just had your last drink for is of course the world famous, Oxford Street.

The demon barber of Fleet Street was supposed to have murdered over 150 of his customers, first by slitting their throats, dismembering them and then cooking them in pies and selling them to the unsuspecting public. The location of Sweeney Todd’s barber shop can still be seen today at 186 Fleet street. It’s the Dundee Building with a Kwik copier and print shop below, and the alleyway next door is Hen and Chicken Court.

Todd discovered a secret underground tunnel running under his shop, under Saint Dunstone’s church behind and leading to his lover, Mrs Lovett’s pie shop in Bell Yard, close by. It was the perfect place to drag the dismembered corpses.

Mrs Lovett’s pie shop was celebrated for its veal and pork pies and they were even written about in the local gazette as ‘the most delicious of all pies’. Little did the unsuspecting public of Victorian London know that were unintentionally converting to cannibalism by eating them.

Nor do the unsuspecting customers who use the Kwik copier shop probably realise that they are visiting such grim premises! The shop was even filmed for the ‘behind the scenes’ DVD for the Warner Bros film of Sweeney Todd, Directed by Tim Burton and starring Johnny Depp. One of London’s many forgotten rivers, the Fleet also runs the directly underneath Fleet Street. 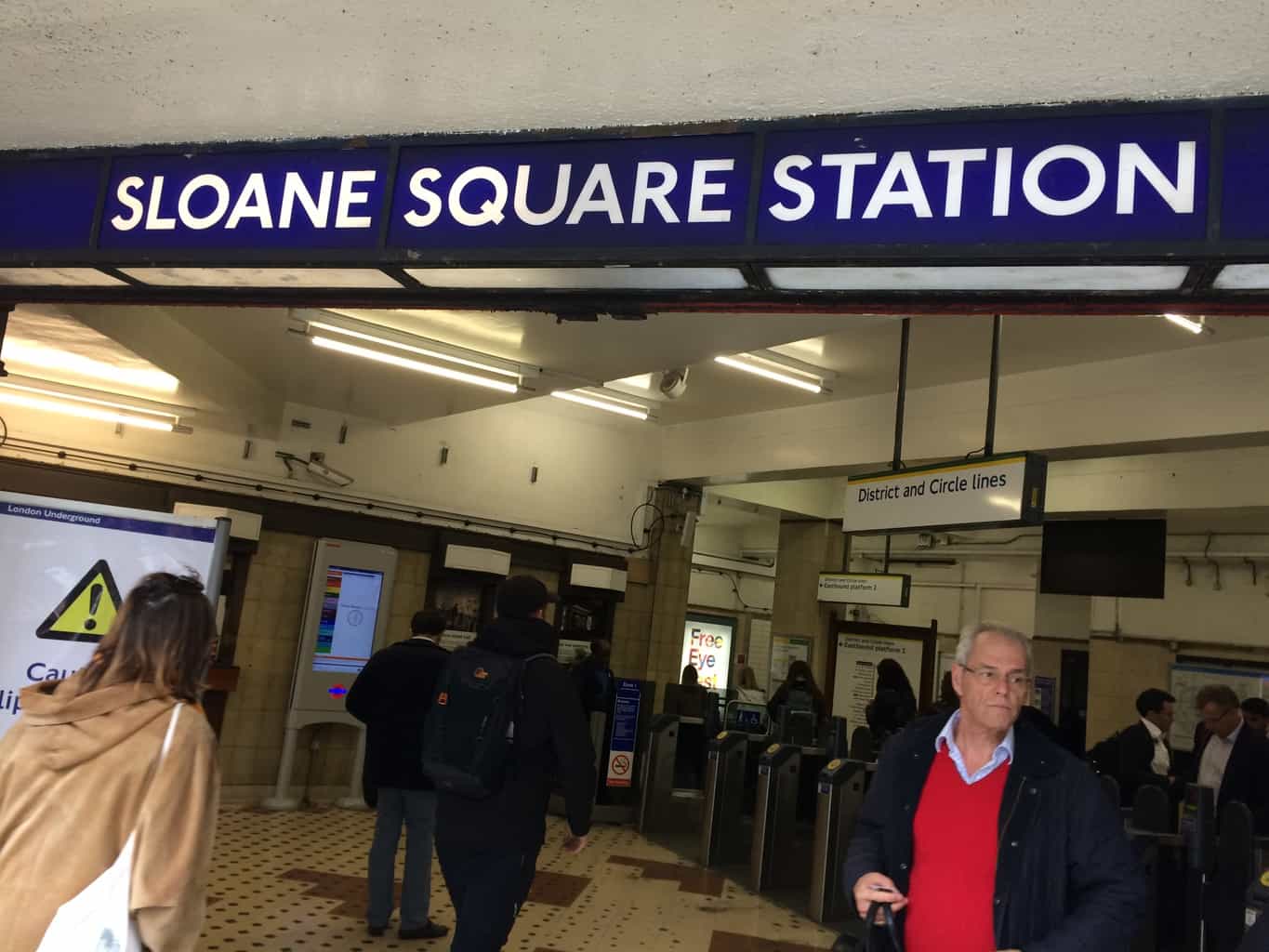 The Thames has dozens of tributaries running into it that are largely hidden and forgotten. The river Westbourne or Kilburn is another one of London’s forgotten rivers that starts life in a pond on Hampstead Heath, then meanders down through Kilburn, Bayswater, underneath the Serpentine in Hyde Park and right through central Chelsea and under Sloane Square.

The only problem was when they came to building the tube station in the 1850’s, the river had to be diverted somewhere, and it was thought the best and easiest place was right through the station, and so they did. 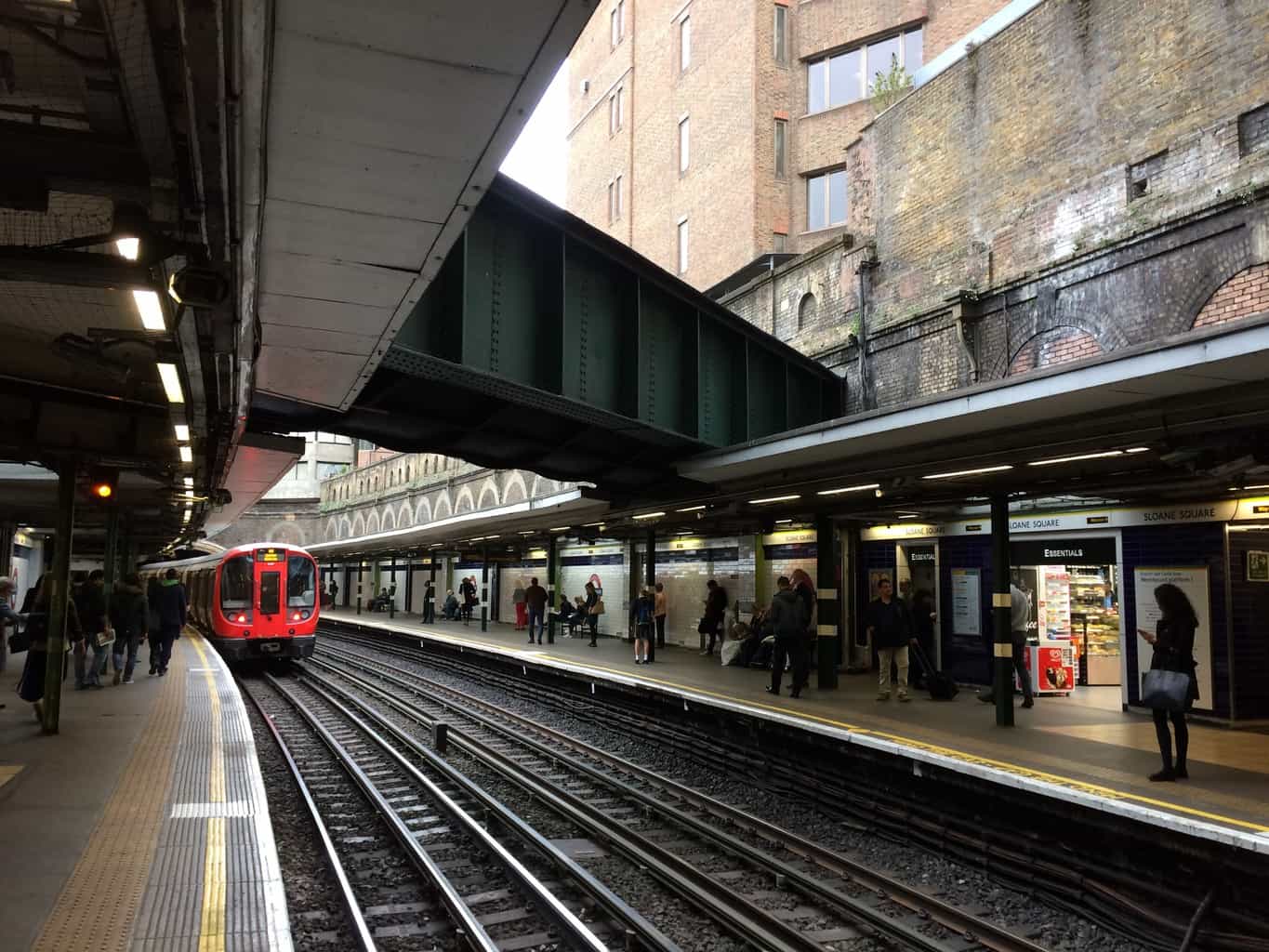 Unbeknown to the thousands of people who use Sloane Square tube station every day, there is a river running right through the station and above both the platform in a pipe and a green box. It really is one of London’s best kept secrets. 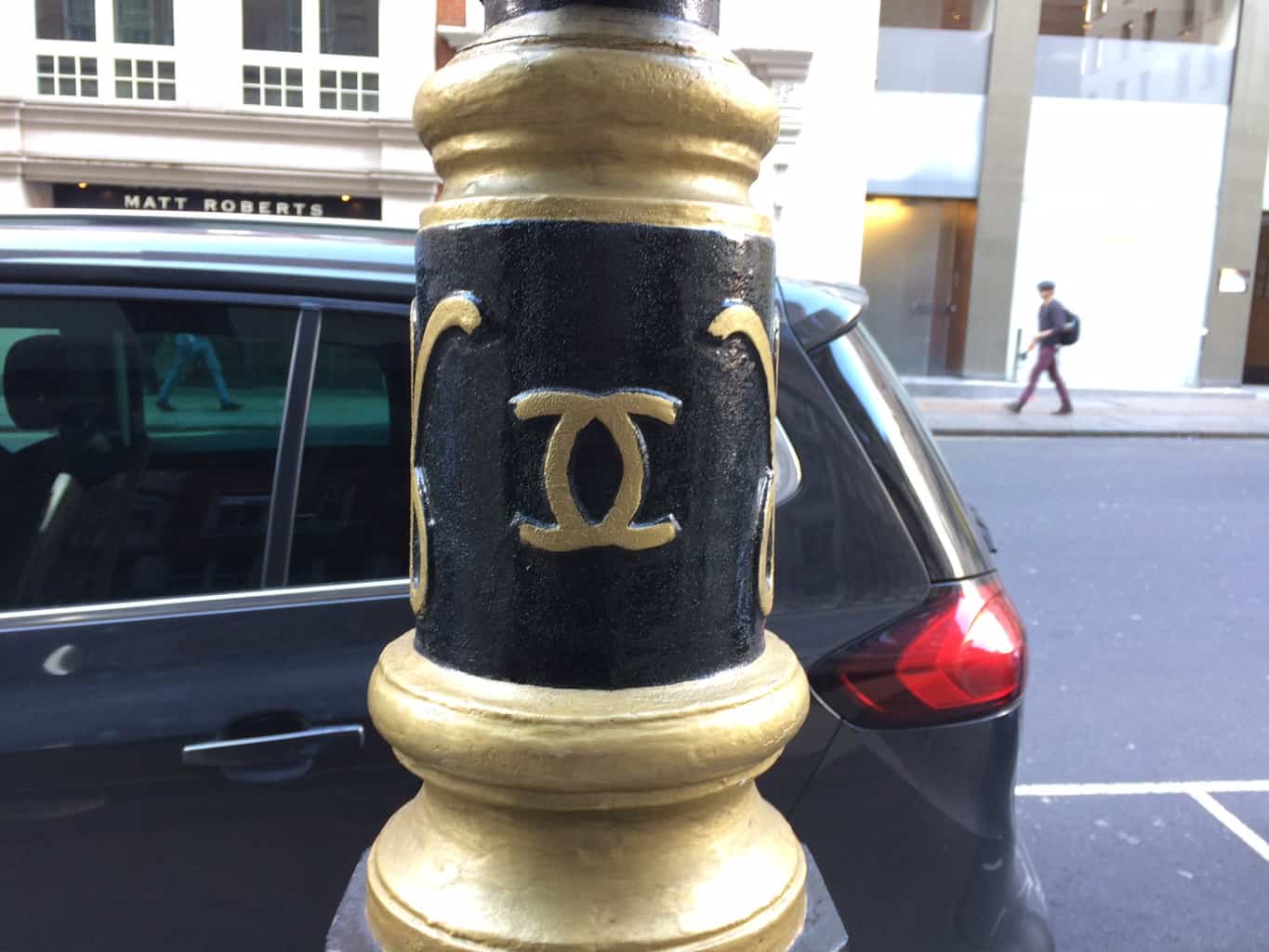 As most people know, huge swathes of Mayfair, Belgravia and Westminster are owned by the aristocratic family, the Grosvenors, with the head of the family being the Duke of Westminster. What many people don’t know is that the second Duke of Westminster, Hugh Grosvenor (1879-1953) wasn’t just a wealthy land owner, he was also one of the richest men on earth 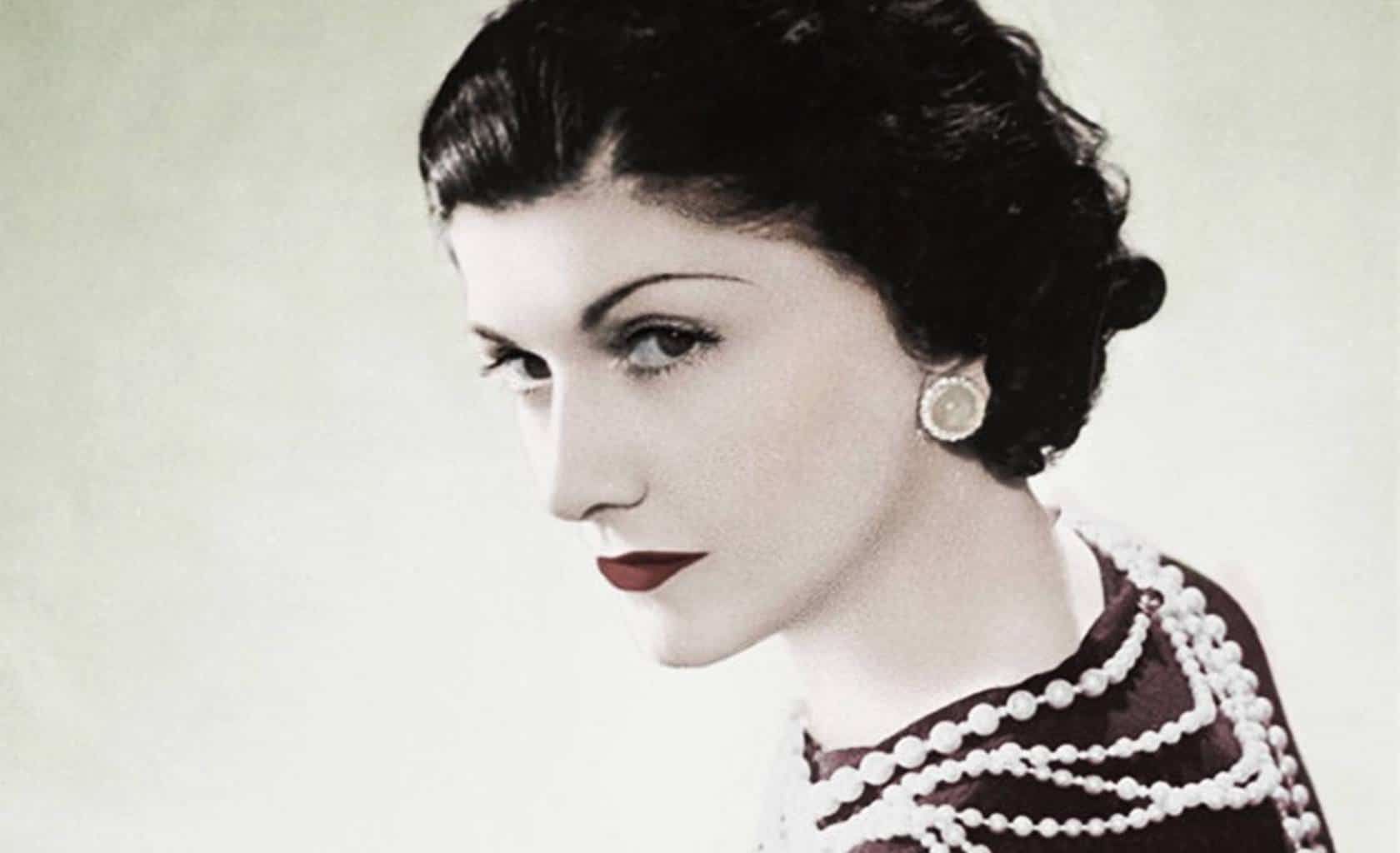 with a love for life and engaging women. With money to burn, the Duke was one of the few men in the world at the time that could afford diamonds, and only one woman caught his eye in 1925, and that was Coco Chanel.

It is a little known fact that Chanel actually spent a lot of time in London from 1925 and into the 1930’s in the company of the Duke, who was at the time married to Lady Violet Mary Nelson. 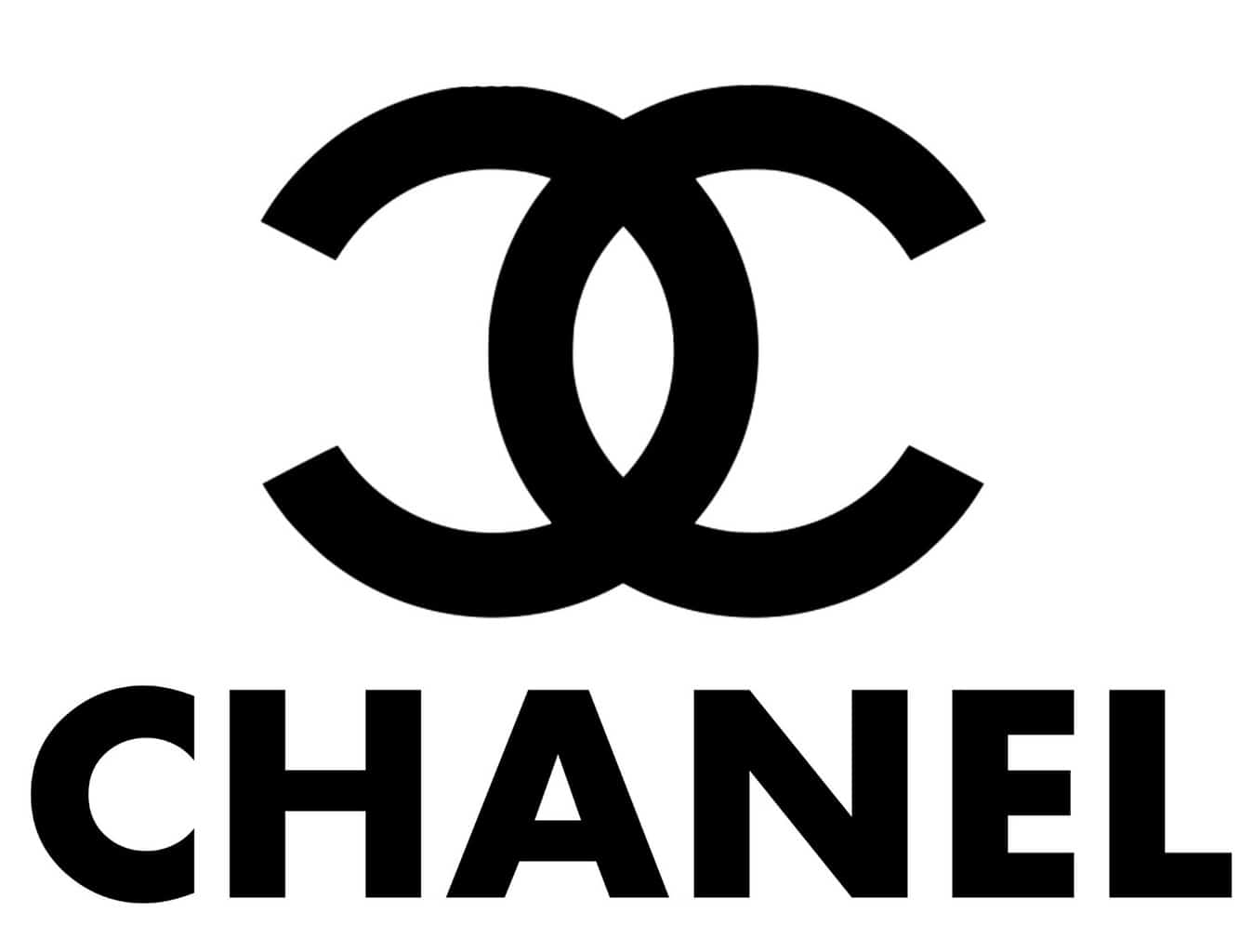 The Duke did what most aristocrats have a habit of doing and apparently started an affair with Chanel which she and he always denied. There is no doubting that they spent a lot of time together, as she actually met Winston Churchill in his company and commented on her fishing skills which she picked up on one of the Duke’s estates.

But what makes this possibly the best London secret of all is that the Duke became so infatuated with Coco he had her logo engraved on all the lampposts within the Grosvenor estate in central London. As millions of people rush about the city each day, virtually no one is aware that Coco Chanel’s logo is still engraved in hundreds of old lampposts. What an old romantic!

Is there one of London’s secrets you think we should have mentioned? Let us know in the comments below.