New TV: What to Watch on Netflix This Autumn/Winter

Tricky, one of the most recognisable voice in music is back, and we’re very pleased to say he returns on blistering form. September 22nd marks the release date of his 13th album Ununiform.

Now based permanently in Berlin the record is pitched as ‘a journey into happiness and contentment,’ which is an interesting change of direction for one of British music’s biggest risk-takers.

From his genius, angst-filled ‘f**k the world’ debut Maxinquaye (1995) to the intensity of the harder sounding Pre-Millenium Tension (1996), which also coincided with a geographical move, as Tricky took up residence in New York.

The new album features a stand out collaboration with former girlfriend Martina Topley-Bird, (mother to Tricky’s 18 year old daughter Maisie) this is first time the pair have worked together in almost fifteen years since Tricky guested on Martina’s Mercury-nominated solo album Quixotic (2003).

The track “When we die” opens with a sublimely sinister sounding Tricky ruminating on the thought of where we go when we die before Topley-Bird picks up the vocal baton with her heavenly yet hauntingly beautiful chorus.

Indeed the theme of death and it’s acceptance runs through the record. Talking about the subject Tricky said,

“If you don’t accept death, you don’t really accept life.”

Check out the video for “Where we die” below.

Moving to the less regimented environment of Berlin has definitely been good for Bristolian born Tricky. Many people head to the German capital for round the clock partying, but Tricky isn’t one to run with the herd and he’s instead turned his lifestyle around living in the city,

“I like it here because I don’t know anybody. I eat good food, I go for walks, I’ve got a bike. I’m trying to look after myself. I don’t drink here. Some people call it boring, but I wake at 9am and I’m asleep by 11 o’clock at night. I’m looking after myself.”

Four tracks were recorded outside of his new home in Moscow. Local producers and Russian rappers like Smoky Mo were involved in creating the songs due to Tricky’s love of their rap culture,

“I’ve been listening to Russian rap for 20 years. I love those accents – I don’t need to understand what they’re rapping. I could just feel it. People live like everyday is their last day, and I like that.”

Much of Tricky’s infamous rage that he channels so efficiently through his music is down to a difficult upbringing. Losing his mother through suicide at the age of four and then being passed around in foster care set him up for an unsettled start to life.

A life that now at least seems to be in a better place. Certainly Tricky’s union with !K7 Music via his own False Idol label seems to be a blossoming happy one, and with the same creative freedom once afforded by Chris Blackwell of Island Records, Ununiform marks a serious return to Tricky’s absolute best.

Songs like “Blood of my blood” and the aforementioned “When we die” are up there amongst some of the best work the artist has ever produced.

The album is a great example of just what a great music producer Tricky is and what he is capable of when in full control of his musical destiny. Tricky also cites the lack of pressure of the monetary kind being a factor in it’s more laid back feeling,

“This album now is the first album I’ve made (in years) which isn’t going to pay off some kind of debt. So it’s more relaxed! Now, I own the label, I pay for everything myself. I’m a truly independent artist. Now I do what I want. Freedom is a beautiful thing.” 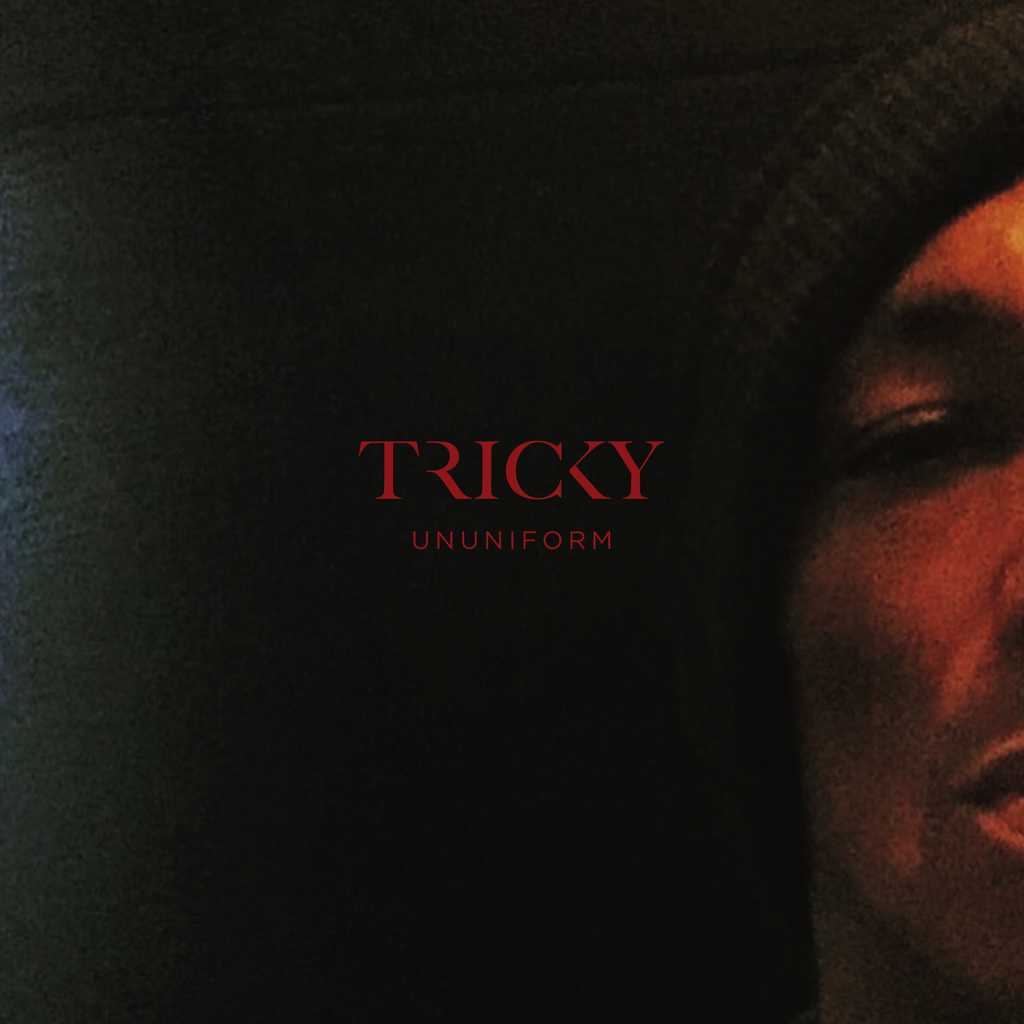