Terror attractions are big news and with the very last rays of what we knew as summer sunshine setting earlier with each passing day, attention swiftly turns to dark nights and of course the spooky celebration of Halloween.

And if like us here at The MALESTROM you enjoy a good scare every now again, maybe you should check out the abundance of live action terror attractions on offer up and down the UK. All of the following are a right scream.

The infamous Scaregrounds in Yorkshire, set on a historic twenty-four-acre estate in Wakefield, is home to a series of frightening walkthroughs.

Highlights include a ‘Slaughterhouse’ with resident body collector, whose sole mission is to collect human organs to sell on the black market. Nice! A ‘Zombie Outpost’ full of undead Nazi soldiers and an abandoned ‘Ghost Town’ haunted by a vengeful gold prospector. Head here at your peril!

Dr Fright’s Halloween Nights Scream Park in Northamptonshire is an award-winning fright fest and this year looks like being no different with their brand new ‘Legends of Horror.’ The premise, navigate your way around a choice of four mazes themed on some of the scariest scenarios in Hollywood horror history.

There’s a Redneck Wedding with cannibal hillbillies for guests a la The Hills Have Eyes, a supermarket full of Killer Clowns (plenty about these days) and in tribute to the Walking Dead there’s a Zombie themed maze.

However, the one that stands out is horror movie tribute maze featuring slasher horror legends, Jason Voorhees, Freddy Krueger and Michael Myers, which lets you step right into some of the most iconic scenes in horror. Not for the faint of heart.

Over in the idyllic Welsh countryside, another grizzly maze awaits up on Terror Mountain, as some peoples worst nightmares come to life in ‘The Unknown.’

Here you get to join the U.T.R.U or the Unknown Threat Response Unit, to investigate some rather strange goings on. Going deep into the dark mountain woods you may well have a close encounter of the third kind. Let’s hope they come in peace.

Something a little bit different here in the form of ‘Escaper’ in Milton Keynes. Ideal for groups and those of you who like solving puzzles while trying to escape the attention of a deranged stalking serial killer (that’s everyone right?).

As you and your group discover what appears to be an abandoned cabin deep in the woods, you’ll quickly find yourselves locked inside said cabin, but maybe that’s the safest place to be with a murdering psychopath on the loose outside!

There are clues and puzzles to solve along the way as you try to escape this terrifying retreat. Sounds like the perfect Halloween.

Down in the South East the lovely, or should we say ghoulish people at the appropriately named Hide and Shriek Experiences have conjured up a rather novel take on the survival terror experience.

You and your group of like-minded comrades endeavour to last thirty minutes locked inside a haunted house while taking part in a heart-poundingly scary Séance, all with the simple goal of surviving a terror-filled half hour.

For those who can’t endure the experience and are not up to the task a panic button is provided so you can be pulled out of the action and back to normality. Could you hack the horror?

If you happen to be in the lovely county of Lancashire this Halloween and are looking for somewhere to lay your head for the night then look no further than The Eldritch Estates Hotel.

A salubrious Victorian country house establishment where you’ll be wined and dined and immersed in a 12-hour long theatrical entertainment experience.

This all sounded pretty relaxing actually, until we heard about the terrifying tarot, the sinister game of hide and seek and the night of unrest in the Grand Bedchamber four-poster. Sweet dreams everyone. 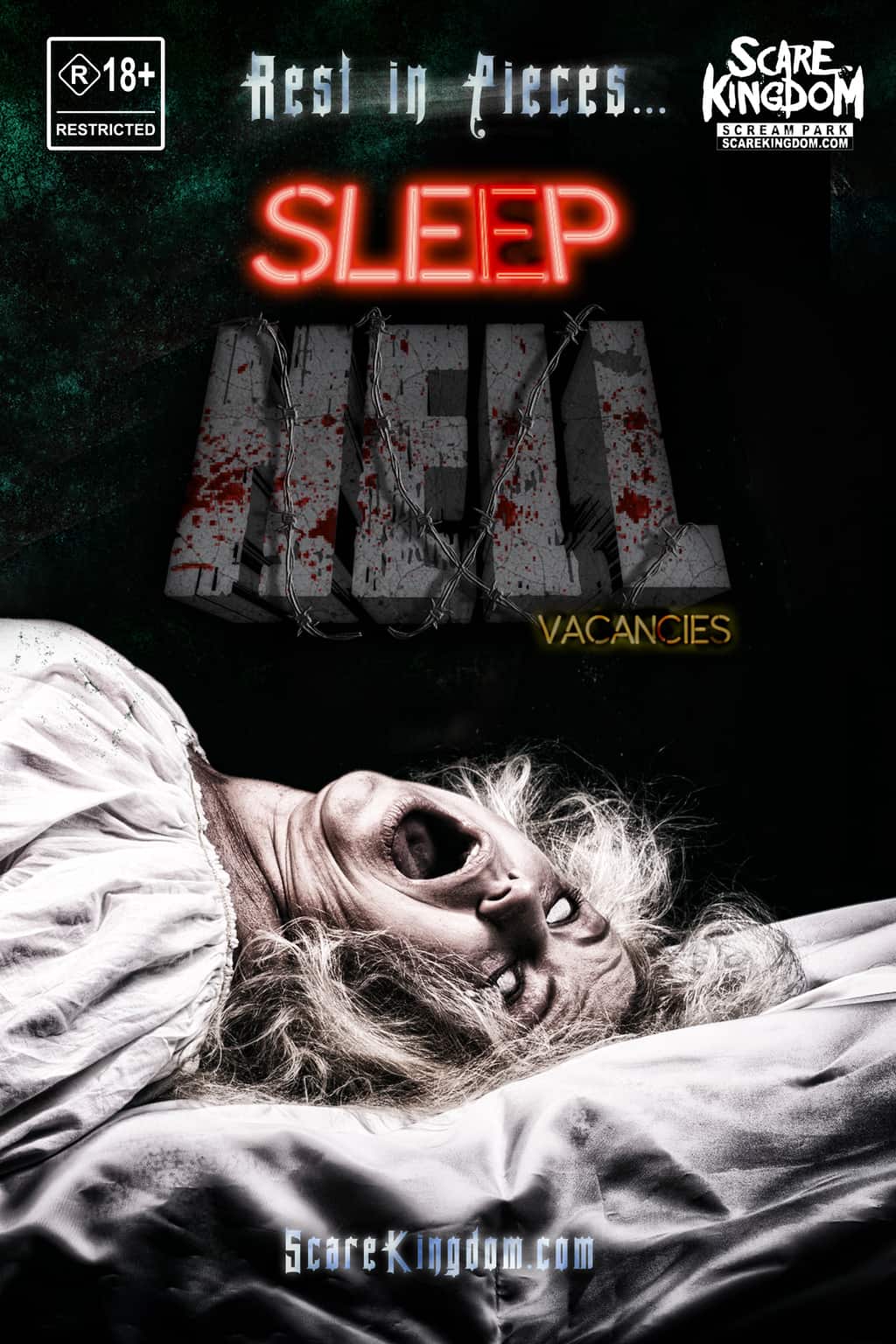