This late heatwave has sparked some life into what was feeling like a bit of a flat summer. So make sure you take advantage while it lasts by heading out to some of the great happenings taking place this week. All vegans look away as there’s a festival solely dedicated to meat, Camp Wildfire will help you find that inner child and there’s a free immersive experience in London’s Waterloo that will scare you silly. It’s the Weekly EDIT. 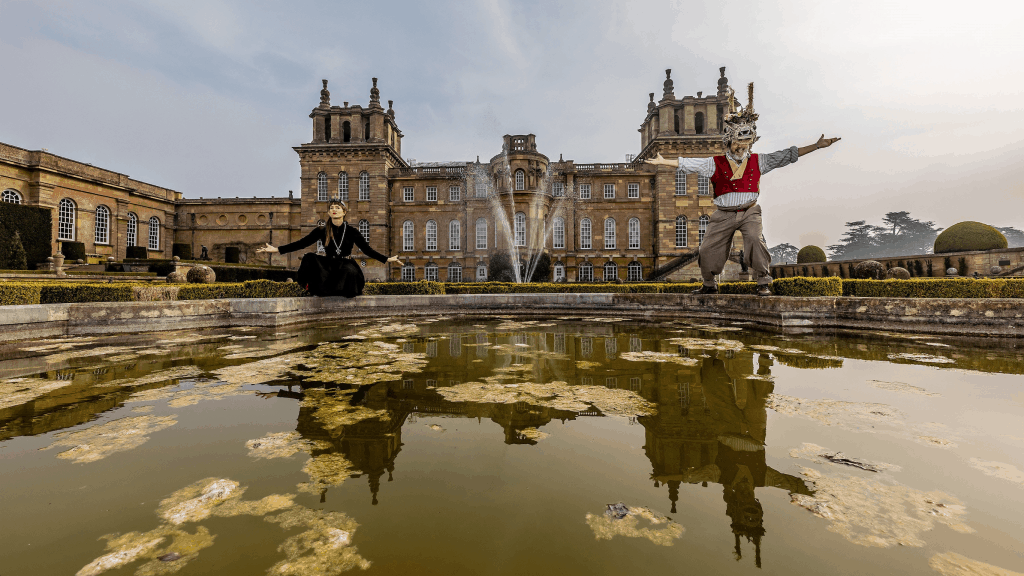 For the next couple of weeks, you can experience Europe’s first-ever pop-up Shakespearean theatre that directly echoes the 1587 London Rose Playhouse.

Blenheim Palace will play home to an immersive experience that allows you to step back into Elizabethan England to enjoy the sights and sounds (but hopefully not smells) of the era along with some of the bard’s finest plays such as A Midsummer Night’s Dream and Romeo & Juliet. 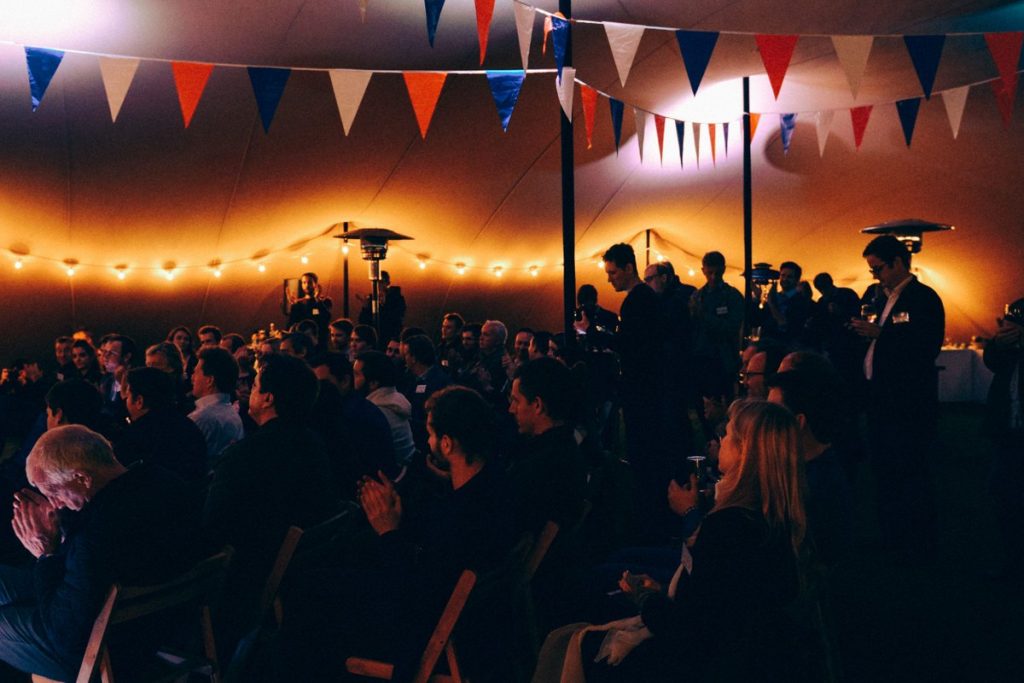 Big Tent Ideas Festival brings together a range of speakers for talks and debates about the current political situation, with MPs, journalists, and leaders of various companies among those invited.

Events take place in a number of themed tents, covering hot topics such as the economy, environment and health with it all described as ‘non-partisan in its politics’. Expect civilised debate unlike anything going on in Parliament.

IT Chapter Two: The Vaults Experience (Waterloo, from 31st) 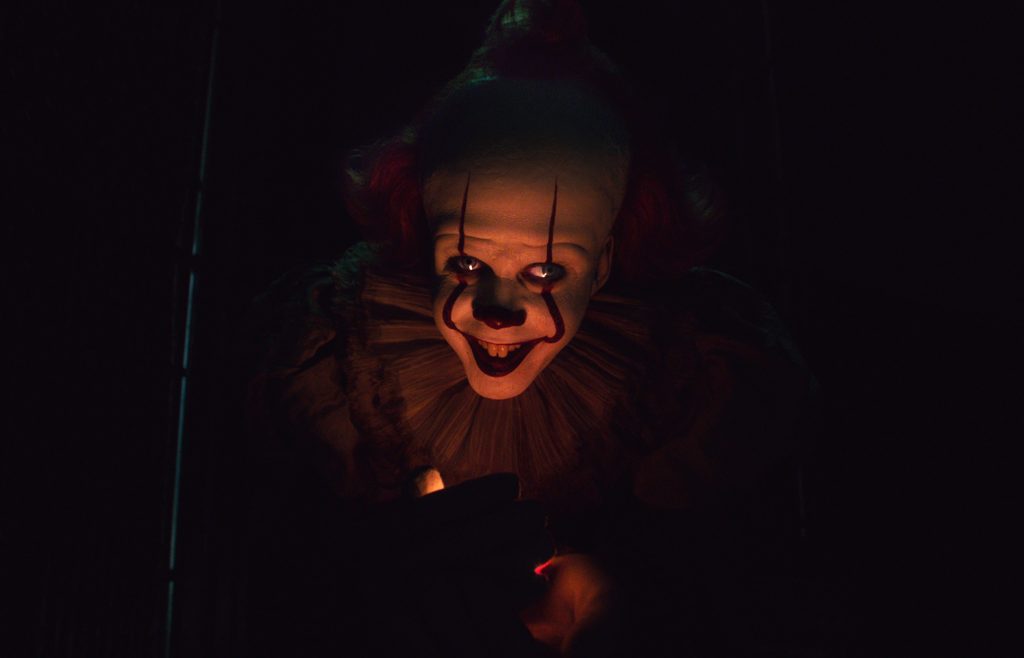 Those with a fear of clowns need not apply for this immersive experience taking place at the Vaults in London’s Waterloo. Ahead of the release of It: Chapter Two, visitors will be able to immerse themselves in the chilling world of Pennywise the clown with over 11,000 square feet of bespoke sets built into the vast underground maze of disused railway tunnels.

Nine themed areas will let those who dare to enter follow in the footsteps of The Losers’ Club. Best of all it’s free to go, but visitors must book tickets online. 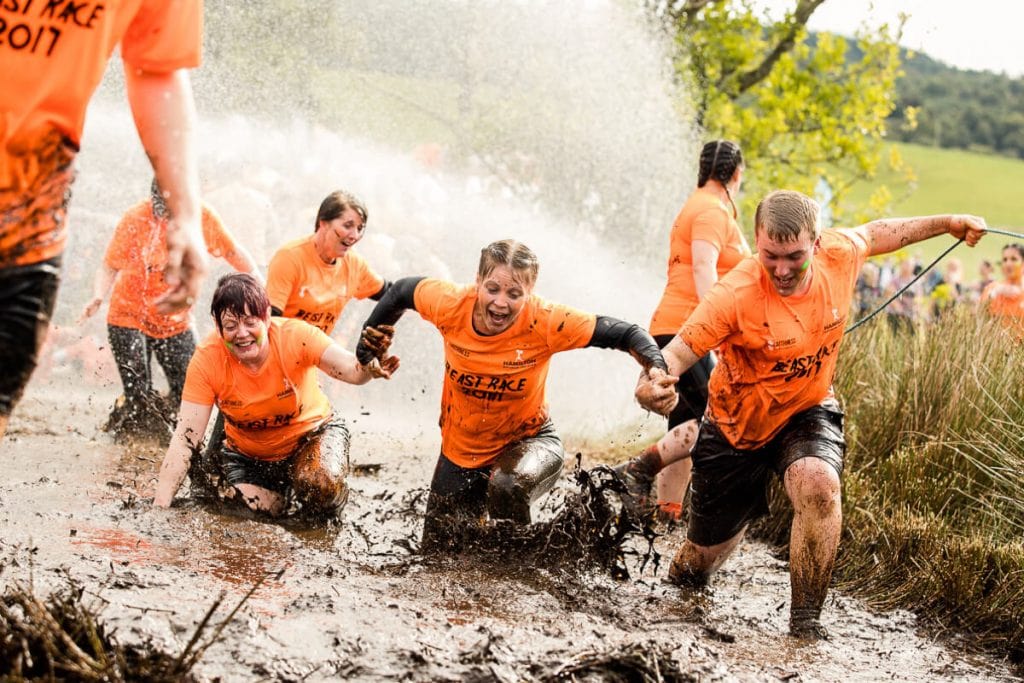 If you’re a glutton for punishment you might fancy taking up the opportunity to beast yourself on an epic 10km obstacle race. Hosted in the picturesque location of Loch Ness you can slide, dunk, swim, wade, climb, and push yourself through freezing loch water, thick mud, steep & rocky terrain and over mega obstacles. There’s the chance to run solo or in a team at Scotland’s ‘beastliest’ obstacle race. 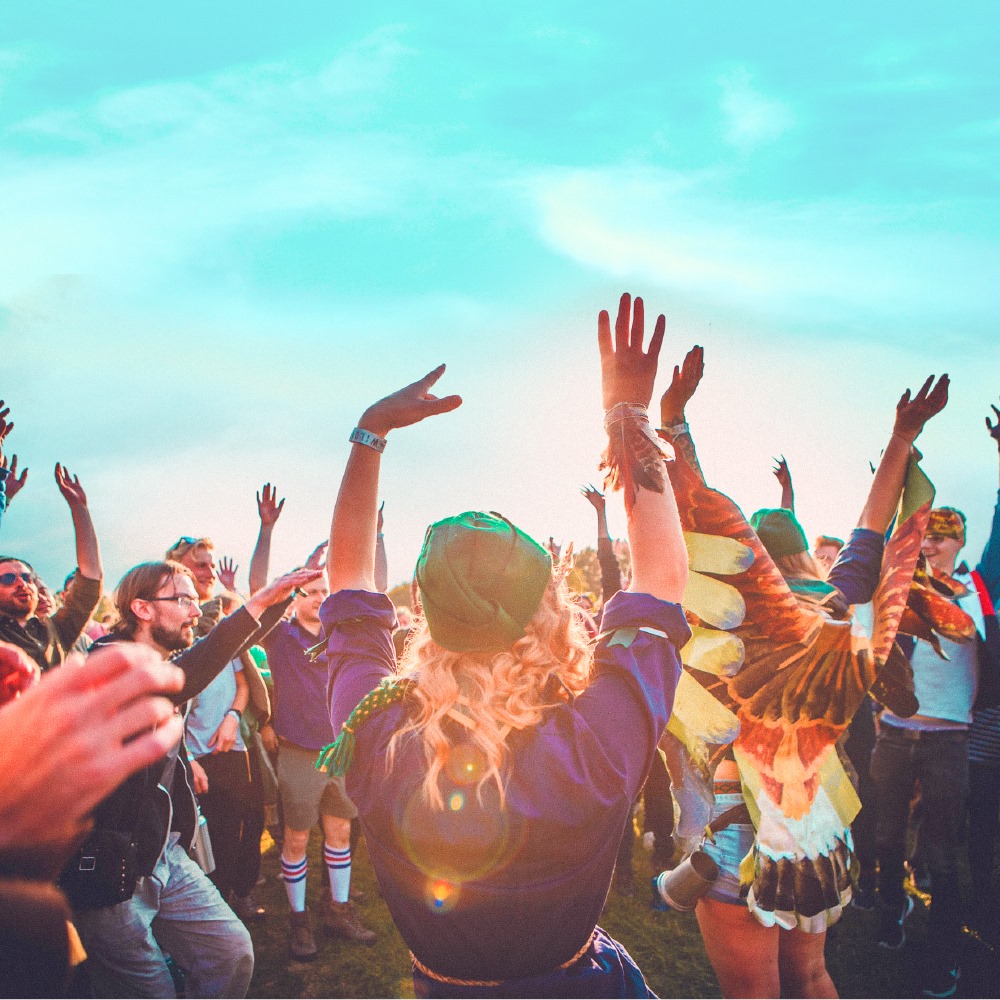 If you fancy running wild in the country like a kid, then the only place to be this weekend is Camp Wildfire. You can channel your inner scout with this fest that’s essentially an adventure camp for adults mixed with some great live music. Pick from a whole heap of fun outdoor activities to get stuck into like axe throwing, tree climbing, paddleboarding or more relaxing pursuits like relaxing in a wood-fired hot tub. Be at one with nature and have a total blast. 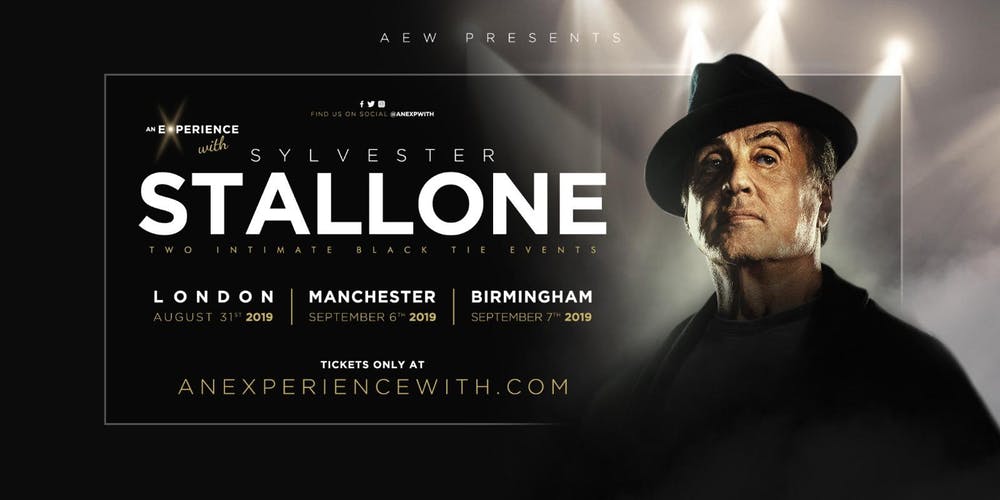 If you’ve long yearned for your own Rocky moment, then your time could be now. It’s your chance to get up close and personal with Sly himself. He’ll be pitching up in London on Saturday with two other dates next month for ‘An Experience With’. Said experience includes an on-stage interview with the man himself (along with a meet and greets for VIP ticket buyers), a 3-course dinner, a signed Stallone merch auction and an on-stage piano solo to the Rocky & Rambo soundtrack by Noud Van Harskamp. All together… 🎵 Gonna Fly Now 🎵. 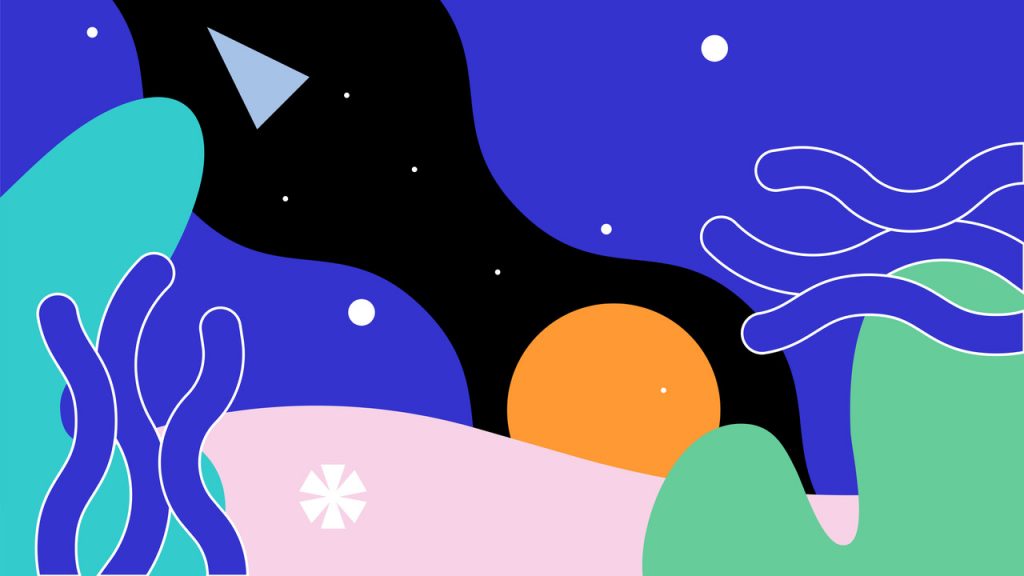 Manchester Psych Fest returns for the seventh time, bigger than ever! The Festival has reached out to each corner of the globe to provide mind-bending artists spread across 3 stages (venues) plus DJs, art installations and an array of trippy visuals. Courtney Barnett, Temples & Goat Girl are among the names playing. Come get weird. 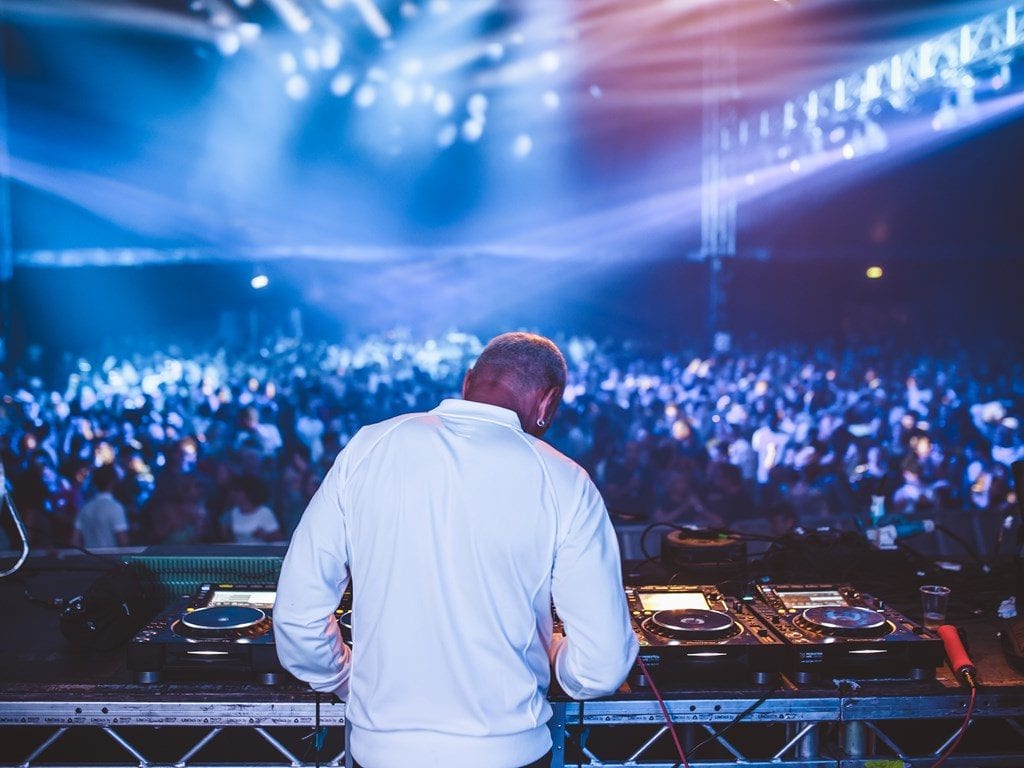 Once a legendary event in the Merseyside resort this fest has kept the name but swapped location for the beautiful and historic Crystal Palace in London. here you can dance the day away to specially curated acts from pioneering DJs to the next generation of artist’s flying the flag for house, disco and soul music. David Morales, Naughty by Nature and Shalamar all perform. Should be a Night to Remember. 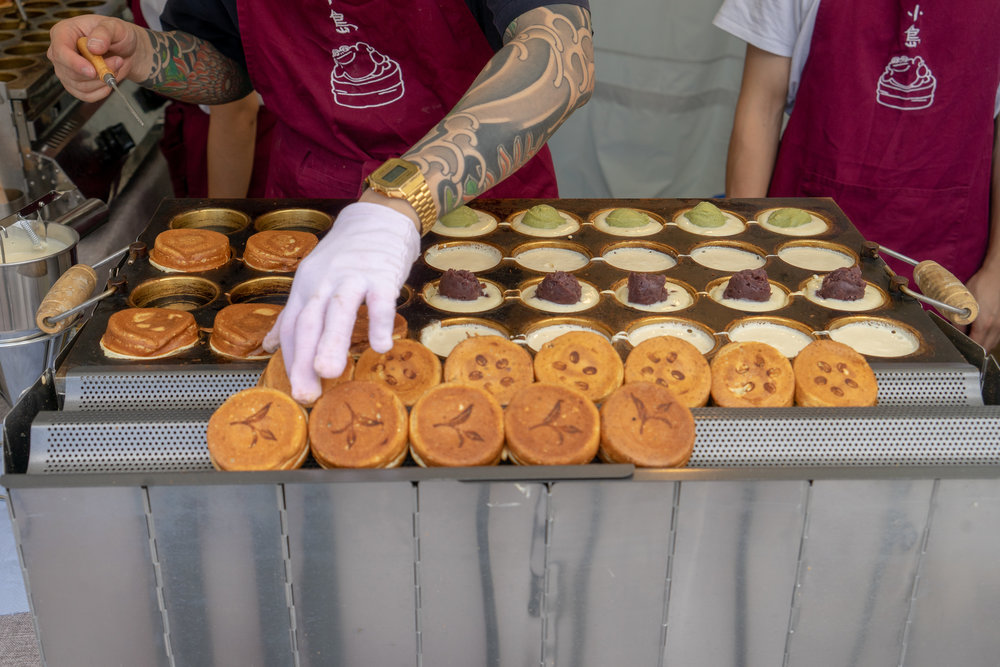 The Chinese Food Festival makes a welcome return this weekend to Potters Fields in the shadow of Tower Bridge. The small space is packed with dozens of stalls where you can sample dishes from some of London’s finest Chinese food vendors like Ricebrothers, Three Uncles and lots more. There’s the opportunity to learn more about Chinese cuisine with the School of Wok workshops. 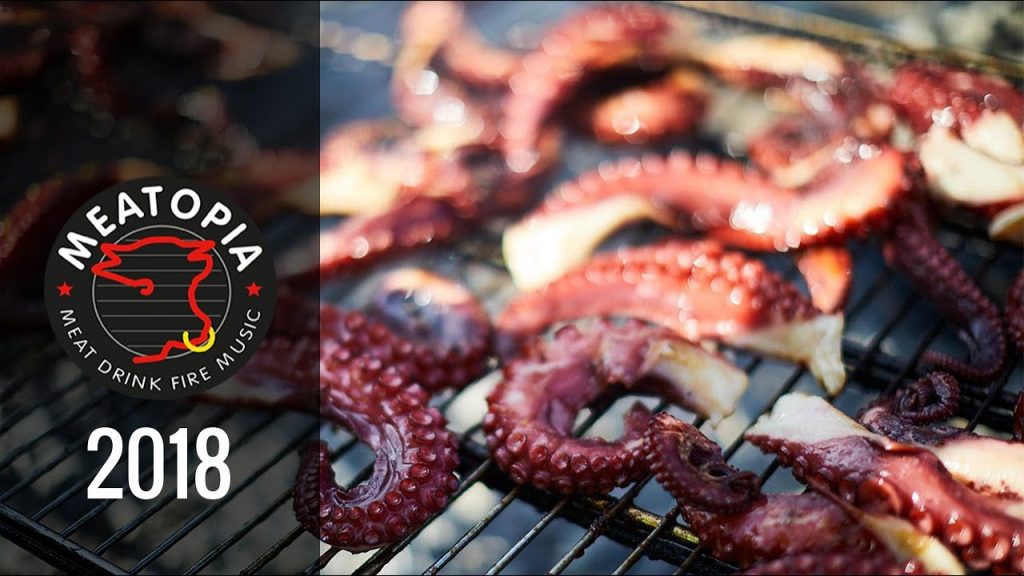 Expect to find some of the best BBQs, steak restaurants and rib joints all together under one roof at Tobacco Dock this weekend. Famed food establishments such as Pilgrim and Hawksmoor will be on hand cooking some ethically-sourced sizzling cuts over open fires. Live music will keep you entertained while you chow down on some of these delicious dishes. 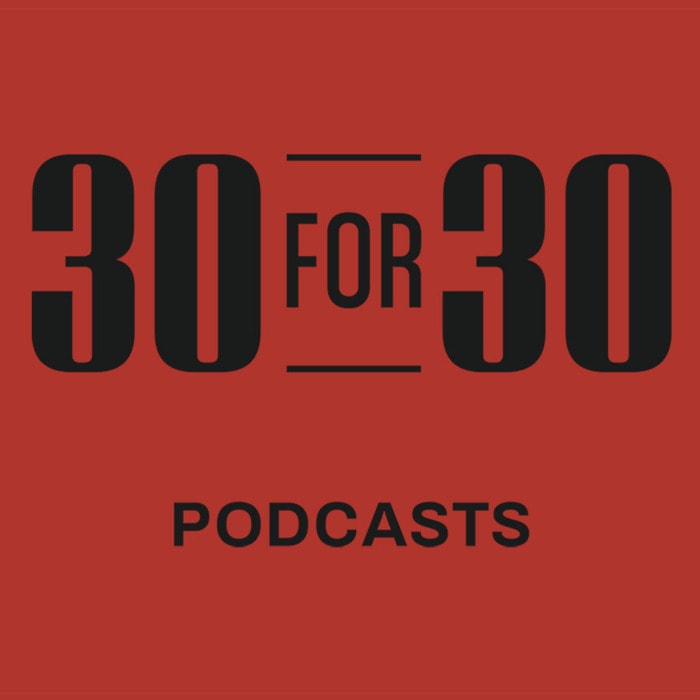 ESPN’s brilliant sports podcast series returns with a five part piece of content centred around the story of disgraced basketball billionaire Donald Stirling. We get the scandal around recorded tapes of Stirling with his mistress all ending in a big court showdown.

And there’s plenty of other corkers in the archives to delve into. Not least the tale of a huge casino caper where a famous poker player and his mysterious accomplice won millions utilising a playing card design flaw. 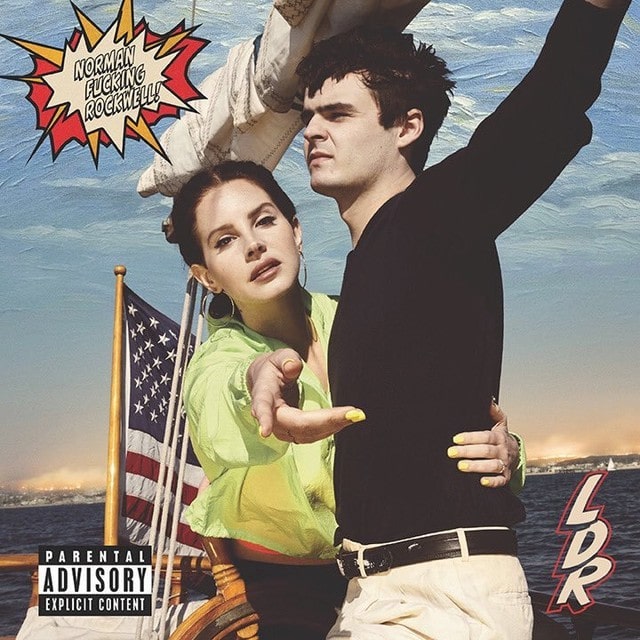 It’s sixth album time for the songstress Del Rey, and it’s probably her sweariest yet. Not surprising given the state of the world we live in, which Del Rey bemoans at every chance here. On her single The Greatest she worries that the end of the world is nigh with track ‘F*ck It I Love You’, a ballad about self-destruction. Cheery stuff indeed, but despite the overlying misery Del Rey’s music is as ever super listenable and streets ahead of most other releases. 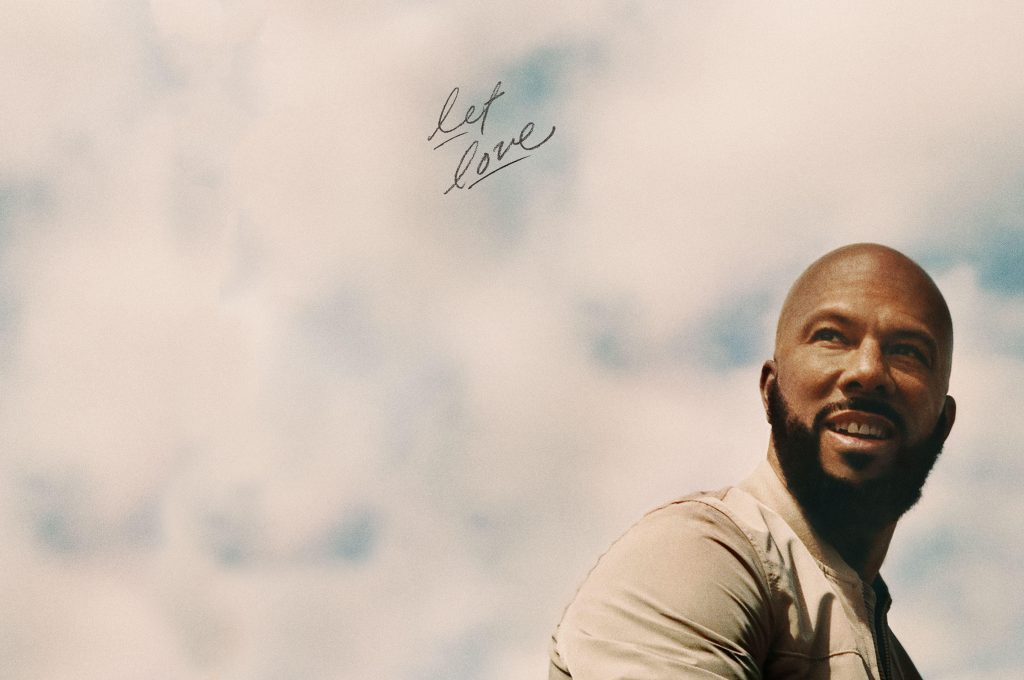 The multi-talented rapper, actor and activist, Common is back with his sublime brand of politically aware rap with new album Let Love. Having just released his memoir in which he gets open and honest with fans about his life experiences, the record echoes the book in being deeply personal. None more so than the track ‘Memories,’ where Common reflects on a time he was molested at just 9 years old. Listen to the track ‘Hercules’ here.

Exciting times to be alive as the 1982 Jim Henson classic gets the prequel treatment in the shape of a new 10-part series. The story follows three Gelflings – Rian, Brea and Deet – who inspire a rebellion against the Skeksis when they discover a horrifying secret behind their power that threatens their world of Thra.

If you currently have a big Game of Thrones shaped hole in your life than you might want to take a look at this new big budget fantasy series that’s heading to Prime. Here model turned actress Cara Delevigne plays an Irish pixie (stay with us)
who’s fled her war-torn homeland with other mythical creatures and gathered in a version of Victorian London.

Orlando Bloom plays a human detective trying to crack a series of mysterious murders taking place in the city. This series might prove to be telly Marmite with not everyone loving it. But those that do will find it very tasty.

It’s kill or be killed in this stylish thriller. The film follows a support group for killers (hence the title) as the members try to unravel the mystery behind which one of them is responsible for the assassination attempt on a U.S. senator that has the police authorities in the city on high alert.

But as you’d expect with a bunch of assassins they’re not an altogether trustworthy lot leading to high stakes fun and games. Gary Oldman and Jessica Alba star.

Sam Taylor-Johnson directs her husband Aaron in this adaptation of James Frey’s controversial novel. He plays Frey, a writer and addict who after hitting rock bottom heads for rehabilitation at a treatment centre in Minnesota, where he meets a cast of fascinating characters and kindred spirits. 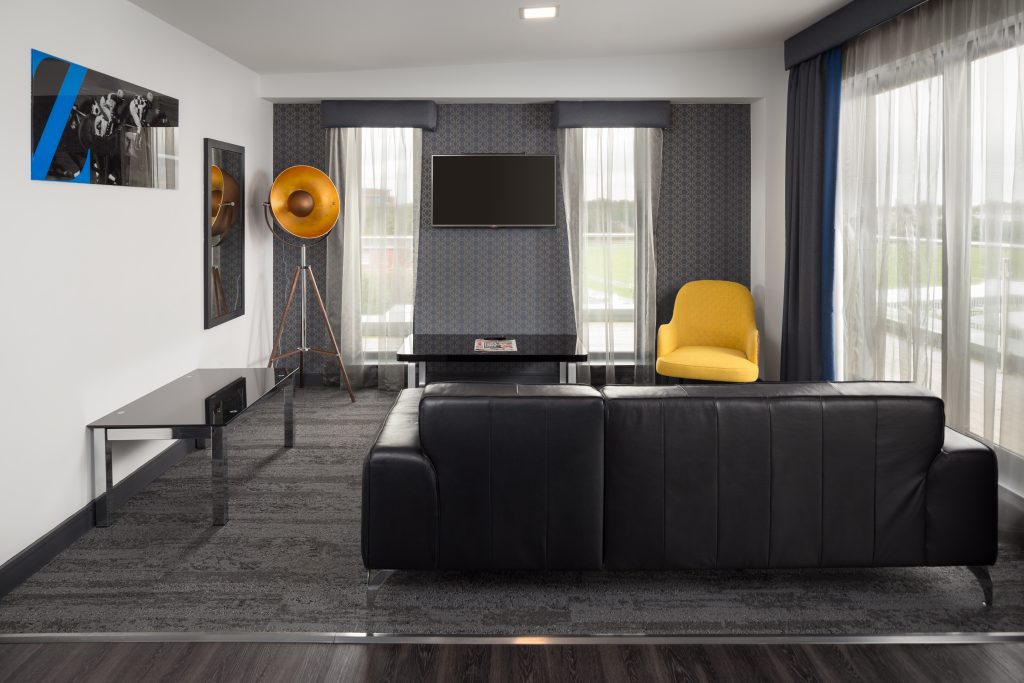 The MALESTROM has teamed up with boutique aparthotel brand Roomzzz to offer you a two-night stay at one of its nine aparthotels across the UK.

Who doesn’t love a weekend away? Whether you’re looking for a weekend away with the boys or you want to treat the love of your life to a relaxing city-break, we’ve got it covered.

Roomzzz is the perfect backdrop to any city break, offering something unique to its guests.  If you combine an up-market hotel with a modern, state of the art apartment, and add to that more security, all the luxuries you’d expect in a high-end hotel, all within spacious, airy living areas and a kitchen, then that’s Roomzzz.

There promises to be plenty of space to be yourself and all rooms are designed to make you feel at home.

When it comes to location, if you’re not at the heart of things, you’re nowhere. Always located close to the action, Roomzzz provides the perfect base if you want to hit the shops, check out the local eateries and bars, enjoy some sight-seeing or just chill out and take each day as it comes.

The only question is…who will you take if you win?

For a full list of Roomzzz locations please visit:  www.roomzzz.com