One of the greatest things about the festive season apart from the copious amounts of lovely booze and food we gorge ourselves with every year is the chance to have time to settle down in front of the box and enjoy some quality telly and some classic movies. Unfortunately with schedules packed with more repeats than ever and the usual ‘specials’ which end up being quite the opposite shoved down our throats, it can be hard to find anything decent to watch.

But don’t panic, we’ve scoured the schedules so you don’t have to, to deliver an alternative Christmas TV and Movie Guide from the best offerings on Freeview channels and streaming platforms. We’ve got some great wildlife docs, a new Scandi crime drama, a dose of slow TV to ease that Xmas blood pressure and much, much more. It’s The Weekly EDIT – Alternative Christmas TV & Movie guide.

A touch of light-hearted festive fun in the form of this Norwegian mini-series that’s been garnering some very positive feedback from fans in the last week. Following 30-year-old nurse Johanne who’s got 24 days to find herself a man or face the yearly disappointment and disapproval of her family.

A new true-crime docuseries from Netflix is set to drop this Wednesday, which is perfect timing for those endless days of the holiday season, and what a madcap story it is. The internet’s a crazy place where you’ll find some crazy people.

Richard E Grant narrates a look at the making of the Pogues and Kirsty MacColl’s classic Christmas song, with the group returning to the studio where the song was recorded.

Inspired by real life events this smart new Netflix movie tells the story of Cardinal Bergoglio, now Pope Francis (Jonathan Pryce) as he tries to retire from the church, but instead is summoned to the Vatican to meet with Pope Benedict (Anthony Hopkins) who might just have bigger things planned for the Argentinian.

Wildlife filmmaker Bertie Gregory braves freezing temperatures in this documentary which sees him having some close encounters with Arctic wildlife.

Movie critic Mark Kermode unwraps a selection of Christmas cinematic treats, revealing the film-making techniques and storytelling secrets that make them so successful.

This thriller starring Bill Nighy as Inspector John Kildare on the case of a serial killer running amok on the streets of Victorian London. Great watch for fans of Hammer Horror.

Grappling fans will love this fun film produced by The Rock. It follows the fortunes of real-life British wrestler Paige as she goes from plying her trade in bingo halls all the way to the bright lights of the WWE.

This feature-length film tells the story of a typical day in the life of an Inuit hunter in Greenland, as he travels across the stunning Arctic landscape with his dog sled, fishes through the sea ice, and finally builds an igloo. Slow, alternative Christmas TV at it’s best.

This great 70s Agatha Christie adaptation sees Albert Finney play detective Hercule Poirot as he attempts to work out whodunit from a train full of suspects including Sean Connery.

Mark Gatiss has been a busy man and this adaptation of the MR James ghost story should be well worth a watch. It sees John Martin (Peter Capaldi) on trial for the murder of a young woman, who takes hope from the fact she’s been seen since her death.

The League of Gentleman star Mark Gatiss steps into the mind of supernatural story writer MR James, for this documentary. In it he attempts to uncover the secrets of James’s inspiration, taking in locations from his childhood home to ancient churches.

The much anticipated second season of this hugely successful thriller is set to land on Netflix on Boxing Day. Where next for serial psycho Joe? LA of course where “everybody pretends to be something they’re not” and Joe is now Will!

It wouldn’t be Christmas without the annual tradition of seeing huge blokes pulling trucks and chucking huge weights over a high jump bar as they vie to be crowned World’s Strongest. Can the Icelandic mountain Hafþór Björnsson retain his crown? You’ll have to watch to find out. 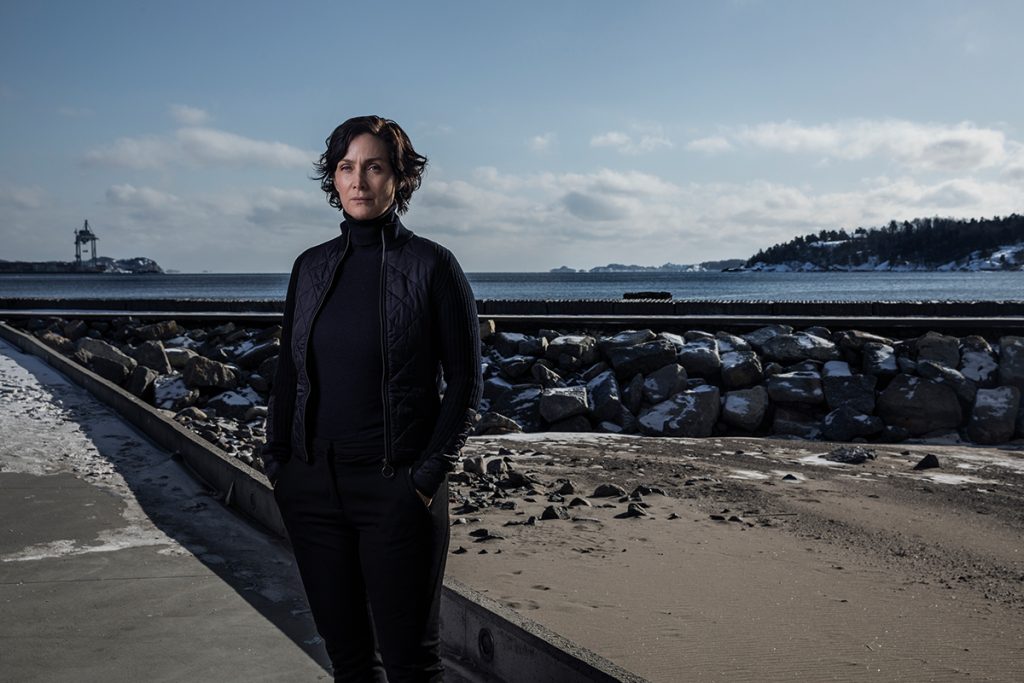 If you’re on the search for some new Scandi crime drama then look no further than Wisting. The Matrix star Carrie-Anne Moss plays an FBI agent chasing a US killer to the icy climbs of Norway. Sven Nordin plays the maverick detective Wisting who helps her track the criminal.

This doc sees one of our fave wildlife filmmakers, Gordan Buchanan, in Russia helping pioneering scientist Dr Victor Lukarevsky rescue and rehabilitate four lynx from the lucrative fur trade, before returning them four back to the wild.

This profile of the late INXS singer takes a deep dive into his personal life, demons and all, as home videos and recollections from his friends paint a portrait of an often troubled and complicated genius whose exploits live long in the memory.

This rockumentary charts the career highs and lows of the swaggering former Oasis frontman and follows him as he attempts to make a solo comeback. It’s all as cringeworthy as you could possibly hope and could easily be retitled ‘The Ego Has Landed’. Enjoy!

Tim Burton’s beautiful fantasy fairytale tells the story of Johnny Depp’s scissor fingered loner as he goes to live with a family in suburbia, all leading to troublesome events and a spellbinding conclusion.

After a slightly lacklustre second outing, our favourite dog-loving hitman played by Keanu Reeves is on top form in this third chapter. This time the world and his wife are out to take up a very large bounty on his head.

If you’re stuck in on New Year’s Eve, there’s no better lot to celebrate with than Jools Holland and his musical guests. As ever you’ll find an eclectic blend of musical stalwarts and the best new talent.

Comedian Rhys Thomas has put together a hilarious spoof look back at the events of what was a ridiculous year. Given the times we live in we could all do with a good laugh and this provides just that.

Get notified about exclusive offers every week!