It’s all go for some serious fun in and out of the sun this week in the UK. There are some top music festivals including a great line up of jazz and blues in Edinburgh, a ridiculous rooftop party in Dalston and some global taste sensations to be found at the National Geographic Traveller Food Festival. Here’s The Weekly EDIT. 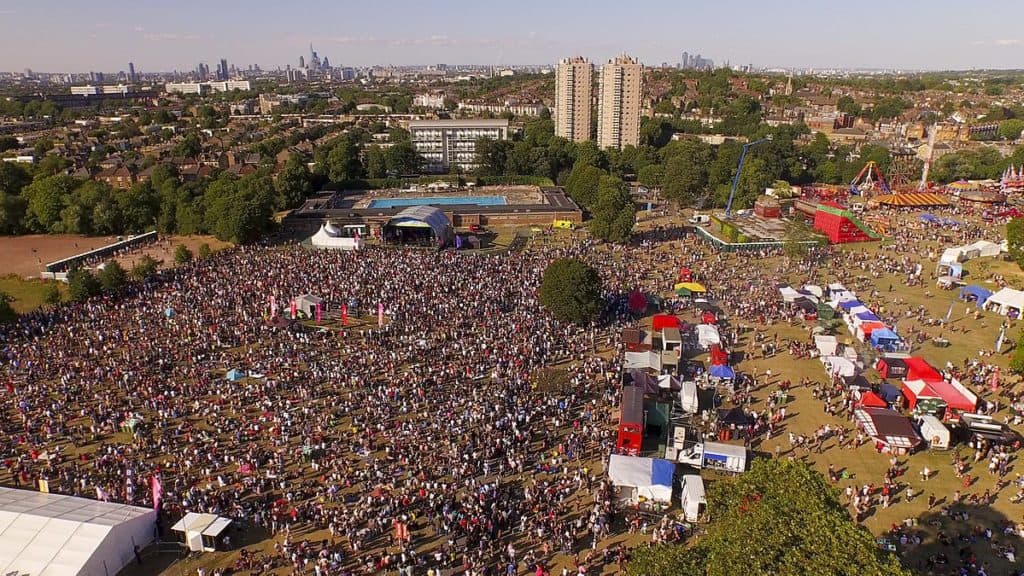 There’s nothing quite like the rather unique (and blooming massive) Lambeth Country Show which is now in its 45th year. Yes, everyone’s favourite South London chill out spot, Brockwell Park will once again be the setting for this free fun-filled two-day extravaganza, that’s part agricultural fair and part music festival. So alongside traditional livestock competitions and bird of prey displays, you can get down to some fine live music and this year even try your hand at samba dancing and live music. 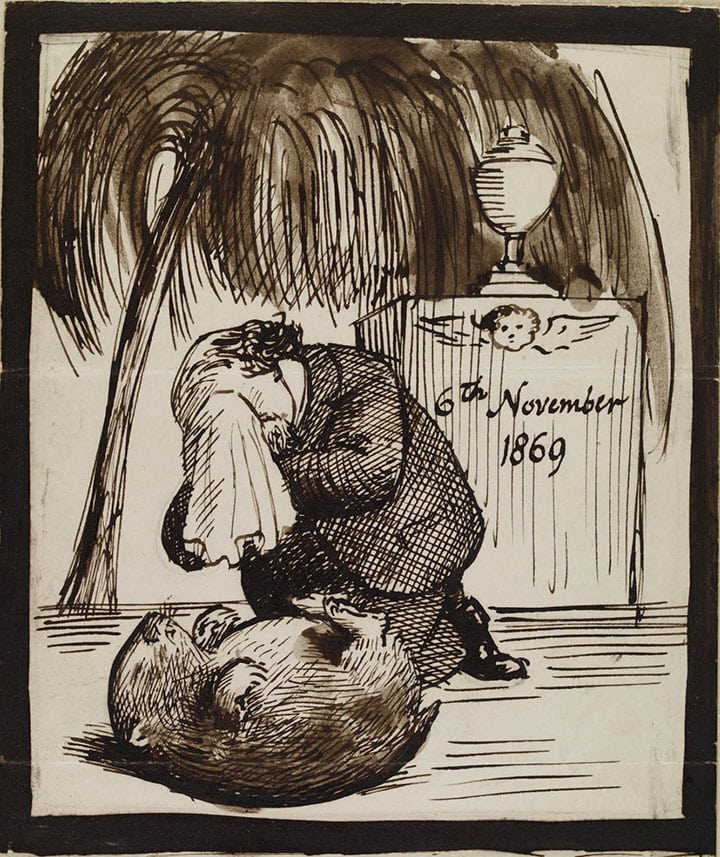 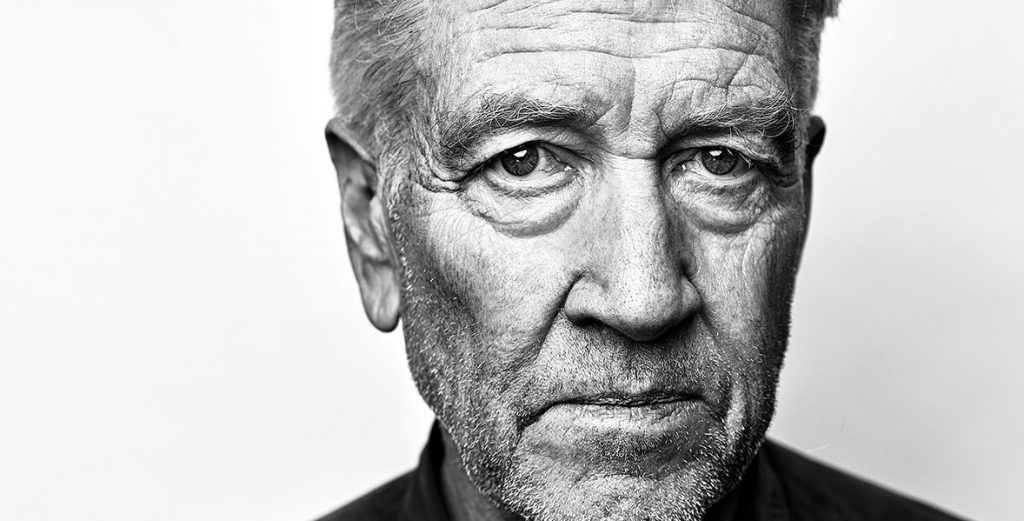 The Manchester International Festival is in full swing, bringing to the city a huge cultural line-up of music, theatre, dance and art. Perhaps of most interest this year is our favourite bizarro director and artist David Lynch is taking over HOME for a series of events, not least a free exhibition of his works, ‘My Head Is Disconnected’. This will be his first major UK show featuring paintings, sculpture and drawings. It will run alongside an associated film programme spanning the duration of MIF2019. 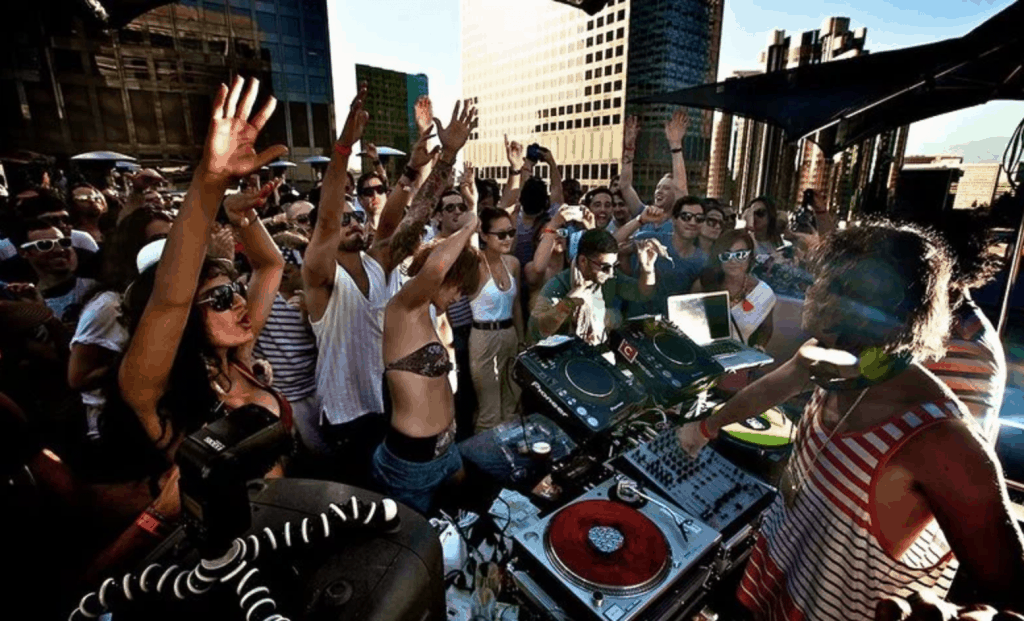 If you fancy having it large on a London rooftop this event in Dalston by promoters ByDay ByNight is for you. From mid-afternoon till late you can dance the daylight away to house and disco from the likes of Cameron Jack and the Collyer Twins that will be blaring from the top quality sound system. You can also quench your thirst at the cocktail bar and feast on BBQ and street food. And you know it’s going to get messy just because there’s a ‘glitter station’ on hand to get you party ready. 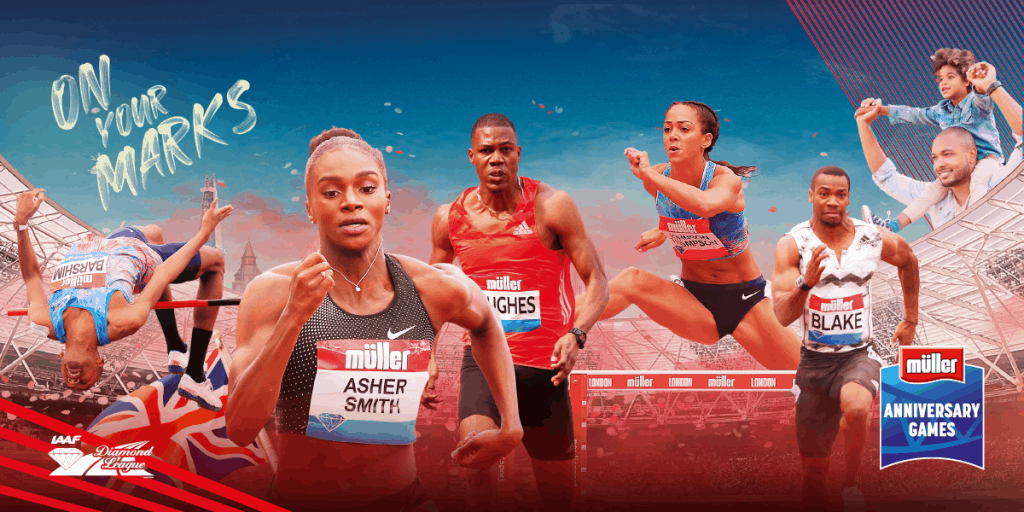 The British Athletics Anniversary Games returns again as a legacy event for those amazing London Olympics in 2012. Being a Diamond League event competition will be fierce as top British names like Laura Muir, Katarina Johnson-Thompson Dina Asher-Smith and Zharnel Hughes will take on some of the worlds best for bragging rights and extremely valuable points at the London Stadium. 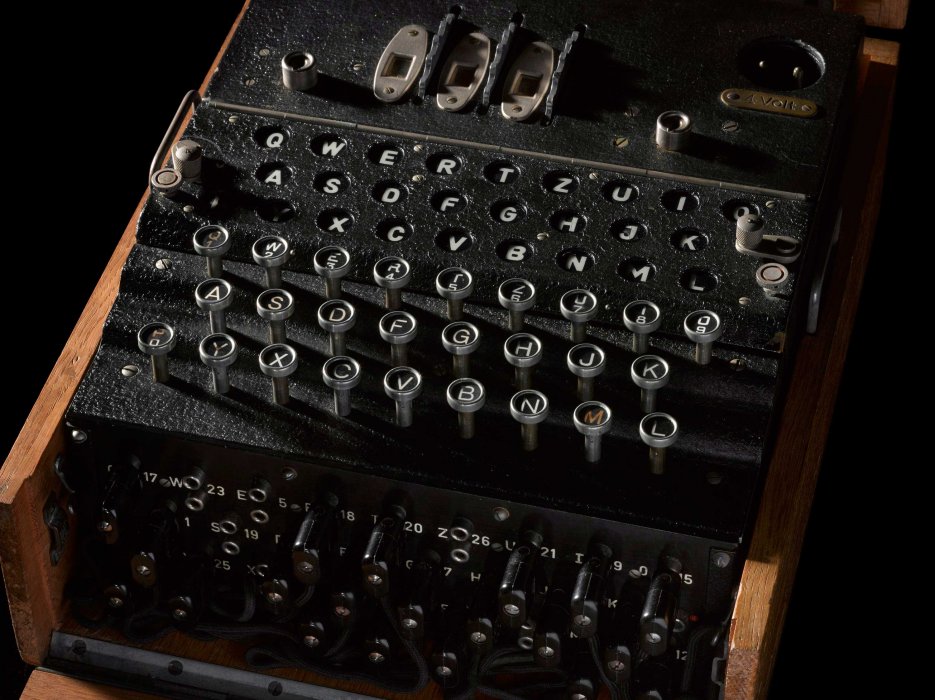 Top Secret: From Ciphers To Cyber Security is a new exhibition at the Science Museum that looks at all manner of spy secrets and surveillance from 100 years of our country’s history of codebreaking. The place is filled with fascinating artifacts from the UK’s Intelligence agency GCHQ, from cipher machines to one of the laptops used to probe the leaks of Edward Snowden and even the Nazis’ Enigma machine. Tickets are free, but you have to pre-book. Well worth checking out.

There are two days of world-class music to enjoy on Merseyside this weekend with the welcome return of the Liverpool International Music Festival. Nile Rogers and Chic will be the headliners closing out Saturday night in Sefton Park supported by chart-topper Ella Eyre among others. Disco Classical and the Manchester Camerata Orchestra are set to lead the way on Sunday, with special guest Sister Sledge featuring Kathy Sledge. Sunday also sees hip-hop legends De La Soul taking to the stage. And if you needed another reason to head down, tickets are a serious snip at just £11 each day.

Plenty for reveler to enjoy at this Nottingham based music fest that’s been taking place since 2008. Welsh wonders the Manic Street Preachers are the headline attraction this year capably supported by The Specials, who’ll be playing hits from their acclaimed new album and recent MALESTROM interviewees The Slow Readers Club will also be taking to their stage with their brand of indie electro. Should be fun. 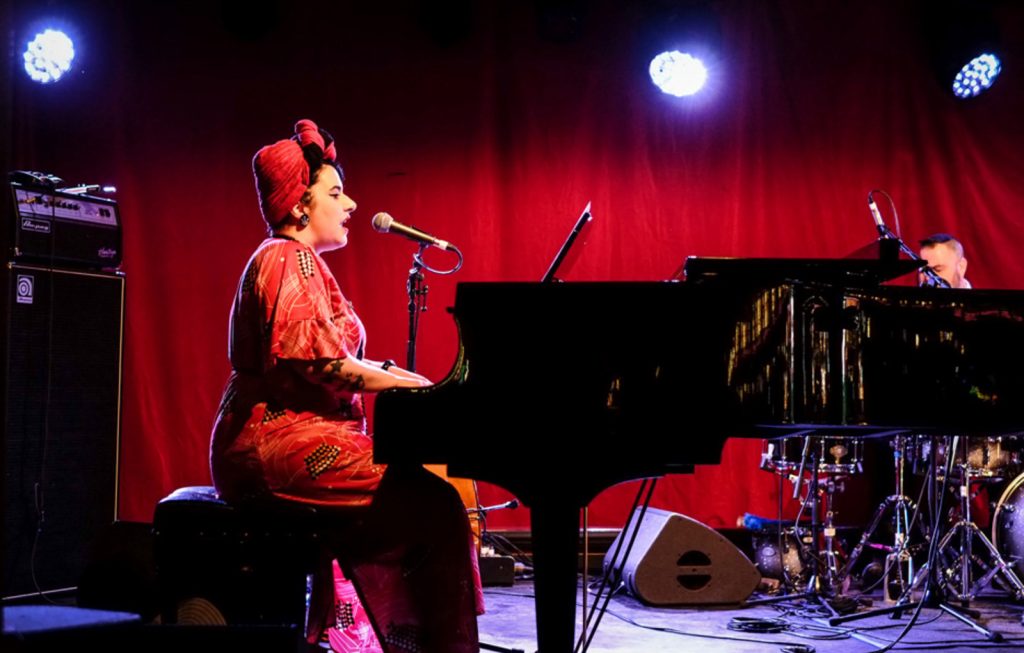 The biggest of it’s kind in Britain, Edinburgh’s annual Jazz and Blues Festival has already kicked off in the Scottish capital, but there are still tons of quality gigs to be found before Sunday’s finale. Some of the big names playing this year are Jools Holland, Davina And The Vagabonds (pictured) & Rumba de Bodas. With newcomers like Sons of Kemet also pitching up to brings some fresh vibes to proceedings. 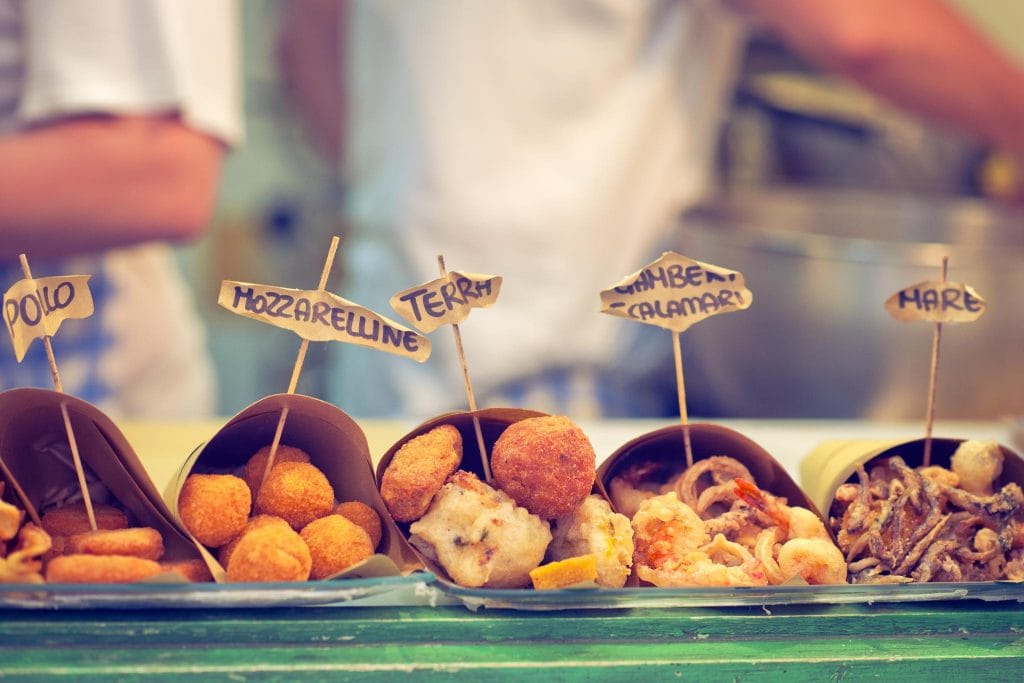 There are taste sensations from around the globe at the National Geographic Traveller Food Festival this weekend. In the main hall, visitors can sample from an assortment of exciting food stalls with dishes from Israel, Thailand and even further afield. There will be masterclass venues and live demos and interviews with Raymond Blanc and John Torode among many others. The festival is open from 10am-6pm on Saturday, and 10am-4.30pm on Sunday. 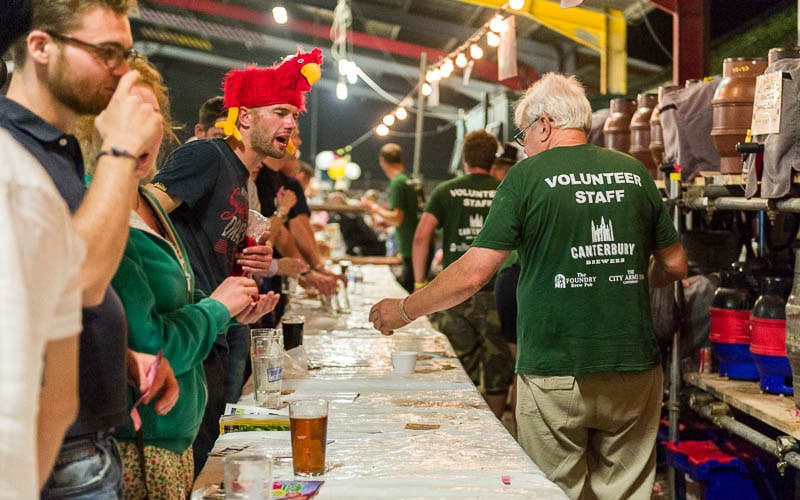 Kent has a rich brewing heritage so if you’re in the county this weekend where better to celebrate that fact than with a visit to the 45th Kent Beer Festival. Canterbury Rugby club will play host to over 200 real ales & ciders from the traditional to the more flamboyant. Add in some food, all made from top local produce, live entertainment and you’re all set for a few fun, not to mention boozy days. 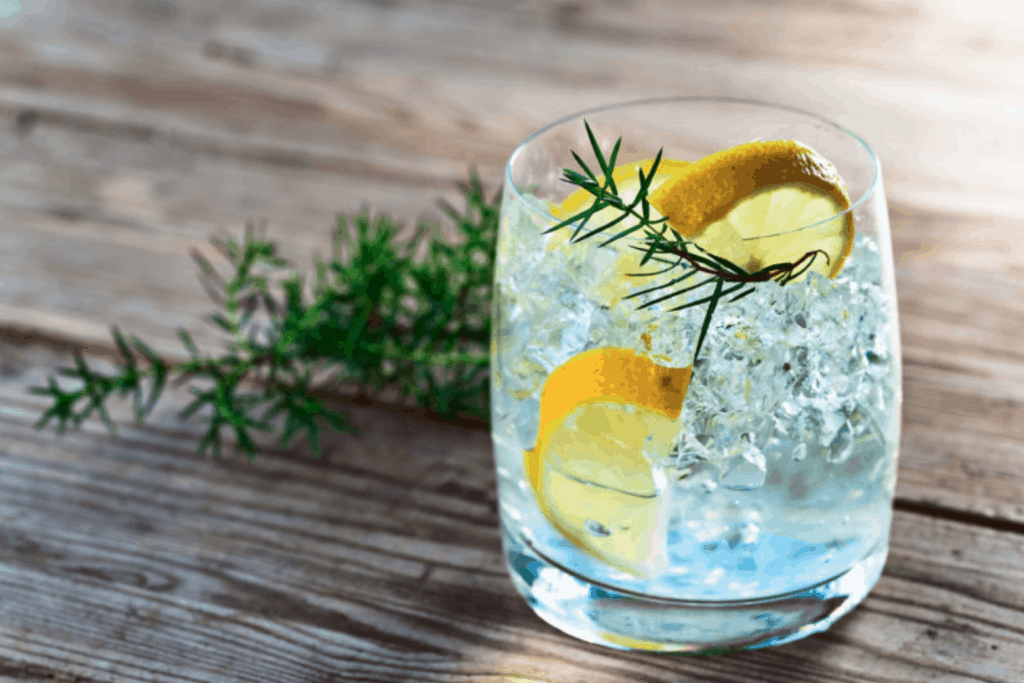 It’s gin heaven for anyone heading to Brixton on Saturday. At this fest you can indulge in a handpicked selection of special gins as you listen to amazing DJs and music in the outdoors. It’s also the place to be for crisp fans with free Hip Chips & dips ready for anyone peckish after getting stuck into the booze.

The Ballad Of Billy Balls (Crimetown Presents, Out Now) 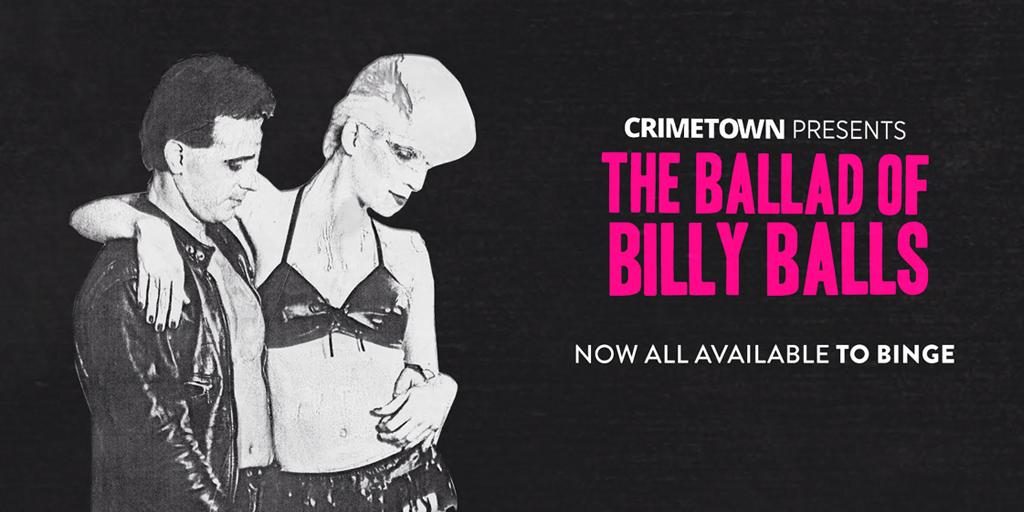 The newest series from Crimetown Presents (who also created The RFK Tapes) focuses on the unsolved murder of punk musician Billy Balls, with pieces of this puzzle relayed to us by his lover at the time Rebecca Wright. Author and activist iO Tillett Wright and Crimetown Producer Austin Mitchell unravel this mystery of love and loss, and binds of family, as they search for Billy’s cowboy-hat-wearing killer.

It’s the Radiohead frontman’s third solo album (not counting the Suspiria soundtrack) and this electronica based record is perhaps his finest to date. ANIMA’s ghostly melodic rhythms interspersed by Yorke’s layered vocals are at times something to behold. It’s filled with masterful melancholy and paranoia-inducing soundscapes we’ve come to expect from the musician. The album also has a brilliant accompanying film, directed by filmmaker Paul Thomas Anderson, which you can stream on Netflix. Listen to the rather lovely stripped back single Dawn Chorus HERE.

Jerry Seinfeld’s very funny Netflix series following the simple format of Jerry taking fellow comedians out to grab coffee and have a conversation, returns for its eleventh season. Here the star power is upped further with Eddie Murphy, Ricky Gervais (for his second time), Jamie Foxx, Matthew Broderick and Seth Rogen all joining the lineup. And their not the only stars with The Porsche Carrera GT  and the Lamborghini Huracan Performante among the automotive standouts.

Money Heist has been one of if not the biggest Netflix Original foreign series to date. The previous parts witnessed the biggest heist in Spanish history all cleverly devised by The Professor. The third season sees the crew return but under massively different circumstances.

It’s been talked about for what seems like forever and this long-awaited live-action remake of the Disney classic is finally here. After creating similar magic with The Jungle Book, director Jon Favreau oversees a seriously star-studded cast with Donald Glover, Seth Rogan, James Earl Jones and Beyoncé just a handful of the names appearing. We all know the story, with Simba the lion facing adversity to try and take his rightful place on the throne, but we’ve never seen it told like this with such astonishing visuals!

The Edge is the rock ‘n’ roll story of the England Test cricket team’s rise from the depths of the rankings to become the first and only English side to reach world number one. It charts the rise of the team and the huge sacrifices they had to make to get to the top which took massive tolls on bodies and minds. 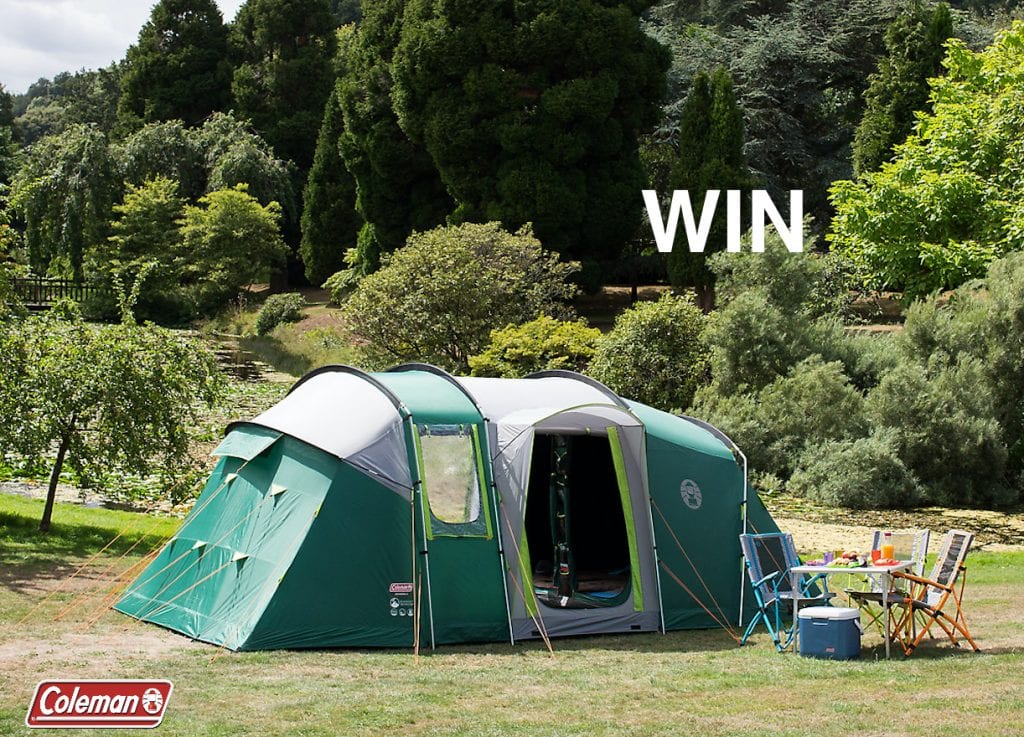 We’ve teamed up with our friends over at Coleman to offer one of their wonderful new tents, perfect for festivals and family camping trips.

New for 2019, Coleman’s Mackenzie 6 BlackOut tent is a spacious, easy to pitch cabin tent with great head-height and generous sleeping proportions. It’s been made with comfort in mind and is the perfect tent for taller campers.

Featuring three comfortable XXL BlackOut bedrooms which sleep six campers, one of which converts into two rooms with a removable divider to offer ultimate sleeping flexibility. The BlackOut Bedrooms block out 99.9% of light, so perfect for that morning after lie in, and the technology also keeps the bedroom warmer at night and cooler during the day.

The Mackenzie boasts clever features like a clothes rail and storage area to keep your clothes nice and neat, two doors and a three-layer window system combining mesh to keep bugs at bay and provide ventilation to stop all that nasty condensation. It’s also perfectly geared up for whatever the weather might throw at you with a sturdy structure, waterproof PE groundsheet which is fully integrated and an additional UV Guard SPF50 coating to ensure protection come rain or shine.

Coleman’s Mackenzie 6 BlackOut really is the tent you always needed in your outdoor life.

When you buy a tent from the Mackenzie and Valdes ranges from selected retailers, Coleman is currently offering you the opportunity to get a free Camping and Caravanning Club membership worth £45.

You can find the list of participating retailers and more information here: https://www.coleman.eu/uk/t-UK_Promo_Camping_and_Caravanning.aspx