World Cup 2018: Introducing Tunisia – Everything you Need to Know about England’s Opponents

There is an area in Bennington County, Vermont called Glastenbury, part of the Green Mountain National Forest where a number of years ago, a series of bizarre incidents occurred that to this day have never been appropriately explained. This section of land is commonly referred to as ‘The Bennington Triangle’, a term coined by local author and aficionado on the mysterious events there, Joseph A. Citro. He claims that for many years prior to the unexplained disappearances, a number of other strange incidents can be attributed to this triangular plot of land.

There are many well-documented areas particularly in the US that are associated with periods of strange activity, black holes if you like, places that seem to blur the boundaries between this world and another. Like Stranger Things but without the eighties nostalgia. America is full of them, desolate buildings where untold horror once occurred, dense forestry that according to locals is inhabited by Big Foot or the equivalent.

And the Bennington Triangle is one such place, where in 1945 the mysterious disappearance of Middie Rivers preceded the vanishing of a number of others, some experienced hunters and hikers, that have left all who’ve delved into the goings on, well quite simply baffled.

An idyllic setting of woodland and forest, it’s cloaked by a number of small historical towns that are both picturesque and inviting. Previously logging towns, there’s not much activity to be seen these days, however the mystery and intrigue remains. Over the years there have been countless reports of UFO’s, Sasquatch, paranormal activity and of course people disappearing into thin air. Sure there could be a simple explanation, native wild animals, a trick of the natural light, or an area of deep woodland that is hard to navigate and easy to get lost in.

However, it would seem strange that despite the numerous accounts and tales dating back to the early nineteenth century, in a short period between 1945 and 1950 certainly five and possibly more people just disappeared with no trace, never to be seen or heard from again.

The first disappearance as mentioned earlier was in November 1945 when Middie Rivers, an experienced hunter and fisherman of 74 years of age, who was extremely familiar with the area, went missing in the blink of an eye. While leading a group, he wandered off by himself in a spot known as ‘Hell Hollow’. The last time according to accounts that he was seen was just before 4pm, which is significant but we’ll get to that later.

There are also reports that one or two cartridges were retrieved from the riverbed at Hell Hollow Brook, but other than that, of the more than 500 strong team of National Guard and local volunteers who searched the area, not a single trace of Middie Rivers existence was uncovered. Of course age was not on Middie’s side should he have injured himself or had a sudden turn of some sort, but still, not a single trace?

The following year in early December, 18-year-old Paula Welden, a sophomore at Bennington College had just finished work for the day, and returned to her dormitory. Announcing to her roommates that she fancied going for a walk and some fresh air, she set off on a hike up the Long Trail, an extremely popular and well-used stretch of track, at around 4pm. This is known because she was spotted twice, once by a local couple and then by some campers. However, after that there is no trace of Paula Welden to be found.

The search and rescue mission was huge, on a massive scale in part thanks to her reasonably wealthy parents. So much so that a helicopter was utilised, something pretty unheard of back then, and with the support of the FBI, the promise of a $5,000 reward for any insightful information, and coverage in the New York Times, it’s remarkable that no clue was ever uncovered. One piece of information that is tangible however, is that snow was forecast and according to reports Paula was underprepared with only a light jacket and a pair of trainers on, however that could also suggest she had little intention of going on a particularly long trek.

Rumours have suggested that a difficult relationship with parents saw Paula and a boyfriend run away together.

Exactly three years to the day later on December 1, 1949, ex-military man James Tedford also fell victim to the Bennington Triangle, or at least vanished into thin air while in the area. This is certainly the strangest of the disappearances in the fact that Tedford was onboard a moving bus at the time he was last seen, or at least that’s how the fantastical story goes. Having been in St Alban’s visiting family, Tedford boarded the bus back to Bennington where he resided at the Bennington Soldiers Home for retired veterans. 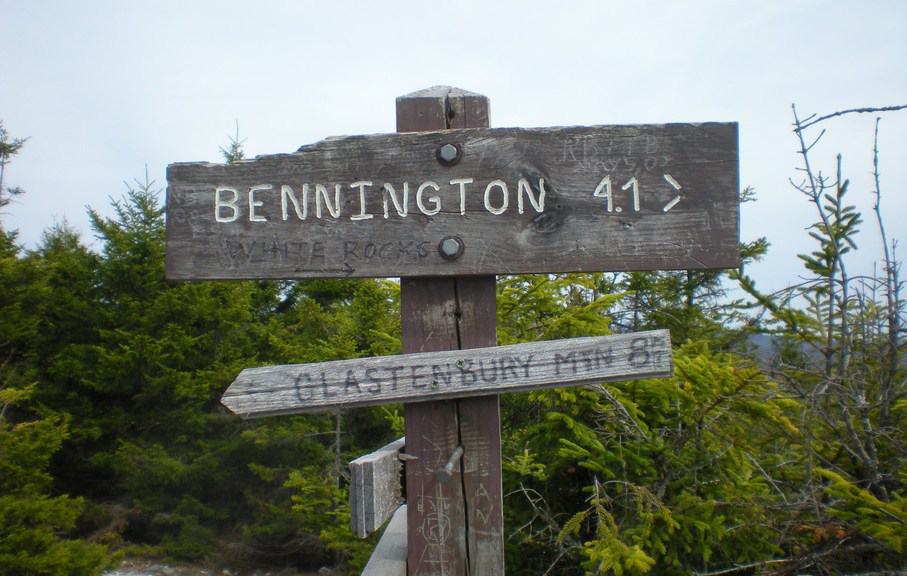 In truth the details here are a little sketchy. Of course there would be numerous stopping points along the journey and it’s highly unlikely that either the bus driver or fellow passengers would pay a great deal of attention to other people on board. However, at some point along the route James Tedford vanished and was never seen again.

In fact it was a week or so later before any investigation took place, when the Soldiers Home contacted Tedford’s relatives enquiring as to his whereabouts. By which point one would have to assume that those making the same journey would probably not have a very clear recollection of the details of what went on, including the last time he was seen. One thing that is known is that his luggage had been left in the rack and a bus timetable was found on his seat.

Next to fall prey to the curse of this mountainous region was 8-year-old Paul Jepson, who disappeared in October 1950. Having joined his mother as she tended to some pigs at a local farm, she instructed her son to stay in their truck, while she went about her duties. On her return, Paul was nowhere to be seen.

Authorities brought in a bloodhound in an effort to trace his scent and successfully managed to track his movements to the approach to Glastenbury Mountains, certainly a couple of miles from the truck and eerily close to where Paula Welden was last seen. Once again, no trace was ever found however a number of theories surfaced. One being that Paul was abducted, taken from the truck, but if this was the case it seems strange that he was tracked by the dogs to a specific point.

Surely a passing car or hiker would’ve have seen something untoward, although in the same vein, an eight-year-old boy walking alone would raise similar suspicion.

Another more alarming supposition was that his parents were somehow involved and poor little Paul Jepson was fed to the pigs they tended, however his father was deeply concerned by the fact that his young son in the run-up to his disappearance had shown a strong interest and desire to go to the imposing Glastenbury Mountain and explore its surroundings. What is known is that on the evening that followed, there was extremely heavy rainfall and a small child would inevitably get lost in the dense forestry, possibly looking for shelter he froze to death before being engulfed by nature.

Finally, there’s the story of Frieda Langer who vanished later that same month, having been on a camping trip with her cousin Herbert. Setting off on a hike in the area that she was well accustomed to, Frieda slipped and fell into a brook. Soaking wet she suggested to Herbert that if he would be happy to wait, she would pop back to camp, get changed and return. The camp itself was only a hundred or so yards away, and having waited patiently for what seemed like a longer than necessary period of time, Herbert decided to head back to camp himself.

On his return, it was clear that Frieda had never made it back and in a panic the authorities were contacted. Another enormous search and rescue operation was launched with a vast amount of manpower, however absolutely no trace was to be found.

That is until the following May when some hunters stumbled upon Frieda’s heavily decomposed body. Success at last, well there was an alarming discrepancy, the area where her body was found had been extensively searched by law enforcement, so in the days after her disappearance, the body wasn’t where it was finally found. How did it get there? Had this experienced hiker who knew the area, simply got lost for a few days managing to avoid the sight and sound of a massive search operation?

Frieda remains the only body or clue to have ever been found, but the circumstances were equally perplexing. Her body was so badly perished, no cause of death could be identified. Even more bizarre is the fact that after this brief five-year period, no known disappearances have occurred, so what on earth went on? Was it just a mix of coincidence and bad luck?

Is there a mysterious and ungodly force at work in the Bennington area? There have certainly been some accounts of campers hearing strange noises and seeing lights flashing in the distance. Could some form of extraterrestrial activity have occurred between 1945 and 1950? One other claim is that Bigfoot roam the foreboding forests and are responsible for what went on.

A serial killer seems a stretch, given the vastly different age of those missing, there’s nothing to link them, and as is well documented serial killers tend to strike the same sex and age. The time and date is of interest, in at least three of the incidents, it was round about 4pm and on all occasions, the disappearances happened between October and December. It’s a mystery that will remain such, with theories and rumour filling in the gaps.

One thing’s for sure it’s a brave person who spends some time alone in the unforgiving territory of Bennington Triangle.