Allow us to set the scene. It’s July 1954, and it’s another typically busy day at Haneda Airport in Tokyo, Japan. A smartly dressed businessman, much like any number of the other passengers files through the airport and makes his way to customs. From this moment forward a sequence of events unfolded that have left all who hear the story puzzled and concerned as to who on earth (or possibly not as the case may be) was the mysterious man from Taured?

Approaching the customs officer our mysterious passenger was questioned in the usual manner. The purpose of his trip? Business he explained, the third time he had made the trip that year. Asked where he had travelled from, our apparently French speaking, but multi-lingual businessman explained that he had journeyed from Taured, and it was at this point, that the waters got somewhat muddy.

Our rather perplexed customs officer expressed he had never heard of such a place, and the passenger produced his passport – issued by of course the nation of Taured. Taken for further questioning he was asked to explain exactly where Taured was on a map, and he pointed immediately to a location right by the French and Spanish border which was Andorra. 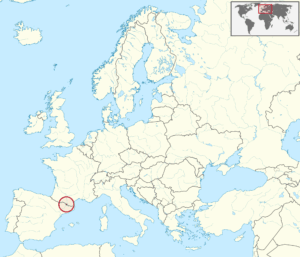 However the confusion didn’t stop there, outraged that his homeland, which had been in existence for over a thousand years, had been removed by the cartographer of this particular map and replaced by the fictional nation of Andorra, things quickly reached a stand-off.

The gentleman was carrying on his person numerous currencies – a result of the many business trips he frequently made, a chequebook that didn’t balance, mainly because the bank that issued it seemingly didn’t exist either, and when airline officials contacted the hotel he had claimed to have booked into, no such reservation had been made! 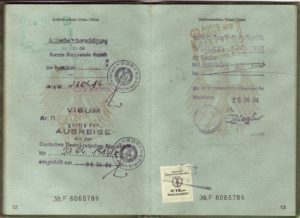 Confiscating his documents and personal details, it was decided that our Tauredian (why not?) would be best off being put up in a nearby hotel until this whole confusing situation could be resolved.

A guard was placed on the door and just when you thought things couldn’t get anymore curious, the following morning he had completely disappeared. Not only had the man from Taured vanished, but so had all of his documentation and personal effects that had been locked up safely in immigration.

A search began in haste but to no avail, the businessman who appeared from, for want of a better word nowhere, had seemingly gone back there?

One particularly alarming issue that was troubling the police was the fact that his room was high up in the multi-story hotel building, with no balcony and above a busy street. How can all this be explained? Well there are as with any great mystery a number of theories.

One of the more popular and oft-cited theories around this case is that our man from Taured was indeed from Taured, it’s just that it happens to be in a parallel universe. Yes, it was accidental time-travel that was responsible for bringing him to the Japan in this dimension. One minor issue here, how come the parallel earth he’s from has a Japan, a Spain and a France but no Andorra? Interesting indeed, we may never know. Who’s to say also that we don’t encounter parallel beings on a daily basis, I mean how would we know otherwise? 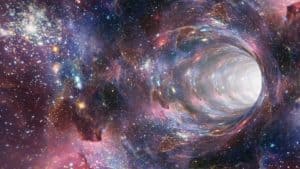 Was he a ghost having a spot of fun at the expense of the Japanese Customs and Immigration team? Perhaps Taured exists and they just like to keep themselves to themselves. Maybe he was a spy, who’s cover had been blown at a time when Airport security was not quite as tight we are used to.

Or perhaps it’s just an elaborate internet hoax, a made up story to satiate all of us who love nothing more than an unsolved and unexplainable mystery.