Looks like it, though the government’s been struggling to cobble together a response to the upsurge in Covid cases. Leaving the rest of us struggling to figure out what we’re allowed to do, when, and where. As our Political Correspondent Peter Spencer reports, many are saying Boris’s bodging beggars belief.

Remember the headline a week ago? Northern England in new lockdown shock!

That was the plan, but then it wobbled. To the exasperation both of those in favour and those opposed to it.

If there’s one thing worse than Whitehall knows best it’s Whitehall not knowing anything. That consensus, emerging from local leaders, is what Bojo’s been up against.

Problem being there’s no consensus anywhere much.

The Cabinet’s priorities are split, over the health of the economy versus the wellbeing of the people.

There’s also the small matter of the government trying to remain in power, as well as in office.

Boris’s eighty-strong parliamentary majority doesn’t look so strong when something approaching that number of his own backbenchers are ready to kick up over his latest wheezes.

Scientists also disagree about whether shutting people away from one another is really the way forward.

A significant and vocal minority argue it’d be better to shield the most vulnerable and let the rest develop herd immunity.

This has exasperated the official boffins’ body, SAGE. But they recognise reality.

As the writer Mark Twain put it: ‘A lie is halfway round the world when truth is still putting on its boots.’

Not that the British public seems up for taking chances. New YouGov polling for Sky News shows a two-to-one majority in favour of keeping the current rules in place for the rest of the year.

And almost half of those questioned would back a return to a full national lockdown if the government wanted to impose it.

Problem is, its indecision’s felt final lately, according to the Labour Leader Keir Starmer, who’s clearly made up his own mind. To take the gloves off.

It might help, he added, if it gave up on its ‘misguided, arrogant and counterproductive’ attitude and brought regional authorities into the loop.

Oh and BTW, bolstering testing and tracing capacity would help. ‘We don’t need a world-beating testing system, we just need one that works.’

He wrote these words in the Daily Telegraph, aka Torygraph, knowing it chimes with much of the commentary to be found even there. Also in the well-judged view its readers would share many of his sentiments.

Especially as last week’s cockup was the latest in a long line.

The computer said no to tracers trying to clear the backlog of an estimated forty thousand contacts. While reliance on a hopelessly out-of-date system meant nearly sixteen thousand infections were missed.

Given that what some call the ‘novel’ coronavirus is now anything but, it begs the question how long it does take to get stuff up and running.

At least medical professionals in the front line are getting the hang of things a bit better.

According to the i newspaper, the proportion of people dying in hospital from Covid-19 is much lower now than in spring.

The number of patients in wards and intensive care units is now as high as in March, but doctors and nurses have found better ways to treat them and protect the most vulnerable.

Every little helps, as the slogan goes.

Except for the little extra something MP’s may find in their pay packets this year. An embarrassment to many of them.

In linking their rise to the public sector average, the powers that be look to be upping their wages by getting on for an extra three-and-a-half grand.

Not a good time, when so many others are facing hard times, that could shortly get a whole lot worse.

With a crucial EU summit coming up, the departure deal the nation so desperately needs risks being shafted by the pandemic.

Though British and European negotiators are inching close to agreement, national leaders have been too busy dealing with coronavirus to keep up to speed on the detail.

Meaning they could at the last minute find little things they don’t like, and bin the lot.

As one diplomat put it: ‘Boris keeps saying that a deal is oven-ready but .. anything half-baked can be dangerous and unpredictable.’

Likewise an increasing number of Tories from the shires, who’re hopping mad at new planning laws in the pipeline.

Algorithms have been getting a bad press ever since this summer’s exams fiasco, or clusterf*ck as many styled it, when the computer so unfairly failed so many kids.

But now the government’s come up with another. This one designed to boost building in southern England, where affordable homes are urgently needed, and to depress it in the north. Where, depressingly, it isn’t.

Might look good on the drawing board, but sucks on the ground, especially as no nimby objector will get a look-in.

Scores of Tory backbenchers have joined a chat group in which they can vent their fury at what one of them calls: ‘A mutant algorithm cooked up in the wet market of Whitehall’.

Against the backdrop of a devastating pandemic and potential catastrophic crashing out of the European Union it might sound like small beer.

But in forty years at Westminster this correspondent recalls only one instance of raw, red-faced rage in the chamber.

It was when a bus lane was suddenly inserted in the section of the M4 approaching west London, causing serious tailbacks.

Finding this was one queue even they couldn’t jump, normally entitled MP’s were apoplectic.

It’s what they do, when something really really gets up their noses.

It took the Great Stink of 1858, when the Palace of Westminster smelt like the Poo-bin of Westminster, to get the government to sort the sewers.

With commons votes coming up, this is a space worth watching.

Daresay some will tune in on political news anyway in the next few weeks, if only out of curiosity, when the once near-clandestine briefings of lobby journalists, finally appear on telly.

Former Guardian hack then Beeb and ITV presenter Allegra Stratton has been chosen as the face of Downing Street. Meaning overnight she’ll become more recognisable than most members of the Cabinet.

OK, his policies might have helped, here and there. Case in point his new extension of the furlough scheme, giving workers at businesses forced to shut two-thirds of their salaries.

Still, what’s a book for, but to be judged by its cover?

Think Gordon Brown. He who single-handedly did more than anyone to save the world economy from disaster in 2007 was such a rubbish communicator he ended up widely blamed for it.

Ms Stratton is quoted as saying ‘I don’t do spin’. We’ll see.

Tony Blair’s man Alastair Campbell once insisted ‘we don’t do God’. While many others reckoned he didn’t need to. As he thought he already was.

Not that the latest development is the answer to Sir Lindsay Hoyle’s prayers.

As Commons Speaker, he’s always grumbling that this government tells everyone else what it’s up to before it lets parliament in on the secret.

But he won’t let it drive him bonkers. Because, he explained to colleagues last week, he has a mini-menagerie to cheer him up.

Not only Maggie the tortoise, Dennis the cat and Gordon the Rottweiler, but also a parrot called Boris.

You wonder if that inspired the other Boris to hire his new mouthpiece. You don’t buy a dog and bark yourself. Same thing, surely?

Download Peter’s new novel, Pitfalls of Power: Plot on the Landscape, for free this week HERE 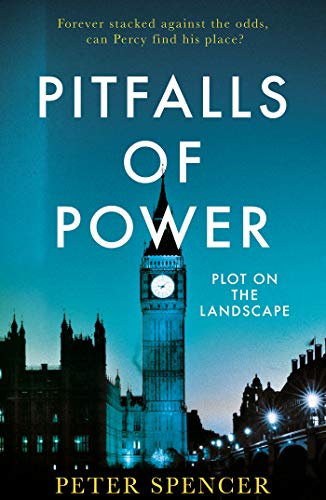