Meet Marty – the young Marty Scorsese. He lives in the 70s and is a man obsessed. His passions are two fold and unique – religion and the cinema. Scorsese is about to bring both together with amazing results.

As a boy growing up in New York’s Little Italy, Scorsese serves as an altar boy. He is entranced and overwhelmed by Catholicism. Soon, he wants to be a priest.

Let me quote you Mary Pat Kelly, a former nun and one of his best biographers on Catholicism and Marty. ‘At a very early age he imbibed a sacramental view of the world. He believed that transcendent moments could be reached through material means.’

Sounds like she could be talking about film, right?

Scorsese suffers from asthma. Badly. His illness means he can’t hang out on street corners. A lot of his youth is spent indoors watching films. The films he watches are about redemption, about transcendent moments which change people forever. He soon grows to love John Ford, Alfred Hitchcock, John Huston, Howards Hawks, Fellini, Truffaut, Godard, Rossellini – a mix then of great American cinema infused with an European (in truth mainly Italian) sensibility. This will mark his work to come.

Of course the dichotomy he faces is that his neighbourhood, is filled with the sinful – gangsters, pimps, drug runners, all jostling next to hard working, moral Italians. This setting, these contradictions, will fuel his best movies.

He grows up in the Sixties, a time of great ferment and revolution, a time of questioning authority, and he quickly falls in love with the music of the times. In late life, he will work with and make memorable movies with or of, The Band, George Harrison, Bob Dylan and the Rolling Stones.

His first film (there were shorts before that of great interest but I want to get to the story quick) is set in his neighbourhood and is called Who’s That Knocking At My Door. It is raw and gritty and sometimes clunky but it sets the template for his future works – neighbourhood guys acting out their lives, searching for meaning and always falling short. Furthermore, they are usually given a great musical soundtrack to accompany their haphazard journeys.

After making this film, Marty (as he is now known) realises that the only way to achieve his dream of being a top name director is to relocate to Hollywood. He does so in the early ‘70s and makes a connection with a film director, producer, name of Roger Corman.

Corman’s nickname is The Pope Of Pop Cinema. His films are shot quickly, with low budgets and fizzle with energy. His major contribution is his series of films based on Edgar Allen Poe stories. His no nonsense style attracts to him young directors such as Coppola, Bogdanovich, Cameron, (James not David) Roeg, Sayles, Demme and Howard (Ron not Hawks).

He hands Scorsese a script called Boxcar Bertha, a film set in the Depression. Scorsese spends days working out his camera angles and location. Corman looks at his book of finished sketches and after ten pages, says, ‘You got the job.’

Boxcar Bertha stars a young Barbara Hershey (Scorsese would later cast her in his controversial flick The Last Temptation Of Christ) who at the time, says she has never worked with a director brimming with so many ideas. When  the film is finished Scorsese shows it to John Cassavettes, the director at the helm of the American film underground.

Cassavettes watches it and then turns to Marty and says, ‘You have just spent  a year of your life making a piece of shit. You’re better than that stuff, you don’t do that again.’

Cassavettes asks the crestfallen director if he has a pet project, a film he is dying to get made. Scorsese says that he does. It is called Season Of The Witch and is based in his Little Italy neighbourhood. But it needs work.

‘So do it,’ says Cassavettes. And thus Mean Streets is born,

Emboldened by Cassavette’s prognosis, Scorsese sends the script to Roger Corman. Corman agrees to make the film – but only with an all-black cast. Scorsese is intrigued by the idea but then he meets the Band’s manager, a guy named Jonathan Taplin. Taplin loves the script and agrees to raise the money ($300,000) if Corman agrees to distribute the film. Corman nods yes and Mean Streets goes into production.

Scorsese’s main idea is typical of his sensibility. He wants to mix religion with gangsters, to create a modern day saint (Charlie played by Harvey Keitel) and then place him in a society full of made men. In other words, the world he has grown up in, the world Springsteen recognises in his early song, It’s Hard To Be A Saint In The City.

Thus the film opens with Charlie in church asking for guidance and  a sign. The sign turns out to be Johnny Boy (played by Robert De Niro) De Niro meets Scorsese in 1972 at a party at the house of Jay Cocks, a screenwriter who recently penned Scorsese’s last film, Silence.

The two grew up in the same neighbourhood but their paths have not crossed in a meaningful manner. In De Niro’s words, ‘We had a crossover of friends.’ De Niro has seen Who’s That Knocking and likes the film a lot. He senses a kindred spirit and wants to work with Marty but as the main role has already gone to Keitel, he feels he should look elsewhere.

Keitel does the world a huge favour and persuades him otherwise, tells De Niro he will be perfect for the role of the wild and totally unhinged cannon that is Johnny Boy. De Niro takes the part and in doing so kickstarts one of the greatest relationships in cinema.

His performance is amazing. Full of energy, full of spite, full of unrepressed anger, he grabs each scene with a power that is mesmerising to watch. I am already thinking of two scenes. One where he jumps on a table and beats off the opposition with a snooker cue. The other when he dances to Mickey’s Monkey by The Miracles. Oh and when he enters a bar and hands in his trousers at the cloakroom or when he and Harvey improvise about his paying money back. 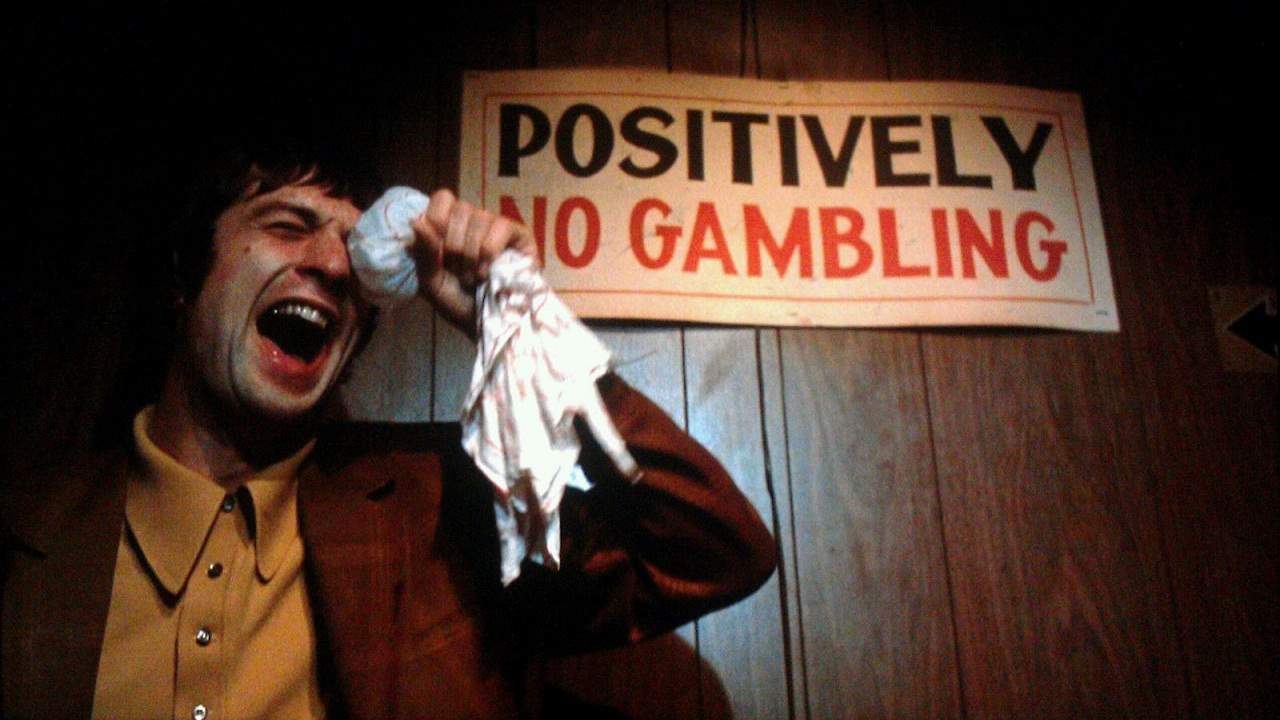 Also – Johnny Boy is Charlie’s cousin and however much he remonstrates with him, Charlie cannot control this maniacal hoodlum who borrows money from everywhere, drops dynamite into post-boxes, shoots guns into the air, and finally – and tragically – insults a mafia boss to his face, telling him what a fool he is to lend him money, and then pulls a gun on him. Five minutes later, as he and Charlie try to escape town, he has a bullet in his neck.

This breakthrough performance brings De Niro to the attention of the world. Soon, he will be acting for Bertolucci, Coppolla and Leone.

‘The kid doesn’t just act,’ one critic wrote, ‘he takes off into the vapors.’

Scorsese’s career also takes off at this point and he and De Niro go onto create some of the greatest films ever.

Ostensibly, Mean Streets is about four characters who inhabit a bar in Little Italy but it is the Charlie / Johnny Boy relationship that drives the film. (In the 80s I sent  a lot of time in New York and on every trip would try and search down the bar. Until one year I discovered the entire bar scenes were actually shot in Los Angeles.)

Michael Powell, the great director, said of the world these characters inhabit, ‘I just think it’s wonderful, that complete identification of that world, taking part in it. You never feel anything is staged or done for theatrical effect. Scorsese just honestly stays there.’ 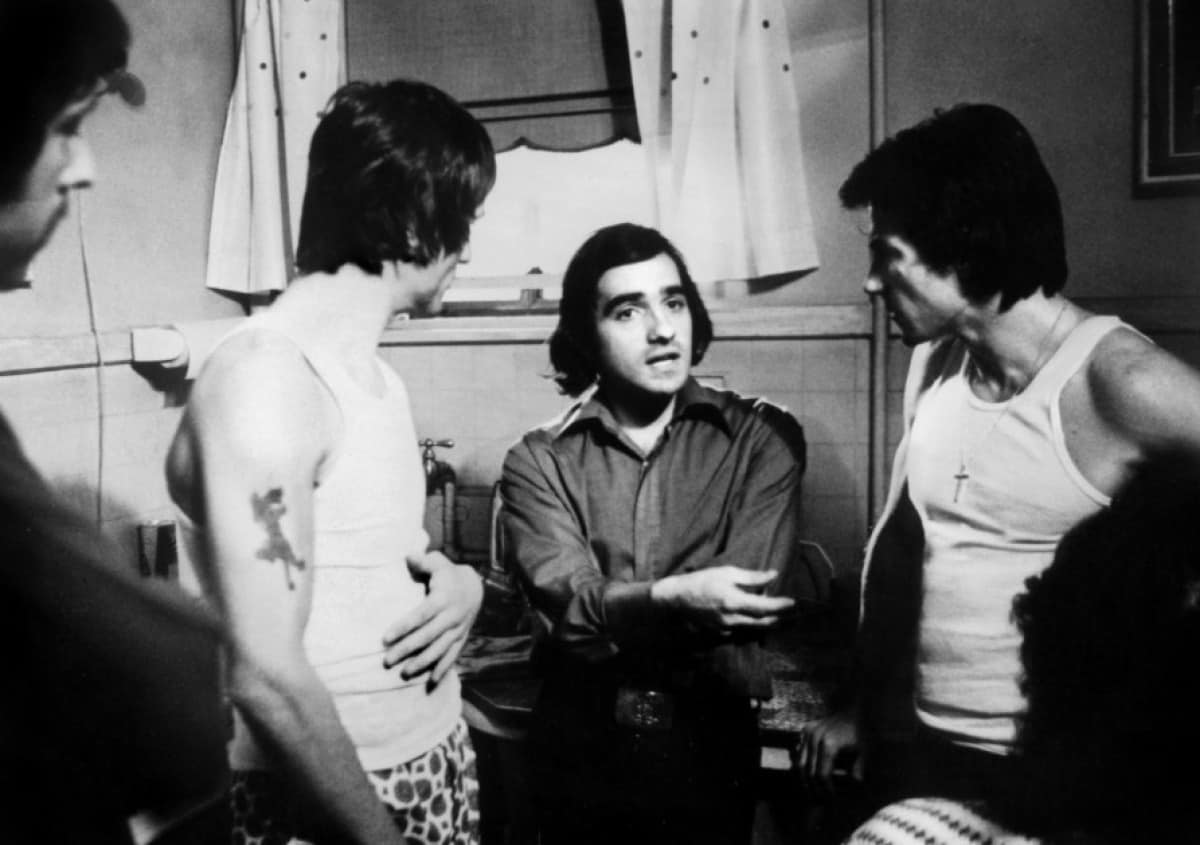 Scorsese would later say that Mean Streets is created as an antidote to the first Godfather film which, with its epic sweep and style, has totally mythologised this fearsome criminal outfit. The Godfather features a Mafia Scorsese does not recognise. Mean Streets is his brave and ambitious and inventive and energised retort.

On top of Scorsese’s inventive camera work and the pulsating De Niro – Keitel relationship, come the music, come the clothes. De Niro enters the bar with two girls to the sound of Jumping Jack Flash. Keitel hits the pillow to the sound of Be My Baby. A shooting takes place to the sound of Italian singer, Jimmy Roselli.

The boys wear sharp suits, spearmint collared shirts. There are great tops, Gabicci like, worn under leather jackets and trilby hats. Scorsese’s rock’n’roll sensibility is writ large for all to enjoy.

And – as with Taxi Driver, Raging Bull and their other masterpieces, the film is left open ended. Does Johnny Boy die? Does Charlie ever win back his Mafioso uncle?

The ending is messy and ambiguous – just like in real life. And talking of which – I’ve spoken enough. You want to watch this film now? You do? Good. I’ve done my job. And bless you. 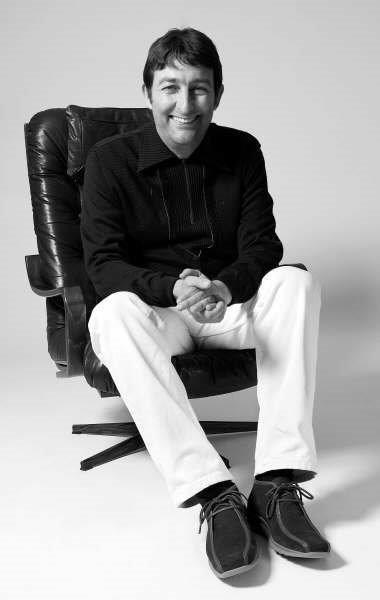 Paolo Hewitt is a writer with over twenty books to his name in the fields of music, fashion and football. He’s also written his memoir about life in care called The Looked After Kid.