The World According to Nature Loving Food Saviour Valentine Warner

The London Film Festival is underway and the capital’s cinemas are bursting at the seams with the work of emerging talents, celebrated artists and creative thinkers from all walks of life. There’s so much to see, hear and do and of course, as always hidden beneath the surface are some gems that warrant far more than a cursory glance. Here are 5 films to look out for at the London Film Festival 2019.

This film distributed by Netflix will be available on the streaming service from the beginning of November, but, if you’re looking for a decent thriller at this year’s festival then Earthquake Bird based on the novel by Susanna Jones of the same name might be worth your acquaintance.

Directed by Wash Westmoreland (Colette) and starring Alicia Vikander (Tomb Raider), Earthquake Bird, set in 1980s Tokyo, follows the story of expat Lucy, who after a chance meeting with a street photographer embarks on a tumultuous relationship that quickly turns into something more complicated when American nurse Lily joins the party.

As Lily winds up missing, Lucy finds herself the suspect of foul play and in the process, her unsettling past comes to the fore. Early responses point to a mesmerising performance by Vikander. 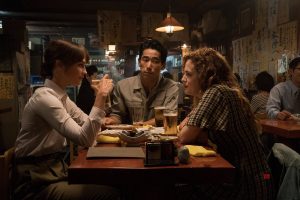 The travails of Tommaso Buscetta are a well-documented one. A member of the Sicilian Mafia and known as the “boss of the two worlds”, having begun his career in crime in Europe before fleeing to Brazil and setting up a drug trafficking network, Buscetta was a man who flew by the seat of his pants.

His fondness for beautiful ladies and multiple marriages wouldn’t be the last time he broke the strict code of conduct, having later turned informer after both his sons disappeared. His testimony single-handedly resulted in 300 Mafiosi facing trial in Palermo.

The Traitor tells the true story of Buscetta’s life and the mind-boggling world of the Cosa Nostra, their influence and conduct, all expertly imagined by famed Director Marco Bellocchio with a sumptuous lead performance by Pierfrancesco Favino.

This documentary about legendary Nigerian musician Fela Kuti imagined through the eyes of his close friend and official biographer Carlos Moore, pulls together the many conversations and interviews he conducted with the star and is a welcome addition to the storied narrative of Kuti’s life.

Director Joel Zito Araújo brings new life and engaging material to light, exploring the complex personal life that formed the backbone of a man who despite his groundbreaking Afrobeat sound was also a major political force in Africa.

His opposition to military dictatorship, the American government and his support for human rights, along with his controversial attitude towards women, make for a fascinating life story that never gets tiring.

One of those films that’s unlikely to cater to everyone’s tastes but certainly, for a select few this delightfully dark French flick from quirky and charismatic Director Quentin Dupieux, starring the enigmatic Jean Dujardin in a subtle and memorable performance, could be a highlight of the festival.

The plot is centred around recently divorced Georges, who appears to be having some sort of midlife crisis, at least that would offer some explanation as to why he’s spent his savings on a 60s style deerskin jacket!

As his ensuing irrationality becomes more and more obvious, he meets a young wannabe film editor and passes himself off as a filmmaker, and what follows is a rather absurd black comedy that verges on the bonkers yet brilliant.

In 2017 Director Alexandre O. Philippe delved into Hitchcock’s Psycho and looked behind the curtain with a deconstruction of that harrowing and famous shower scene in the fantastic documentary 78/52.

This time out he returns with an in-depth exploration of perhaps the most influential horror film of all time The Exorcist. It’s formulated through an exhaustive interview with acclaimed Director William Friedkin, that unveils his creative process, acute attention to detail and influences and experiences. All making for a candid and informative documentary. 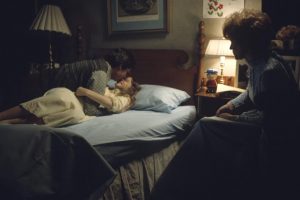 For the full London Film Festival schedule, check out the BFI Film and Event Programme HERE