Horror season is briefly here and if a good scare is what floats your boat this time of year, then why not delve a little deeper into the archives, and rather than go for a standard mainstream fright flick, opt for a deeper and more unsettling story from a little further afield. We’ve picked out 5 disturbing horror films you probably haven’t seen, but once watched it’s unlikely you’ll ever forget…

This under the mainstream radar French-Romanian horror film is a bonafide frightener from start to finish, and one that’ll linger in the mind for the days that follow. Allegedly based on true events, or at least as the opening sequence alludes, but this is used more like a classic trope to embellish the home invasion horror you’re about to witness.

Clementine and her boyfriend Lucas have relocated to the Romanian countryside and live a (for now) peaceful existence in a remote country house, until that is, their lives are shattered by a series of terrifying events at their remote idyll. As the pervading force torments them, the couple becomes increasingly fraught and desperately try to escape, but from who, what, and why is a mystery?

The tension builds throughout and the finale will have you well and truly on the edge of your seat, as the age-old fear of things that go bump in the night is expertly realised in this sharp, unsettling horror. 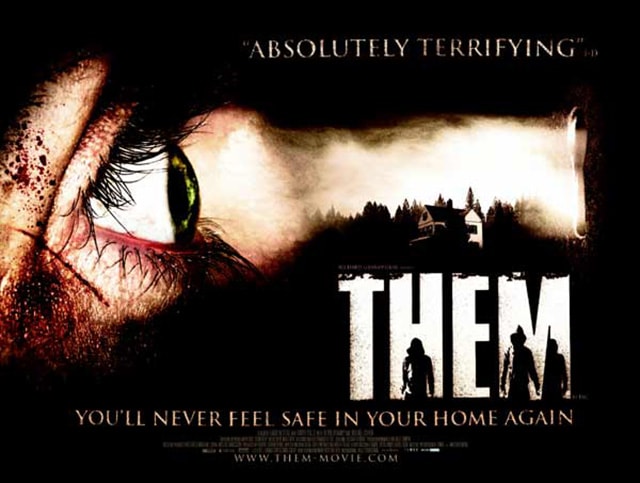 Goodnight Mommy or Ich Seh, Ich Seh, to give the film it’s Austrian title, is a seriously disturbing, dread-filled movie that deserves, or should we say demands a watch from any horror fan worth their salt.

Set in what seems like a nice tranquil countryside location (there’s a trend here) in the heat of the summer, there’s little indication of the terrifying horror that’s set to come, as a pair of young twin brothers anxiously await their Mum’s return from hospital.

Bandaged after cosmetic surgery, Mommy not only looks different but behaves in a cold and callous manner leading the children to doubt whether this woman is actually who she says she is. What ensues is a bonkers and at times truly disturbing game of cat and mouse between the twins and their ‘mother’ as they try to find out whether she’s an imposter or not with… let’s just say terrifying consequences. Even the trailer’s exhausting!

This South Korean found-footage horror sees an internet broadcaster recruit a group of thrill-seekers for them to ‘experience the horror’ show at Gonjiam Psychiatric Hospital, a place selected as one of the ‘7 freakiest places on the planet’.

The gang (displaying above average acting for this type of fare) are to explore the haunted asylum and live stream on their show. As they enter they perform a ritual meant to invoke the spirits of the dead (always a good idea in the circumstances) and go about hunting for spooks. To attract more viewers, the show’s host, ‘The Captain’ plays tricks on the guests to get them jumping, but soon things start to get out of control with events getting worryingly real.

It might not be what you’d call an original plot, but with very creepy locations, a convincing cast and fitting cinematography this at times is a genuinely haunting experience.

This suspenseful psychological horror film from Iceland is a subtle and spooky affair that lures the viewer in thanks to some wonderful direction and cinematography and two leading men that really capture the fragile emotion at the heart of the film.

Einar and Gunner have both struggled to move on from their previous relationship and when Gunner drunkenly phones Einar from is a remote wood cabin in the stunning wild terrain of the Icelandic countryside, Einar decides to take a trip and attempt to heal some still open wounds.

However, it turns out they may not be alone, as creepy occurrences heighten and the two men begin to question their own sanity. Is there somebody there? Or is it a ghost from the past?

Lake Mungo is a massively underappreciated masterclass in horror. Crafted in a super-realistic mockumentary style (with incredible acting throughout), the plot centres around the disappearance and death of Alice Palmer.

Through interviews with her family about why she went missing and their theories about what actually happened to her, the really bone-chilling moments come when we see the recovered footage from the video camera’s placed around Alice’s family’s home by the parapsychologist they hire to check into strange occurrences.

Part mystery, part ghost story, Lake Mungo is sad, disturbing and one horror title that deserves to be shouted from the rooftops and is well worth investing the 87 minutes running time. One of the scariest, most effecting films you’ll likely see this Halloween.

Great sound design always tends to be a key element in the best horror movies and the aural nightmare created in this 2016 film set in war-torn 80s Iran, lifts it from being just another spooky movie.

When her husband leaves on business a mother is left dealing with her young daughter Dorsa, who is experiencing night terrors in their small Tehran apartment.

Items and belongings start to go missing and move about the building, as it comes to light the reason for Dorsa’s disturbed behaviour could be their home is being haunted by a creature from Islamic mythology called a djinn. A presence not to be messed with. This one eschews the typical special effects for a less is more approach that is genuinely unnerving.