In a few short weeks, one of the great comic book antiheroes gets his very own movie with the release of Venom. We first learned of the alien symbiote-infected monster when he played host to Spider-Man. Essentially giving him a cool black costume and enhanced powers after which by clinging onto down on his luck journalist Eddie Brock, he became one of the deadliest enemies of the web-slinger.

Over time though morality crept into the Venom character and despite the bad in him he became a much-loved antihero. He still killed people, but only those who deserved to die. Which is sort of ok right?

That being the case we’ve had a think about who might be film’s best antiheroes from over the years. Check out our list of bad guys you just can’t help loving. 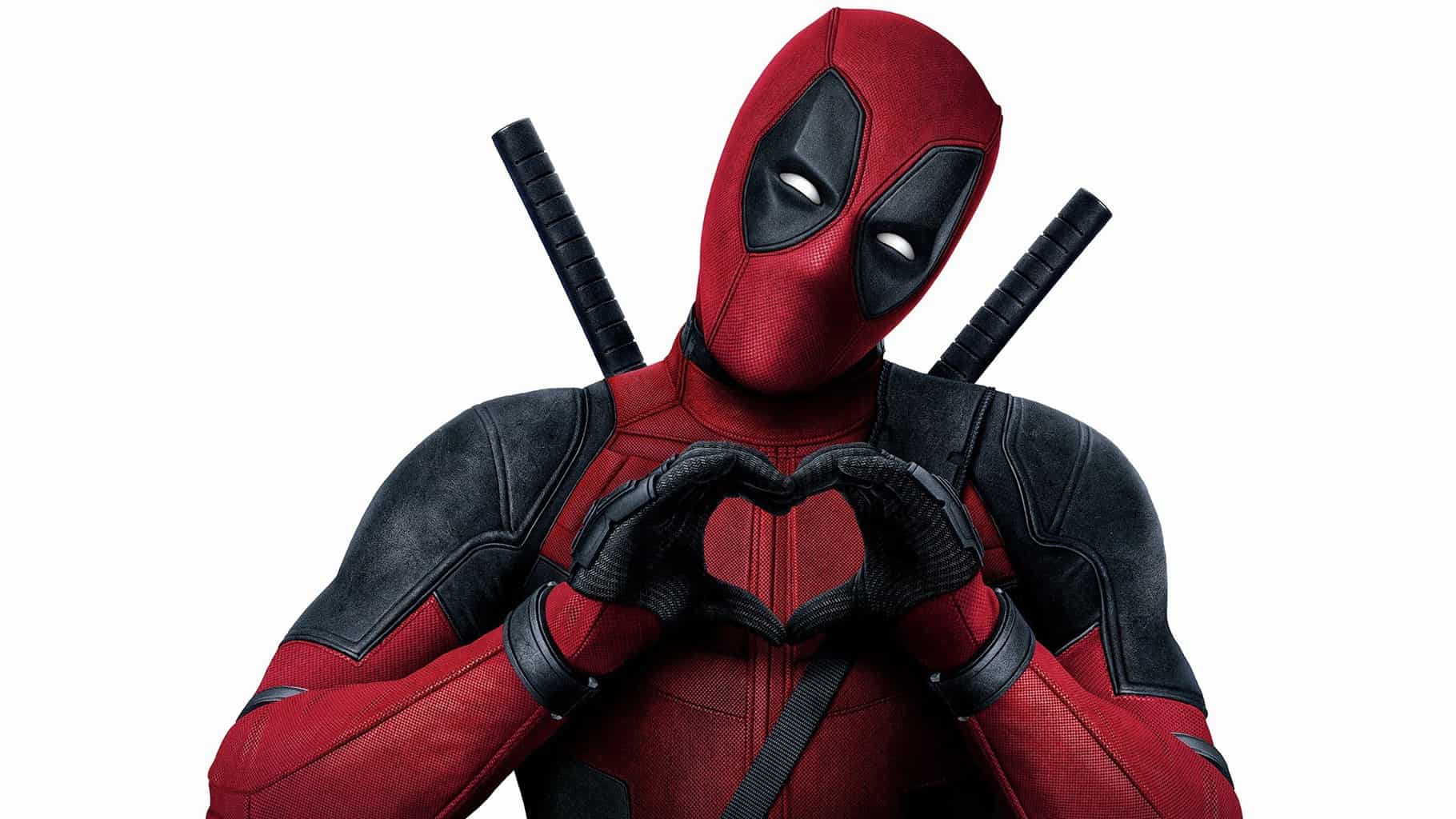 We’ll start with another from the collection of Marvel antiheroes in the quick-witted figure of Deadpool. Despite displaying plenty of heroic qualities the foul-mouthed Mr. Pool is all about the chaos. He takes great joy in his brutal killing sprees, despite the victims being who you’d generally perceive as wrongdoers or worse.

All in all, he’s a mercenary killer for hire and unstable to boot so it’d be hard to ever pigeonhole him as a hero, although he’s made several failed attempts in the comic books. But with his dry wit, often in the most inopportune moments, it’s hard not to love Deadpool as he often does the right thing, just for very wrong reasons. 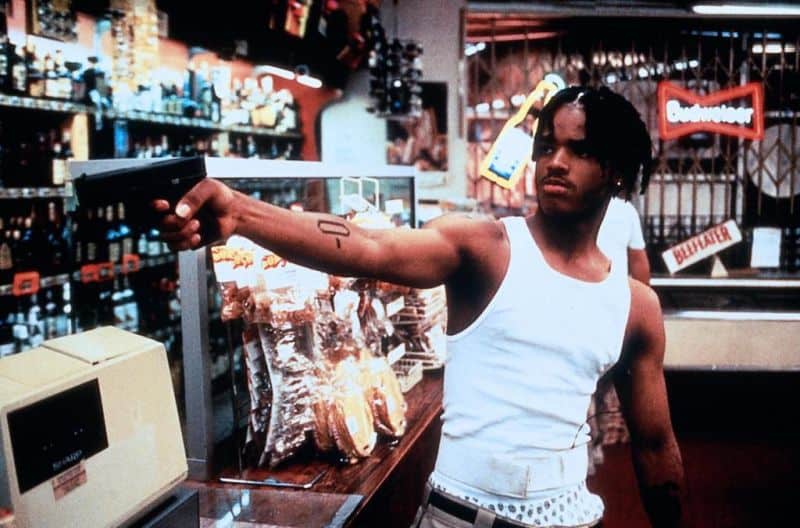 For us, the best character in the searing hood movie Menace II Society was O-Dog (Larenz Tate). He managed to successfully blur the lines between hero and villain with his unflinching stance to violence and serious unpredictability. Yet all the while displaying uber cool attributes and charisma that attracts you to him like a moth to a flame.

Menace is a tragic tale of disadvantaged youth trying to survive in a world where no one wants anything to do with them and who the corrupt law enforcers treat with disdain. His antihero status comes from taking fate into his own hands with tragic consequence.

While the film and most notably the O-Dog character were criticised for glorifying gun culture, moments in the film especially the ending would certainly make you think twice about going near a firearm. You could argue it instead serves as a gutwrenching warning. 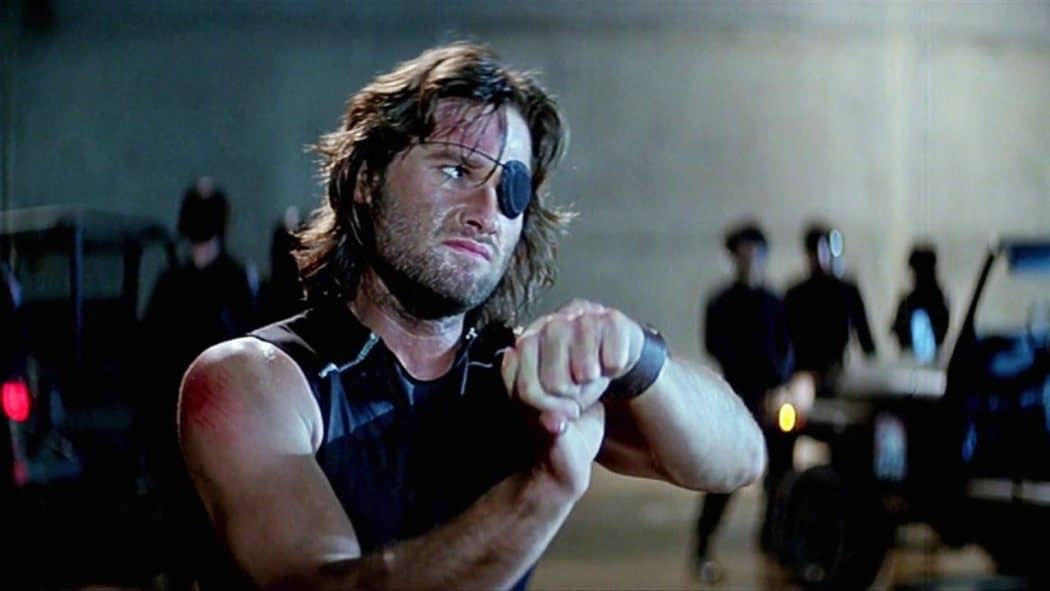 Snake is your classic war hero gone bad in order to get by. Although the level of bad depends on where your moral compass is set, with Snake taking part in the odd bank heist to make a few quid. He certainly has the antihero look, like a futuristic pirate with his eye patch, shaggy haircut, serious attitude problem and often cigarette perched in mouth, heroes don’t smoke kids!

He also has the selfish, only Snake matters, view of the world that sees plenty vanquished in his wake, saying that, he didn’t have it easy. The John Carpenter classic Escape from New York saw him injected with two timed explosives set to go off in 23 hours unless he finds the President. I think we’d all develop a bit of an attitude problem in the circumstances. 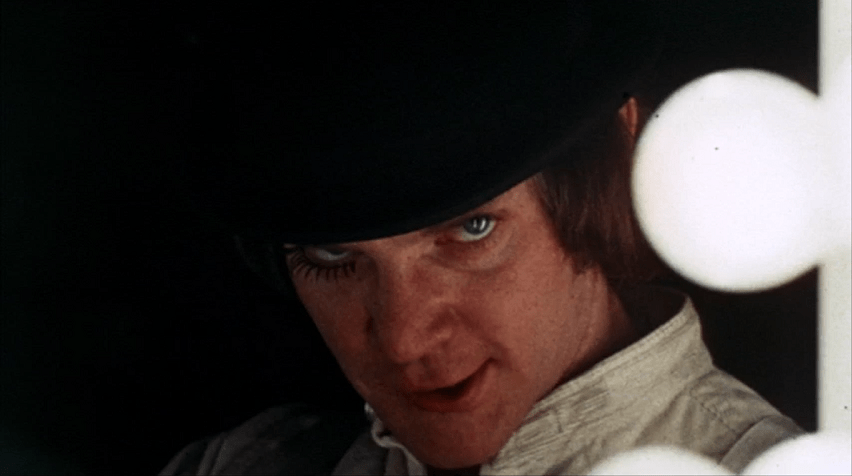 From watching most of the first half of Kubrick masterpiece A Clockwork Orange you’re left in little doubt that the fierce leader of the Droogs, Alex, expertly portrayed by Malcolm McDowell is indeed a villain. With his tendency for what he calls ‘ultraviolence’ and the fact Alex is a major sociopath with zero empathy, he’s a fairly dislikable figure.

But a stint in prison leaves Alex a very different man. One looking for redemption in the world. But after being shunned at every turn it soon becomes clear you just can’t keep a bad man down.

Despite his heinous acts early on in the film, once his freedom is taken away it’s hard not to root for Alex as he becomes a beacon for struggle against the all-powerful system.

Ryan Gosling’s Driver is a man of few words, he’s your typical strong, silent type whose actions speak louder than words. Whether those actions be as a getaway driver speeding away from the cars or sudden bouts of violence.

He’s an antihero in that his all-consuming darkness and fits of rage, tend to be to protect others, like his neighbour/lover and her child. His intentions are good even if his deeds are bad (to say the least). Regardless, it’s hard not to want to get behind a character so achingly cool, who also happens to sport one of the best jackets in cinema history. 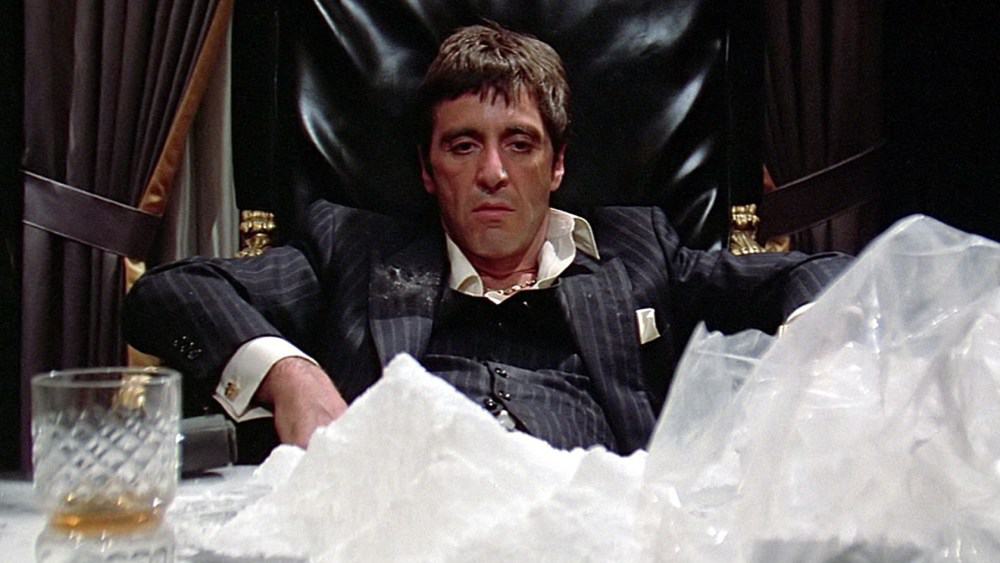 Tony Montana is bad to the bone, but that doesn’t stop us being drawn to the power-craving gangster. We all love a good rags-to-riches story and his see’s Tony go from very humble beginnings as an immigrant arriving in America from Cuba, to wealthy drug trafficking kingpin of Miami, letting absolutely nothing, or no one get in his way as he rises right to the top.

Yes, he’s about as dispassionate and cold-blooded as anyone on this entire list, but you can’t not respect his passion, and when a character drips charisma from every pore like Montana, we’re loving him and his “little friend”. 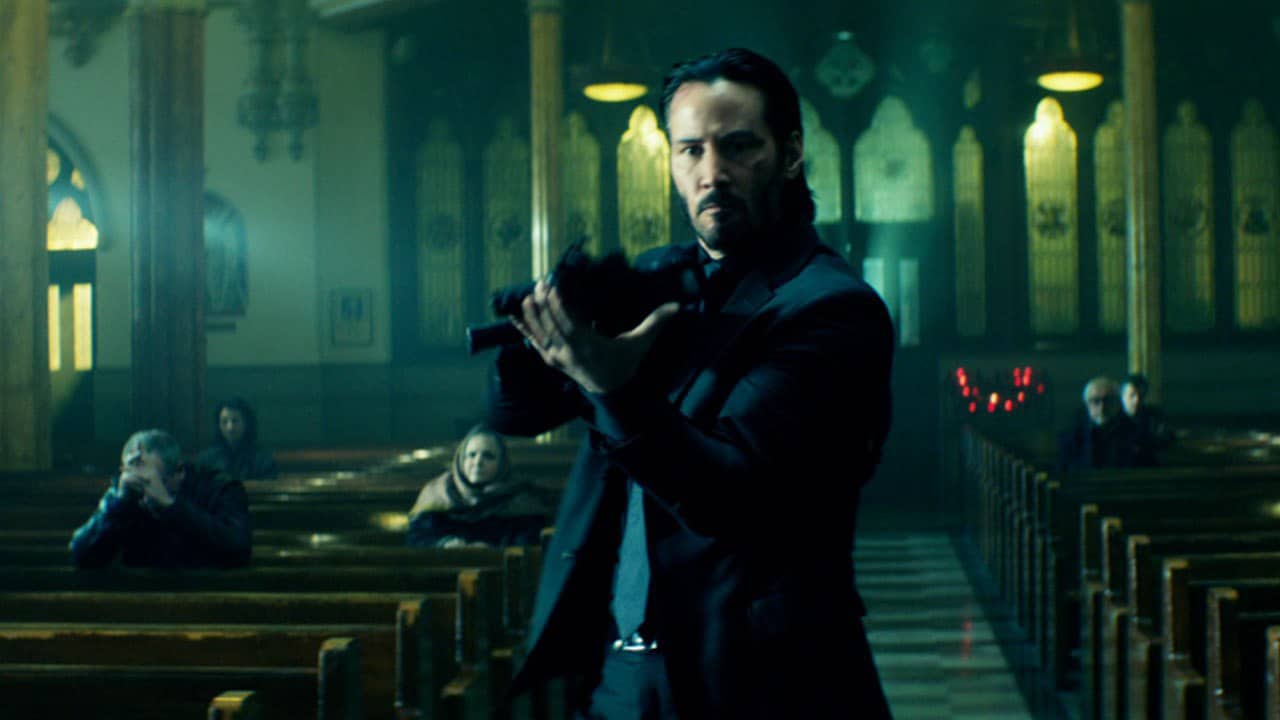 John Wick feels like a hero, we certainly feel sympathetic to his cause with him mourning his late wife and having something unmentionable done to his pet pooch by a nefarious character. But hero’s don’t tend to spill quite as much blood as Wick, the retired assassin who goes back into the game to exact bloody revenge on the men responsible for the tragedies in his life.

John Wick does definitely work to a moral code, never taking out the innocent, be they woman or child, but with a line of work as questionable as his and due to his enemies knowing him as unkillable figure ‘The Boogieman’. He’s not quite as likeable as your typical Keanu character.

Randall McMurphy – One Flew Over The Cuckoo’s Nest (1975) 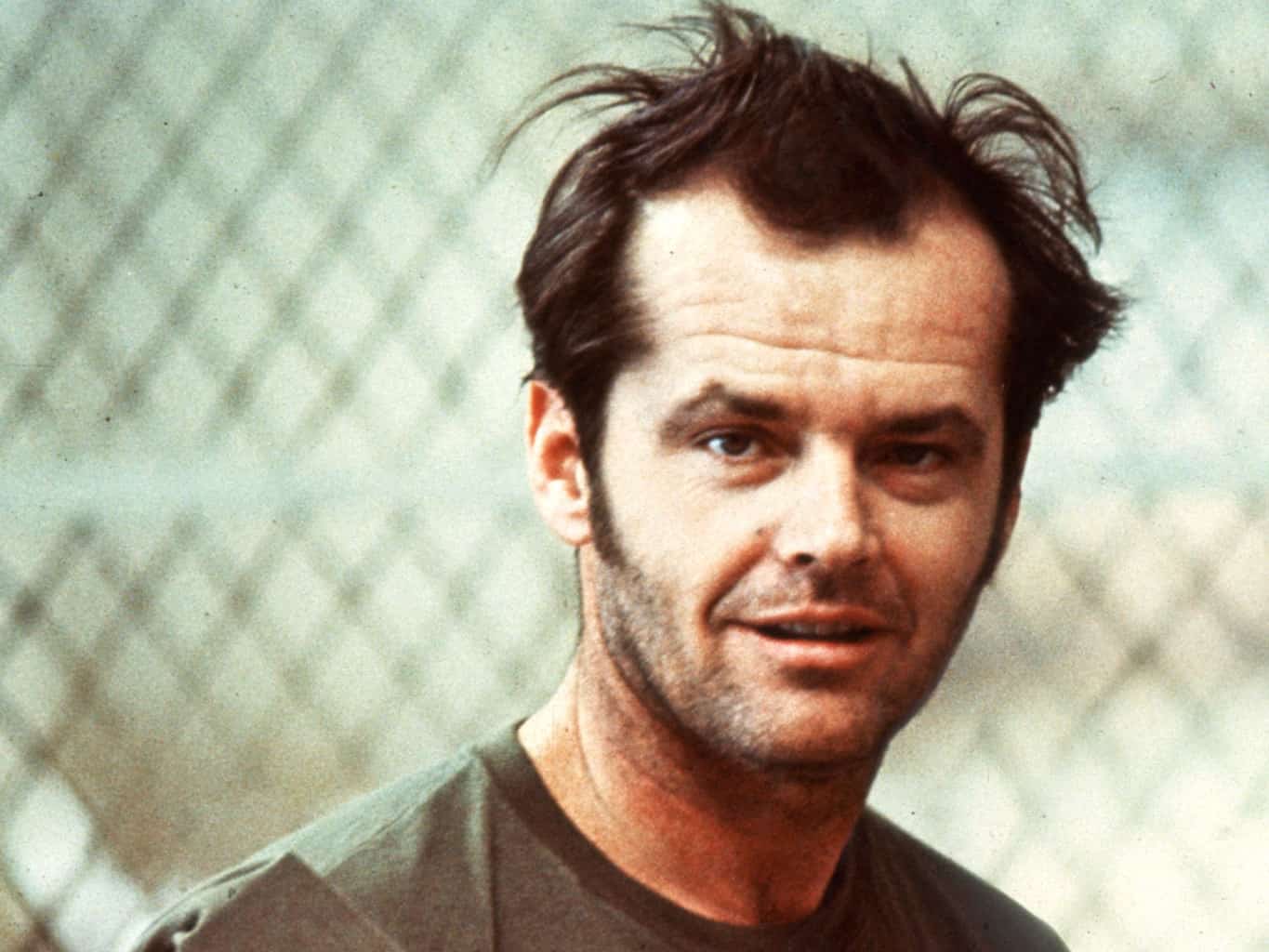 The great Jack Nicholson won his first Academy Award for his portrayal of Randle Patrick McMurphy in Milos Forman’s fantastic mental institute set One Flew Over the Cuckoo’s Nest. There’s not many who can do crazy like Jack as he’s displayed in countless films such as The Shining and Batman.

Here he plays a wild, social misfit, who despite not being insane acts that way to be transferred from a prison farm to the institute, which he thinks will be a soft touch compared to the slammer. He just didn’t bank on the power-mad Nurse Ratched who intends on making the lives of all inmates as uncomfortable as possible.

McMurphy has a hugely positive effect on folks who inhabit the ward, causing chaos (taking them on an unscheduled fishing trip) but adding much-needed fun to their lives. He’s no angel, but any authority opposing figure who rages against the system with a big manic grin plastered on his face is a winner in our book. 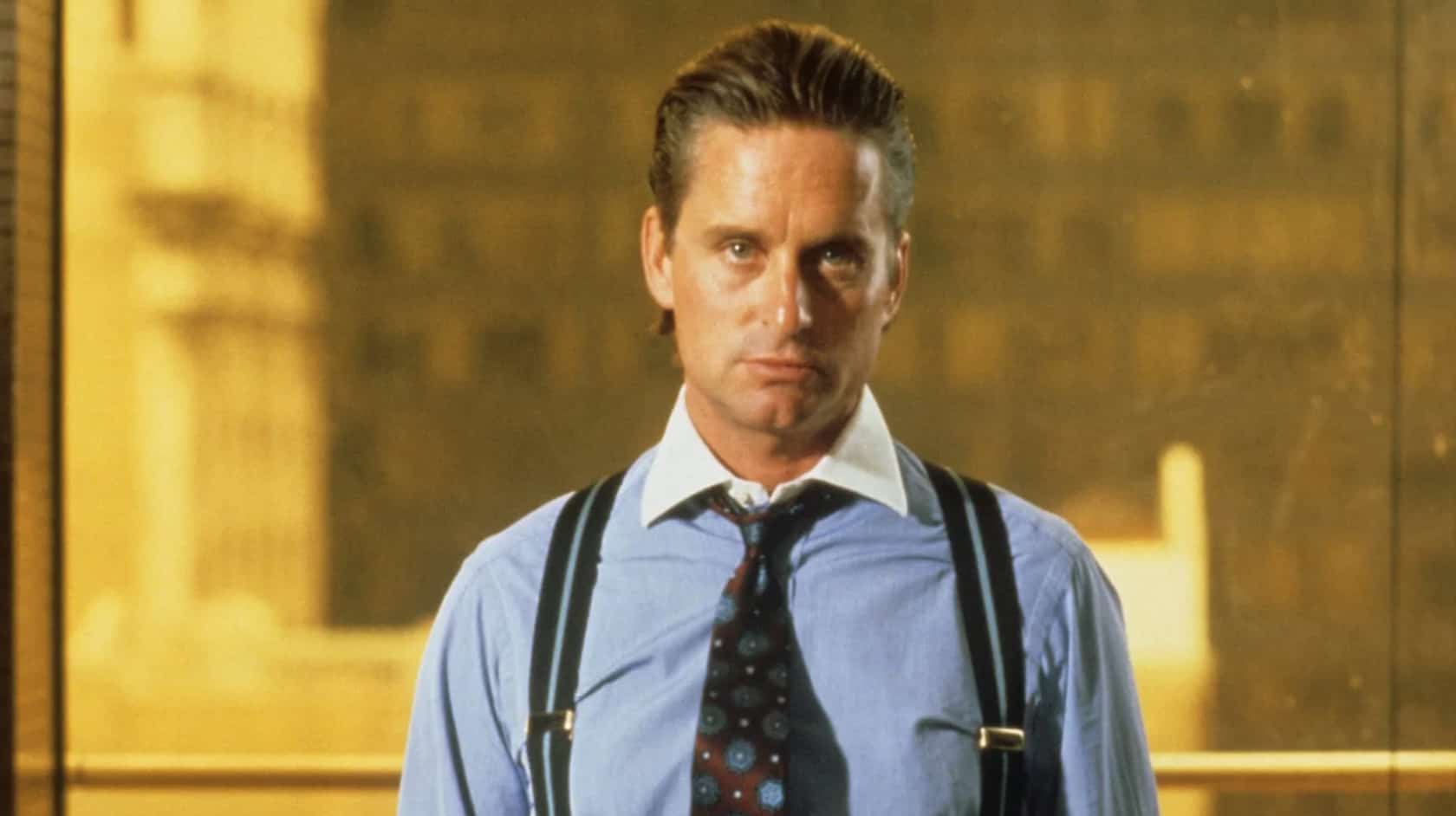 “Greed is good”, we know this because Gordon Gekko told us so in the 80s. Michael Douglas’s most charismatic of characters was, and still is an icon to all stock traders and those hoping to make big bucks generally. Who’d have thought that such a greedy crook could become such a loved figure?

It didn’t hurt that Gekko was seriously smart, had bags full of charm, was ridiculously ambitious, not to mention filthy rich, on the flip side he was also unscrupulous and extremely happy to throw anyone under the bus as long as he got his way.

The hero of Wall Street is Charlie Sheen’s Bud Fox, or at least he’s meant to be, he pales into insignificance against the sheer might of old Gordon. A sociopath to celebrate. 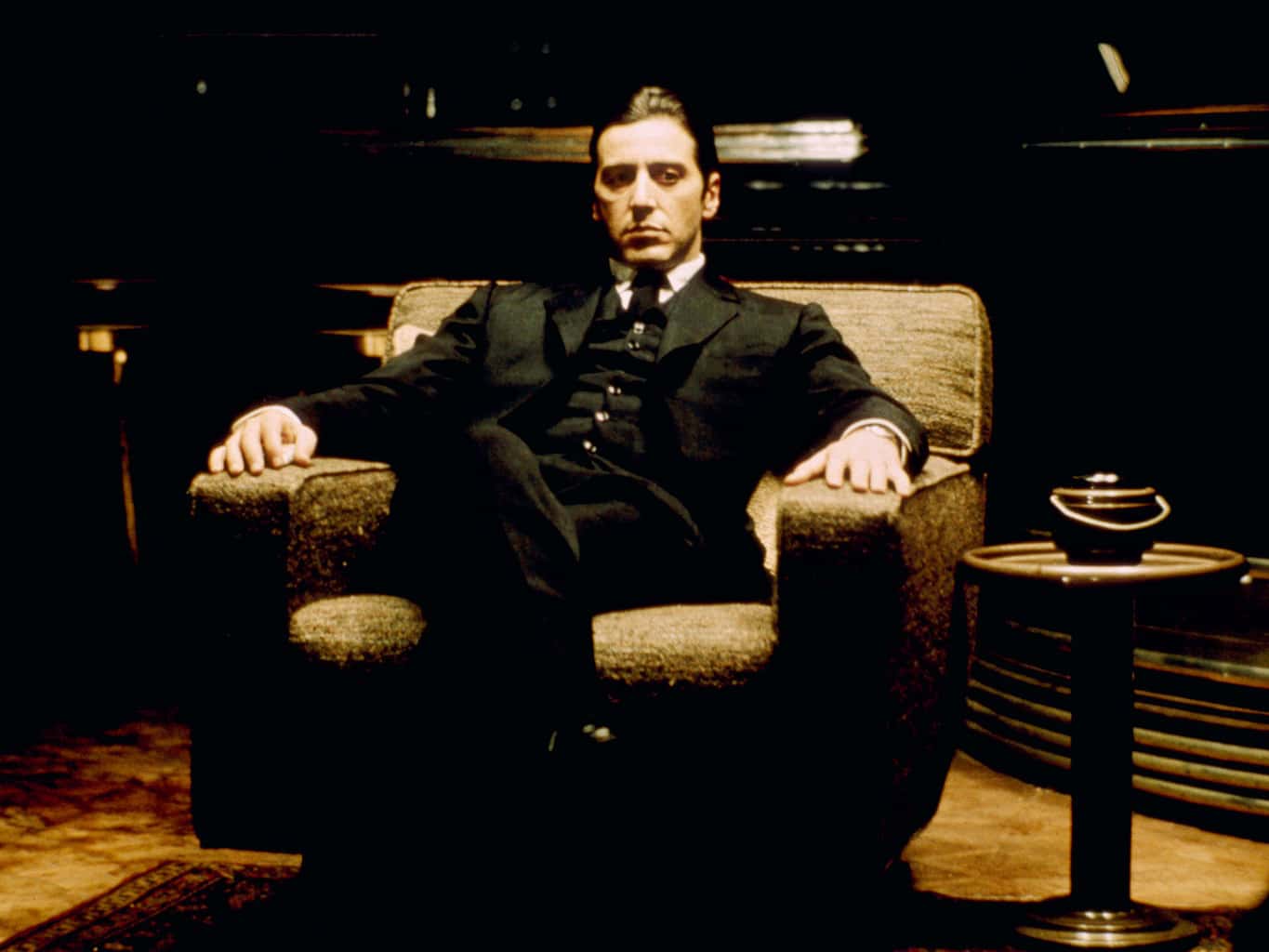 Reluctant Corleone son Michael begins the Godfather trilogy as your typical all American hero. Having dropped out of college to join the U.S. Marine Corps, he goes on to fight in World War II before being discharged at his father’s request to attend his sister’s wedding.

He received a Navy Cross and Purple Heart among a host of other medals to honour his bravery in battle and it becomes immediately clear he has zero interest in joining the family business. What is also clear from the outset is that Michael is a man of his word, with a strong moral compass and an empathetic attitude towards others. He loves his family dearly and thanks to his experiences in the war he understands that violence is rarely a solution.

However that all changes once his father Vito is seriously injured in a shooting, Michael is forced to rethink his perspective and out of loyalty to his father and family, begins a sequence of events that would go on to establish him as an even more cunning and ruthless mafia head than his father or any of his rivals.

Michael at the same time relishes legitimacy, he wants to move the family’s business interests away from the corrupt world of gambling and money laundering and establish solid business foundations, however, it’ll take a few more dead bodies along the way.

Ironically it’s in his pursuit of the quintessential American dream that Michael’s strong personality traits become blurred and his desire to make good in turn see him display the exact same tendencies he once rebuked. 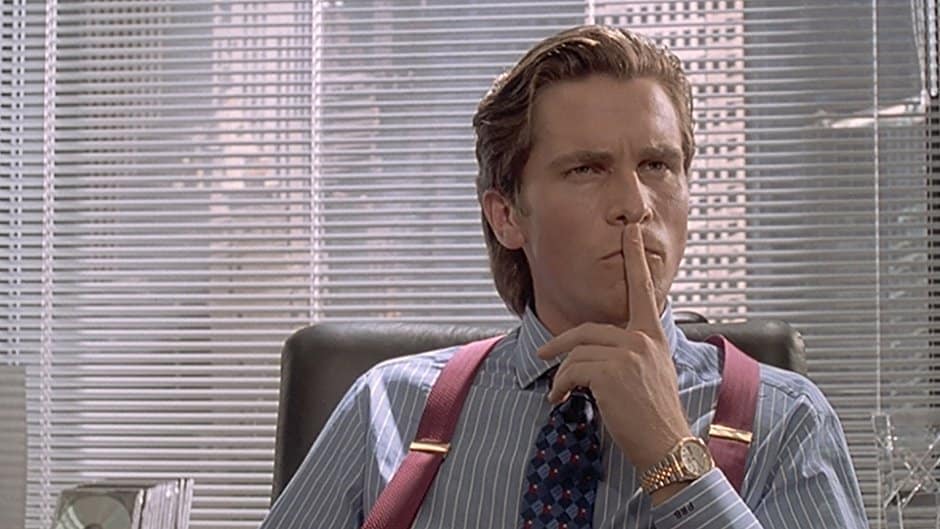 Self-loathing yuppie Patrick Bateman is the most unlikely of antiheros. He’s a well to do member of the silver spoon class, a man who wants for nothing, except a reason to exist, some sort of acknowledgment as to why he’s here and a sense of purpose.

His frustrations lie in the smallest details, his jealousy his only real emotional crutch and his obsessive personality, from the nuances of business cards to Phil Collins emergence from Genesis, a trivial moment of genuine interest in anything on his part.

Eating at the finest restaurants, wearing the most expensive clothes and accessories, and physically pristine, it is clear that Bateman still feels completely unsatisfied and worthless and with as much direction and clarity as a jobless teenager. Maybe that’s why he feels the need to murder? Or does he, it’s never actually clear in

Eating at the finest restaurants, wearing the most expensive clothes and accessories, and physically pristine, it is clear that Bateman still feels completely unsatisfied and worthless and with as much direction and clarity as a jobless teenager. Maybe that’s why he feels the need to murder?

Or does he? It’s never actually clear in American Psycho as to whether Bateman actually actively carries out the horrific killings or if indeed it is merely some hallucinatory psychotic delusion. Regardless we can’t help but feel sympathy for his self-loathing character with more issues than Vogue. 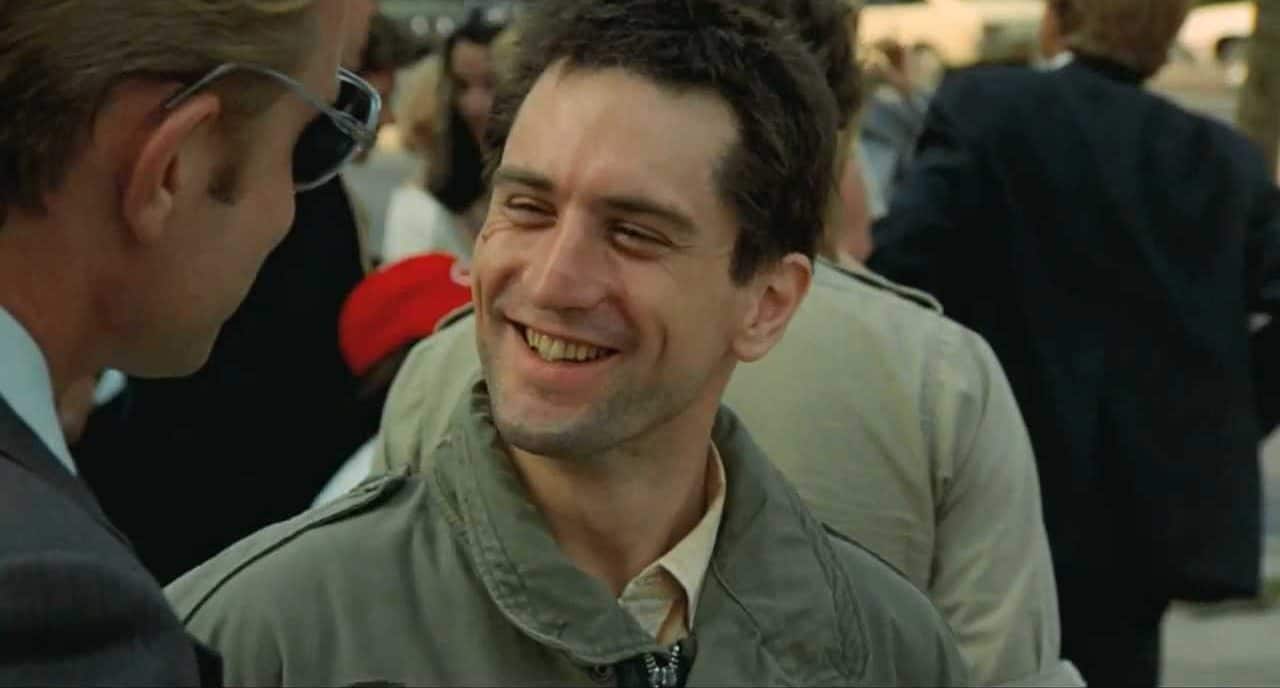 It’d be hard not to include the character that is perhaps the ultimate of screen antiheroes in outsider Travis Bickle. The Vietnam veteran with the internal rage of a thousand fires is wracked with deep, dark feelings, mainly toward those who he sees as the scum that walk the New York city sidewalks he views from the driver seat of his cab.

He goes from internalising these feelings throughout the majority of the movie to finally acting them out, transforming into a blood splattering avenging angel as he attempts to save a young girl from her life of prostitution. Maybe not the most likeable, in fact, you could say Travis is not likeable at all, but ticks the necessary antihero boxes.

Who do you think our film’s best antiheroes? Let us know in the comments below.