It may sound like it has a hint of glamour, but gold mining is one of the toughest jobs in the world, with a pretty miserable success rate for anyone who gets involved. One young man who’s bucked that trend is 25-year-old Parker Schnabel, star of long-running Discovery show Gold Rush. He’s something of a phenomenon in this world, as one of the most successful gold mining bosses in the Klondike, last year alone finding gold worth $7m (£5.6m).

Since starting out in the business aged just 15 when he was helping to run his 90-year-old grandfather’s small operation in Alaska, he’s made a cool $20 million. And with season 10 of Gold Rush set to premiere tonight, it looks like there’s no let-up in that search for that most precious of metals. We spoke with Parker about what it was like starting out as a boy in a man’s game and what gives him an edge over his competition.

The MALESTROM: How did you get started in gold mining? You were only fifteen when season one began…

Parker Schnabel: Yeah, we were on there a little bit right. It’s been a very long, interesting time thats for sure.

TM: Was it hard to get taken seriously starting out so young?

PS: You know, it wasn’t too difficult because I did really enjoy it and in the early years I had a lot of fun doing the show and learning how to mine. It was a struggle, but it was also fun. 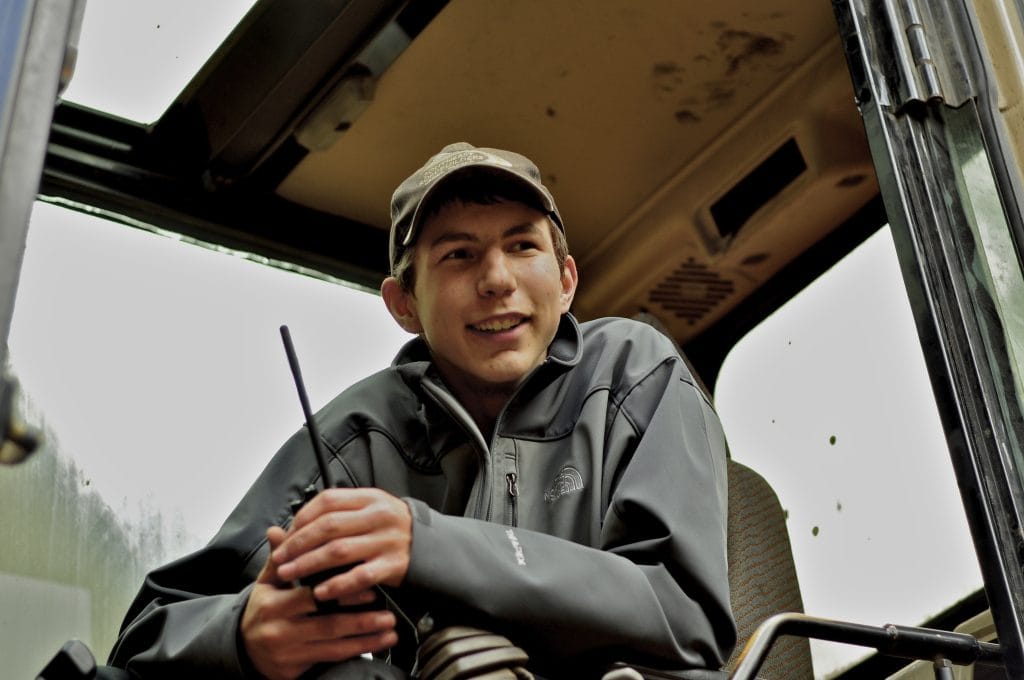 TM: What was the biggest challenge you faced early on in your journey?

PS: I think it’s very hard to balance the business with everything being on camera, it’s all your mistakes being in the spotlight like that.

TM: It must be difficult having a camera pointed at you 24/7 with all that heavy-duty work going on…

PS: It’s a challenge and it continues to be one, but we’re getting through it now.

TM: How dangerous is the work? You must have had some scrapes in your line of work?

PS: For sure. But for the most part, we get through that sort of stuff you know. It’s a pretty cliched thing to say, but usually, you’re stronger for it. 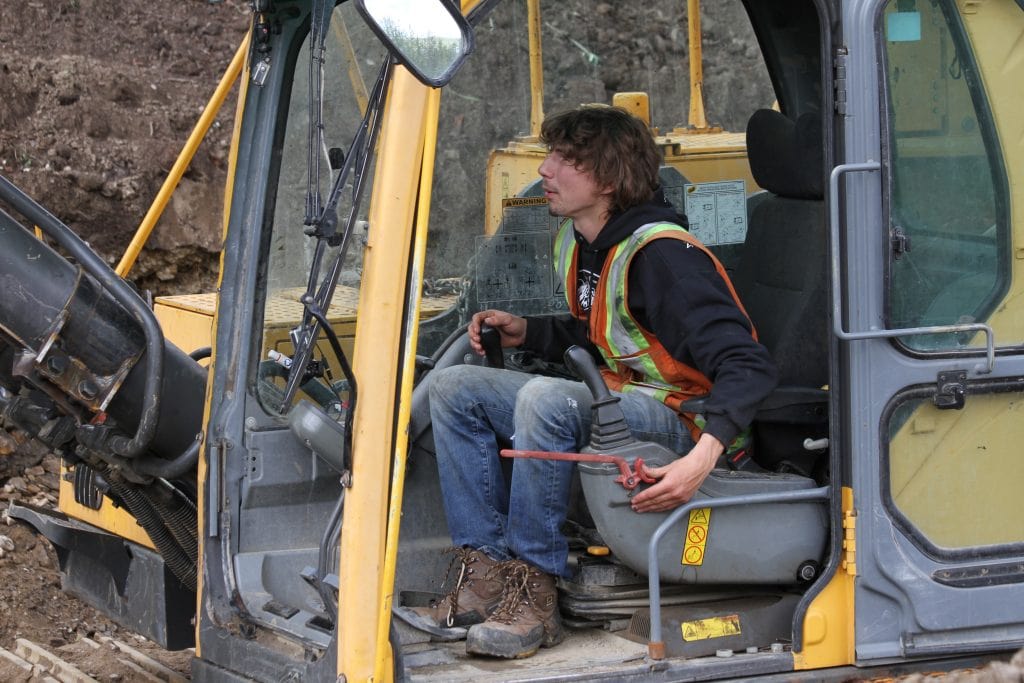 PS: We’ve found some mammoth tusks, which was really cool. They’re preserved because they’re ivory and they were buried in the permafrost so the weather doesn’t really get to them. Some of those came out in beautiful shape.

TM: What did you do with them?

PS: I usually keep them. You’re allowed to sell them, you just need a couple of permits to export them out of the territory, but I think they’re so cool I had to keep them.

TM: The job itself seems pretty stressful, what do you do to unwind?

PS: I don’t know, you just kind of get focused on working and most of the time it doesn’t bother you too much. If I need to let some steam off I have a dirt bike and I go for a ride. I love riding my bike.

TM: It’s clearly a tough industry. But what do you think has given you that edge? What’s made you so successful?

PS: I don’t know. I think a big part of it is not getting complacent, we always try to find the next thing or the next person that’s going to improve the business and make things run better and smarter, to find the next season’s ground, or whatever it is. We always try to continue improving. It’s not just about one idea or one way of doing things, it’s a constant improvement.

TM: What’s been your career highlight so far?

PS: That’s a tough one. I’d say overall the first time I went out to Dawson was really enjoyable and getting to know everyone there. It’s just a wonderful mining community that’s made up of some of the best people in the world and I’m really glad to have become, or feel like I’m becoming a part of that.

Seven years on I still feel like an outsider all the time, but I really like the Yukon and them and that whole process. I wouldn’t quite say it’s one moment, but that’s my answer.

TM: Not many shows survive for ten seasons. Why do you think the show has continued to be so popular?

There’s also a lot of risk and a lot of reward. So it’s got all of those elements that make something appealing. But then so do a lot of the shows that are commissioned every day that aren’t nearly as successful, so who knows? It’s tough to say.

TM: If someone came to you saying they fancied trying out the gold mining life, would you recommend it?

PS: I would recommend it, I think it’s something worth trying. I wouldn’t recommend pouring your life savings into mining. But I think if you’re getting a job doing it for the summer it’s not that hard to do, there are a lot of jobs both in the Yukon and Alaska. So go give it a shot. You’ve got nothing but some time to lose. 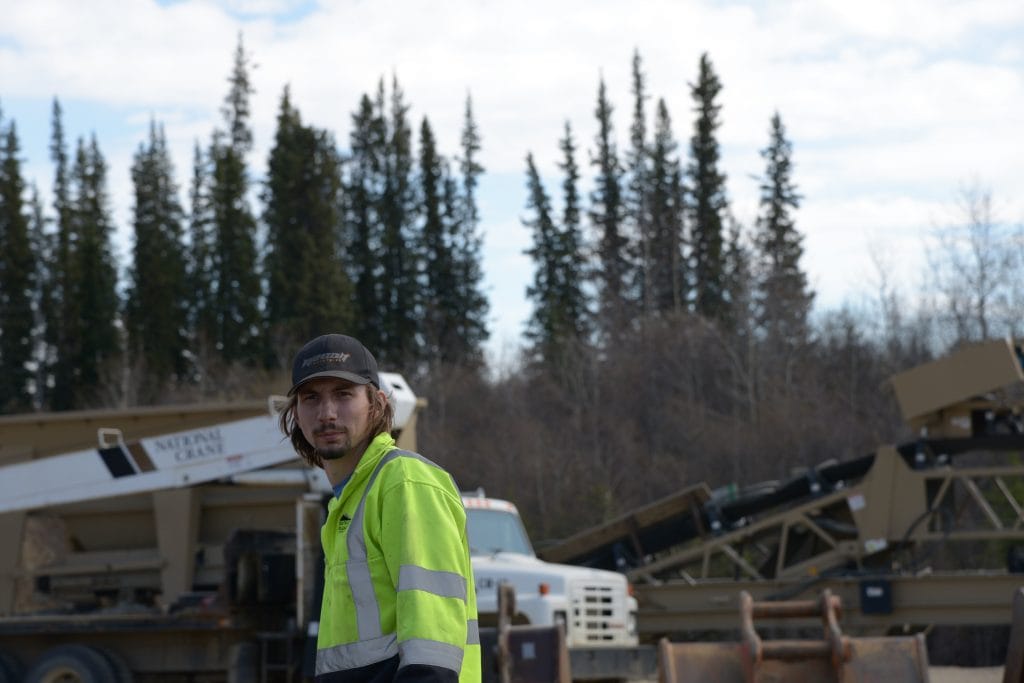 TM: What’s on the cards for you once you get out of the mining game? Or are you in it for life?

PS: I have no idea. There’s nobody in business who can say, “I’m doing this for the next fifty years.” I take it as it comes and I’ll still do it as long as I can make money doing it and I enjoy it.

TM: What can we expect from Season 10 of Gold Rush?

PS: There are some big problems on the horizon, some pretty big headwinds are coming. I think it’s a great season of the show and it’s definitely going to be interesting.

TM: What have you learned from mining gold?

PS: Gold mining like most things in life, you get out of it what you put in. And if you put in a lot of hard work and dedication, you usually get rewarded.