Watch this Skateboarding Journey through Spain

Hell or High Water is the sleeper hit of the year and a strong contender for The MALESTROM’s film of the year. It’s where Indie film perforates the bubble of the over inflated superhero and remake franchises and reminds audiences what storytelling is all about.

A simple tale of two Texan brothers who decide to hold up a series of banks to pay a mortgage debt on their mother’s farm sounds like well worn territory. And although it’s influences come thick and fast from the late 60’s and early 70’s, Hell or High Water, which is bizarrely Directed by a Scotsman, captures a pathos, fluidity and genuine narrative that exposes the lack of quality in most other films on at the cinema. It’s also gripping and positively thrilling.

The beautiful cinematography of the credit crunch hit Texan outback is stunning itself, but the rich and nuanced performances of its two lead characters carry the entire picture. The usual ‘wallpaper for hire’ Chris Pine gives the performance of a lifetime and could possibly see himself getting an Oscar nod, and his brother played by grizzled character actor, Ben Foster is up there with the best sweaty, hair-trigger, ‘you know I’m going to explode’ performances of the last few years. 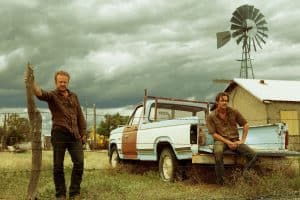 After seeing the film you literally cannot get the actors out of your mind, it’s that good. And all of that comes without the underlying backbone of Jeff Bridges, as the well worn, bitter Sheriff on their tail. What more could you want for two hours of pure escapism? The movie has both heart and some of the best gunfights we’ve seen in years.

For those of you who seek the film out, and no doubt love it, The MALESTROM has put together the top 5 cult road movies which have directly influenced it: 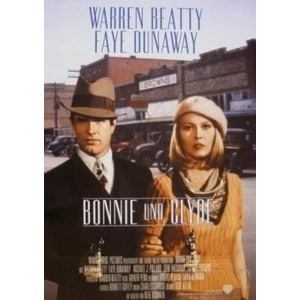 The original ultra violent road movie is still an intriguing watch. It’s the film that put the long gestating Warren Beatty on the Hollywood map and did Tarantino before Tarantino was even born. Bonnie and Clyde shocked audiences and censors alike at the time, with many calling for it to be banned for its shocking scenes of violence.

Beatty plays a rather ambiguous anti-hero who you can’t quite warm to, but Faye Dunaway steps up as the femme fatale who he desires and is prepared to kill anyone who gets in her way as they rob their way across depression era America. Joined on their bank robbing spree by a then unknown Gene Hackman, you can see its influences today in Ben Foster’s outbursts in Hell or High Water, and the same narrative of banks repossessing outback farms also features. You can watch that very scene right now on Youtube. The film is still an all time classic and Beatty’s very best. 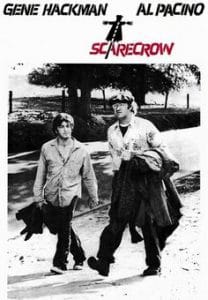 This 1973 forgotten road movie by ex-fashion photographer, Jerry Schatzberg stars two of cinema’s greatest character actors together for the first and only time, Al Pacino and Gene Hackman. Set in that hazy period between the end of the 60’s and beginning of the 70’s, Hackman and Pacino play two vagabonds, a sailor and an ex-con who have nothing but a dream to chase on the other side of America. Hitchhiking their way from California to Pennsylvania they meet and inhabit every lowlife and lowbrow dive along the way and encounter every pitfall you’d expect and one darkly subversive one that you wouldn’t. It’s not perfect, very 70’s and hackneyed in places, but seeing two cinema greats like Pacino and Hackman playing off each other in every scene is well worth anyone’s time and this is a genuinely ‘under the radar’ movie that not many people have ever heard of.

Here’s the first seven minutes of Scarecrow for you on Youtube. The opening shot has not only influenced Hell or High Water, but others such as No Country for Old Men and Thelma and Louise: 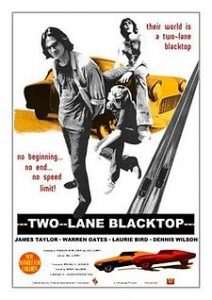 Coming fast and loose in 1971 is Monte Hellman’s Two-Lane Backtop which sees the unlikely pairing of folk singer, James Taylor and Beach Boy drummer, Dennis Wilson. Set along the classic Route 66, Wilson and Taylor are freewheeling in their Chevy 55 and bump into the unlikely figure of the much older Warren Oates, driving a Pontiac GTO. Spitting some soft 70’s venom at a gas station, they challenge each other to a road race stretching from California through Arizona, Oklahoma and the deep south with their cars as the prize, sound familiar? It really is one of the great cult movies out there.

With it’s gorgeous widescreen vistas of the Americana landscape with huge blue skies and scorched farmland, you can’t help thinking of Chris Pine and Ben Foster sitting on the porch of their mother’s farm in Hell or High Water, or burning rubber along one of the many outback Texan roads.

This truly great road movie was forgotten for years until it recently gained recognition. A hidden gem. 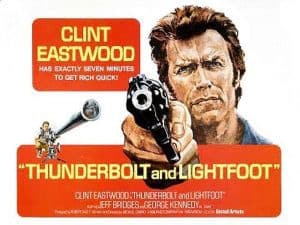 In 1974 Clint Eastwood could do just about any damn thing he wanted to. He’d blown away punks in Dirty Harry, laundered World War II gold in Kelly’s Heroes, Played Misty for Me and out smarted Lee Van Cleef and Eli Wallach in one of the greatest westerns of all time, The Good, The Bad and The Ugly. But Eastwood loved road movies and a script came his way from a new Writer/Director, Michael Cimino, who went on to write and direct The Deer Hunter.

Thunderbolt and Lightfoot revolves around Eastwood’s bank robber on the run, hooking up with a young drifter heading towards a life of crime, a 24 year old, Jeff Bridges who landed his first Oscar nomination for the role. The two of them bounce off each other like Newman and Redford and every scene has the two of them holding court like one of the great double acts. You can actually see them enjoying themselves. That, combined with Cimino’s deft and charismatic direction and luxuriant cinematography to match, Thunderbolt and Lightfoot is right up there as a ‘much overlooked’ movie treat. You won’t find it in 1001 Movies You Must See Before You Die, or any cult movie book because it completely fell under the radar. But as far as The MALESTROM is concerned, it’s up there with the best forgotten treasures of the 1970’s and a real slice of Americana.

You can watch the opening scene on YouTube right now. 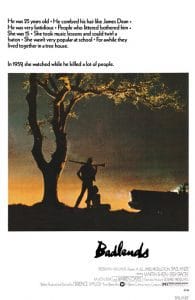 Our number one pick is the superb true-crime story Badlands, possibly one of the most influential films of all time, with True Romance, Natural Born Killers, Kalifornia, Thelma and Louise and Hell or High Water all paying homage, in fact True Romance even went as far as copying the same music. Terrence Malick’s 1973 stunning debut stars a young Martin Sheen as the James Dean like Kit, a wayward youth who falls in love with 15-year-old Holly (Sissy Spacek), and shoots her Father dead, then just about everyone else who comes in their way as they go on the run in one of the most narcissistic, beguiling and beautiful films ever made.

It is strangely captivating and although brutally violent, Spacek’s childlike voice over, innocence and inner feeling are only told to us as a viewer, and not Kit, Martin Sheen, which makes us party to what’s going on.  Sheen gives the coolest performance of his career that’s hot on the heels of the original Hollywood bad boys, Brando, Newman and Dean himself. The homage to Dean in this film from the movie Giant is there for all to see, but Malick paints with his own pallet and since 1973 the movies that have been influenced by Badlands are too numerous to mention, but our potential film of the year Hell of High Water is certainly one of them.