The Championship: The Most Competitive League in the World & Who’ll be the 50th Premier League Team?

Indie movies are the very soul of the film industry. By their very definition, Indies or Independent Movies are films that are produced and filmed outside of the major film studio system. Being free from the shackles of Hollywood these filmmakers can pursue passion projects with storylines and narratives that come from the left of field that often stir up more reality and emotion that a big-budget blockbuster.

If it weren’t for these films we’d be faced with only sitting through CGI superheroes battling it out or another by the numbers rom-com where Reese Witherspoon get her heart broken again only to find love in an unexpected place again.

When done well Indie movies give us genuine art, fantastic scripts and a chance for actors to play meaty roles with plenty of depth. We’ve looked to the decade of the 90s to bring you the best indie movies from that halcyon period. 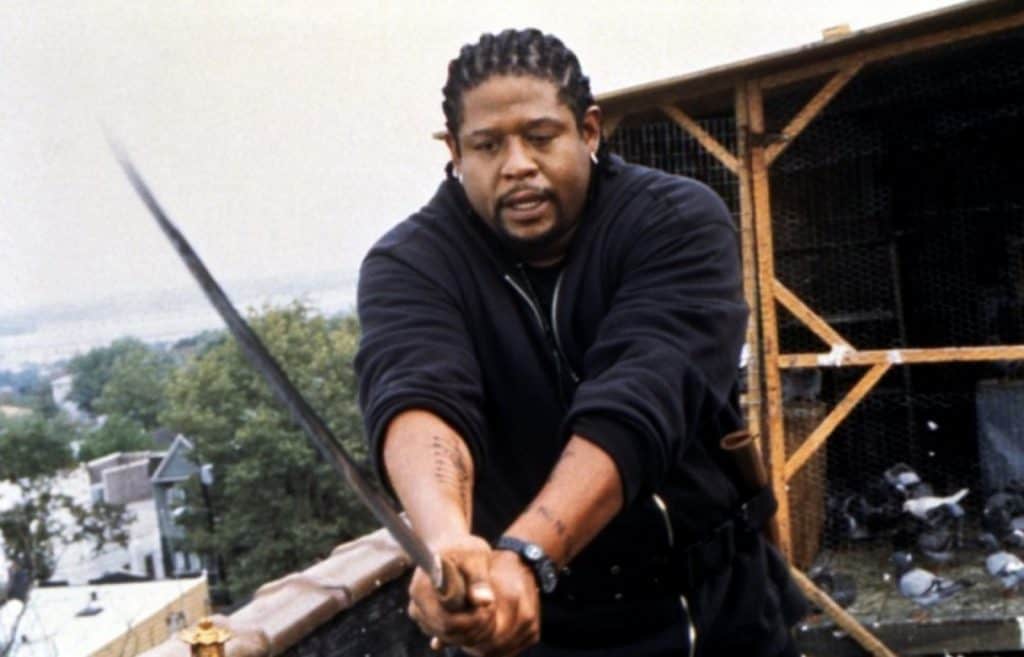 Jim Jarmusch is one of the most influential directors in indie movies so we had to include at least one of his films on this list and we’ve gone for our particular favourite in Ghost Dog.

Forest Whitaker has never been better than in his role as a hitman who got into the business because one day a mobster saved his life and so, since he follows the code of The Way of the Samurai, he dedicates his life to gangster Louie who sends out hits via carrier pigeon for Ghost Dog to carry out.

Its genre-crossing nature won’t be to everyone’s taste but with high class acting from Whitaker, some sumptuous cinematic shots and added cool credentials from its searing hip-hop soundtrack from RZA of the Wu-Tang Clan, Ghost Dog: The Way of the Samurai is a must see. 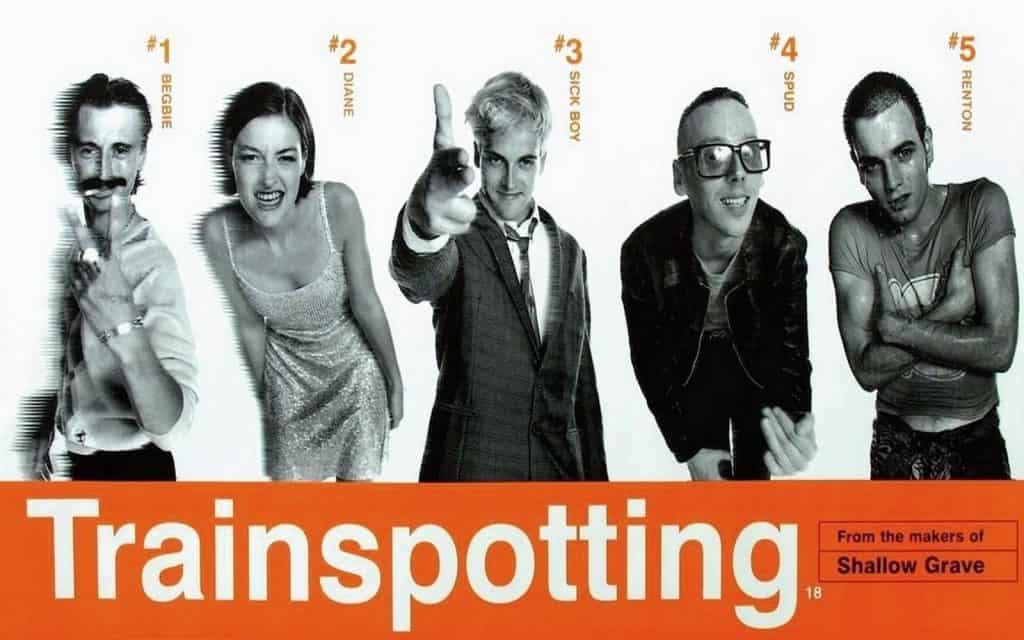 Irvine Welsh’s iconic novel was turned into a suitably iconic film by British director Danny Boyle that played out like a soiled love letter to a lost generation. It follows the journey of Mark Renton who wants to kick his heroin habit but is entrenched in the Edinburgh drug scene and his web of complex relationships with his pic’n’mix bag of friends.

A generation-defining piece of cinema that saw Welsh bring drug culture smack bang into the limelight in this equally humorous and harrowing tale of characters lacking ambition other than their next hit. A stand-alone masterpiece of cinematic brilliance from the ever-evolving visionary Danny Boyle and we didn’t even get to the incredible soundtrack. 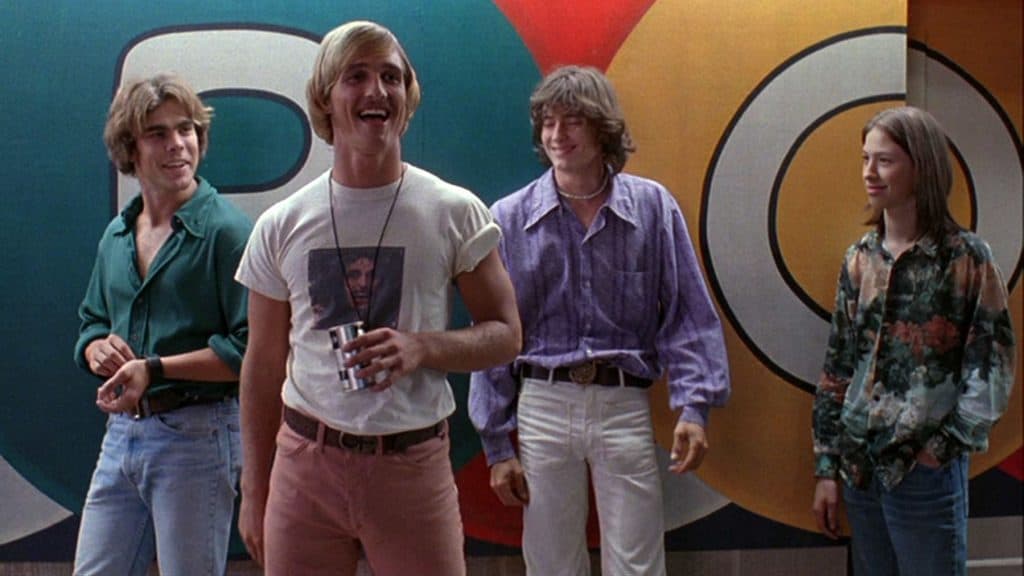 This list could have been filled with Richard Linklater films, Before Sunrise, Slacker, SubUrbia, but we’re going for one of his very best in Dazed and Confused. Before Mathew McConaughey went all serious and started thanking his future self in Oscar speeches he propped up this quite wonderful cast of misfits enjoying their final day of high school in what is a pitch-perfect reflection of the late seventies.

With a killer soundtrack that dissolves the racket of the big wide world, this group of late teens ponder their place in a cruel society dominated by relentless and unforgiving institutions, while doing what all disaffected youths do, get drunk and get stoned. Maybe you can’t change the world, but you can change how you live in it. 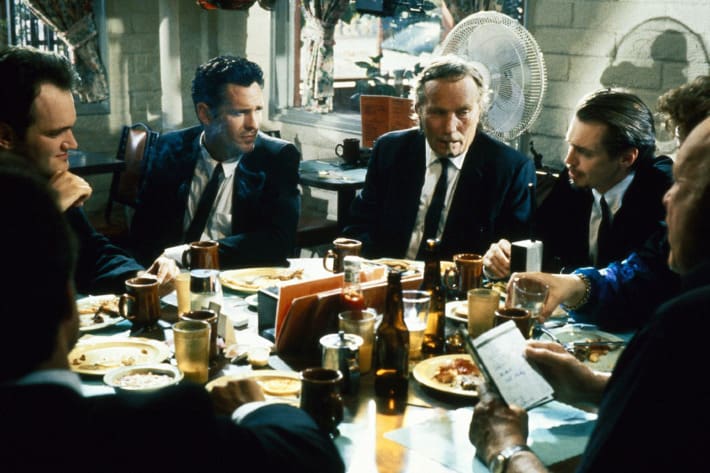 Empire marked it the ‘greatest independent film of all time’ and certainly for those growing up in the nineties, this was a groundbreaking cinematic experience, as Quentin Tarantino’s feature-length debut starring the likes of Roth, Keitel, Buscemi, and Madsen, heralded the birth of a much-needed voice in Hollywood and the greater filmic landscape.

The heist film without a heist hit the right note with audiences everywhere as the dialogue-heavy, real-time events unfold. Unapologetically and graphically violent, this like Dazed is defined by its soundtrack and pop culture references, but most of all an unflinching, in your face approach that heralded a brave and exciting new talent in Tarantino. 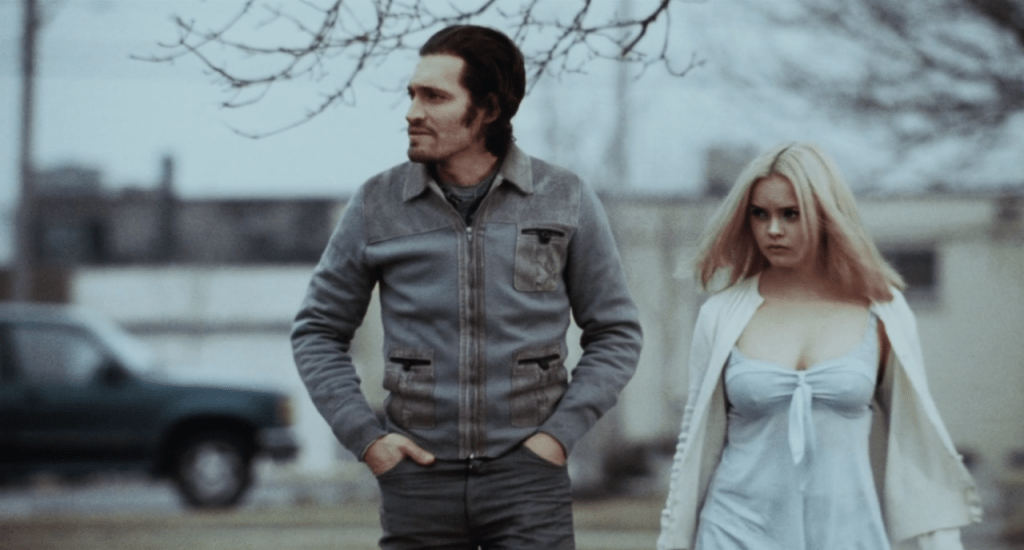 For those that fall in love with Buffalo ’66 it’ll be a love that lasts forever, for others they probably won’t see what the fuss was about. Not that there was a lot of fuss on the films release in 1998 with many critics labeling it pretentious, probably due to the fact that the enigmatic figure of Vincent Gallo wrote, directed, starred, created the score and probably did the on set washing up for this beautiful tale of the most messed up of romance.

Gallo plays an unlikeable ex-con with a heart who kidnaps dancer Layla (Christina Ricci) and takes her to his American football obsessed parent’s house where he makes her pretend to be his wife.

It’s an unconventional sometimes meandering film, yet there’s something hauntingly beautiful about it as we watch the awkward, yet touching relationship that develops between the two protagonists. Funny, original and about as far from cliched as you can get, this is a true great in the indie movies canon. 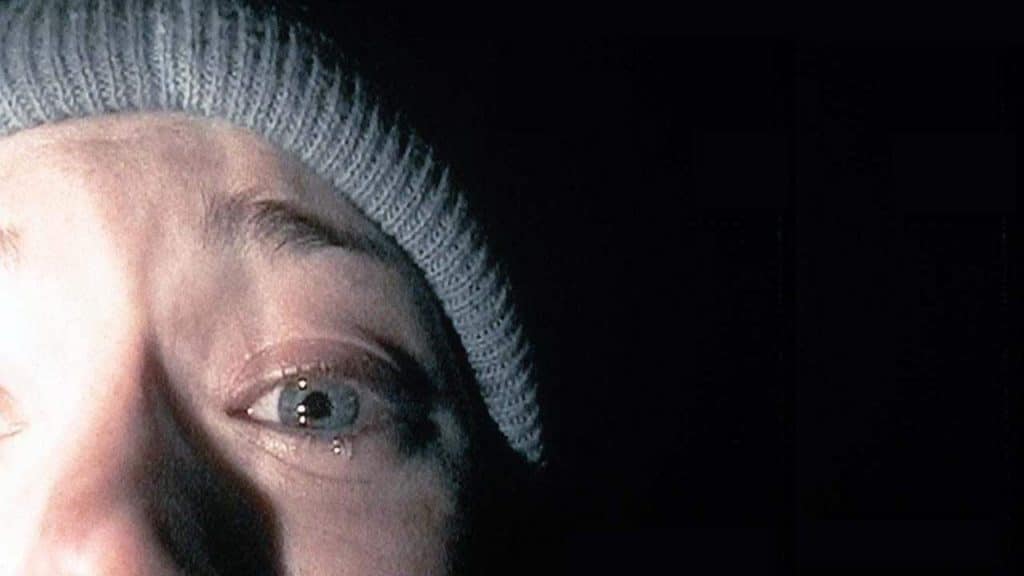 The blueprint for countless modern horror films, it was way back in 1999 when The Blair Witch Project caused mayhem in cinemas the world over.

The handheld, nauseating, home video original that sparked to this day a raft of found footage impersonators succeeded off the back of an ingenious marketing campaign in what proved to be a groundbreaking scare that reimagined the horror landscape for the turn of the millennium.

On a modest budget of roughly $60,000 Blair Witch developed cult status and went on to rake in a quarter of a billion dollars worldwide. A triumph for guerilla filmmaking the story embellishes every child’s nightmare with a harrowing final scene that left audiences genuinely aghast. 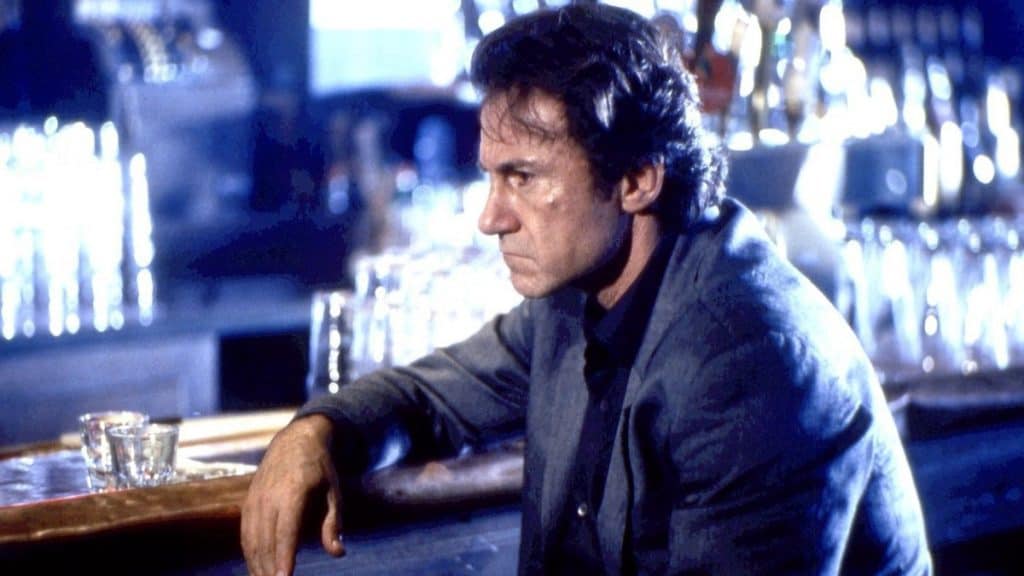 Abel Ferrara isn’t a director known to do things by halves, and his full maverick style is laid out on the screen in this neo-noir masterpiece. Harvey Keitel stars in an exceptional and many would say career standout performance as the beyond corrupt Catholic cop who manages to sink lower than a dead weight before his moral compass is skewed and a shot at a redemption brings into sharp focus his pitiful and destructive lifestyle.

Expertly driven by Abel Ferrara who like Tarantino allows Keitel to dictate the pace and mood that underlines the oft-forgotten gravitas of his on-screen presence. 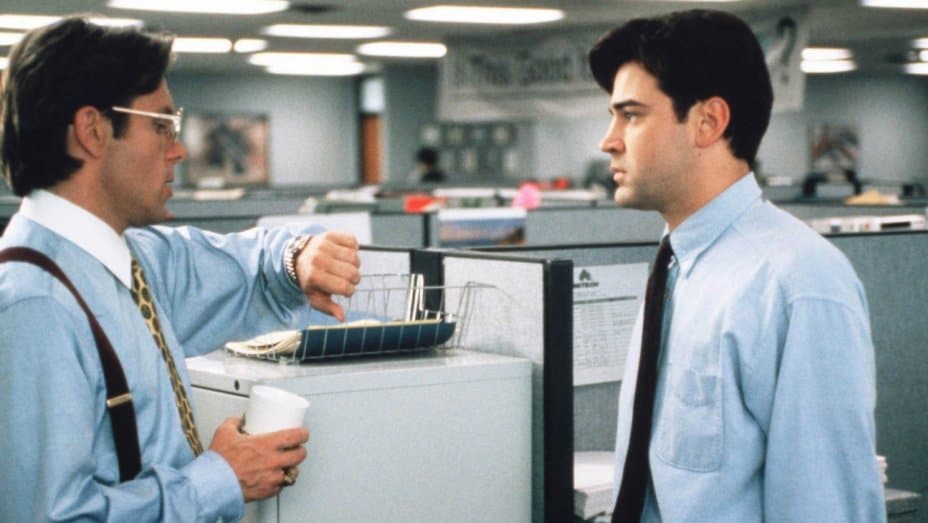 This hilarious take on the misery of corporate America is remarkably subtle given it was the birthchild of Beavis and Butthead creator Mike Judge, as the outstanding Ron Livingston assumes the role of Peter Gibbons who harangued by his nightmare employer about the most insignificant of details at every turn, undergoes hypnosis by his therapist, who dies mid-session, leaving him in a newly found blissful state and a two finger salute to the world around him.

His newfound state of carefreeness leads him to find love and even being fast-tracked onto a management scheme when all his colleagues look to be getting the boot. A stirring life lesson to us all about not take things too seriously and most importantly not letting our jobs define who we are. 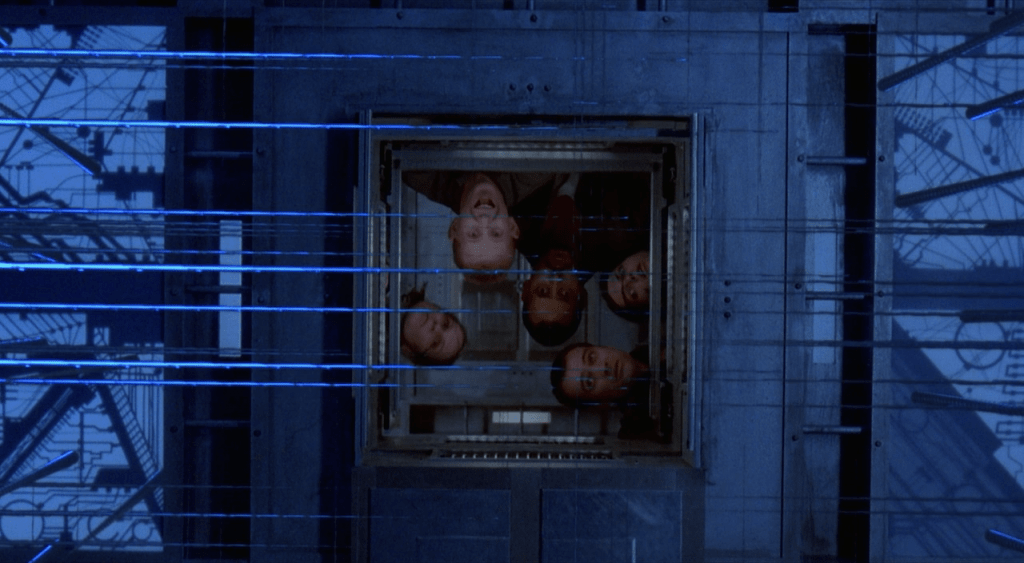 The simple premise belies the gripping and tension-filled experience of watching Cube, as this low budget Canadian sci-fi horror featuring a cast of complete unknowns leads the viewer on a dystopic and surreal merry-go-round.

A mish-mash of people trapped in a maze of rooms connected by corridors each booby-trapped in the most devastating fashion, it’s a race for the surviving protagonists to establish why they’re there, what the hell is going on and how on earth they’ll get out in one piece, literally.

The lack of information or even an outside world within which to place this labyrinth, leaves the viewer as lost as the poor souls playing this traumatic life or death game of survivor. 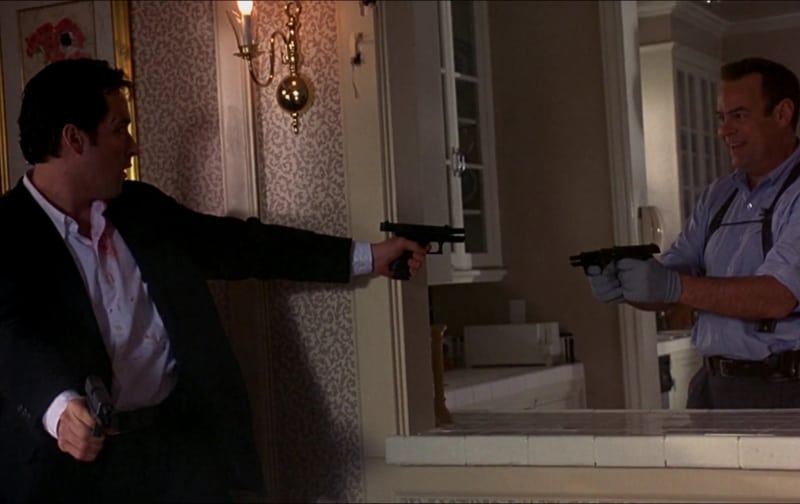 John Cusack is at his absolute best as Martin Blank a professional assassin tasked with completing a mission in a small suburban town that also happens to be playing host to his ten-year high school reunion.

His life has become a complicated mess and reaching crisis levels of disillusionment Blank battles both his past and his present as he not only goes to war with rival … played by Dan Ackroyd but also faces up to his one time love and high school sweetheart Debi (Minnie Driver) as the net tightens on his already unstable existence.

In a way, it’s a cleverly disguised rom-com aimed firmly at us men, with Blank’s love for Debi changing his path. Oozing with charm, violence and laughs it’s a gem of an indie movie. 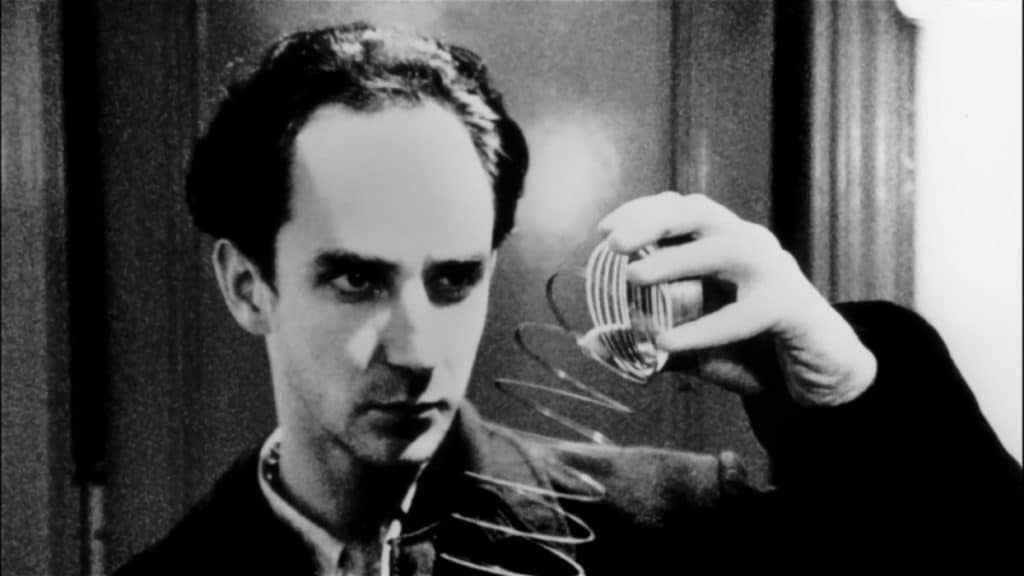 Darren Aronofsky’s mindbending directorial debut is certainly not one for the conservative cinema goer as his experimental grainy black and white headf**k of a film leaves viewers as unhinged as the lead Max Cohen, in what is, without doubt, a remarkably original concept.

Notions of life, religion and mathematics collide head-on as Cohen a tortured soul burdened by the weight of his own genius endeavours to spring new life into his decrepit existence in a dingy Chinatown flat in New York, by staving off the ravages of unemployment, using his acute understanding of numbers to predict stock market patterns, merely manages to open up a can of the most complicated worms in a thriller that’ll stay long in the mind. 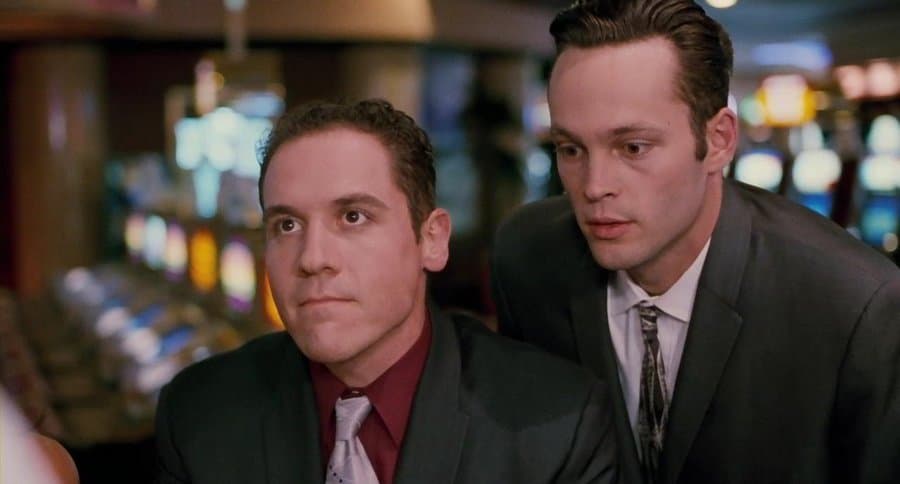 The film that made stars of Jon Favreau, Vince Vaughan and the aforementioned Ron Livingston is a laddish banter-fest that quickly became a cult classic of the era. The film follows the lives of a group of friends living in Hollywood, chiefly Mike (Favreau) as he attempts to get back into the dating game after the sudden end to his six-year relationship.

His pals drag him out on the town to cheer him up and chase down some new romantic prospects, with the gang wear suits sharper than a razor and most having words to match. It’s the perfect movie for a boys night in, you’ll never say ‘money’ the same way after watching this cult indie classic. 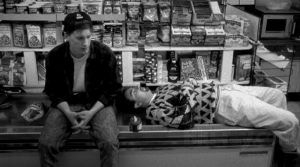 Putting the indie in indie movies, Kevin Smith’s slacker flick Clerks shot in black and white for a budget of less than $30,000 launched his career announcing Smith’s talent as a sound cinematic observer and acutely judged comedy writer.

Featuring an ensemble of quirky characters, notably friends Dante (Brian O’Halloran) and Randall (Jeff Anderson) the film follows a day in their life working in neighbouring stores. It’s predominantly a series of conversations and reflections on life, society – most notably their infuriating customers – discussing everything from Star Wars to unlikely sexual adventures, essentially life’s big questions.

A perfect reflection of restless discontented youth in the era of grunge as two buddies attempt to understand their place in the world.