Who Wants to Buy Some Moon Dust?

Sir Roger Moore, philanthropist, UNICEF ambassador, preacher of peace and goodwill, lover of fellow human beings (and animals for that matter), one of the gentlest of men and not to mention 007 License To Kill. To meet Roger Moore was to be in the presence of a really kind soul, he had a twinkle in his eye, a love of life and a belief in the good of mankind.

He was by no means the greatest actor and was the first to say it, in fact in describing his talent he once proclaimed, ‘I’ve never received a nomination for an academy award – and that after I learned two more facial expressions.’ Humble, kind and gregarious to the end, Roger Moore was someone who understood his position in life, appreciated every opportunity bestowed his way and tried to give back all that he was afforded.

“I used to work for a living and then I became an actor.”

The eyebrow bending, debonair chap from south London that was Roger Moore, where do you begin? In the 1980s and early 90s not an Easter holiday or Christmas was spent without watching The Man with the Golden Gun, Octopussy, The Spy who Loved Me, A View to a Kill, Moonraker or For Your Eyes Only.

Of course, Moore was much more than the smooth operator that appeared to glide his way through the 1950’s, 60’s and into our lives as the third James Bond in the 1970’s and early 80’s. His early career was well spent utilising his dashing good looks in modelling campaigns where he became known as the ‘Big Knit’ for his role as woolen go-to guy extraordinaire. 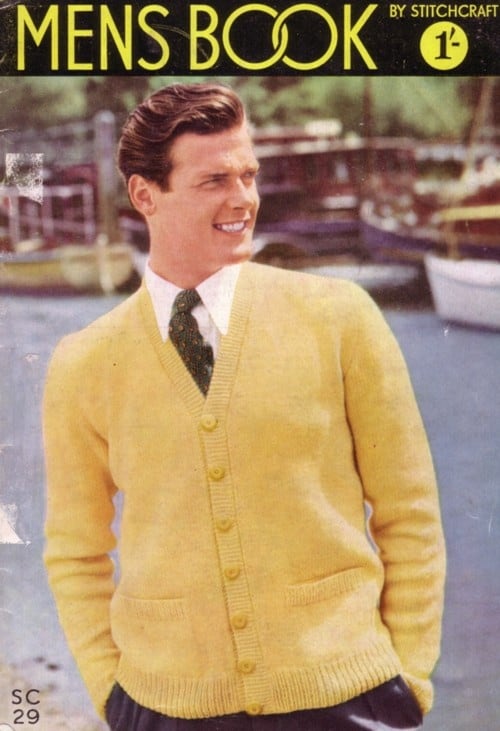 Born in Stockwell in 1927, a South London suburb which is still in the top five places to be mugged in the capital (top tip, avoid the cashpoint on the left as you walk out of the station). The son of a policeman and his Indian born mother of English origin, Moore was evacuated to Devon during the Second World War however went on to earn a place at RADA, possibly the greatest acting school in Europe, maybe the world and which the majority of screen and theatre stars today have tried in desperation to enroll.

It is ironic that in fact, he studied alongside Lois Maxwell, whom unbeknownst to either would become his Miss Money Penny when he was finally cast as Bond, after the second approach by Cubby Broccoli, enjoying a six-year long career in the role. A modest man who described himself as very much a lover not a fighter, he did indeed perform active service in WWII , an experience many of his more celebrated colleagues could never attest to, and maybe an early indication to his approach of not taking life too seriously. In fact, he ended up in charge of a small but undoubtedly resolute battalion in West Germany. The 6’2” hero was already in the making!

Off the back of his successful knitwear catalogue campaigns, post-war he was snapped up by MGM and put on a seven-year contract but after a relatively unsuccessful effort was dropped after two years. He then picked up whatever parts he could as an extra, starring alongside the likes of Lana Turner and taking opportunist roles under such luminaries as Alfred Hitchcock.

Eventually, he settled in the world of the small screen, television would provide a platform – from Ivanhoe to Maverick things looked good before landing the trump card of The Saint and later the role of Lord Britt Sinclair in The Persuaders. Carving out a niche as the handsome hero he quickly became synonymous as the go to English gent.

What resonates most about Roger Moore is that he really did count his blessings, he always put the greater good first and you’d have to search pretty darn hard to find someone with anything remotely like a bad word to say about him.

“When I was a young actor at RADA, Noël Coward was in the audience one night. He said to me after the play, ‘Young man, with your devastating good looks and your disastrous lack of talent, you should take any job ever offered to you. In the event that you’re offered two jobs simultaneously, take the one that offers the most money.’ Here I am.”

It’s pretty much the same today, and for a man who some said didn’t have a great deal of talent, Roger Moore certainly got a hell of a long way, further than most actors ever will today. 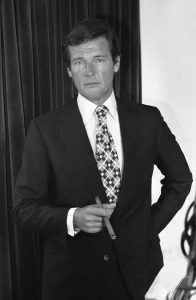 In due course Bond came calling in 1973, it was the second time it had been offered to him and after the George Lazenby debacle of ‘On Her Majesty’s Secret Service’, the Bond Producers were gagging for a success. In Live and Let Die (1973) we saw a move away from the steely, physical presence that was the hallmark of Connery and a new comedic spy was born, a speed boat chasing, alligator jumping, voodoo killing, underwater slaying action-packed adventure that was the signature of the film became a huge success.

The action in The Man With The Golden Gun was lacking, but it was a hell of a story and would put many of today’s films in the shade. The 6’7” Christopher Lee who played the adversary, Scaramanga, became a lifelong friend until his death. But Roger really came into his own with ‘The Spy Who Loved Me’. He had the latest Lotus car which was beautiful and what’s more it turned into a submarine! It was legendary.

He looked good, he walked good, he talked good, he fitted the role and he managed to kill the invincible Jaws, the ultimate Bond baddie, and at the same time bedding Ringo Starr’s girlfriend, Barbara Bach.

EON, the makers of the Bond films (which stands for ‘Everything or Nothing’ by the way), wanted to keep the money rolling, and offered Roger even more money to continue, dressing him in silly safari suits and placing him opposite ever younger starlets.

To Roger, this was a hoot! He was being paid more than he could never have predicted, he didn’t have to do much, he jet-setted all over the world and was more famous than virtually every other actor on the planet, what was not to like? And when people mocked him in later life as an actor who only knew how to lift one eyebrow … he knowingly lifted it, saying secretly ‘If only you knew!’

Roger Moore lived the life that most of us could only ever dream of and was entertaining throughout. Sir Roger Moore, The MALESTROM salutes you!