Architectural Gems: Wetherspoon Pubs that used to be Cinemas

The countdown is on, in less than 24 hours time the world will have access to the second series of Netflix’s global phenomenon Stranger Things 2. It’s transcended simply being an entertaining telly series and instead seeped into the public consciousness and become an entity all of its own. With posters on every corner and constant drips of info about what we can expect clogging up social media, the release is turning into quite an epic event.

Indeed The 27th October is set to see Netflix well and truly underline it’s status as top dog in the world of original content. So in recognition of series 2 being so close we can almost taste the Eggo waffles, we take an upside down look at how, through many strands of popular culture, Stranger Things has pretty much taken over the planet.

UK clothing giant Topshop have teamed up with Netflix to release an exclusive 28-piece clothing and accessories line based around the series. The flagship Oxford St store had fans cueing round the block to get a look at the new clobber when it was released last week. A lot of the T-shirts and bags have already sold out, so you’ll have to get in quick if you want to get the look.

Footwear has got a piece of the pie too, with the seriously limited edition release of the Reebok boots Dustin dons when dressed as a Ghostbuster in the new series, complete with hand drawn ghosts of course. Or to give the kicks their full mtitle, the BAIT x Stranger Things x Ghostbusters x Reebok Ex-O-Fit. You have to register with retailer BAIT just for the chance to purchase these $140 beauties.

Unsurprisingly it’s also spawned several computer games. There’s a cool looking, one room, point and click adventure game made by Infamous Quests, which they call ‘a small labor of love.’ Not to mention Netflix’s own retro gaming beauty Stranger Things: The Game for mobile devices. Take a look here:

When some form of entertainment is successful, Hollywood sits up and takes notice. To say this years box office hit It was influenced by Stranger Things would be an understatement. It could definitely be argued the original TV incarnation of Steven King’s novel in turn initially inspired the Duffer brothers to make the series in the first place, but regardless the footprints are all over the recent movie.

The first watch of the It trailer felt like we’d been dropped right back in Hawkins, Indiana, just with a different gang of kids. We have the feeling we’re going to be seeing a spate of ST inspired movies popping up very soon.

It takes true dedication to the cause to ink yourself in tribute to something, and that’s what many fans of the show have done. Who knew Stranger Things tattoos are a thing? Whether it be getting the popular Christmas lights that adorn Winona’s gaff on your leg, or a picture of Eleven employing some of her mind moves placed somewhere on your body, nothing quite says ‘I live for this shit’ quite like the permanence of a tatt.

You can bet your bottom dollar that same as last year the number one go-to costume at this years Halloween party is going to be Stranger Things related. And probably right up until the show ends (obviously we can never let it end though). Who doesn’t want to be confronted by a wild looking Winona-alike dressed as her living room? That’s exactly what we want on Halloween night. 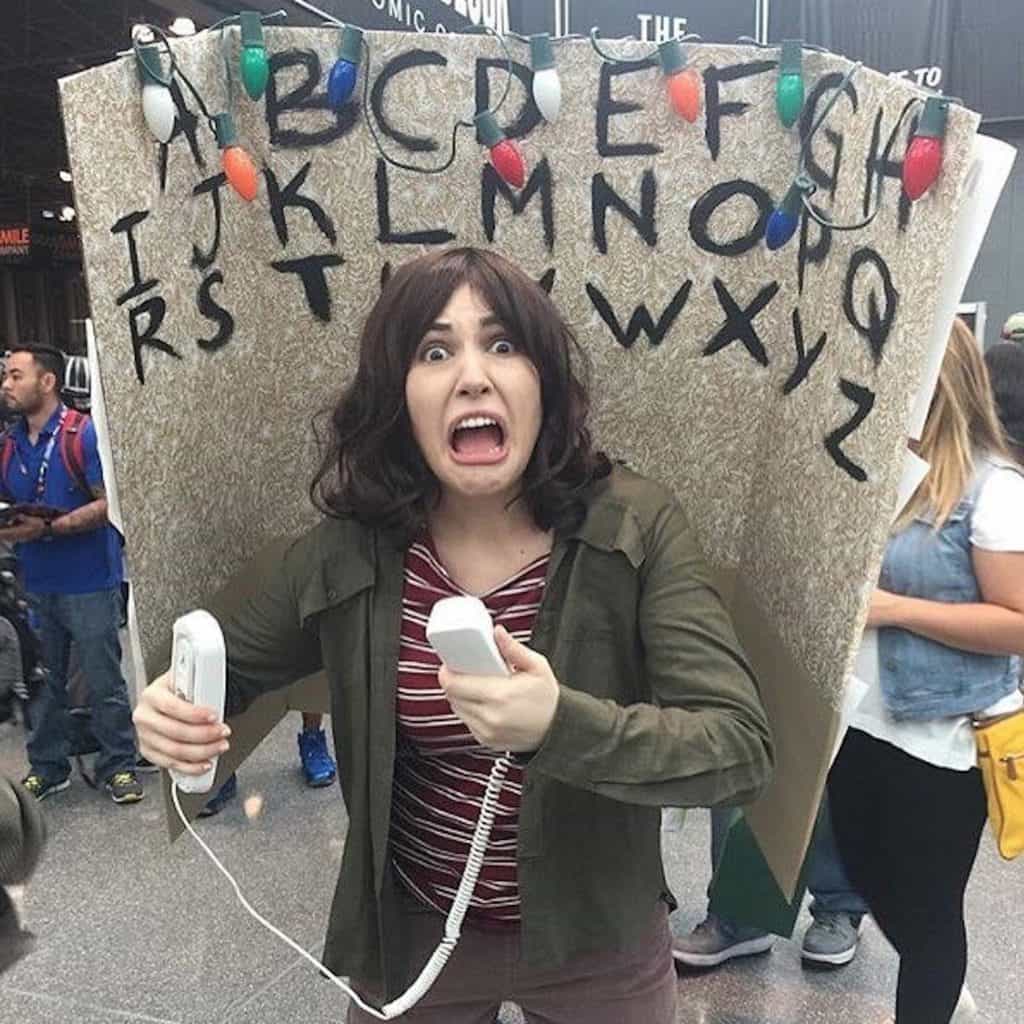 Last week Netflix revealed five million new subscribers had signed up to the on-demand service over the past three months. With profits doubling like this it’s no wonder the show’s creators the Duffner brothers were given a whopping $8 million budget per new episode. With what we’ve seen already, that number looks like a bargain.

Here’s the final trailer to soak in before things get very real and even stranger tomorrow.