Now the nights have begun to slowly draw in many of us may use that cover of darkness to stick on a horror film and give ourselves a good scare. And we all know the most sinister cinema is rooted in reality. That being the case here’s a selection of the creepiest horrors inspired by real-life events.

This film centres around the book that tells the real-life story of the Lutz family of Amityville, Long Island. They moved into 112 Ocean Avenue, the home previously owned by a family who had been brutally murdered by Ronald DeFeo Jr one of five siblings. He killed his parents, two sisters and two brothers at 3am on Nov 13th, 1974.

But things got very strange when the Lutz family moved into their new home, they saw some terrifying sights of demonic behaviour during their short twenty-eight day stay, in fact, one by one each member of the family experienced terrifying incidents.

Furthermore despite not being religious, it is reported the family had the house blessed due to the horrifying murders, and perhaps they would have been wise to listen to the Priest who performed the task who unequivocally recommended they think again, or at the very least stay clear of the bedroom on the second floor where he heard a demonic shout of ‘get out’.

Things got decidedly worse for the Lutz’s they claim to have seen blood dripping from walls and even photographed ghostly images of children. Hence removal vans were quickly booked soon after. Questions have to be asked of Defeo Jr himself, who had without rhyme nor reason shot his entire family. Was there, in fact, some mysterious paranormal force that led to his crazed actions? 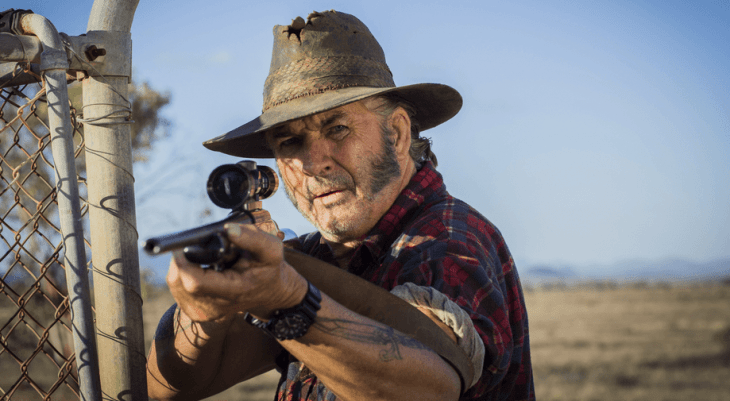 This edge of your seat thriller featuring the sinister Jon Jarrat set in the endless and lonely Australian outback leaves you forgetting how to breathe! The story is said to be based on several different true crimes that took place in Australia. One was 90s backpack kidnapper Ivan Milat who preyed on hitchhikers, after picking them up, he would torture them in the wilderness.

In this twisted tale Jarrat our ‘wolf’ in sheep’s clothing finally reveals his true intentions, he proceeds to subject the travellers to some extreme physical abuse remarkably similar to the methods used by Milat. Another outback encounter that received enormous press attention, particularly in Britain was the murder of Peter Falconio and the subsequent arrest of Bradley Murdoch.

A drifting giant of a man, who inexplicably murdered the British backpacker before attempting to kidnap his girlfriend. To say the waters are muddy with this one however is an understatement, the body has never been found and it was indeed Falconio’s girlfriend Joanne Lees who came under scrutiny.

Finally, there were the Snowtown murders, which was made into a harrowing film of its own – where a grisly group of nut-jobs proceeded to murder 11 people on a five-year killing spree, before dumping their bodies in barrels of acid in the off the beaten track outback town. Who’s booking a flight to Oz anytime soon.

This dramatic sci-fi film is based on the real Travis Walton’s alleged abduction by particularly nasty little green men on November 5th, 1975. It follows the story of Arizona logger Walton and his disappearance in the woods via a UFO light beam that takes him away.

The account given by Travis when he turned up out of the blue five days later was pretty terrifying, with short aliens examining him in a makeshift hospital room and them trying to suffocate him using a plastic material. The ravings of a madman? Or could there be some substance to this strange case? Here’s the very unsettling abduction sequence from the movie.

Although the Richard Gere starring film might be remembered for being pretty poor rather than scary, the movie was based on some very unsettling sightings of the Mothman of Point Pleasant, West Virginia. First seen in the area in 1966 the odd man/bird creature was generally described as “a large flying man with ten-foot wings.”

Not someone you’d like to bump into after dark. In December 1967, the area’s Silver Bridge collapsed during rush hour, 46 people were killed. Many blamed the Mothman, who was never seen again after the tragedy. Watch the trailer for the recent documentary on the subject HERE. 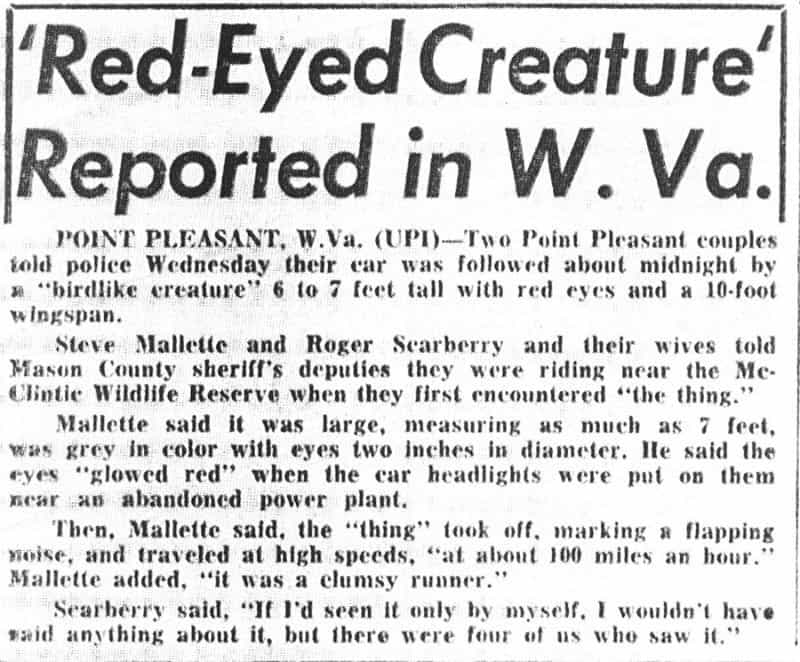 The story of a boy, known as ‘R’ or ‘Roland Doe’, rather than the female central character we remember in the film, was the inspiration for one of the scariest movies of all time. In 1949 Roland was said to be possessed by demonic forces leading to several exorcisms by the Catholic Church.

His Aunty was a spiritualist and had previously introduced the child to an Ouija board. Had he unwittingly meddled with powers that he didn’t understand and unleashed some darkness?

Reports that priests saw many odd events such as furniture moving of its own accord and levitating objects suggest something very disturbing was taking place. The story behind The Exorcist remains one of the most borrowed to this day with subtle variations being used in countless films.

The infamous chainsaw-wielding monster Leatherface was inspired by the prolific serial killer Ed Gein known as ‘The Butcher of Plainfield’ who had a penchant for keeping the faces of his victims whom he massacred during the mid-fifties.

Gein’s twisted personality was forged through an unhealthy and obsessive relationship with his mother, that it has been reported also inspired elements of another notorious scarefest, that of Psycho.

After the death of his mother, Gein proceeded to rob graves, taking body parts as souvenirs that he kept in his isolated and desolate farmhouse. A Texas Chainsaw prequel is set to hit the cinema’s later this year, looking at the origins of the macabre skin masked character in ‘Leatherface’. Check out the trailer below.