Interior Redesign – Transform Your Pad With These Simple Steps

In the 1960s and 1970s, more than 100 films were shot at two film sets in the desolate Tabernas Desert in Almeria in southern Spain, and unbelievably the spaghetti western ghost towns are still standing today.

Once graced by Hollywood luminaries such as Clint Eastwood, Lee Van Cleef, Yul Brynner, Charles Bronson and Henry Fonda in classics such as, ‘A Fistful of Dollars’, ‘The Good, the Bad and the Ugly’, ‘A Few Dollars More’ and ‘Once Upon a Time in the West’, the Tabernas Desert in Almeria was chosen as a film set for the fact that it looked exactly like the North American and Mexican outback, the light for filming was as good as LA, and most of all it was incredibly cheap; hence the name ‘spaghetti’ was added as a prefix to the western. 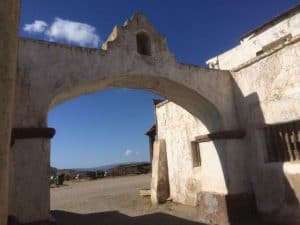 As the cost of Hollywood locations rocketed during this period, southern Spain was an ideal option for low-budget films by emerging Directors such Sergio Leone and Sergio Corbucci, and soon a mini-Hollywood emerged just a stones throw from the Costa del Sol and Benidorm.

Clint Eastwood at the time was just a struggling B-Movie and TV actor in a series called Rawhide, and Lee Van Cleef was actually a full-time hairdresser who couldn’t get a break in acting for love nor money. When he went to Sergio Leone’s motel room in Hollywood for an audition, Leone looked out of his window, took one look at his face and said, ‘I don’t care. Just hire him!’ And hence the man with the viper’s eyes and ice-cold stare landed the job of a lifetime. 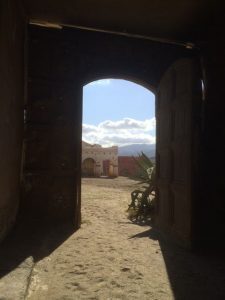 Today, if you head north out of Almeria on the A-92 and turn right onto the N-340a towards the small town of Tabernas, you’ll first off come to Oasys Mini-Hollywood on your right hand side. Originally designed by Carol Simi in 1965 for Sergio Leone and built to shoot, ‘For a Few Dollars More’, it was also used for ‘The Good, The Bad and The Ugly’ and Clint Eastwood, Lee Van Cleef and Eli Wallach actually stayed in the nearby town of Tabernas while filming.

Today, this is the most pristine of the existing film sets in Almeria and is freshly painted, with cowboy shows running most days in peak season, but it is still worth visiting and you’ll quickly recognise the familiar sights. 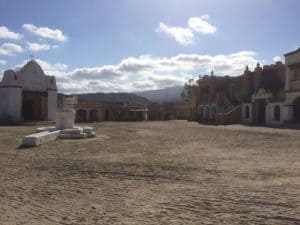 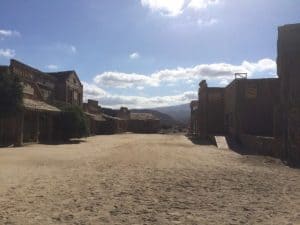 The real treat though is a couple of miles down the road at the much quieter, Fort Bravo – Texas Hollywood. This empty wooden town, rarely visited, lies down an old dirt track, and really does feel like an old haunted cowboy town from the original feature film, ‘Westworld’, re-imagined in the brilliant TV series. 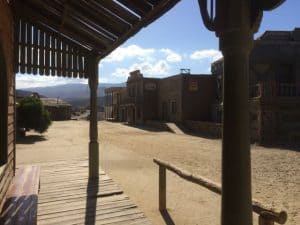 To walk around Fort Bravo either side of July and August is a genuinely eerie experience. The wooden cowboy town is often empty and it feels an odd place to mosy round. The silent black windows of the Sheriffs office feel strangely unnerving, the empty Saloon Bar and Sheriff’s Jail feel oblique without cowboys, and you feel a bit like an intruder in a place that time forgot. 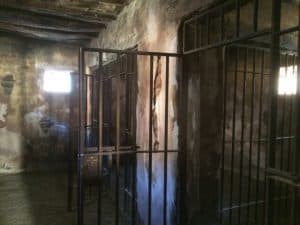 You can actually walk inside a bank and see where the cash tellers used to sit, stroll around the empty saloon bar listening to the sound of people talking and drinking in your head, and step inside the Sheriff’s office with jail cells at the back, all without a soul in sight. At the back of the Sheriff’s office the jail cells are actually made of iron bars which you can sit inside, before wondering whether Yul Brynner will walk out of the shadows as the cold-eyed, robotic cowboy hand on soon to be un-holstered gun. It really is a unique place to visit and if you’re a fan of Westerns it’s a must of a trip.