We Spoke to the Head of the Church of Jediism

January is a time when many of us think of trying to shed the extra blubber we’ve put on when going for seconds and thirds at Christmas dinner and reconciling the fact that 59 Quality Street could be our new address.

But for some seemingly less mortal souls, this time of year is just a month like any other, where they continue to punish themselves with brutal training regimes or in events that while taking them to their very limits would likely kill most of the staff in our office.

These are the super fit endurance athletes who push boundaries to take on the toughest fitness challenges on the planet. We’ve compiled a taster list of some of the most devilish offerings from around the globe, try not to have nightmares. 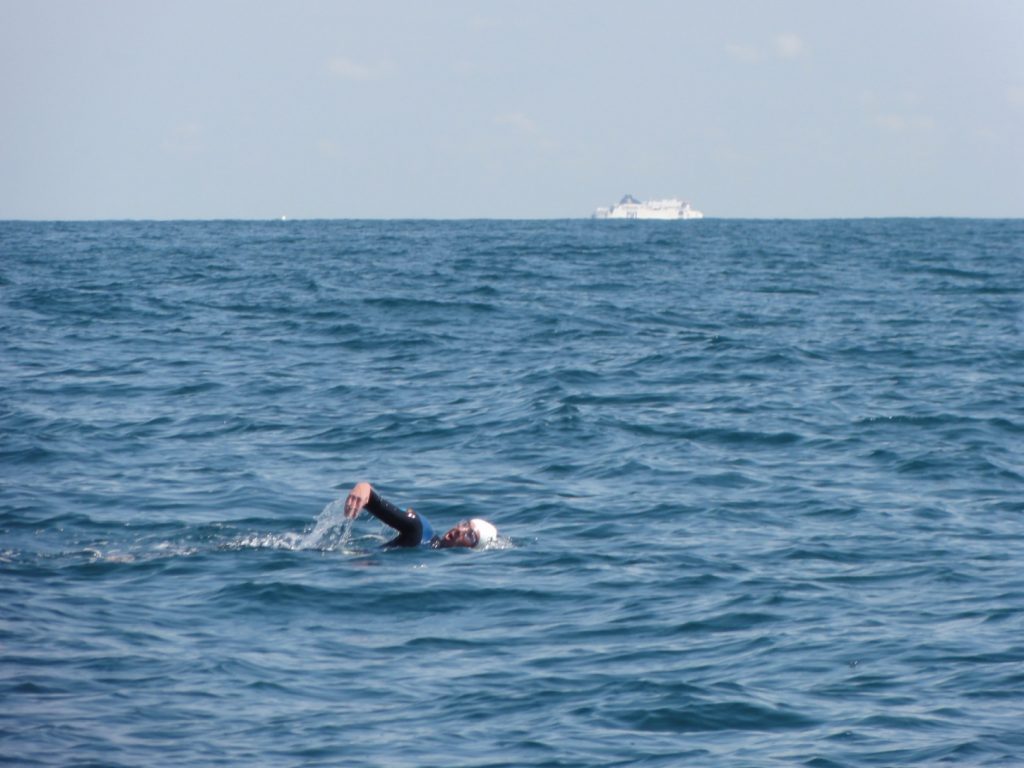 Arch to Arc sounds like it could be a nice gentle drawing class introducing shapes, in fact, it is one of the most hardcore endurance races ever to be concocted.

Beginning at the iconic site of London’s Marble Arch this triathlon kicks off with an 87 mile run to Dover from where athletes must then swim across the English Channel to the French Coast and then get on their bikes for a short 181-mile cycle to the Arc de Triomphe.

A piece of cake right! Not for the faint-hearted, anyone who’s not fitter than the fittest butchers dog need not apply. One of the toughest fitness challenges out there.

Ireland, one of the greenest most naturally beautiful places on earth, yet if you take on the Race around Ireland your most likely to be cursing its inclines than commenting on the views.

This non-stop bike race takes in 2,150 km of the Emerald Isle with 22,000m of leg-busting climbing. The time allowance for men is an eye-watering 132 hours, so don’t forget the cream for all that saddle rash.

This extreme triathlon takes place in the beautiful land of Norway. The start of the race sees competitors diving off the loading bay of a car ferry for a long swim through the water of the Hardangerfjord fjord to the local town, Eidfjord.

From here the athletes transition onto their bikes and then cycle 180 km through the mountains (pictured above), the first 40 km of which is uphill (reaching 1200 m above sea level).

After this tough task, the competitors then run 42.2 km, the latter part ending with a climb up the local mountain, Gaustatoppen, 1,880 m above sea level. Brutal in every way possible! There’s Norway we’d ever take this one on.

The Spartathlon lets you step foot into history by retreading the footsteps of Pheidippides, an ancient Athenian long distance runner, who in 490 BC, before the battle of Marathon, was sent to Sparta to seek help in the war between the Greeks and the Persians.

According to the ancient Greek historian Herodotus, Pheidippides arrived in Sparta the day after his departure from Athens. And with 246km (nearly 153 miles) between Athens and Sparta, most competitors here would be over the moon to travel the distance in a day.

The race traverses some interesting terrain like vineyards and olive groves but perhaps most treacherous is the 1,200-meter ascent and descent of Mount Parthenio, in the dead of night that is.

The Badwater Ultramarathon isn’t described as “the world’s toughest foot race” for no good reason. It covers 135 brutal miles (217km) from Death Valley to Mount Whitney in California.

It’s always a comfort to start any journey from a place with death in the title, but it’s couldn’t be more fitting here as that’s what many will feel like as they climb an elevation from 85m below sea level to 2530 metres above!

On the way, you get to pass through more ominously named locations like the Devil’s cornfield and the Devil’s golf course, so more clues you ain’t in for an easy ride attempting this one. One of the most brutal challenges around.

Register by the 19th of January to take on this most hellish of races.

This taxing eight-day challenge for the best mountain bikers in the world carves a 700-metre path through the untamed rugged terrain of the Western Cape region in South Africa.

Two-man teams take on this fierce course that along its route sees riders reach dizzy heights with 15,000m of accumulated climbing. There are gravel roads, rocky climbs and even river crossings in the Cape Epic so at least there’ll be no complaints from anyone about a bit of variety along the way.

Cape Epic takes place from the 18-25th March 2018. The new route has just been released in the video below for anyone wanting to see the challenge involved.

Obviously, the long distance across the extremely cold Atlantic Ocean makes this one treacherous enough but the really scary part of this race is the very real danger of an encounter with a Great White shark! Suddenly that English Channel swim is looking far more appealing.

The Swim is held annually to symbolise South Africa Freedom Day, 27 April 1994, the first year where all races were allowed to take place in election voting.

Not one for those with an aversion to heights, the Yak Attack is the highest mountain bike race on planet earth with riders climbing to a terrifying 5416 metres above sea level, which makes for 50% less oxygen than at sea level.

Add to that the extremely changeable Himalayan weather and Nepal probably isn’t the first place you might think of to go for a bike race, but that’s probably what makes this one so very special with its stunning snowy mountain vistas giving a spectacularly scenic backdrop to this massively gruelling challenge.

Taking just five riding days to travel between Besi Sahar and Tatopani, which is normally a 20-day trek, this like all the others is only for the super fit. Being on Buddhist territory you’ll need all the Zen you can muster to complete this one. Think we’ll stick to a spot mindfulness.

First taking place in 2006 this annual 26.2-mile icy hell is the one race many dedicated marathon runners will need to complete in order to have gone the distance on all seven continents.

And it’s no mean feat to run that far in these extreme conditions, though for all the exhaustion cited by those who take the race on, they all speak of the experience as awe-inspiring and often life-affirming.

You still need a very high level of fitness to compete here, but like any marathon, it’s not just for ultra athletes. Although many take on the challenge for charity, unlike the London Marathon you’re unlikely to find anyone here attempting this one in a rhino costume.

Last but far from least is this monumental multi-sport endurance trial, as competitors attempt to cross from the West Coast of New Zealand to Christchurch in the East.

As challenges go it begins in gentle enough fashion with a 2.2km run to waiting bikes on which racers travel to the foothills of the Southern Alps, then it’s back to running with a 30.5km stretch of rocky riverbed trails and cold water crossings.

After this cycling is once again on the menu, with a mere 15km stretch to reach the reason most people take on this challenge, the 70km kayak crossing of the mighty Waimakariri River. For anyone looking to take their kayaking to the next level, check out some of the best on the market at Globo Surf.

Those that manage to manoeuvre the winds that have been known to blow people clean out of their vessel or what rapids they come across then have another 70km by bike to reach their final destination. Exhausting and exhilarating in equal measure (so we’re reliably informed), the Coast to Coast is a beast in the world of endurance sports.