Another Kind of Life: Photography on the Margins at The Barbican

We all have that friend or colleague depending on your mood. The one who eats left over cold pizza for breakfast, and thinks nothing of having tomato ketchup on his Sunday roast and pretty much every other meal for that matter. He’s also the friend who drives you mad pretty much every single lunch time. The overwhelming noise heard is a familiar crunch, crunch as he devours his way through two packets of a revolving door of branded crisps. We could probably handle things if it were just that, but to add insult to injury, he also talks about his daily crisp selection and how he’s carefully curated said fried potato disks to go in his sandwiches of choice.

A simple man with simple tastes. Well rather than judge, it’s time to offer said friend the platform he’s always craved. One where crisp sandwiches and the nuances held therein are brought crash, bang, wallop into the mainstream culinary landscape. The stage is yours, take it away Jamie North you crazy crisp lover…

The crisp sandwich, a quintessentially British dish (well snack, but I like to think of myself as a chef du partie of sorts) that you might have first created from a packed lunch on a school trip or during a very happy experiment in your childhood kitchen. Whichever way you discovered it, i’m sure it’s certainly something you never looked back from just like me.

Crisps (or chips to our compadres across the pond) have been around for almost two hundred years. The first record of them was in the book The Cook’s Oracle (1822) an early 19th century compendium by Dr William Kitchiner. He set out a recipe to fry potato shavings in lard or dripping. American’s may disagree with the origin story of the crisp, with an American chef called George Crum being credited by many for the creation of ‘Saratoga Chips’ or the modern crisp. But that was in 1853, many years after Kitchiner’s book was published, so as it stands the Brits have the best claim, you can argue that one amongst yourselves.

Anyway back to what i’m here for in the first place. Let me show you some of the best British crisps out there that are more than up to the job of forming a crisp sandwich fit for kings. 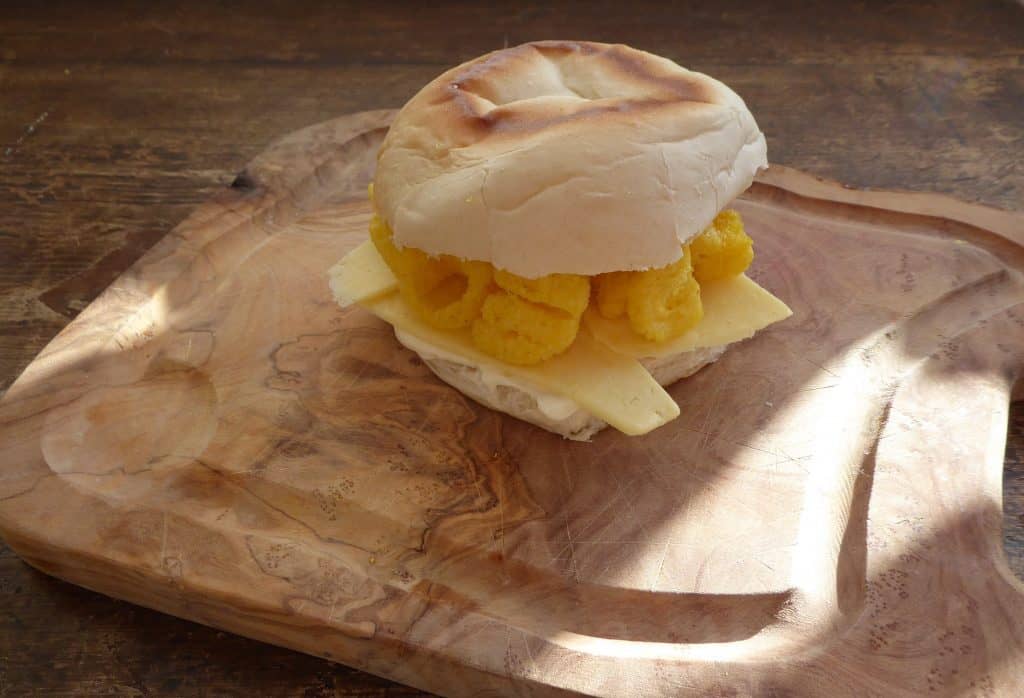 A firm favourite for the crisp sandwich indulger. Big and bulky with bold flavours and a satisfying crunch when jammed between between two pieces of bread for munching. But what flavour to choose? One of the nation’s most beloved in Roast Beef? The overwhelmingly tasty Pickled Onion or a wildcard like Flamin’ Hot? These are the kind of choices that make life worth living.

Take a buttered white bap. Add a generous helping of mayonnaise, some slices of creamy Lancashire cheese and on top a carefully arranged packet of Pickled Onion Monster Munch. 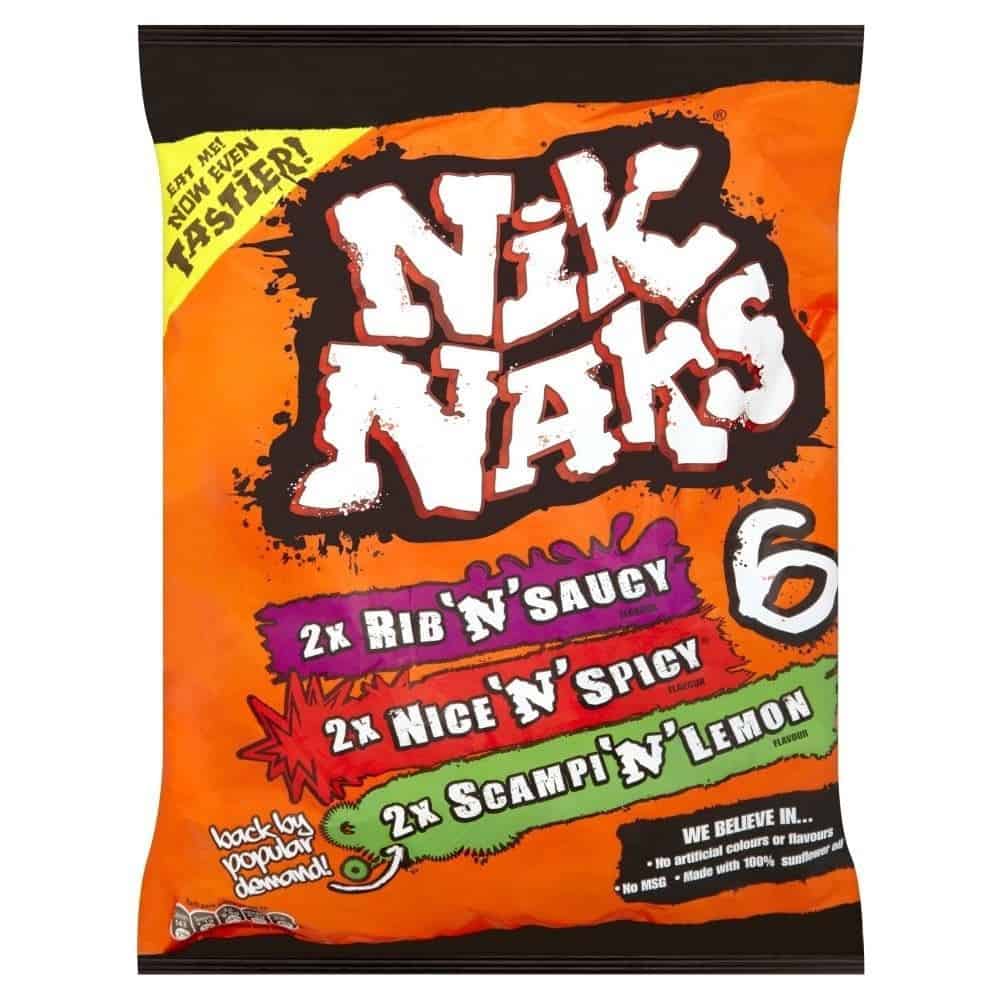 Not to be confused with a diminutive Bond baddie of similar name these knobbly golden sticks, that were super popular in the 90s, have the slightly disturbing look of a small withered chicken leg but in taste terms they’re a flavour explosion. Similar to how Cheetos used to be found they have a tight composition with a good solid snap on eating. Also it terms of health they’re relatively low in saturated fats so you can feel slightly better about eating them.

Butter a white bap and spread a thin layer of ketchup onto both sides. Add slices of mature cheddar and honey roast ham. Empty a full pack of Nice ‘N’ Spicy Nik Naks into the bap. Close and serve. 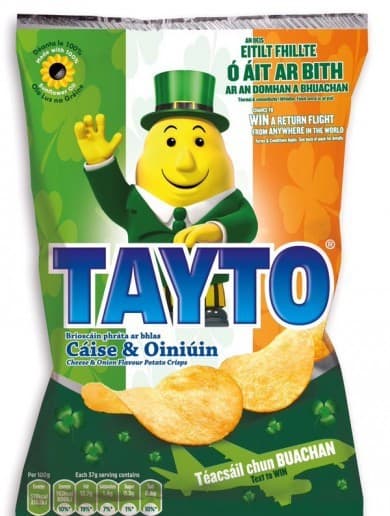 If you mention any other crisp brand other than Taytos when in Ireland you’re asking for trouble. They’re the go-to crisp of the emerald isle and anyone who’s tasted them will know why. They’re so popular they even have their own theme park called Tayto Park! But the greatest claim to fame has to be late Tayto’s founder “Joe Spud Murphy” creation, he is credited as giving cheese & onion flavour to the world. Thank you Spud.

Simplicity is the key here. Cut two pieces of Irish soda bread smothered with Kerrigold butter from grass fed Irish cows. Add a pack of cheese & onion (of course) Taytos. Cut into two pieces and serve. Ideally with a pint of Guinness. 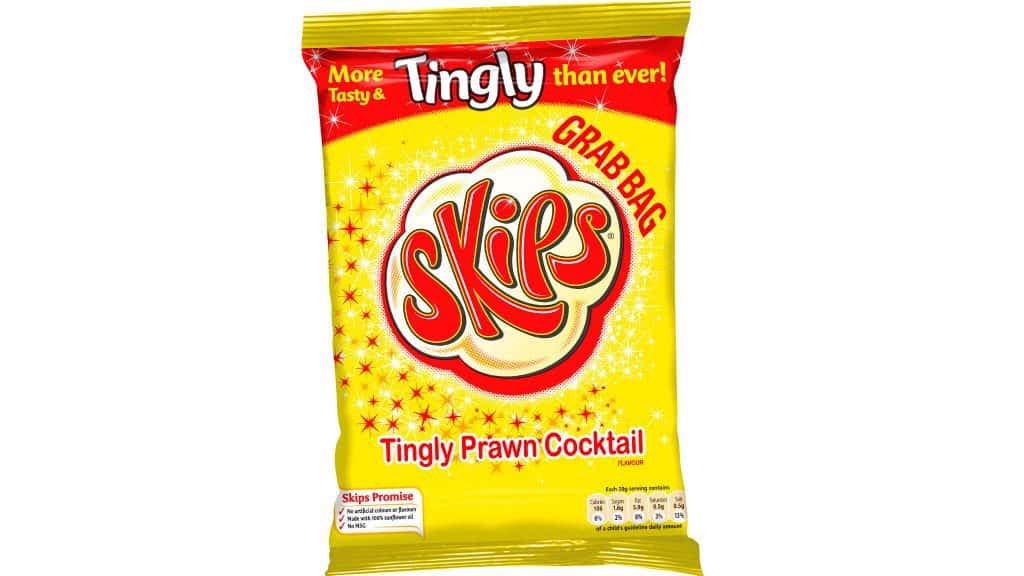 Another childhood favourite Skips are small shell shaped puffs that melt on the tongue. They were first released in 1974 in Prawn Cocktail and Sweet and Sour flavour, but it was Prawn that proved popular and Skips soon became a one flavour brand. They’re the choice of the health conscious crisp consumer being made withe 100% sunflower oil and boasting no artificial colours or MSG.

Slice a crusty brown farm loaf and butter. Mix two measures of mayonnaise and Worcestershire sauce with one helping of tomato chutney, horseradish and a splash of tabasco together. Season with a little lemon juice, salt & pepper and paprika. Add ready shelled prawns to the mixture and fill the sandwich. Carefully layer a bag of Skips for the ultimate prawn cocktail sarnie. 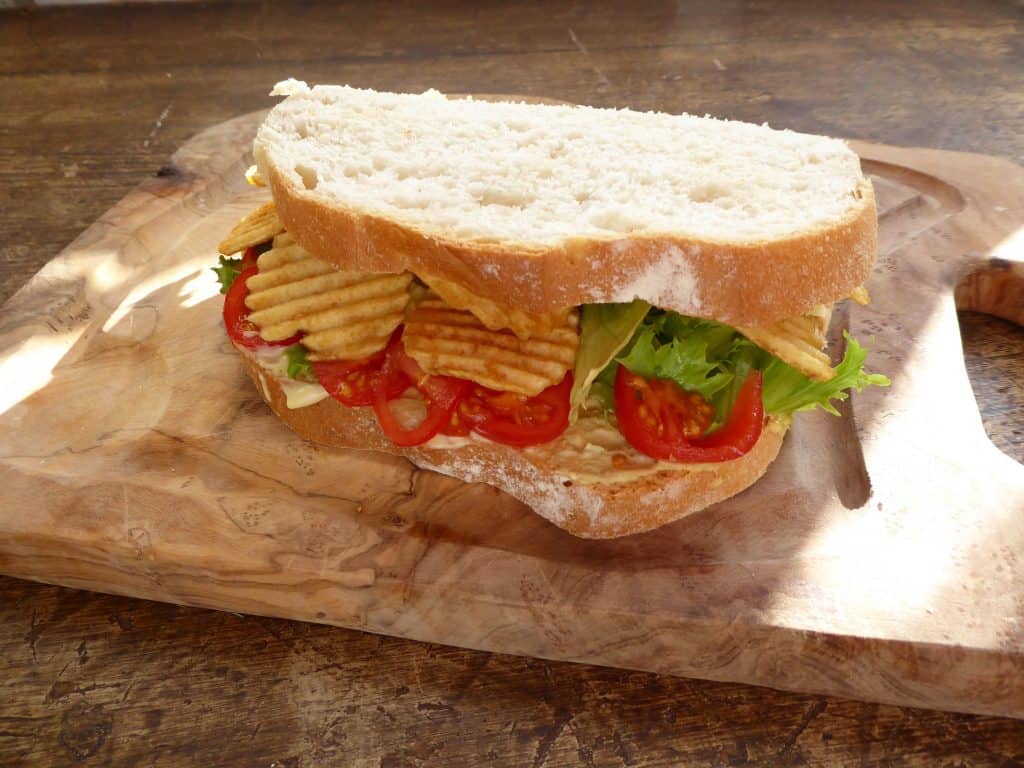 Marketed as “Man Crisps” McCoy’s unashamedly pride themselves on being the big and rugged types. Their ridge cut design sets them apart from the rest of this field, standing up well in a sandwich with their toughness texture wise, juxtaposing the soft bread. They come in a range of flavours from the ones you’d expect to the more exotic like Thai Sweet Chicken and one of our absolute favourites Mexican Chilli

Slice open a large cob loaf and butter. Mix a teaspoon of dijon mustard with a tablespoon of mayo and a light sprinkle of salt and pepper. Layer on the bread. Add iceberg lettuce and slices of tomatoes. Finally fill with Flame Grilled Steak McCoy’s, close and serve. 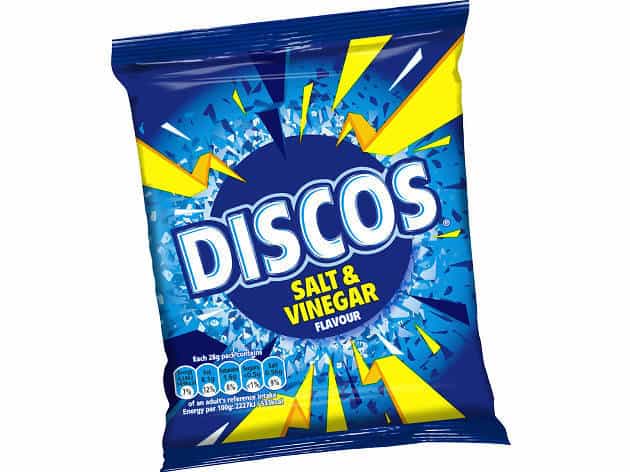 Discos are quite hard to place in the crisp pantheon as their constitution is quite different to most other brands. They’re quite flaky, but also have a strong distinct flavour. But Discos have to be included because if we’re talking what makes a good crisp sandwich, and we are, then for some reason these strange discs have what it takes.

Slice two pieces off a sourdough loaf. Butter both pieces, add a generous layer of chutney and then slices of strong cheddar. Fill with a packet of Discos. If you have a sandwich press a toasted version of this takes it to yet another level.

I can’t advocate Pringles for this article, despite their popularity, due to the fact they’re American and also they seem to burn better on a campfire than wood.

Is there a crisp sandwich we need to know about? Tell us in the comments below?