Get in the Festive Spirit: The Booze EDIT

The party season is well and truly on its way. And with all the overindulgence that accompanies this time of year, we all need to be a bit kinder to our guts. More accurately it’s our gut microbiome, the community of microorganisms that live in the digestive tracts of humans, that need to be serviced. In fact, so significant are these microbes to our overall well being that when compromised can have a serious effect on our immune system, metabolism and therefore weight and in short our general appearance.

As more and more research is done, it’s becoming increasingly clear that western societies are plagued by gut issues that are leading to disease and hypersensitivity. For those with inflammatory conditions, once again, it might be worth looking to your gut for answers. One aspect of your diet apart from following the well known sage advice to eat more and as many different fruits and vegetables as possible, plus lots of fibre, you really should consider adding one, if not more fermented foods into your diet.

What exactly is fermentation? Fermentation is if it can be described simply, a chemical process in which an organism transforms a carbohydrate such as sugar or starch into an acid or indeed alcohol. It’s essentially a process whereby microorganisms can grow and flourish in the absence of air, or oxygen if you like.

It is, as many of you will be aware of the age-old process by which beer or wine is produced, which indeed themselves have certain health benefits when consumed moderately. As far back as the mid-19th-century scientists of the time were aware of the process of fermentation and furthermore, during these times it was a means by which cheese or leavened bread was made.

Indeed, many may look upon fermented foods as a current ‘fad’, but having been used for centuries by mankind as a source of wellbeing, they continue to be a staple in many diets across the globe. Nutritionist Cassandra Barns explained to us exactly what the benefits of fermented foods are and why we should be including them in our diet:

“We’re learning more and more about the importance of the ‘friendly’ bacteria and other microbes that live in our gut. Traditional fermented foods and drinks are great for your gut. They’re like natural probiotics in food form – but better, because they can provide a much wider range of friendly bacteria than a typical probiotic supplement.”

Here’s a quick guide to some fermented foods you could implement into your diet to keep that gut of yours happy all the way into the New Year. 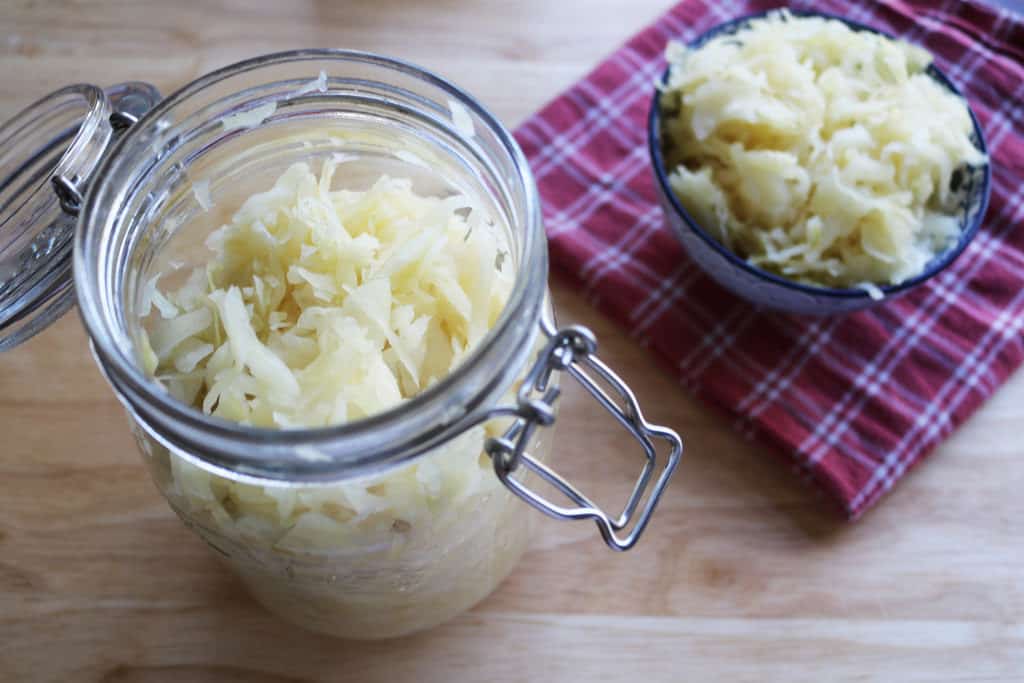 A staple dish in Eastern Europe, Sauerkraut is finely cut cabbage that has been fermented by various lactic acid bacteria. It has a distinctive sour flavour, very unlike the raw cruciferous vegetable itself, and can be used as an accompaniment to your lunch or dinner. Thanks to its fermentation process, sauerkraut feeds the good bacteria in your gut and can help to combat inflammation.

The same concept as sauerkraut, kimchi uses pickled cabbage with a combination of vegetables and the addition of spices such as ginger and red chilli flakes. Known as the ‘Korean Superfood’ kimchi is a nutrient-packed side dish that can spice up your meals and aid digestion.

Cassandra advises: “Make sure you get raw sauerkraut or kimchi; if it doesn’t say raw on the label, it’s probably been pasteurised, which kills all the beneficial bacteria.”

Cassandra says: “Like sauerkraut and kimchi, traditionally prepared miso contains natural ‘friendly’ bacteria as well as live enzymes, which play many roles in gut health, including breaking down and absorbing nutrients and helping to keep the ‘bad’ bugs at bay. Miso is also rich in essential minerals and a good source of B vitamins, vitamins E, K and folic acid.”

For the greatest benefits, make sure you go for unpasteurised miso, as the pasteurised versions are heat-treated and will only contain minimal – if any- beneficial bacteria. And if you’re using unpasteurised, don’t heat your miso to too high a temperature, for the same reason; add it to sauces or cooked foods at the end of cooking, or use it in dressings, dips or spreads.’

Get fizzy with it

Kombucha is a fermented drink made from green tea, cane sugar and a live culture called a ‘SCOBY’ (Symbiotic Colony of Bacteria and Yeast). Equinox Kombucha is the best we’ve tasted, coming in a range of delicious flavours, knocking back a glass of this a great way to start the day. 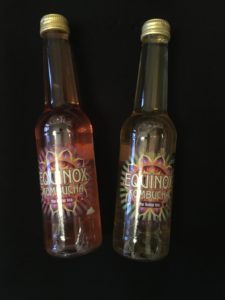 Cassandra comments: “Kombucha, such as Equinox Kombucha, is good for our gut because it contains natural friendly bacteria. It’s like a natural probiotic in drink form – but better, because it can provide a much wider range of bacteria than a typical probiotic supplement or yoghurt drink, and also contains vitamins and enzymes that are produced by the bacteria during fermentation.” 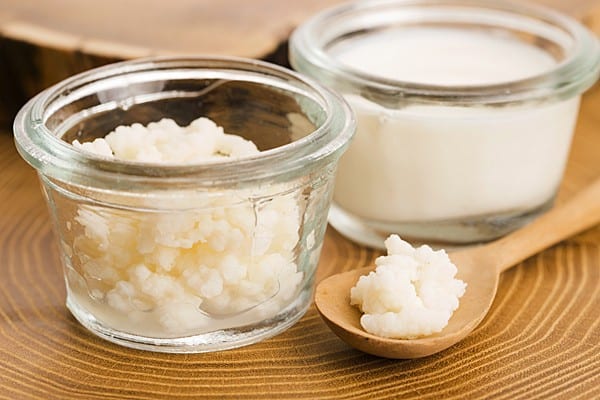 Originally from the mountainous region that divides Asian and Europe, kefir is a cultured, fermented milk drink that is similar to yoghurt but with a slight fizz and sour taste. Rich in probiotic bacteria and a good source of calcium, kefir has impressive health benefits. What’s more, studies suggest those with lactose intolerance can tolerate kefir.

A first of its kind in the UK, CICIONI is a new one to the fermented food world and uses nuts, notably almonds and cashews to create a plant-based delicacy. A great option as a healthy snack spread on crackers, it is similar in appearance to cheese and is a worthy replacement after dinner in our book. It can be sliced, diced, crumbled and is a massive hit in our book. 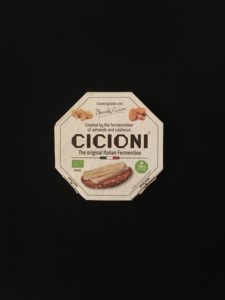 According to Cassandra: “Nuts are one of the most nutrient-dense foods we can eat – full of minerals such as magnesium and potassium, as well as healthy fats and protein. But raw whole nuts can actually be quite difficult to digest. The fermentation process that CICIONI undergoes greatly increases their digestibility, allowing us to properly absorb all those amazing nutrients! In addition, you’re getting all the benefits of a plant-based food, such as lots of fibre for better digestion and minimal saturated fat.”