10 Christmas Songs That Don’t Make you Want to Scream

So we’ve reached the season of serious overindulgence. The Xmas party is looming with its promise of vats of booze being drunk and some dodgy moves being thrown on a dance floor you wouldn’t consider hitting when you’re sober.

Another stone cold guarantee is the one thing you’ll be waking up with the next day is a hell of a hangover. But fear not, The MALESTROM has delved into the annuls of history to bring you hangover cures for that sore head from ancient wisdom, and a couple a bit more modern. We’ve even road tested them ourselves, all in the name of science of course.

The renowned Greek physician and pharmacologist Dioscorides (you’ve heard of him right?) said that eating five or six almonds before you get stuck into the booze will help prevent drunkenness. He thought the humble almond highly effective in aiding liver and kidney disorders.

The MALESTROM rating: 8/10 – We must admit this one seemed to work fairly well. Thumbs up to Dioscorides.

Some Haitian’s apparently swore by a spot of harmless voodoo to clear the head. They would stick 13 black pins into the cork of the bottle responsible for the intoxication. Locals say it provides an instant cure and rids the body of all sickness and aches.

The MALESTROM rating: 2/10 – This one didn’t seem to have much effect. Not one for us as it conjures up memories of the scary Bond villain from Live And Let Die. 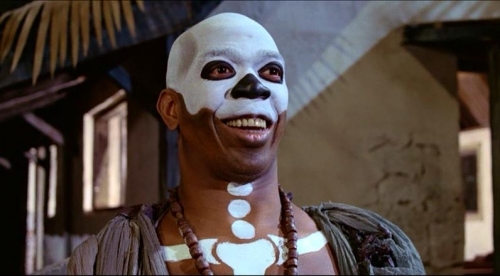 The ancients believed boiling a humble cabbage then scoffing it down helped the liver to metabolise alcohol due to the minerals in it. It was a custom amongst Egyptians to eat it before they touched any other foods. The Romans were also fans, they even went as far as writing a poem about it …

Last evening you were drinking deep. So now your head aches. Go to sleep: Take some boiled cabbage when you wake, and there’s an end to you’re headache!

The MALESTROM rating: 7/10 – This seems to be a bit of a winner as well. Those Ancients weren’t daft!

No, The MALESTROM is not advocating tossing a caber the moment you wake up after a heavy one, but rather a Scottish concoction used for centuries to cure sore heads. Mix a tablespoon of cornflower into a pint of buttermilk and season with salt and pepper and you’ve got yourself a Highland Fling.

The MALESTROM rating: 6/10 – Not the most pleasant but it seemed to have a positive effect. We imagine the go-to remedy for Scots is probably more likely to be Iron Bru these days. 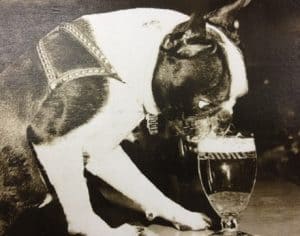 HAIR OF THE DOG

We’re not sure if this was one of the ancients methods of choice but we here at The MALESTROM have been using this one for what feels like centuries. The saying comes from Medieval times when it was believed that placing the hair of the same dog you’d been bitten by could keep rabies at bay.

Nowadays it obviously means drinking something not long after waking up to keep the hangover at bay. The Danish are advocates, they like to indulge in a “Reparationsbajer” or “recovery beer’ the morning after the night before. It was also a favourite of bourbon swilling late rocker Lemmy from Motörhead who once famously said …

“To get hangovers you have to stop drinking”.

The MALESTROM rating: 5/10 – Tried & tested, it definitely works, but in a way this one’s just delaying the inevitable. If you go down this route we recommend a Bloody Mary with its hair of the dog vodka and anti-oxidant packed tomato juice.

Ancient Egyptians may have turned to plant life for a cure. A Greek papyrus translated last year said the afflicted would have strung leaves together from a type of shrub called Alexandrian Chamaedaphne and worn it around their necks. Each to their own.

The MALESTROM rating: ?/10 – Ok we’ll hold our hands up we didn’t try this one, Alexandrian Chamaedaphne is a bugger to get hold of this time of year. 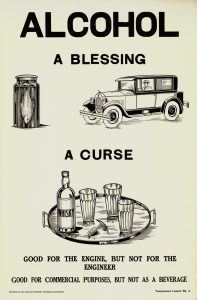 WATER – Drinking alcohol dehydrates the body so you need to get plenty of water down your neck before and after a night on the town. Our brain consists mostly of water so we need to make sure we don’t dry it out.

Keep some Coconut water in the fridge, it’s particularly good as it’s full of potassium and other nutrients to aid nausea and dicky stomachs, it also adds alkalinity to your body to sponge up excess acidity.

FOOD – Eating a slice of plain bread (no butter) the morning after helps with acidity like Coconut water. Carb-rich foods are the key here, so get stuck into them. Eggs are great to refuel on, bland carby foods are the best like rice, potatoes and oatmeal.

So there you have it, hopefully, one of these methods will help sooth that sore head after a night on the sauce. We’ll leave you with some words of wisdom on drinking from the late great Frank Sinatra …

“Alcohol may be man’s worst enemy, but the Bible says love your enemy”