Extreme Adventures: Travelling Through the Sahel with Reza Pakraven

Hailing from North Wales and Yorkshire, The Trials of Cato are rising stars on the UK folk scene. Comprised of Will Addison (Irish bouzouki), Robin Jones (mandolin) and Tomos Williams (guitar), they formed their band three years ago while working as English teachers in Beirut, Lebanon.

Singing in both Welsh and English, the Trials of Cato have torn onto the musical landscape playing their very own unique brand of folk. In 2018, they released their debut album Hide and Hair (BBC Radio2 Folk Awards winner), which brought them to the attention of Mark Radcliffe and Cerys Mathews.

Since then it’s been an upward trajectory, winning ‘Best Album’ at the BBC Radio 2 Folk Awards and ‘Best Emerging Artists 2019’ in the inaugural Welsh Folk Awards; 2020 will see the band play Celtic Connections, before touring the UK and internationally, along with recording a new album.

We caught up with Tom, Robin and Will to chat about life, touring and what 2020 has in store. Meet The Trials of Cato.

The MALESTROM: How did The Trials of Cato come to be?

Robin: We all moved out to Beirut in Lebanon after we graduated from university to work as English teachers. We took our instruments out with us and started playing and jamming, and we got ourselves a few gigs out there. We stayed out there for about two years in total, played a few shows and in the end, we decided to come back and do it in the UK.

TM: How did you choose the name for the band?

Tom: When we first moved to Beirut, we lived with a Norwegian friend of ours called Cato. He let us move in with him into this office space he was using as an apartment, which was great, except that Cato really didn’t like the music that we played. He used to come home and find us practising in his living room and that used to get his goat a bit and wind him up. So we are collectively The Trials of Cato.

Will: We’re going to Norway in the summer, so hopefully we will see Cato then. We haven’t seen him since we came back to the UK. We don’t know how much he knows about all that’s been going on and us using his name!

TM: Where do you call home?

Robin: We all live currently in Cambridge. However, Tom and I are originally from North Wales, both from Wrexham, and Will is from Leeds. We’ve been living together for the past few years.

TM: How important is it for you as a dual heritage band to sing in both Welsh and English?

Will: The Irish and the Scottish music tradition is well known internationally, and there is a Welsh scene as well but it’s not as well known. The more we can do to help that in any way, I say this as a Yorkshireman, the better. I don’t speak the language and I don’t understand it, but I am behind the cause. I get why it’s important.

Tom: He’s one of us now as he has represented Wales internationally and has a Welsh Folk Award. 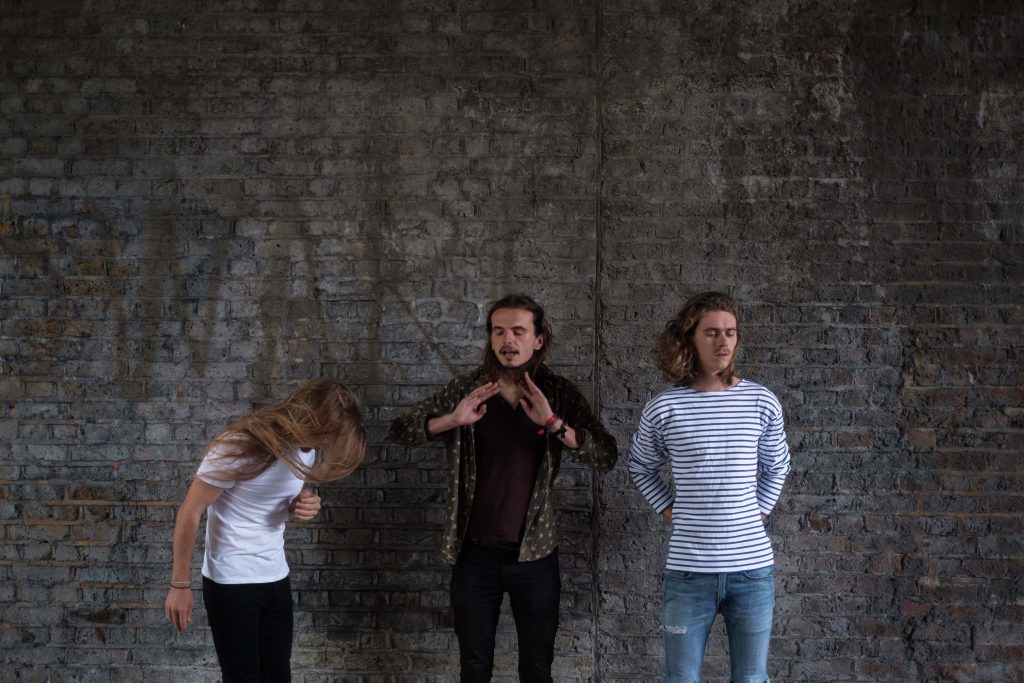 TM: What are your prime musical ambitions?

Will: We’ve always wanted to play Glastonbury in any capacity. We think it is achievable that we may end up on a small stage in Glastonbury. It would be cool to say that we’ve played there.

Further afield, we’d like to tour more countries, keep going, write more music that people enjoy. Hopefully, we’ll also play a part in revitalising folk music to an extent. There are a few new bands coming up that are playing traditional folk music but are trying to give it a more contemporary twist. So, being a part of that is quite cool.

TM: What would you be doing right now if you didn’t have a career in music?

Tom: We probably wouldn’t be in the UK. We’d still be teaching English somewhere.

Will: In some far-flung country.

Robin: Yes, I think we’d all be doing something like that.

TM: Ok, you’re hosting a meal for three guests – then can be famous, friends, dead, alive, whatever – who are they?

Robin: I would probably play it safe and invite Andy Irving because he is my mandolin hero.

Will: An obvious one, but I’d invite Jesus.

TM: Your stranded on an island, you only have one album. Which is it?

Will: The Doors’ first album [The Doors]. 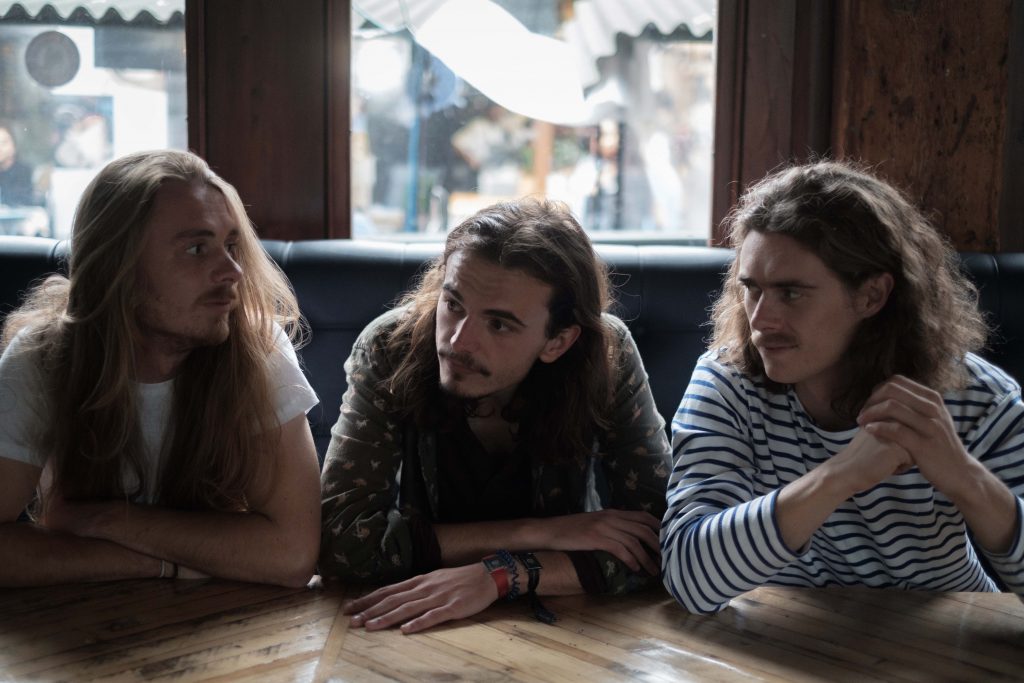 TM: Who’s the one person you call in a crisis?

TM: Who’s the best cook in the band and what’s your signature dish?

Tom: Will and his roast chicken dinner with homemade Yorkshires.

Will: Are you sure it’s not Robin’s beans on toast?

TM: If you could collaborate with any musician alive or dead who would it be?

Robin: I would say, Mike Heron and Robin Williamson from the Incredible String Band.

TM: What fruit or vegetable do you most associate with?

Will: Rhubarb, as it is grown in Yorkshire.

TM: What was the last book you read?

Will: I am in the middle of the Lords of the Desert, James Barr.

Tom: Lives of the Caesars.

Robin: A book about pirates called Under the Black Flag.

TM: What’s the best gig you’ve ever been to?

Will: Rage Against the Machine at the Leeds Festival. 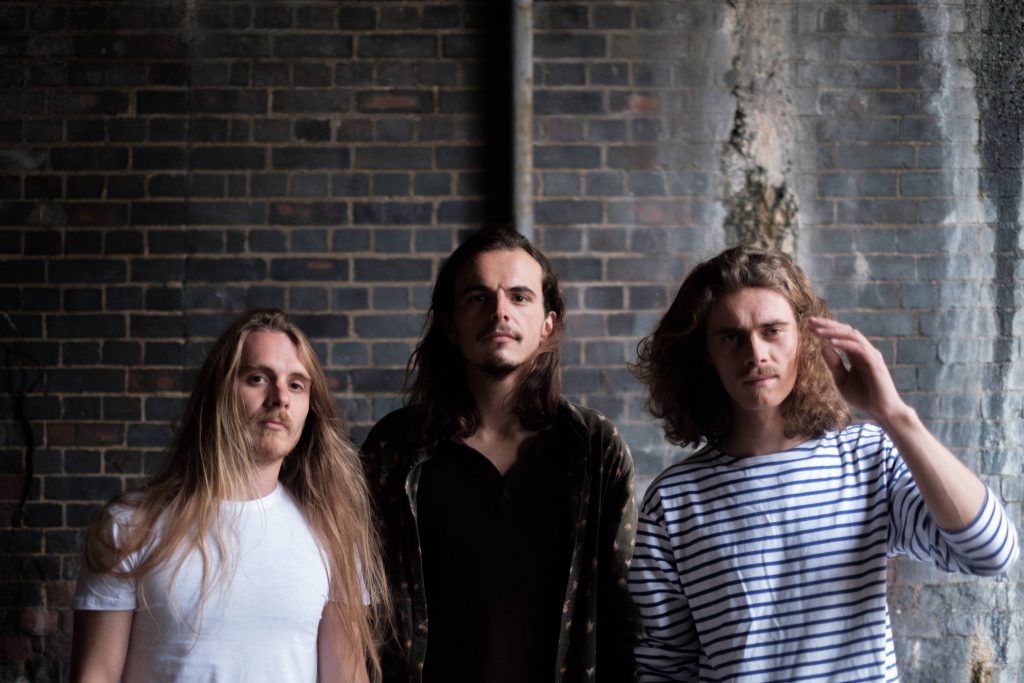 TM: Tell us about the worst gig you’ve played…

Will: So many to choose from…

Robin: The National Eisteddfod, it was because of the rain, it wasn’t anyone’s fault. We had to drive there from the middle of Brittany and the weather was horrendous. When we got to the Eisteddfod, in Llanrwst, it was like the apocalypse. Half our gear was broken, the soundbox blew up, there were only around 20 people there because of the rain and the venue change. It was just a disaster.

TM: Where would your dream gig take place?

Will: Apart from Glastonbury. The Cross in Chester. We used to busk a lot in Chester, so it would be cool to do an open-air gig in the middle of the street in Chester by The Cross. A bit unrealistic but that would be a good gig.

TM: With songs like ‘These are the things’; and ‘Tom Paine’s bones’; how much does the environment, especially the political environment around you affect your music?

Will: More than we say directly on stage. It occupies our thoughts so it leaks into our music.

Tom: It wasn’t a conscious effort, but then it just happened.

Robin: Working in folk music, there is a really strong tradition of protest songs especially about workers rights. Songs like ‘Tom Paine’s bones’ and ‘These are the things’ really fit into that tradition. You don’t get many folk singers singing right-wing anthems, they all tend to be pretty left.

TM: How did it feel to win ‘Best Album’ at the Radio 2 Folk Awards?

Robin: It was quite a nerve-racking evening; we didn’t know beforehand whether we’d won or not. It was a bit of a nail bitter, but we were very happy to win. We’re very grateful to those who voted for us, as it was a public vote.

Tom: A new album. We’re hoping to release a second album and hopefully develop the music that we play, make some new sounds and hope that people still want to listen to it.

Robin: We’re aiming to get it out during the latter half of 2020, but there is no specific date yet.

For all the latest news and touring schedule visit The Trials of Cato’s website: https://www.thetrialsofcato.com/