The Power of Podcasts: True Crime Shows That Sparked Investigations

In the 1980s prior to the Premier League’s incarnation – yes football did exist people – the old First Division was awash with some seriously stylish football kits. Alright, the shorts were tighter than a duck’s backside but the shirts were a symbol of glorious tribalistic devotion.

It was a time of pinstripes and block colours, by manufacturers such as Le Coq Sportif, Hummels and Asics – while, and perhaps most pertinently, the sponsorships ranged from beer companies to well, more beer companies and people who made TVs and Video Recorders.

A glorious time when footballers wore black boots and played on pitches with puddles and a tackle really was a tackle. Look we’re not besmirching the modern game, it’s a wonderful thing, but so was football in the 80s and so were the bloody kits. Let’s take a look at the best 80s First division football kits. 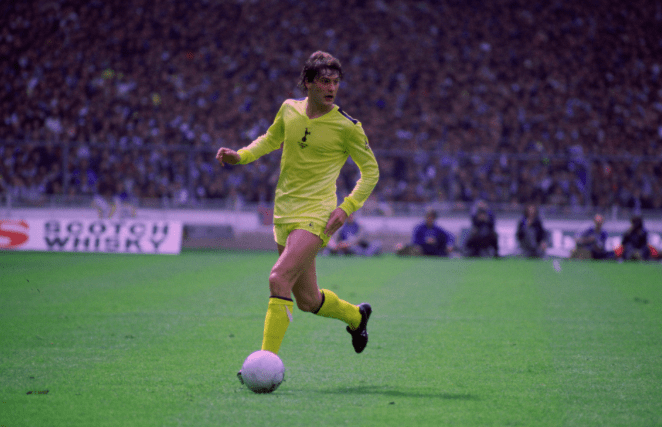 Back in 1982 the FA Cup winning Tottenham Hotspur team which featured Ray Clemence, Chris Hughton, Glenn Hoddle, and Garth Crooks and get this, minus Ossie Ardiles who had been allowed to miss the final to join up early with Argentina’s World Cup squad – can you imagine – were sporting this sublime away kit.

Their hugely profitable season that saw the team record a top-four finish, while also making the semis of the Cup Winners Cup while losing out to Liverpool in the League Cup Final is symbolised by this stunning, classic Le Coq Sportif yellow almost gold away kit, that is a lesson in subtle late seventies, early eighties design.

The simple navy blue shoulder patches add a touch of heritage, while the central chest emblem is pure class. A kit any fan could appreciate. 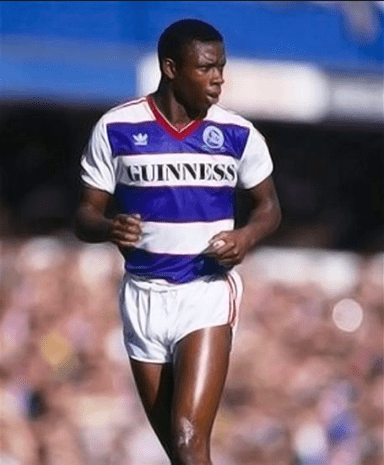 The 1986 FA Cup final was the perfect platform for Queens Park Rangers to parade their stunning Adidas home kit. Unfortunately, they weren’t banking on coming up against a Ray Houghton and John Aldridge inspired Oxford, or perhaps it was down to the fact that back then QPR played on a plastic pitch.

Yes, for most of the eighties Loftus Road had a plastic carpet, mental, and a load of other clubs followed suit, Luton, Oldham, Preston. There were some crazy innovations back in those days and not all of them good. What wasn’t mental, however, is this trad blue and white number with the iconic Guinness sponsor emblazoned in all its glory. 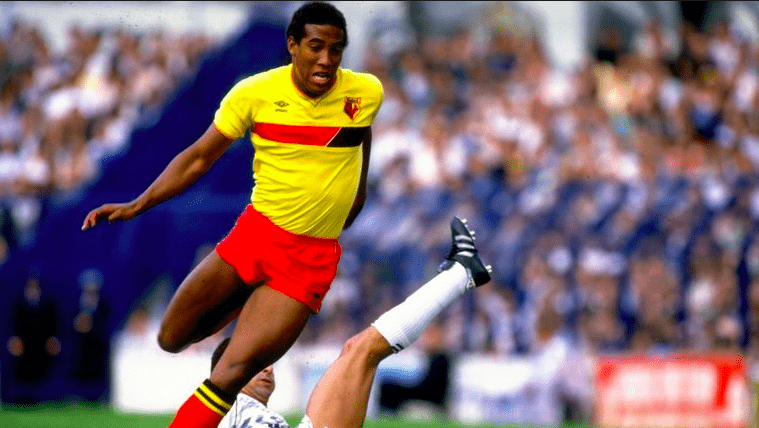 A great kit for a great team. When Elton John appointed Graham Taylor as Watford’s new manager in 1977 (bonkers really), no one could have surely imagined that within the next five years Taylor would have led Watford from the fourth division to the top half of the first.

But he did and throw in a UEFA Cup appearance and a FA Cup Final, it’s the stuff dreams are made of. A bit like this classic lesson in subtle sporting activewear, the Watford home kit screams Hornets, as Umbro absolutely nailed the colour scheme, the red and black block stripe across the chest is inspired. 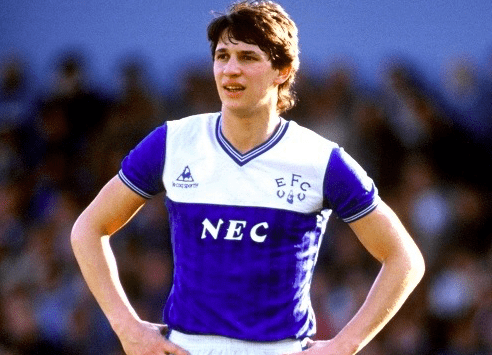 Remember when Gary Lineker played for Everton? Well if you don’t, it was off the back of a period when Everton were a barnstorming football team that was a match for any in Europe and who went to toe to toe with Liverpool season after season, with Merseyside derby at the time being the greatest fireworks display on planet earth.

Lineker only spent a season with the Toffees, but get this, he scored 40 goals in 57 games! He also got to wear this amazing Everton kit, another brainchild of legendary French activewear brand Le Coq Sportif. You don’t get kits like this anymore, shiny, silky, clingy, must have been bloody sweaty, as 80s as Fat Willy’s Surf Shack or Mr.T, it’s a hands-down classic. 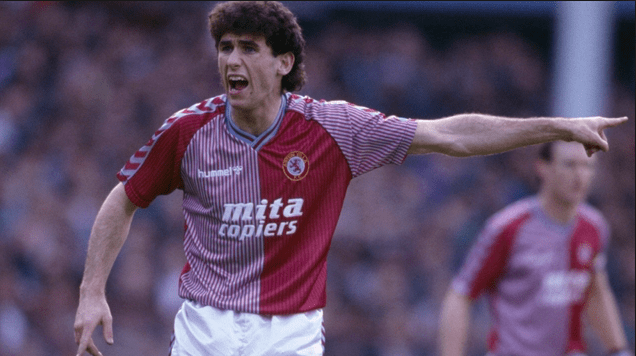 Oh my lordy, what a kit to get promoted to the First Division in. Yes, an Aston Villa team that was inspired by a young Martin Keown and David Platt and led by that man Graham Taylor, who steered them back the top flight after relegation, at their first attempt. And this kit, inspired by the iconic Danish strip from the now cult 1986 World Cup team, was a thing of beauty.

Hummel had cornered the market when it can to arrowed chevrons and alternating colour schemes and pinstripes, this really was their moment in the spotlight, capturing the consciousness of the 80s sportswear enthusiast. It must have been a job and a half trying to mark Tony Daley when he was wearing this mesmerising number. Without doubt, one of the best 80s first division football kits. 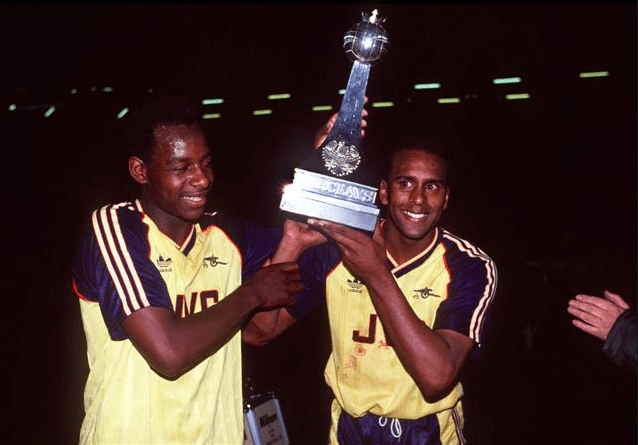 Liverpool fans close your eyes or look away now. Arsenal’s now iconic away strip a symbol of the time they somehow managed to wrestle the title away from Anfield thanks to Michael Thomas’ Diego Maradona impression, is by all accounts a classic.

A season which saw Liverpool and Arsenal play out a title decider in the final game was a script you couldn’t write, but one that was born out of terrible circumstance, and the tragedy of the Hillsborough disaster. For Arsenal, it’s reminiscent of glory, of David Rocastle, a young Paul Merson and Paul Davis – wow what a talent, remember him? Yellow and blue, simple, structured, elegant. 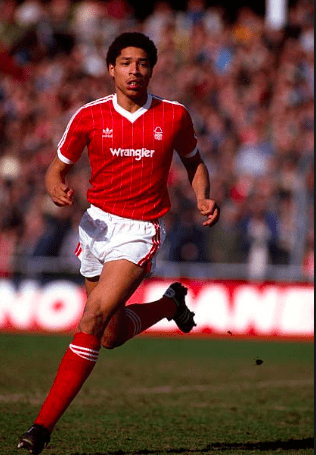 Nottingham Forest in the 80s were a classy, free-flowing team led by the enigmatic man of the people Brian Clough. They were a match for any side in the division and so were their kits. Back then as a rule, and we genuinely don’t know if it was one, Forest were sponsored by breweries.

From Skol and Home Ales to Shipstones and later Labatts and Umbro made most of their kits. Except of course when Adidas did, and this beauty sponsored by Wrangler (yeah it seems nuts) is such a classic 80s kit. This might be one of the best footy shirts ever, seriously look at it. 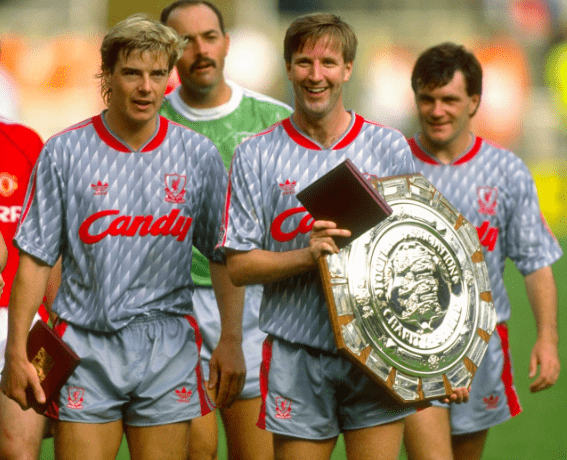 Liverpool could do what the hell they wanted back in the 80s, including picking a teammate out who’s dressed head to toe in grey. An iconic team needs an iconic strip and this ticked all the boxes.

The red tipping across the shoulders and classic eighties woven mesh v-neck and those patterned diamond flashes, it’s a wonder who came up with the original design. And the almost suede, raised logo and sponsorship, which by the way was an Italian manufacturer that specialised in domestic appliances like washing machines, we digress, what a bloody brilliant 80s football kit! 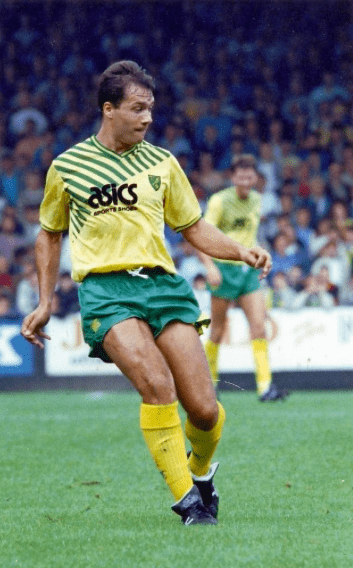 In the late 80s, Norwich City was part of the First Division furniture and in 1989 recorded their highest ever top-flight finish, mounting something of a title challenge, at least until the final weeks of the season.

They also reached the semi-finals of the FA Cup for only the second time ever, so they needed a kit that matched their on-field persona, and they got one.

This highly sought after number – at least among devoted Canaries – saw one of those rare momentous occasions in the world of the football kit, as Asics became both manufacturer and sponsor.

It’s a great kit with the statement bold green strips diluting the famous yellow, this shirt also symbolises a shift in the sportswear landscape as we neared the end of the decade, to a slightly baggier style, a sign of things to come in the Premier League era of 1990s football.

What are your favourite 80s First Division football kits? Let us know in the comments.

Whining and Dining – At Home?