It’s a Reusable Revolution: The Best Coffee Mugs on the Market

Every young lad had his own Serie A team in the 90s, back when the legendary Jimmy Richardson was bringing us epic Sunday afternoons filled with the best football played by the greatest players on the planet.

Many millennial football fans might not realise, but back in the day, it was all about Italian Football, forget the burgeoning Premier League that you could only watch at your friend’s cousin’s mate’s house, or La Liga, pfft! Spanish football was ok, average in fact, although that’s not quite fair, we don’t know because nobody in the UK could watch it at the time, it was all about Serie A, exotic locations, cappuccinos and ice cream sundaes on Sundays.

Yes, the land that’s appropriately shaped like a boot, a home to elegance, style, Diadora and Kappa, also unsurprisingly brought us some of the most glorious football kits ever! Here’s a trip down 90’s nostalgia lane, a time when Italian football shirts were simply referred to by their sponsor. 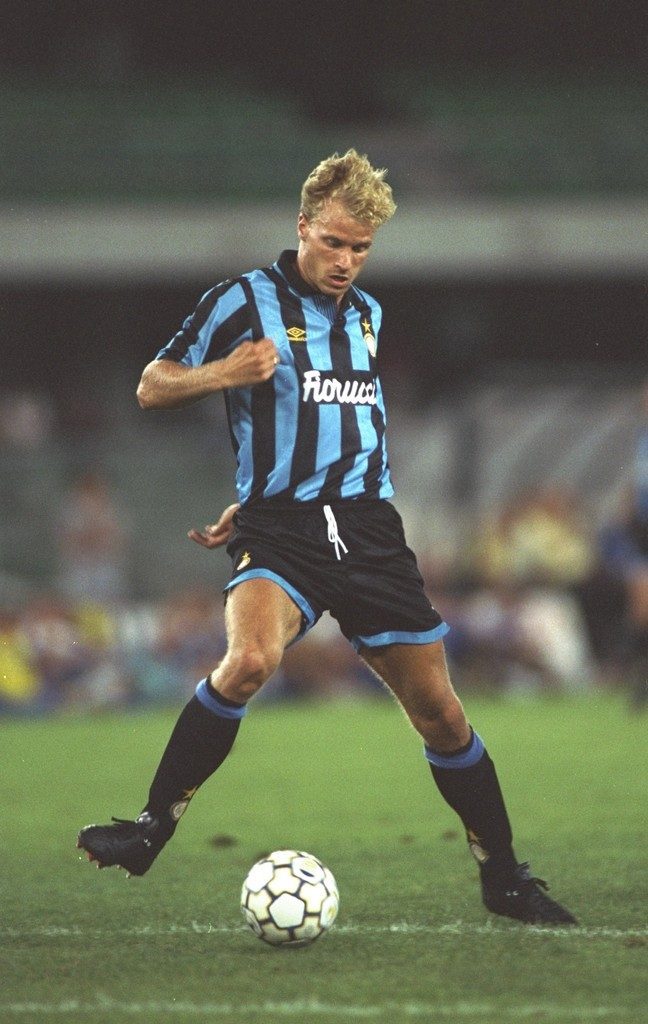 There’s nothing not to like about the Fiorucci circa 1993. What the hell is a Fiorucci anyway? It’s an Italian fashion label, which makes a ton of sense because they wouldn’t put their name to any old kit, only a sublime thing of beauty like this Inter Milan home strip.

And it was fitting for a team that contained Gianluca Bergomi, Nicola Berti, Dennis Bergkamp and Ruben Sosa (oh Ruben Sosa, the diminutive Uruguayan with a piledriver of a left boot), those were the days. Actually, Inter were bog standard at that time despite the talent, it was the red half of the city that was tearing things up. 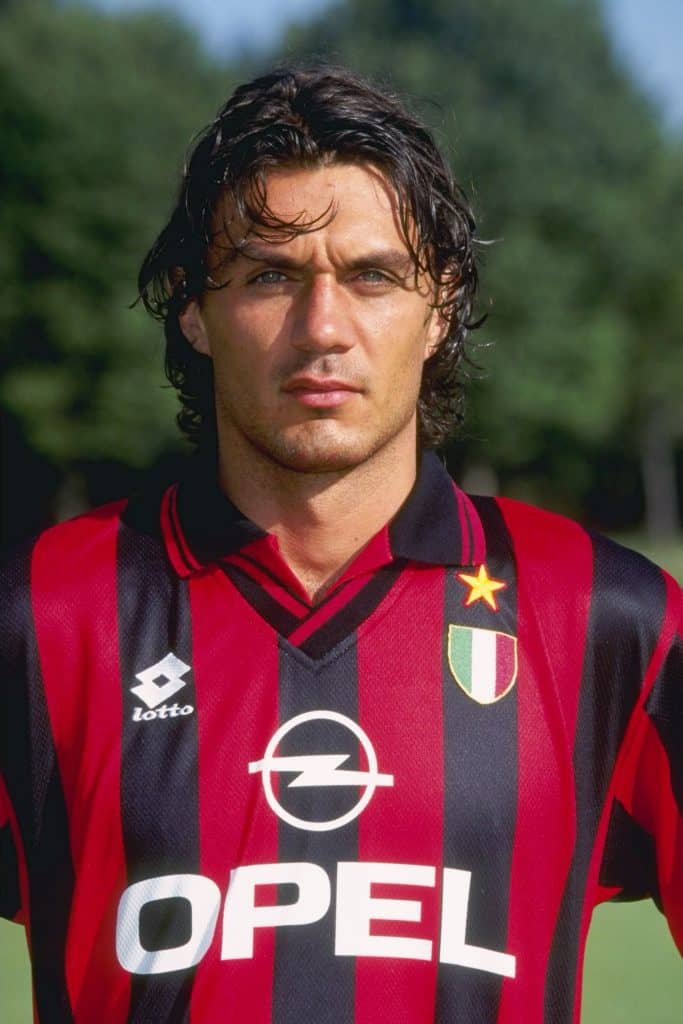 The 1988-90 Mediolanum was a lesson in understated style and subtlety, a classy kit for a classy bunch, however, the Mediolanum was a tad too long a word and hard to read in the thick of the action. Which is why we’ve opted for the OPEL after all a German automobile manufacturer is far more reliable than an Italian bank.

It’s a cool kit back when Italian footy tops were huge, literally. George Weah’s no small man, but he managed to look like a nine-year-old wearing his Dad’s pyjamas. It was a glorious kit for a team on the decline as the Old Lady of Juventus began to overtake them, we’ll get to them later. 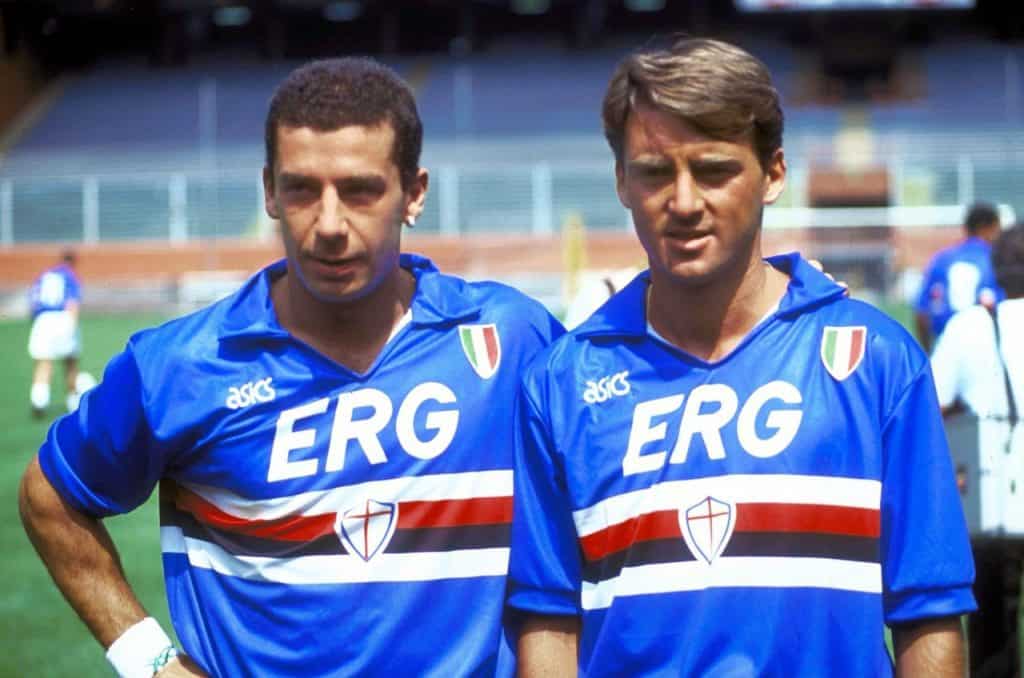 Ah the ERG a la 1991-92, a kit worthy of surprise Serie A champions, most definitely. We’ve opted for this Italian football shirt featuring the Scudetto shield (Italian badge on the left breast) in recognition of their successful previous campaign. A team featuring the likes of Pagliuca, Vierchowod, Mancini, and Vialli, and in the not too distant future, our very own David Platt.

The ERG logo of the Italian energy company above the white and red and black horizontal stripes on the sea blue strip just jumped off the pitch, and was unsurprisingly the brainchild of ASICS, god there was some great manufacturers making kits back then. 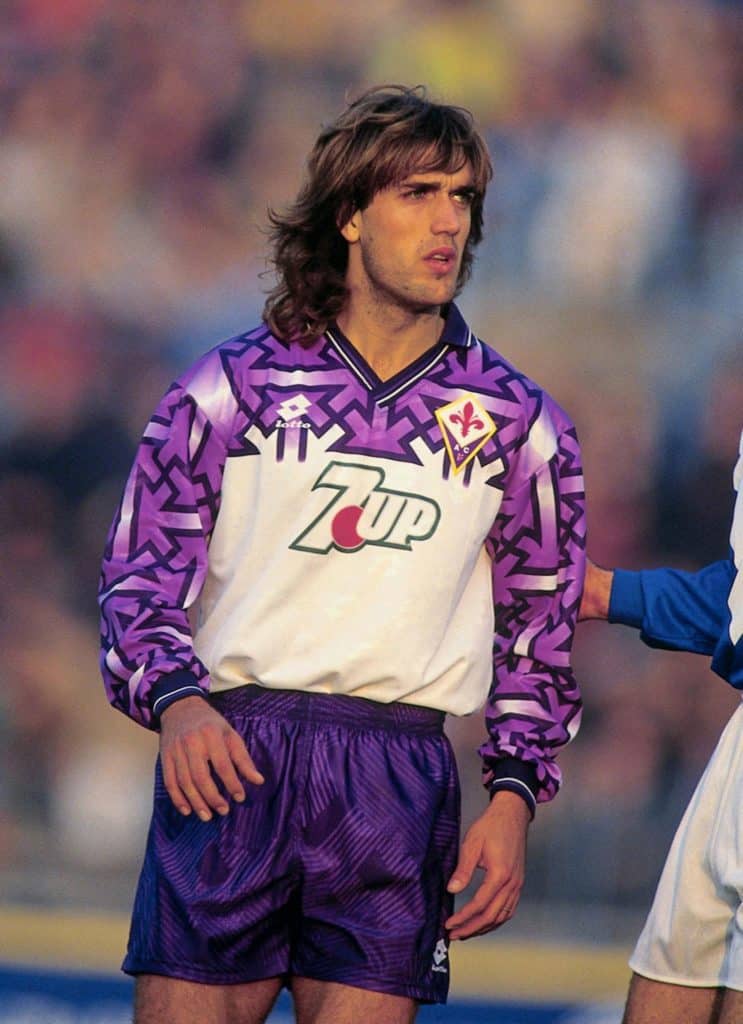 WTF happened here?! Someone at Kappa headquarters must have spent the weekend munching hash cakes and we’re glad they did because this bonkers but beautiful creation was the perfect attire for the equally bonkers Gabriel Batistuta aka Batigol.

The man who much like Roy of the Rovers, with both feet off the ground we might add, scored goals from the most ridiculous of angles and areas of the pitch that most players would never dream of.

It was a wild time down in Florence and nothing says ‘Where am I?’ quite like this 90s rave scene 7up shirt. What a time to be alive. Of course, after Kappa came FILA and they made the beautiful Nintendo ’98, FILA and Nintendo on the same bloody shirt, can you imagine?

Serie A runners-up and Champion League winners Juventus wore probably our favourite Italian football kit of the 90s here at The MALESTROM.

Many swear by the blue away kit with the yellow stars on each shoulder – and yes it was a beauty – but there’s just something about this most classic of kits with the trad vertical black and white stripes, the array of badges and the blue SONY logo.

Made of course by Kappa this beautiful baggy shirt adorned the shoulders of Ferrara, Sousa, Conte, Vialli, Del Piero, Ravinelli, Deschamps, Tacchinardi and Lombardo, not much more to say really, pure class. Sunday afternoons have never been the same since.