World Cup 2018 Preview: Who’ll Top the Goalscoring Charts? And a look at Past Golden Boot Winners

With a bumper summer of sport on the horizon from the World Cup to Wimbledon with golf and cricket in between, there’ll be no shortage of drama and hype as the TV control becomes your best buddy.

Of course, there’s also the downtime, those inexplicable days where your cravings run amok, like the ever so boring first Sunday at Wimbledon or the knockout stages of the World Cup where the games feel few and far between, or moreover when England’s cricketers have had another all too familiar batting collapse and your ticket to watch day four of the test is no longer valid.

Well don’t let those fears overwhelm, we’ve picked out five of the best books about sport, old and new, to satiate your sporting desires… 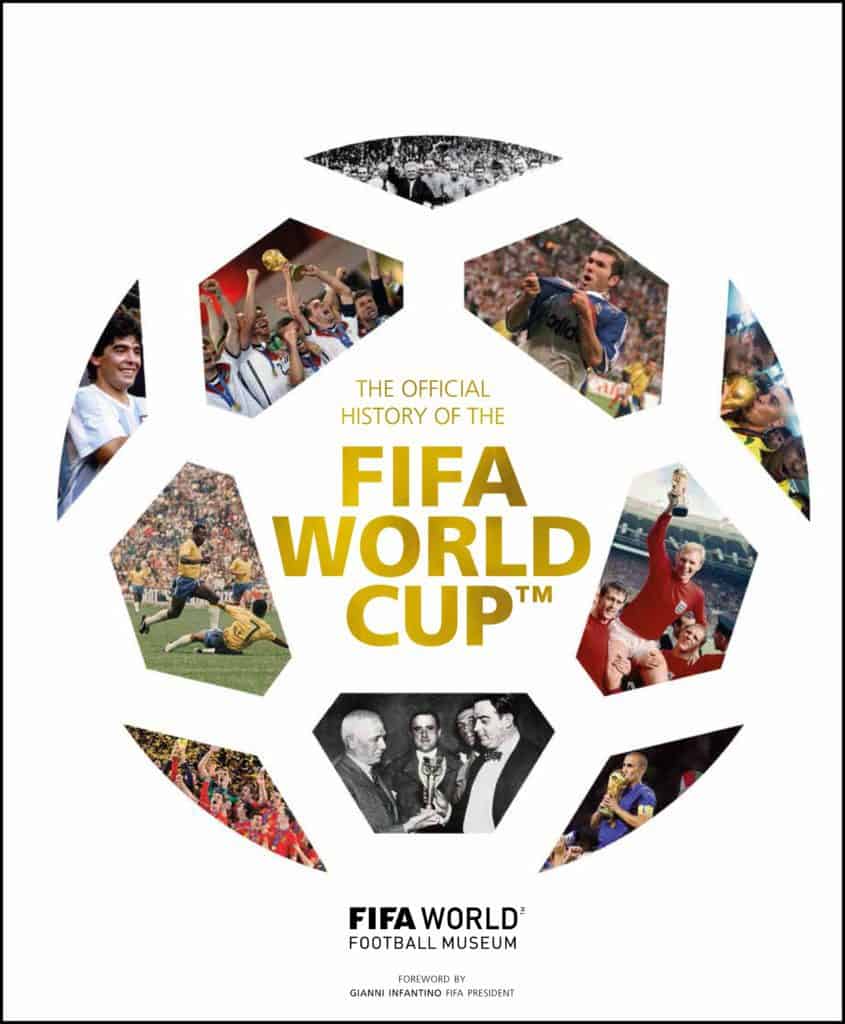 The perfect prescription for all those of you suffering from World Cup fever. This epic and stunning overview of the history of the World Cup has been lovingly compiled by the good people at the FIFA World Football Museum.

Covering every tournament since its inception, this book is packed with incredible photographs, documents, statistics and features on the biggest names and those less well-known characters that have left their footprint on the greatest show on earth.

Apart from owning a serious collector’s item, you’ll also be the most knowledgeable guy in the boozer come tournament time, for example, did you know the 1998 tournament in France was actually the first to feature 32 teams? Or that the issue of time wasting in the 1990 tournament in Italy triggered the rule change that prevented keepers from collecting intentional back passes?

Oh and the very first tournament in 1930 in Uruguay was actually the only one in history to be held entirely within one city!? Pardon, we got a little carried away, order your copy and you too could be become a fountain of World Cup knowledge.

The Meaning of Cricket by Jon Hotten 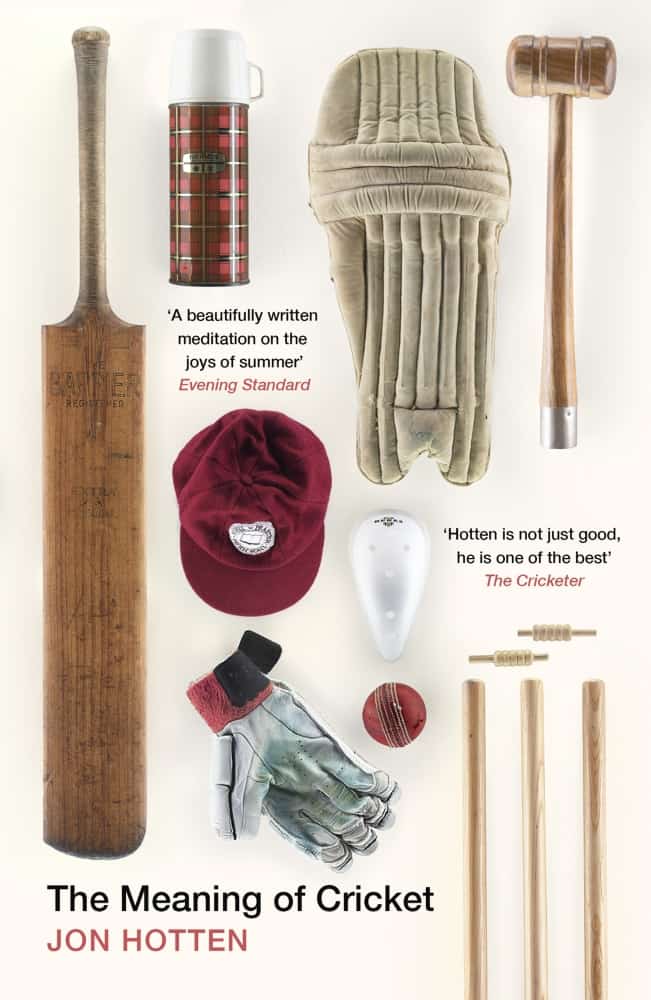 Ah, our beloved cricket. What other sport in the world allows competitors to sit down midway through a match for a banquet of fine dining?

This wonderful book by Jon Hotten attempts to make sense of the complexities, nuances, and quirks of this wonderful game, be it amateur level Sunday league cricket to the mindset of elite batsmen preparing to face a ninety plus mile an hour delivery.

Hotten’s love of the game sings from the pages and his elegant style coupled with detailed analysis of the intricacies of this most eccentric of sports, from the legal width of a bat, the type of willow used, to the composition of a cricket ball and a fascinating inquest into the perils of facing Shane Warne.

To the untrained eye, cricket is bemusing, pointless and time-consuming, but for the lovers, it’s the most captivating and enthralling sporting contest where, as Hotten observes cricket “is a team sport that is almost entirely dependent on individual performance.” A must for any cricket enthusiasts bookshelf. 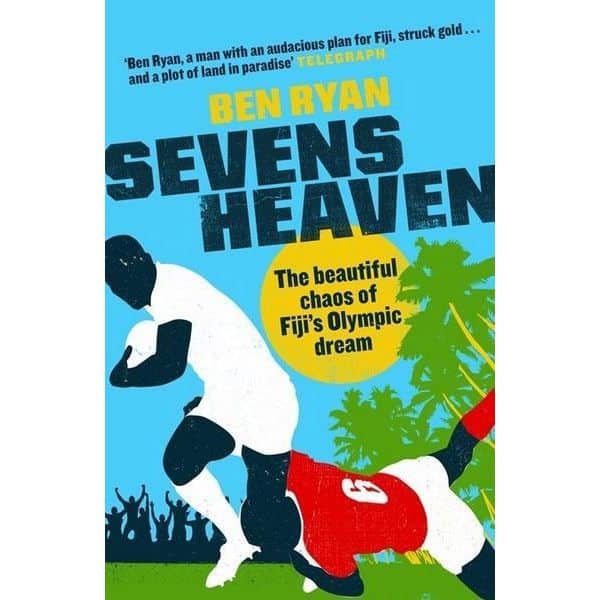 This utterly compelling tale of English rugby coach Ben Ryan’s decision to take charge of the Fiji rugby sevens team and help them realise their goal of achieving Olympic Gold success is so much more than a book about rugby.

A nation bursting at the seams with talent but woefully underfunded, Ryan quickly discovers that saying Fijian’s like their rugby is like saying Brazilian’s take a passing interest in football or the great people of Jamaica occasionally watch a spot of Athletics.

Fiji lives and breathes rugby and for Ryan, the chasm in training methods, equipment, and preparation from his days as England’s equivalent is massive. A devastating cyclone that tears the island apart, personal tragedy’s and poverty are just some of the challenges Ryan faced as he turned this talented but unlikely group of happy-go-lucky sportsmen into world beaters.

The Cyclist Who Went Out in the Cold: Adventures Along the Iron Curtain Trail by Tim Moore 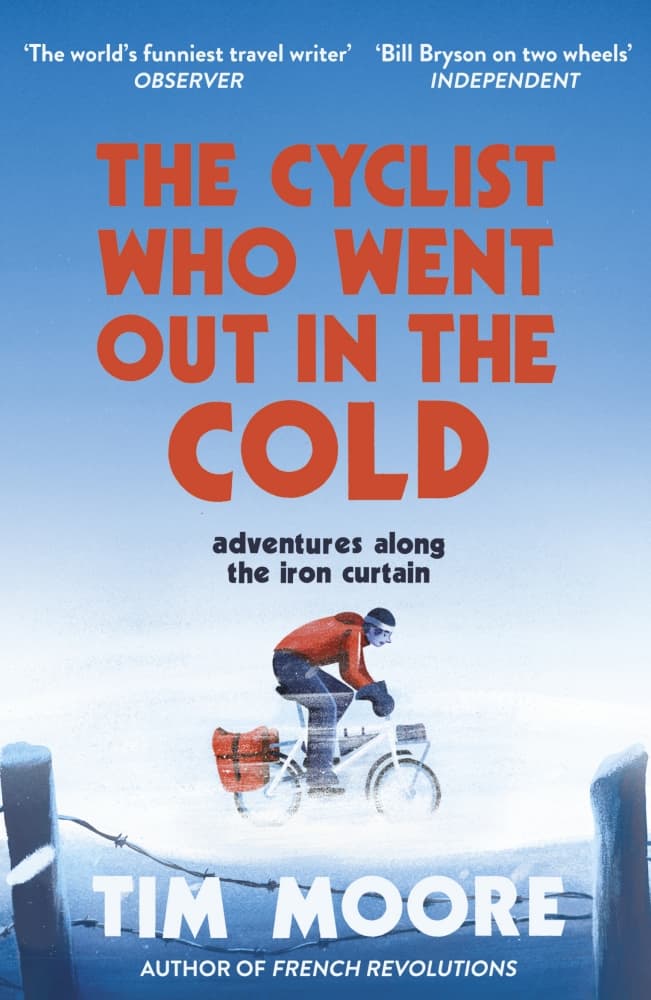 The Independent astutely described Moore as, “Bill Bryson on two wheels”, which rather fittingly engages exactly what to expect from this increasingly prolific cycling literary genius.

Moore’s decision to traverse the 9,000 plus km route of the old Iron Curtain on a vintage £50 East German shopping bike in, for the most part, sub-zero conditions was ludicrous, but that’s exactly what makes his books so enthralling. With little preparation or scope of the challenges he might face, which in this instance includes isolated trails cast in the shadow of a dark and foreboding communist past.

In fact, it’s exactly that thread which knits this wonderful journey together, with Moore a child of the era of East-West divide and the threat of nuclear war, he oh so humorously navigates the people and the places while marvelling at the opportunity to take a carefree ride through this once impenetrable landscape. 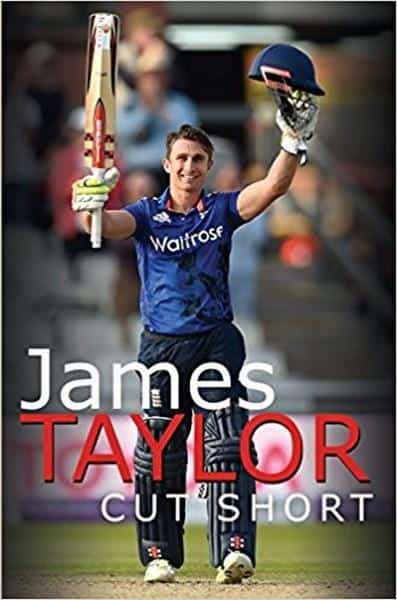 A cricketer’s autobiography, like most other sportsmen or women, is often written after a long successful career when they want to look back and share with the public the years of ups and downs they’ve faced.

With former England batsman James Taylor this wasn’t the case. In the very prime of his sporting life, he was forced to retire aged 26, from the game he loved due to a serious heart problem. Cut Short recounts the dramatic day when in the dressing room of Cambridge cricket club James’ world was turned upside down.

It also shows us the battles he faced breaking through glass ceilings to become a regular for the national side. Honest, tragic, yet ultimately inspirational the book shows how by tackling whatever life throws at you with a positive attitude rewards can still be reaped in the end. Keep your eyes peeled for our upcoming interview with the man himself.