Fairytale of New York: 30 Years on

To say Frank Bruno is one of Britain’s most beloved sports personalities would be an understatement, to say the least. In fact so popular was the big man during his heyday, we often forget just how talented a fighter he was.

Possessing one-punch knockout power and fighting in an era awash with some of the greatest ever to have laced up a pair of boots, Frank Bruno rose through the ranks to become the WBC Heavyweight Champion of the World, beating Oliver McCall at Wembley Stadium.

Twice stepping in the ring with the then volatile ‘baddest man on the planet’ Mike Tyson, Frank also took on Lennox Lewis in a huge domestic clash, being the first time two British Heavyweights had fought for a world title.

Since retirement, there has been another much more serious challenge, his well documented and ongoing battle with mental health issues. It’s been a long road to reach where he is now, but the great news is that Frank is in the best place he’s been for years.

With a new book Let me be Frank set to be top of many Christmas lists this year and with a candid, warts and all stage tour coming soon, we were fortunate to catch up the man himself to tell us all about his health, his thoughts on Anthony Joshua and a potential future training the stars of tomorrow.

The MALESTROM: Tell us what fans can expect from your theatre tour?

Frank Bruno: I work with a very talented compere, comedian Jed Stone, who opens up the show then he interviews me and we talk about boxing, the new book, the life and times, highs and lows of Frank Bruno.

A lot of the theatres are offering VIP meet and greet packages, some with the books. The audience is allowed to ask some questions too.

TM: Your new book openly documents your fight with mental illness. How are you right now Frank?

FB: I am on top of the world, never better. For the first time since I was boxing, I have a structure to my life.

I have a good team around me, an agent who provides the commercial opportunities for me, a PA who deals with my day to day needs, a charity board who run my charity.

It’s all come together and gives me a chance not to get bogged down with the stress that my life involves.

TM: How much have the problems with your mental health affected your family?

FB: You will have to read my book. Haha. It was hard for them. The kids could see their dad, the former World Champion boxer was not well, but then having to deal with it became a hard time for the family, but let’s not dwell on the past we got through it and now we have all moved on.

I was a proud father giving away my daughter earlier this year when she got married. However, some of the problems my family and I experienced in the hands of those put into ‘a caring professional’ I would not want to go through and I feel no one should go through, you really must read my book you know!

TM: Do you worry about losing your way again?

FB: Due to my team and I now having daily structure and me now identifying the warning signs we all feel that God willing we can now stay away from me ‘losing my way’ again.

TM: Mental illness is a hot topic with sportsman such as yourself raising the issue and public figures such as Prince Harry helping to bring it out of the shadows. What do you think of his openness about the issue?

FB: When you look at what Prince Harry had to go through with his mum and the whole world daily trying to look into his life, I am not surprised he and his brother have spoken about their problems.

I have said it before, just because you are royalty or Frank Bruno it makes no difference, we can all be victims of mental health issues, or if not you maybe your mum, dad, friends or members of your family will be affected. 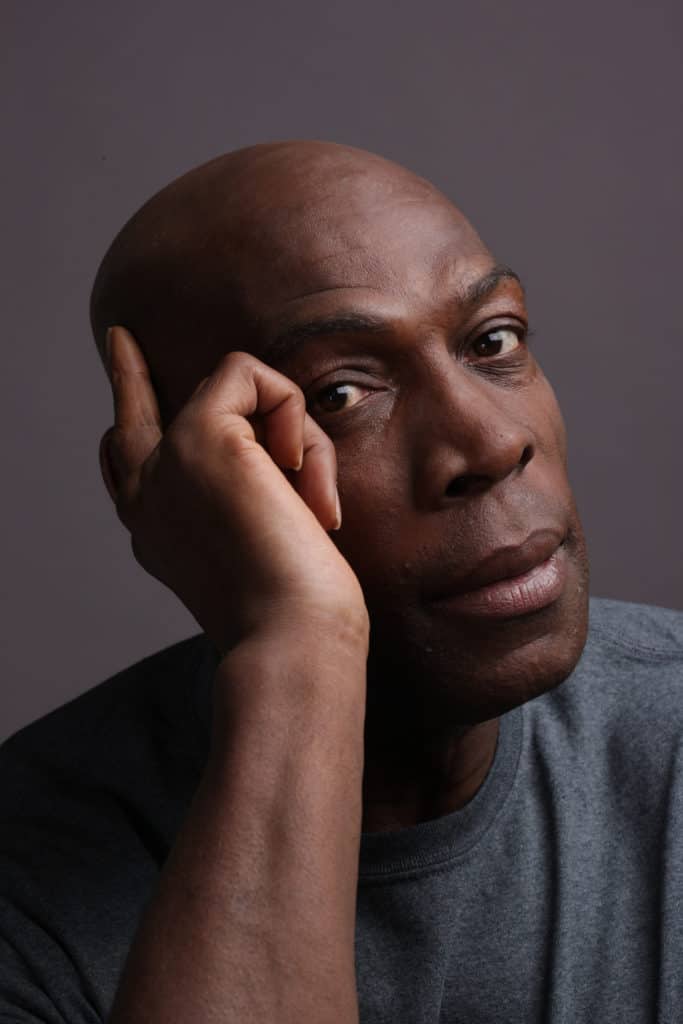 TM: If you could sit down with Tyson Fury and give him some advice as he’s obviously had his own mental issues, what would you say to him?

FB: I am not a doctor and cannot tell anyone what they need to do. I can only tell my own story of how I dealt with my issues. However, I would love to see Tyson Fury back in the ring and a Joshua v Fury fight would be interesting.

TM: We recently interviewed pundit Steve Bunce who had nothing but warm words for you, and the adoration from your fans has never stopped. Has that love played a part in your recovery?

FB: You know, every day I thank God that the British public seems to remember me. I stopped fighting over 20 years ago but still, people pay to come to my shows all over Europe they still buy my book and my memorabilia. I am humbled and thankful to each person.

TM: Do you still have the boxing ring you used to sleep in?

FB: The papers said I slept in it, that’s not quite true, however, it was up in my Garden during the summer of 2003. The ring is used by my Frank Bruno Academy over in Orpington Kent for the boxers they train.

TM: What is your fitness regime like these days? You look in amazing shape, do you still train hard?

FB: I go to Champneys or gyms whenever I can and train most days, but balance that with a massage, steam, sauna. I vary what I do, but feel that where the medical people wanted me to take drugs the rest of my life I use the gym as my medicine.

Can I add, this is my personal way of dealing with my condition and I am not a doctor so please readers do not do what I do unless your medical team advise it is okay. I feel great when I have had a gym session and exercising daily, everyone should do. I watch my diet and don’t really drink.

TM: Do you miss the boxing game? And would you still fight if you could?

FB: I miss the daily routine and structure of boxing but I’ve had my time, I became World Champion and you can’t buy that in Tescos. It’s time for the younger generation to prove their worth and if I can help some along the way that will be great. I now have my boxers trainers license, I just need the time to set up a gym and start working on it.

TM: We have to ask, what do you think of AJ? Is he the real deal?

FB: Well he has proved he is the real deal. I like him, he conducts himself well. He, I hope will be a good figurehead for British Heavyweight boxing. He is young, ambitious and providing he keeps his feet on the floor he could be a champion for a while.

TM: You’ve twice faced Mike Tyson, the man considered to be the most dangerous in the ring of all time, how do you think today’s era of heavyweights would cope against him?

TM: Is there anything that you would do differently?

FB: In boxing, I would have ducked or defended punches from Weatherspoon, Bonecrusher and Mike Tyson!!

Healthwise – tried to identify when I was becoming ill sooner.

Life is a changing lesson on a day-to-day basis, we just have to try and avoid the pitfalls where possible, but when we fall, get up and continue with dignity.

TM: Is there a piece of wisdom from your time in the sport or a mantra that you live your life by you can share with us?

FB: Remember, talk is cheap, actions take time and effort. Do not trust everyone who says the right things, they may be a wolf in sheep’s clothing.

Remember every day to be nice to people, there is too much aggression in this world and that comes from a former boxer! Finally, thank you to everyone who has read this and I look forward to meeting you at one of the theatre shows across the UK.

For signed copies of Frank’s book “Let me be Frank” or for details of his Theatre tour please go to www.frankbruno.co.uk 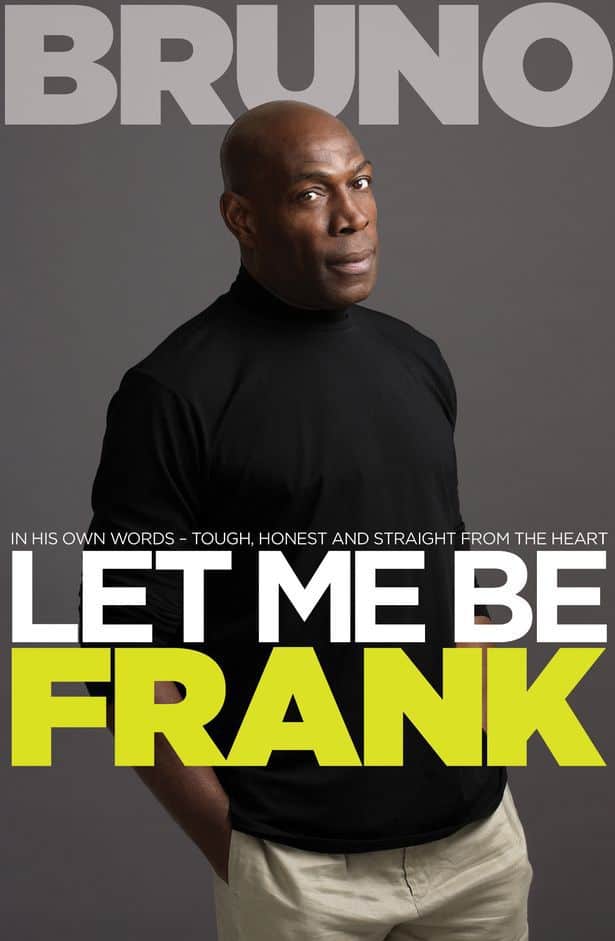